Anzac Day is a very special day for Australians and New Zealanders. 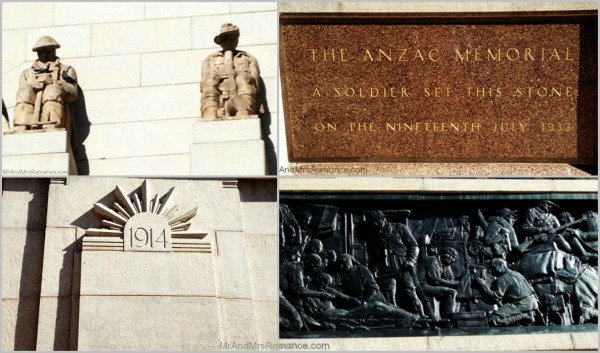 It’s the day we take to remember and reflect on the sad losses our armed forces have suffered in conflicts in WWI and since.

It’s also a day to remember the old ways and to celebrate our culture.

There’s nothing much more Australian than the 25th April; getting up for the dawn service, then watching the Anzacs and their families march after the Last Post. After that it’s down the pub with mates to munch an Anzac biscuit, toss a couple of pennies and down a beer or two with a salute to the fallen.

My first experience of Anzac Day, however, was quite bewildering. I’d just arrived in Brisbane on 25 April 2000. After watching the parade I walked into a pub and found a ring of rowdy punters crowding round a lady in the centre and shouting at her.

I had no idea what was going on at the time and to be honest I was a bit alarmed. It turns out it wasn’t a strange form of woman baiting or a solo attempt at bare-knuckle boxing. It was in fact a game of Two Up.

The game is played on a smooth area (no floorboards) of about three metres across, where you’ll probably hear the following jargon used:

People make side bets with each other on whether both coins will land ‘Heads’ or ‘Tails’, or Odds (or ‘One Them’) where the coins land one heads and one tails. You can also bet against the Spinner, who will usually bet Heads. If the coins land Odds, bets with the Spinner are void and he/she throws again.

The same goes if the coins hit the edge of the ring or don’t flip over before they land.

The Spinner keeps going usually until they throw two consecutive Tails, at which point they pass the Kip to someone else.

Still confused? Watch this video – it might clear things up a bit!

It’s a surprisingly exciting game and is illegal in Australia and NZ – apart from on Anzac Day. People were said to have lost incredible amounts of money on a game of Two Up in the past, which is why it’s been outlawed.

Part and parcel of playing Two Up is beer, which you’ll probably need to keep your nerves under control – especially if you fancy a go with the Kip!

Don’t be tempted with offers of VB or Tooheys or something like that – they’re no longer Australian owned breweries and poor beer besides. If the pub is offering craft beer, go for that. If you’re not sure which Aussie beer to try, preparation is key! Here’s our five-point guide to trying craft beer!

Have a memorable Anzac Day and don’t forget to show your respect at 10:15am with a minute’s silence.

What do you usually do on Anzac Day? Tell us in the comments.

Title image by Mr Romance, screenshots from The Sundowners 1960, vid by Martin Guinness on YouTube.