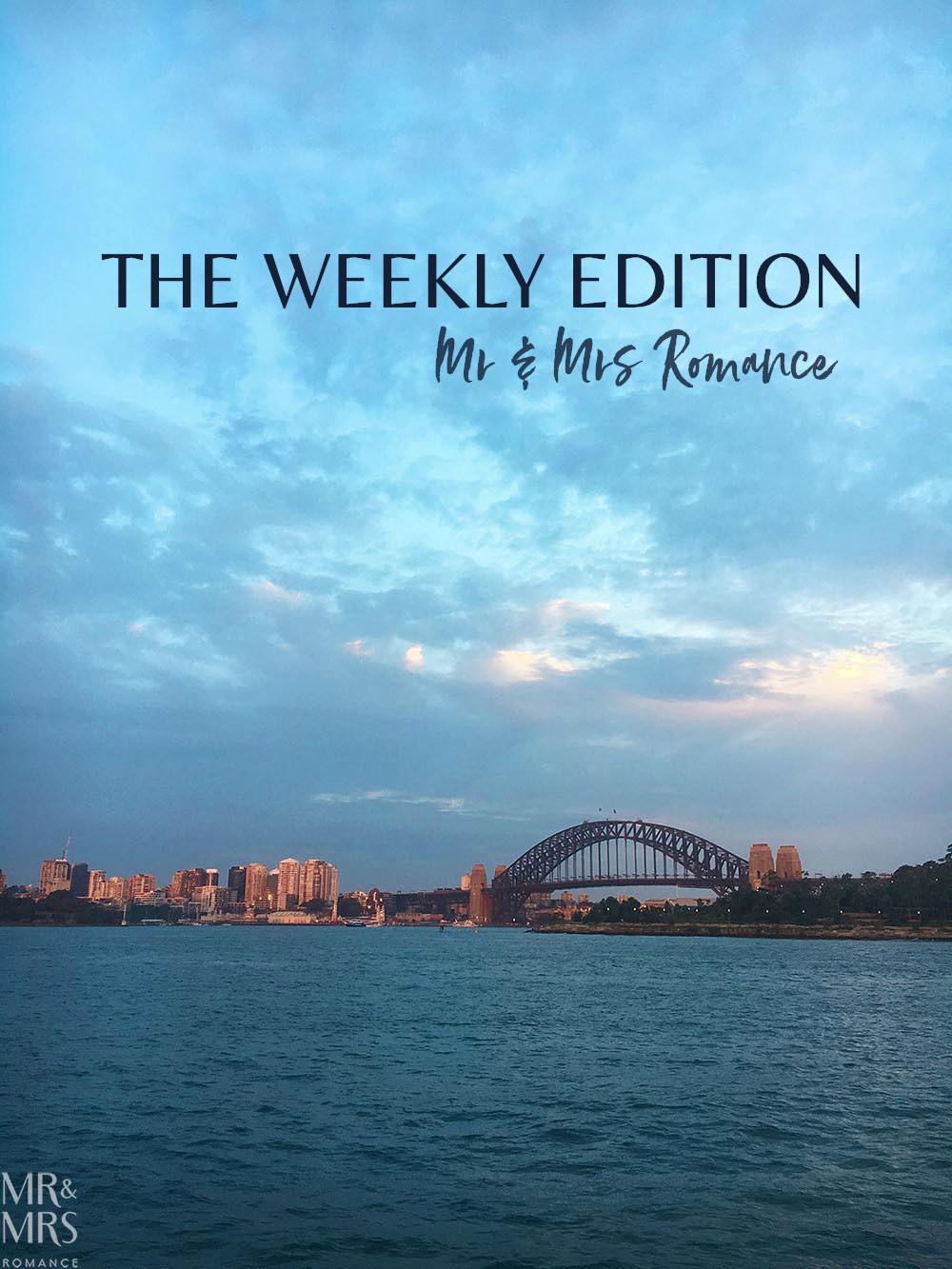 Considering this has only been a short week here in Sydney with the Australia Day public holiday, it’s been a pretty epic one.

Not to mention that it’s now February somehow… I hope this year doesn’t go too quickly. I’m still trying to come to terms with it not being 2018 anymore!

What makes this short week so epic? Well, I’ll show you. A self-guided tour of Sydney’s ‘brewery suburb’ (a dangerous thing to do btw), we innovate the humble pie to new heights, we hit Sydney’s best Hainanese chicken rice place and we enjoy an amazing concert at Taronga Zoo!

Told you it was epic.

We hope you enjoy it though – the latest Weekly Edition: 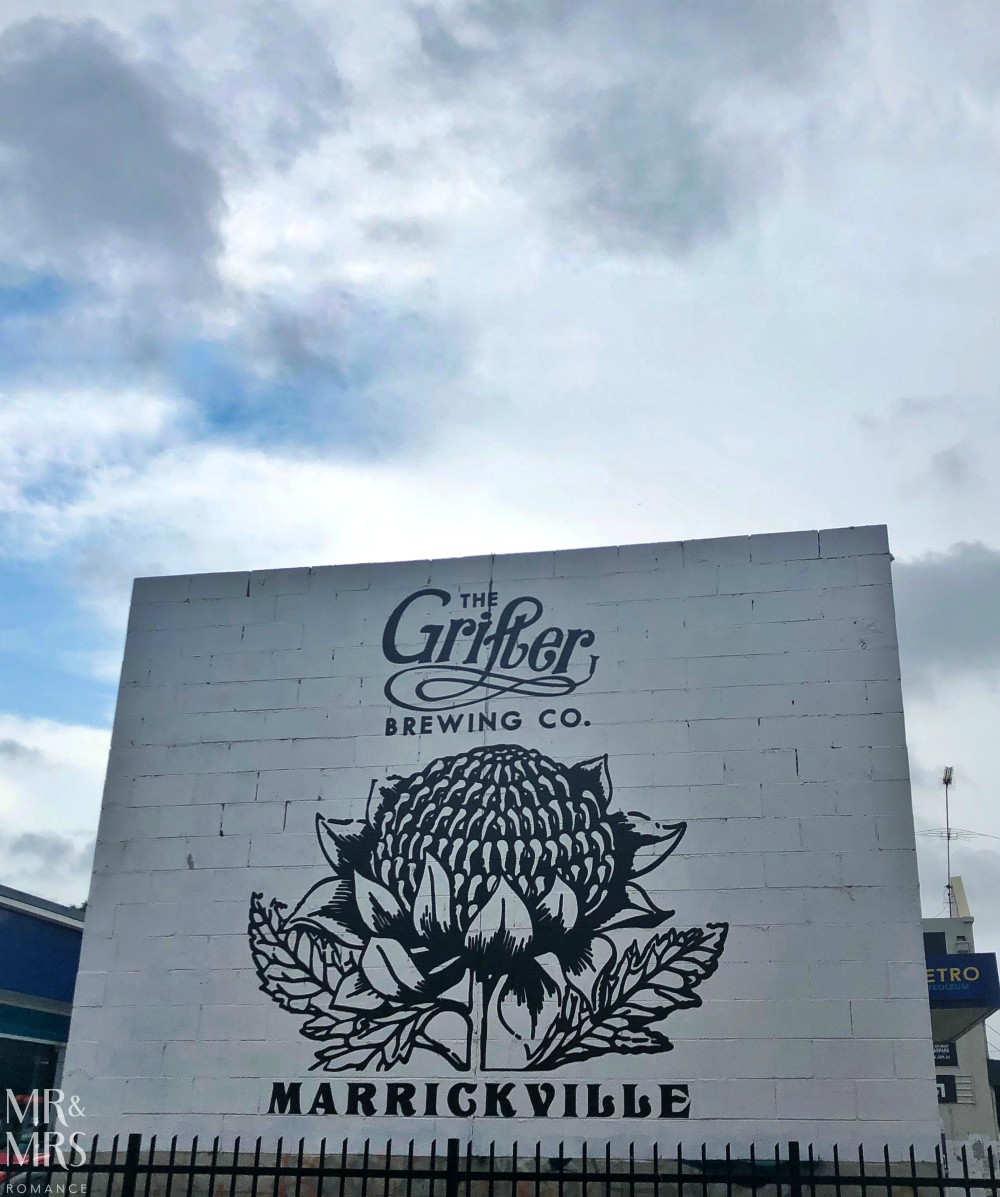 With Monday being a public holiday, my mates Anton, Paul and I have elected today – Sunday – to be the perfect piss-up day. Marrickville in Sydney’s inner west is packed with amazing craft breweries, so we start things off at the Grifter… or we try to do so.

Unfortunately it looks like everyone else has had the same idea and the place is full! With so many other places nearby though, we start walking. Next time, Grifter, next time. 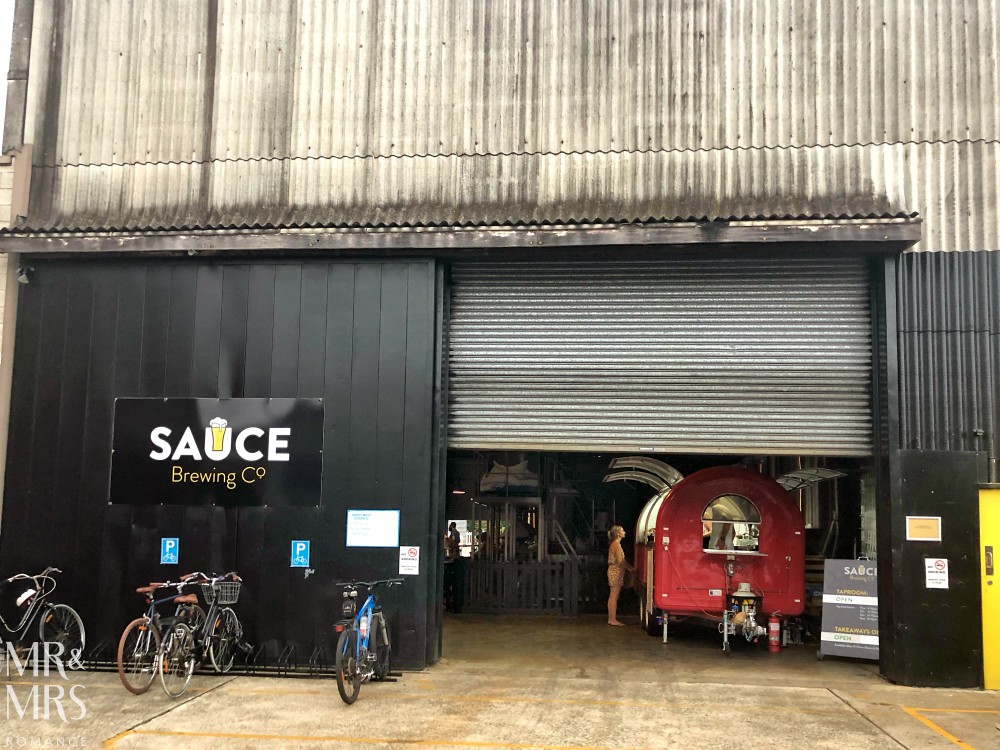 Instead, we head to the home of one of my favourite beers: Sauce Brewing Co. It’s taken these guys a little while to settle in here. They were ‘gypsy brewing’ for a while before they got this awesome spot in Marrickville. Now, it feels like they’ve always been here.

The beer’s superb (two of them in the top 100 beers of Australia) and the food trucks at the entrance change every day, with different morsels to munch on. 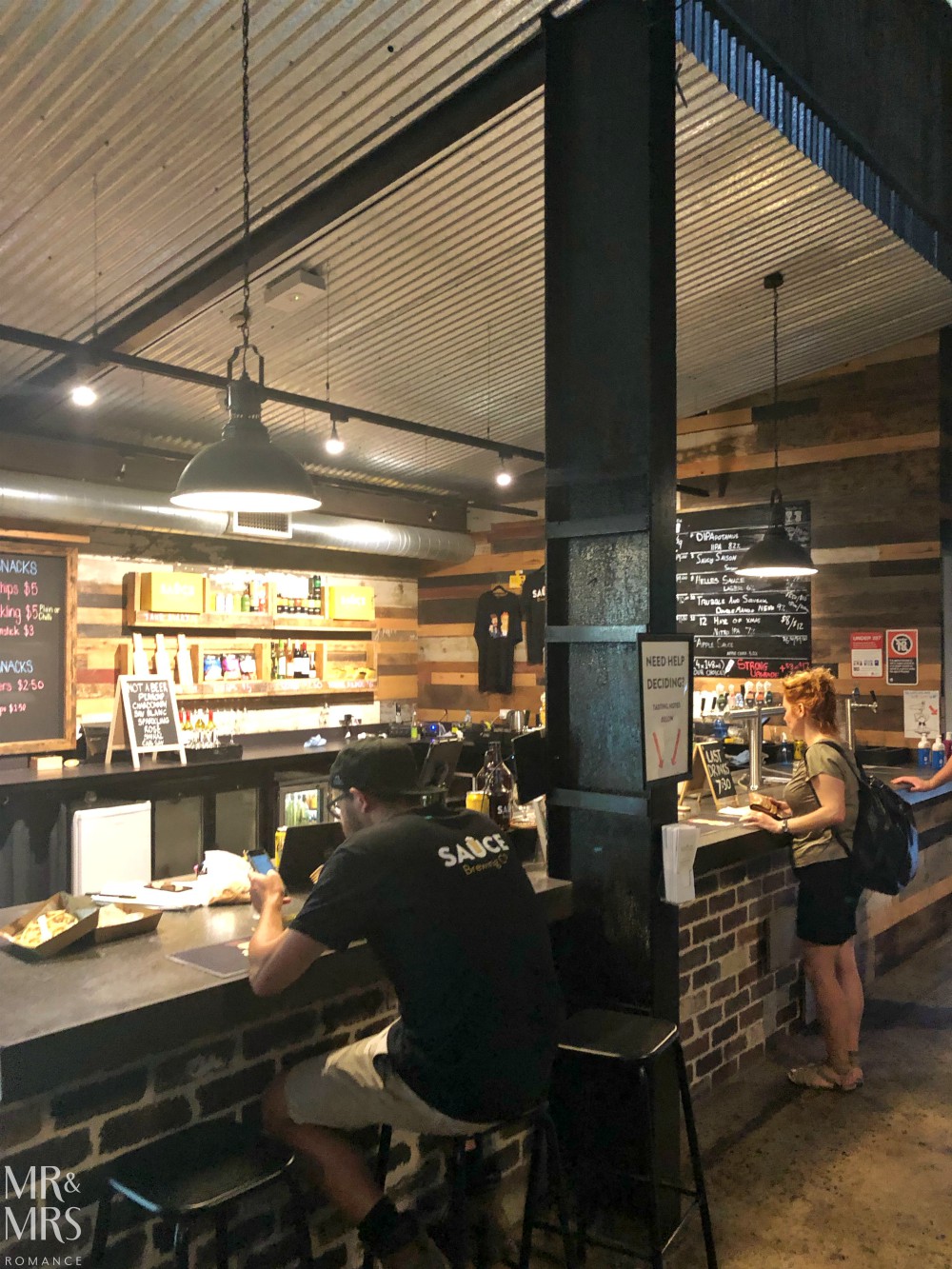 It’s always a good idea to keep an eye on the specials blackboard at Sauce. We don’t find out until it’s too late that they had discovered a barrel of amazing seasonal beer that everyone had thought had finished. The last drop disappears before our eyes.

Thankfully, there are plenty of other exquisite beery options.

The idea of a brewery crawl is to see as many as you can. I don’t think we’re very good at this because we end up staying for four here! 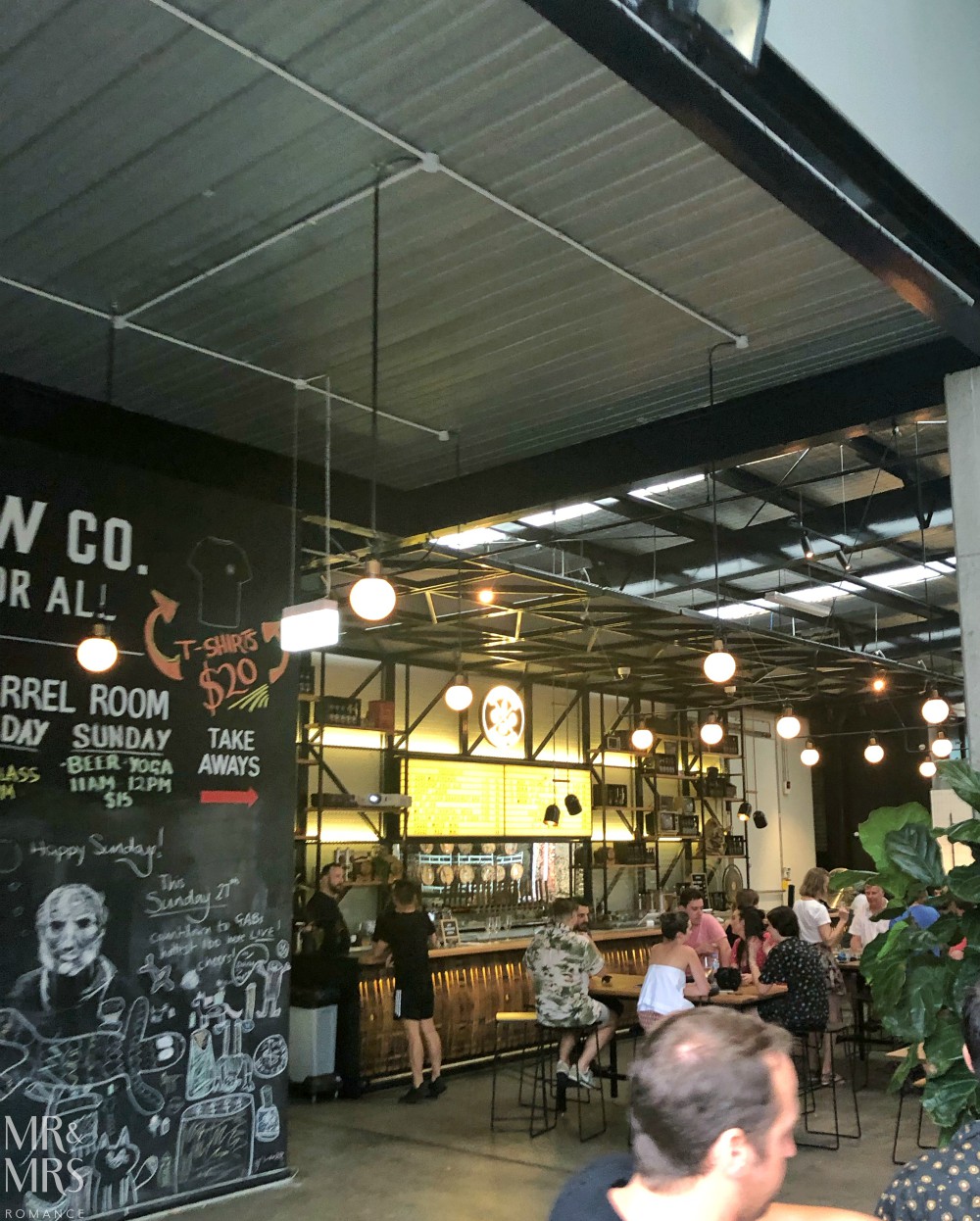 Our next stop is Stockade Brewery just round the corner. It’s at this point that the hot, sunny weather takes a nasty turn and we’re forced to bunker down and hide from the storm. Stockade Brewery is actually the best place for this. Not only do you have a seemingly endless supply of beer to keep you happy, but the name even seems right too:

Stockade – noun – a barrier especially as a defence against attack or as a means of confining animals.

I think both options work!

The beer here is excellent. I’ve always been a fan of their 8 Bit, and the others we try here keep us very happy. 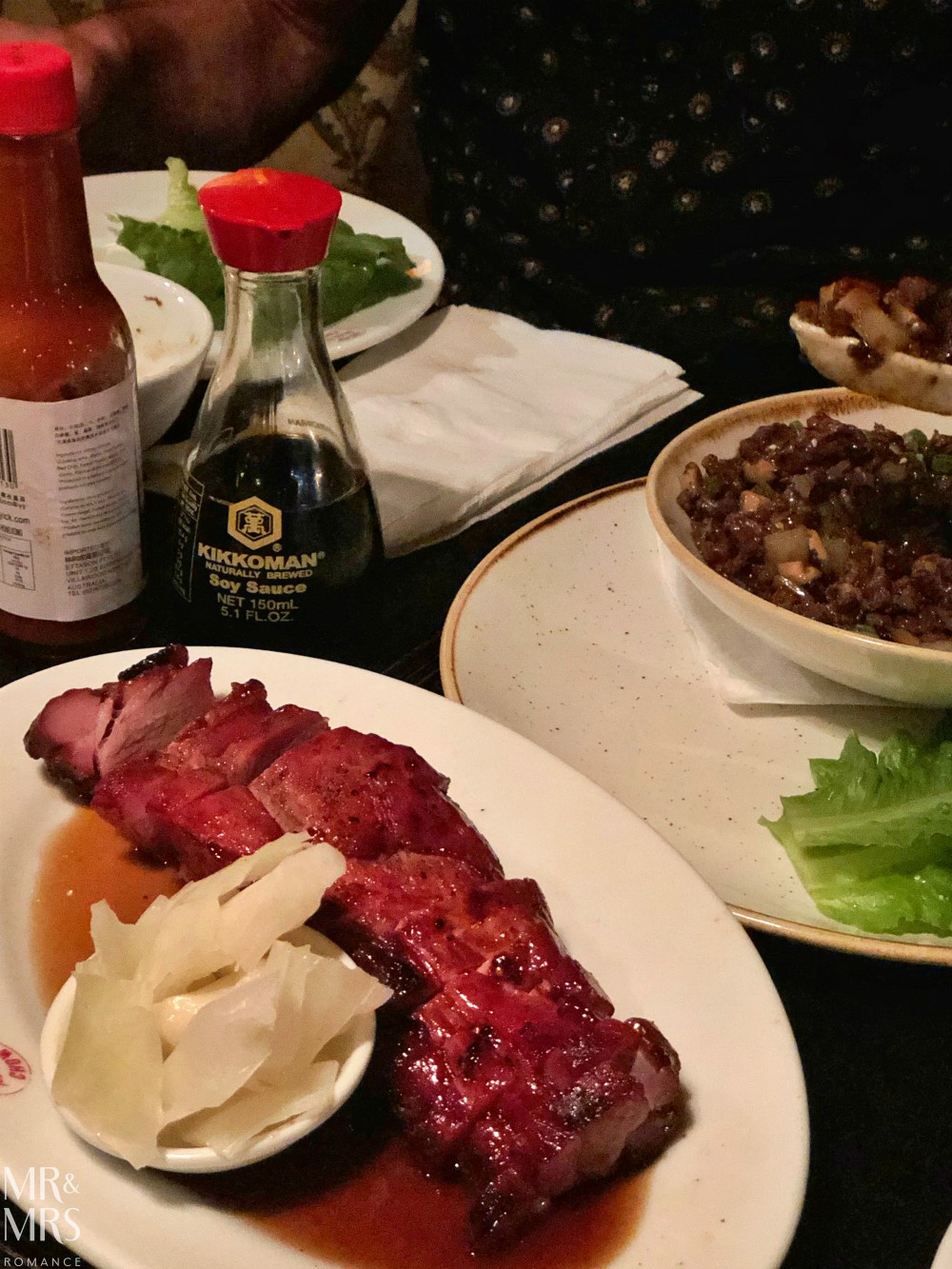 Dinner. It had to happen sooner or later, and we’ve timed it just right. The kitchens at Queen Chow in the Queen Hotel in Enmore are just about to shut. We get our orders in just in time and the food, the delicious, superb food, comes fast.

The charsiu pork is off the charts, as is the salt and pepper squid (not shown). 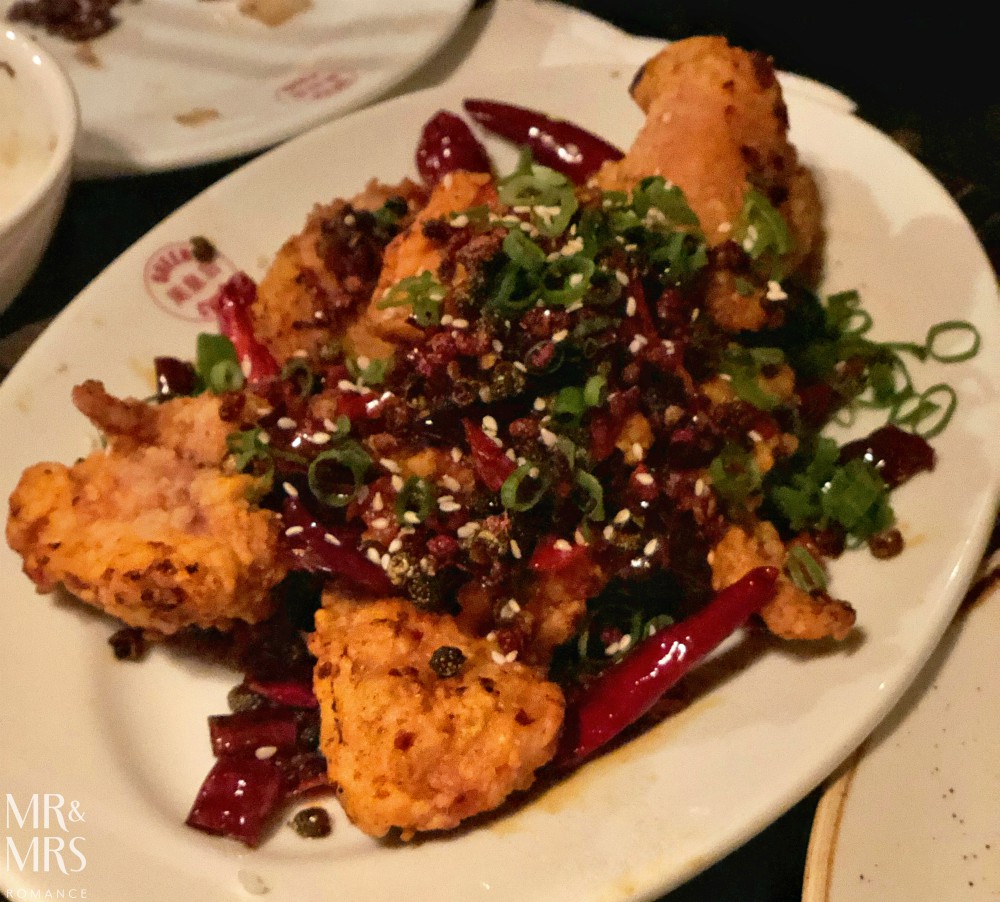 But king of the dishes at Queen Chow is the ‘Chonq qing “hot and numbing” boneless chicken’ – a szechuan style fried chicken dish that’s just incredible. The dried chillies don’t overpower the dish and really just endow it with flavour, not heat. 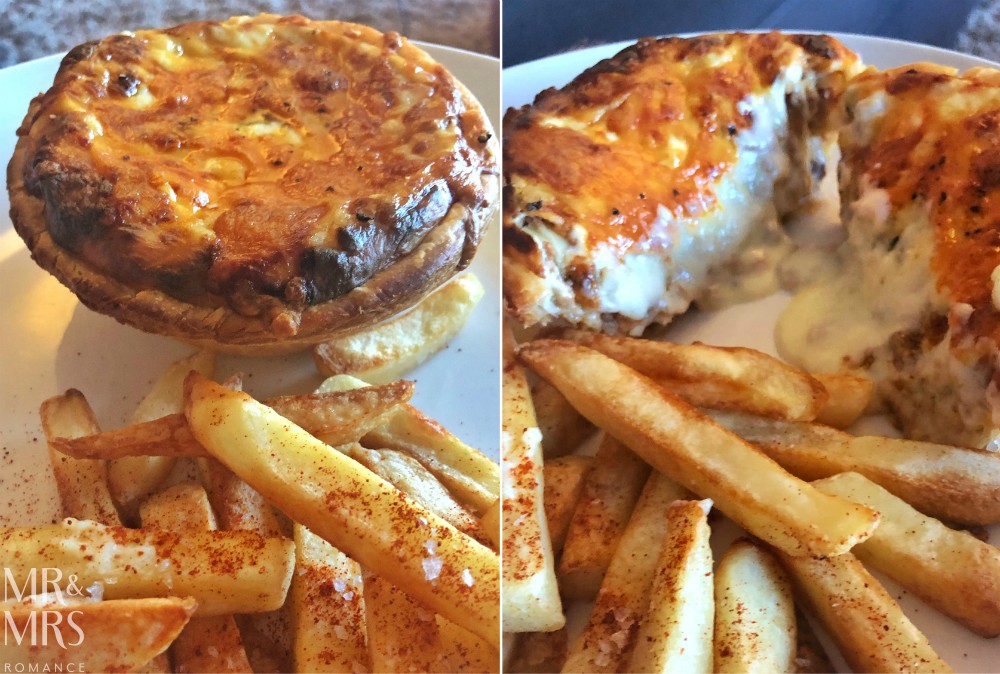 This morning, while we were sparring with the usual question: ‘what’s for dinner?’, Christina came up with this lightning bolt of an idea:

“Can you make a lasagne pie?”

The other night I made a monster lasagne – one of my favourite al forno dishes to make. There’s still a bit of bolognese mix left and we have some puff pastry in the freezer.

“Christina, you’re a genius,” is what I think I said. I can’t remember. I was too busy running to the kitchen trying not to drool.

The result was this creation. We’re both very proud. I never thought the humble yet perfect pie could be improved upon. I stand corrected. 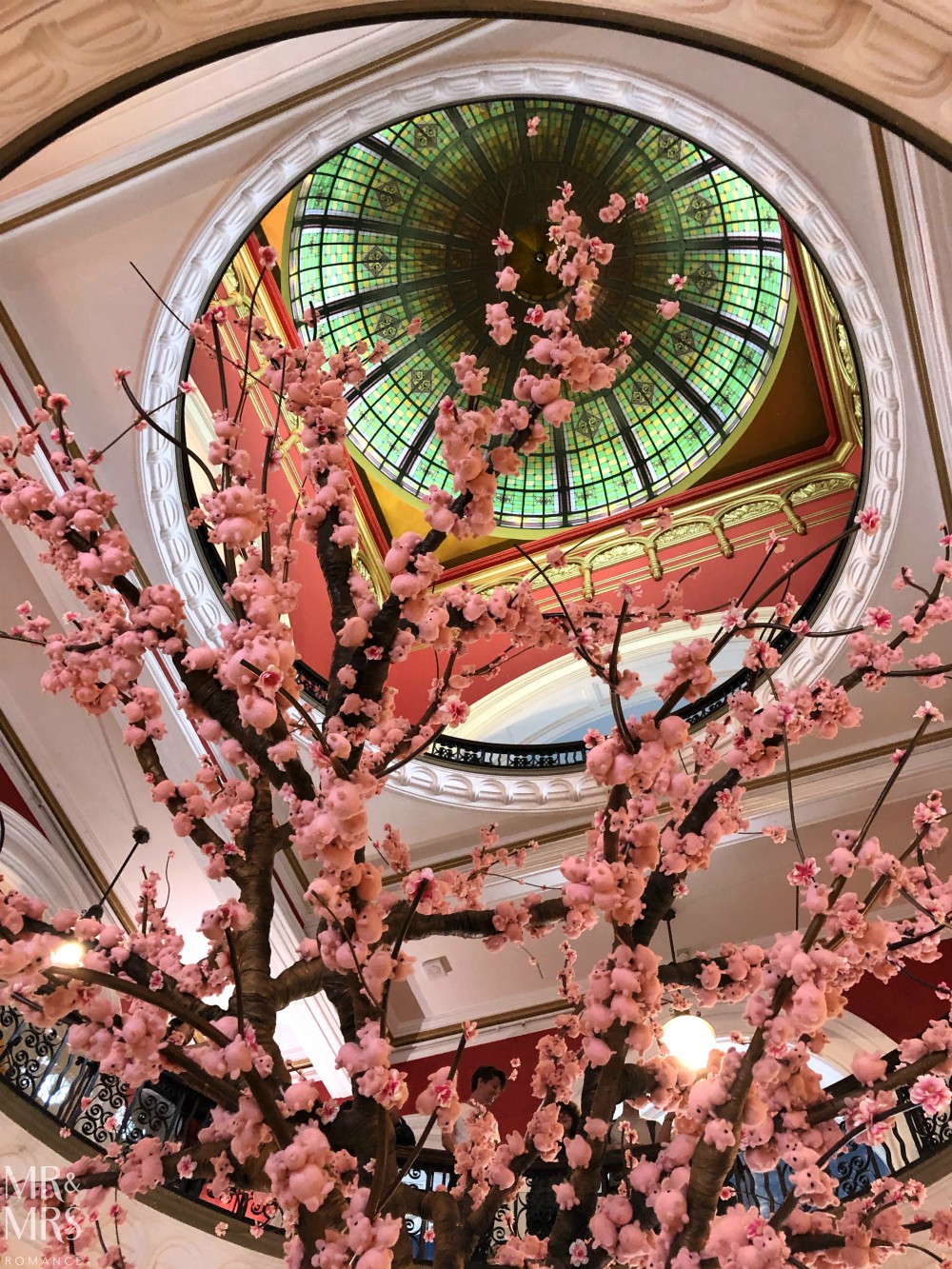 This lunchtime, Christina and I are in the city to have lunch with her sister Mary. As we head to our destination, we go through the QVB – one of Sydney’s most iconic, beautiful buildings.

In the atrium at the centre of the QVB, they’ve erected this cherryblossom tree… except it’s not covered in pink flowers at all. Take a closer look.

2019 is the Year of the Pig in the Chinese calendar. These are thousands of little fluffy porkers covering the branches. So clever. 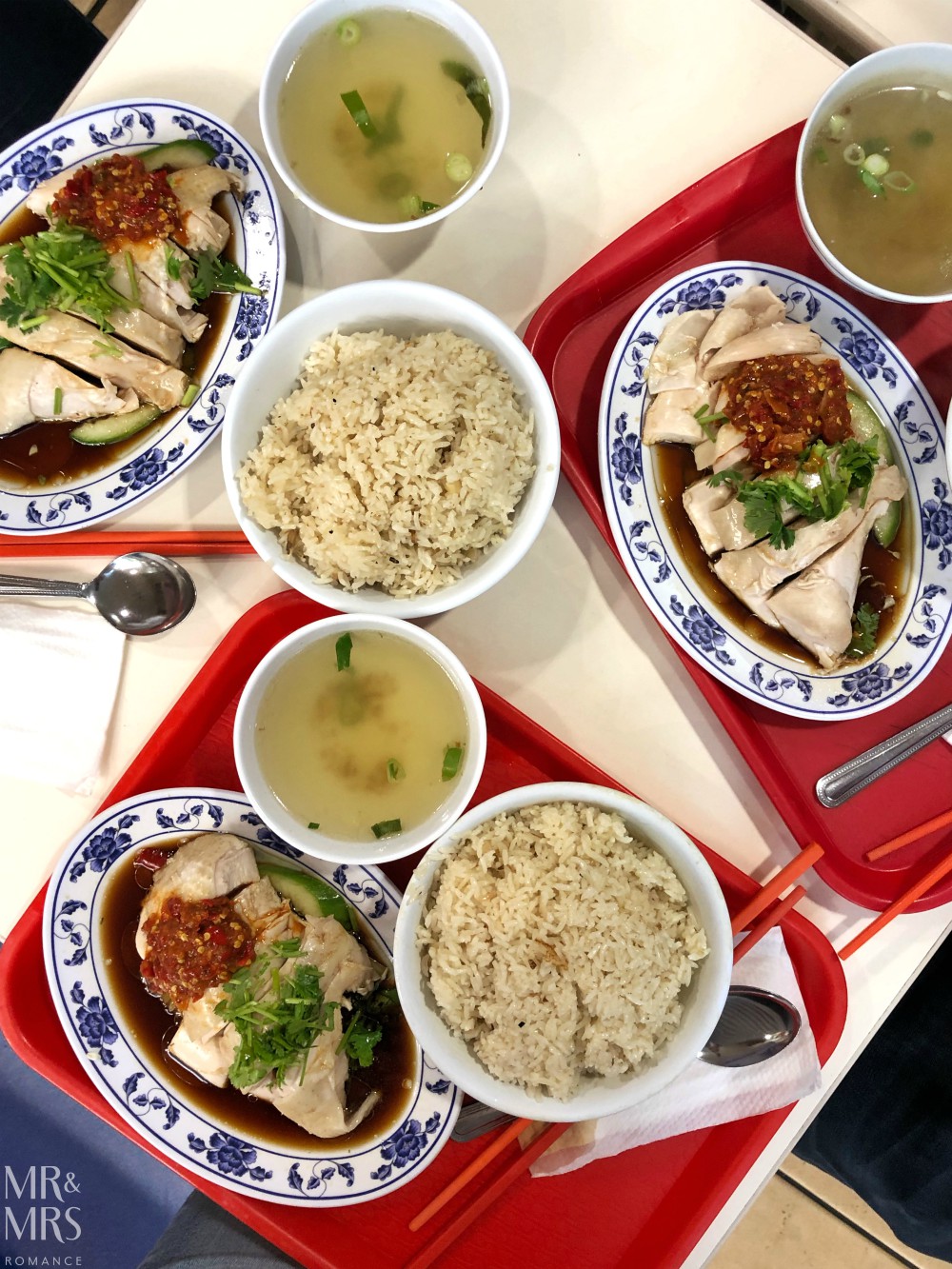 But we’re more interested in chicken at the moment.

We’ve brought Mary to an old favourite of mine in a hidden foodcourt under the Woolworths at Town Hall called Pittsway Arcade. Mary knows the city really well, but even she didn’t know about this place, though it’ been here for years.

If you haven’t been down here before, you’ve got to check it out. The decor is horrible and it’s underground, so no natural light, but the service is great and food options are superb.

Our favourite is (and always has been) the Hainanese chicken rice from Sayong Curry Laksa in the far left corner as you come down the stairs. for under $10 you get a perfectly poached chicken breast (or leg if you want), beautiful rice and the most delicious broth. It’s a classic Malaysian lunch dish and it’s wonderful.

Don’t forget to ask for their special spicy sambal too – this under-the-counter chilli sauce is a knock-out… literally if you can’t take the heat! 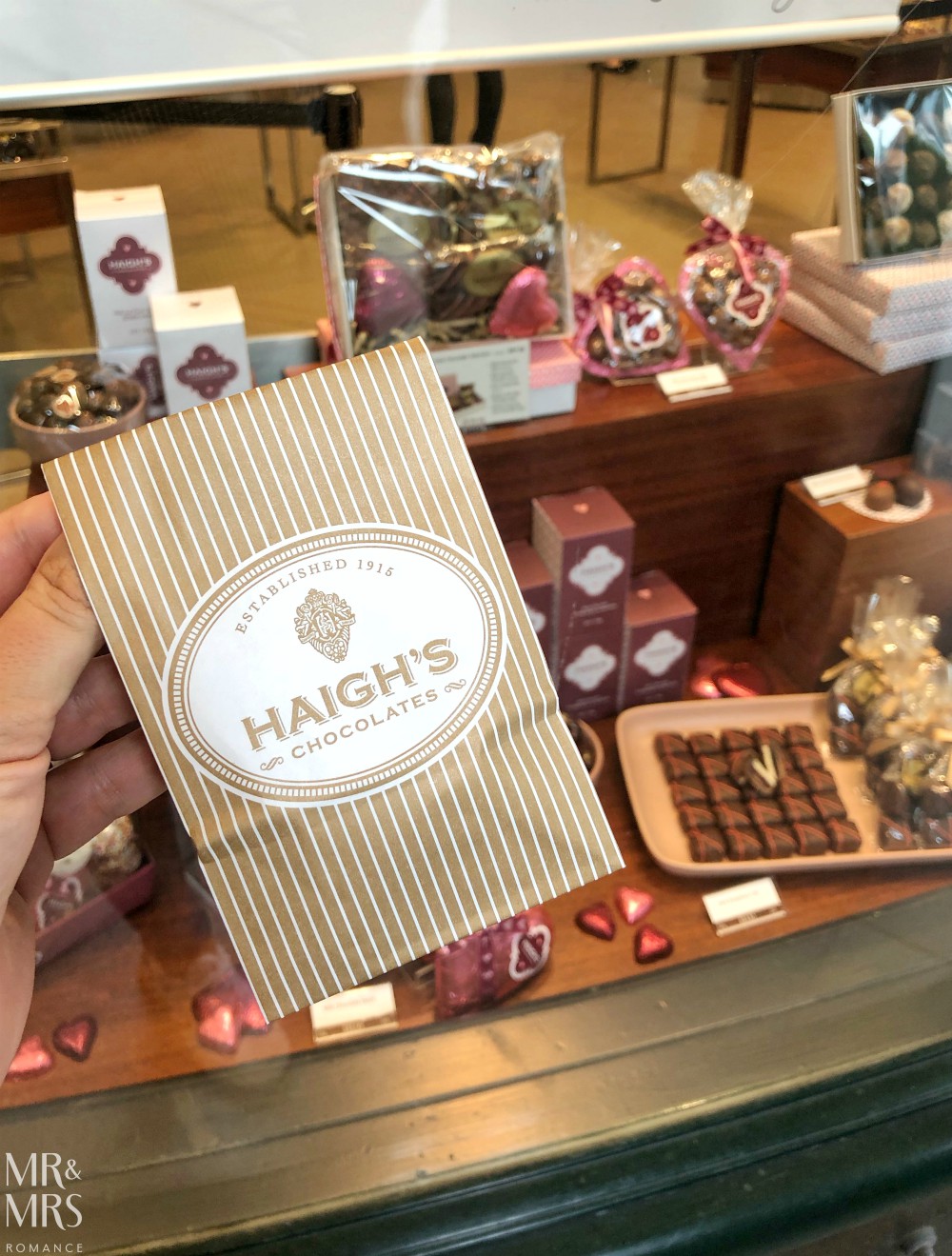 As we escort Mary back to Town Hall Station (we need to make sure she’s gone 😉 ) she asks us to come into Haigh’s Chocolate Shop for a minute – quite possibly the best chocolate shop in the country.

When we come out, she hands us the bag of hand-crafted chocolates she bought.

“These are for you,” she says. Bless her heart.

We don’t have to be asked twice. There are lemon myrtle creams in there! 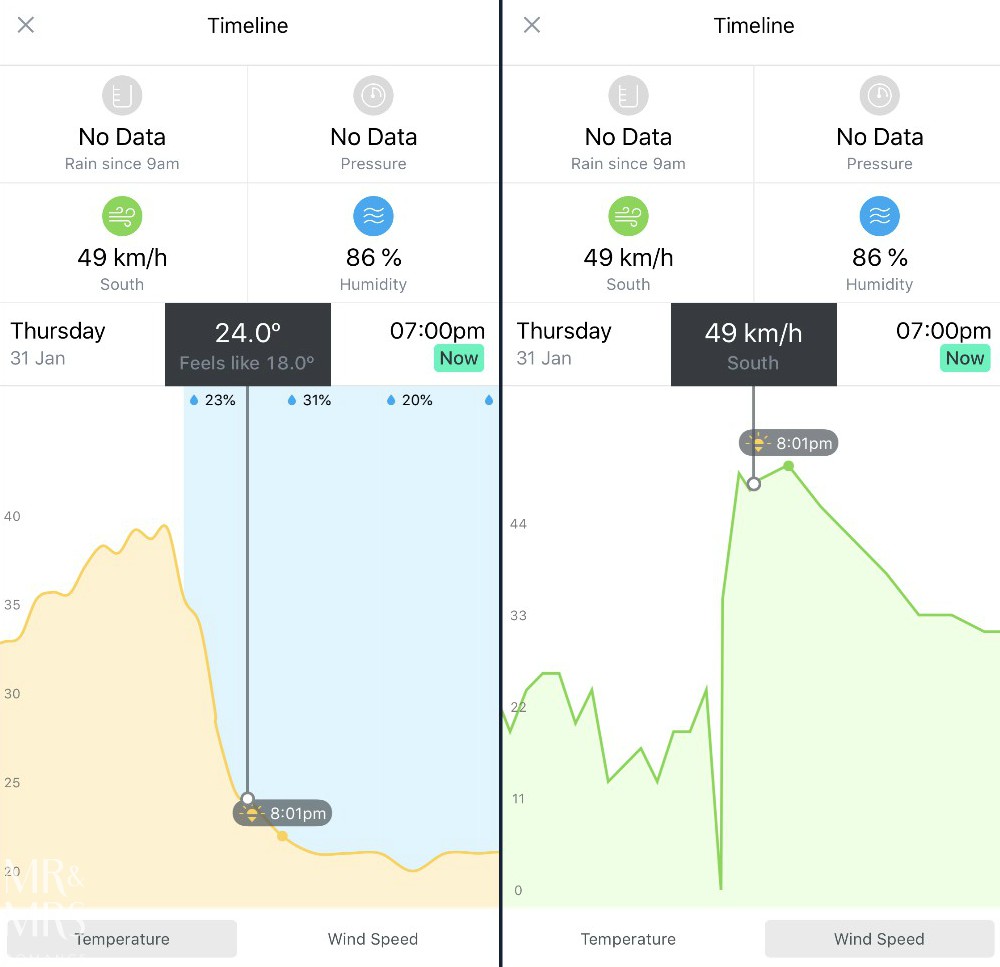 It’s been a hot January this year. In fact, on average, the hottest ever.

But it’s also been the most temperamental. Check out the change in temperature on the last day of the month on the left. From 40ºC down to 20ºC in an hour.

And on the right, the culprit for the change: a southerly wind blasting through Sydney at speeds of 50kmph. Crazy. 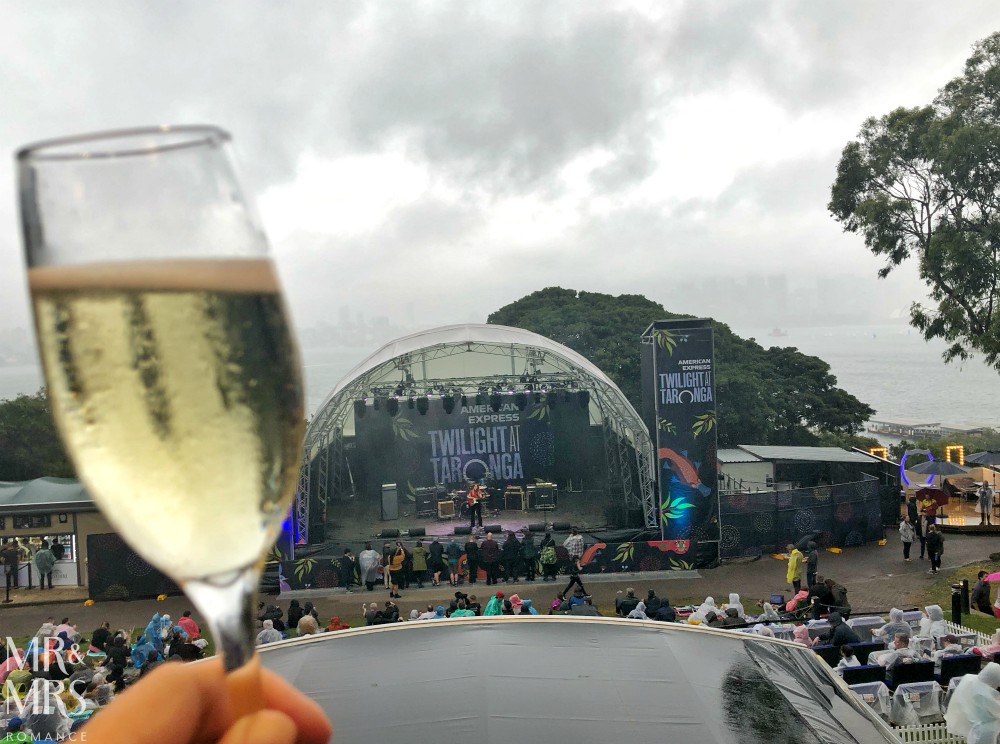 Tonight, we’re excited to be back at Toronga Zoo. We were only here a few weeks ago to see the new dinosaur exhibits, but this visit, the dinosaurs are taking second stage.

Twilight at Taronga is a series of concerts running through summer here at the zoo. From now until 9th March, you can come and see some amazing headline acts amidst the animals and trees of this incredible zoo. The view out over the harbour and city  from here is incredible.

We arrive just as the support act Maddie Jane comes on stage. She’s awesome – definitely check out more of her music.

Maddy’s backed by American Express, who are also the concert sponsors. Amex are putting $1 million towards supporting the Australian music industry, which puts incredible artists like Maddy Jane at the forefront where they should be. 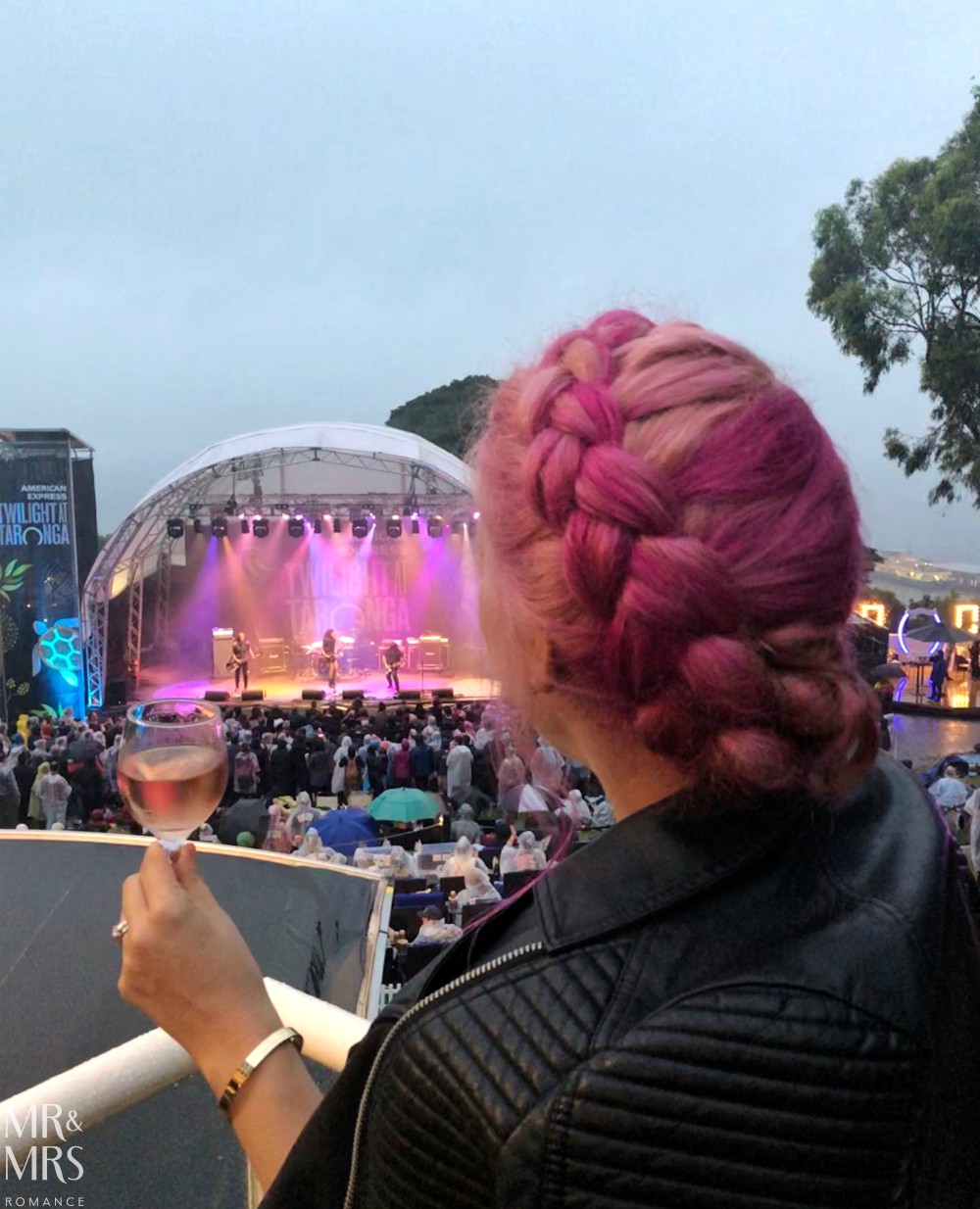 Unfortunately, the weather isn’t playing as nicely as the bands tonight and it’s raining. However, we’re lucky enough to be in the VIP party in The View – the newly reopened restaurant at Taronga. Tough life!

Down below, the rain isn’t turning the fans off though. And who can blame them – Magic Dirt has just come on stage!

From now until 9th March, you can get tickets to see some classic bands (and new ones too of course), and if you have an American Express card, you get a 10% discount on tickets, and discounts on food and drink at the venue.

You can also buy into the Amex VIP package, which is a no-brainer really. You get a free drink, a snack, and reserved front-and-centre seating with waiter service. 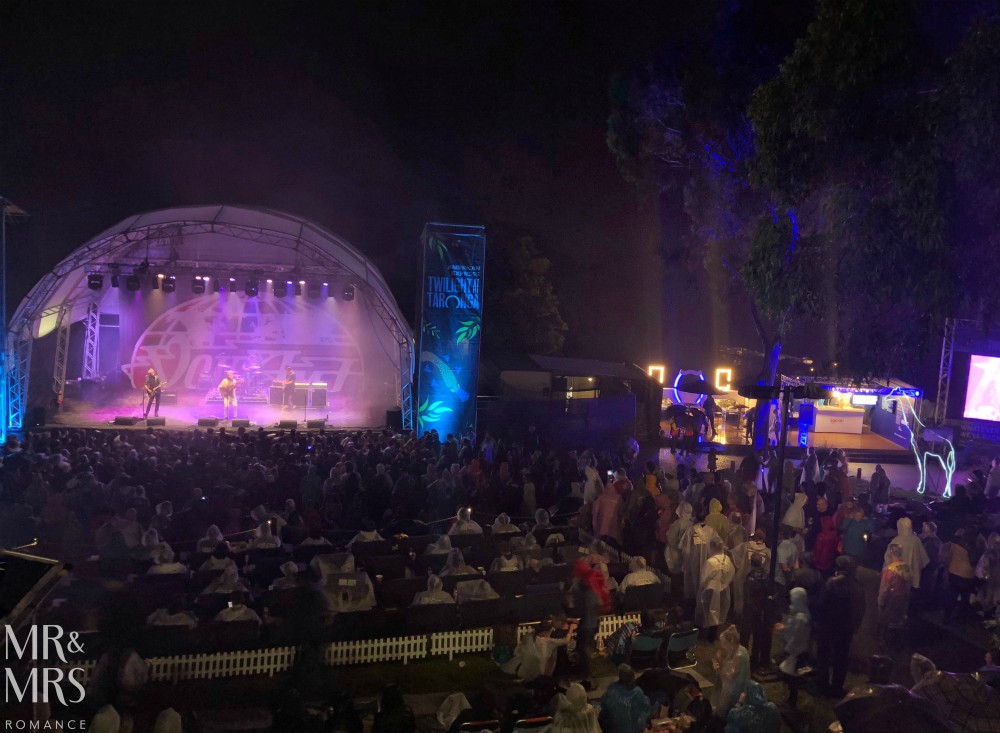 The final headline act of the night comes on – You Am I!

It’s now completely dark and the classic rock anthems are loud and clear… though not too loud. Taronga Zoo is carefully monitoring the sound levels in the animal enclosures, and all the zoo’s residents have been given areas that are sound-proofed away from the noise of the concert. 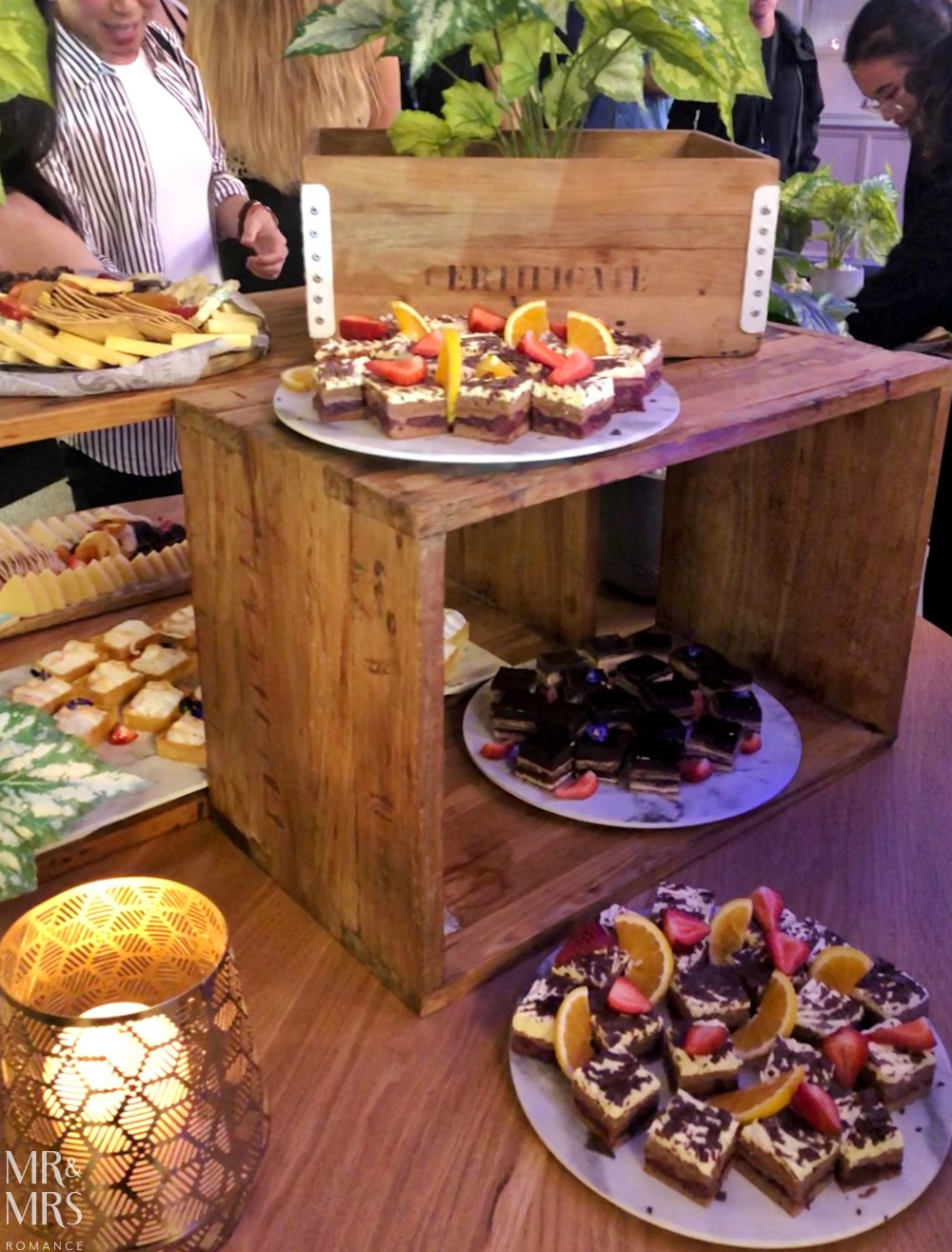 Meanwhile, within the warm, dry confines of The View, dessert is out. Cheese, cakes, pastries… it’s pretty good up here! 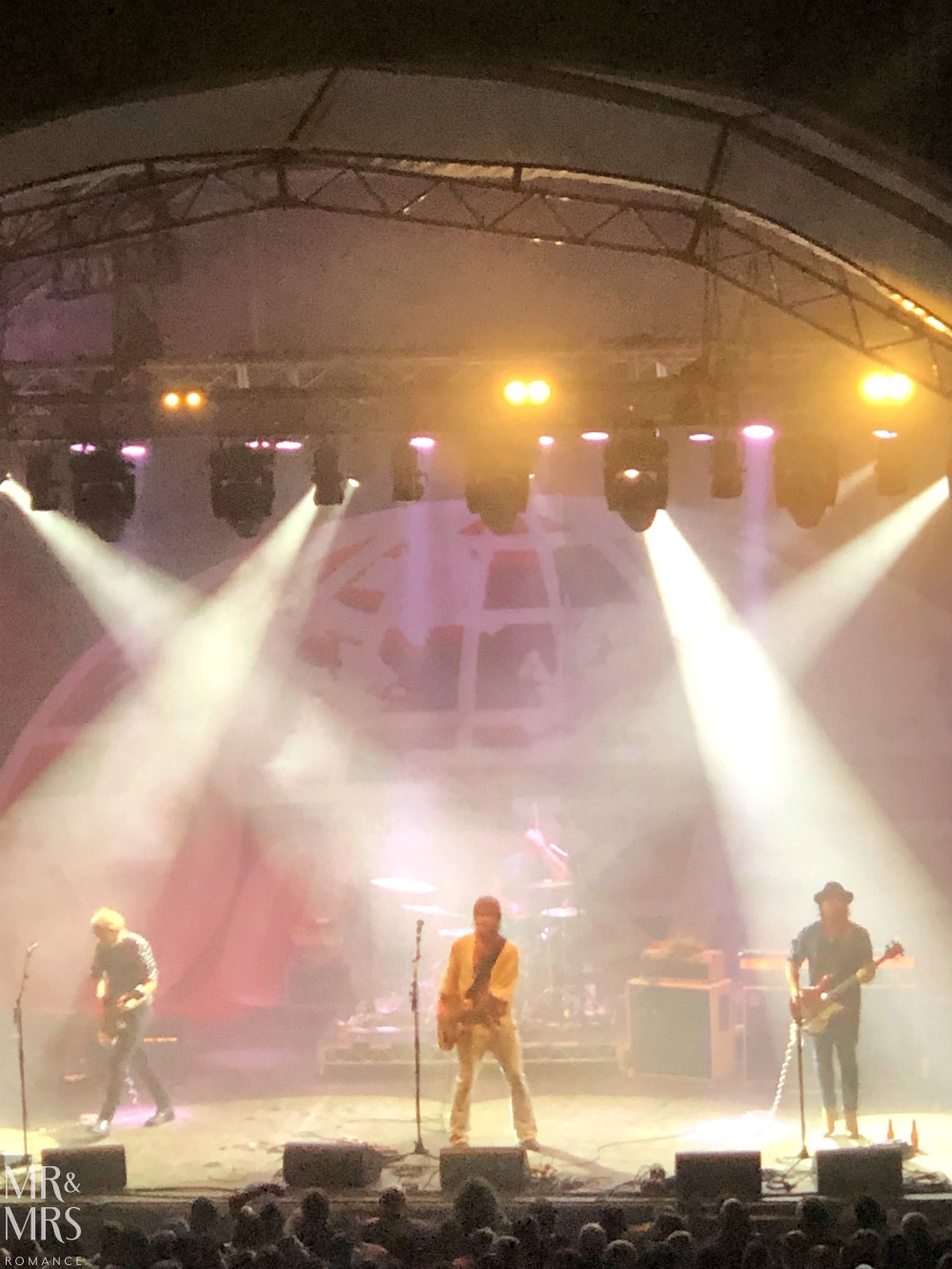 You Am I are blowing the place up. They’re killing it. Such a great performance – and the fact that there are very few empty seats on a rainy night like tonight is credit to the music. Check out some of the other shots of the band as they wind up the evening: 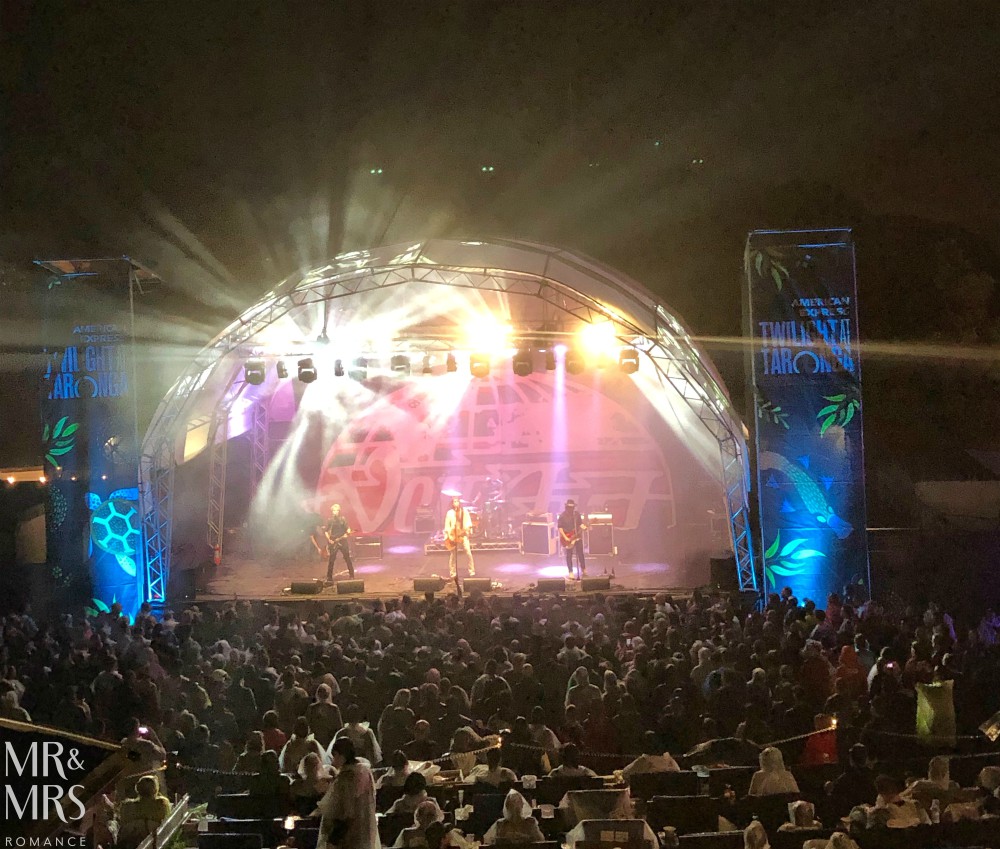 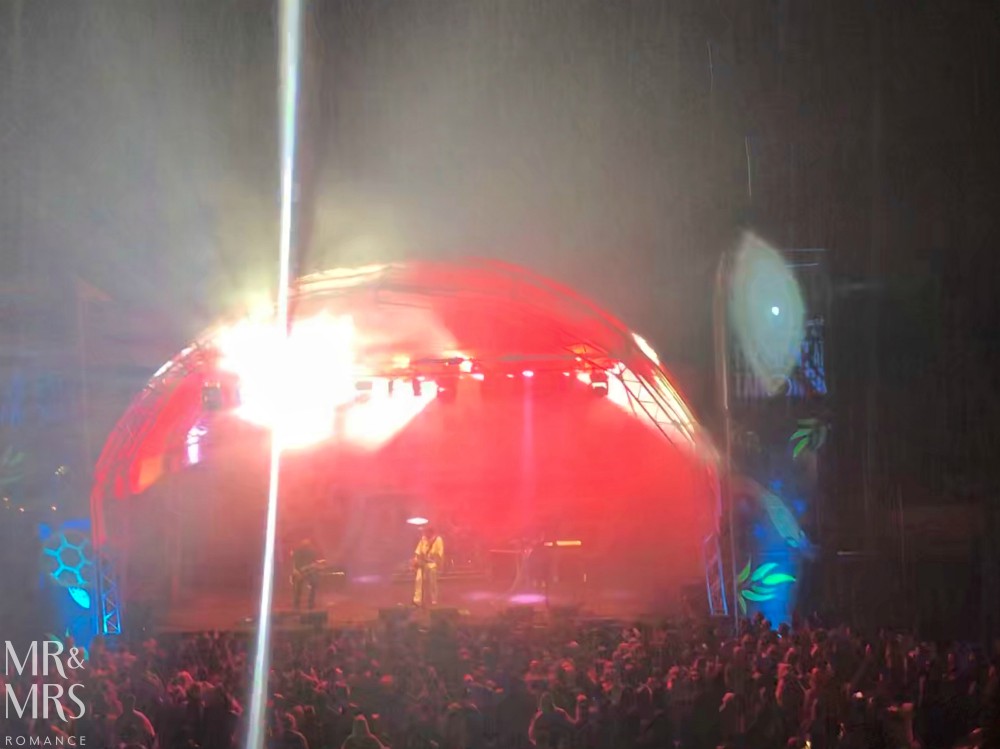 It’s an awesome venue – big but not overwhelming, and small enough to feel intimate. The food and drink offerings here are great too by the way, though you can bring your own picnics if you want. Just no booze.

If you do want to get in on this concert series, be quick. The next few nights have already sold out.

Check out the line-ups and book your tickets here. 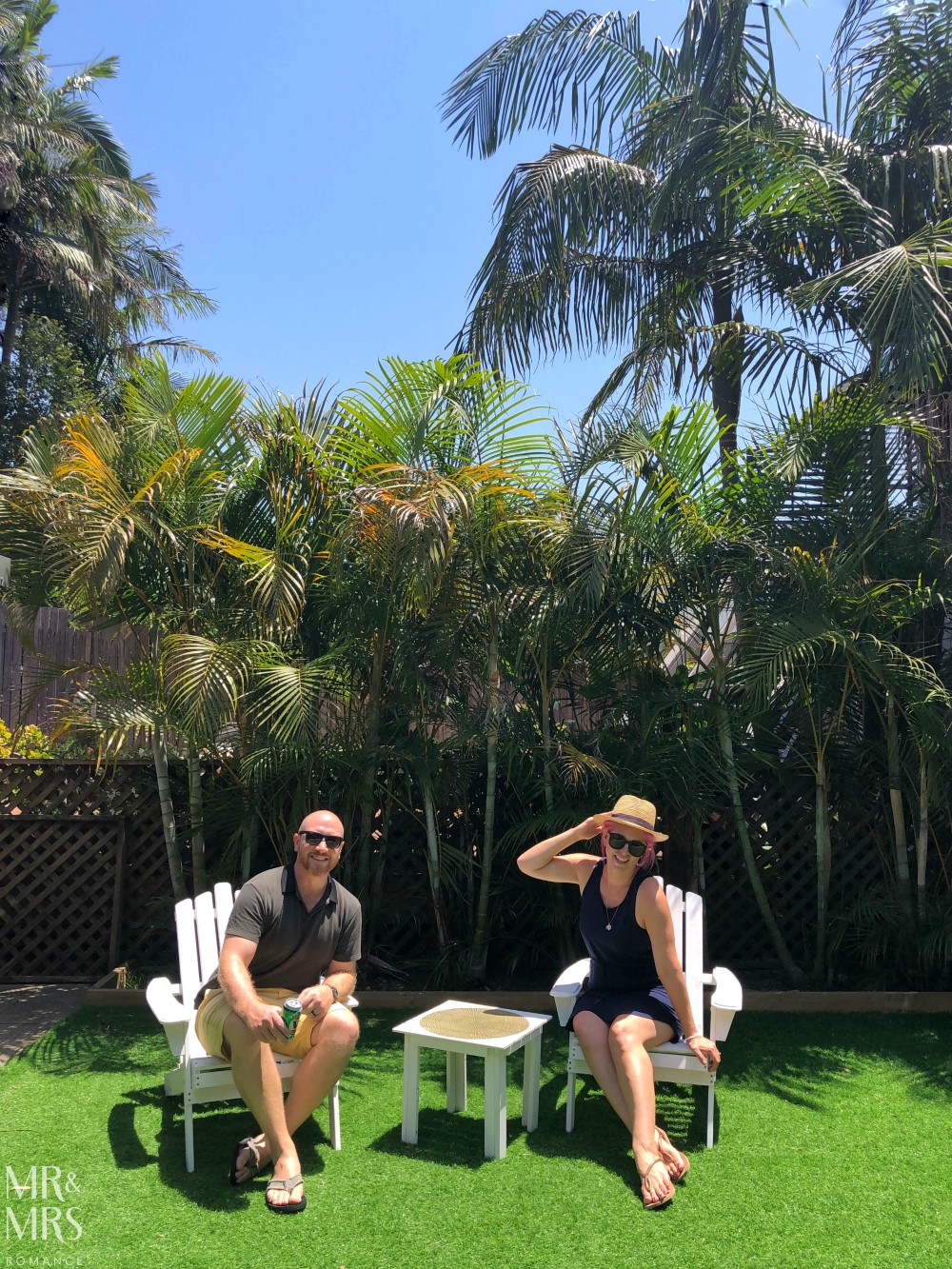 We hope you’ve enjoyed this Weekly Edition. Like I said, it’s been a big little week!

10 Ways to Get into The Spirits of Christmas

Anyone who thinks the spirit of Christmas is dead hasn’t seen our gift ideas of gins, whiskies, vodkas and accessories this year – not…