I sometimes wish I had more survival skills. Wouldn’t it be great to snatch a handful of something off a bush and munch on it? Fantastic. And not be in fear of immediate or eventual death? Even better! Well, here are 11 bush tucker foods to look for that won’t kill you. In fact they’re surprisingly tasty! 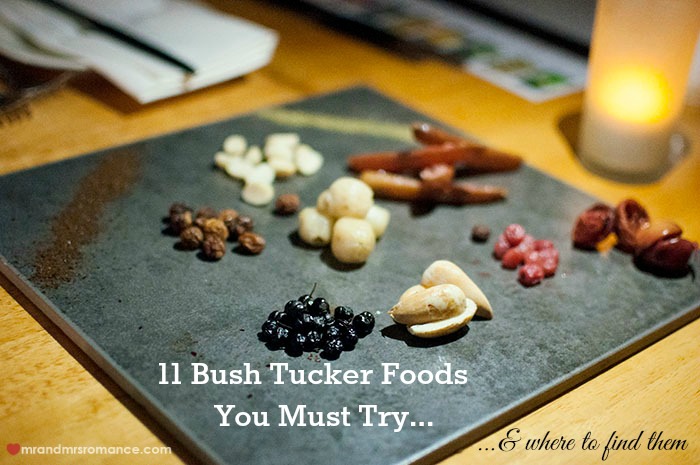 I love asking people what the strangest thing they’ve ever eaten is. It’s so interesting. I’ve eaten some pretty awful things in my time, like witchetty grubs and giant Mexican ants… and Mrs Romance’s cooking… ouch! Just kidding, darling!

But there are some fascinating things to eat out there. Most interesting of all is bush tucker. Mother Nature’s larder. There are so many things that grow around us that we can eat but we’re completely oblivious to – or just too terrified to experiment with. I have a foot in both camps there!

Where to find and try bush tucker 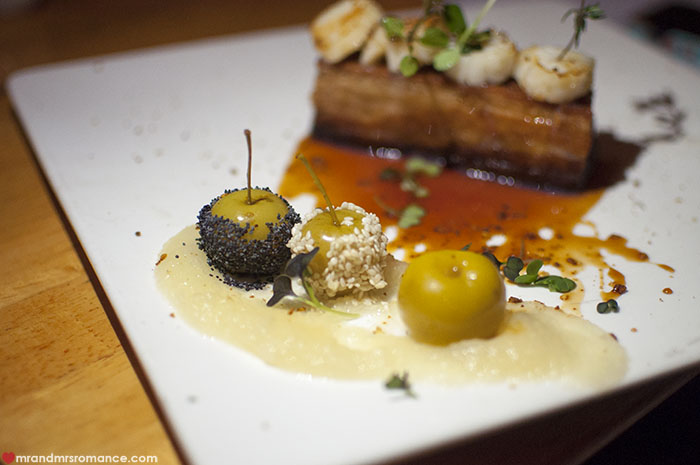 The head chef delivers a bush tucker class including all of these ingredients. Also the menu at the restaurant showcases the bush tucker perfectly.

These delicious chutneys and drink syrups are all made from scratch by Denyse McDonald of Currong Comestibles.

Mark Watkins, owner of this northern Queensland distillery, has replaced 13 of the 14 botanicals used in London dry gin with Australian bush fruits and spices. It’s an amazing gin.

There are often lots of things to try on the menu that have a bush tucker element. Last time we were here, the wattle coffee was a standout.

These guys – who are part of the Golden Age Cinema – make their own macadamia nut milk for a delicious dairy-free coffee.

– The Australian Heritage Hotel, The Rocks

The Australian sells bush tucker pizzas! Try a crocodile, emu or kangaroo pizza with your beer.

Haigh’s is pretty much the best chocolate you can find in Australia. They do a lemon myrtle filled dark chocs, and they’re absolutely superb!

It’s great to see companies using Australian bush tucker more and more these days. Once you start looking, you start noticing how accessible these native flavours have become.

Have you tried any of this bush tucker? Do you know somewhere that’s using native Australian flavours? What’s the worst or weirdest thing you’ve ever eaten? Tell us in the comments!

DIY Heart Light Display – the Romance Writing’s on the Wall

I suppose you could say we’re all heart here at Mr & Mrs Romance. And apart from that boom-tish Mrs R would apply to…