Did you know Tamworth was the first town in Australia to have electric streetlights? On the site where that first spark was formed, the Powerhouse Hotel Tamworth is electrifying the city in other ways. The first five-star hotel in the region, this is what country luxe looks like. 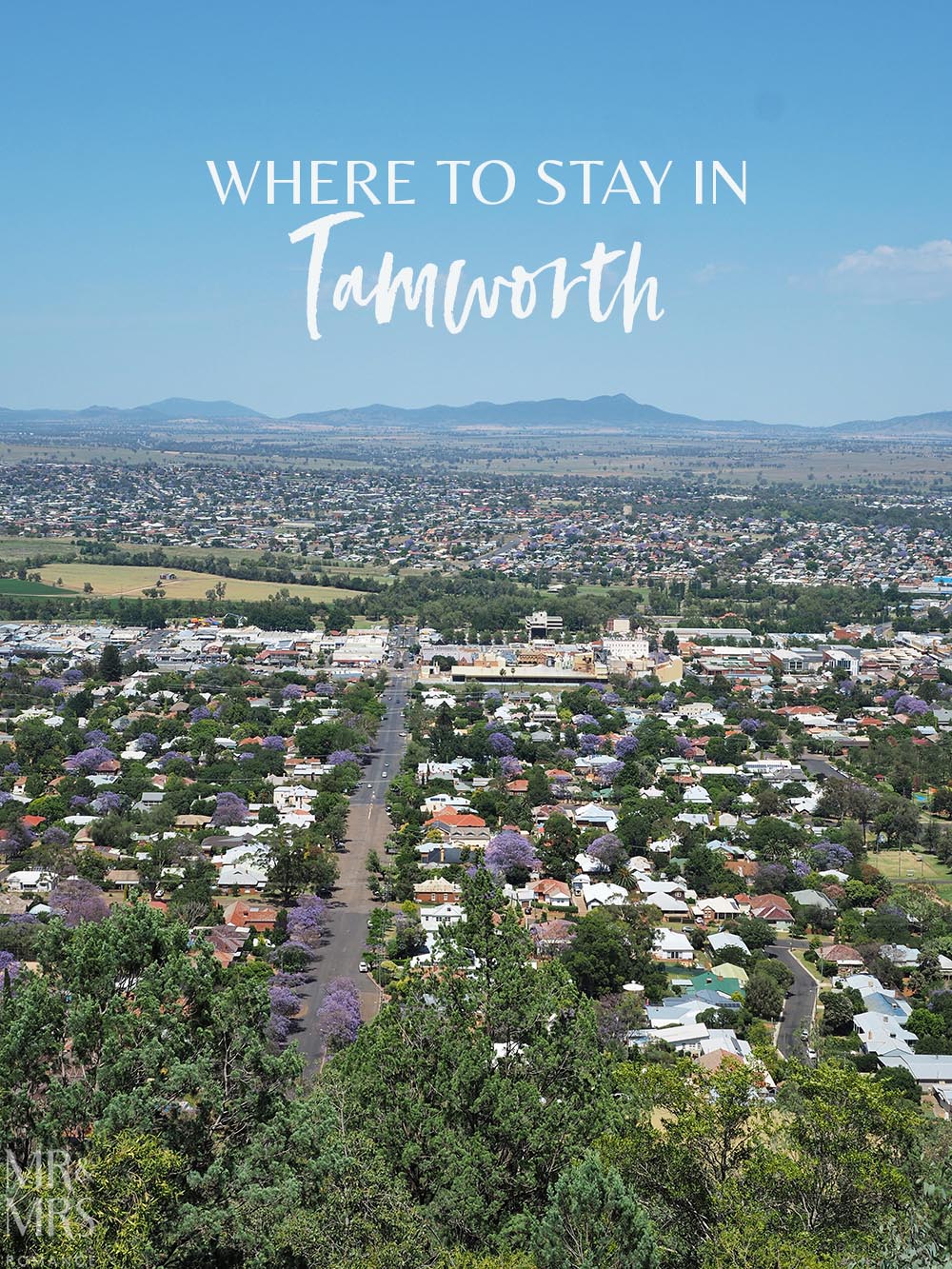 Looming high in the deep blue summer sky, the shining fretboard of Tamworth’s Golden Guitar surveys its domain: the lauded home of country music in Australia.

But this 12-metre high icon isn’t Tamworth’s only landmark – or claim to fame.

On the other side of town – not so tall or golden but arguably more important – a monolith points to the same sapphire sky. It’s the demarkation of where the power station once sat that wrote Tamworth into the history books.

You see, back in 1888 Tamworth was the first city in the Southern Hemisphere to have electric lighting in its streets. 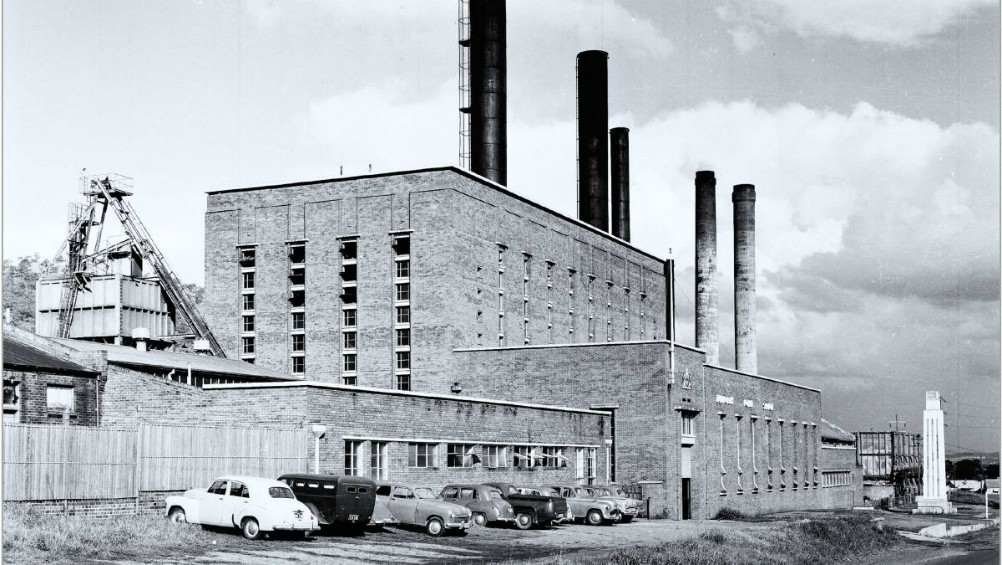 The original power station where the hotel now stands. Bottom right is the monolith which remains.
Image courtesy of Tamworth Powerstation Museum.

Melbourne and Brisbane were still six years away from having electric streetlights. And Sydney – less than a five-hour drive away – had to wait another 16 years to get hers.

But the power station no longer remains.

Instead, the monolith marks another first for Tamworth: the city’s first five-star hotel.

Aptly named, the Powerhouse Hotel Tamworth has stood here site since the 1980s. But this family-owned hotel’s recent multi-million dollar refurb has amped things up considerably… though the hotel’s past has not been forgotten.

Check out our video walkthrough of the Powerhouse Hotel Tamworth here:

The result is an elegant melding of past and present combined with a level of luxury and refinement you don’t often find outside the capital cities. 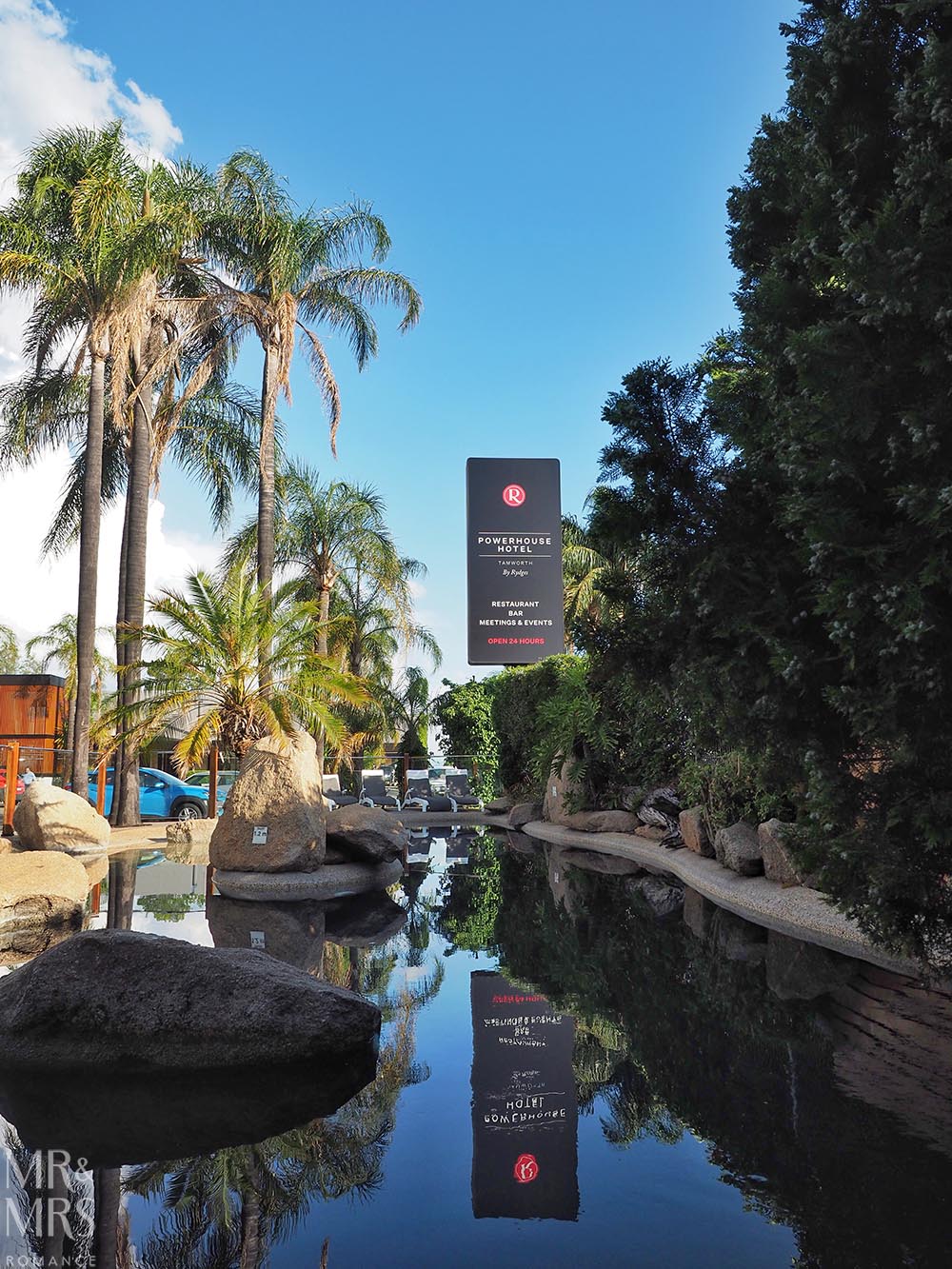 I suppose one of the most important things to remember when you arrive here is that you have to remember this was once an ‘80s motel.

Don’t expect an anonymous high-rise tower block. This hotel is only two storeys tall and still has that nostalgic feeling of rolling into a motel and pulling up to your front door.

But the closer you look, clever details come into focus that have turned the Powerhouse Tamworth from a ubiquitous roadside stop to a real class act. 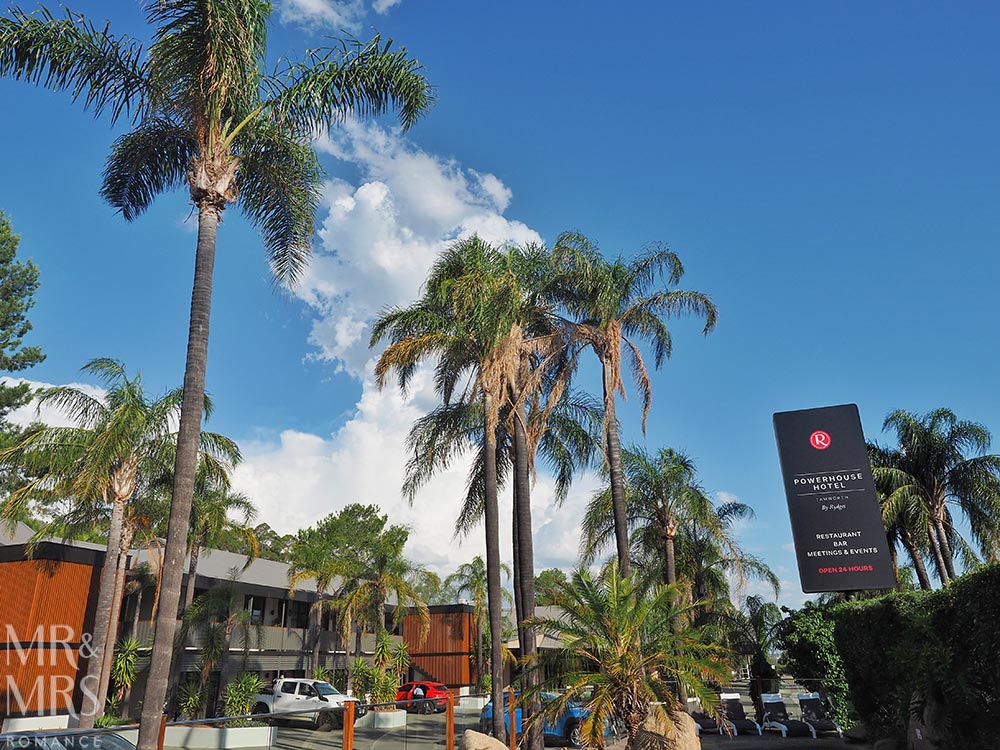 There’s a good range of king rooms and suites here, and also multi-bedroom serviced apartments ideal for families in the new southern wing.

Our king suite is in the main building on the upper floor, the wrap-around balcony joining the rooms and the carpark below still very much in keeping with the motel of old. 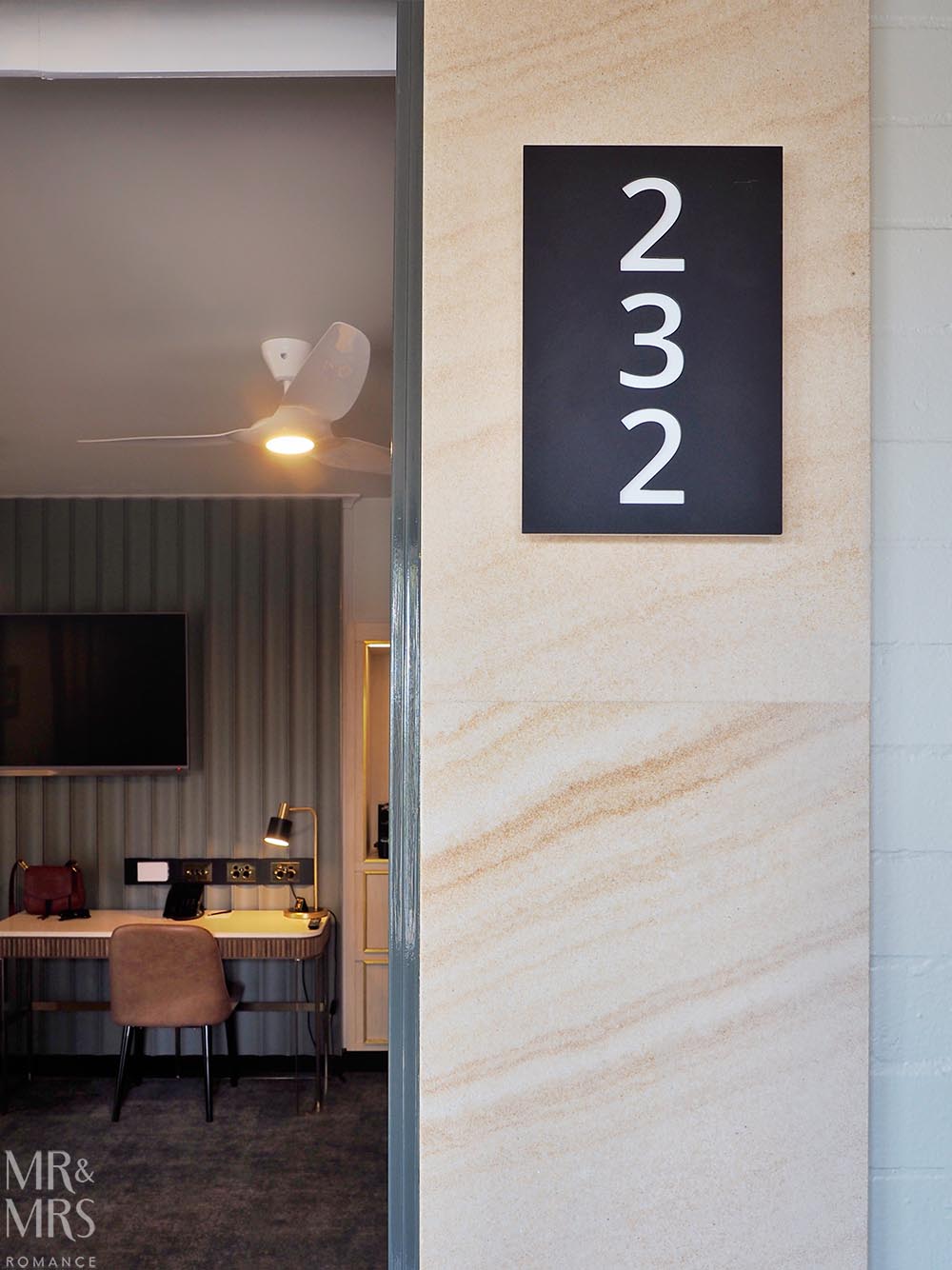 For a suite, it’s on the smaller end of the scale – a different league to the giants you find in Southeast Asia or the likes of Las Vegas. But there’s no denying the comfort or luxury afforded here.

Tech in the rooms of the Powerhouse Tamworth is very pleasing, with reverse-cycle a/c, elegant modern ceiling fans, USBs in every powerpoint (which I absolutely love) and massive smart TVs throughout.

From the front door, the lounge presents a comfortable sofa and armchair to one side and a dining table and minibar to the other. 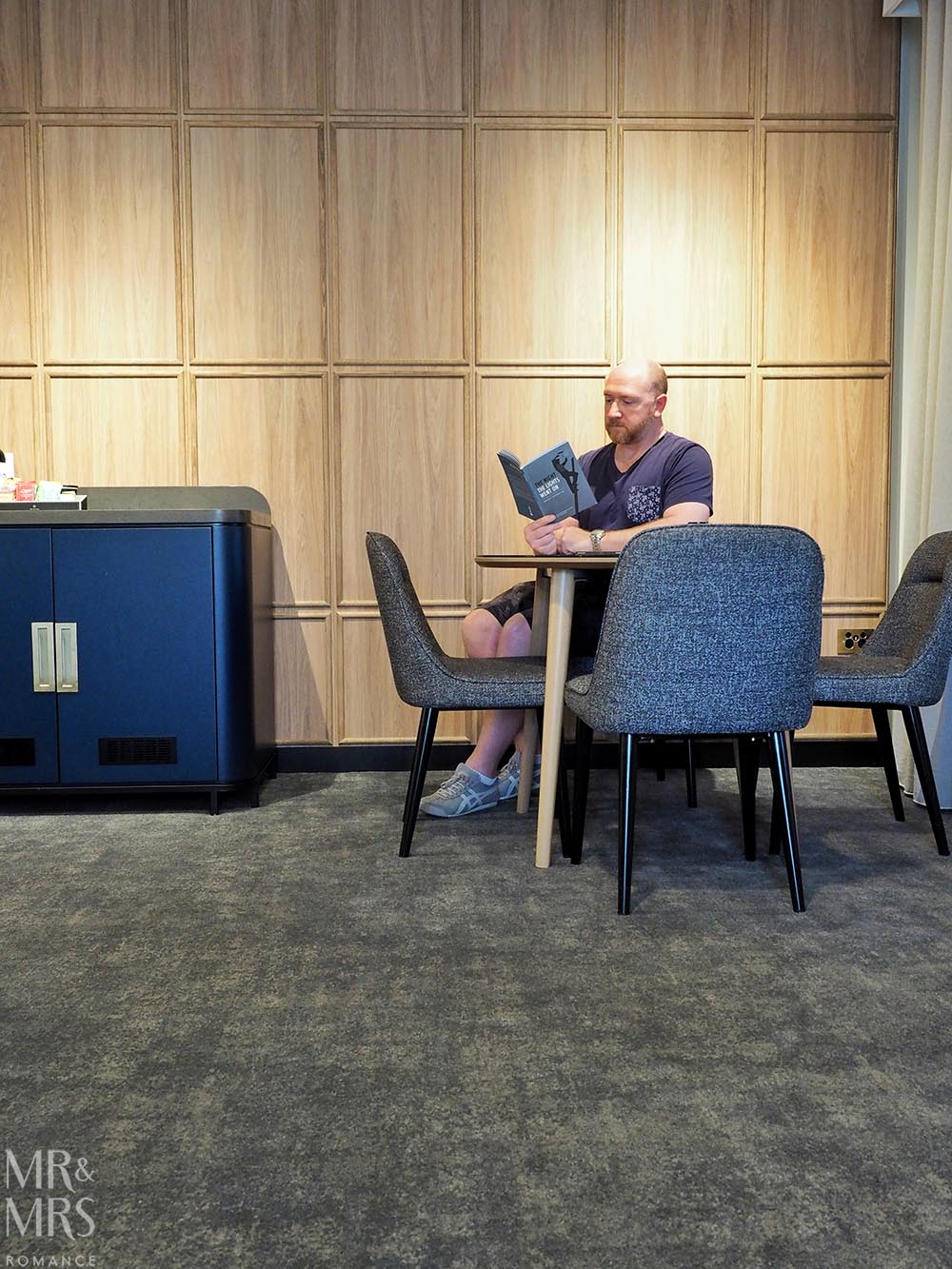 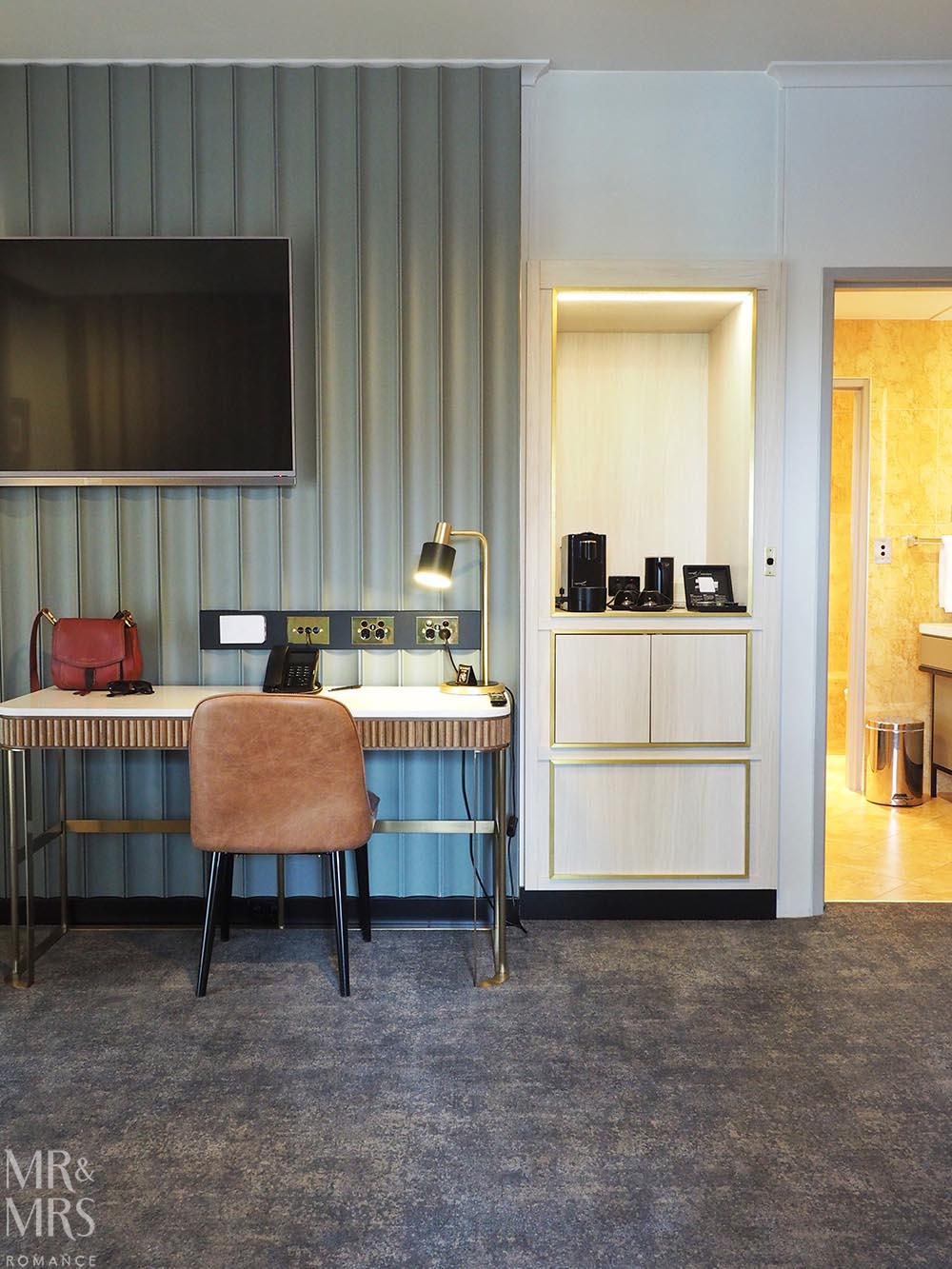 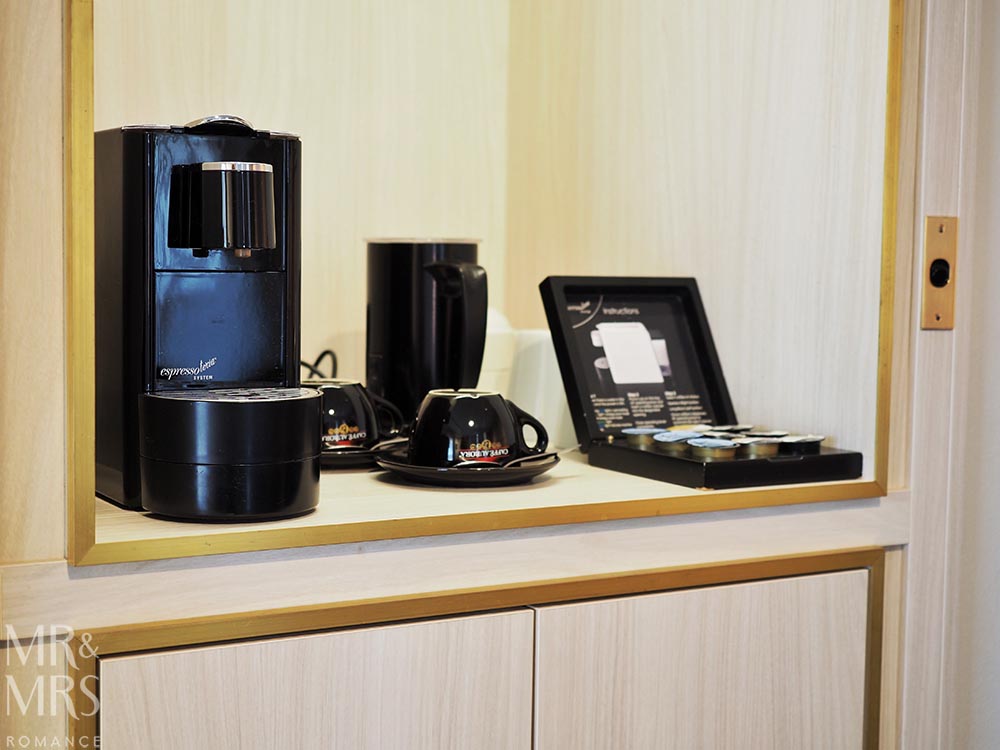 The minibar also includes a coffee pod espresso machine, which is restocked each day, and a choice of local beer and wine.

The bathroom is quite cosy, and getting in and out of the shower requires a bit of door jenga, but the water pressure and space inside the shower unit is excellent.

A smart TV adorns the wall facing the luxuriant pillowtop king in the bedroom, while other walls have black and white photographs of Tamworth in the early 1900s. 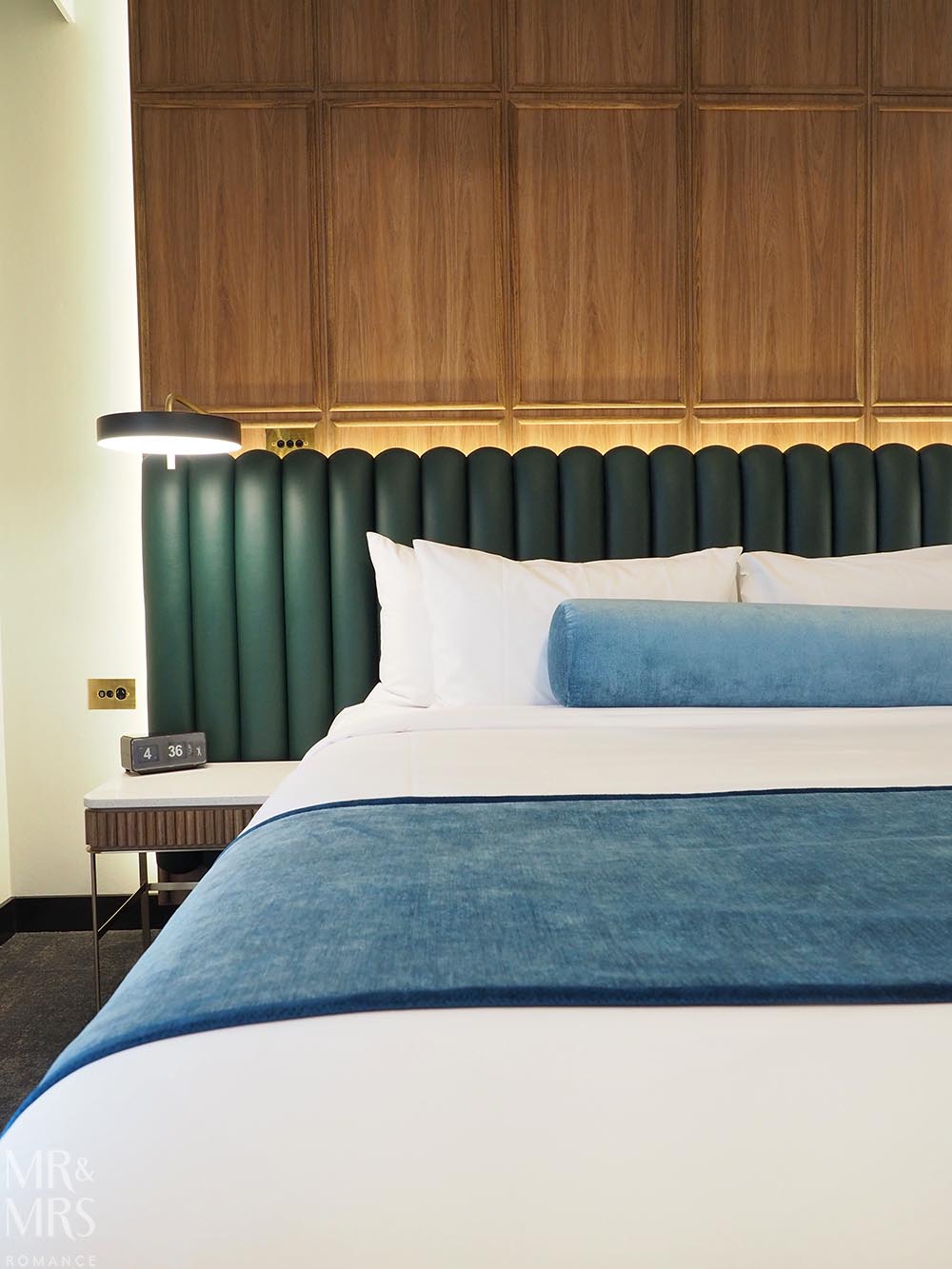 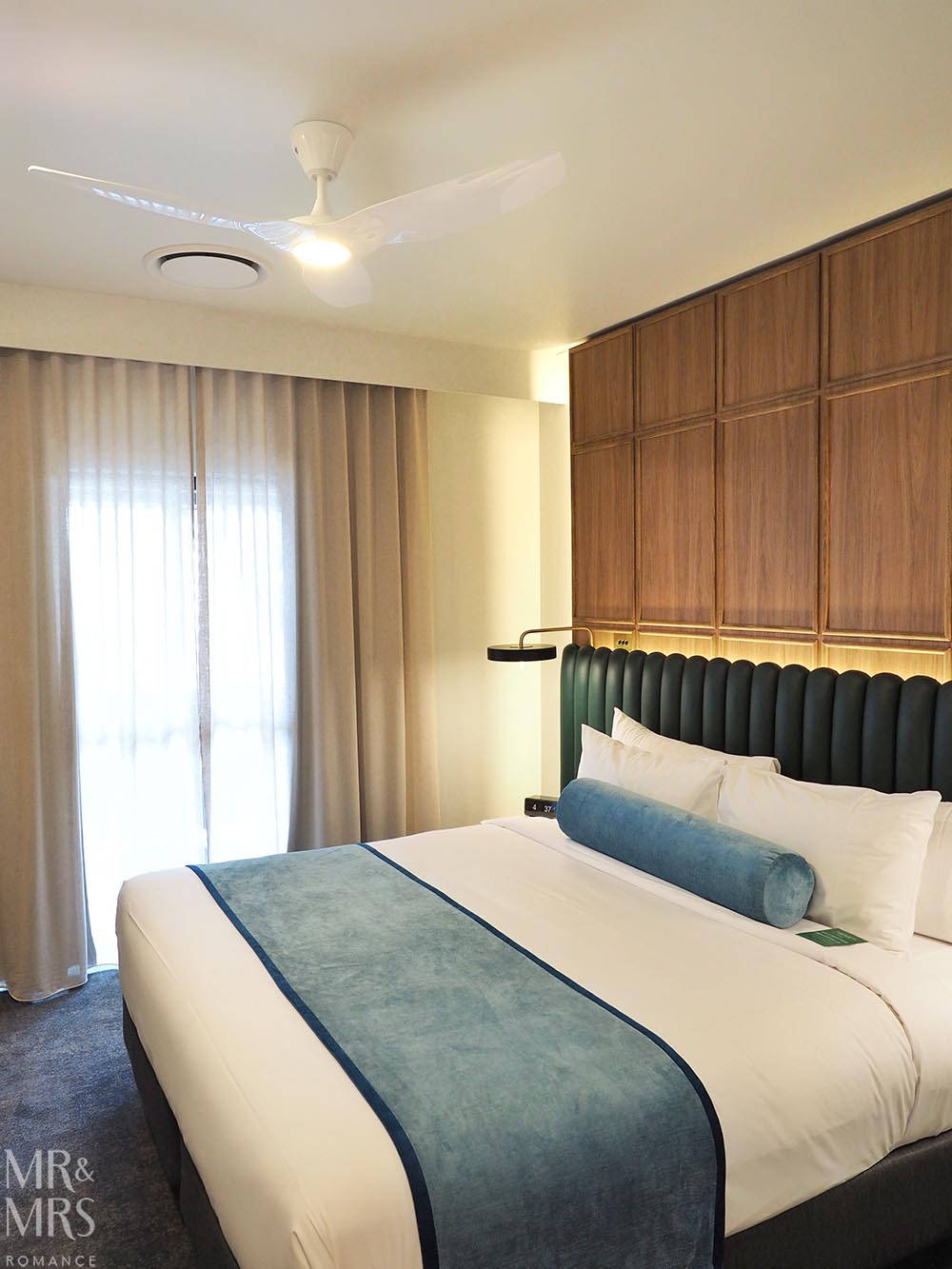 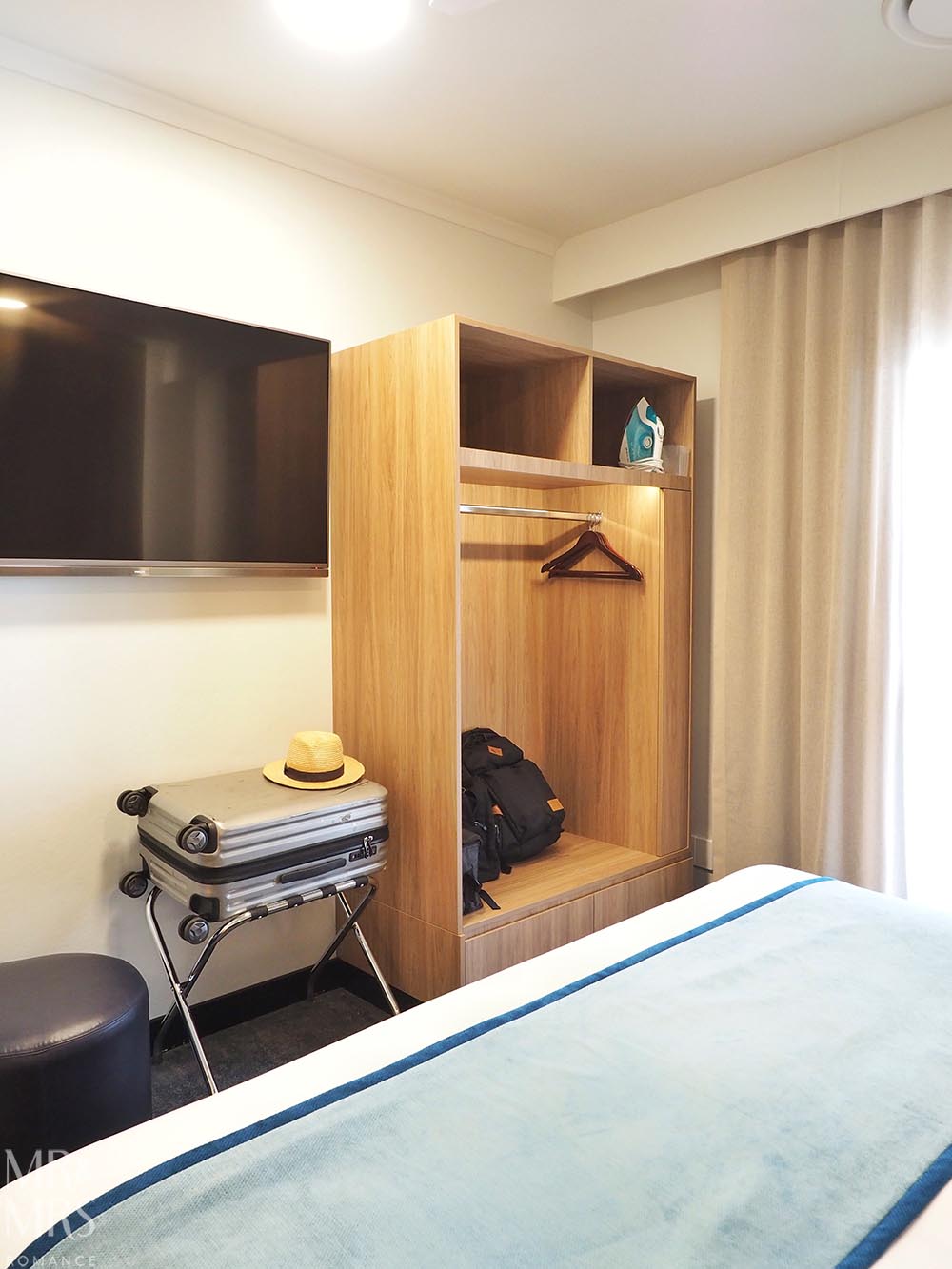 Once again, we’re reminded of the town’s history with details like the photos and the art deco style cabinet that holds the bar fridge. And the vintage wood panelling on signature walls mirrors the decor of the reception and bar.

There’s a strong focus on the environment at the Powerhouse Tamworth.

The bathroom has an egg timer on the wall to help you time your showers, and the shower head itself has a digital screen that tells you not only your water temperature but also how many litres you’ve used.

It’s not a guilt thing, but a useful measurement to help us stay mindful of our actions. After all, the region is under serious water restrictions due to drought. 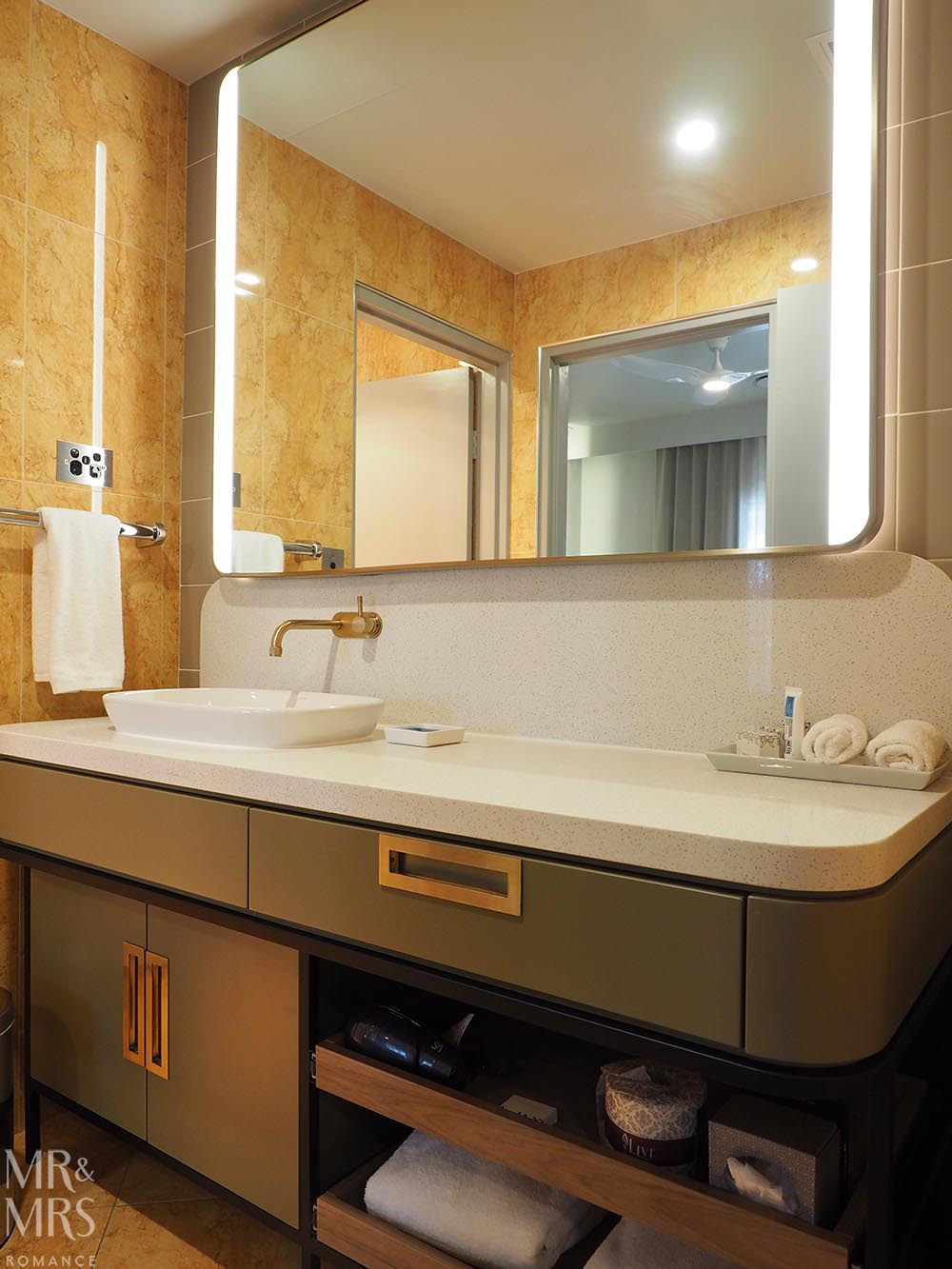 There’s also an offer for guests staying for more than one night to decline servicing of their rooms. If you do so, you’re credited with $10 for food and drinks in the hotel.

And if you drive a Tesla, you’ll be happy to learn that the Powerhouse Tamworth has Tesla charging stations on site too.

In keeping with the rest of the hotel, reception leans towards its fascinating past with shelves displaying a range of antique electrical equipment and industrial artefacts.

On the wall above the stone fireplace are black and white photos of the crews who manned the power station of old and staff from previous generations of the hotel too. 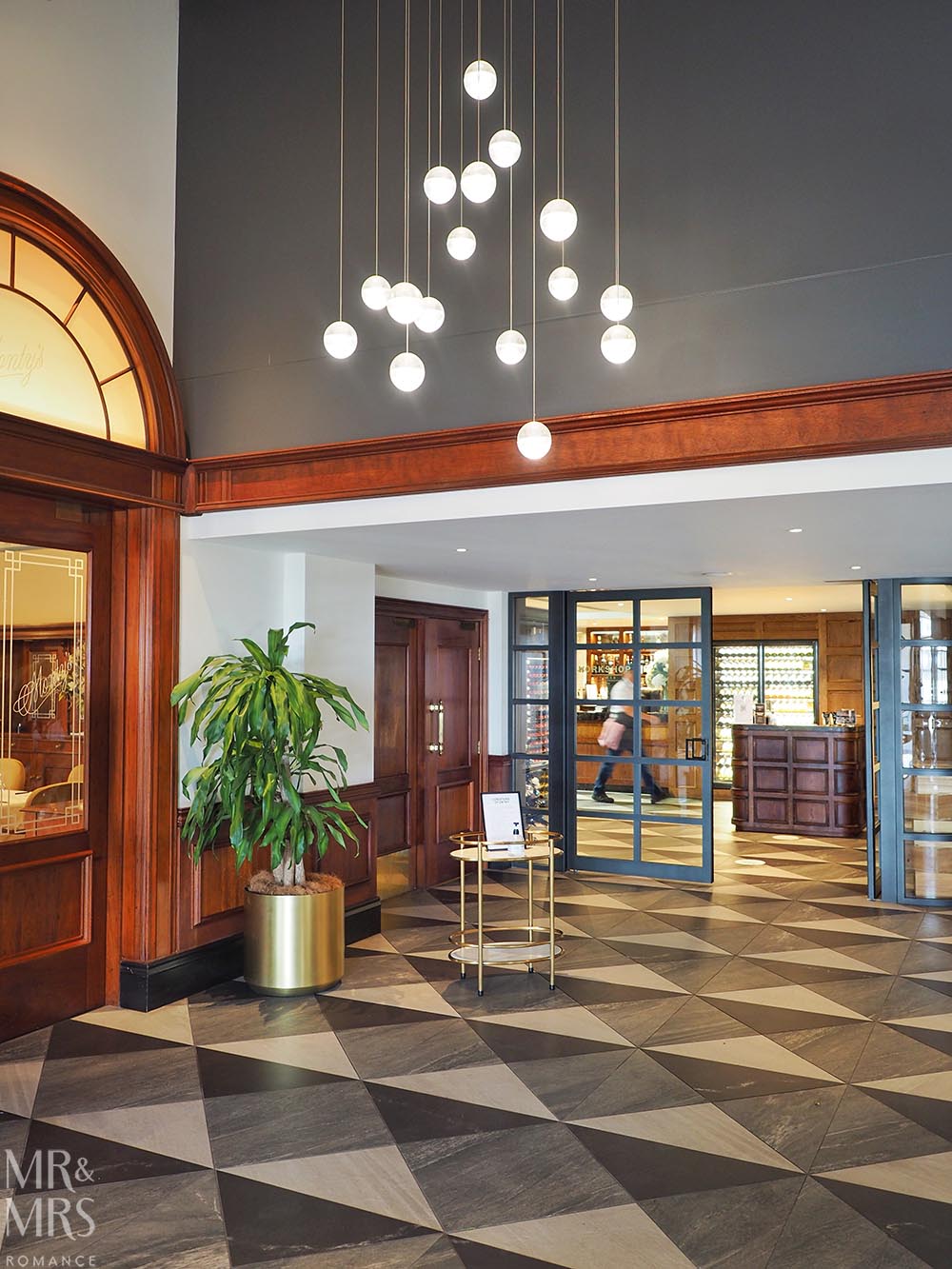 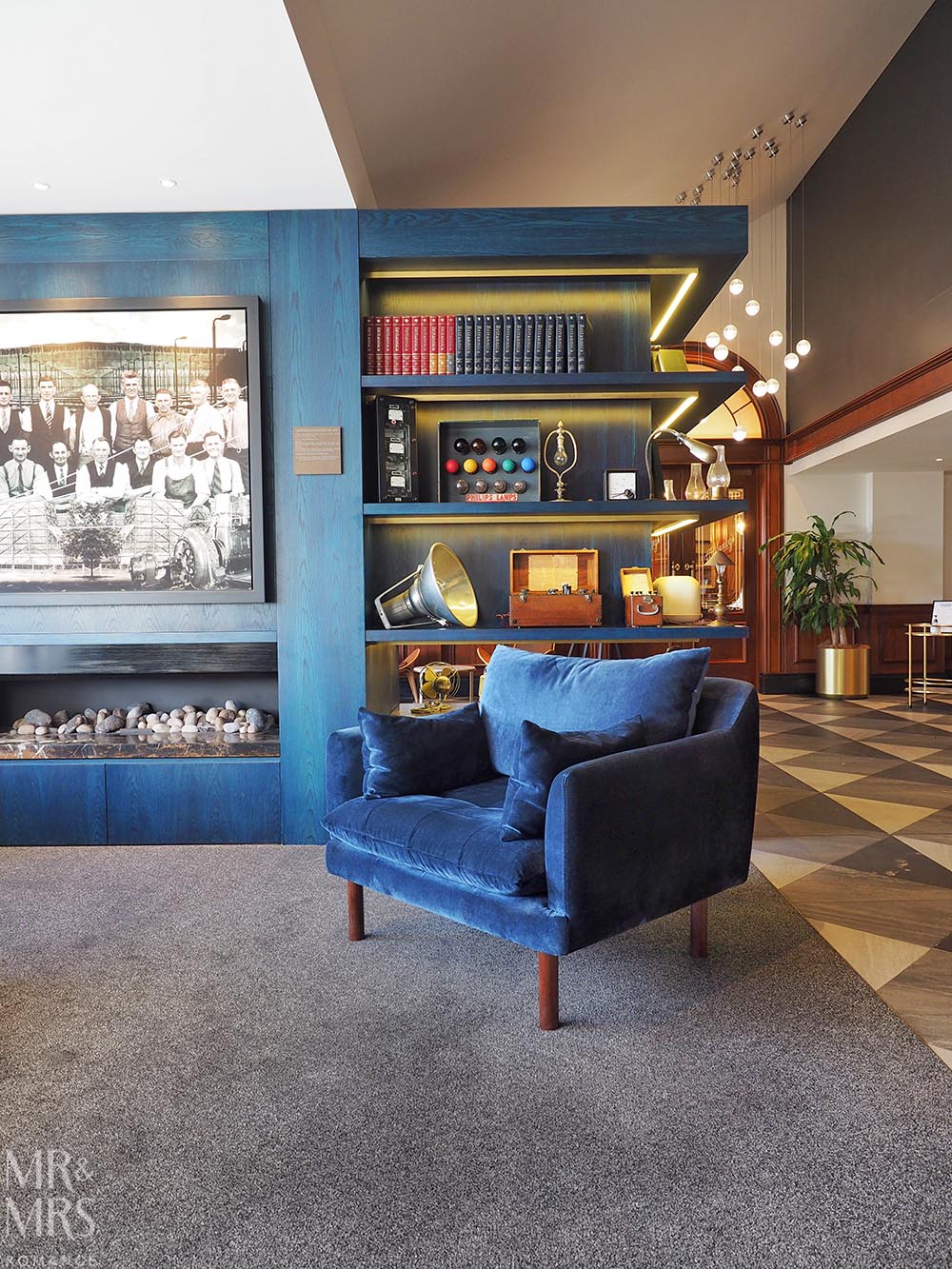 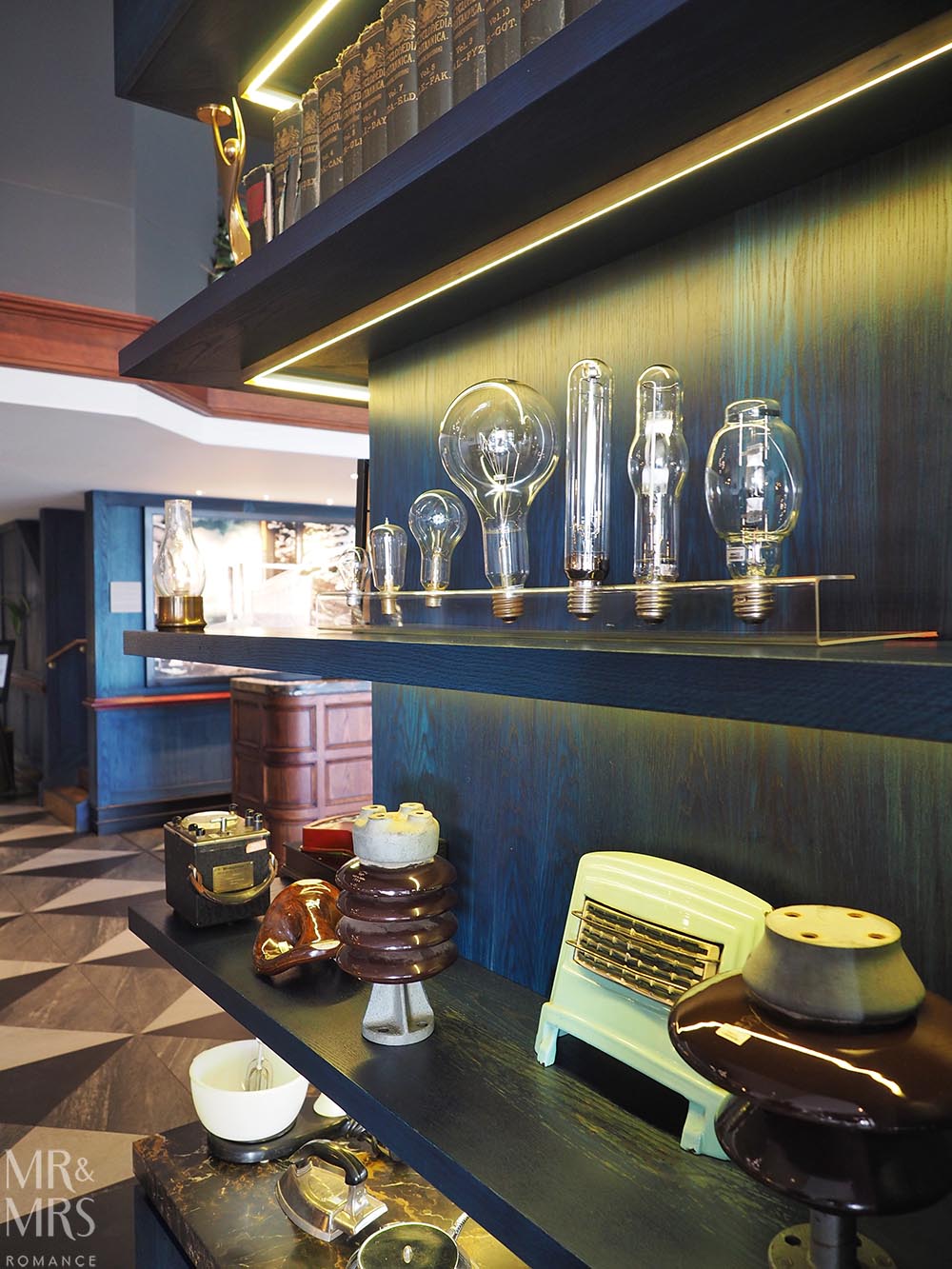 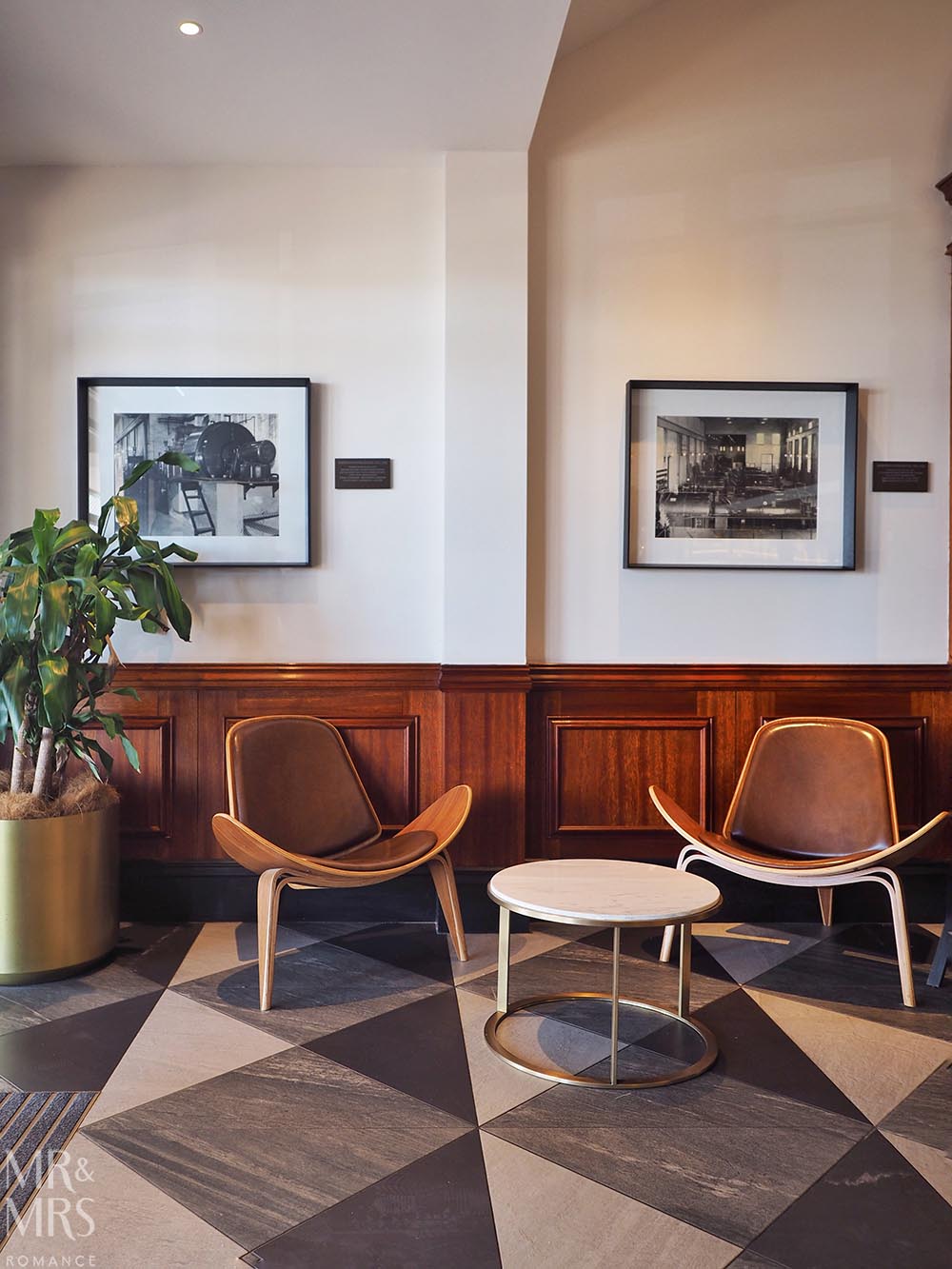 Concierge and check-in staff behind the vintage style desk are always there to greet you with a smile or to direct you through the discreet double doors to the Coal Bunker – the hotel’s beautiful speakeasy style bar.

It’s interesting to see how in recent years hotels have moved away from the soulless hotel bar model serving lacklustre drinks at eye-widening prices.

Instead, bars like the Coal Bunker here at the Powerhouse Tamworth or Grain in Sydney’s Four Seasons are destinations in their own right. Sensitively decorated, professionally staffed and with drinks menus to challenge the best cocktail bars. 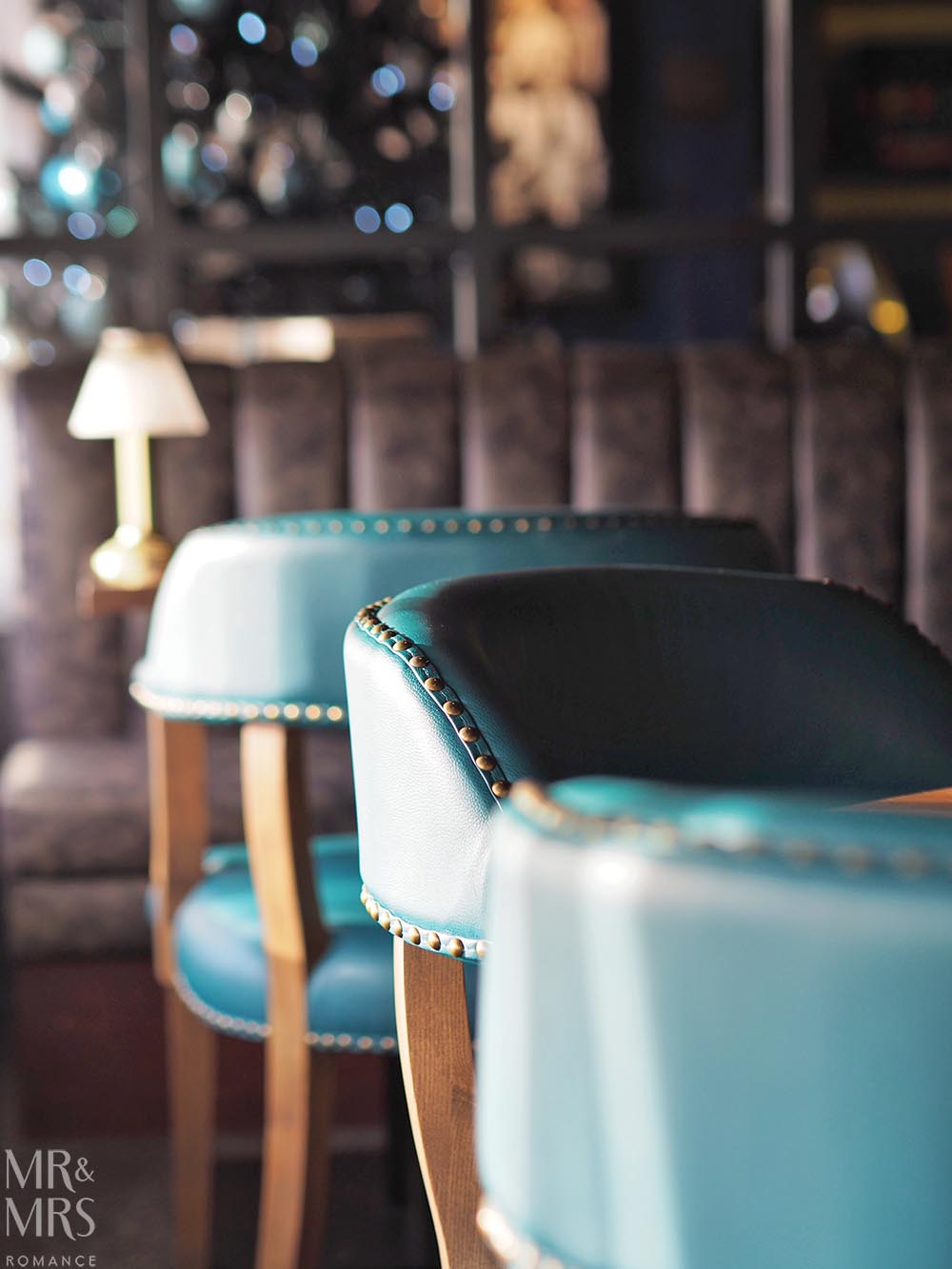 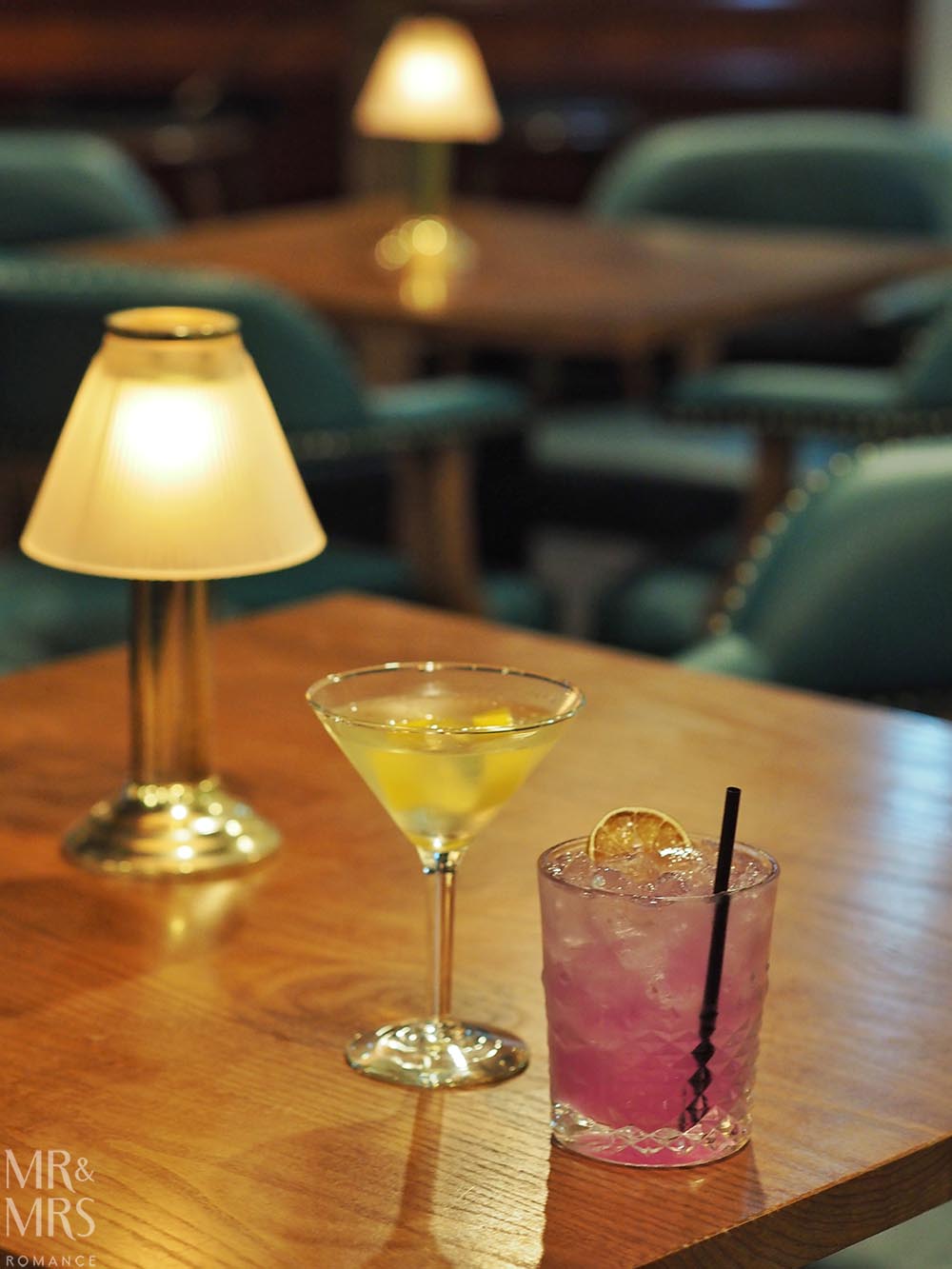 The Coal Bunker certainly wouldn’t feel out of place in any big city. Excellent (local) beers on tap and an immense selection of craft and mainstream gins adorn the bar.

But to one side sits a custom-built rum and whisky cabinet that the head barman Jeromy proudly told us he had curated himself.

But Jeromy’s crowning glory is the range of Sullivan’s Cove whiskies.

This Tasmanian distillery has won so many awards for world’s best whisky I can see why he’s excited. It shows that the hotel has a head barman with a real passion for his work. 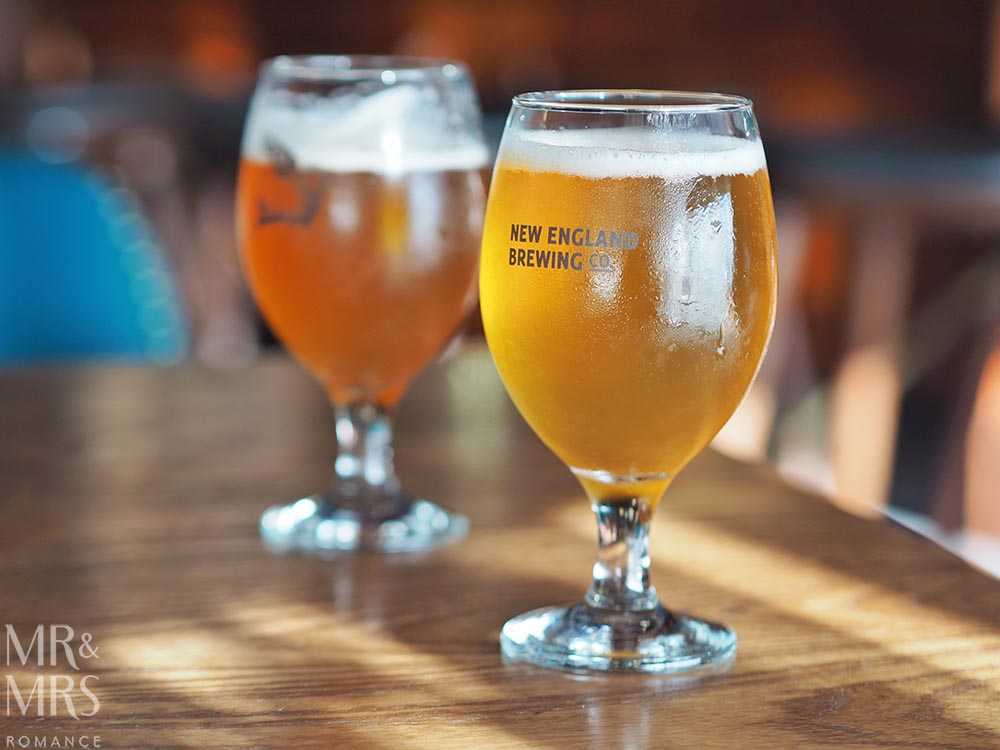 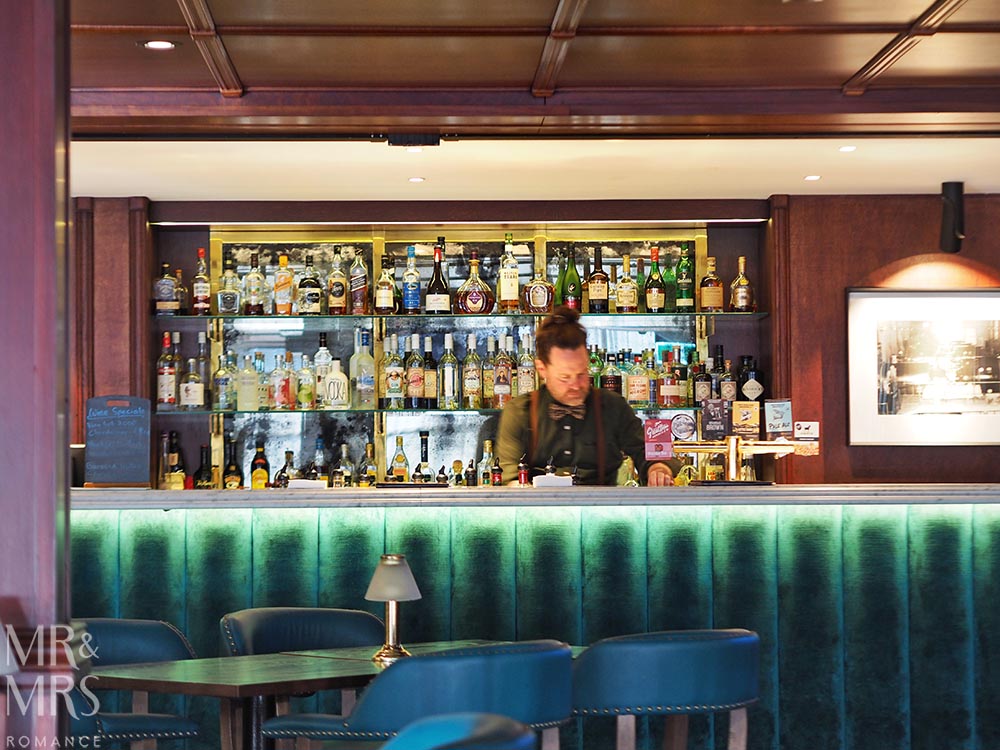 The Coal Bunker is a comfortable spot to enjoy a sundowner and you can even eat in here. Jeromy can put together a mean cheese platter on request or you can order from the full restaurant menu.

Alternatively, why not have your cocktail brought through to the Workshop Kitchen restaurant and enjoy the excellent service there too?

Similarly to how hotel bars have become their own entity, hotel restaurants are also attracting locals as much as the rooms do visitors. 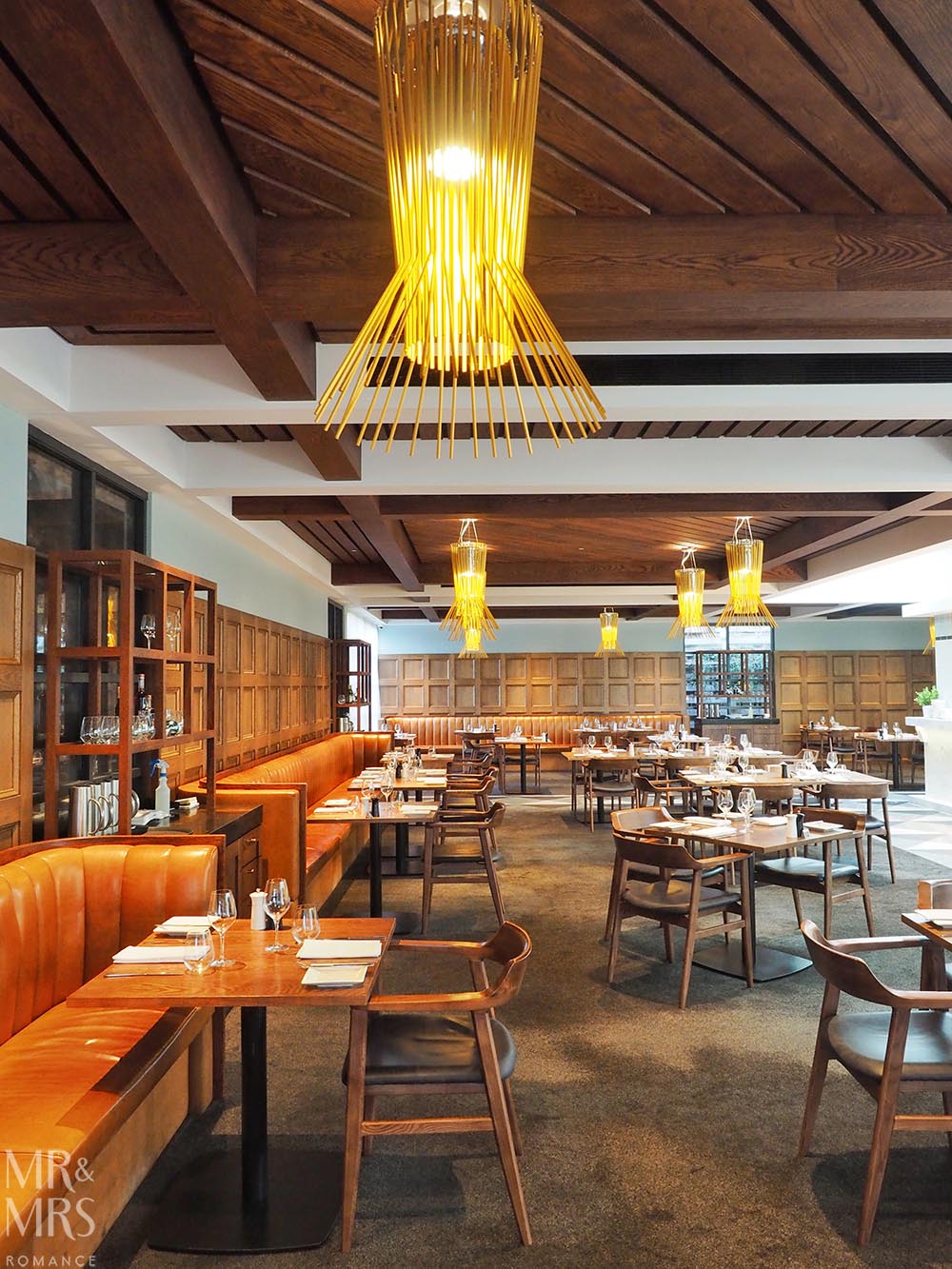 Like Amber – part of the Rydges World Square and the Ternary of the Novotel Darling Harbour, the Workshop Kitchen here in Tamworth brings both guests and locals to its tables.

The dinner menu is extensive but if you like your steak, this is the only part you need to read.

Using Jacks Creek beef, which has been awarded best steak in the world a number of times – the Workshop Kitchen also cooks over an ironbark wood-fire grill, which imparts incredible flavour to already superb meat. 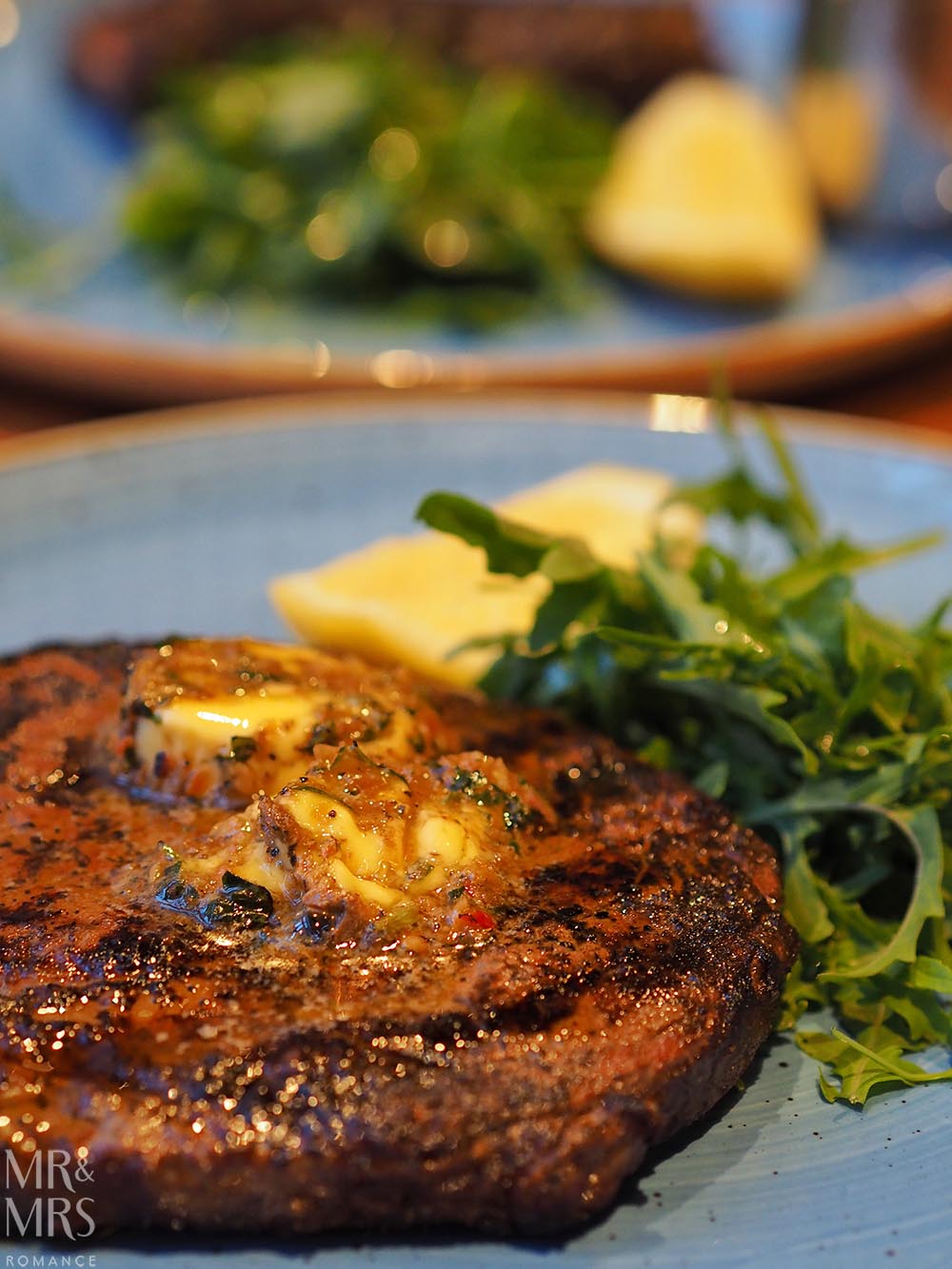 The meal we had here was quite possibly the best steak we’ve ever had. My scotch fillet was so rich and delicate while Jim’s wagyu rump cap was so dense and satisfying we could barely manage two spoonfuls of dessert afterwards.

The Workshop also has a two-glass rated wine list with some real rarities for that special occasion.

There are even a few excellent wines offered on Coravin, a special system that allows wine to be open for long periods without spoiling. It means the restaurant can serve wine by the glass that would normally be hundreds of dollars for the bottle.

Everyone gets excited about the massive country music festivals and parties that go off in Tamworth once or twice a year. But I think they’re overlooking an event that happens daily in this town: the Workshop Kitchen’s breakfasts.

From house-made granola and poached egg avo smash to smoked salmon eggs benedict and the most amazing pulled smoked brisket open sandwich – this is a meal I would travel for. 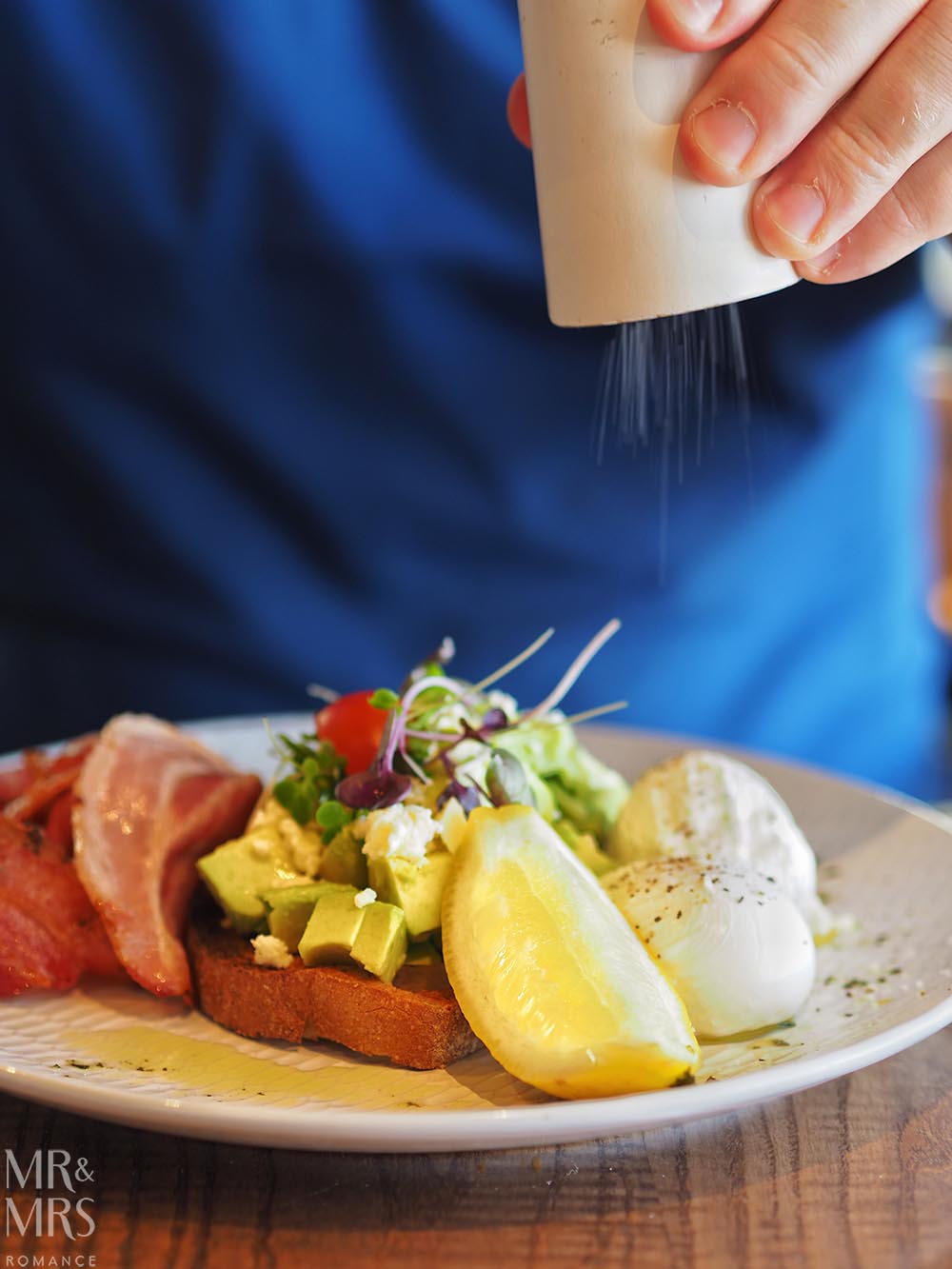 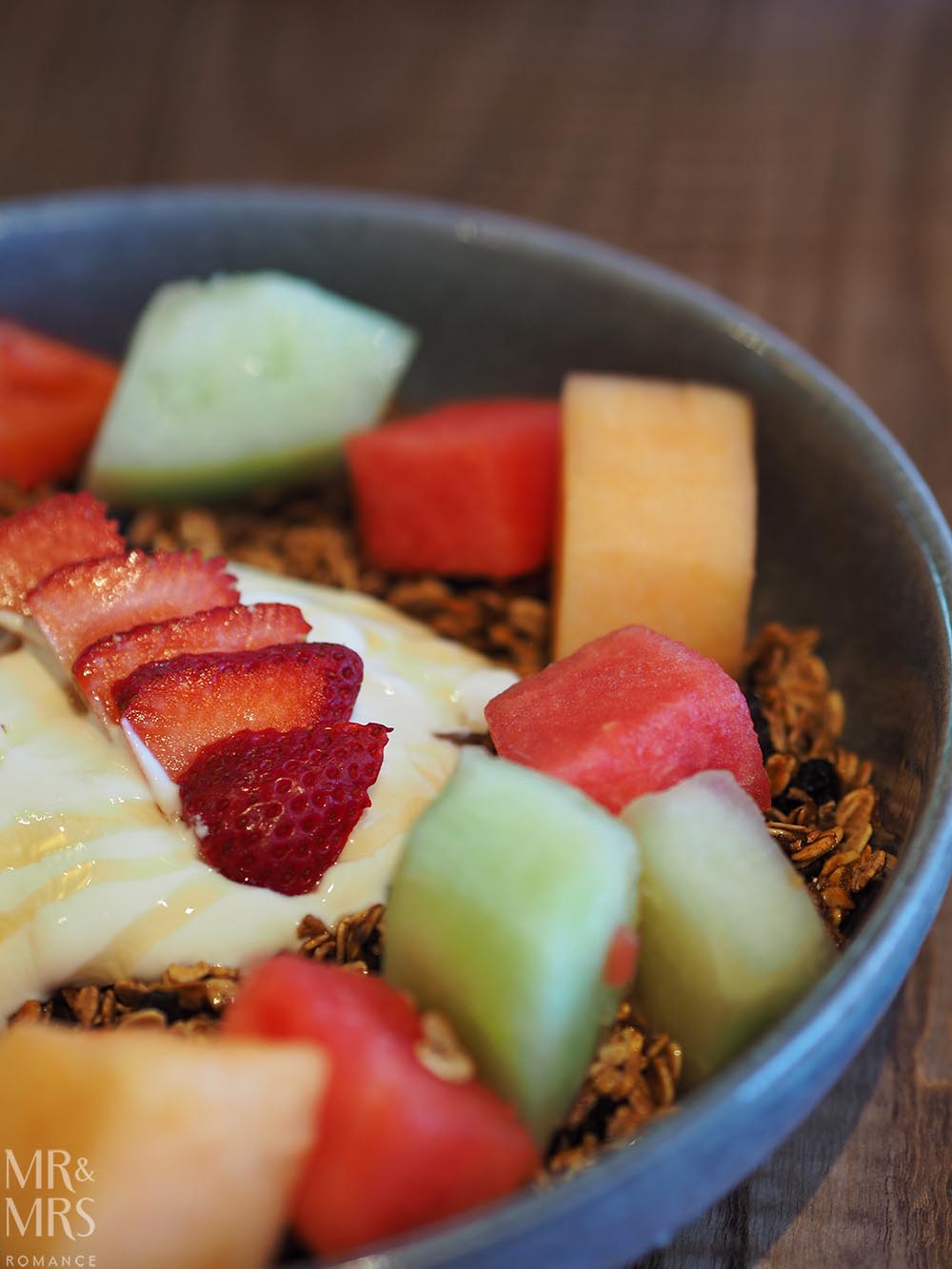 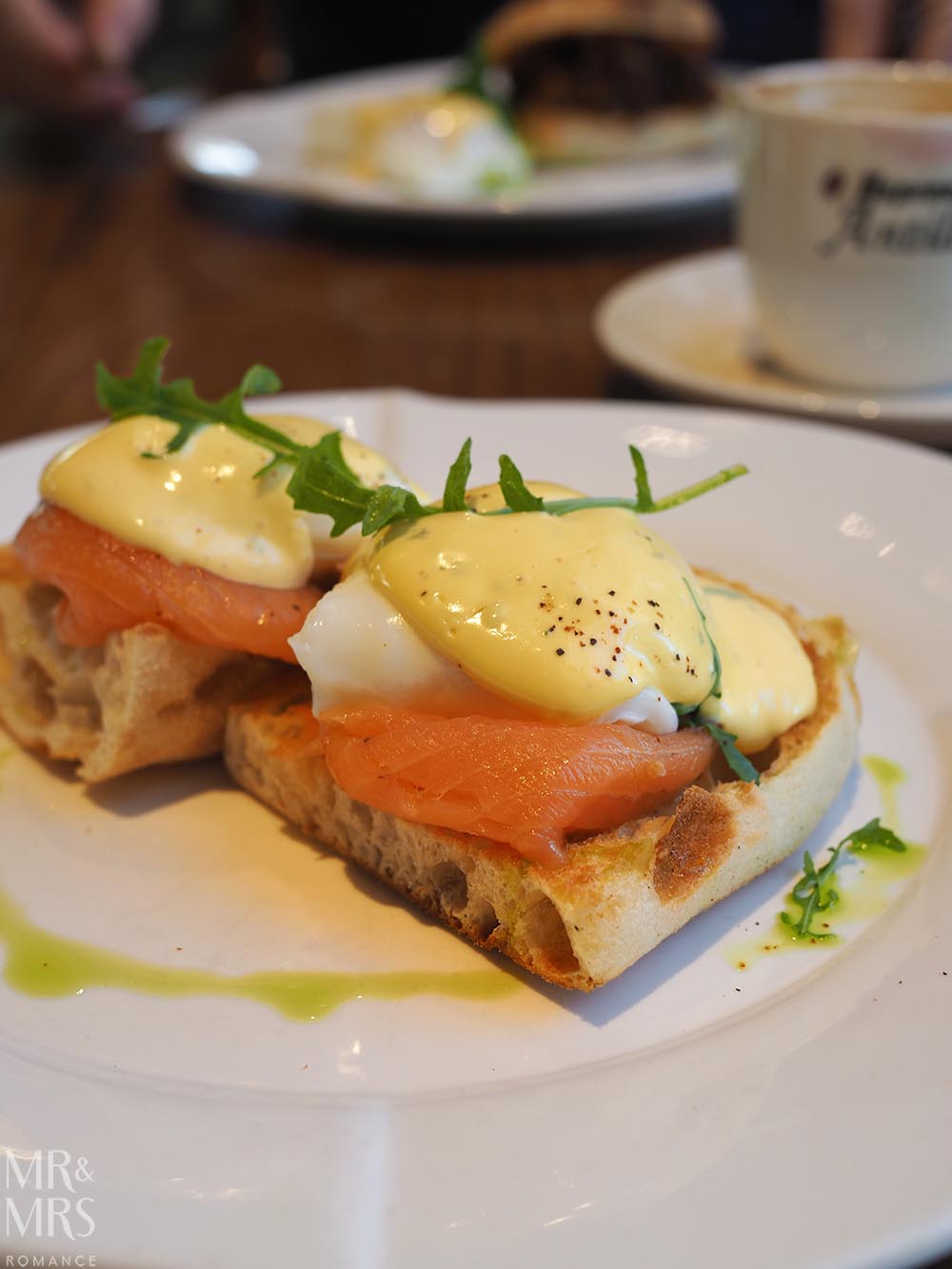 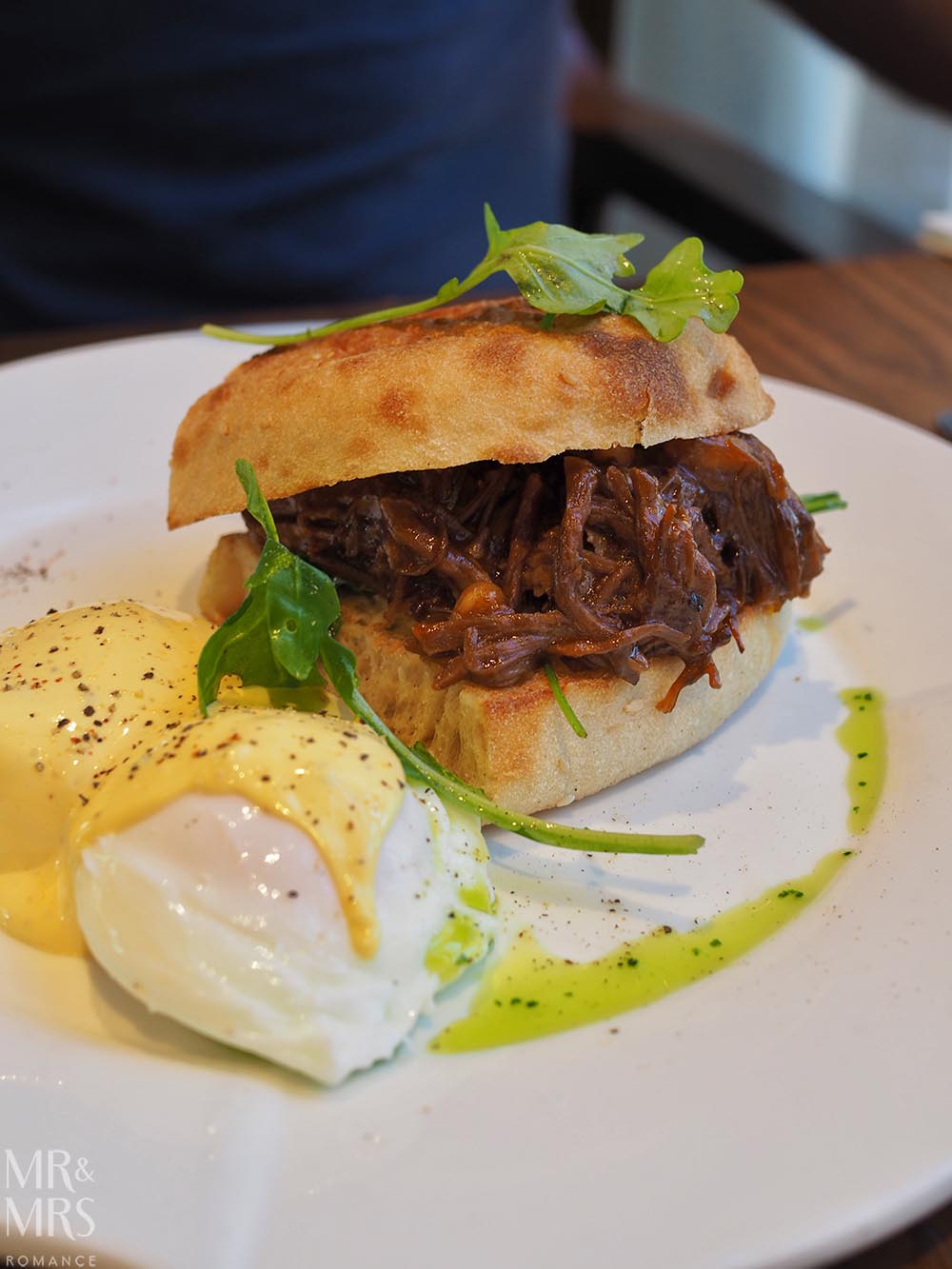 Hotel facilities and the town

Back in the comfort of your room, it’s easy to kick back and relax in front of your 60-inch 4K smart TV with its acoustic wave wall while you digest your meal.

Alternatively, you can cool off in the lagoon pool and spa just outside, or hit the comprehensive gym and sauna nearby.

There’s also the Powerhouse Motorbike Museum in an adjacent building, which houses a rotating collection of 200+ rare and vintage motorbikes.

A few minutes’ walk down the road and you’re in Tamworth’s entertainment quarter where a host of small bars, cafes, restaurants and pubs show off country hospitality at its best.

And always keen an eye (or perhaps an ear) out for live music. There are always bands doing their thing in this the Country Music Capital of Australia.

We were media guests of Powerhouse Hotel Tamworth by Rydges.

Is a private boat tour on Lake Como really worth it?

Everyone has their best angle. Lake Como looks incredible from wherever you stand but is at its most beautiful from the water. So is…