Full of the warm flavours of winter, spiced rum is the perfect drink to welcome the cooler weather. Stone Pine’s latest brew – Dead Man’s Drop – is a black spiced rum that’ll make you feel like you’ve already got the fire roaring and the lights down low. And remember, you heard it here first! 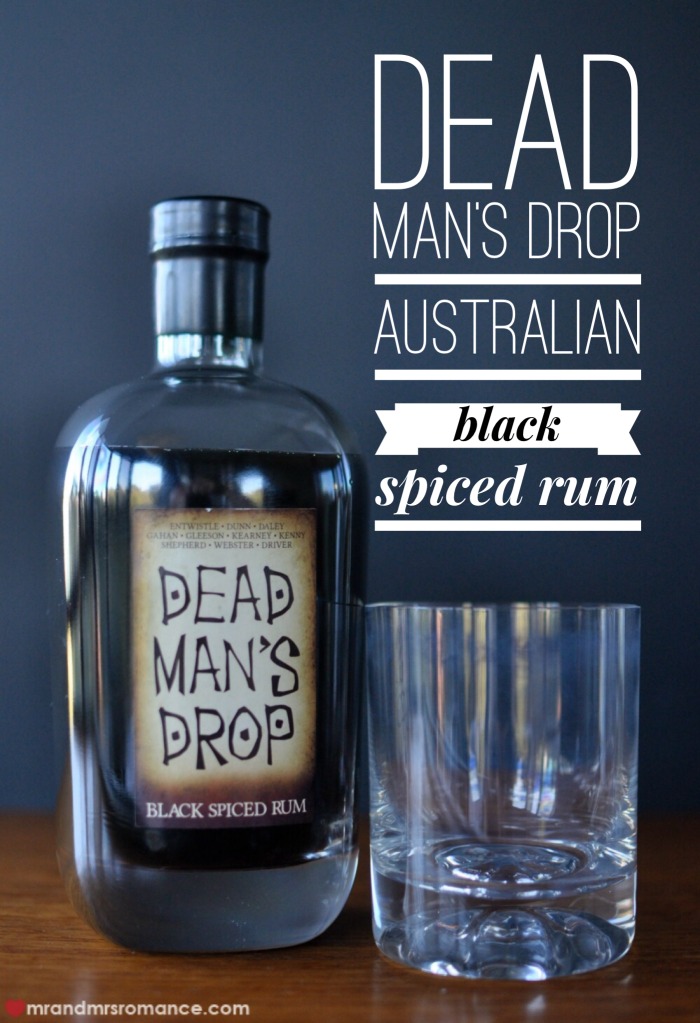 If I’m honest, I never really got the idea of spiced rum before now. It tastes like rum but – a bit like with mulled wine – you start to lose the flavour of the rum under all the spice.

Then again I don’t get mulled wine either.

But this black rum that Ian Glen and his wife Bev have created in their Bathurst distillery, NSW, is bold enough to hold up the herbs and spices they’ve chosen.

As a matter of fact this is the first time I’ve tasted a spiced rum where all those extra flavours work together with the rum instead of overpowering it or just clashing.

I was keen to try this latest entity from Bathurst-based Stone Pine Distillery – the first ever black spiced rum made entirely in Australia. Their dry gin is superb and their golden rum is also very drinkable. 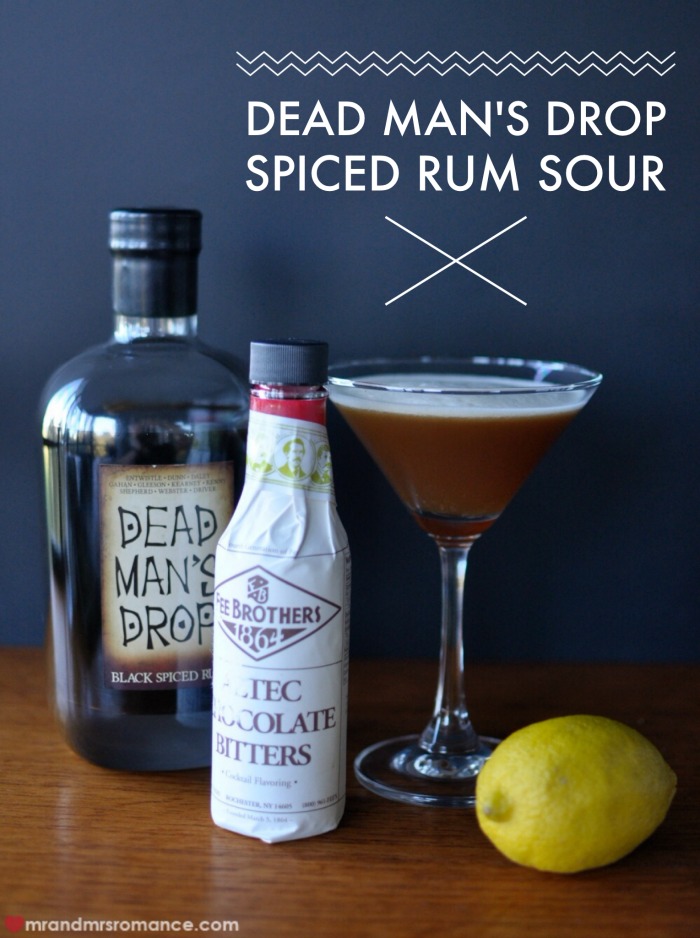 1.  Shake ingredients with plenty of ice or stir vigorously until you see a head forming the shaker.
2.  Pour into a cocktail glass or into a tumbler over a large ice cube. 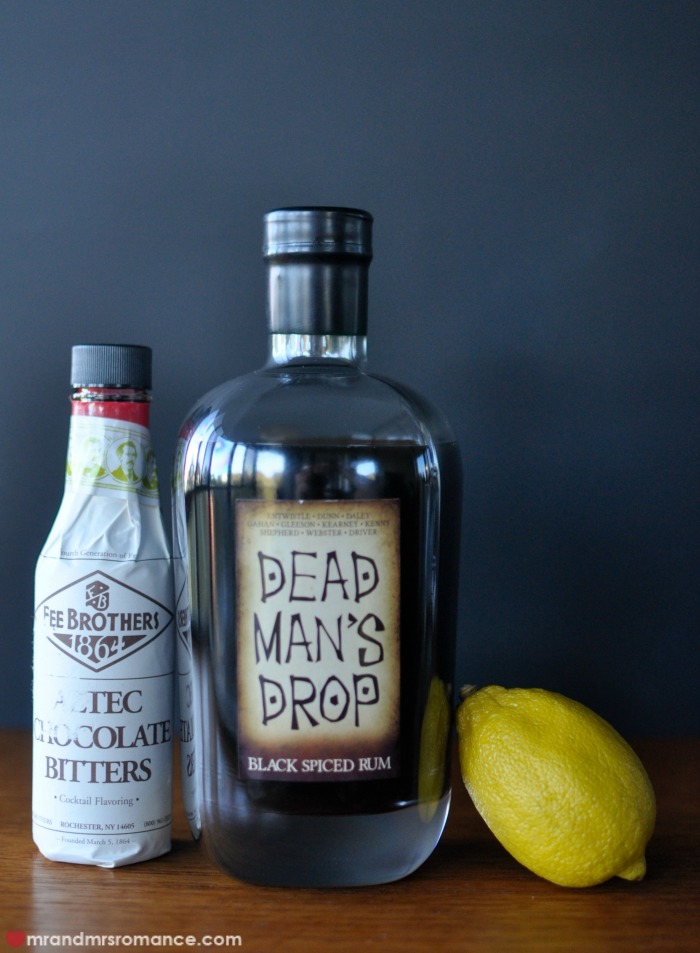 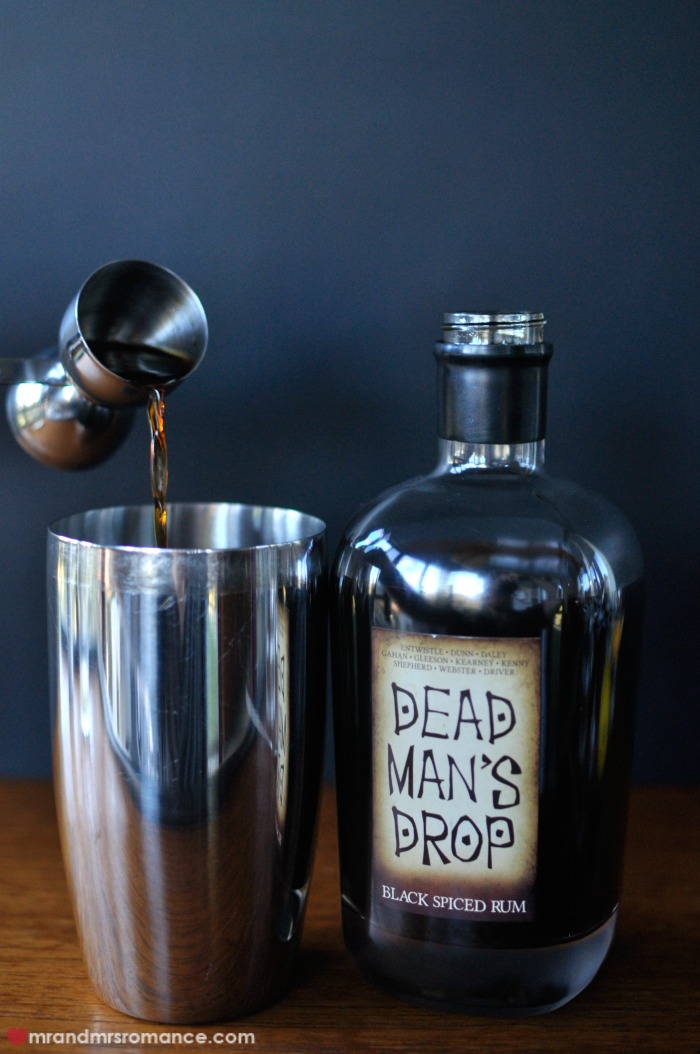 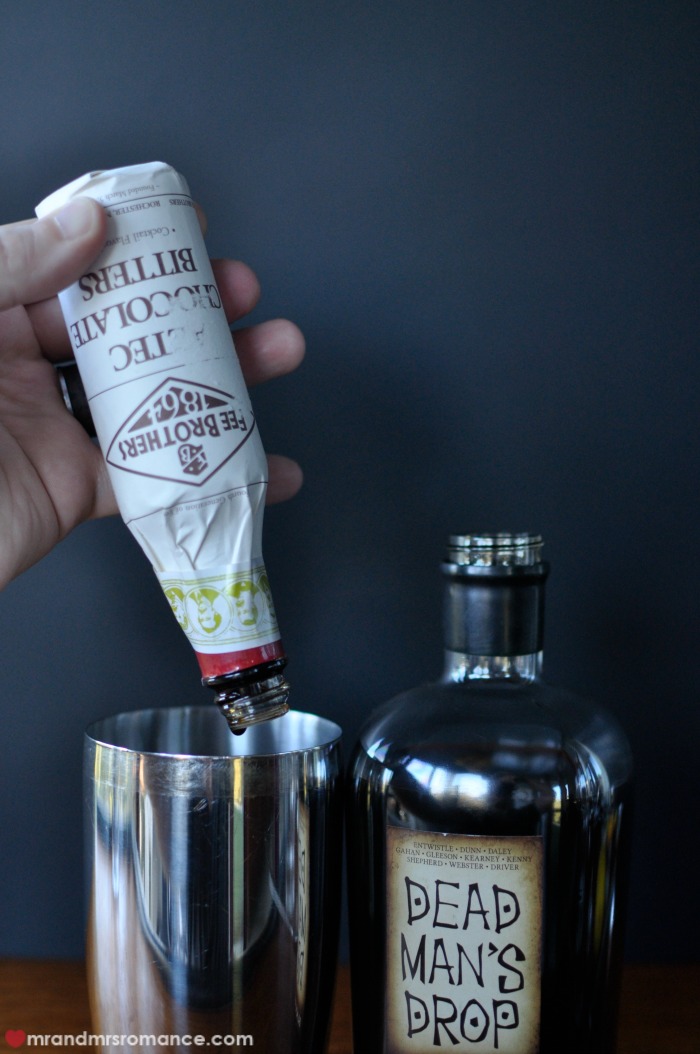 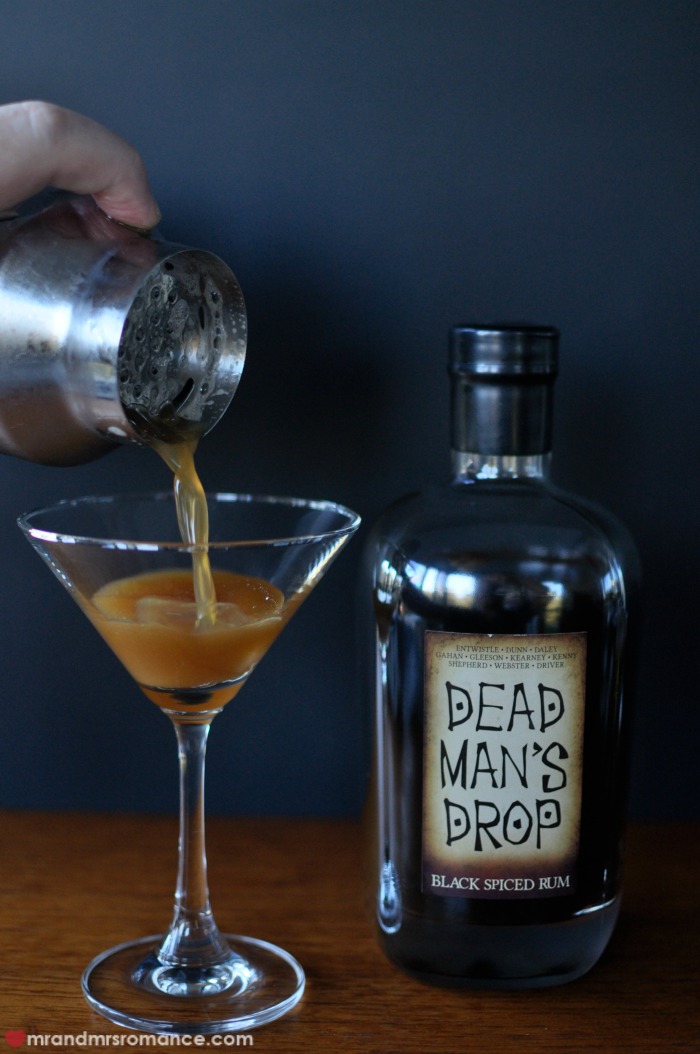 If you don’t have chocolate bitters, regular bitters should still do the trick.

The egg white gives the drink a more permanent head and also gives a more velvety mouth feel. You don’t need to add the egg white.

Sugar syrup is really easy. Make a 1:2 ratio of caster sugar and hot water in a glass. Then drop an ice cube in and stir it up to cool the mix down. 1 tablespoon of sugar and 2 tablespoons of water should be enough for this drink.

The sharpness of the lemon counteracts the sweetness of the rum and vanilla but allows the herbs and spices to come through. It also enhances the orange flavours. The syrup curbs the overly sour edges of the lemon. 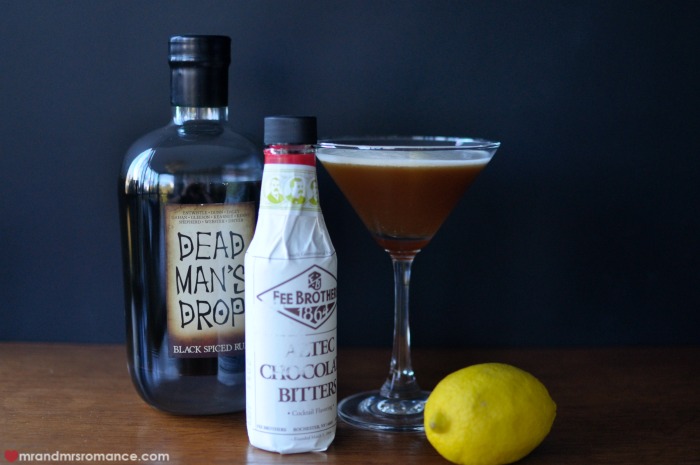 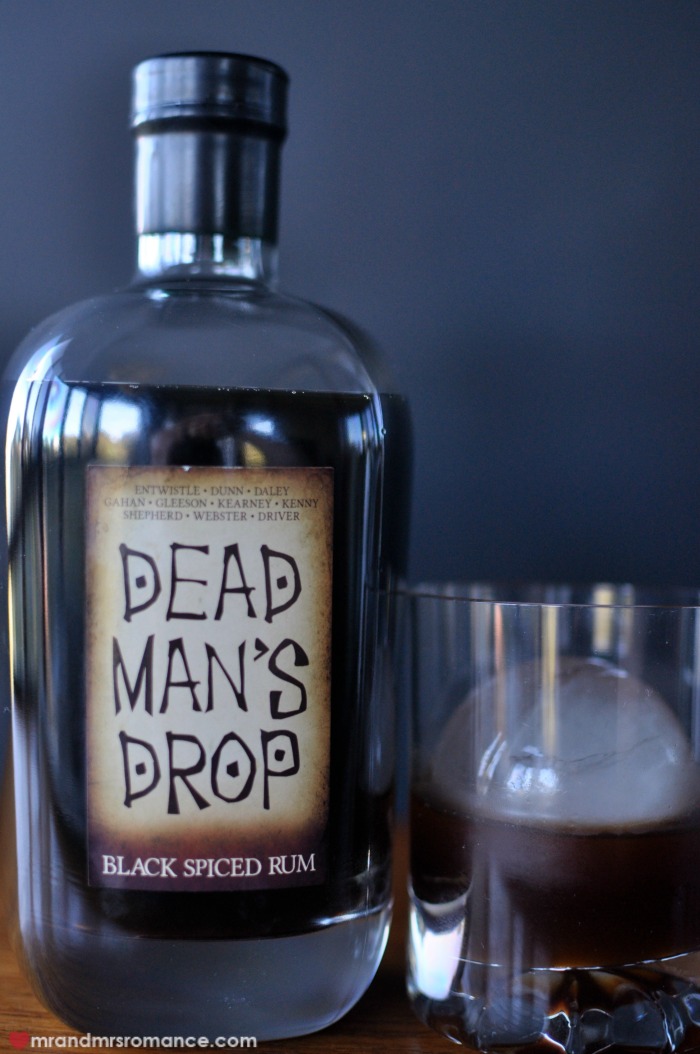 To shed some light on this dark mystery of a spirit, I was lucky enough to talk to Ian Glen, owner of Stone Pine Distillery.

Why spiced rum and why Dead Man’s Drop?

“I’d been thinking for doing a black spiced rum for a while. We thought it’d be fun to go with a bushranger theme. It ties in with the pirate nautical theme usually associated with spiced rum and rum in general, but we’ve just gone inland.

“It just makes more sense – I mean we don’t get pirates in Bathurst – but we have had bush rangers.”

Bathurst is over 200km inland and has its fair share of bushranger history. Bushrangers were villains who lived in the Australian countryside similar to the old English highwaymen or the outlaws of the American Old West.

They’ve found a special place in Australian hearts and have become a kind of modern day folk legend. Ned Kelly and his gang in particular have excited imaginations for years.

“Dead Man’s Drop refers to the hanging of the Ribbon Gang back in 1830. The ten names on the top of the label were the ten villains who were hung.”

The names Entwistle, Dunn, Daley, Gahan, Gleeson, Kearney, Kenny, Shepherd, Webster and Driver are listed on the bottle. Guilty of murder, bushranging and horse thieving, the execution of the ten men was the first ever public hanging in Bathurst. 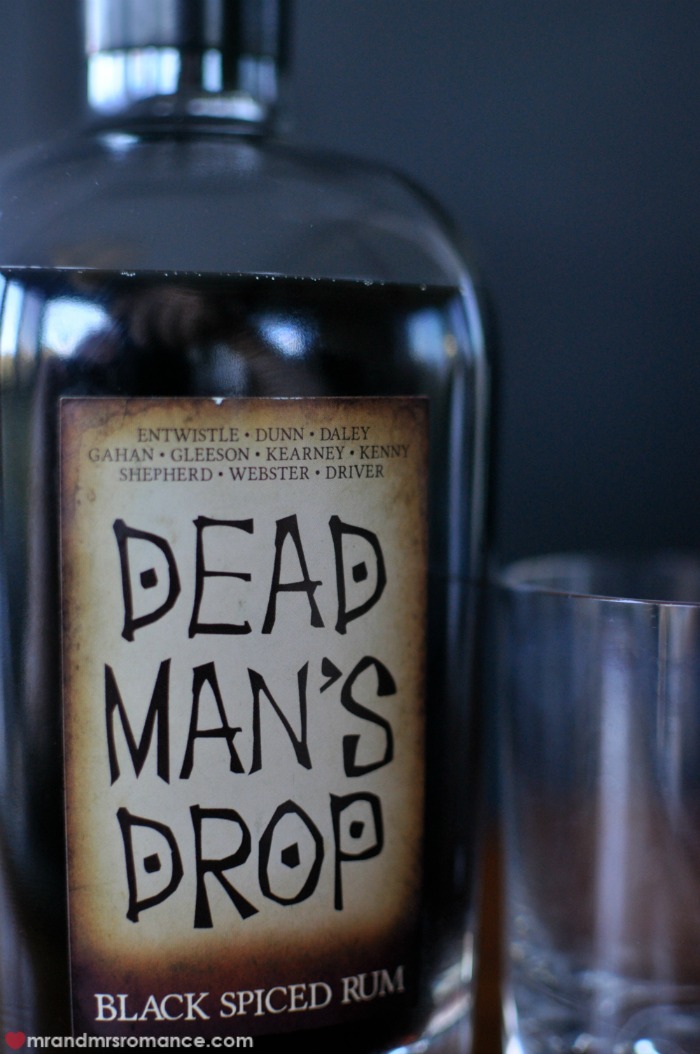 What inspired the unique flavours in this spiced rum?

“I’ve got a love of Aussie natives, which comes through in our gin particularly, so it was another opportunity to explore the native angle.

“Ringwood – or Aniseed Myrtle as it’s probably better known as – and also Cinnamon Myrtle are the two native ingredients. And then we’ve used orange peel and some vanilla. So they’re the key spices.

“I think rum and vanilla go beautifully well together and we have used vanilla, but I didn’t want it to be as one-dimensional as that.”

When you smell then taste this rum, the aniseed from the ringwood is quite clear, as is the cinnamon. It’s not until you taste it that the orange peel comes through underneath the sweetness and molasses of the rum. The vanilla sweetens the whole deal.

How do you drink Dead Man’s Drop black spiced rum?

“Our rum is a big-flavour rum, being pot distilled then aged in a fairly small barrel with a lot of oak, you want to compliment that flavour but allow it to still come through.

“I always have an approach to any spirit I make – it’s got to stand alone first and foremost and then after I’ve created it, start to think what to put with it after that.

“The ones that I have tried that have worked are quite simple: dry ginger ale with ice and a little slice of orange.”

It is indeed an easy-drinking rum. It’s very warming at room temperature and makes for a great sipping rum. It doesn’t lose any flavour when it’s chilled though. I quite like it over a chunk of ice.

It works well as a spiced rum Old Fashioned. I’ve tried it with three different bitters – regular Angostura bitters, orange bitters and chocolate bitters – and they all work quite well.

It’s simple to make: add your Dead Man’s Drop over a large ice cube or sphere, then just shake a few drops of bitters into the glass and stir. There’s no need to add any sugar syrup as the rum’s already sweet enough. 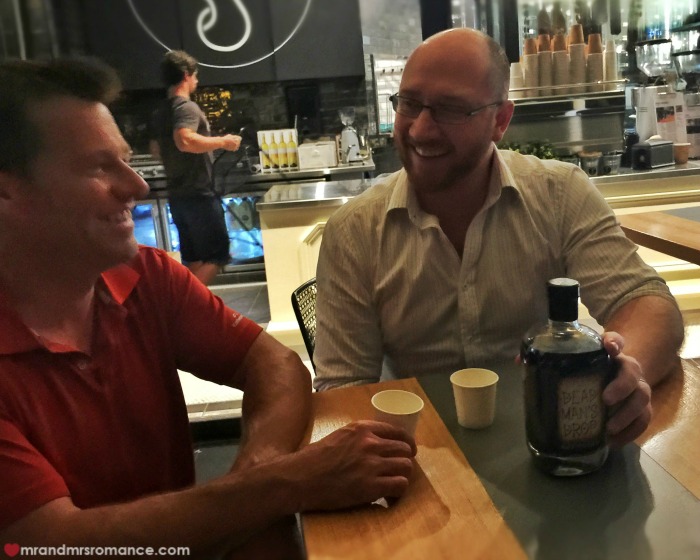 So keep your eyes peeled for Stone Pine’s Dead Man’s Drop in selected bars and pubs. It’s also available in The Oak Barrel in Sydney or Nick’s Wine Merchants in Melbourne – in store or online.

Go to Stone Pine’s website to purchase your bottle or at regular farmers’ markets noted on their site.

If you’re looking to buy a regular amount (which you will), have a word with their distributor – the ever awesome Nip of Courage. 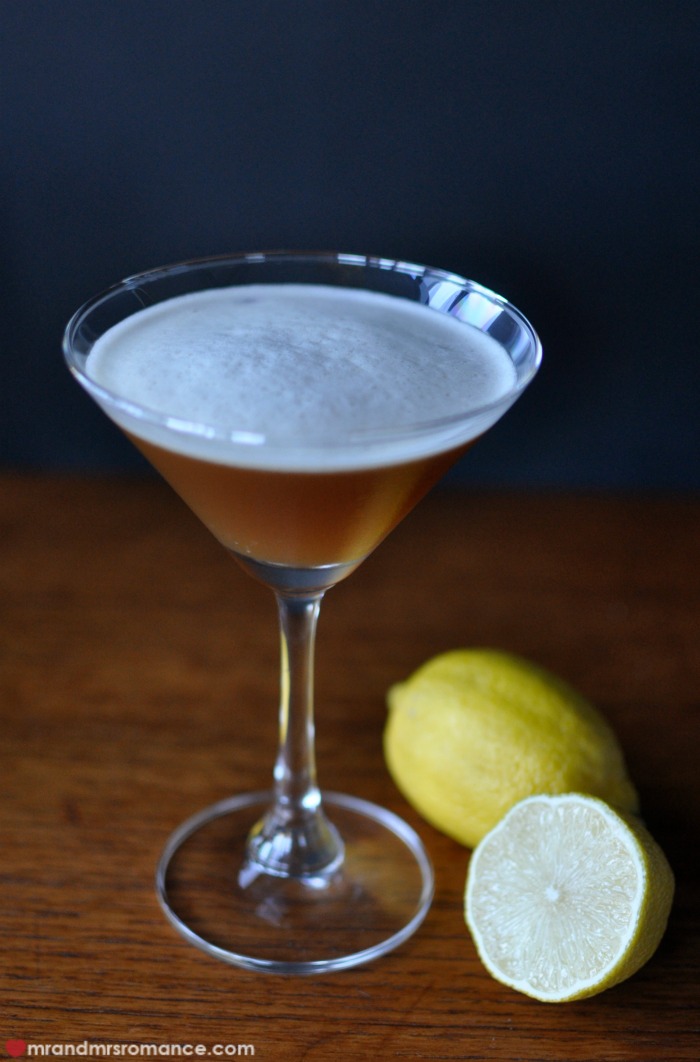 What do you think of spiced rum? Have you got a new favourite spirit or drink? Tell us in the comments!

What to see and do at Loch Lomond, Scotland

Straddling the boundary between the Scottish Highlands and the lowlands, Loch Lomond’s rare beauty and sheer vastness draws many visitors to its shores. But once you’re…