Most of the time I find drinking at breweries a bit like drinking at the cellar door of a winery. Food’s usually expensive, the drink’s not much cheaper and the surroundings tend to be a little… gritty. Stone Brewery, San Diego isn’t like that though. In fact it doesn’t feel like a brewery at all. 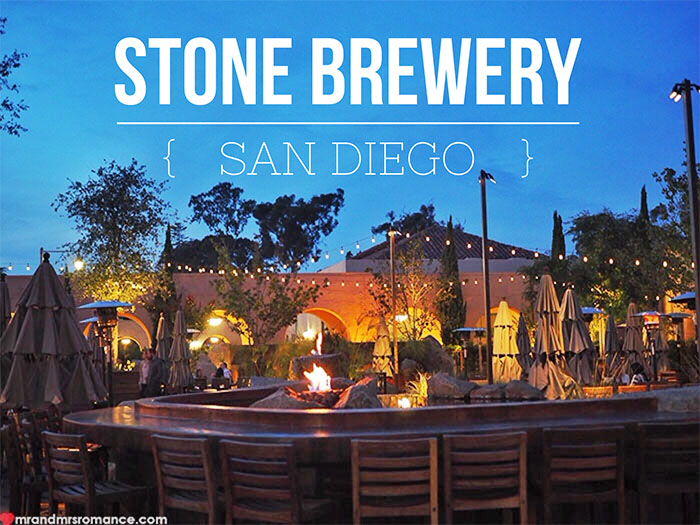 I’ve had a drink in quite a few breweries in my time. It’s great fun. It’s like you’re your drinking straight from the source – like you’re some kind of beer vampire glugging away at a hop-fuelled artery. I love it.

You feel like you’re in touch with the beer, closer, more connected. Plus you get to try the brewery’s full line of beers – some of which will never go on sale.

That’s one thing you don’t get at Stone Brewery.

Ok, so it is out in the middle of nowhere – an industrial estate/village with a weird parking lot – but once you’re inside, you can’t tell.

This place is palatial. Inside is dark and moody with boothed seating or big banquet tables with little waterfalls inlaid in the tabletops.

Outside, along with the ubiquitous San Diegan firepit and water feature in the middle, is a truly enormous courtyard. It’s amazing. I have no idea how many this place would seat. 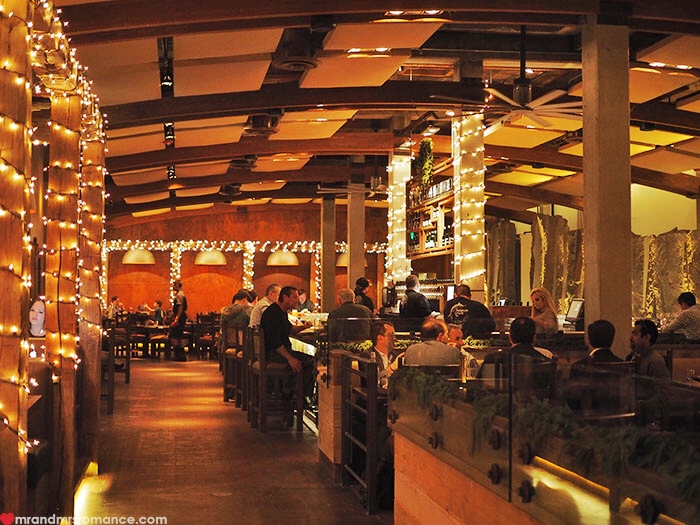 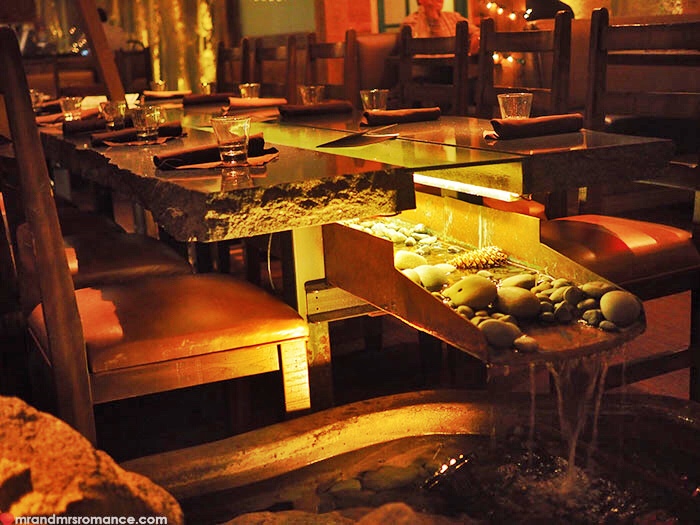 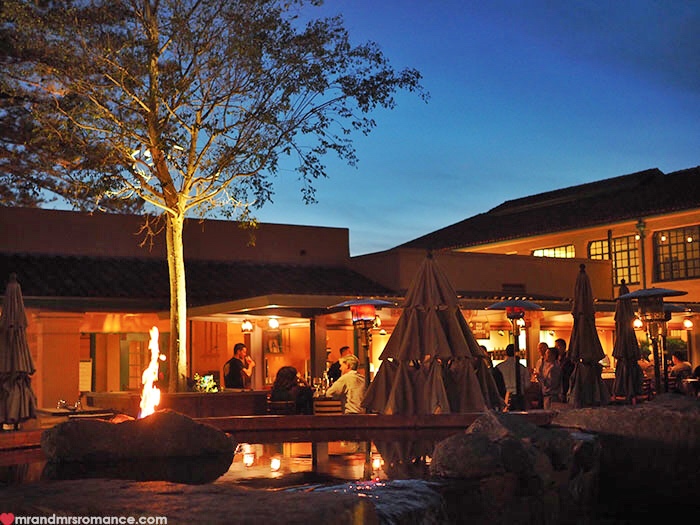 Our very knowledgeable waitress helped us through the menu of at least 40 different beers on tap. The beers are either brewed right here or in two other sister locations in the county.

We decided to go for a flight of four beers each. And a bite to eat. We just couldn’t resist!

We had to control ourselves though – we were heading to dinner with friends shortly after! In the end we limited ourselves to the the artesian sausage platter and the beef lettuce cups. 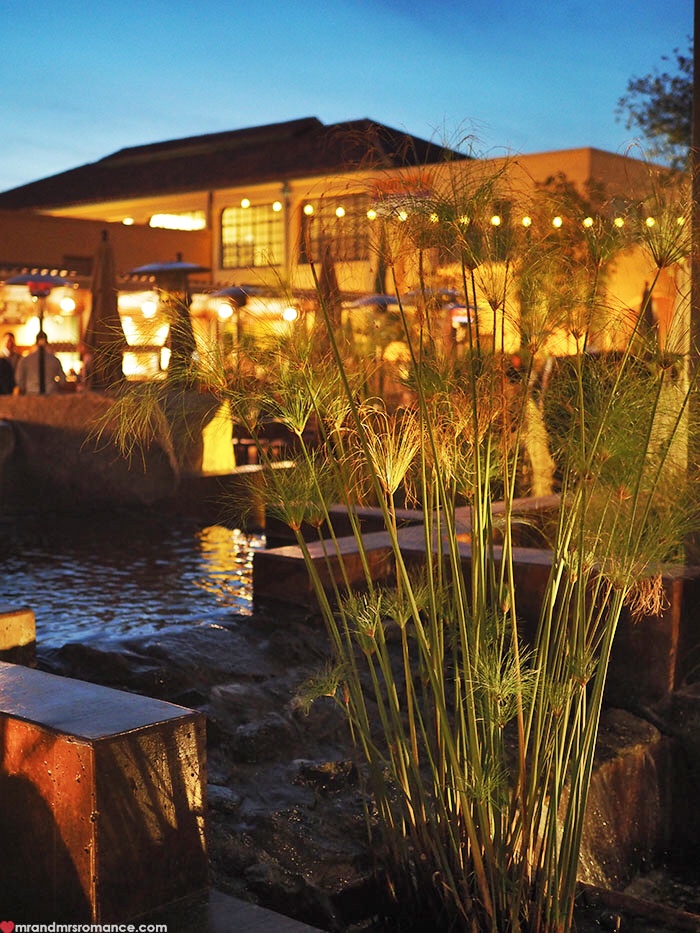 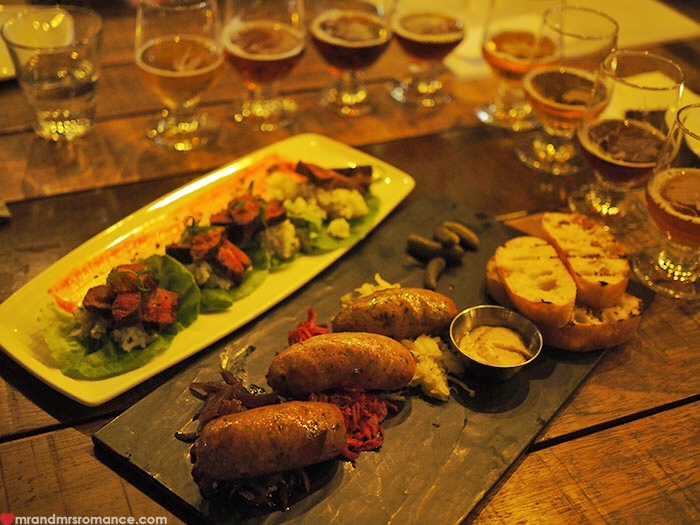 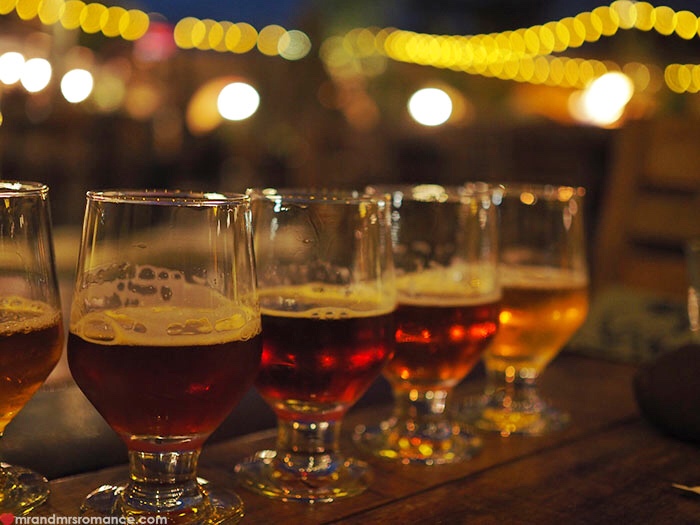 We had some favourites among the beers we chose. Out of all of the beers, the Smoked IPA was the most unusual.

Surprisingly light colour and no smoky smell. But when you drink it, the smoky taste is huge. Actually tastes of sweet, burnt wood, followed by tart, fruity IPA flavour and ending in gentle bitter tone.

The Stone Pale ale and the Stone Go To IPA were Mrs Romance’s favourites. They’re not confronting – what you’re expecting beer to taste like – and not too bitter, or too flowery or sweet. Really good session beers, and they weren’t too fizzy either.

The American IPA – Dr Rudi Hops was my favourite. It’s a solid beer, nutty taste, good hoppiness but not flowery. Long, steady flavour ending eventually in good bitter tone. Could drink a lot of this!

We left Stone Brewery very reluctantly. It’s clearly a local hub and it’s not surprising. If this place were just a quick drive away, we’d be here all the time.

The ambience to the inside and outside areas is beautiful, the food’s superb, and the beer is challenging, intriguing and so well crafted. 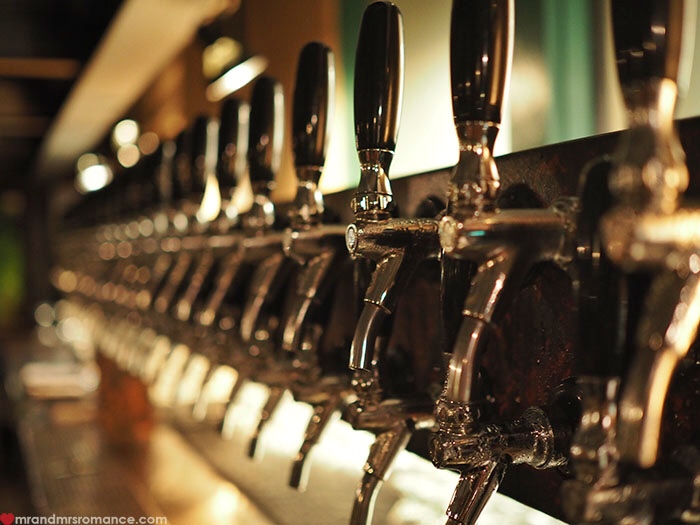 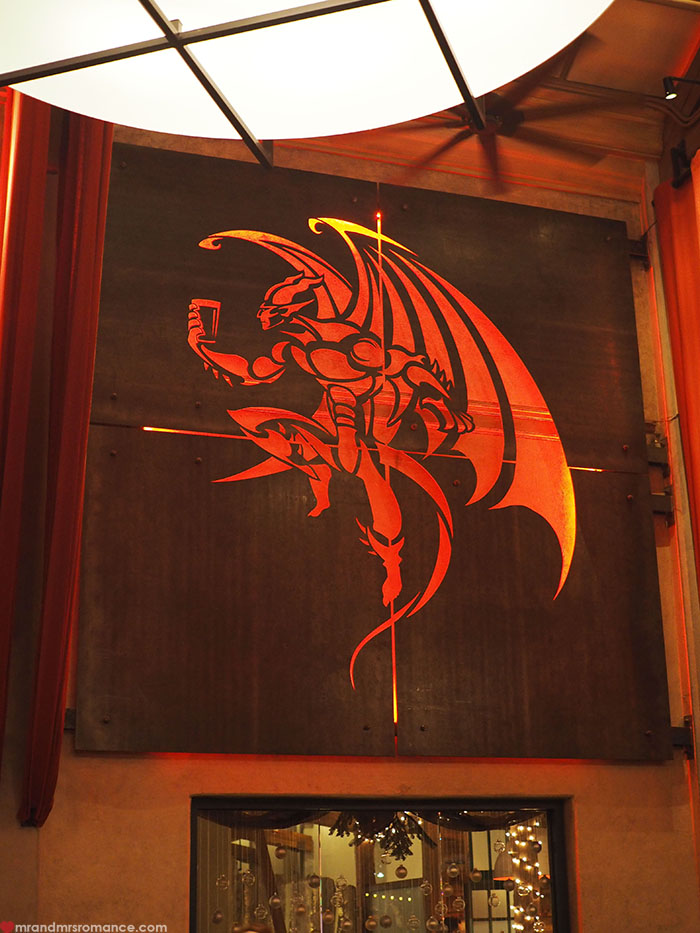 Have you ever visited a brewery? What did you think? Do you have a favourite beer or wine spot? Is there a place you’ve been to that you wish was a lot closer? Tell us in the comments!

When it comes to seafood, it doesn’t get much better than at famous chef Rick Stein’s restaurant in Bannisters by the Sea on the…