If seeing the Grand Canyon wasn’t on your bucket list before, get ready to edit. But to be able to get in a helicopter and then not just fly through the canyon but bloody well land in it… the prospect is pants-wettingly exciting! And there’s even more to it than that. 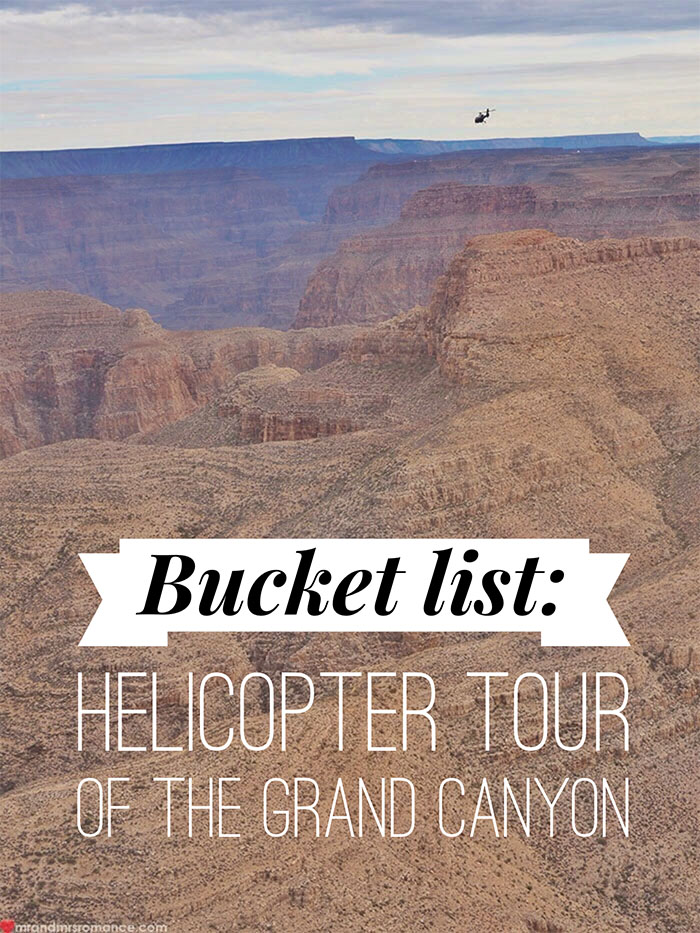 I’ve always wanted to see the Grand Canyon. Just to stand and stare out over the vast crevasse that stretches for 445km along the Colorado River.

Two billion. Even the idea of this place is mind-blowing.

So you can imagine my excitement as we made our way down to the lobby of our hotel in Las Vegas for our chauffeur to take us to the airfield.

That’s right, we were going to fly into the Grand Canyon in a helicopter.

Thankfully, Mrs Romance shares my passion for going in helicopters. We take every opportunity to go in them. We love them. As far as things on our bucket list go, flying in a helicopter is one of those recyclable items. We always want to do more.

We arrived at the Maverick Airlines hanger in the Henderson Executive Airport about 25 minutes out of Vegas with the 4 other people in our group and were duly processed.

We then waited for… I actually don’t know what we were waiting for, but eventually we all boarded the helicopter. The ECO-Star EC-130 helicopters Maverick uses are really comfortable and have an amazing safety record, but are not well air-conditioned, so if it’s a hot day, take a fan with you. 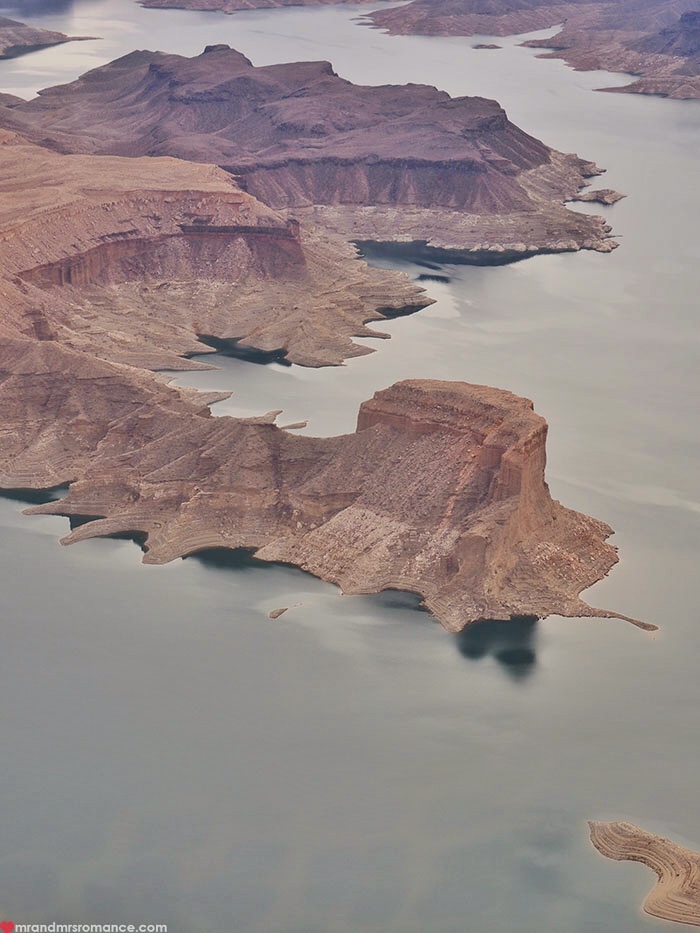 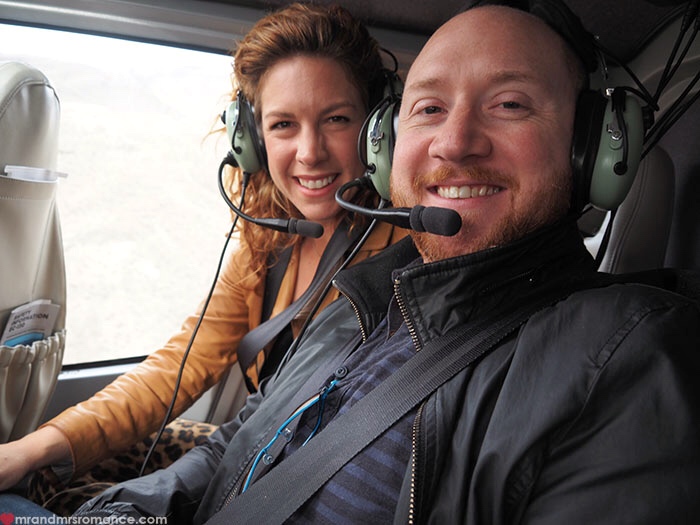 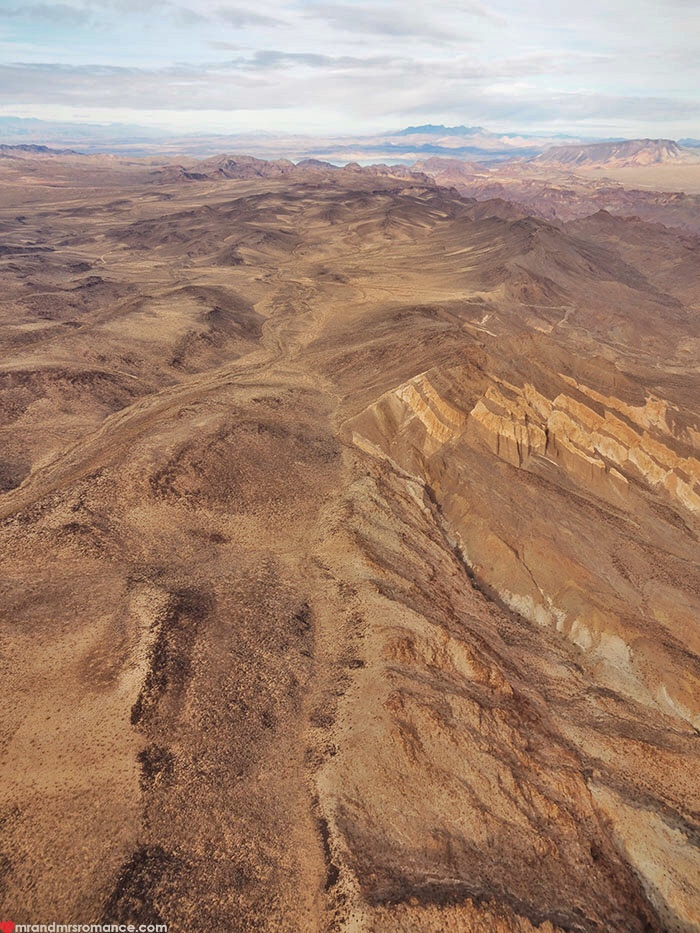 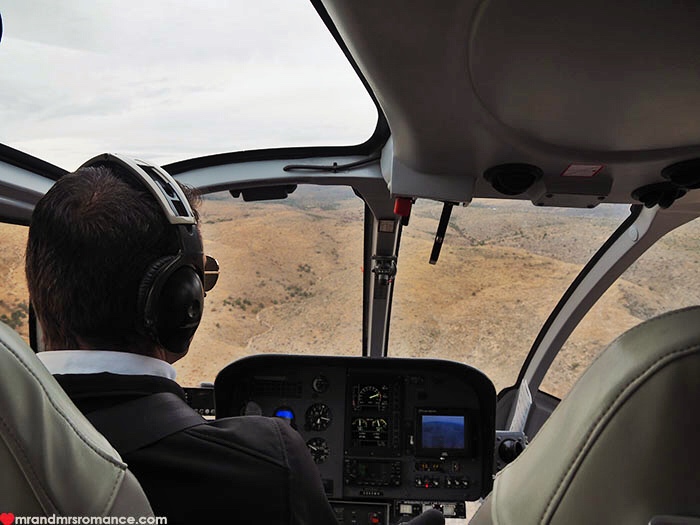 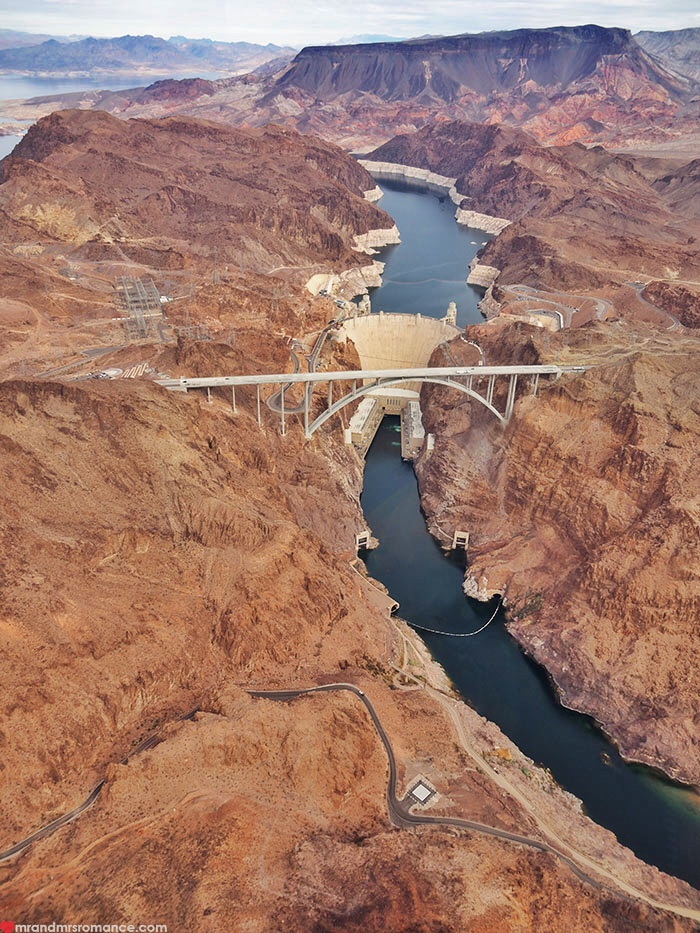 The flight itself was amazing. Just incredible. We flew through the desert, out over the rocky terrain of Nevada and Arizona. We saw extinct volcanos, flew over mountain ridges and right along the Colorado River.

We also flew over the Hoover Dam, which I’ve also always wanted to see. That’s an amazing spectacle in itself.

Then we dropped down into the Grand Canyon itself.

As the walls rose up above us and we followed the line of the river below, we got the feeling of how incredibly enormous this place was. It’s truly impressive.

Less impressive is the Grand Canyon Sky Walk you can do if you don’t fancy a helicopter. You have to drive for miles to get there, then you get to stand on a tiny glass platform that sticks out over the edge of the cliff for a minute or two.

You’re not even allowed cameras with you. 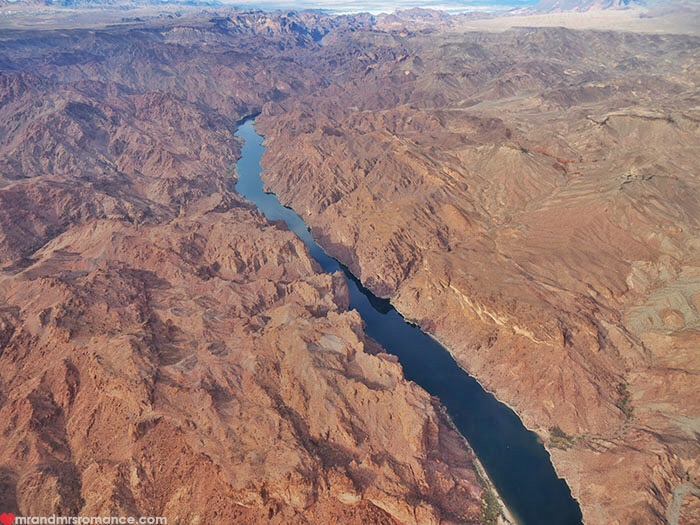 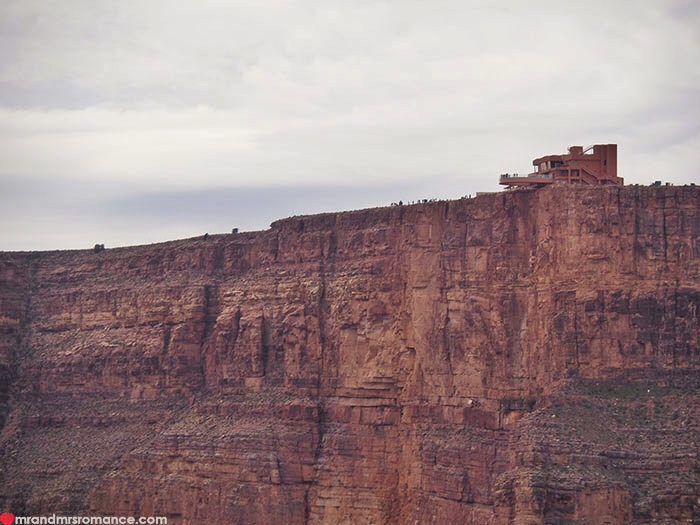 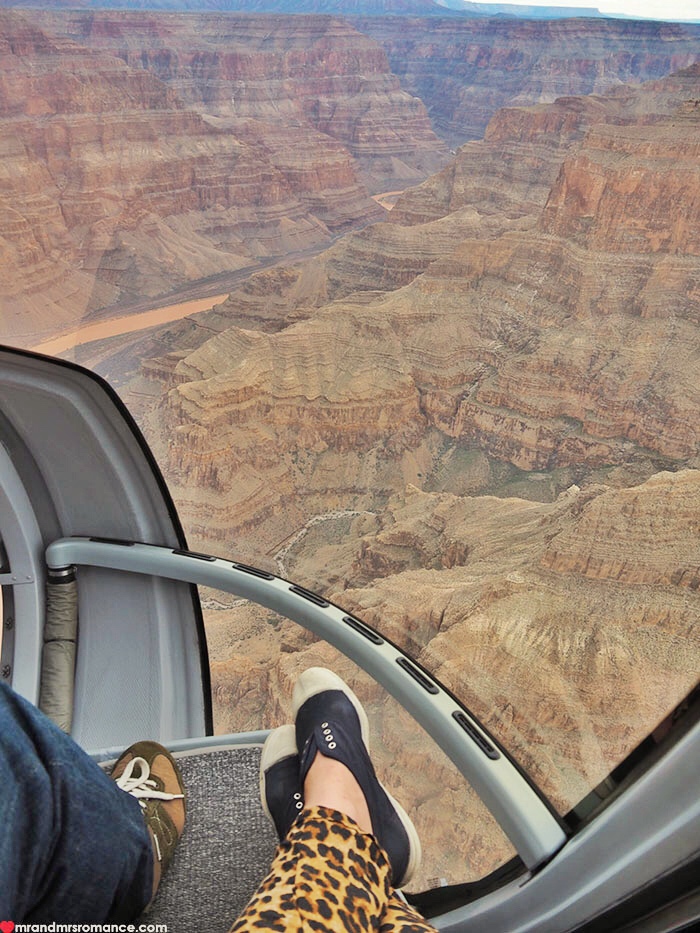 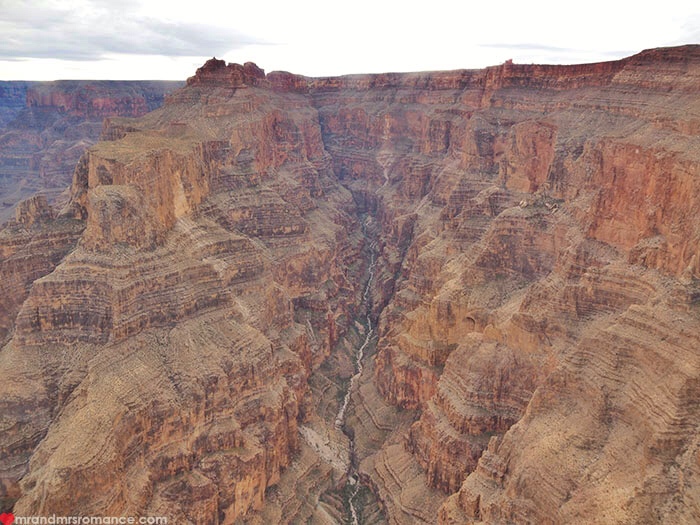 From inside the chopper, we watched the ground slowly rise up to meet us as we came in to land. We were at the foot of the canyon, its walls towering over us, dwarfing us.

To our delight, our pilot Tony then produced glasses of champagne and a snack pack for each of us.

I could barely believe I was there. Me. Drinking champagne in the shadow of my helicopter, at the bottom of the Grand Canyon with the Colorado River murmuring by at my feet. It just seemed so surreal – somehow outrageous.

Our flight back to the airport included one more stop to refuel. This meant that everyone had a chance to swap and sit in the two front seats next to Tony.

The four seats in the back are still well appointed though, and you don’t miss anything wherever you’re sitting. And as we went, Tony told us about the area and pointed out places of interest. 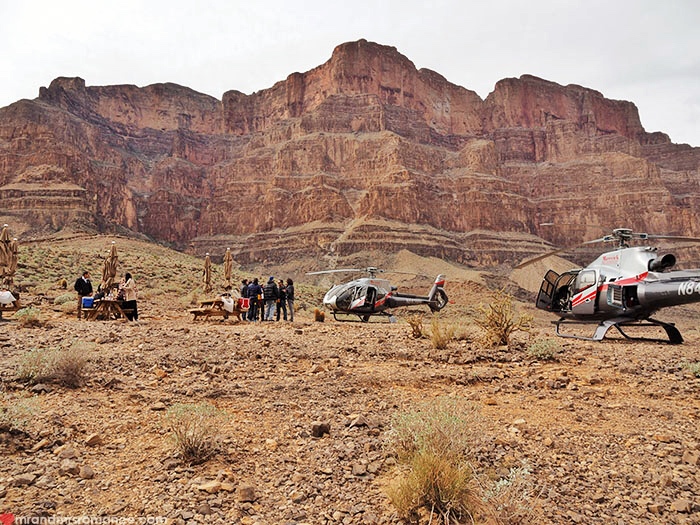 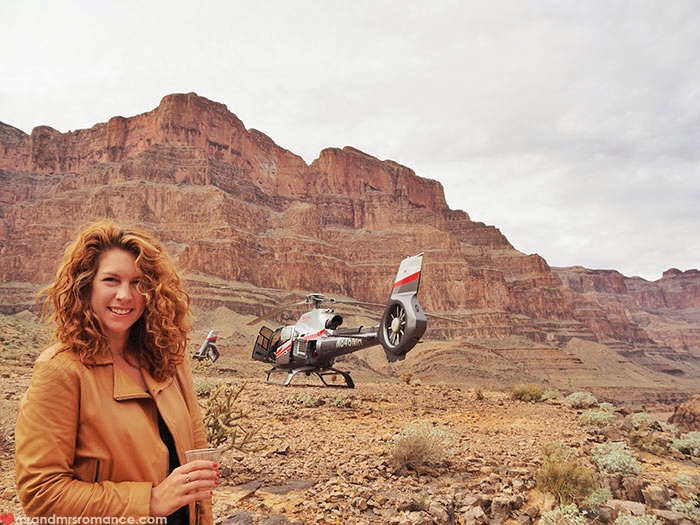 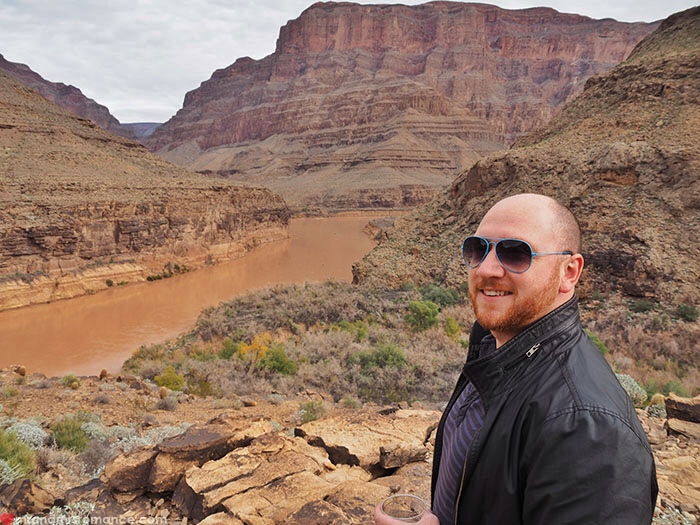 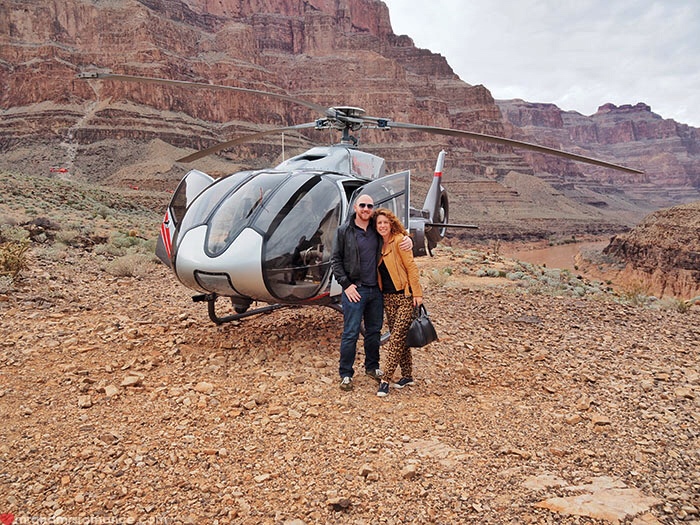 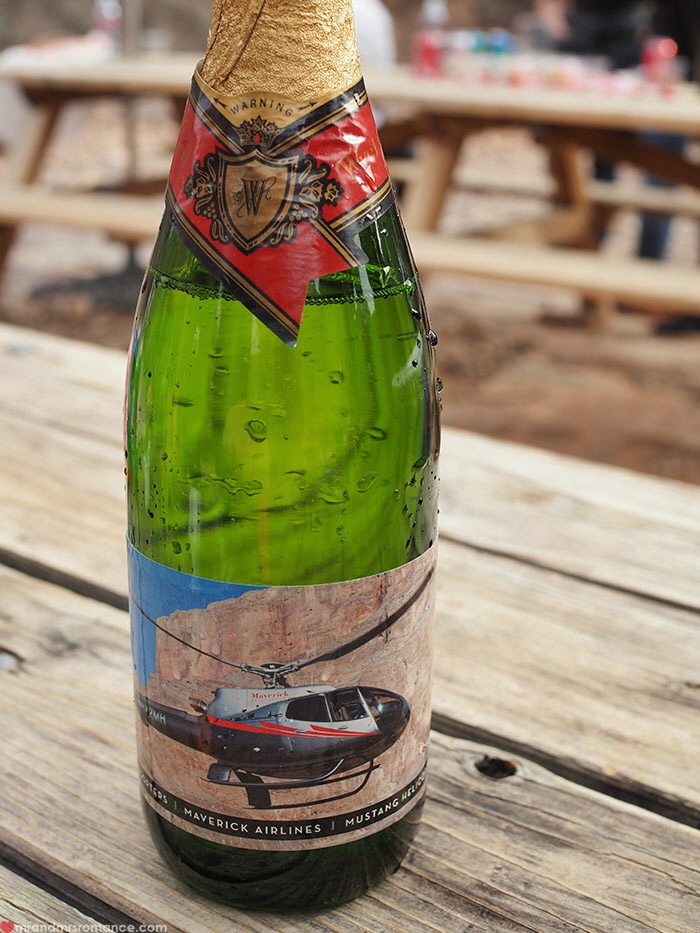 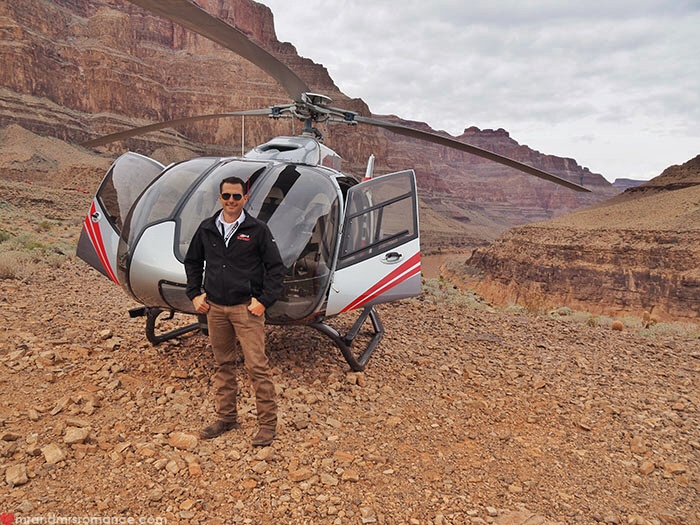 Back at base, we hopped back on the shuttle and were all driven back to our hotels to enjoy the rest of our day… though most of ours was spent staring at our photos unsure it had all really just happened.

Big ticks on that bucket list all right. Several of them in fact. 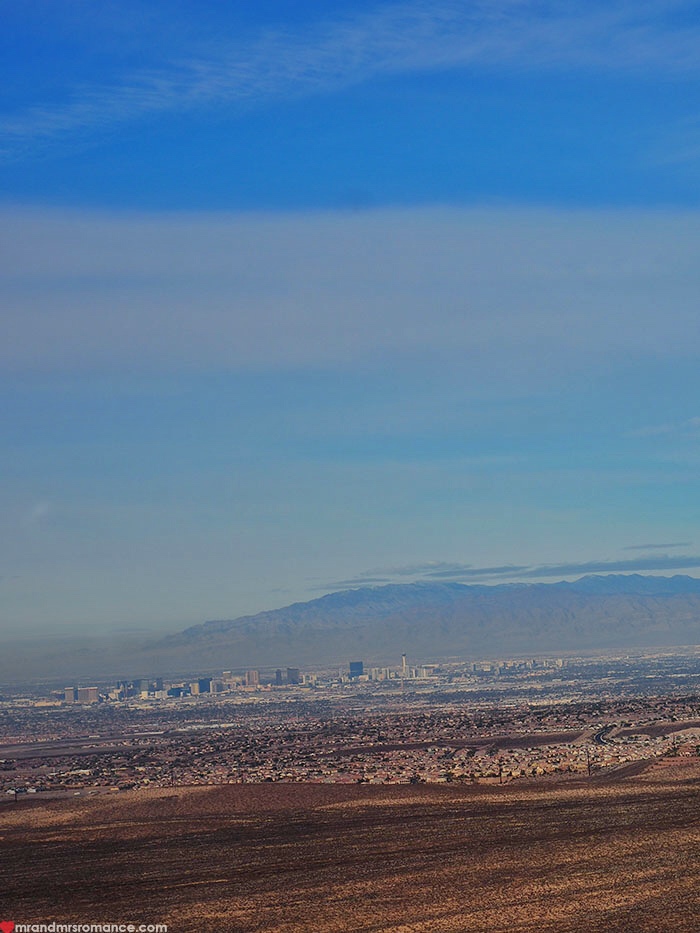 Book your helicopter-landing tour of the Grand Canyon with Creative Holidays all year round. They’ll organise everything for you and make sure you have the best trip possible. 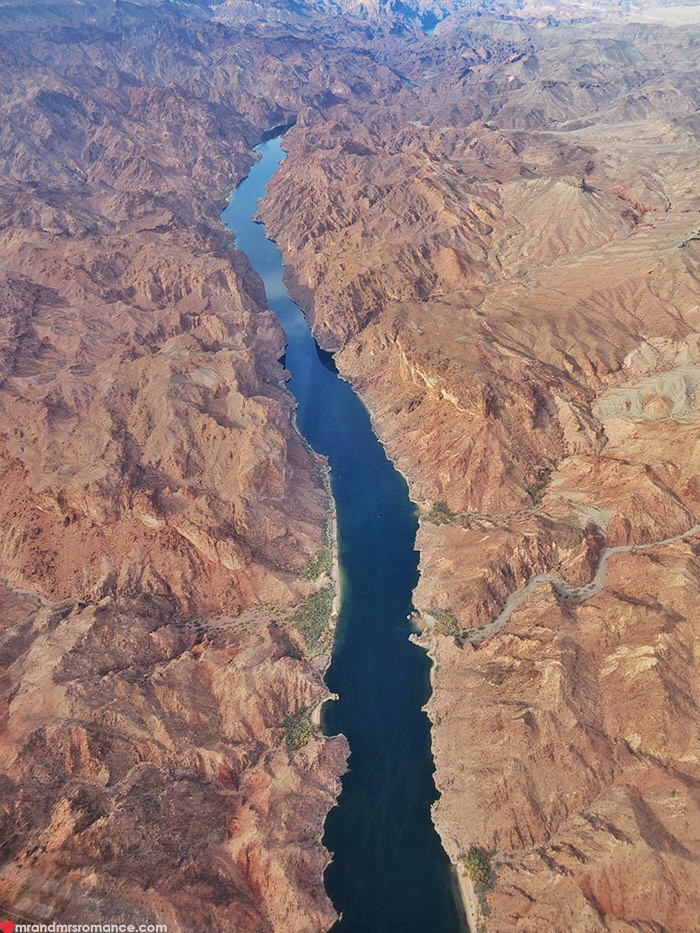 Images by Mrs Romance with her Olympus O-MD E-M1, video and music by Mr Romance with Apple products.
We flew as guests of Creative Holidays. #nothingbeatscreative

Launch parties, Christmas parties and a tour of a native finger lime farm

Silly Season really has really kicked off since December opened its doors. Perhaps more so this year than any other. Definitely making up for…