Cuba ticks so many boxes on an intrepid traveller’s list, but there’s one shortcoming we noticed the first time we visited in 2014: Cuba’s food scene. 4 years later, we’ve come back to see if our favourite travel destination has lifted its game at the dinner table. 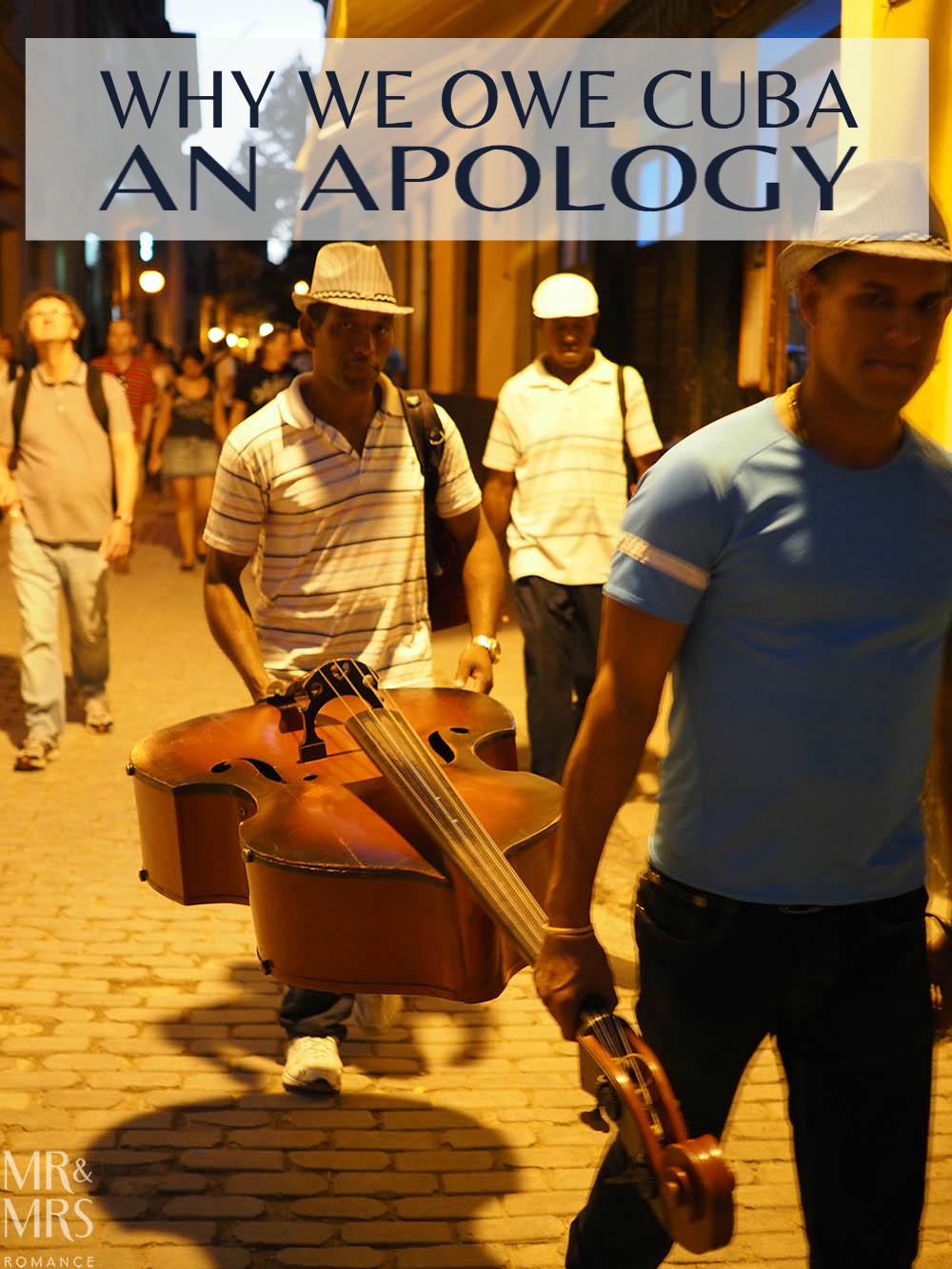 Graced with so many attributes that make it a traveller’s dream, Cuba really should be the perfect destination. And with promises of such popular delicacies as the Cuban sandwich and ropa vieja, we were excited to get a taste of Cuba on our first visit in 2014.

We were utterly disappointed.

The food then was simple to the point of being bland, and the range of options was as slender as venues were in short supply. Under-seasoned, over-cooked, poorly prepared and generally unsatisfying, the food in Cuba was not up to the same standard as the overall experience of visiting this beautiful country.

And Cuban sandwiches are a Miami creation, invented by the expat Cubans who had either made the 90-mile move to the States pre-revolution or had fled at some point during the Castro rule. The dish had not migrated over to its homeland.

All this drove us to write this story on what the food is really like in Cuba.

Why we owe Cuba an apology

Fast forward to 2018 and our second visit to this fascinating Caribbean country. Expecting more of the under-seasoned, uninspiring fare of our previous visit, imagine our surprise when we sit down to our first meal in a little paladar in Old Havana.

The waitress plonks down not only salt and pepper – simple condiments noticeably absent in 2014 – but also a range of sauces and dressings. Christina and I looked at each other, speechless. 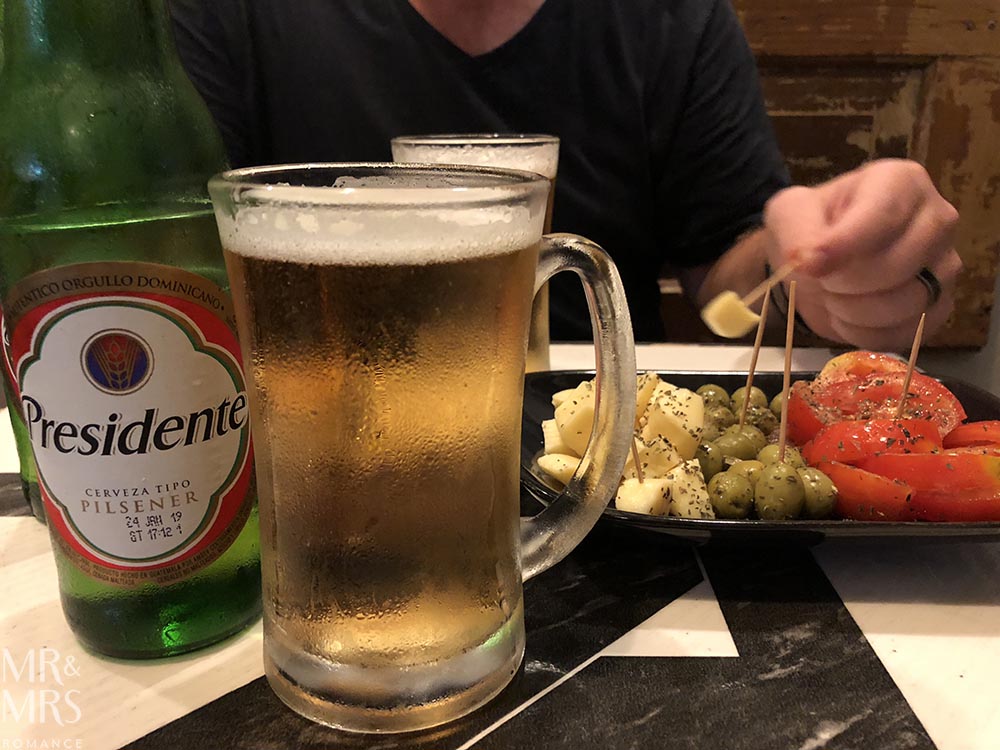 We thought perhaps it was just this one place – La Makina on Peña Pobre in Havana, but it wasn’t.

Everywhere we went this time not only had a full selection of condiments on the tables, the food was all delicious. In fact we didn’t have a bad meal the whole time we were there.

Herbs, spices, extensive menus, and evidence that plating and presentation were now a priority was in every eatery we visited in Cuba.

Some places even had international dishes on offer – even the Cuban sandwich! And as for ropa vieja, which translates to ‘old rope’, it was hard not to order it wherever we ate.

The dish itself is amazing. Slow-cooked shredded beef that’s then cooked again in a rich sauce… it’s delicious. Some places use lamb or mutton, which isn’t as good, but the ropa vieja in La Makina is supreme. 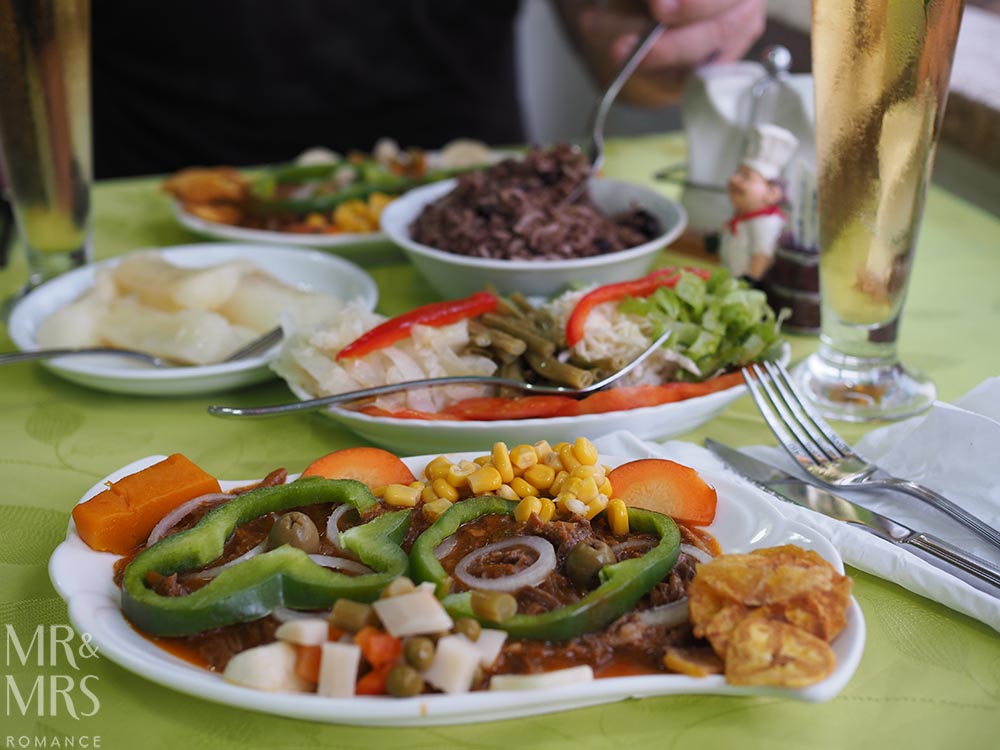 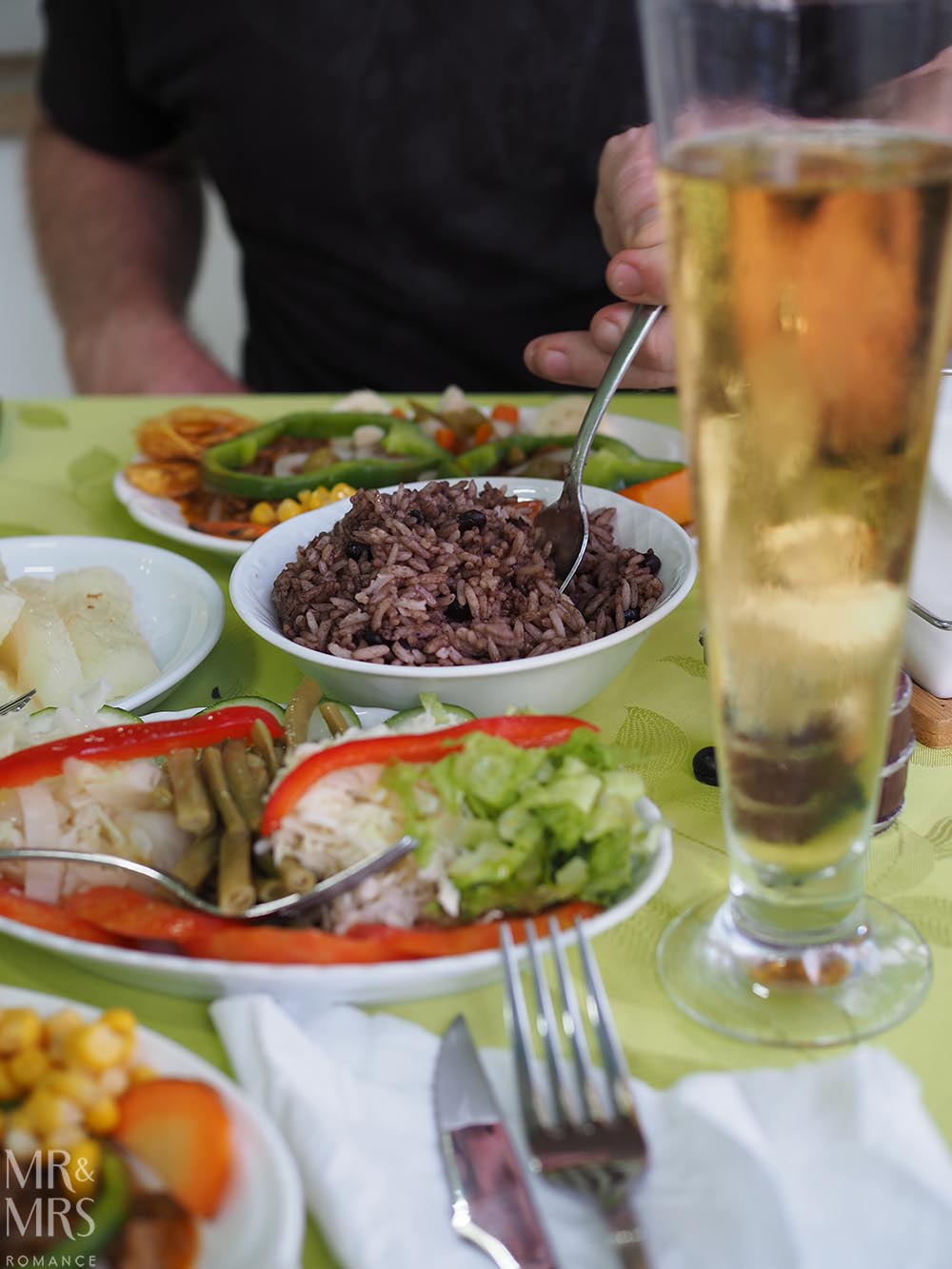 Why has Cuba’s food scene changed so much?

Cuba is going through massive change at the moment. Since late 2014, when Barak Obama thawed some of the tensions between the two countries, Cuba has enjoyed growth on all different levels.

Most noticeably for visitors is simply the sheer number of people coming to Cuba. Tourism is now an enormous percentage of the country’s GDP (we’ve heard talk of around 80%) and things like more flights and airlines coming to Havana, visa and travel permits being easier to get make Cuba a more attractive destination.

With so many more people coming to Cuba, the locals have seen an opportunity and have really lifted their game on many fronts – the quality of the food not least.

Cuban politics have also played a big part in the county’s food scene. The government loosened restrictions on individuals legally starting their own businesses, so the palidares – little locally owned restaurants, cafés and diners have sprung up all over the place. 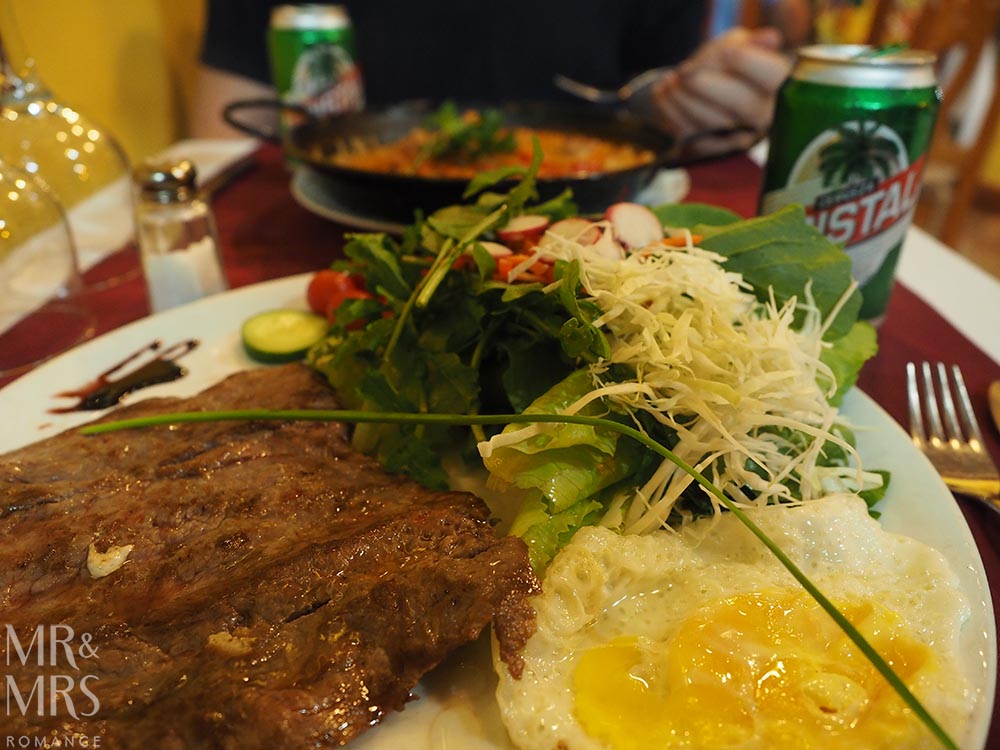 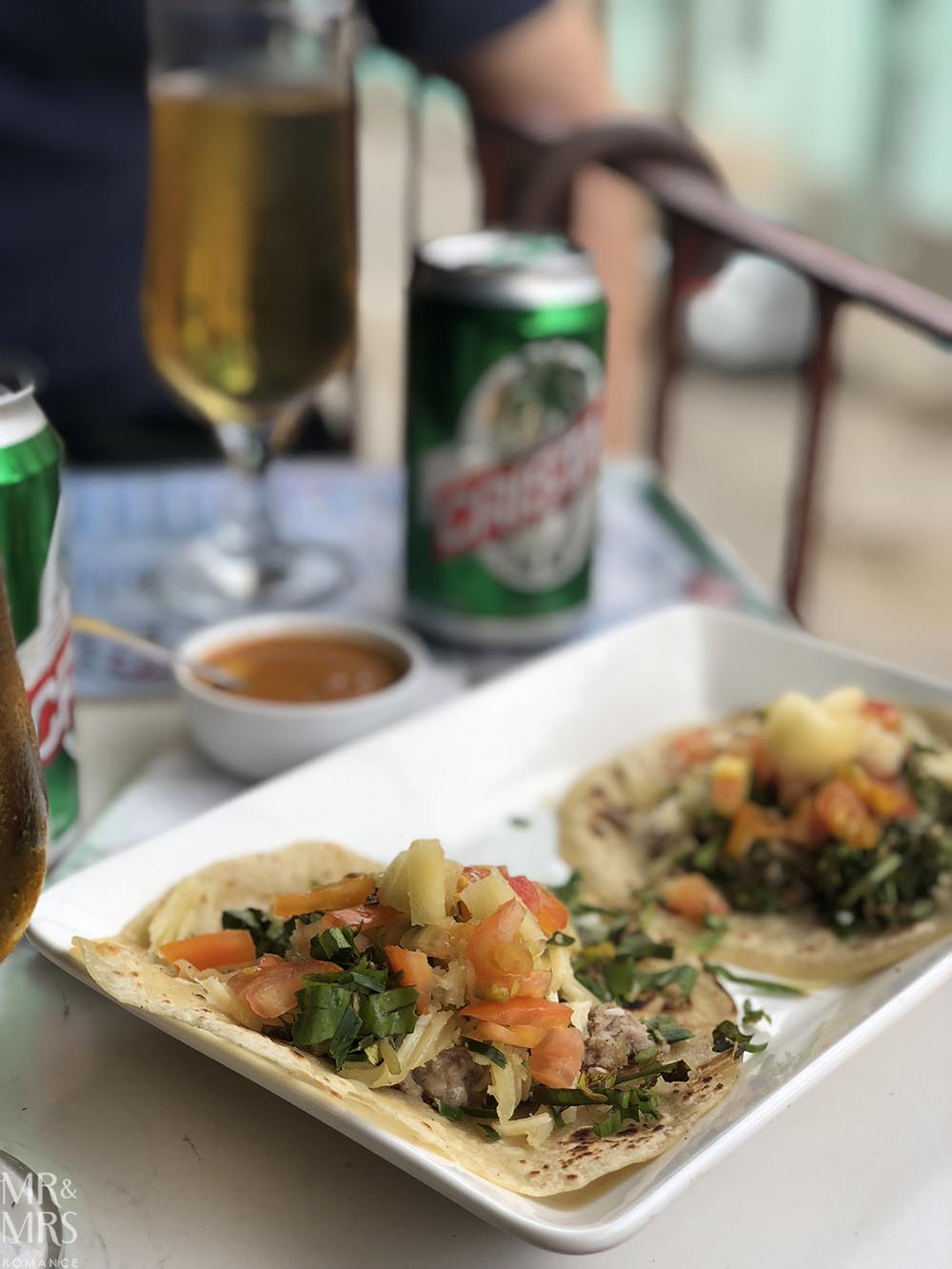 What food can you expect to find in Cuba?

In 2014, menus were pretty sparse. Even the ropa vieja was chewy and lacked flavour. The best thing on the menu was the ubiquitous fried chicken, which was crispy and delicious to be fair.

Also the tostones – twice-fried plantain chips – are always good, a lucky thing if you were vegetarian. There never used to be much for veggies in Cuba.

These days things have changed so much it’s actually hard to find the fried chicken of yesteryear. Italian style pizzas, Southeast Asian cuisine, and North American influence (including the Cuban sandwich) is easy to find. 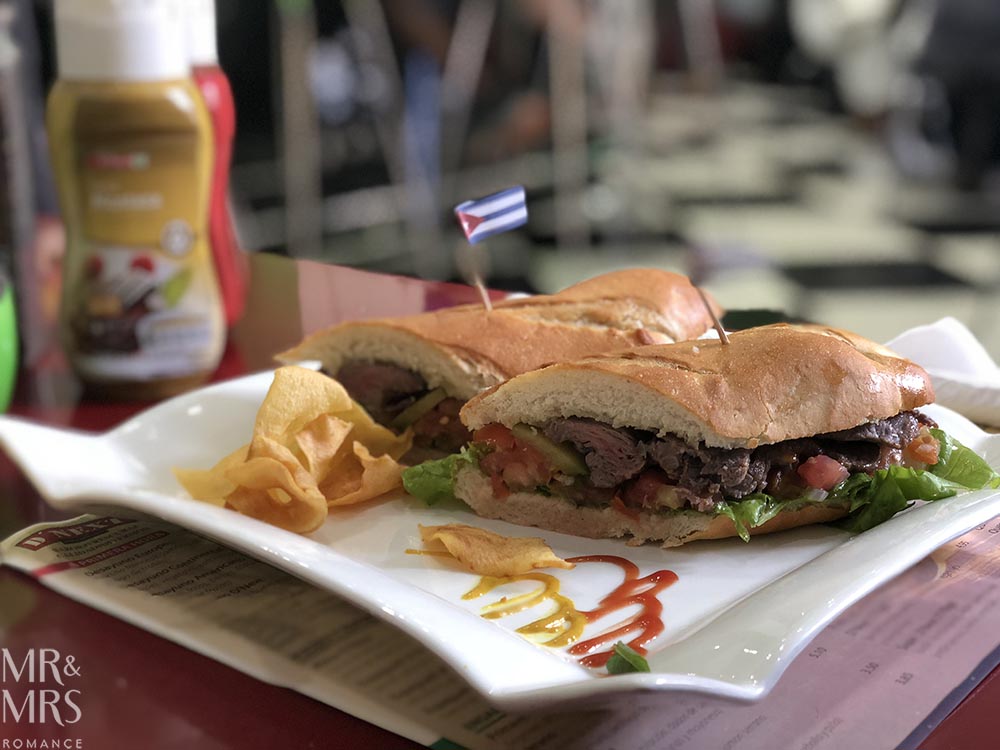 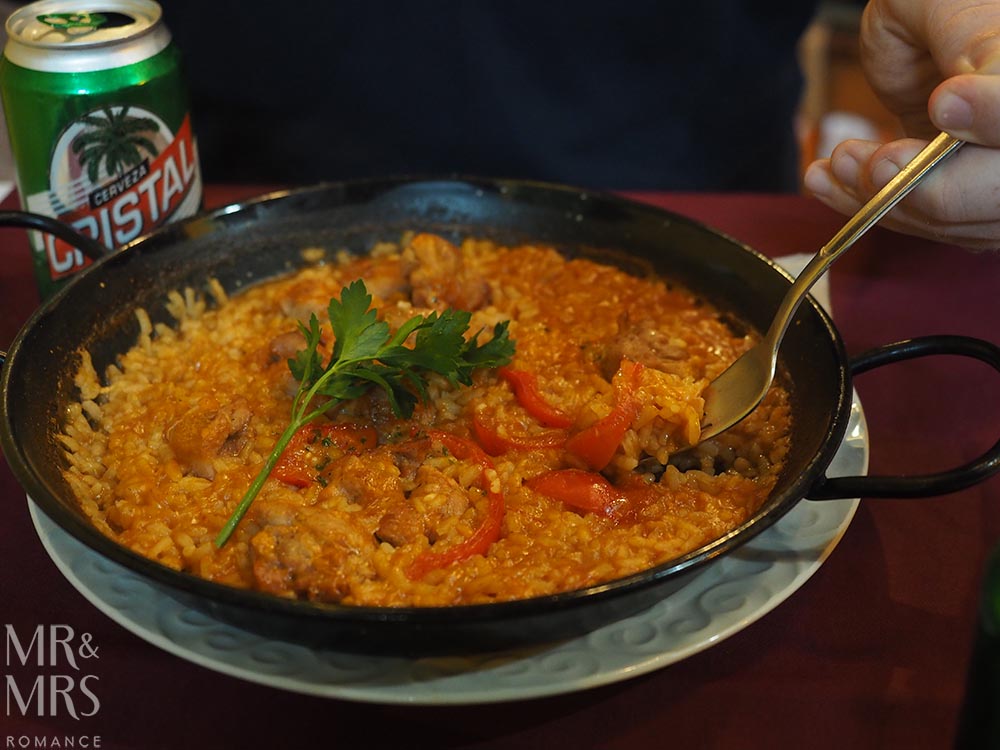 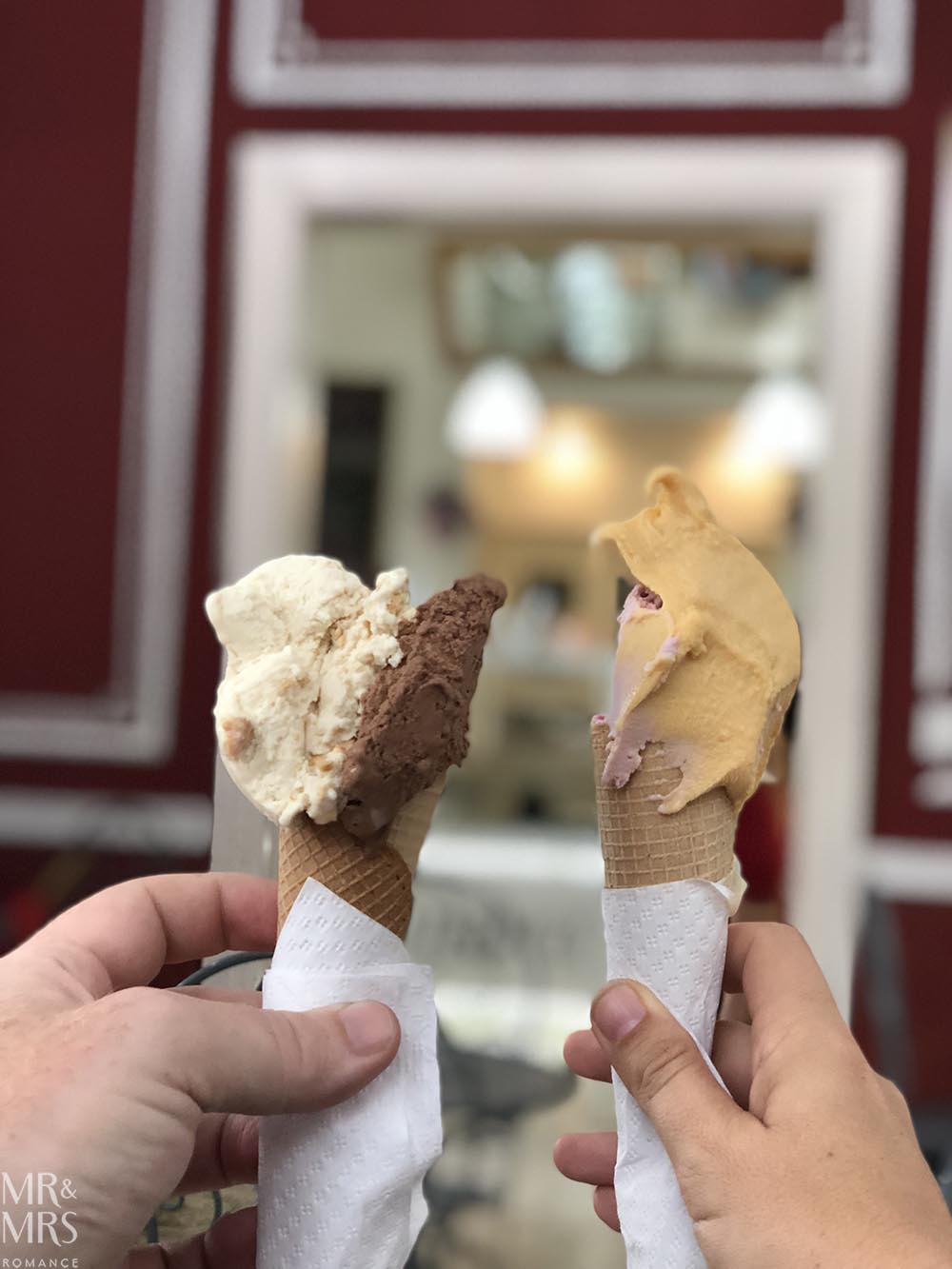 Ice cream and gelato shops are springing up and the delicious Cuban pizzas, which used to be simple hole-in-the-wall places selling bootleg food out of sight of the authorities. They now happily sell their fascinating street snack, which they cook in a pan like a big savoury pancake.

The denizens of Naples would probably turn their noses up at these pizzas, but for a quick, cheap bite to eat (they’re only CUC1) as you explore Havana, there’s nothing better. 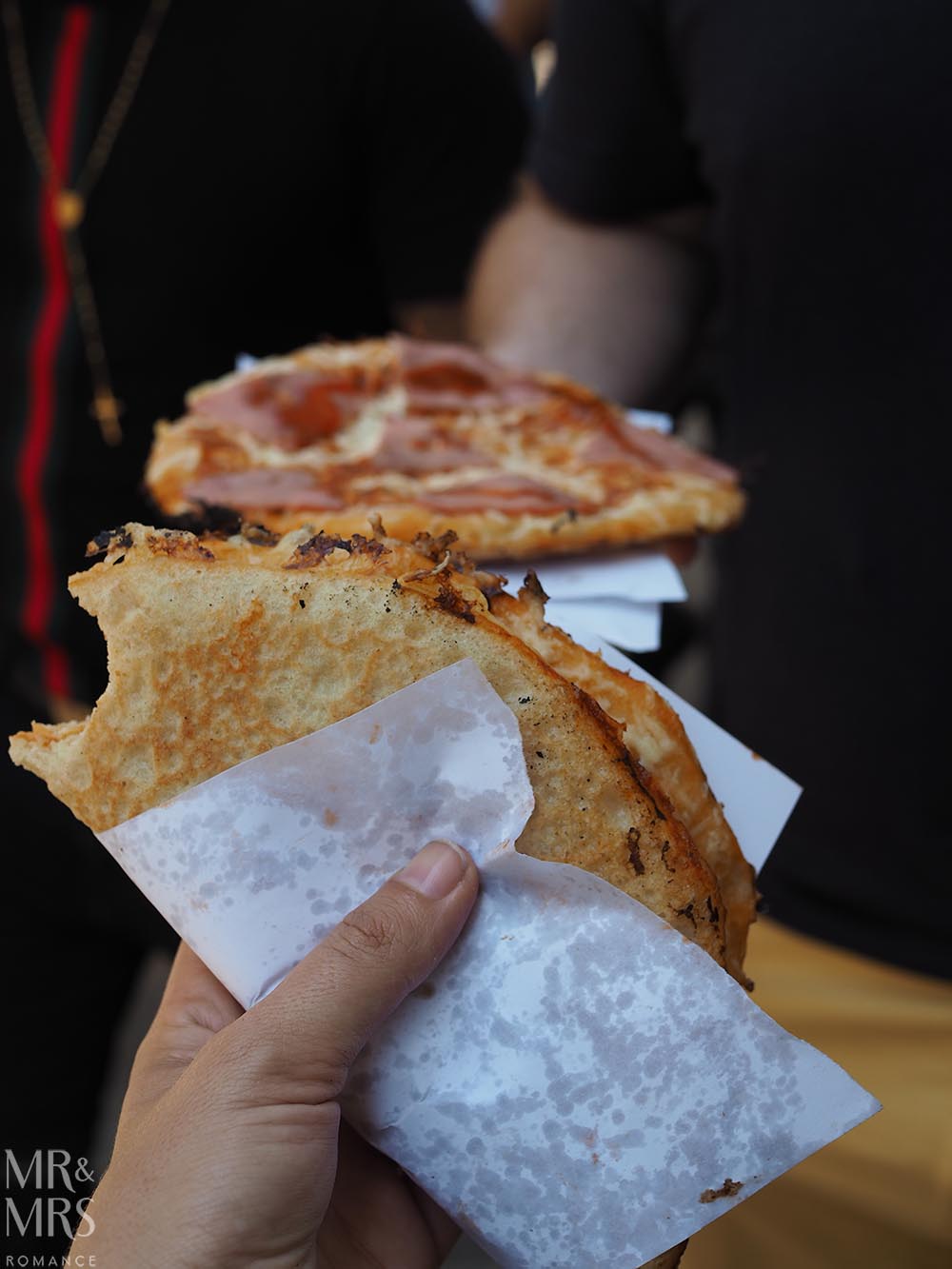 Unbelievably, we even found an Indian restaurant in Old Havana. Amusingly named the Buena Vista Curry Club, this place really looked out of place amidst the crumbling Spanish and European influences of Cuba’s most historic centre.

However, a local we spoke to assured us it’s pretty good there – unfortunately the Buena Vista Curry Club was closed the night we’d geared ourselves to try it in spite of its promise of being open 7 nights a week. You know, there’ll always be a little part of me that wonders… 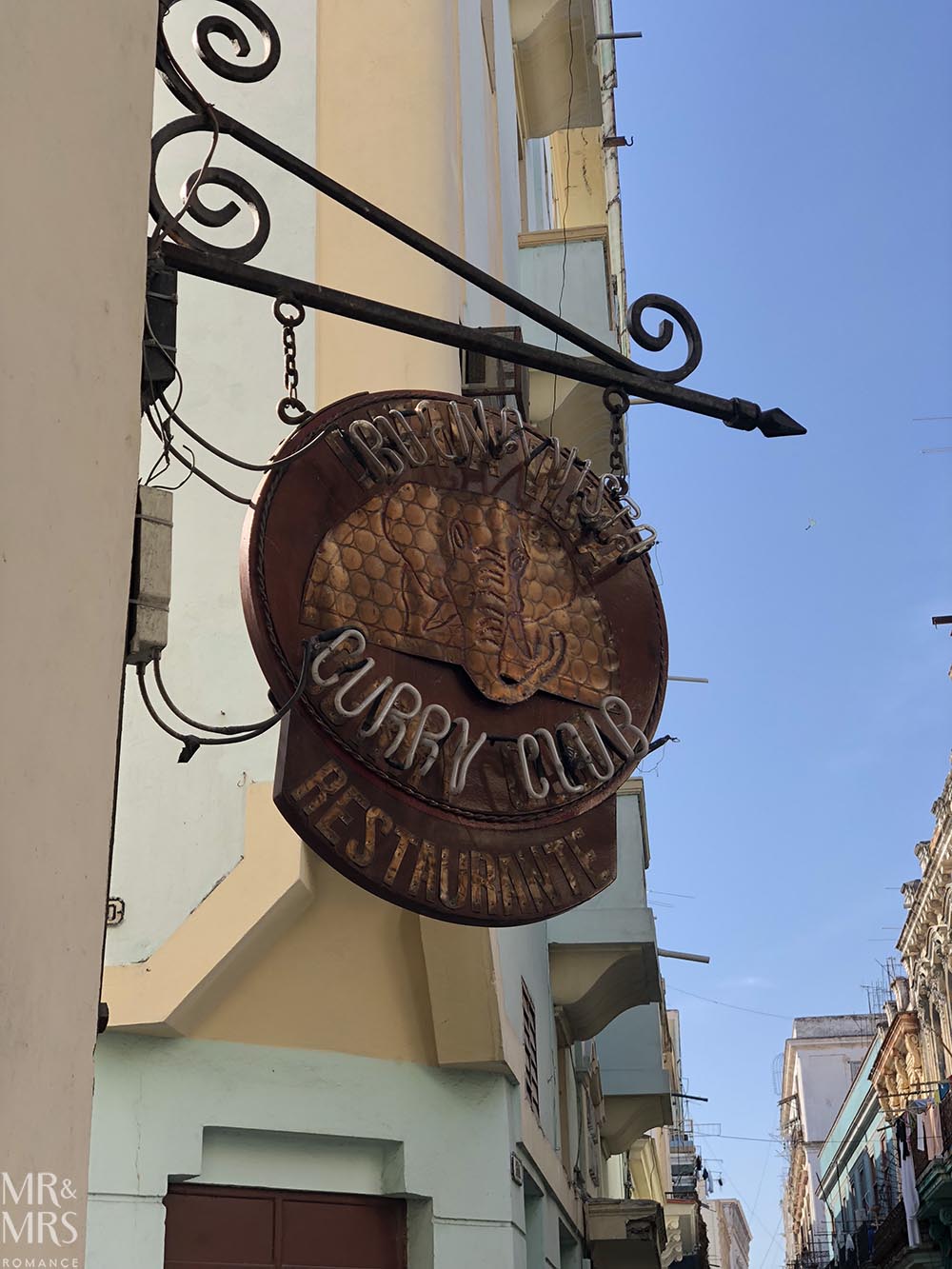 If you enjoyed this story, you should check out some of our others on Cuba:

Changes in Cuba according to a Cuba tourism expert

Why you need to visit Viñales, Cuba

Our library of posts on Cuba

Cuba, we are very sorry we said your food was terrible. We take it back and we hope you’ll accept our apology. 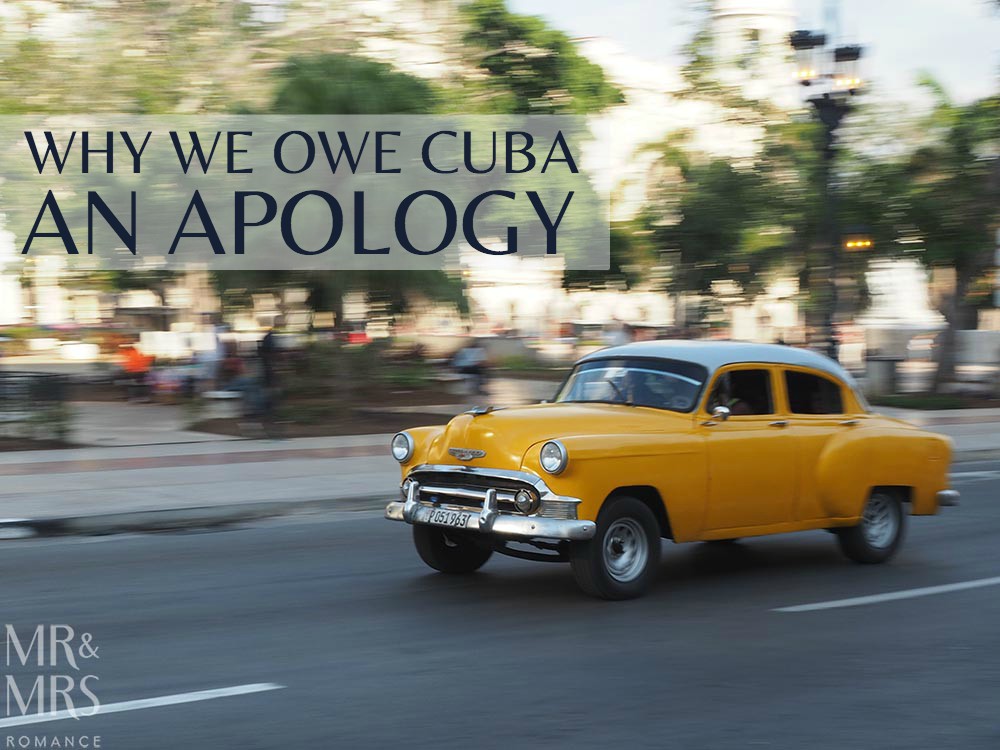 How my wife made me love Paris

I’m English, right? From England. It’s my duty to dislike the French and say things like “France would be a great place if it…