We love a stay-cation. There’s something about having a holiday in your own town… 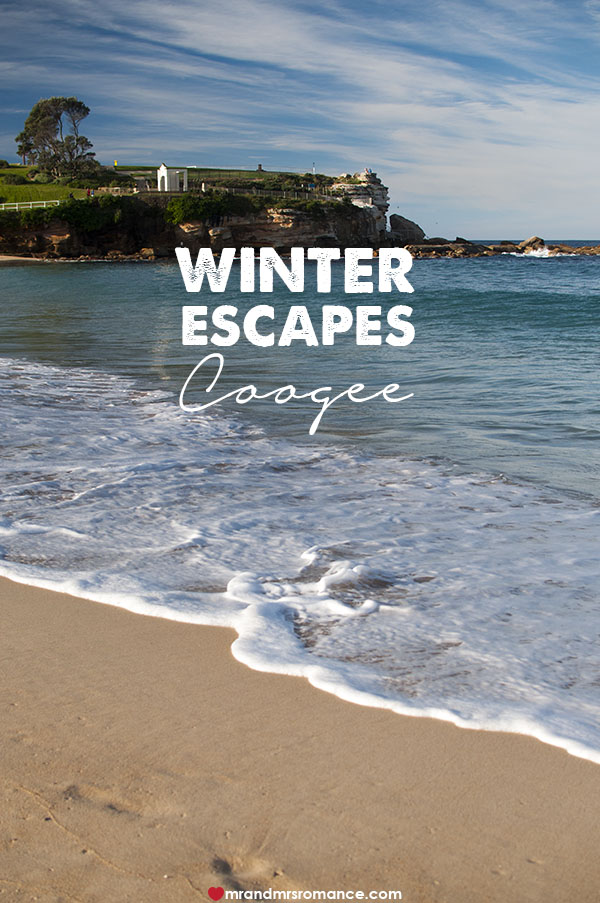 We both love going to the beach in the winter. For Mrs Romance it’s the lack of crowds and the way the ocean looks. She loves the crisp sunny days where the water sparkles but where she can still wear a coat.

We’ve never really explored Coogee much before. We know it’s pronounced “could-jee” and that locals get upset when you get it wrong. We know there’s a lovely beach there. We know the island off the coast is called Wedding Cake Island and we know no one else knows why either.

We know there’s a reasonable fish and chip place at the north end, but other than that… why come to Coogee?

This is why you should come to Coogee: 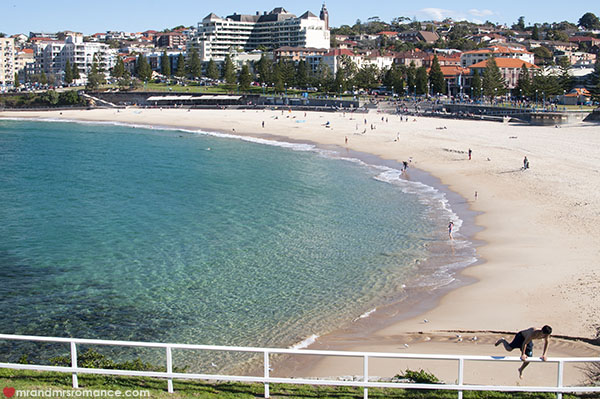 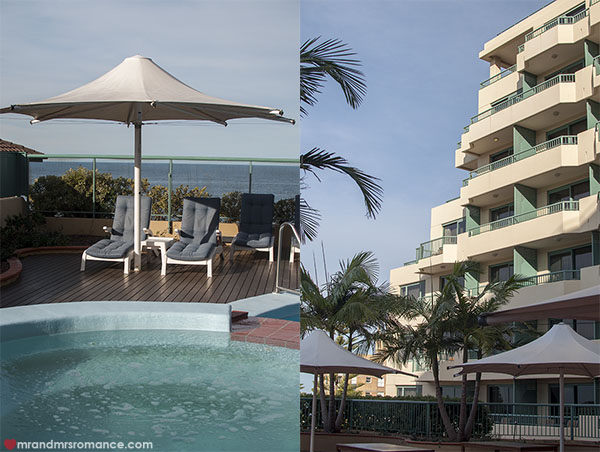 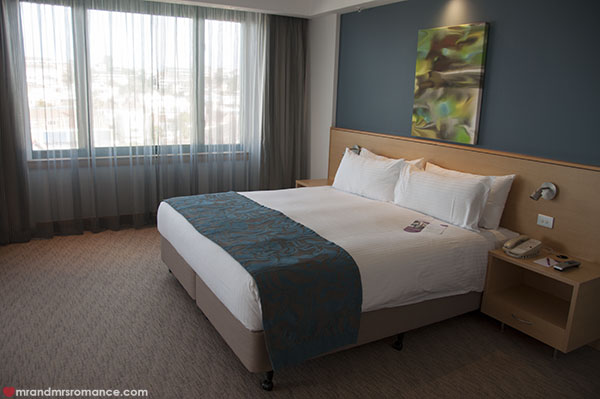 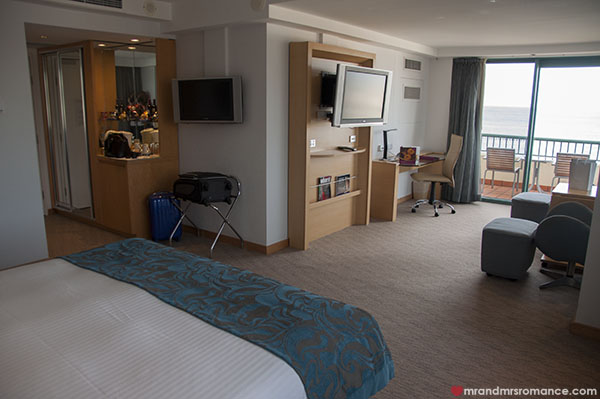 We were staying at the Crowne Plaza Coogee Beach at the south end of the beach. When you book your room there, ask for one on the 6th floor. Just under the penthouse, these have the best ocean views and pretty awesome balconies too.

Throughout winter, Crowne Plaza Coogee Beach has got an offer on with up to 25% discount if you stay for 2 nights or more. Well worth a look, I’d say.

What to do in Coogee 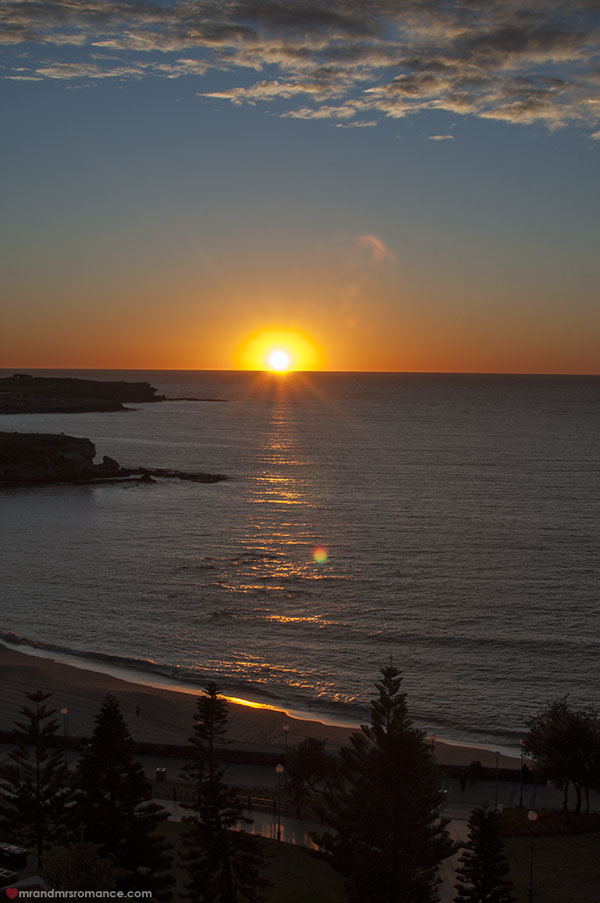 It’s amazing how much you can fit into a stay-cation. From our balcony we watched the sun rise out of the ocean and a couple of crazy swimming groups head out for their dawn ocean swim. 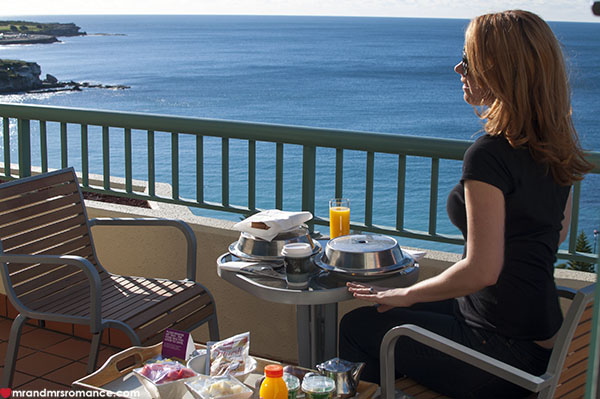 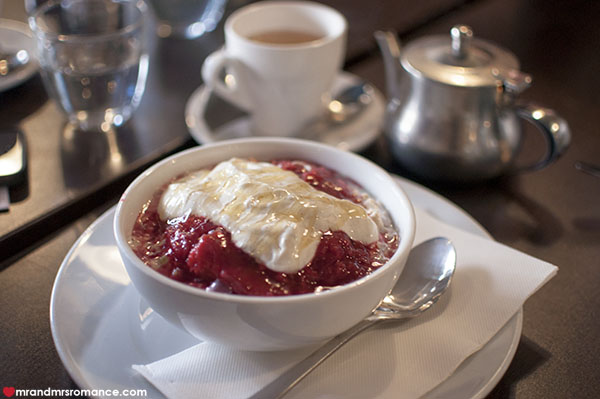 There are quite a few good foodie options around Coogee these days. Of course there’s the room service breakfast at the Crowne Plaza, which we did one morning, otherwise head down the Coogee Bay Road for a hatful of café options.

Friends who live there recommended Black Pony, Tropicana and Gusto, but there are lots more to choose from. 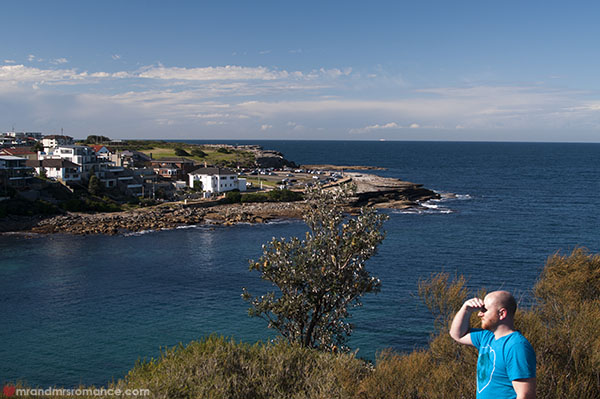 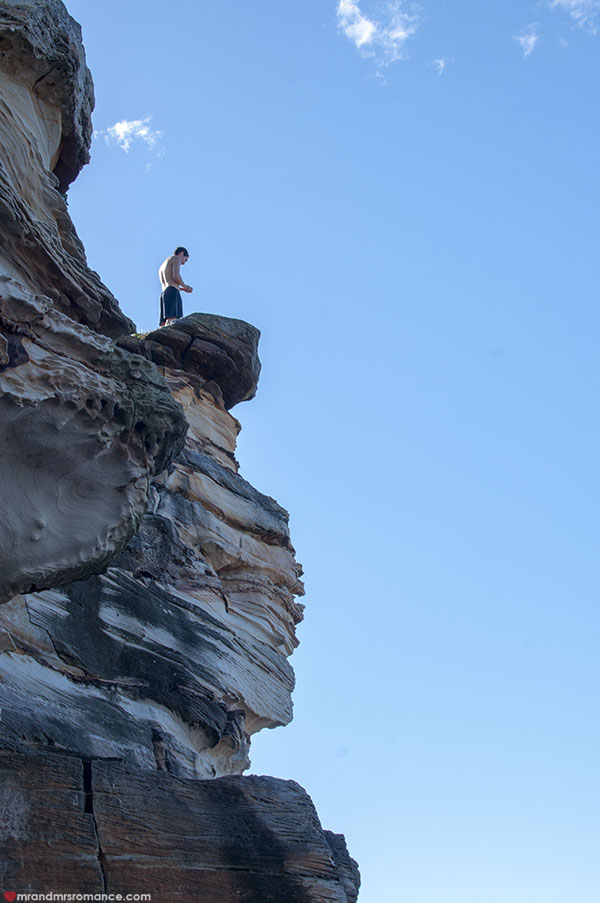 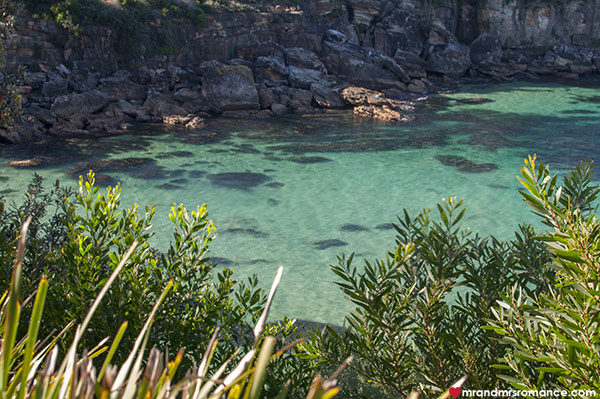 After breakfast, we headed north and walked along the beach, then up onto the coastal walk. If you’re feeling fit, this walk will take you up as far as Bondi Beach. We weren’t feeling quite so energetic so we went to the next beach along; Gordons Bay.

It’s a bit of a hidden secret, is Gordons Bay. A real local haunt. In the summer the rocks are strewn with bakers (the sunworshipping kind not the bready kind) and the racks of little boats makes this feel like a little bit of Europe on our antipodean shores. 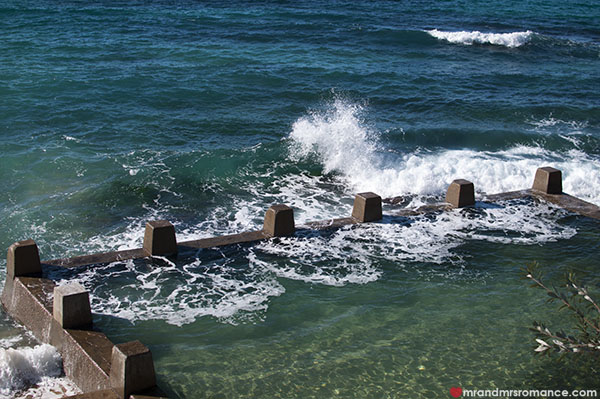 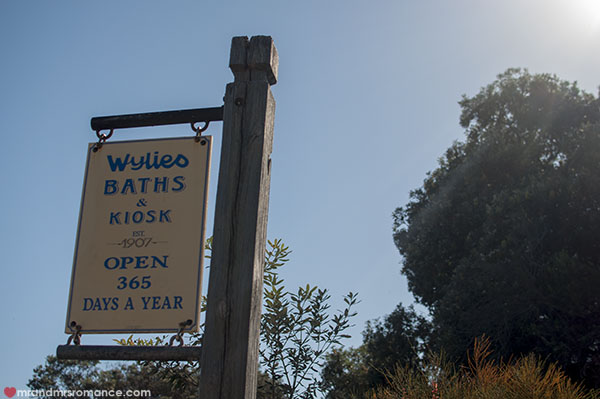 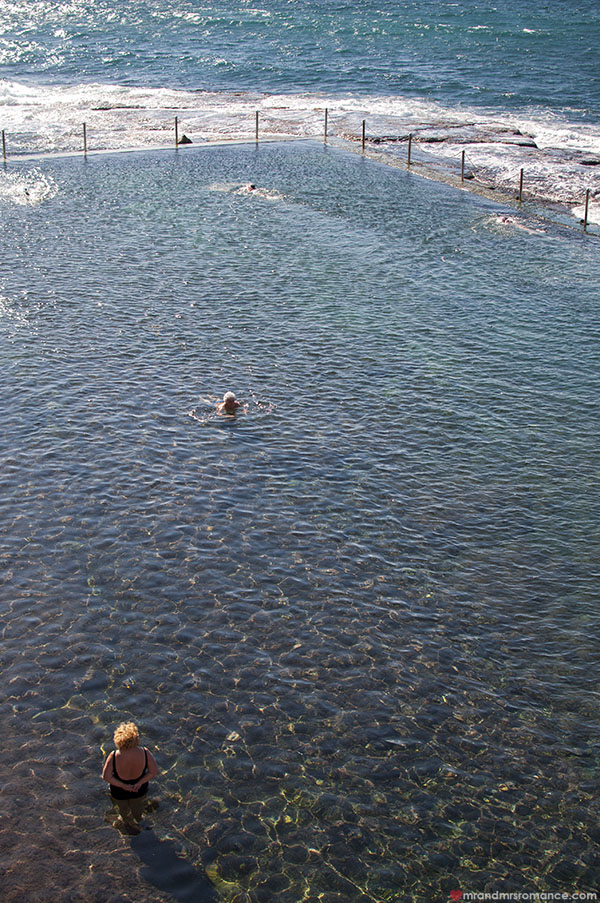 Heading back to Coogee, we walked along the shoreline to the other end of the beach to explore the swimming baths. Coogee has four baths for the public to use, all filled with the waves of the ocean. The one at the north end is pretty much just a few rocks chucked in the sea to break up the waves, but the south end is a different story.

The Surf Lifesavers has one bath, and down the track a bit is McIver’s Baths, which is for women and kids only, and is very private.

Further south is Wylie’s, the biggest of the four. It’s open to the public by there is a small entrance fee. There’s a café snack bar there for refreshments and loads of seating if you just want somewhere to sit with a coffee and soak up the ocean views. 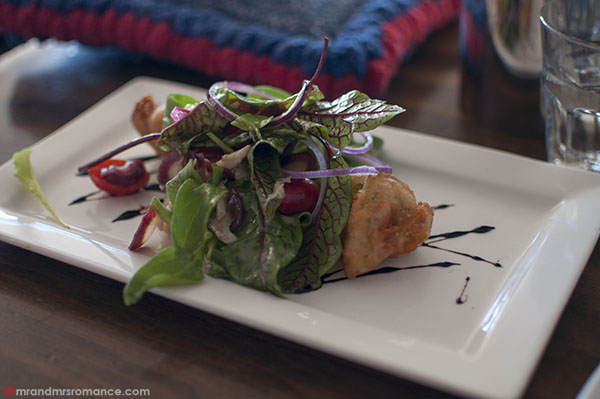 The options down Coogee Bay Road are probably your best bet as far as range goes, but we decided to take another tip-off and head to Barzura. It’s a pretty big place on the corner right at the southern tip of the beach.

The food’s great, the atmosphere’s energetic and fun, and the views are unquestionable. Because of all these ticks in boxes, there’s usually a bit of a wait for lunch, so don’t go there ‘hangry’!

After lunch we headed back to the room and took advantage of the balcony view, and then went for another stroll along the beach.

We did consider going to the cinema in Randwick, one suburb over… but then we decided relaxing here was a much better option. The cinema – the Ritz – is a local icon. A beautiful art deco building, it’s been around since the ‘30s and still going strong. It’s well worth a visit – especially as its bar’s pretty good too!

Mrs Romance managed to fit in a yoga session while we were in Coogee. The Livingroom’s studio is in a pretty unique spot. Right on the southern tip of Coogee Beach just above Barzura, the windows face the ocean. Perfect for finding that extra bit of piece mid-downward dog.

I’ve tried yoga but it’s not for me. I generally find myself in positions that remind me of being in a horrible car wreck. I’m not very flexible!

On yet another tip, we went to Oceans Bar, which is actually part of the Crowne Plaza, for what are considered the best cocktails in Coogee. The ones we had – ‘Slaughtering the Slothman’ and the ‘Gin-ger Ninja’ – were so good. I also tried their gin martini, which also hit the spot! 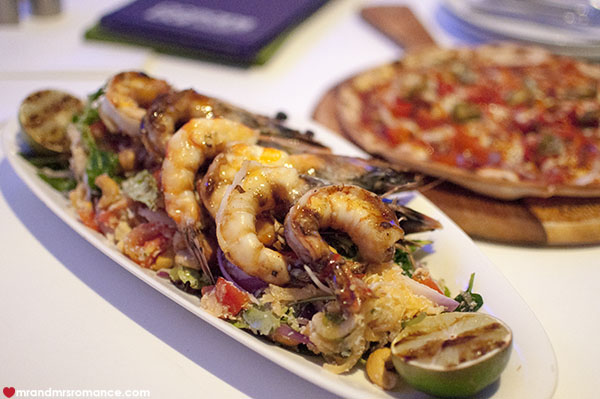 We decided to stay at Oceans Bar for a feed. The menu’s a bit of a mix. It’s got some great-looking pizzas on offer, and we tried to lamb cutlets with a miniature blue cheese fondu served in a cob roll. We couldn’t stop ourselves from ordering the giant king prawns on a lovely fresh green papaya salad.

On our brief walk back to our room, we stopped in at the bottle shop down the road. The Coogee Bay Hotel’s Liquor Barn has to be one of the cheapest grog shops in the city. The glass or two we had in our room made for the perfect end to a very relaxing day. 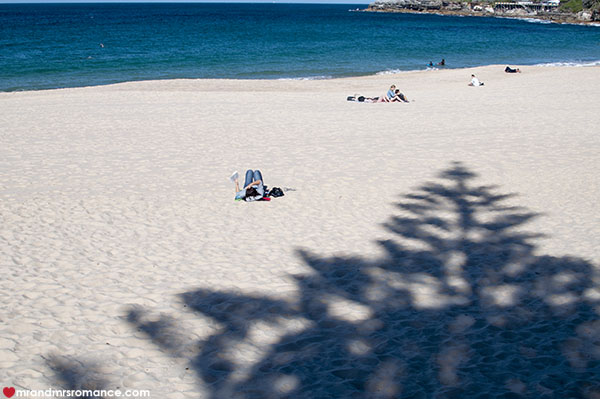 Where to have breakfast

We love going on stay-cation. Perhaps it’s exploring somewhere you’ve never really been to even though it’s on your doorstep. Perhaps it’s the confidence that you won’t get ripped off with tourist prices. Or perhaps it’s just being able to pop back home if you’ve forgotten something!

Here’s another stay-cation we’ve had in Hotel 1888 in Pyrmont, Sydney. 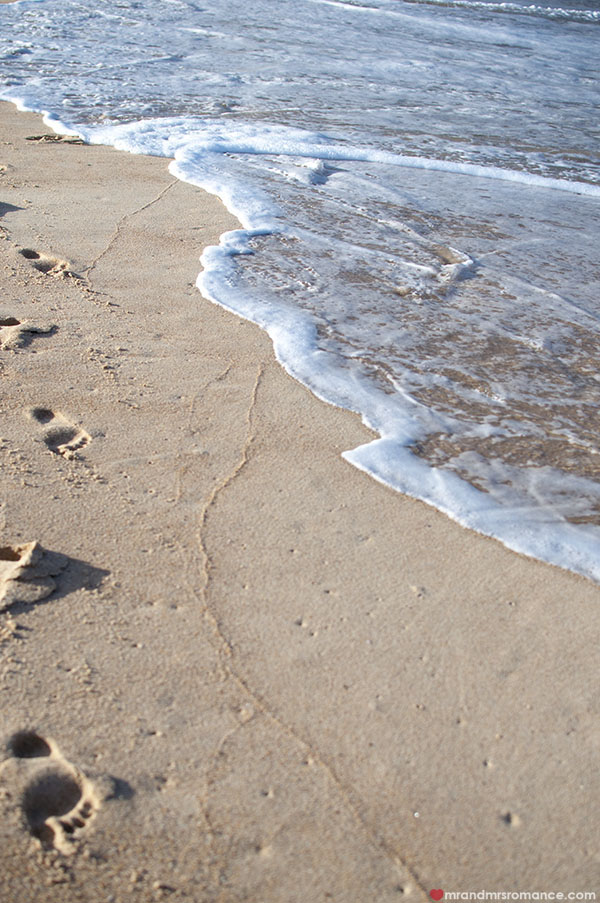 Do you have any tips for where to go and things to do in Coogee? Have you been on a stay-cation recently? Tell us about it in the comments!

We stayed as guests of Coogee Crowne Plaza.

How to have your Scone and eat it – where to stay and where to eat in Scone, NSW

There’s nothing like a local’s knowledge to get the best from a place. Here’s where to stay and where to eat in the little…