Whisky is a very polarising tipple. People either hate it or love it. I used to be the former but with a bit of ‘practice’, I’ve become a big fan. The thing to remember is there are hundreds of types of whisky available, so it’s just a case of finding the one that’s right for you. 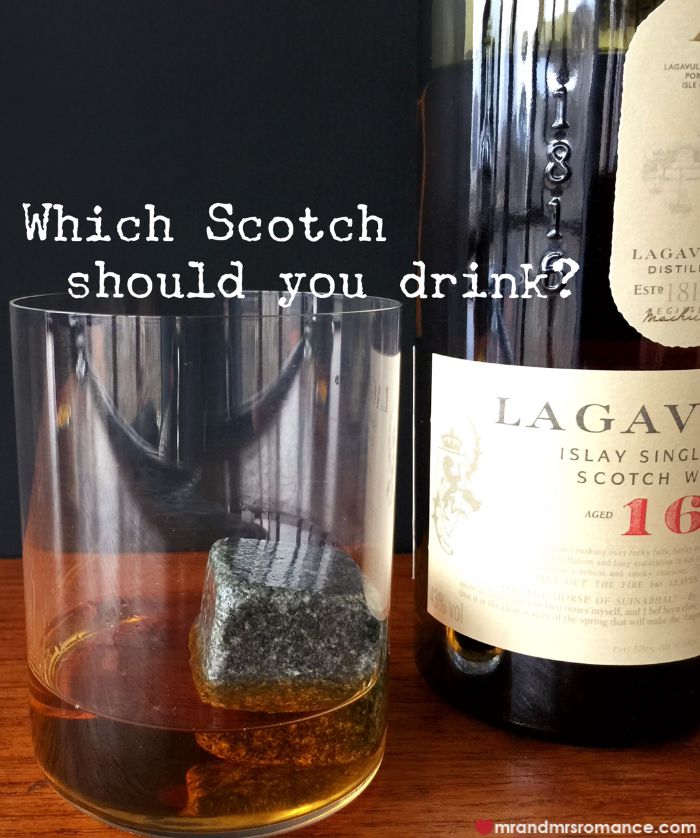 Fun fact: the only difference between ‘whiskey’ and ‘whisky’ is that the stuff made in Scotland* – as in Scotch – can leave the ‘e’ off. I was told an easy way to remember it is the Scottish are just too busy drinking to add the ‘e’. Or too mean. Just kidding.

Scotland is, of course, where whisky originated. There are 6 main areas where scotch comes from, each with its own characteristics. But more about that in a minute.

*There are other countries like Canada, Japan and Australia that also spell it ‘whisky’. The reason for the difference in spelling is unclear.

How to get into whisk(e)y

I never liked whisky (or whiskey) growing up. I’d drink Jack Daniels and coke but all the sugar hid the flavour.

The thing is you don’t have to drink it straight to enjoy whisky. There are some amazing cocktails out there that really highlight the flavour without being too overwhelming.

A good Old Fashioned or a Manhattan will change a lot of people’s minds. 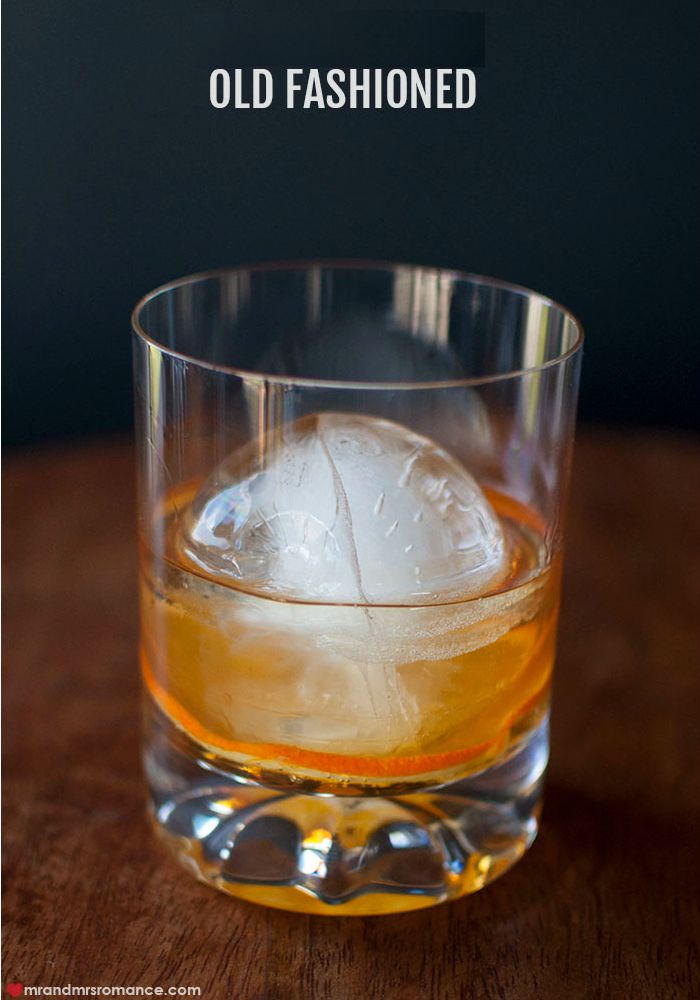 As for drinking neat drinks, I started with cognac. Its sweetness and rich flavour tempers the alcohol burn.

Remember to sip small amounts at first. These drinks are so full of flavour you don’t need much to taste them. In fact our mate Kim-Marie from KimbaLikes.com can’t drink too much, so she orders a whisky and sips on it very slowly. It gives her the sensation of joining in with everyone without the negative effects.

But now for the big question: which whisky is for you?

I’ve arranged the 6 regions of Scotland in order of approachability, so if you’re just starting out in the whisky world, start at the top.

At the bottom I’ve talked about whiskey from other parts of the world too, so keep scrolling!

Scotch regions and my recommendations 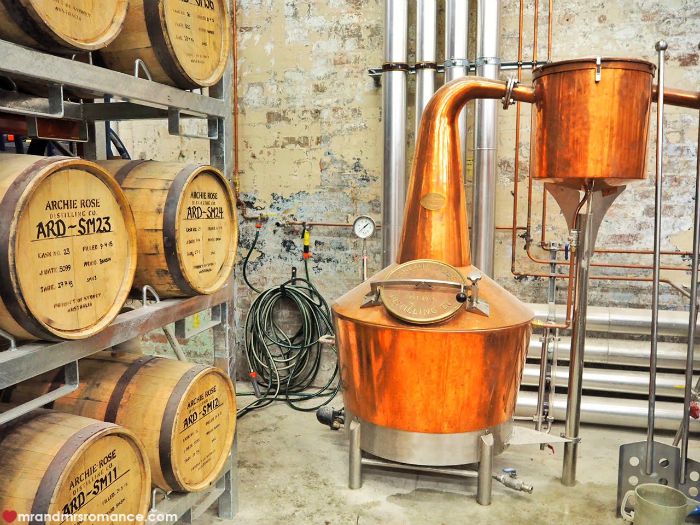 Soft, floral easy-drinking whiskies – a good range of entry level scotches. Whisky from this region tends not to have that peaty smoke that can be hard to get used to.

Glenkinchie and William Grant are good examples of this style.

The largest region and so the widest range of flavours. Expect anything from peaty smokiness to smooth sweetness.

Safe bets are Oban for a clean, sweet taste or Glenmorangie (pronounced “glen-more-an-jee”) for more of a smoky finish.

Often a bit of peat and more bite than the first two, Speyside scotch is quite a rugged drink.

Glenfiddick is easily the most popular Speyside scotch but with more distilleries than any other part of the country you’ve got plenty of choices. Glenlivet is also one of the big players here.

The northern Hebrides are well known for their peaty, robust scotch that’s full of rugged salty flavour and texture. The whiskies coming from these islands are much more of an acquired taste, but are among my favourites.

The Scotch Whisky Regulations do not recognise the Islands as a distinct scotch region and band them in with the Highland group, which seems a bit mean.

Anyway, Talisker and Abhainn Dearg are excellent examples of this region’s scotch.

The peatiest of them all, the whisky coming from this part of Scotland is for the real whisky fans. Astringent iodine, peat, smoke and salt dominate the flavours here.

My absolute favourite is Lagavulin (“lag-a-voo-lin”), but Laphroaig (“la-froyg”) comes a close second. Mrs Romance hates this style and says it makes me smell like a dirty, drunk old man. Well, if the shoe fits, wear it, right?

Not one that I’m familiar with, Campbeltown used to be the number one scotch producer in Scotland. Sadly most of the distilleries closed down and only a handful are left.

Strong salty overtones are abundant in these whiskies. If you’ve ever tried this region’s scotches, please let me know what they’re like. 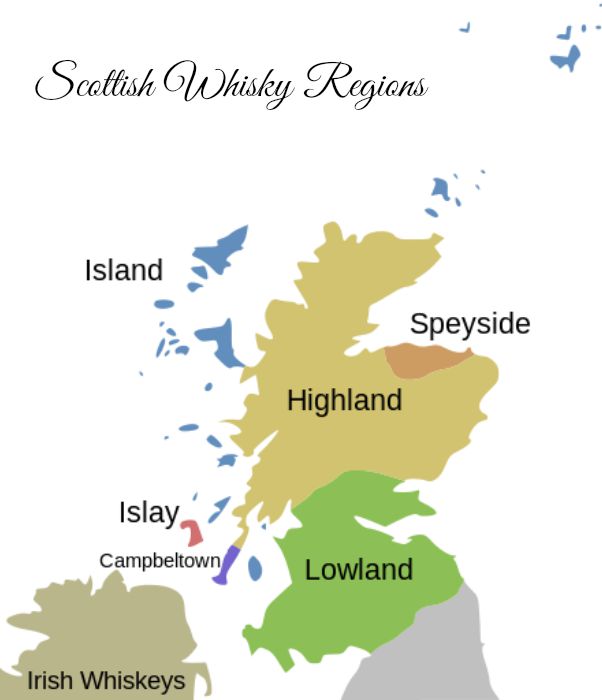 Whisky from other parts of the world

It wouldn’t be fair to write about whiskey and not mention these other four major players.

Clean, wholesome and smooth, the whiskeys here are easy drinking. Jameson is the most famous and for good reason.

Home of the Bourbon (well, Tennessee is at least) and king of the rye, the USA makes some great whiskey. My favourite American rye is Michter’s.

The whisky coming from Japan is amazingly good, and the price usually reflects that. Hibiki and Hakushu are delicate, clean and quite sweet.

As you may know, I love Australian spirits. The whisky being produced here is amazing. Sullivan’s Cove has done amazing things in the industry as has Lark. But others like Black Gate, McHenry and Belgrove also have some delicious and very accessible whiskies.

Not to mention Archie Rose in Sydney. They’re about to do great things. 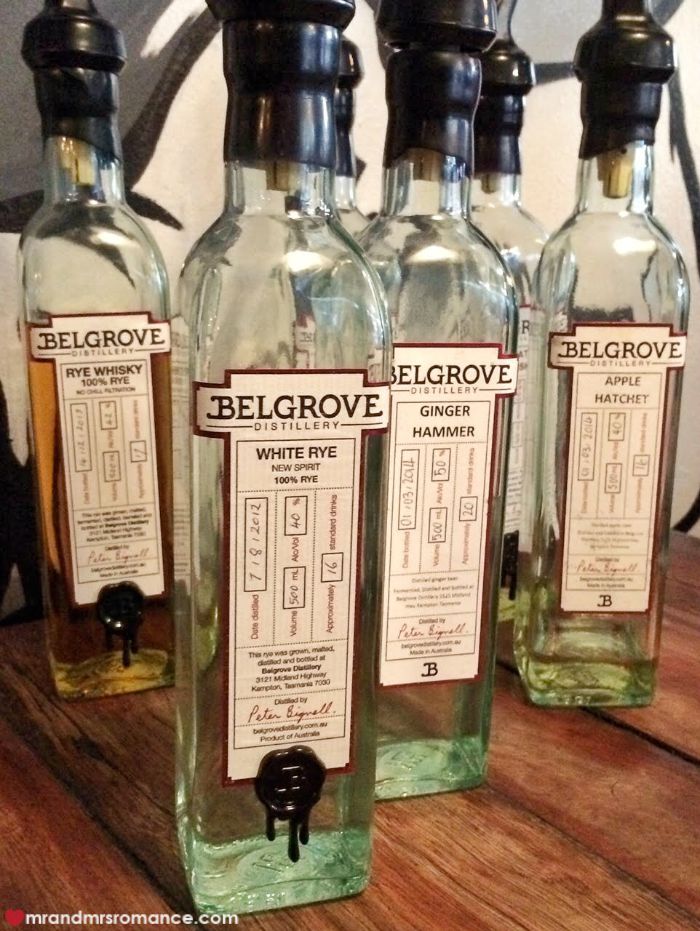 If you’re still not sure about whisky, go to your nearest small bar and ask the bar tender to recommend a whisky and a cocktail to go with it.

As with many things, the best way to get into whisk(e)y is to start off with something light and smooth. Remember, it is an acquired taste but once you get to know the flavour, you’ll be hooked… but yes, I’m still working on Mrs Romance!

Do you have a favourite whiskey or whisky? What’s your favourite sipping drink? Tell us in the comments!

Images by Mr & Mrs Romance, or linked as credited.

Where to stay on the Gold Coast – QT Hotel

Queensland’s Gold Coast is one of those places where people visit to find fun, relaxation, something a little different and to cut a little…