We’ve always wanted to explore the wild northwest of Australia. There’s a magic to this part of the world that’s so enticing. The Kimberley Region at the top of WA is so full of natural beauty it’s just breath-taking. Here are our top 10 reasons why you should visit the Kimberley. 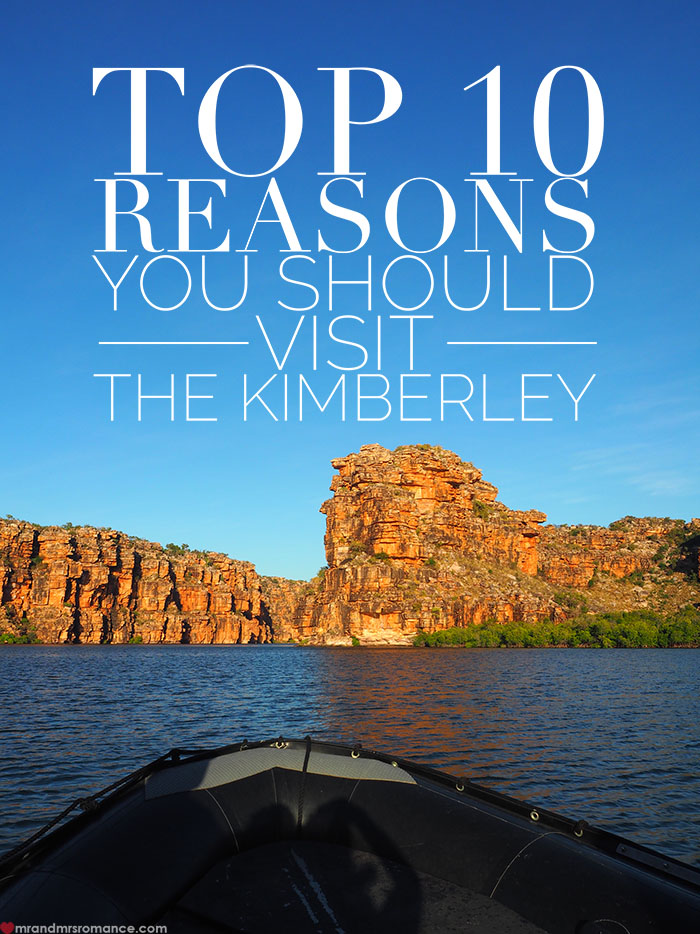 We’ve always known there was a good reason to explore the wild northwest of Australia. The Kimberley region has held us in its gaze for so many years, but there’s always been something stopping us from getting there.

Recently an opportunity came along that was just too hard to resist. Our friend Rohan, who works for National Geographic, told us about The Nat Geo Orion. It’s an expedition ship that sails all over the world and that also explores the northwest of Australia.

What we thought we knew about this part of the country not only turned out to be wrong, but so right that it exceeded our expectations 1000-fold. This what we thought we’d find there:

Nature. Yes, but more animals and plants than we could ever imagine.

Landscapes. indeed, but of such beauty, it’s hard to describe.

Aboriginal history and heritage. Absolutely, but the oldest and most elaborate in the world!

Because our expectations fell so far short of the reality, we thought we’d share are our top 10 reasons why you should visit the Kimberley immediately.

Our top 10 reasons you should visit the Kimberley, WA. 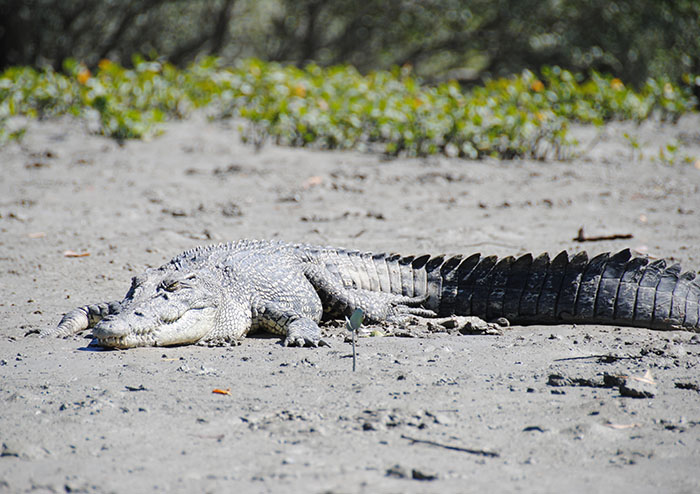 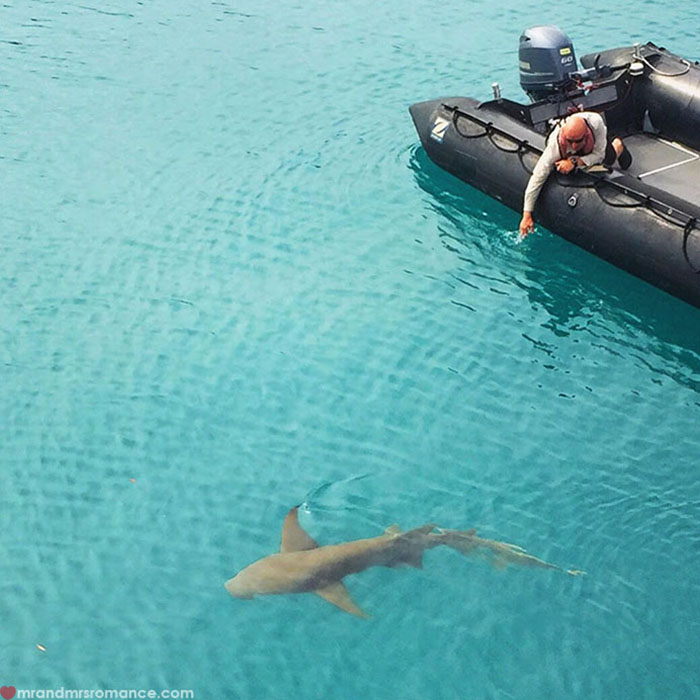 The waters off the coast and in the rivers of the Kimberley are teeming with life. Sharks, green turtles, sea snakes – we even had a giant manta ray almost leap into our Zodiac speedboat at one point. 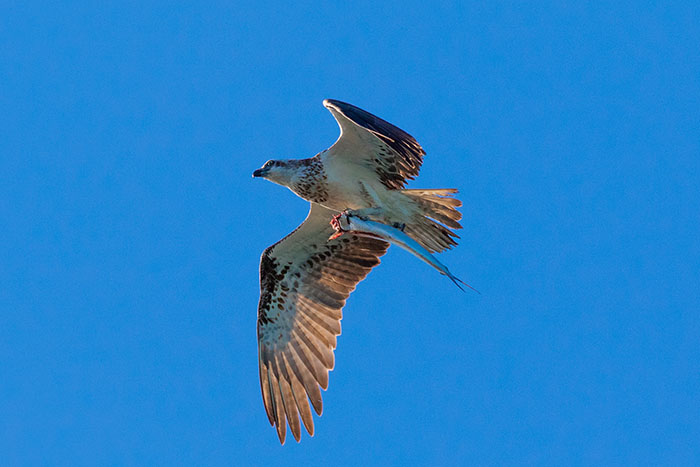 There are just so many birds here even someone who’s not particularly bothered about them will find this place amazing.

From white-bellied sea eagles and osprey to the black-necked crane (aka jabaroo) and grey egrets you’ll see some amazing things on the wing here. 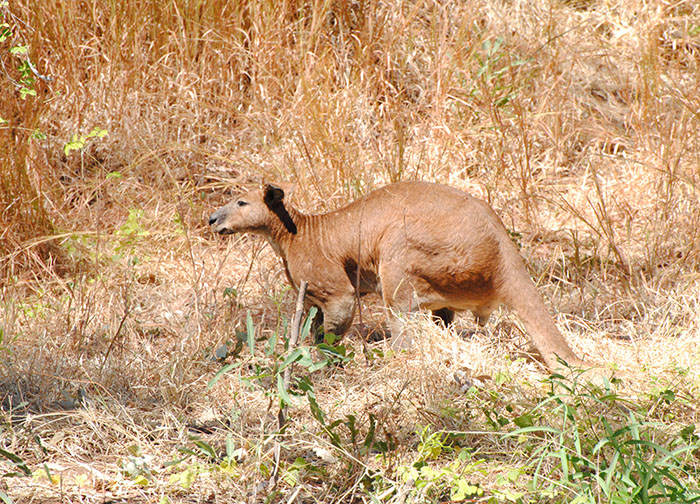 In the water you can see dugongs (aka sea cows), dolphins and even whales here. On land, rock wallabies, kangaroos, dingos and the other 50 types of mammal live among the cliffs and plains. 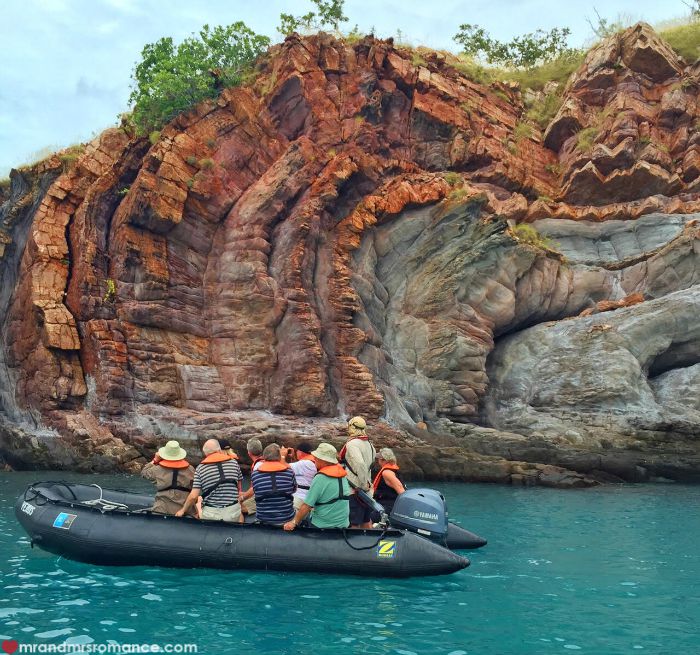 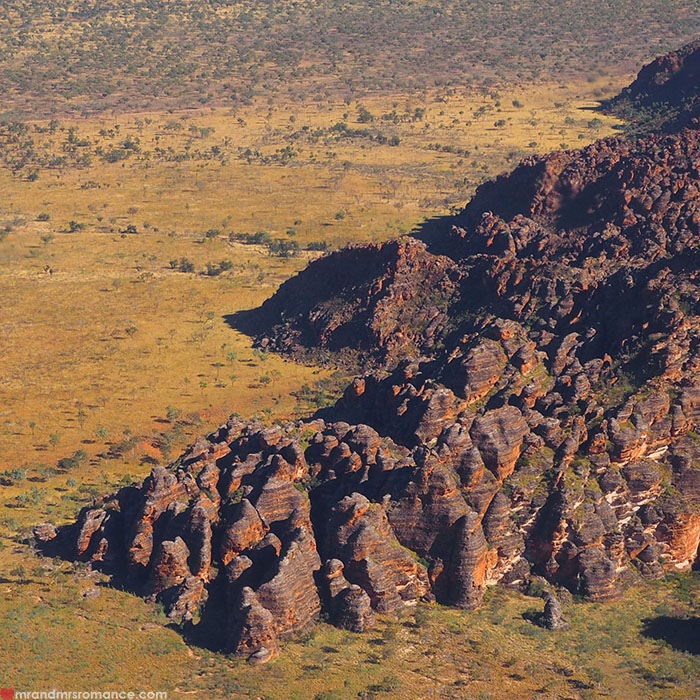 The way the Kimberley was formed makes this a very unique place indeed. Sheer rock walls, bright red from the rich iron oxide in the sandstone. Erosion has caused strangely shaped rocks and cliffs to sprout from the ground.

Enormous earthquakes millions of years ago have forced huge chunks of the earth’s crust into the air, displaying all the colours Australia is famous for.

And let’s not forget the famous Bungle Bungles! 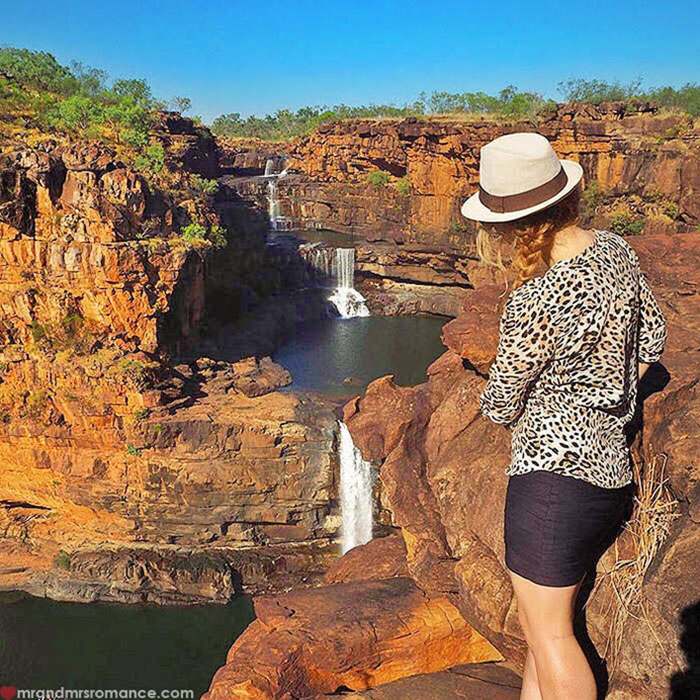 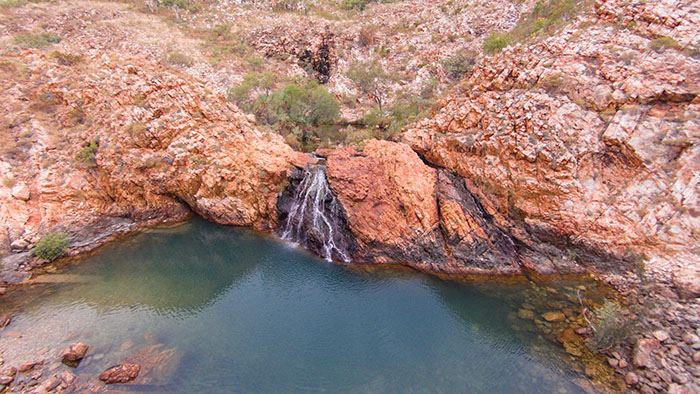 We also visited Montgomery Reef – Australia’s largest inshore reef – that is completely submerged at every high tide. But at low tide, the change in water level is so extreme the whole reef emerges from the sea creating beautiful falls as the water runs off its top.

David Attenborough said the sight of Montgomery Reef seemingly rising from the sea was one of the world’s natural wonders. 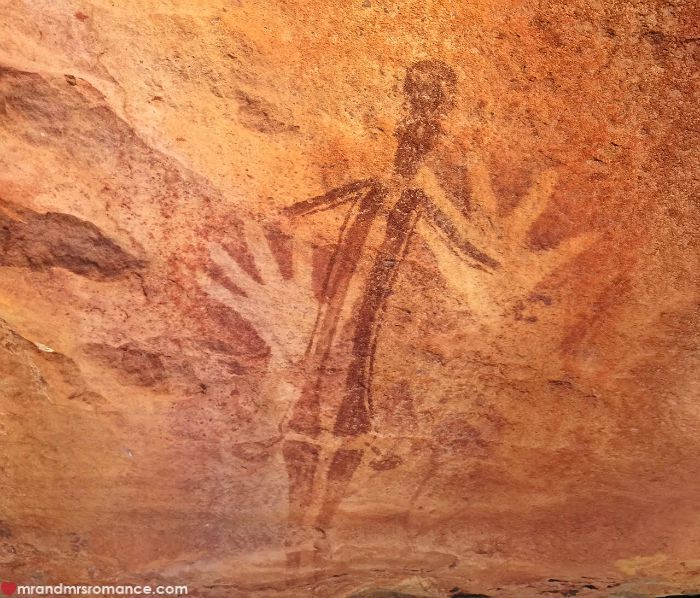 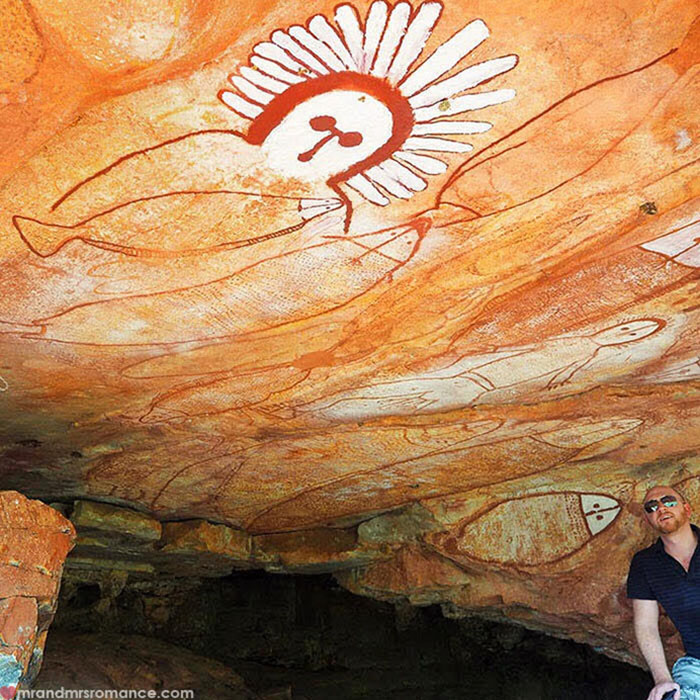 The Kimberley has some of the most significant rock art in the world. And it’s everywhere! The Gwion Gwion or Bradshaw rock art is deemed to be the oldest in the world – certainly it has the oldest depictions of humans in the planet.

The Wandjina art, which is also peculiar to this region of Australia, is the only rock art in the world now still to be maintained by its creators countless generations from when it was first started. 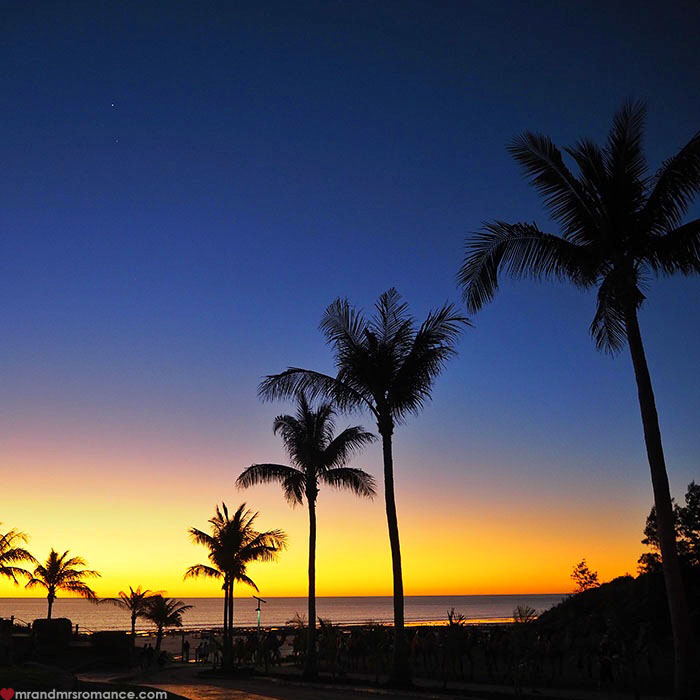 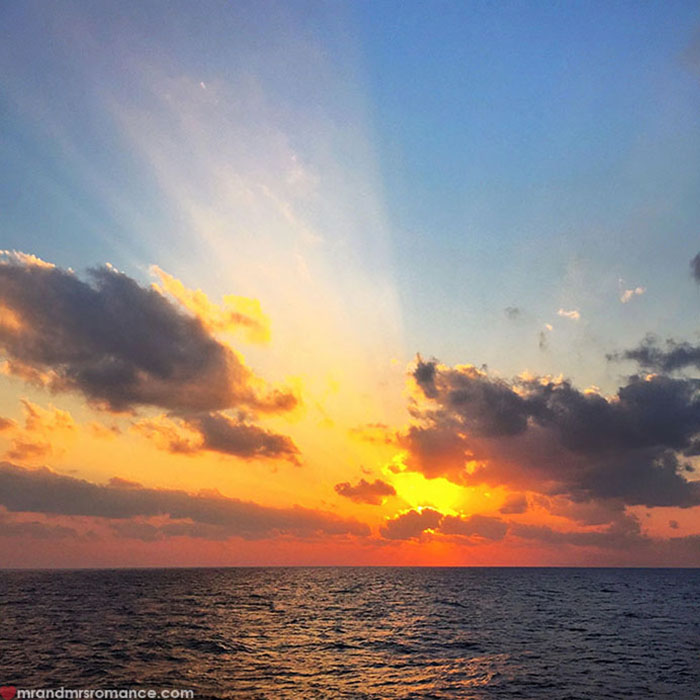 The sunsets in the Kimberley are nothing short of spectacular. The sight of the sun setting over the ocean never gets boring. 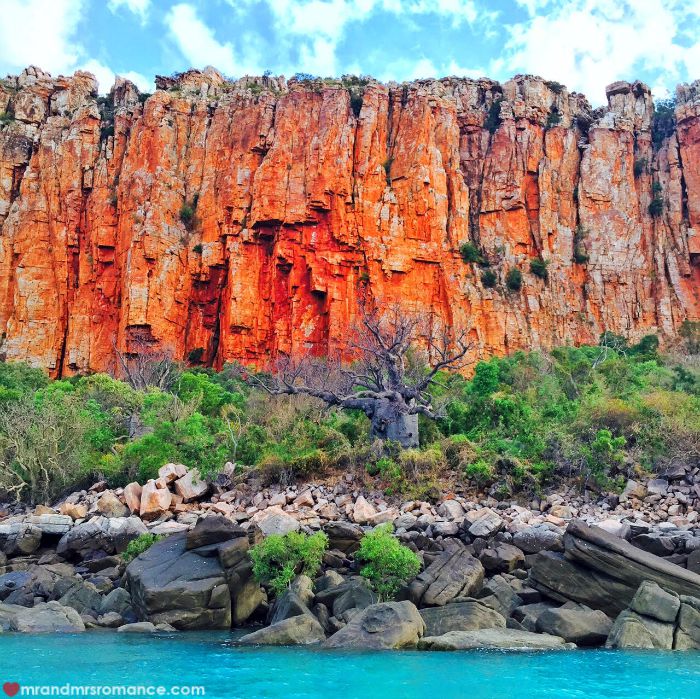 The deep reds of the rocks and earth, the deep blue of the sea and the sky, and the olive green from the bushes and trees that line the Kimberley coastline create the perfect combination of nature’s palate.

Of the naturalists in our expedition told us that using a polarising lens on your camera here is pointless. The colours are so intense a polariser just makes it look fake. 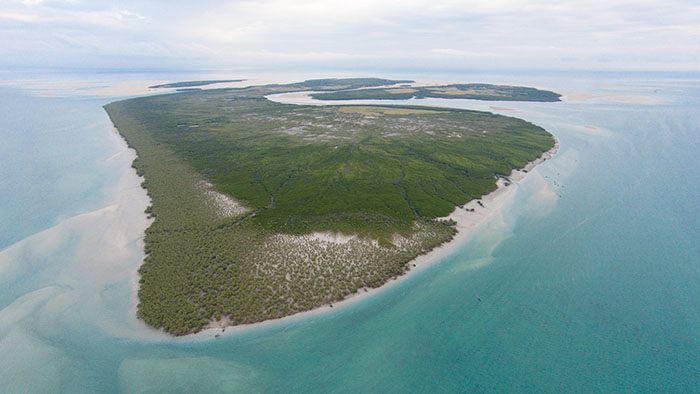 If there’s one thing you can guarantee it’s that you’ll find space in the Kimberley. The ocean horizon disappears into the curving edge of the west while the only thing to crowd you on the eastern side is a magnificent rocky cliff or boulders bigger than the ship. It’s rare to see anyone here in Australia’s wild northwest. 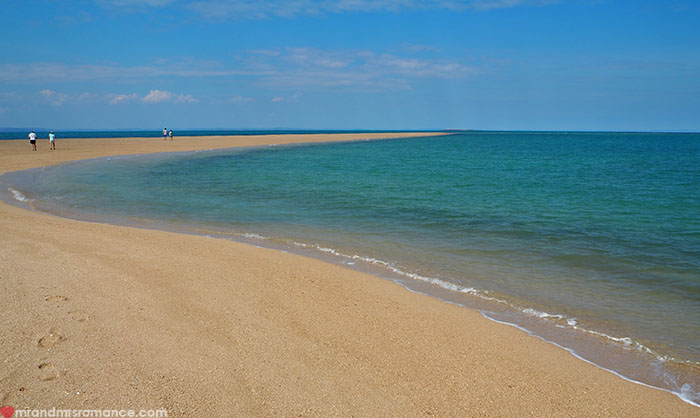 In the dry season (from April to October), there is no humidity, it rarely rains, the evenings are cool and refreshing, and the days are sunny and warm. This is the best time to see the Kimberley – though you risk missing the true grandeur of the King George Falls in full flow.

Mind you, access across land is easier, and the lack of humidity and mosquitos makes me very happy indeed!

The wet season (November-March) is exactly that. It rains torrentially every day for an hour or so and it’s much hotter day and night.

But no matter when you go to the Kimberley, at least the weather will be predictable!

It is possible to travel to and around the Kimberley by land. It’s a popular camping destination but seeing it from the water and from the air is truly a unique perspective and one we highly recommend. 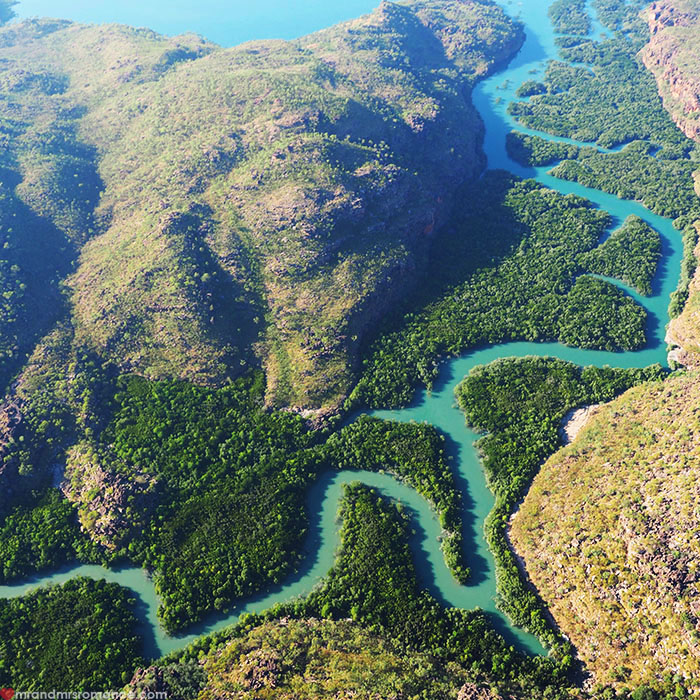 The Kimberley is truly one of Australia’s crown jewels. When you think of Australia and imagine the outback and the beaches, the animals and the ancient history, it’s here that you’re imagining.

Have you been to the Kimberley? Would you like to go? Tell us in the comments!