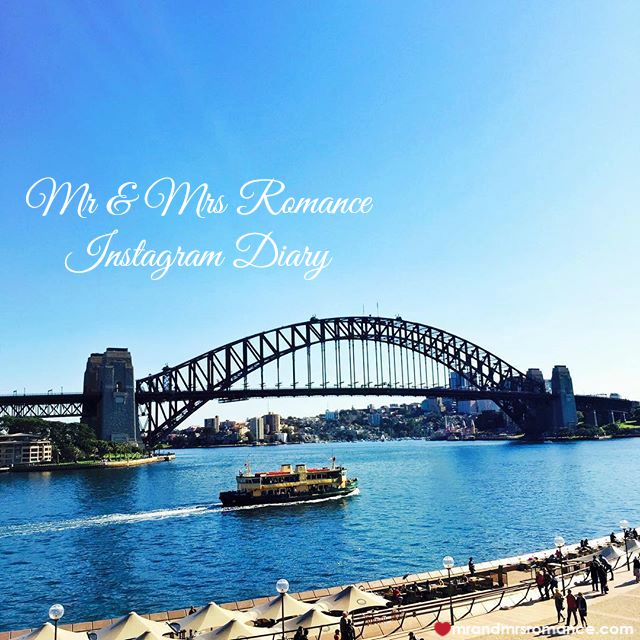 It’s good to be back in good ol’ Sydney town. We had the most amazing time in the Kimberley, WA – and just so you know, you should probably expect to hear more about our trip on the National Geographic Orion over the next few weeks – but like all travel, getting home is a good thing.

In fact, this is one of the first times Mrs Romance has come home from a trip and not suffered those terrible post-travel blues. I think it’s got something to do with having so much to talk about still from this amazing experience.

So anyway, here’s what’s been going on in our Instagram lives over the week just gone. Hope you’ve had a good week too. 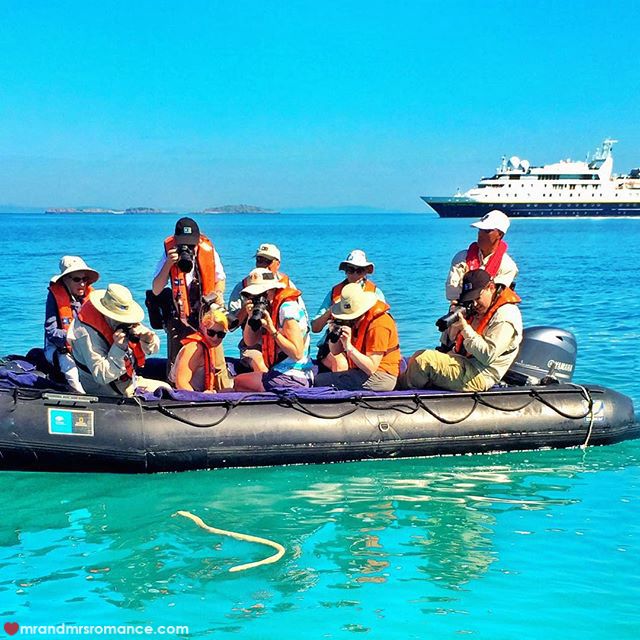 One of the absolute highlights of our trip along the Kimberley coast was this moment when Anthony – one of the naturalists aboard the Nat Geo Orion – spotted this sea snake whilst piloting our Zodiac to the mouth of a remote river system.

This snake – a type of sea krait – has a fish in its mouth as it swims towards another of our Zodiacs. These snakes have some of the most potent venom in the animal kingdom. Reason being, as they hunt underwater, the snakes need to kill their prey as fast as possible to avoid losing them in the big blue.

Moments after this shot, the snake does a weird sort of head dive into the water and begins swallowing its breakfast! Amazing to see. 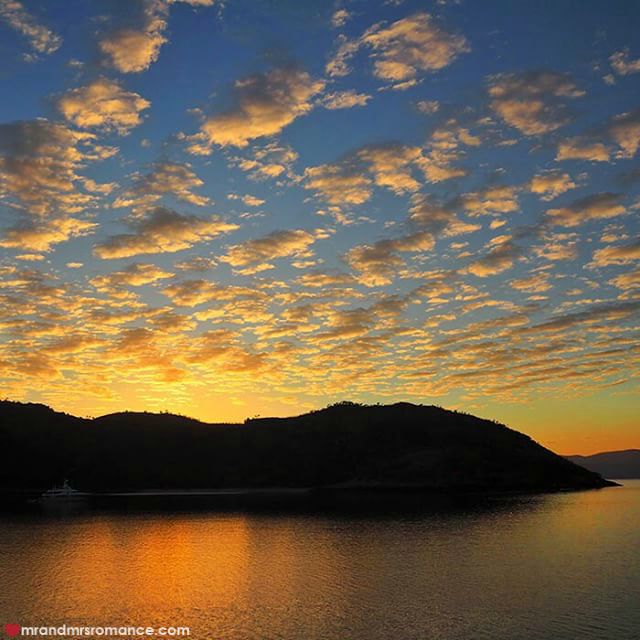 There were some early starts aboard the Orion. The bonus of a beautiful sunrise over some of the most incredible country we’ve ever seen was well worth sacrificing the sleep-in. 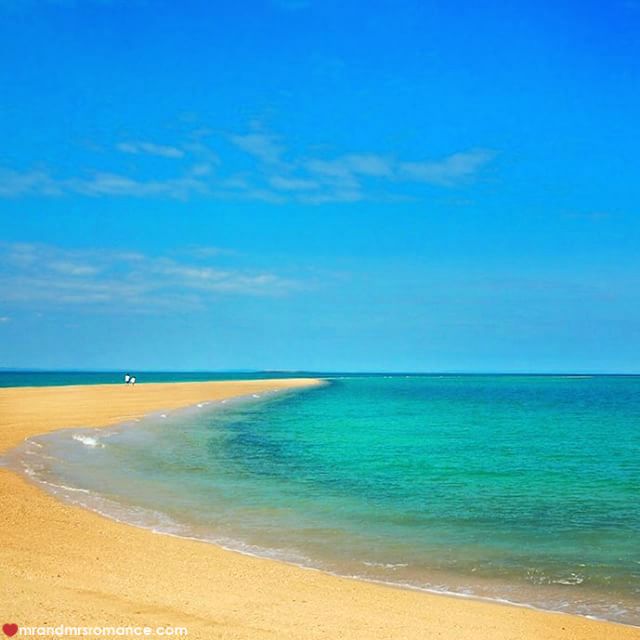 After one expedition out to Montgomery Reef – Australia’s largest inshore reef and named a natural wonder by Sir David Attenborough – was this little wonder.

We’ve called this place the Sand Bar for a couple of reasons. Yes, it’s a sandbar, that appears off the coast of northwest Australia at low tide. It’s also where the genius hotel manager and crew of the National Geographic Orion set up a little makeshift bar for us to pull up in our Zodiacs and relax with a margarita or two before continuing on our voyage.

I know exactly what you’re thinking, exploration missions can be very hard work, can’t they? 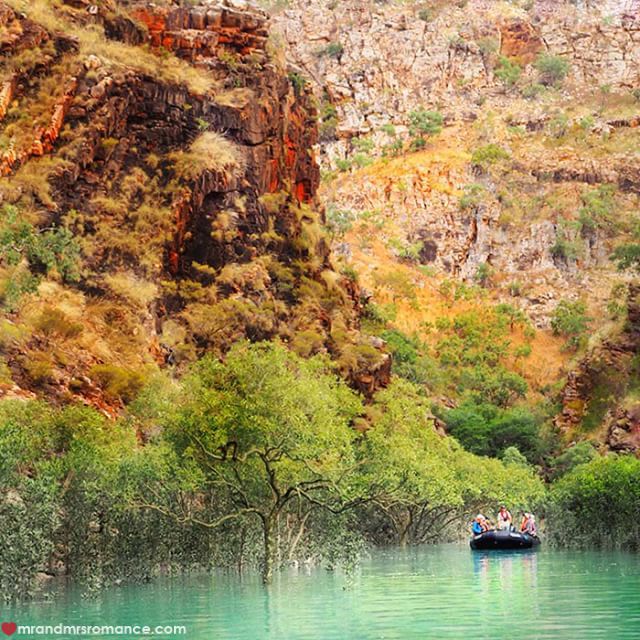 There are a number of amazing river systems and archipelagos along the Kimberley in northwest Australia. They were discovered a long time ago, but seldom explored. The beautiful, rugged terrain is home to little more than rock wallabies, snakes and lizards, but the waters are inhabited by all kinds of things.

While we chug along in our Zodiacs, we spot crocs, rays and turtles, not to mention eagles, kites and egrets that prowl the water’s surface looking for a feed. It feels like you’re the first person to ever see this area – it’s just amazing. 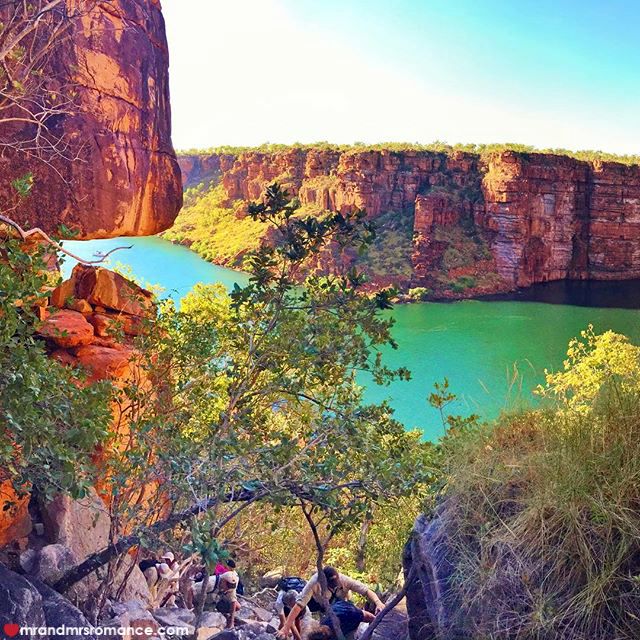 An early start and an anchorage near the estuary of the King George River has us up early one morning exploring. The sheer cliffs of the King George Sound that tower from the river’s calm depths are a tempting climb. So up we go – it’s best not to look down as you go, but for the grace of a good photo, I’ve risked it.

It’s only a 20-minute scramble up the escarpment, but it’s worth it in the end… 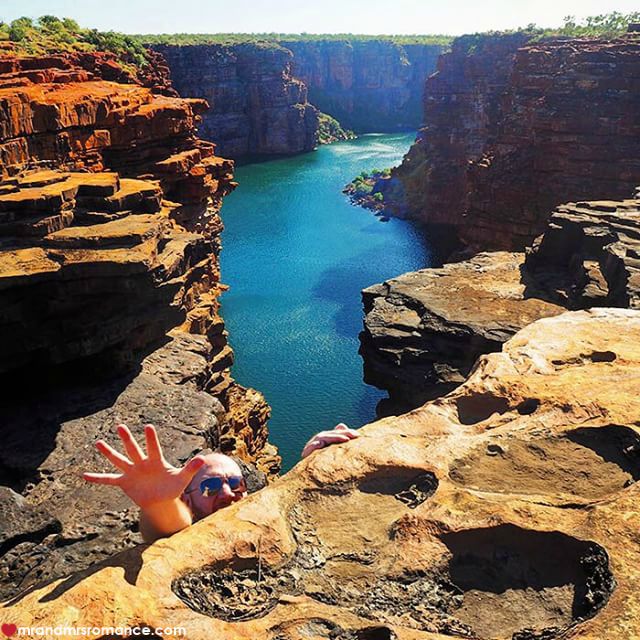 In spite of my tomfoolery, the view from the top here is nothing short of breathtaking. From here, a small tributary of the King George River runs across the cliffs and falls 276 feet (84m) to the river below.

It’s the dry season now, so the falls are no more than a trickle, but in the wet season, the two falls are raging torrents that are truly something to behold. Where I am here would be full of rushing water.

I know this isn’t on Instagram… I mean, it’s not square for a start… but I thought I’d include it. You can see how high these falls are, but you can also see how small the run of water is in the dry season too.

We were able to push the nose of our Zodiac right up into the falls where our friends could sit under it and get a sprinkling. Not sure why you’d want to do that but it seemed popular. I just didn’t want to get my hair wet. 😉

In the wet season, our boat would’ve been pushed right under the water here and this entire section of the cliff would be full of water flow. 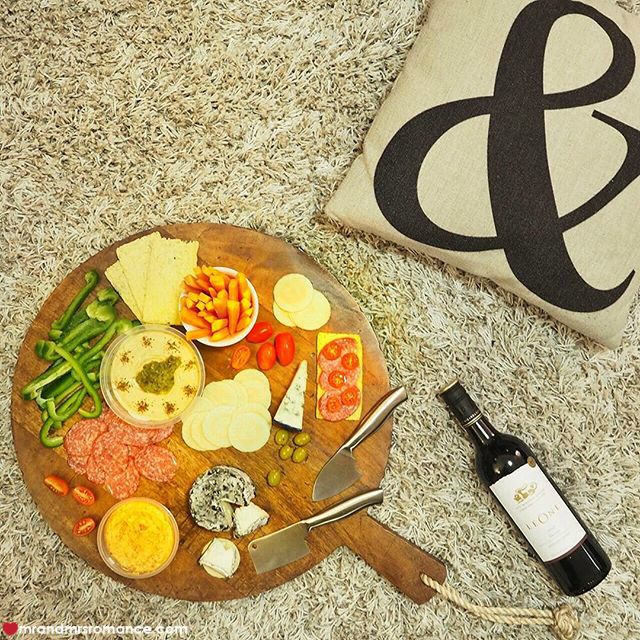 But like all adventures, our time in the Kimberley has come to an end. It’s back to the drudgery of cheese dinners and a good bottle of red to see out the rest of this chilly winter.

The shiraz is a little ripper from Lou Miranda Estate in South Australia, the gluten-free crackers are some of the new range that Orgran have released (love their Quinoa Crispibreads) and the ampersand cushion is from I Love Linen. 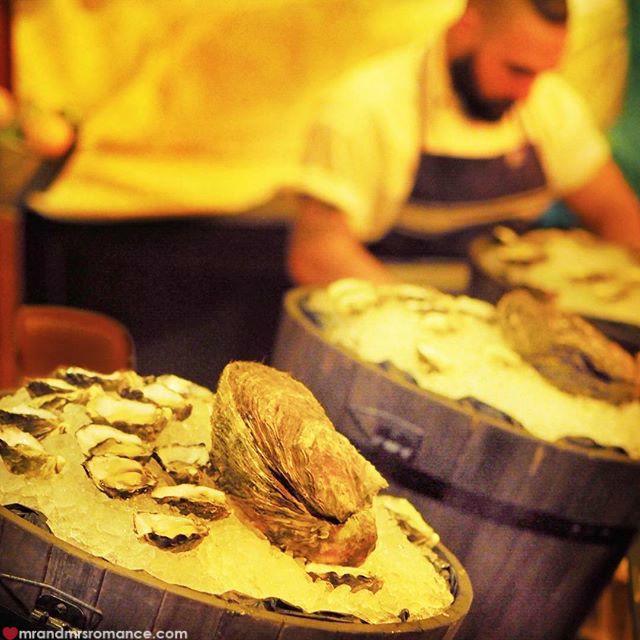 Our week back in Sydney has been a bit surreal. One minute we’re bobbing around on the Indian Ocean the other side of the country with very little contact with human life. Next thing we’re in the heart of Australia’s biggest city learning about the amazing oysters we can eat at The Morrison.

Every year The Morrison Bar and Oyster Room – one of Sydney’s popular eatery hotspots and a personal favourite – has an oyster festival. Throughout August, they’ll be offering $1 oysters, usually with three choices available. I really love the Sydney rock oysters as a rule, but they’ve also got some delicious little ones from Merimbula that are worth a try. 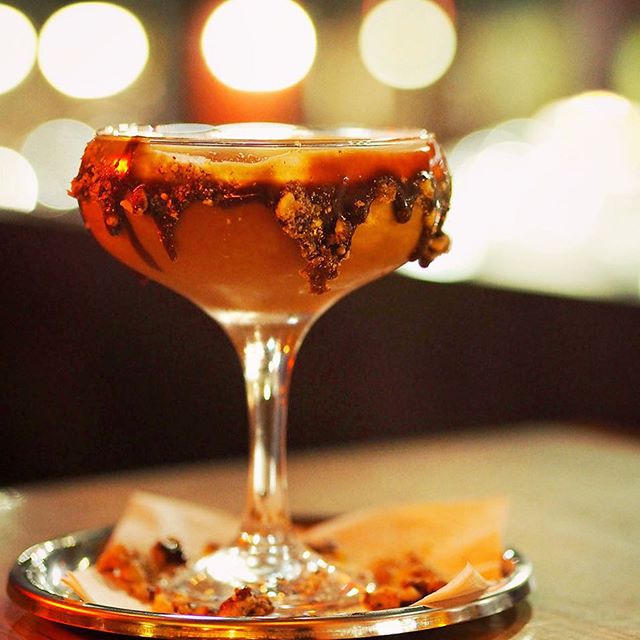 But it’s not just oysters that The Morrison does well. We’re here for dinner too this week and my lordy! What a meal. We’ll be writing a bit more about what you should expect here – and about their new winter menu – soon, but in the meantime, glory at this amazing cocktail.

So what have you been up to this week gone by? Any great meals or drinks enjoyed? Any travel plans in the running? Tell us in the comments!

A movie date night can be a lot of fun – especially if you get it right. Get it wrong and you might as…