Food is always a great indicator of a country’s culture – definitely so in South Africa. With so many peoples from around the world calling SA home, the food choices here are almost boundless. But here are 7 things to eat in South Africa that highlight this safari of food. 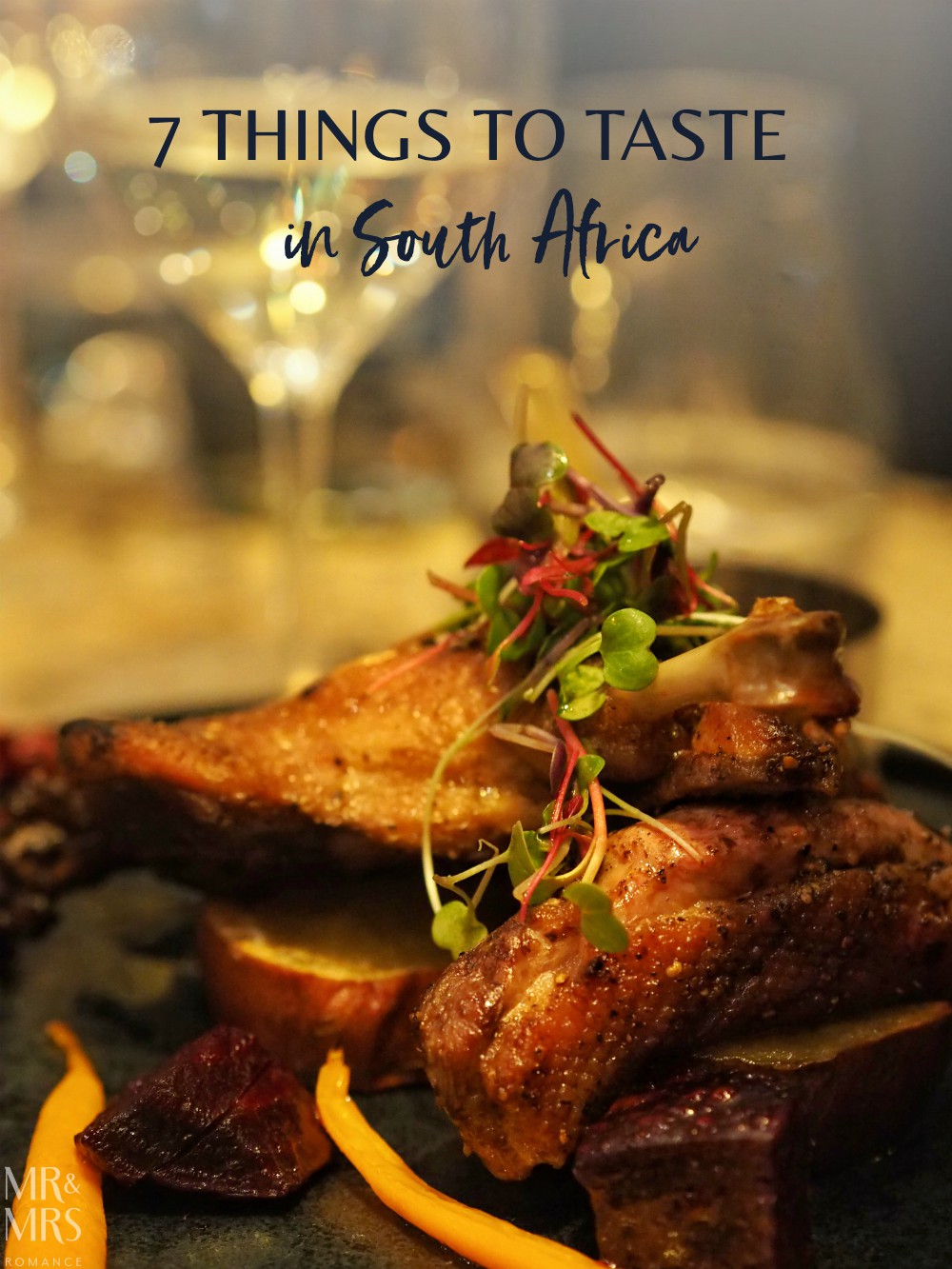 We were expecting an adventure when we first visited South Africa, but we had no idea where the adventure would come from or where it would take us.

From migrant Indian labourers to bush food to recipes shared and adapted from nomadic tribes, the things that landed on our plates gave us an insight into South African culture the way only food can.

We even found a burger to challenge the best – South Africa’s delicious take on an American fast food icon. 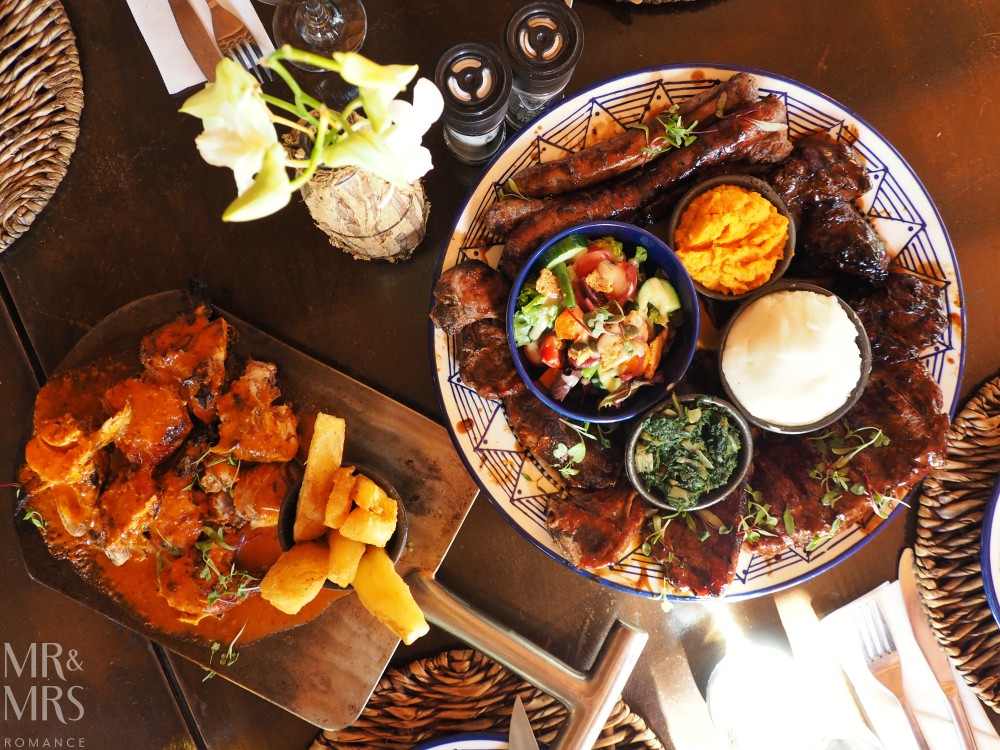 Here are seven dishes to find in South Africa – the way you taste the culture.

7 things to taste in South Africa

So called because of its free-roaming life and tendency to be quite lean and firm, hardbody chicken is a popular dish in the Johannesburg townships. 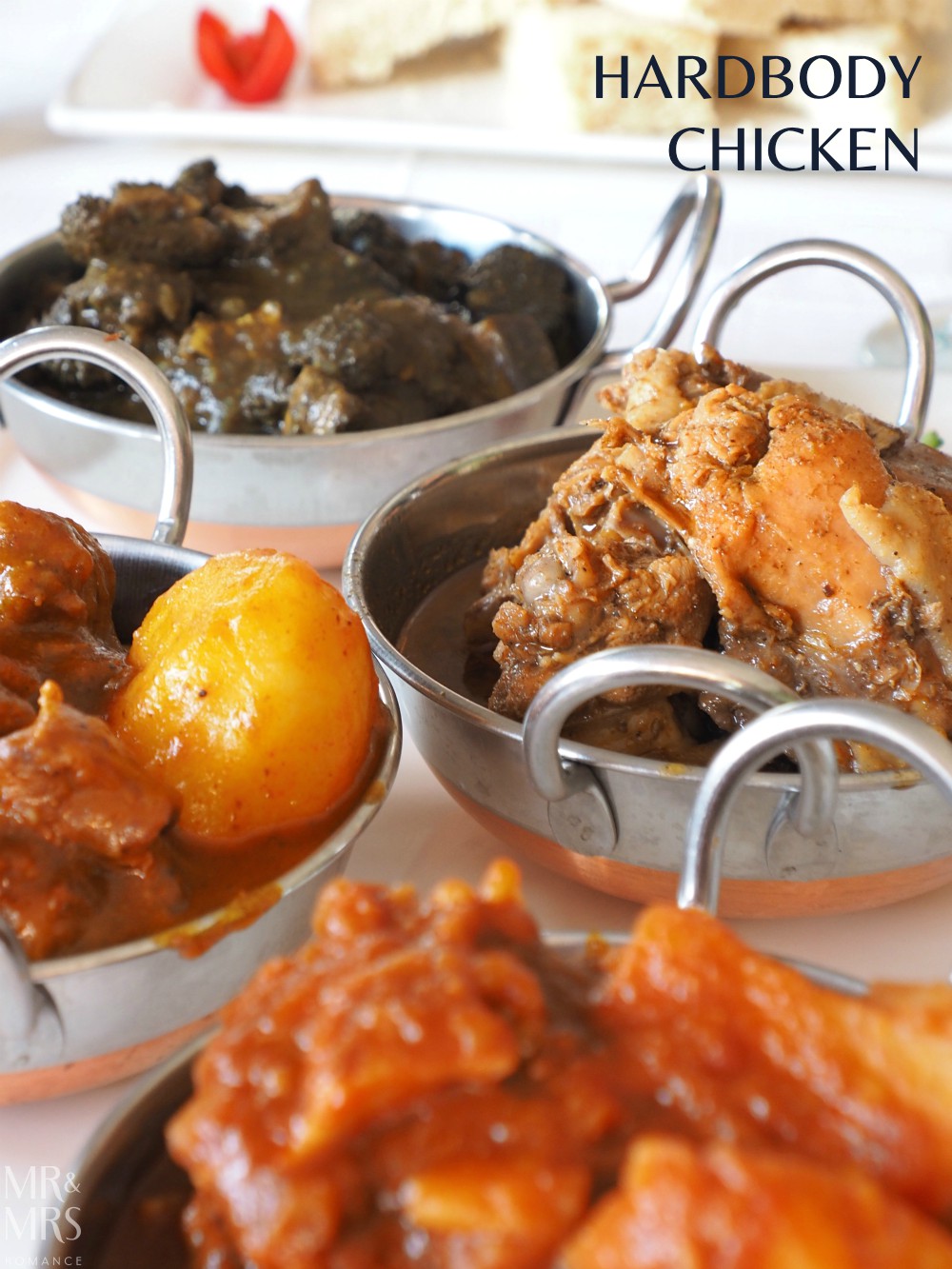 We first tried hardbody at the Wine Bar in Soweto – a very cool spot with excellent food and a big walk-in wine fridge.

Hardbody chicken has a lot more flavour than your average supermarket chook and the meat is a bit darker too.

Nothing to do with rabbits, bunny chow comes from the Indian caste bania or baniya, who were merchants and traders. They came to Durban when the cane industry was thriving and adapted dishes from home using local products they had access to. 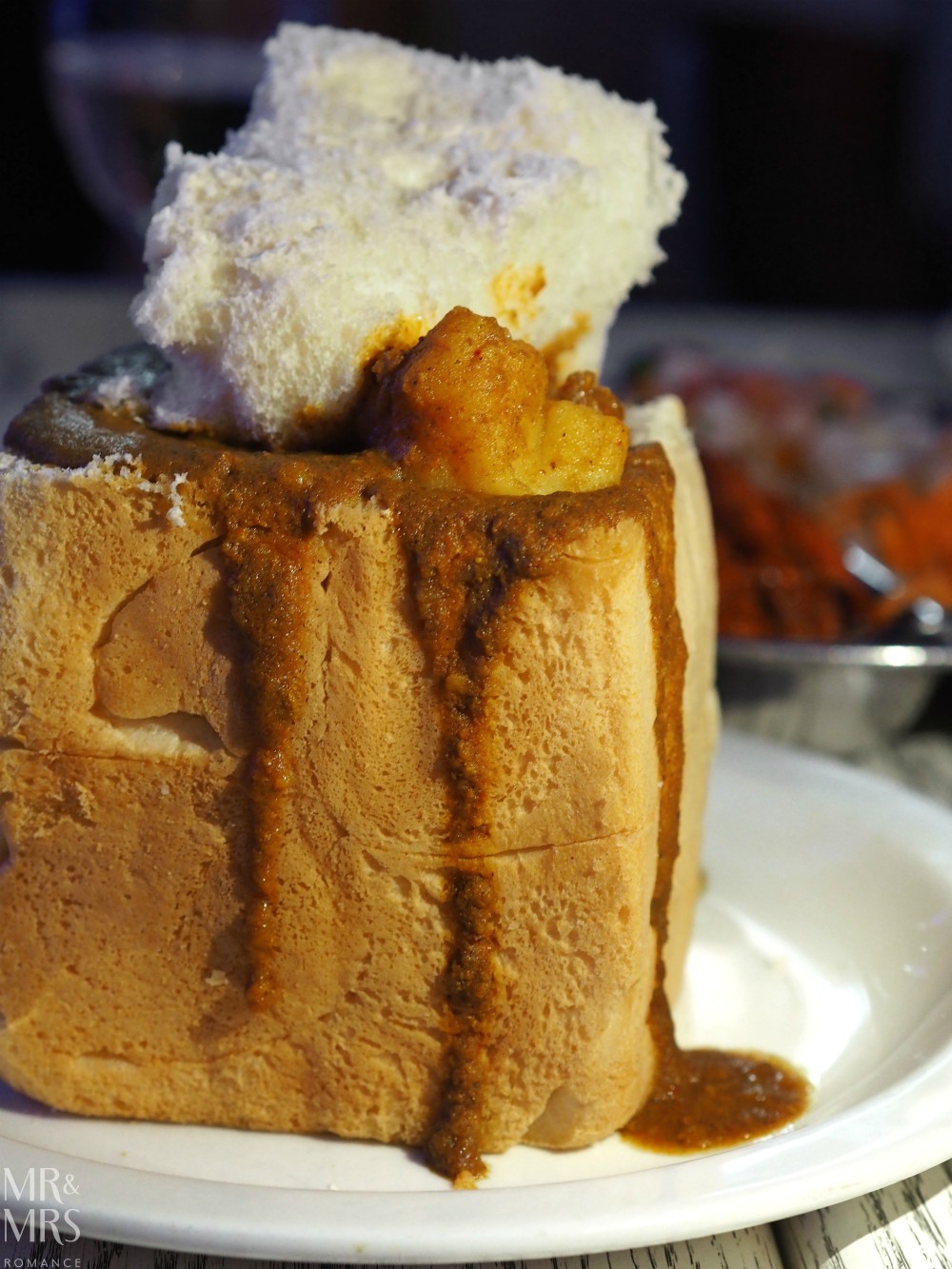 Their title ‘bania’ eventually corrupted to ‘bunny’ and their food – the ‘chow’ – stuck too.

Bunny chow is a half-loaf of white bread hollowed out and filled with a rich, flavoursome curry. And if you’re not up to the challenge, you can just go for a quarter loaf.

Either way, it’s delicious and reminds me a bit of the clam chowder of San Francisco, which is traditionally served in a sourdough cob. There’s something about eating everything on your plate – including the plate itself – that appeals! 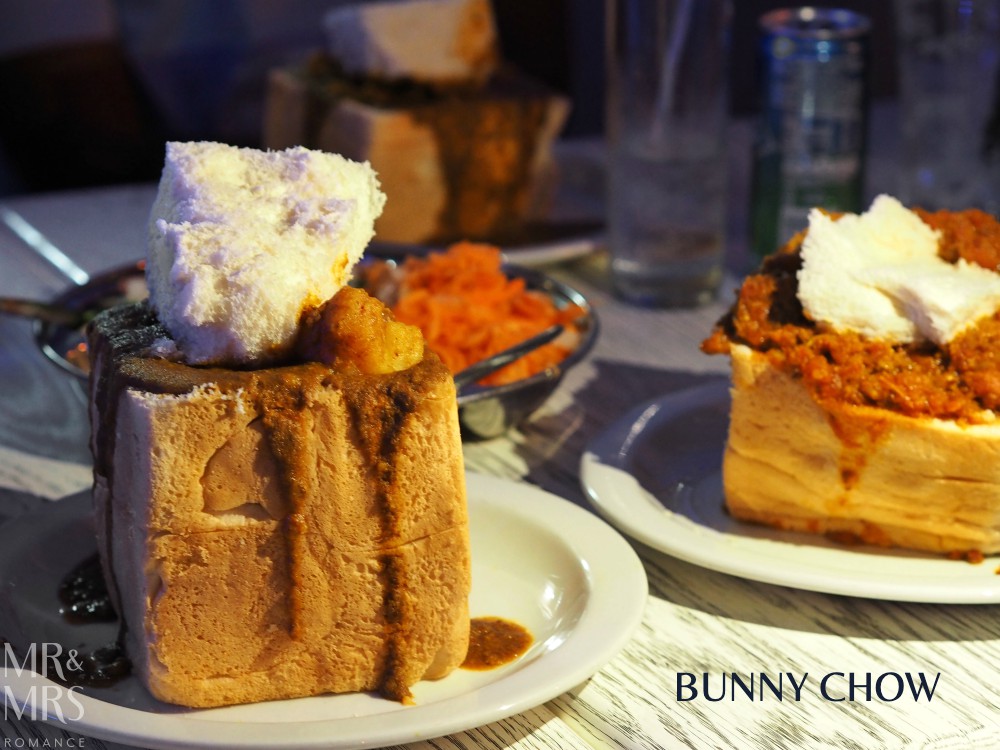 Jerky has become a popular snack internationally, but there’s something about biltong – the form of jerky that’s traditionally a kind of bush food – that’s special.

Most jerky you find elsewhere in the world is usually beef. But in South Africa, you can find biltong from many of the different antelope native to SA. We tried a few different types – springbok was ok, as was impala, but the gemsbok – a type of large oryx – was the best.

Sweet, incredibly tender and full of that rich umami you get from game meat, gemsbok is the one to look out for. 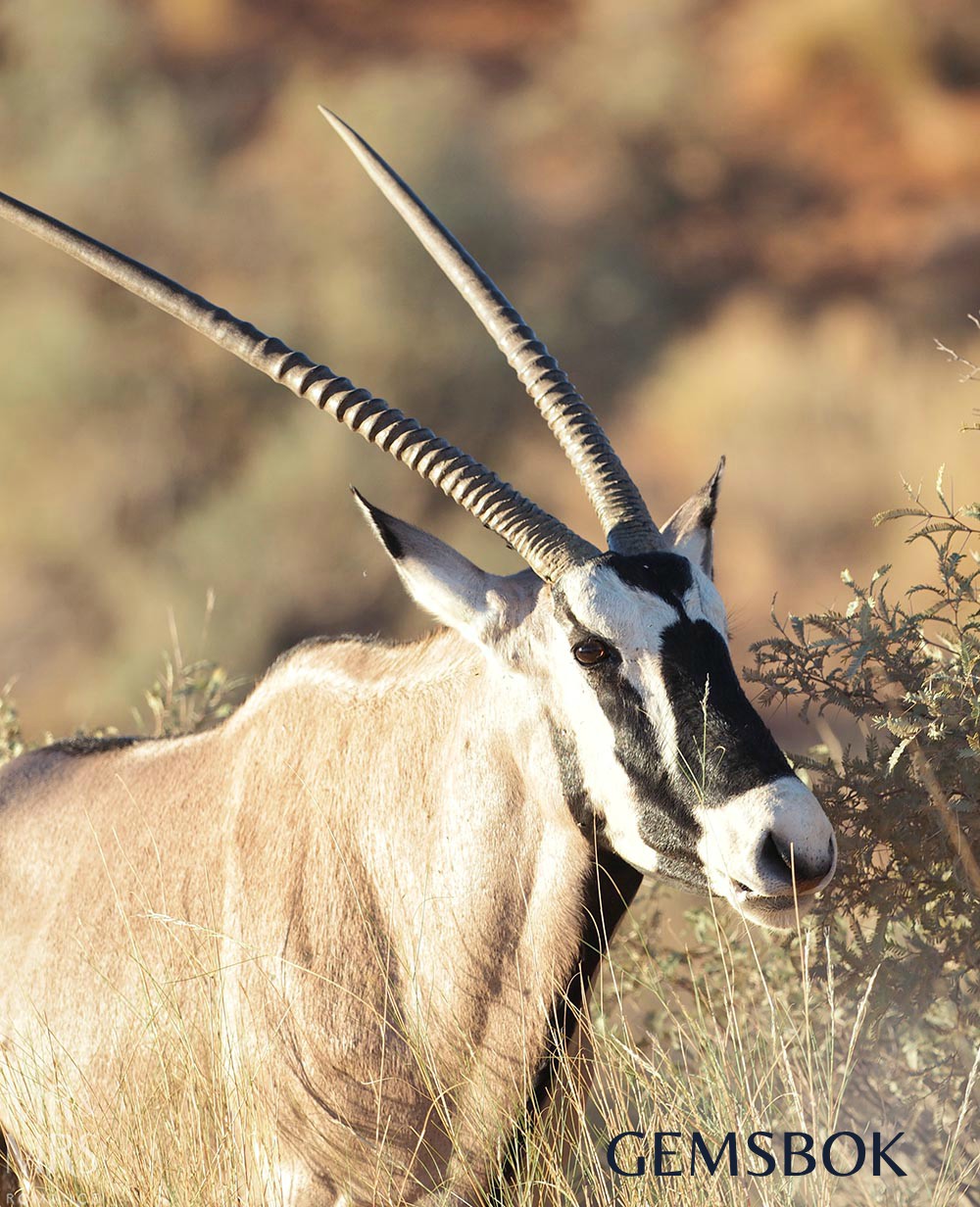 It seems like every country and every culture around the world has its own version of a dumpling. From the little sauce-catching potato fists of Italian gnocchi to the crispy filled gyoza of Japan, dumplings take many forms.

Dombolo dumplings were Nelson Mandela’s favourite side with a hearty lamb stew. These steamed flour dumplings remind me of the doughy sliced knedlíky from the Czech Republic, though they are boiled rather than steamed.

Larger dombolo are sliced or smaller ones are served whole – either way, they’re soft, fluffy and sop up a soup like a delicious sponge. 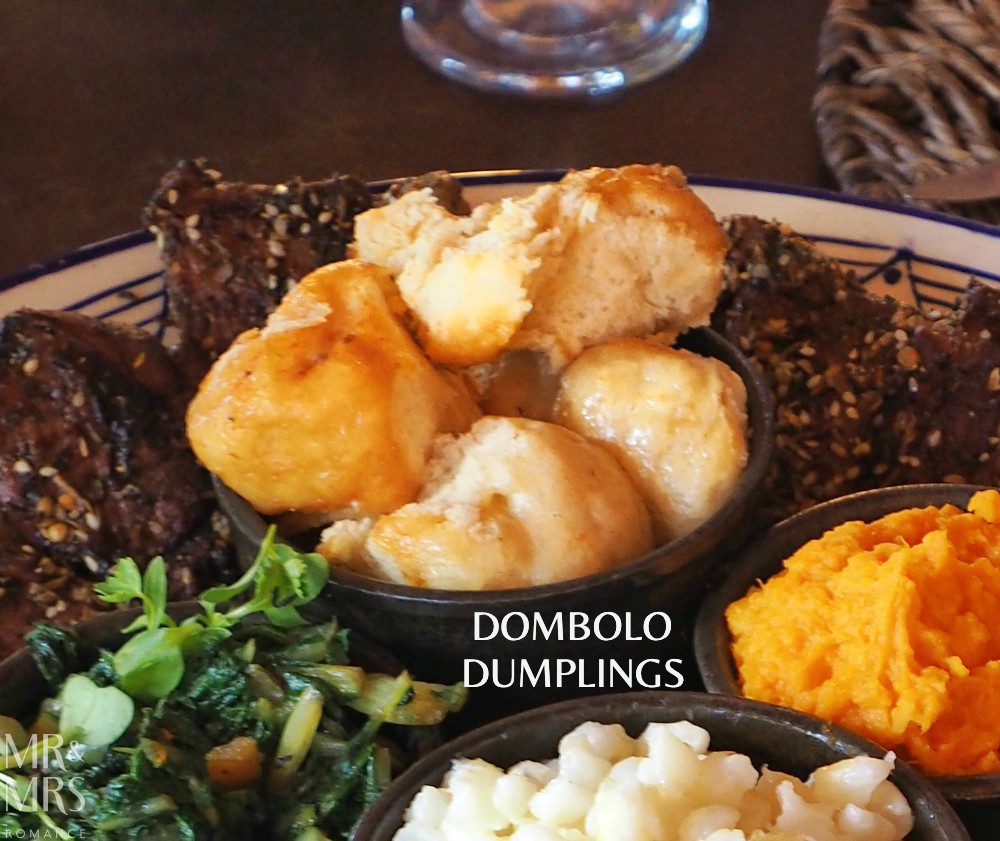 Another of Mandiba’s favourite sides – and a staple throughout South Africa – chakalaka is a dish straight from the townships. This Xhosa classic is a must-try.

Chakalaka consists of beans and vegetables in a well-spiced rich heart-warming tomato base. We were having an amazing lunch at Moyo in Joburg with a South African friend, and she almost refused to start eating until they brought out the chakalaka we’d ordered.

Another homely dish from the townships – and a favourite of Xhosa people, samp is made from corn. Dried corn kernels are pounded (but not ground) then soaked overnight and cooked – often with black-eyed beans – in a stock.

It’s quite a starchy dish and goes well with the spiciness of chakalaka. People often add extra flavours to their samp like cheese and herbs, which makes the dish more of a solo artist. 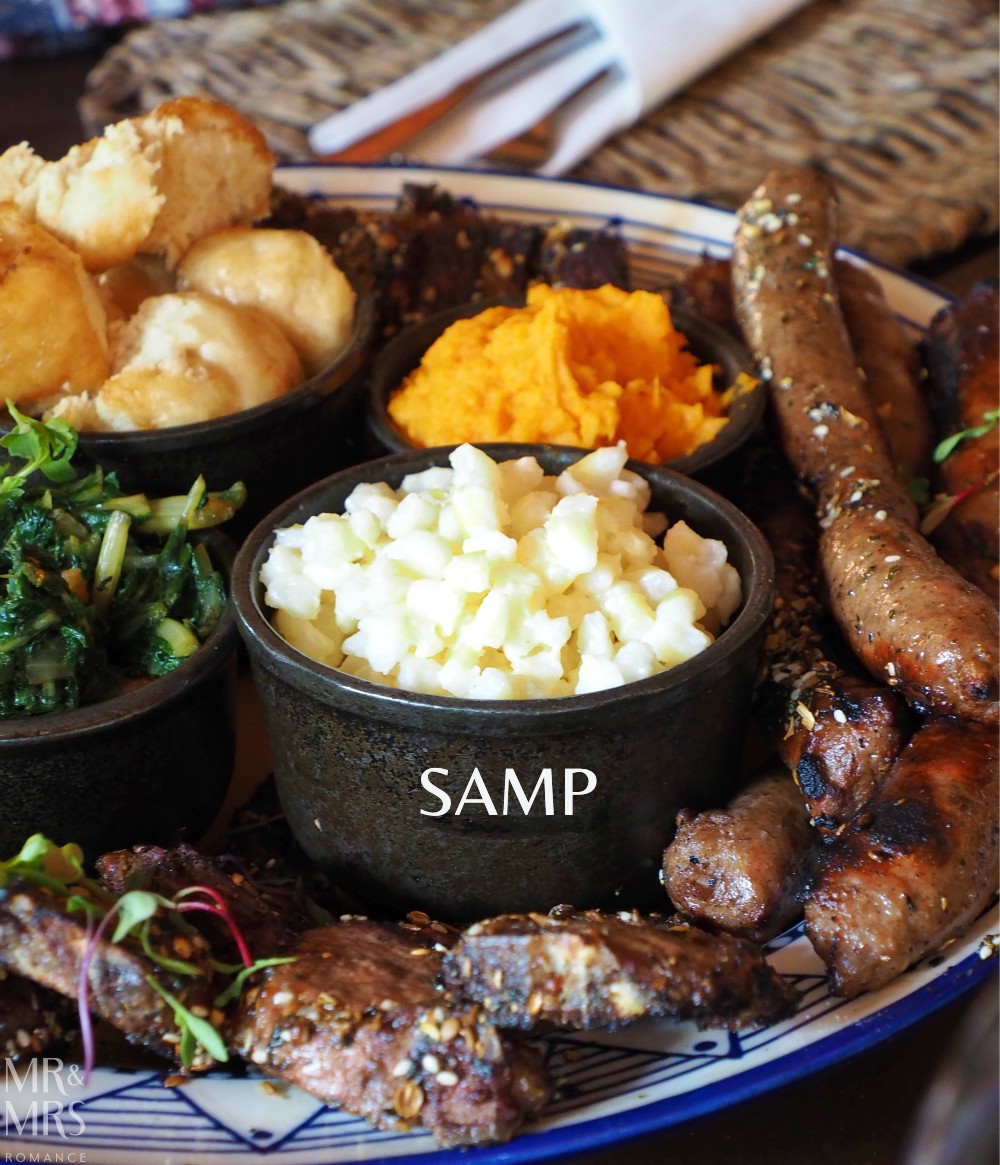 I was mightily impressed with my King Steer burger on our roadtrip through Kwa-Zulu. Say what you want about fast food franchises, this was an excellent burger.

Steers have been going for over 60 years now and have restaurants all over Africa and even in London. I’m hoping they’ll look to Australia next because I don’t know how long I’ll be able to wait for another taste. 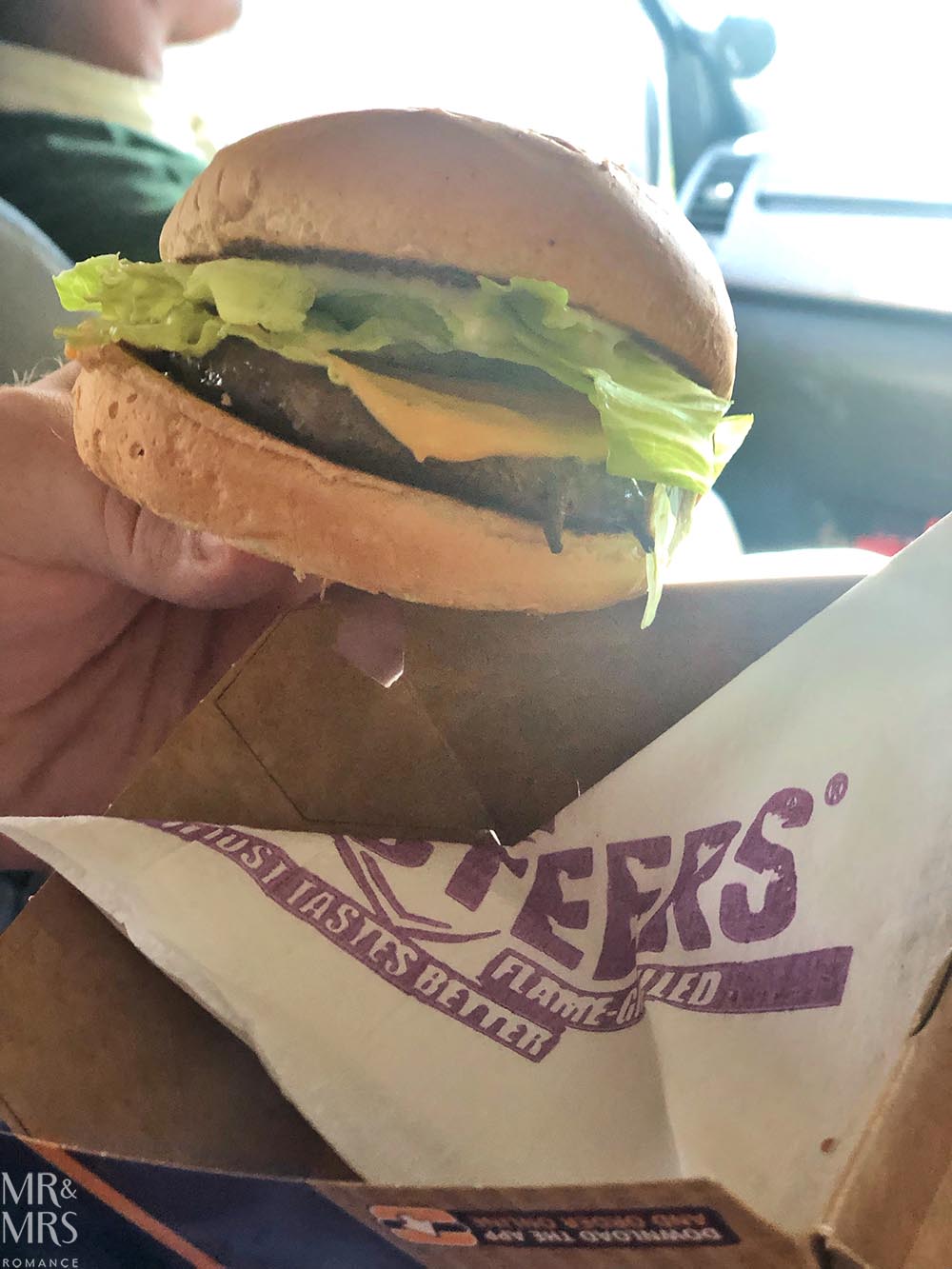 The remarkable range of cuisine, with influences from all over the world and traditional recipes native to the country, make South Africa a tempting destination for those of us who love to travel for the food. 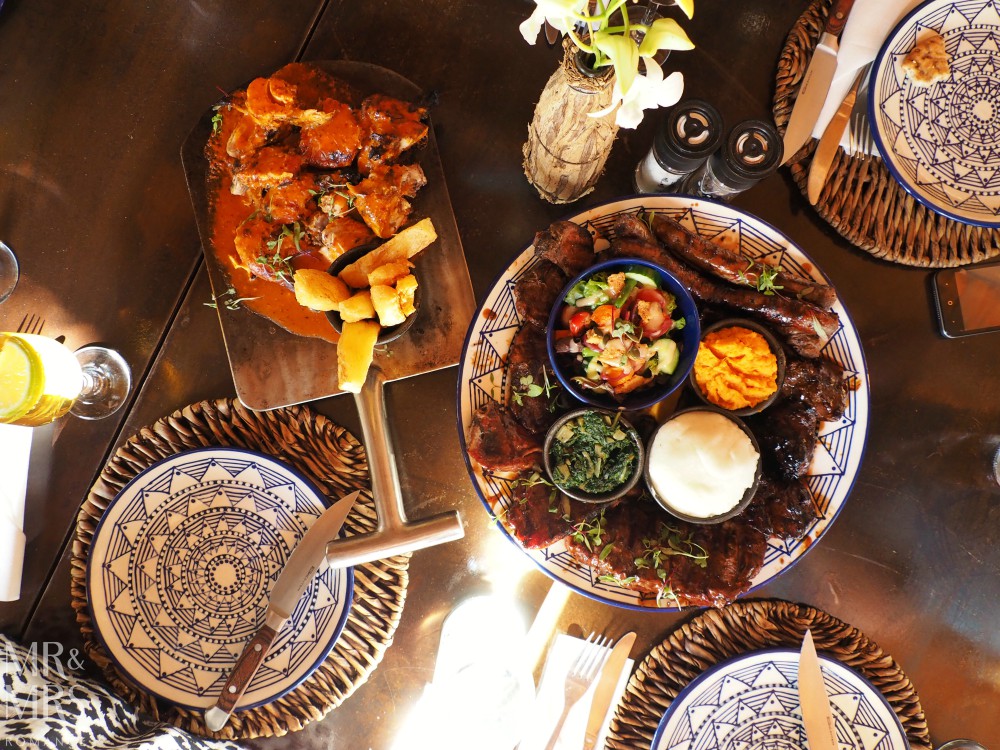 Wine of the month – Gewurztraminer rediscovered

Gewurztraminer has a reputation for being a very sweet white wine and isn’t that popular in Australia. But a cold-climate ‘Gewurz’ challenges both wine…