Home to over 2 million people and covering an enormous 200km² of Johannesburg’s southwestern side, Soweto is an epicentre of culture and community, and is perhaps the clearest optic of what it means to be in South Africa. 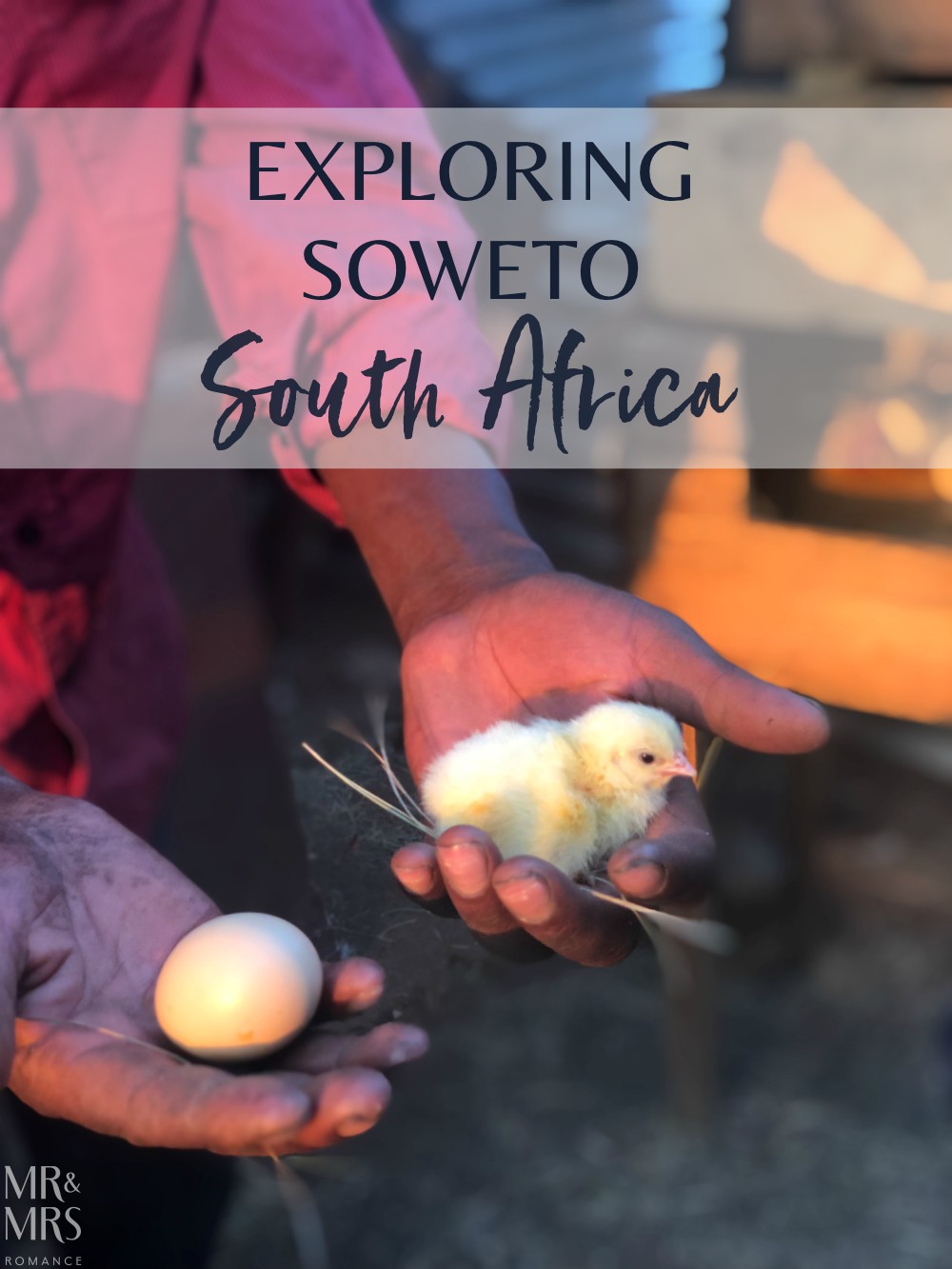 Our tuk-tuk burbles and bounces through the tight alleys and broad streets of Soweto, South Africa’s biggest and oldest township.

As we go, our driver Thando – a Soweto local – talks us through our surroundings, though she’s often interrupted with cheery greetings of “sharp-sharp!” and waves from passers-by.

Soon, we’re waving back and high-fiving laughing kids who come close to the muddy curbs as we zoom by. 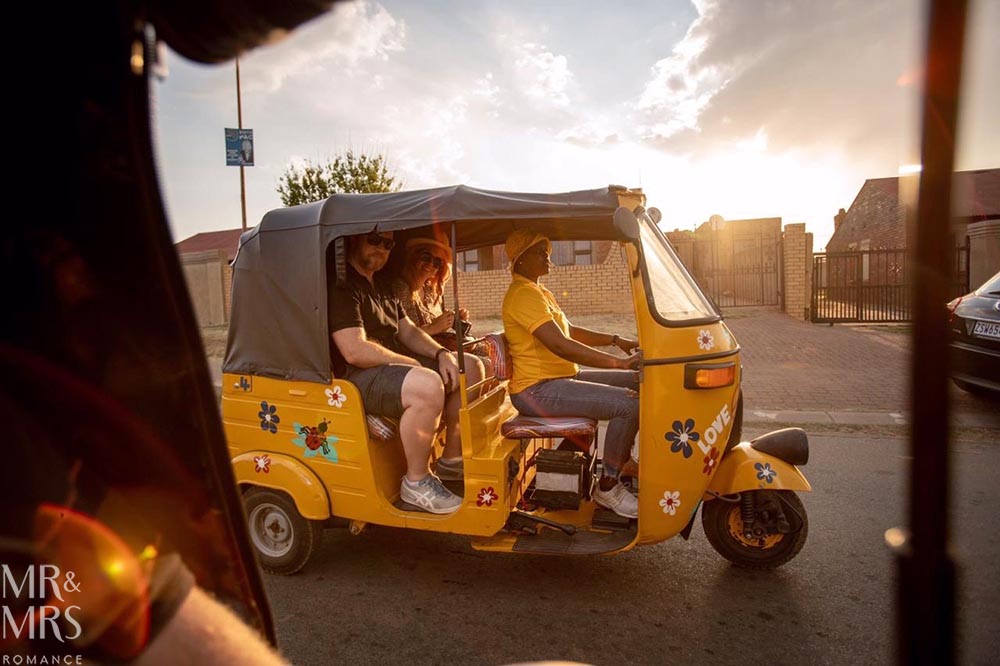 Thando skilfully guides our bright yellow bug around potholes and open drains that cleave the road like deep scars.

And although there are smiles and waves here now, you can tell it hasn’t always been like this.

Soweto’s dark past and the horrors these streets have seen have caused the deepest scars of all.

Soweto – the city within a city

In the 1930s – 10 years before the official start of Apartheid – the South African government began separating black Africans and moving them away from Johannesburg. So began the ‘townships’ and the genesis of Soweto.

The townships – basically forced slums – southwest of the city became ever more populated and borders blurred. 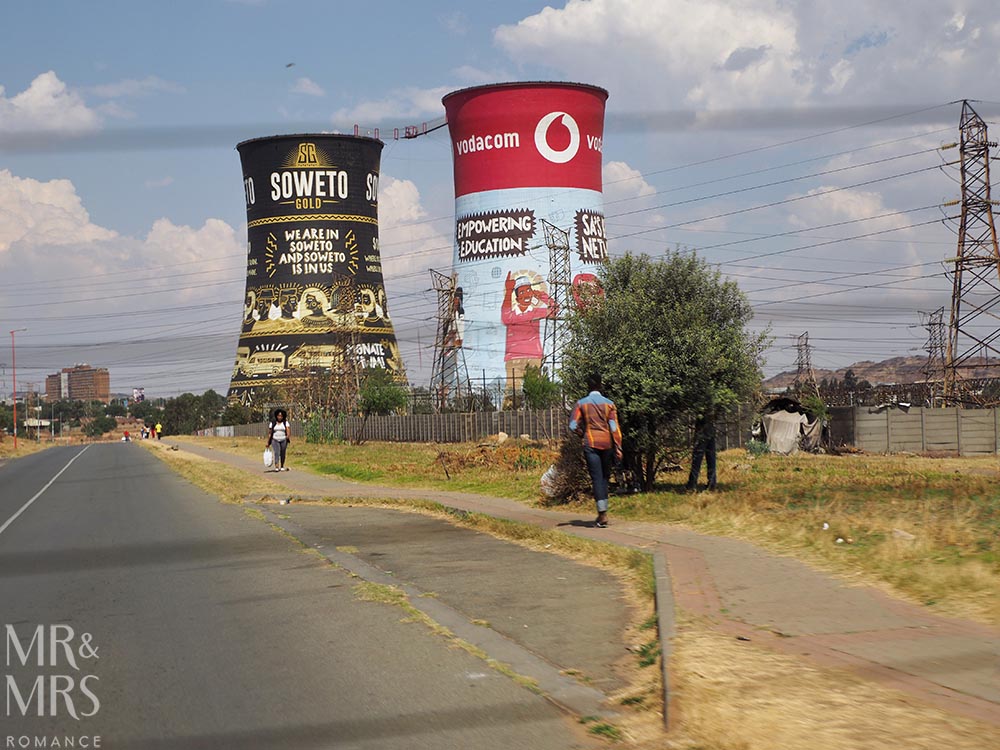 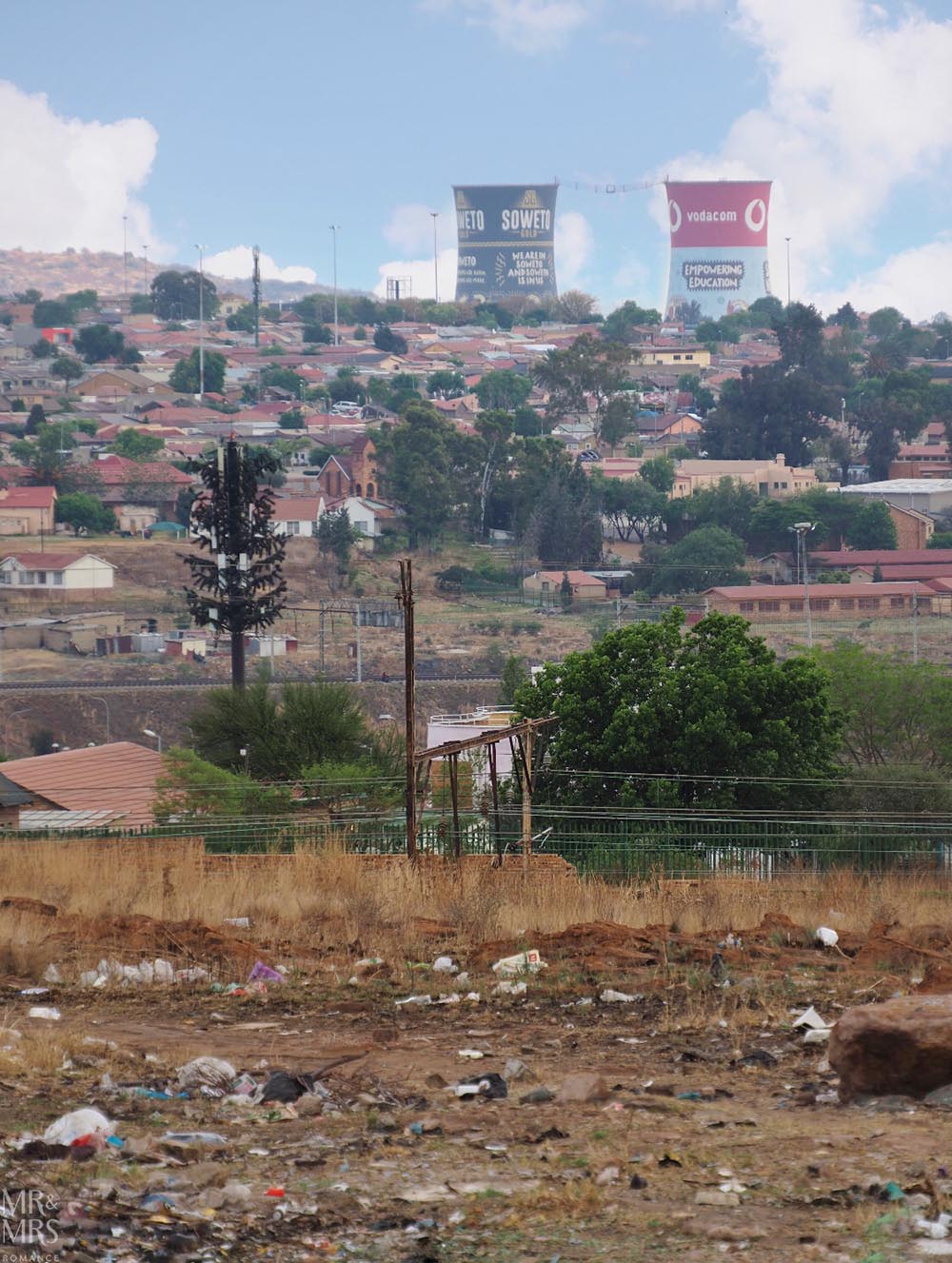 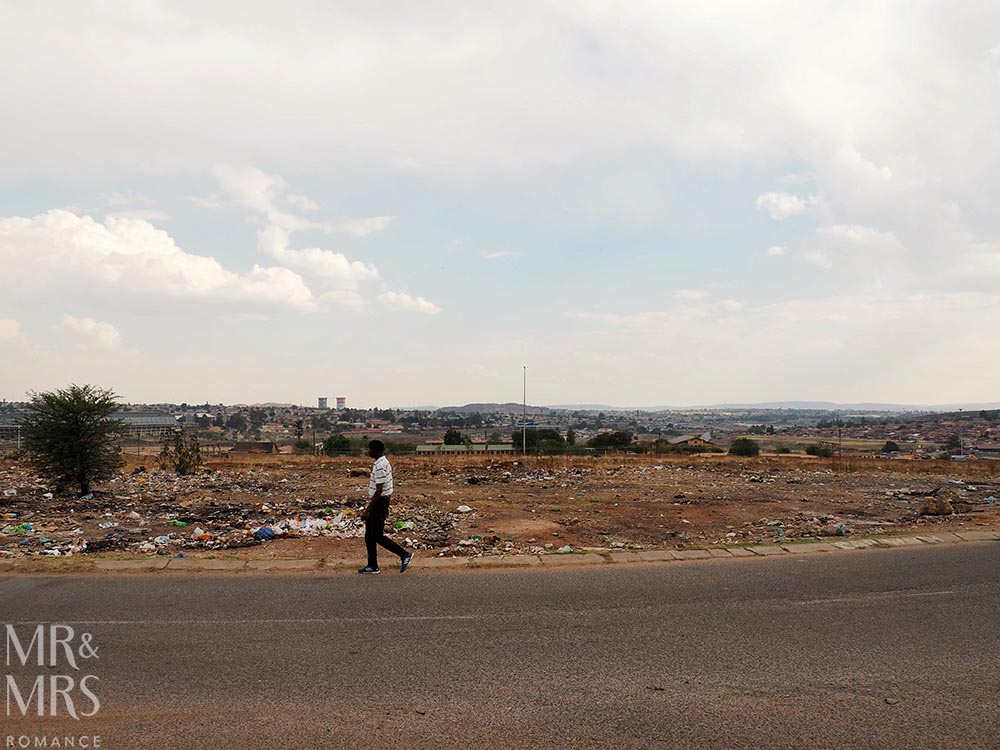 In 1959, the government came up with the abhorrent concept of a competition to name the area. As if things weren’t inhumane enough.

But the name Soweto stuck. 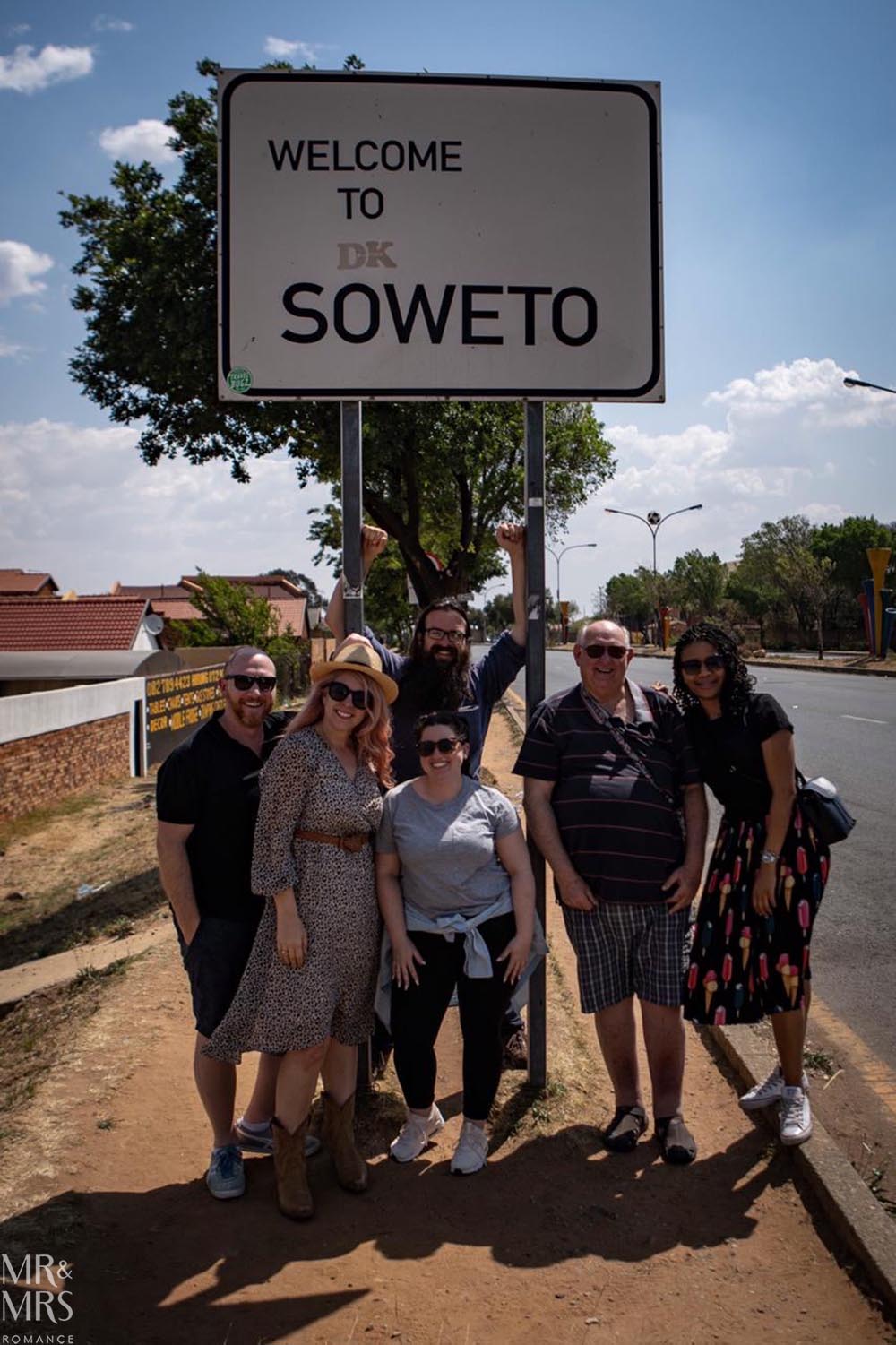 Lebo Malepa, owner and founder of Lebo’s Soweto, first started running tours of the township – the neighbourhood he grew up in – at the turn of the century.

He saw buses of tourists coming to Soweto on what we’d see as poverty tourism now while selling crafts at the Hector Pieterson Memorial, just up the road from Nelson Mandela’s house.

Lebo decided visitors should see the real Soweto and learn about life here rather than staring through the windows of a coach at the people they’d never get to meet down below.

From there, he began bicycle tours of Soweto, bringing tourists even closer to his community, and then turned his family home in the northwest of the township into a hostel. 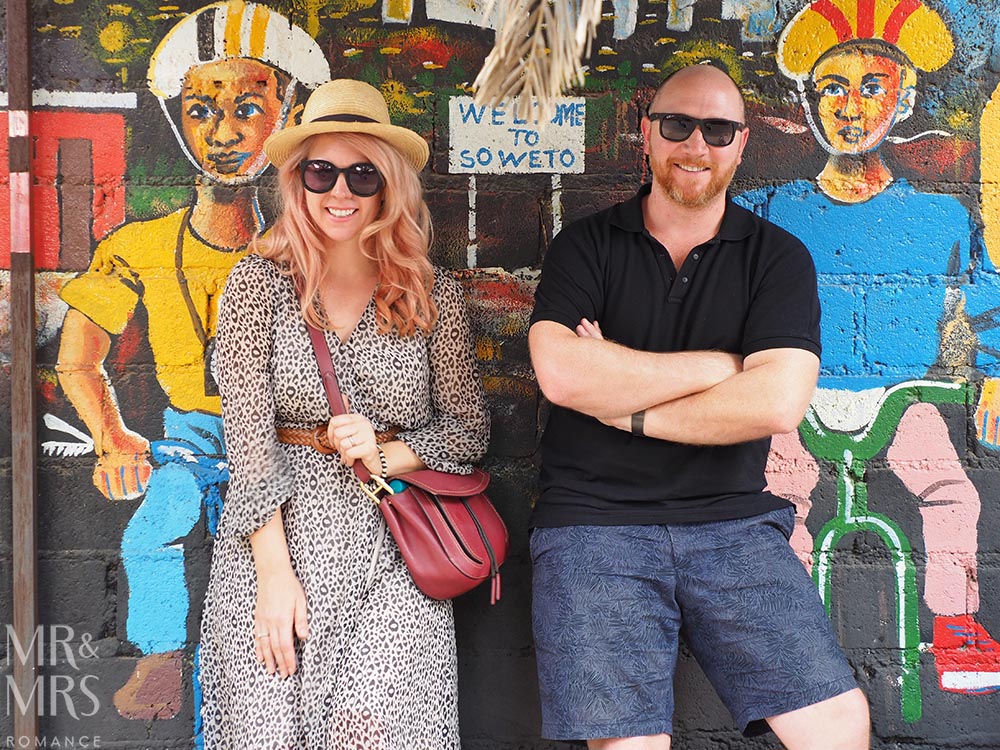 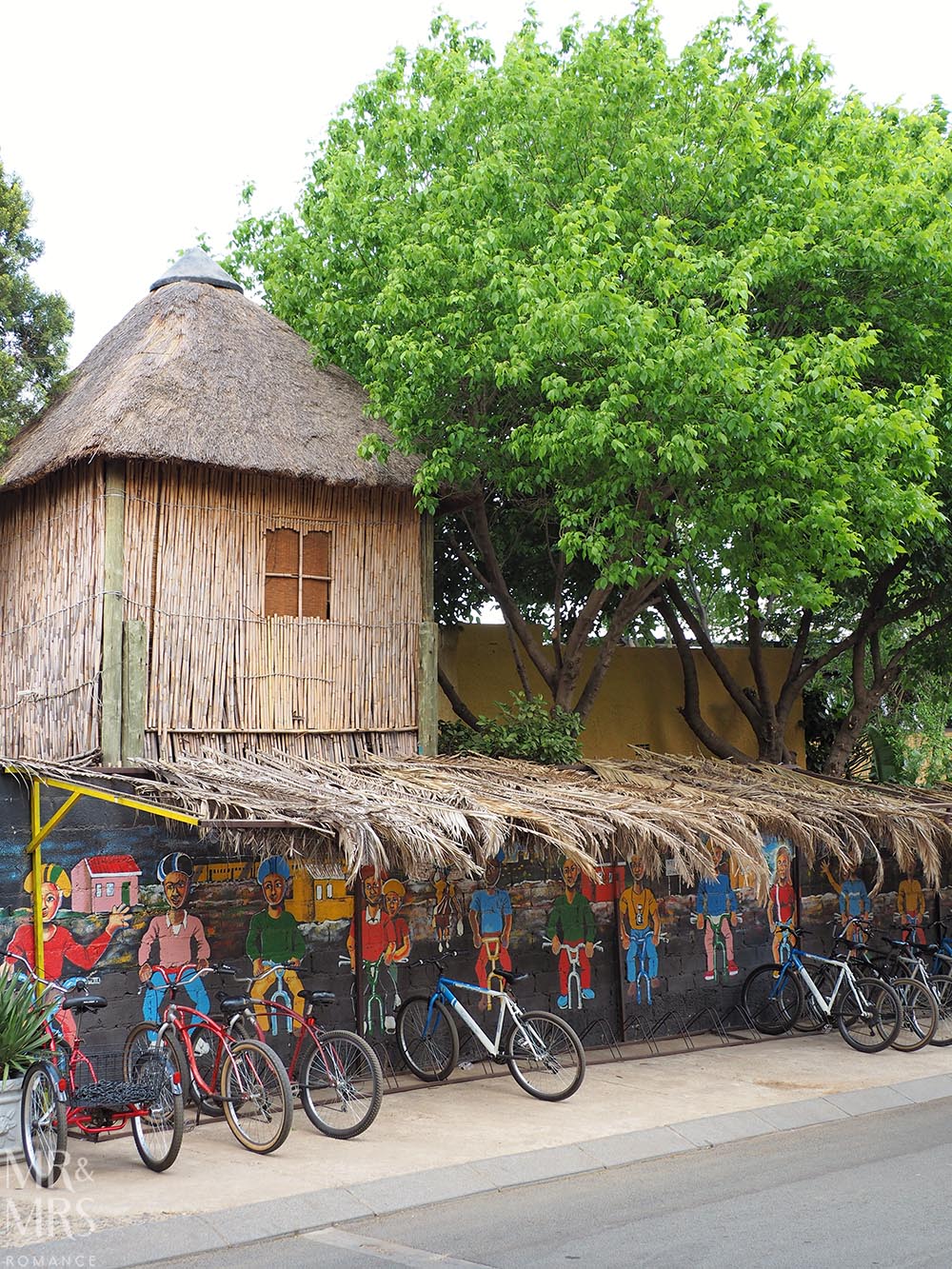 These days, Lebo also has tuk-tuks that run tours across Soweto. The tours take you further into the neighbourhood than walking or cycling can but still allow you to feel the ethos of the township.

Locals recognise the bright yellow tuk-tuks and respond well to visitors, knowing that the money is staying in Soweto and that the intention for coming here is good. Anecdotally, we hear stories from locals who used to feel angry about the coaches coming to Soweto; they felt like animals in a zoo. 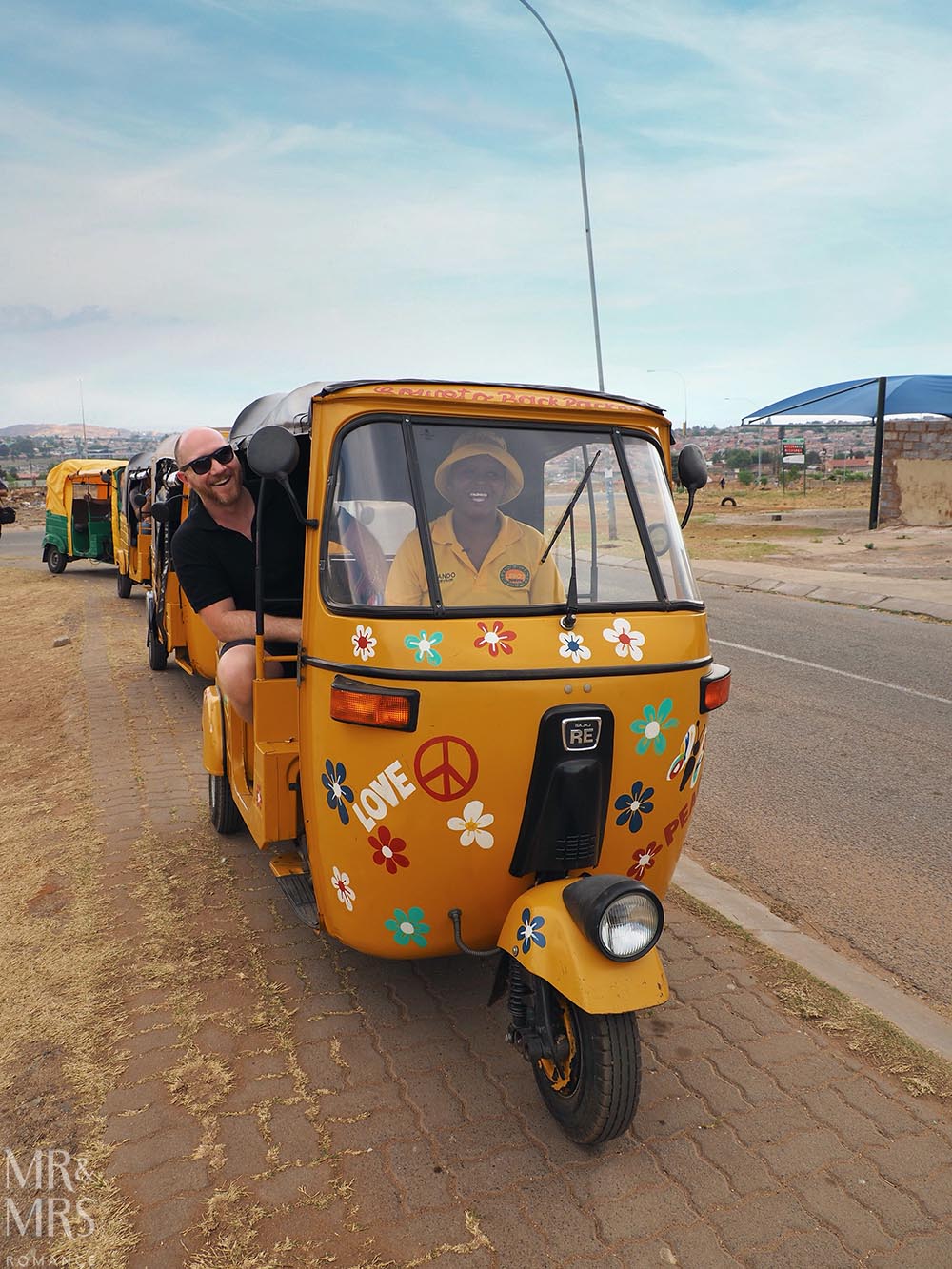 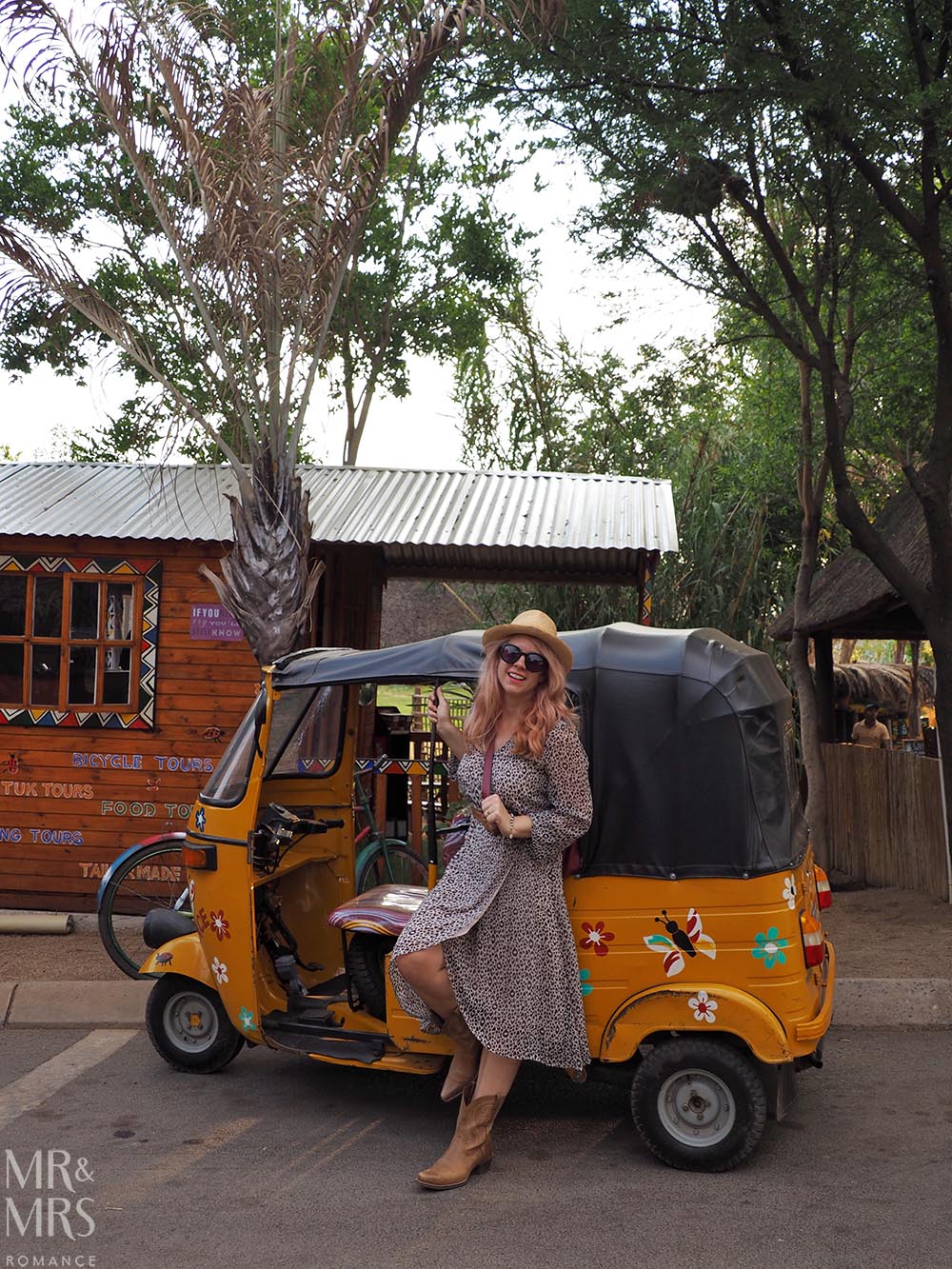 From Lebo’s Backpackers, Thando drives our tuk-tuk through many different parts of Soweto, stopping regularly where we can get out and Thado tells us more about life here.

Curious children come up to us, wanting a high five or even a hug. Others climb into our empty tuk-tuk with a cheeky grin.

We’re taken to the poorest parts of the township. And bearing in mind Soweto didn’t have power until the 1980s, life here is tough to say the least. Streets are mere dusty tracks and houses are no more than a few pieces of corrugated metal pushed together.

Still, folks here smile and are welcoming, their children are healthy and cleanly dressed, and the sense of community is strong.

Although poverty is clearly an issue, futility is not. 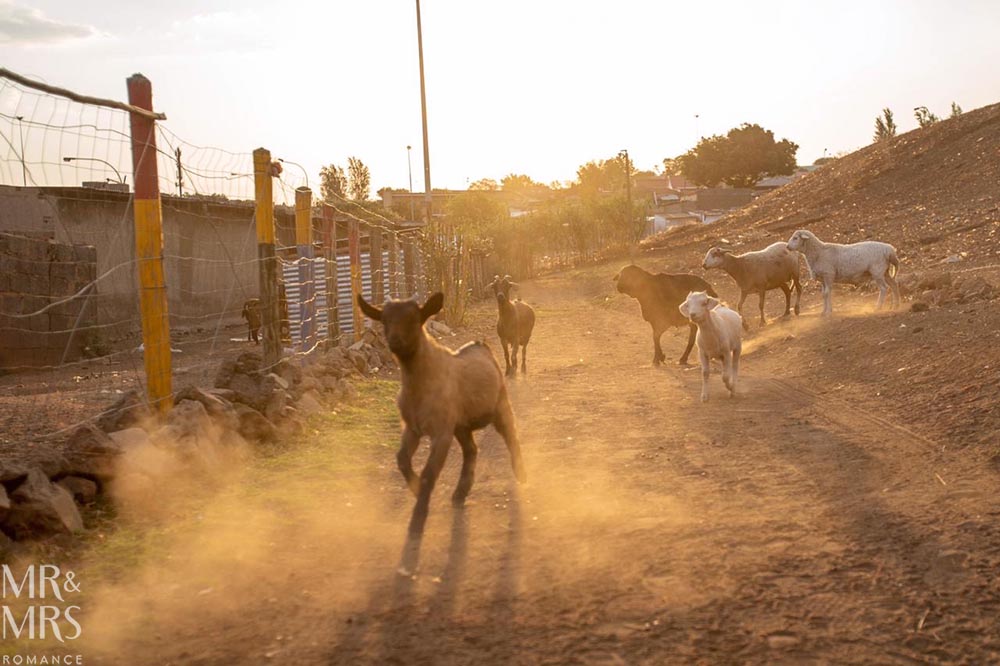 House of a hero

Our tour culminates in a visit to Nelson Mandela’s house. It’s on a famous street – Vilakazi Street. It’s the only street in the world where two Nobel Peace Prize winners have lived. Both Mandela and Desmond Tutu were from Soweto.

Mandela’s house is an interesting museum of his life, though if you want a fuller story of him, the Apartheid Museum closer to town has more. 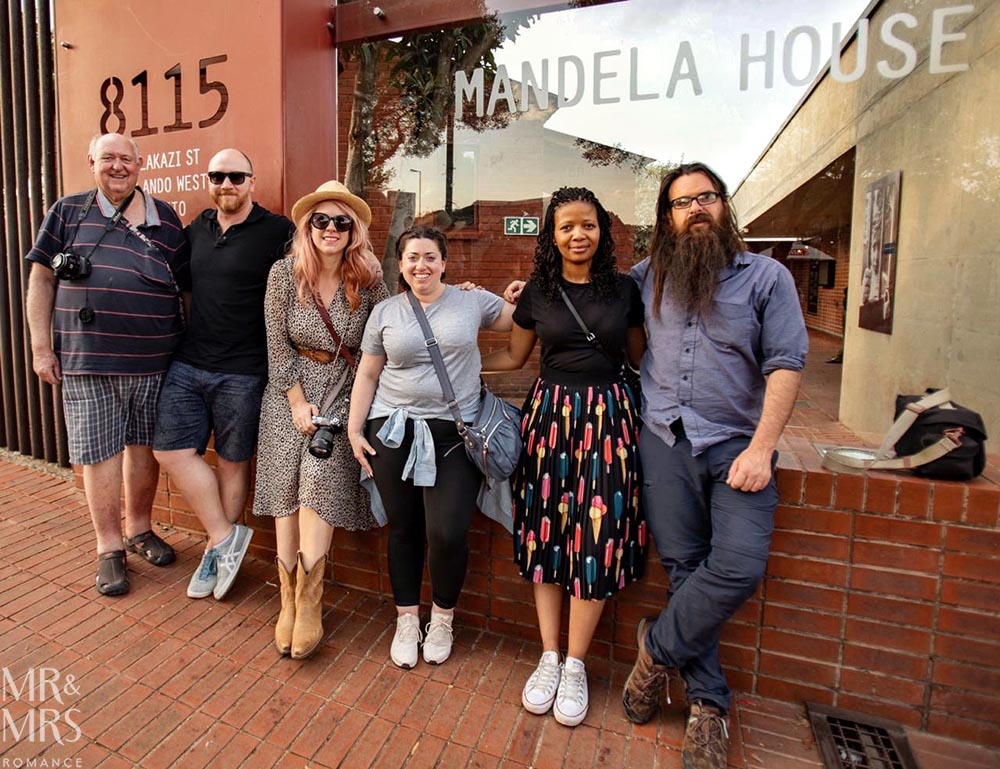 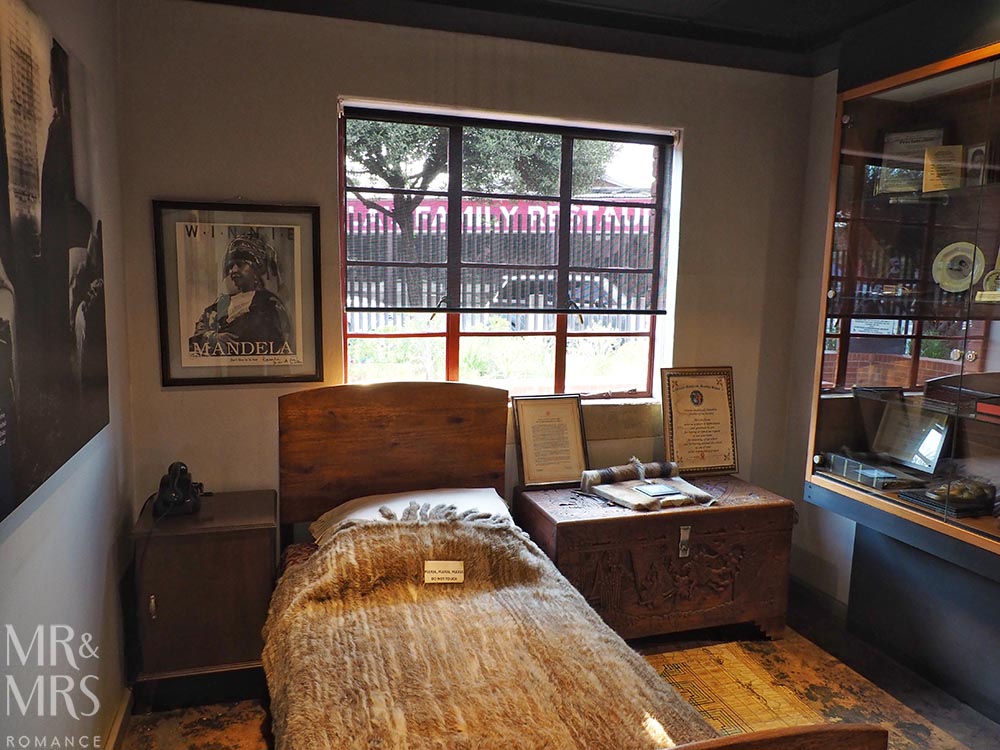 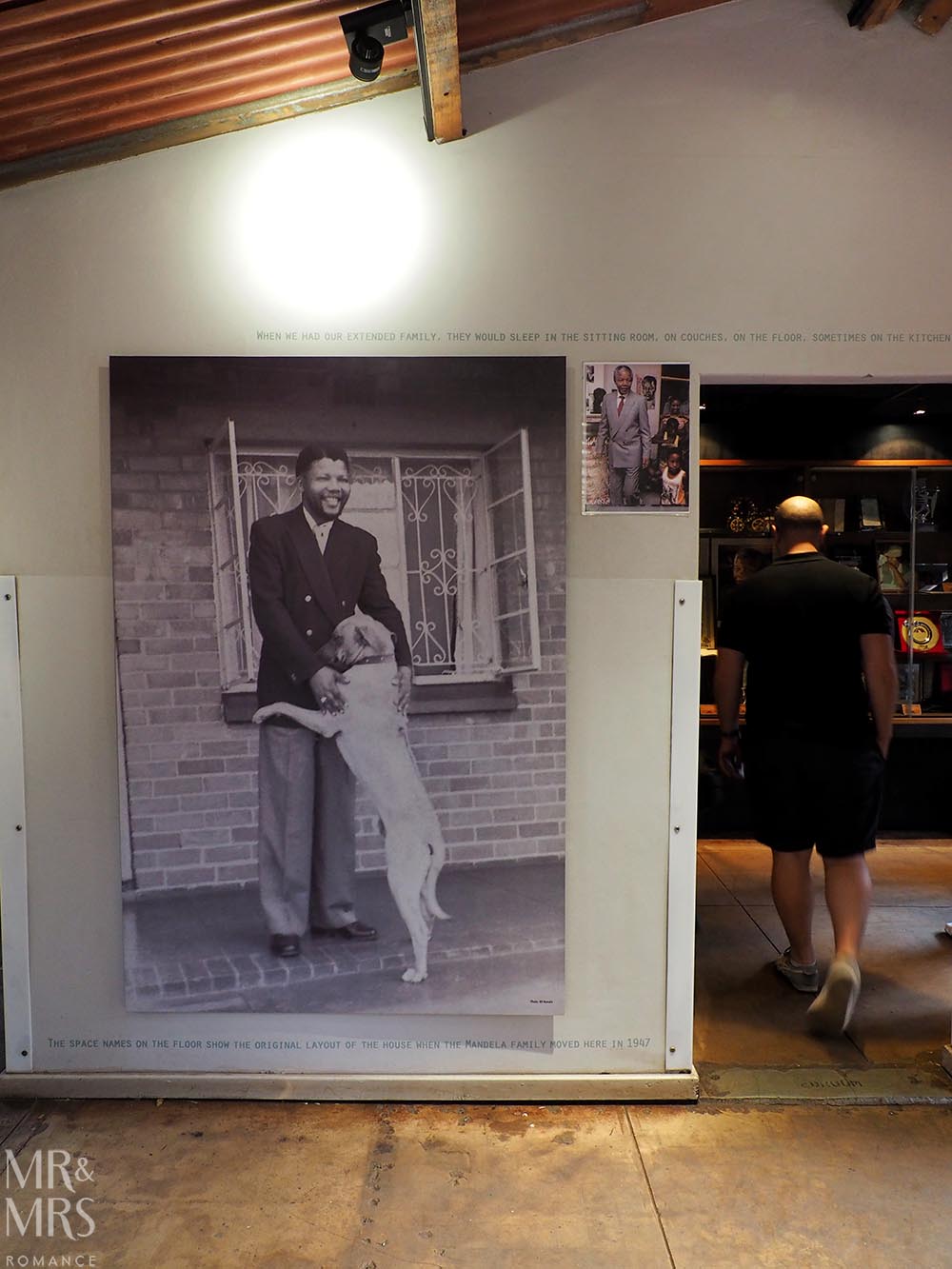 The house has a lot of information about Nelson’s wife Winnie. In fact, she spent more time here alone with their daughters while he was in prison, constantly under attack from the police. There are stories of her hiding behind furniture while officers shot into the house from the street.

Horrendous stories and ones we should all know. 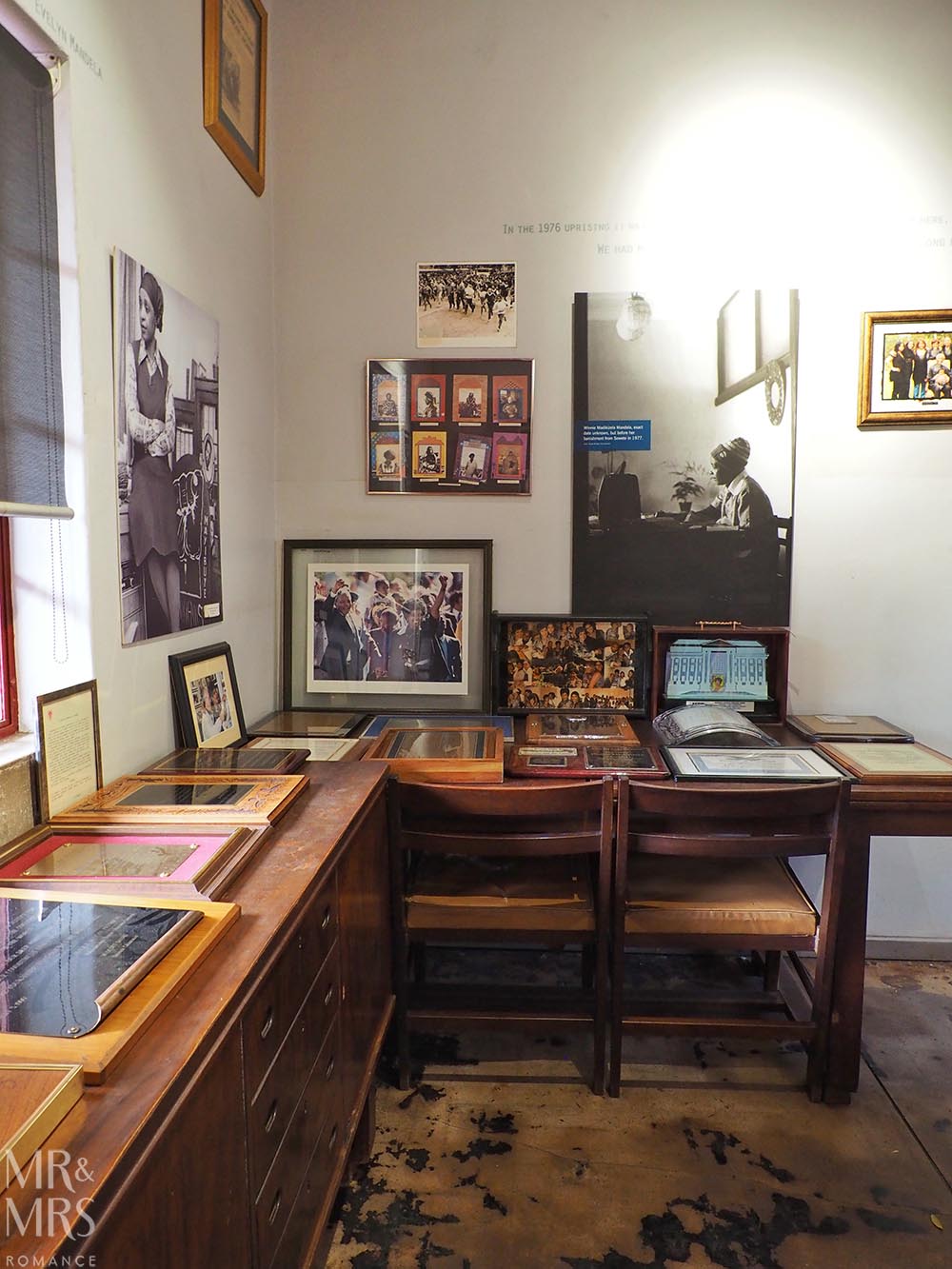 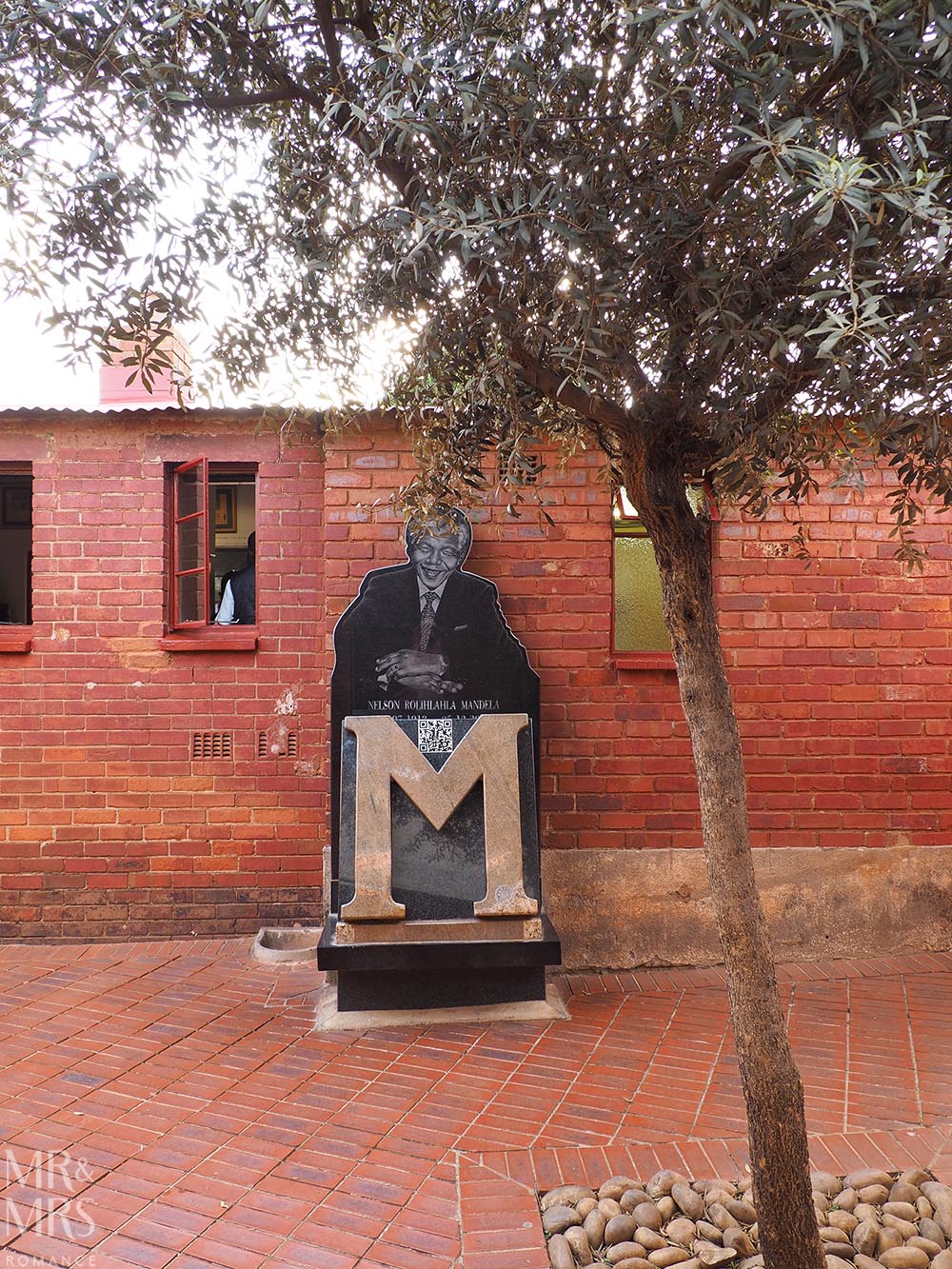 Back at Lebo’s place for tea and a tale

We drive back to Lebo’s house, our bright yellow tuk-tuk a motorised Pac-Man, dodging left and right with past ghosts close behind. 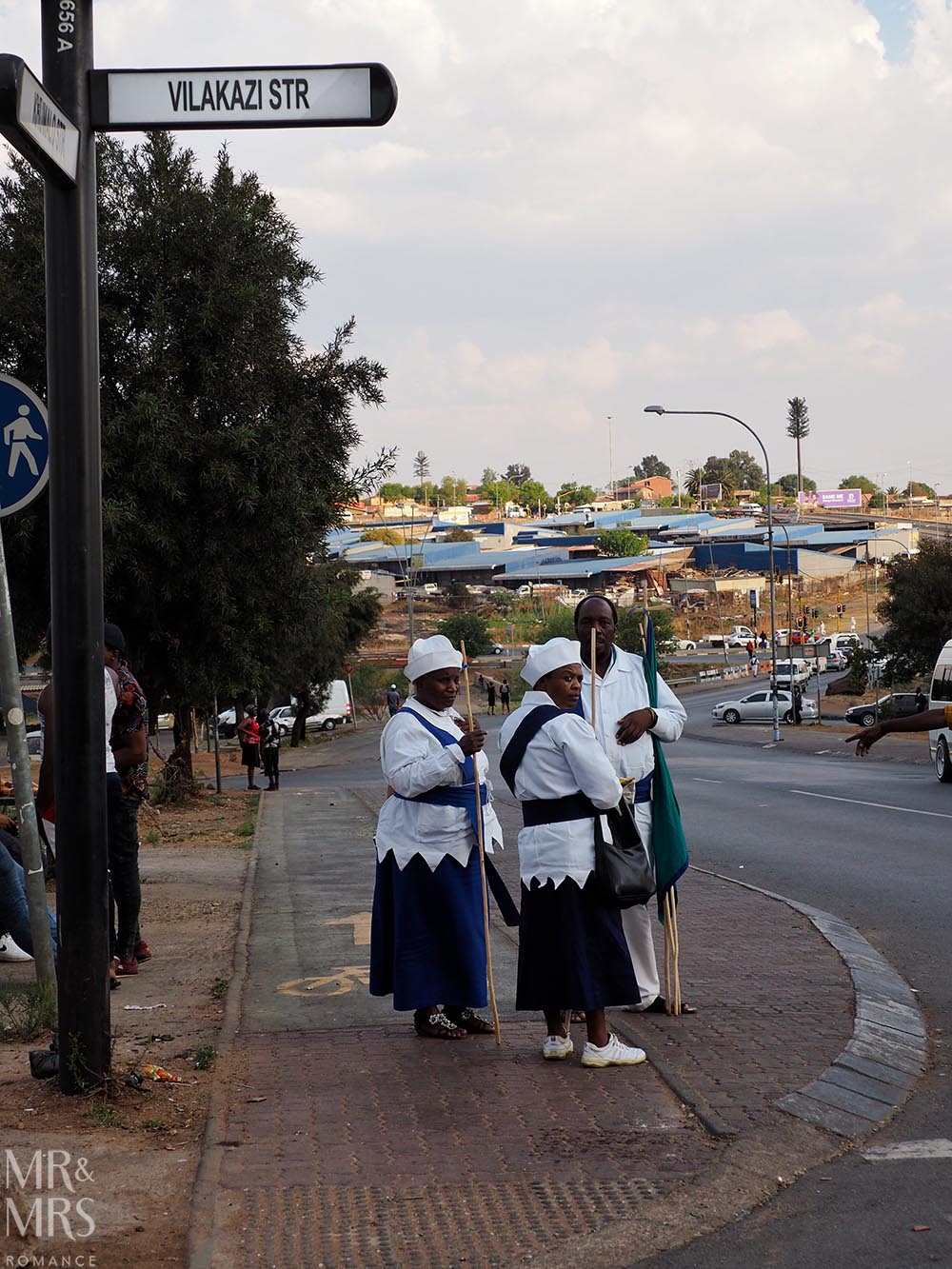 It’s almost time for dinner, a communal affair in the garden bar across the road. Cooking on open fires, huge blackened pots are full of stews bubble away, and the buffet of vegetables grown in Lebo’s garden. 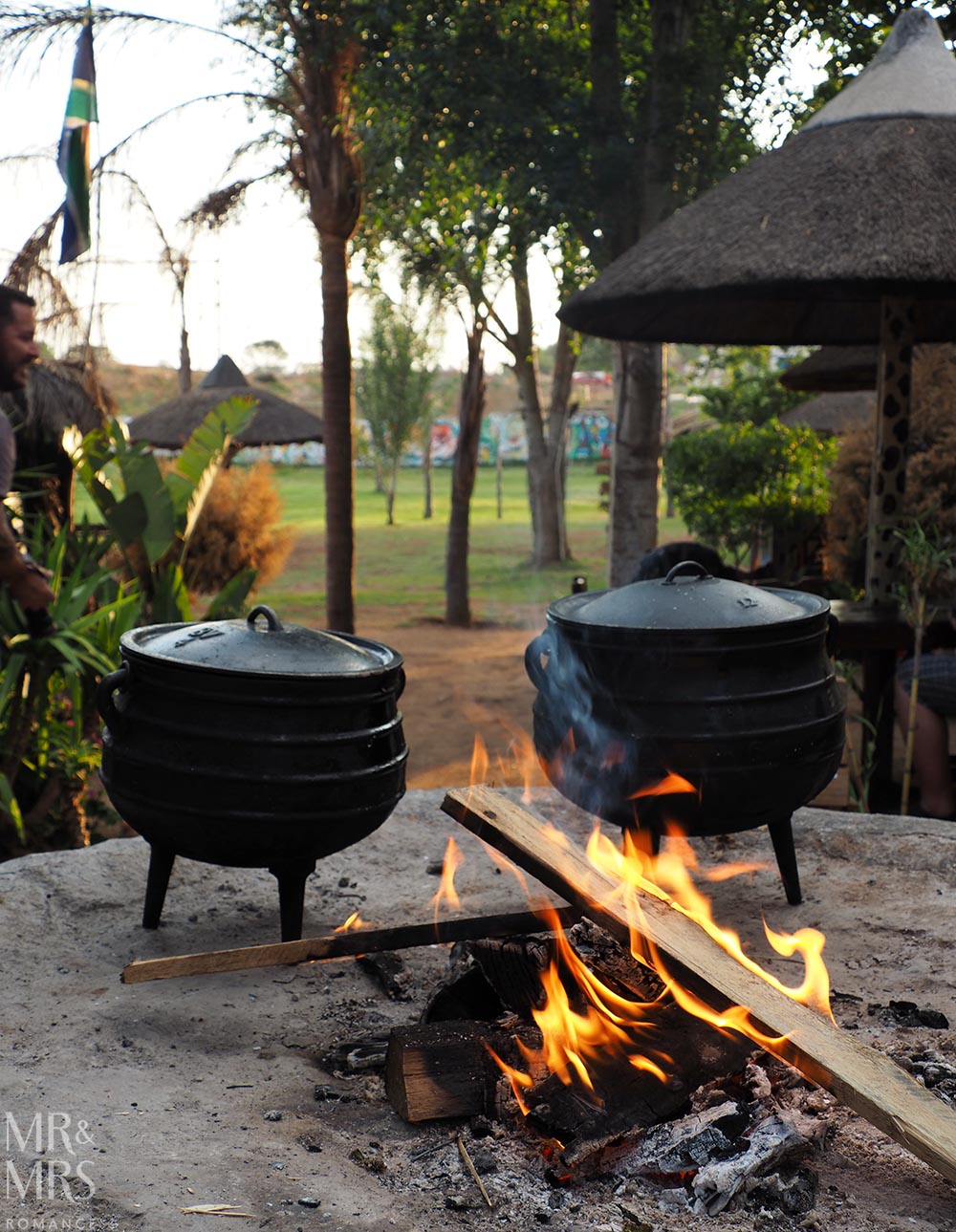 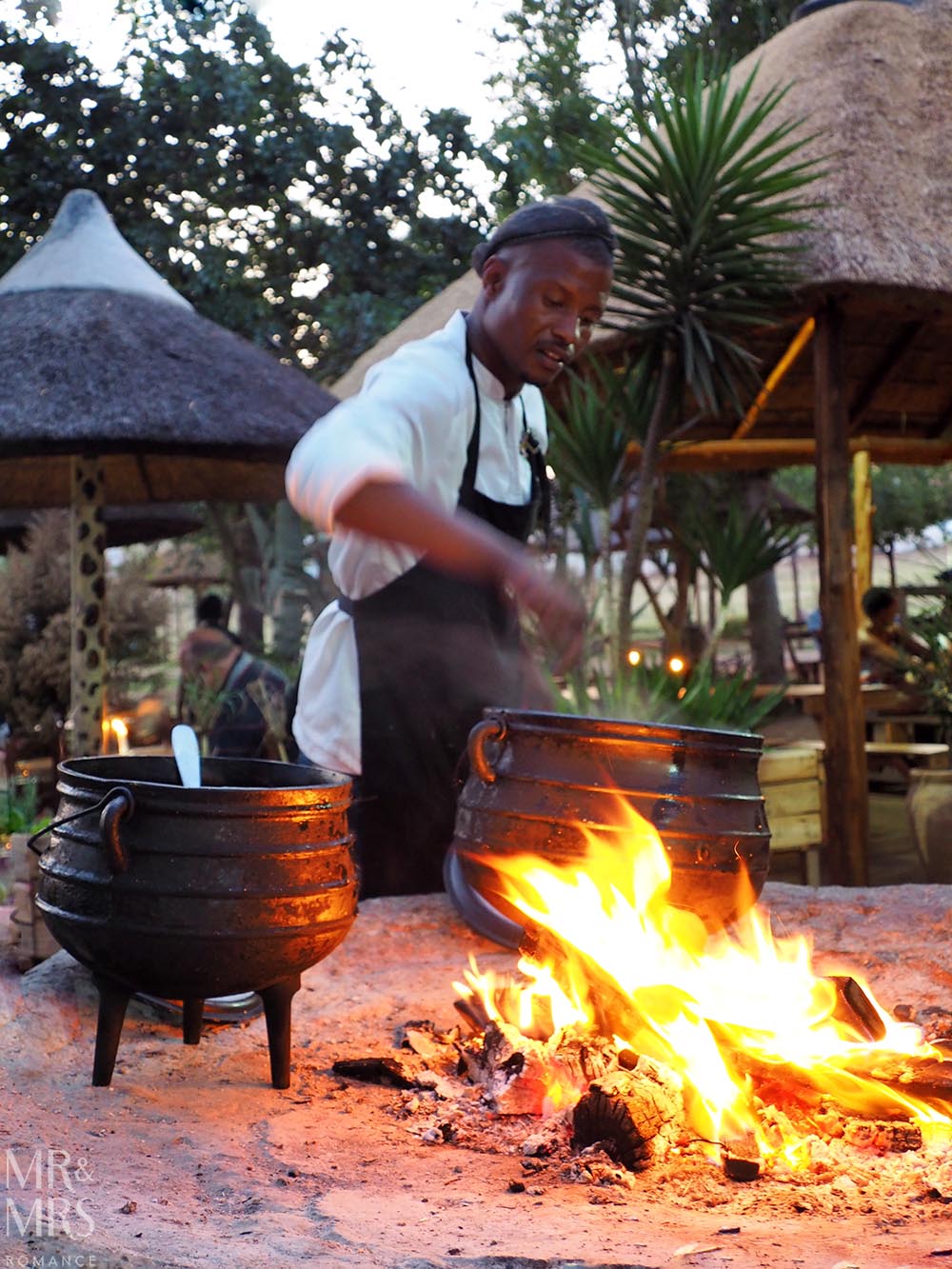 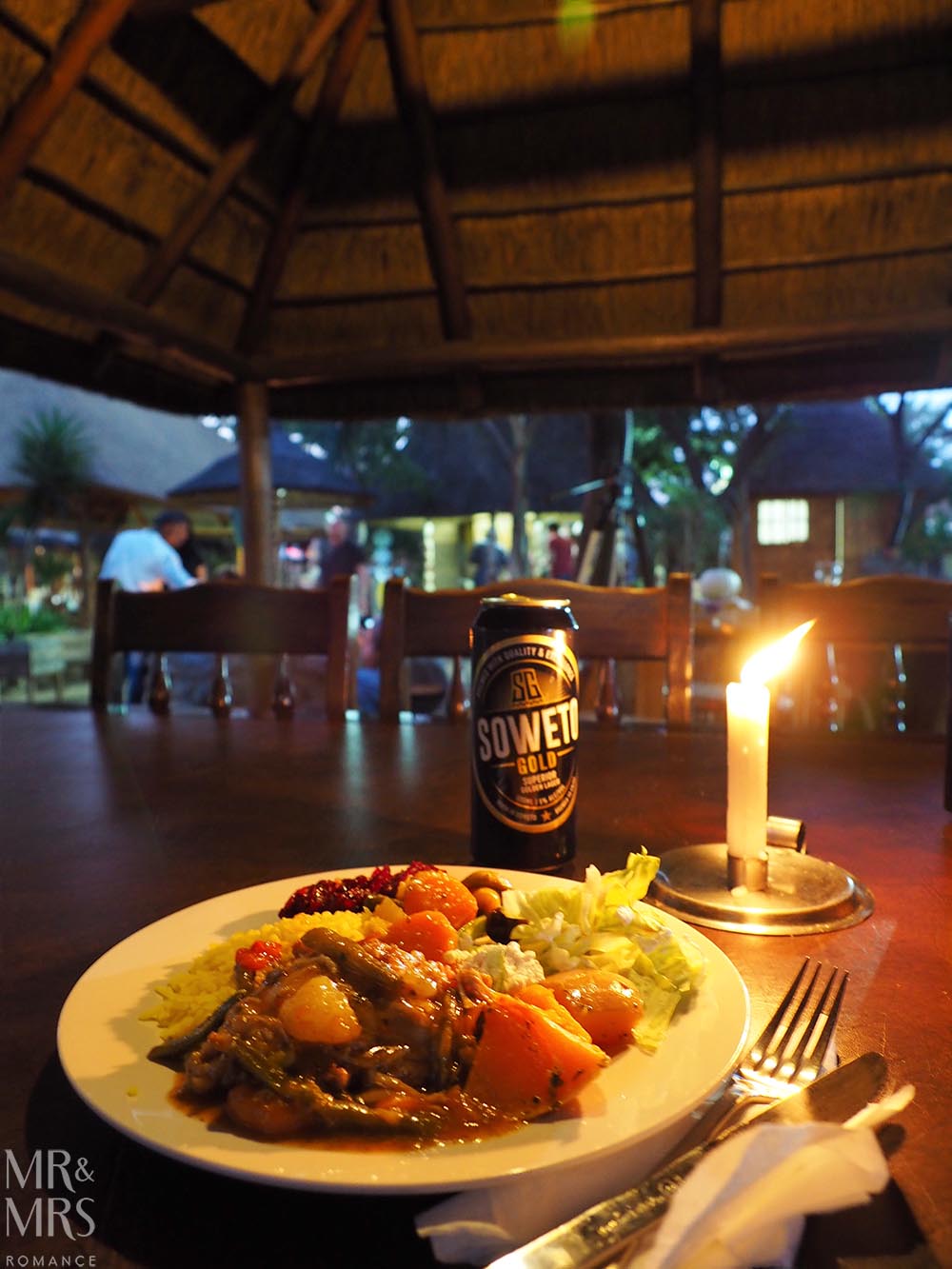 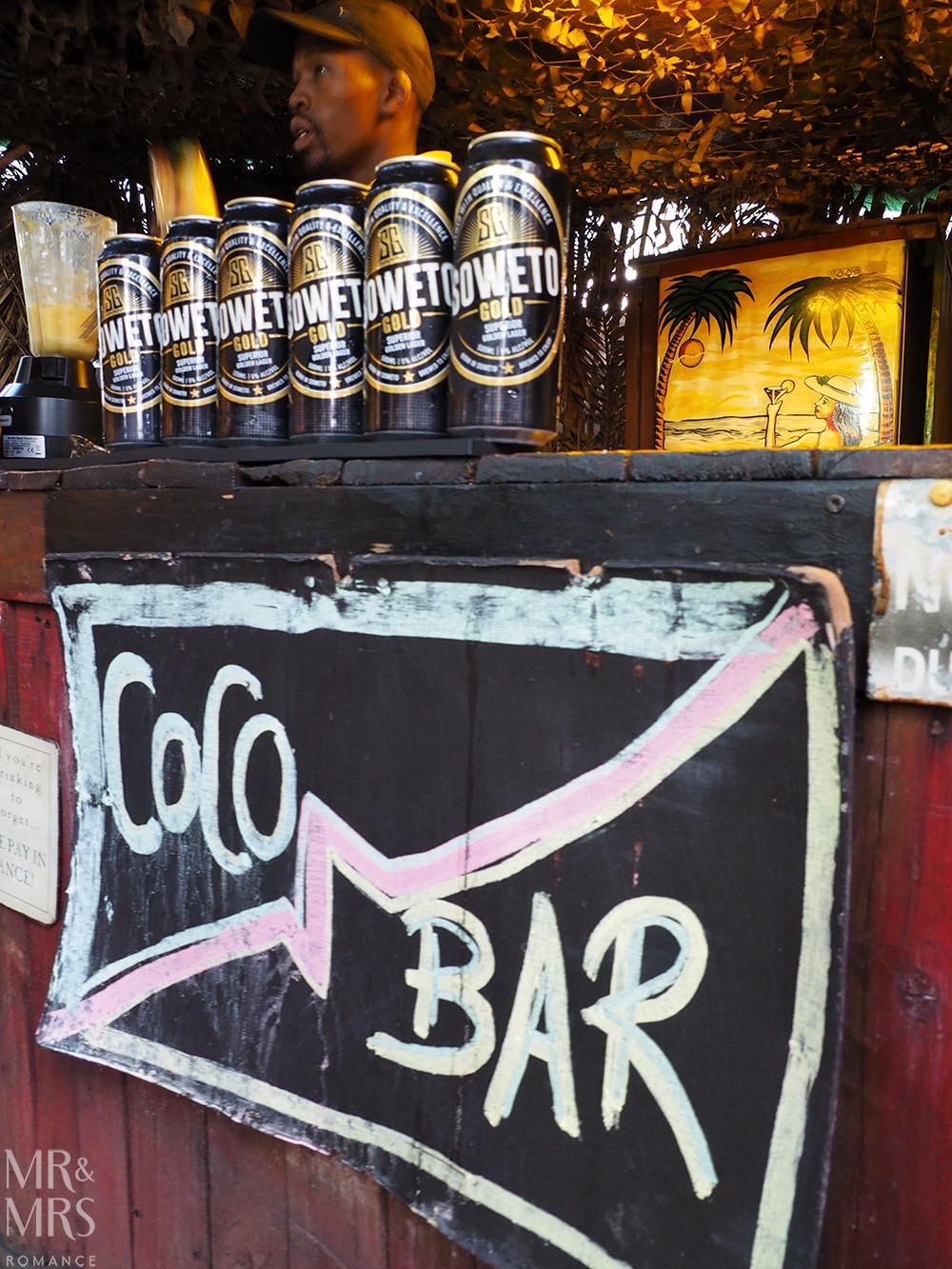 For once, our timing is perfect. We’re in Soweto for the last Thursday of the month, and at Lebo’s that means storytelling.

We sit around a big bonfire, sipping our Soweto Golds and listen Antoinette Sithole tell her story. The sister of Hector Pieterson, Antoinette was there the day he died on 16th June 1976 – one of the most important incidents during Apartheid.

Hector had been shot. He was only 12 years old. 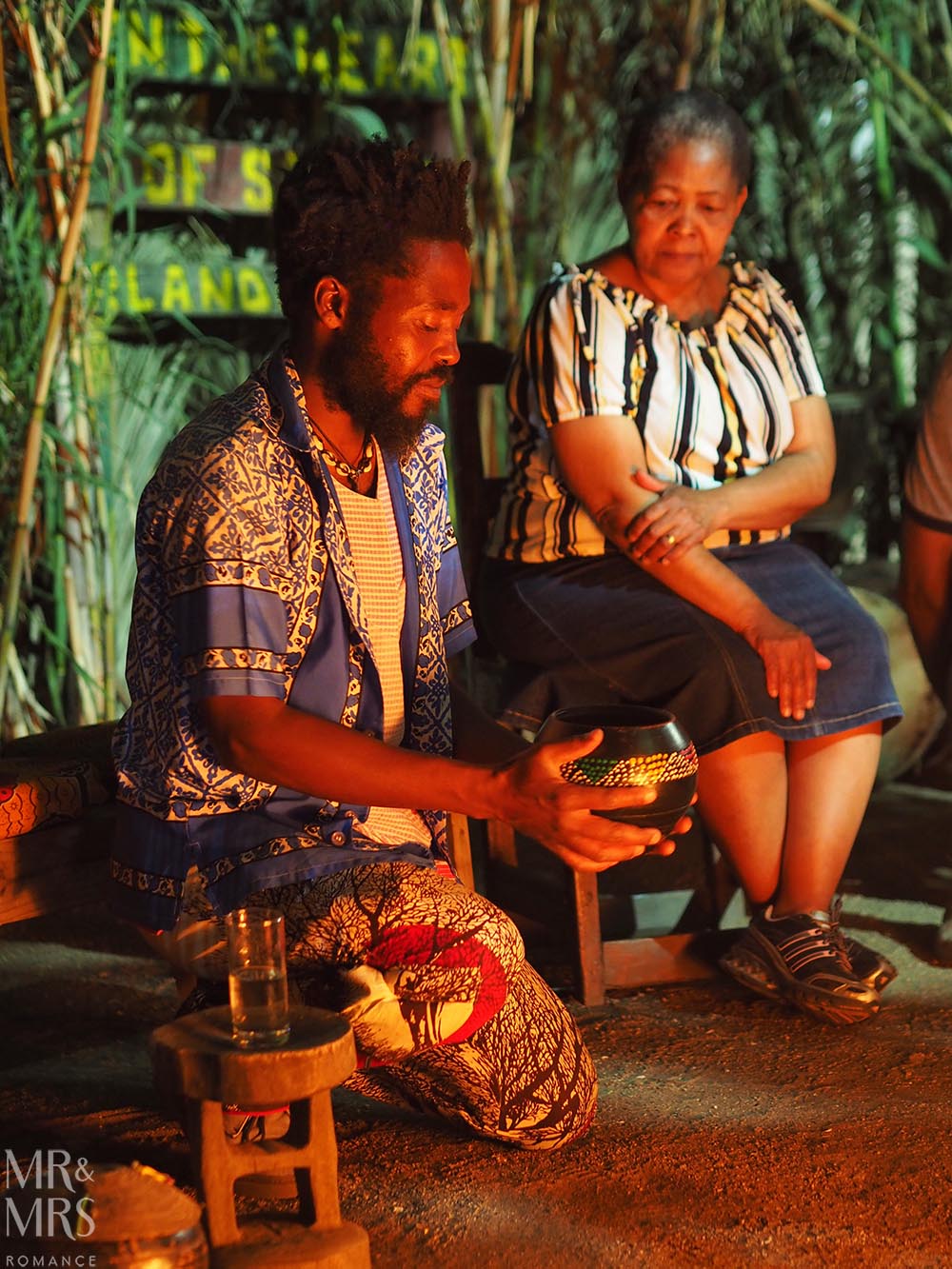 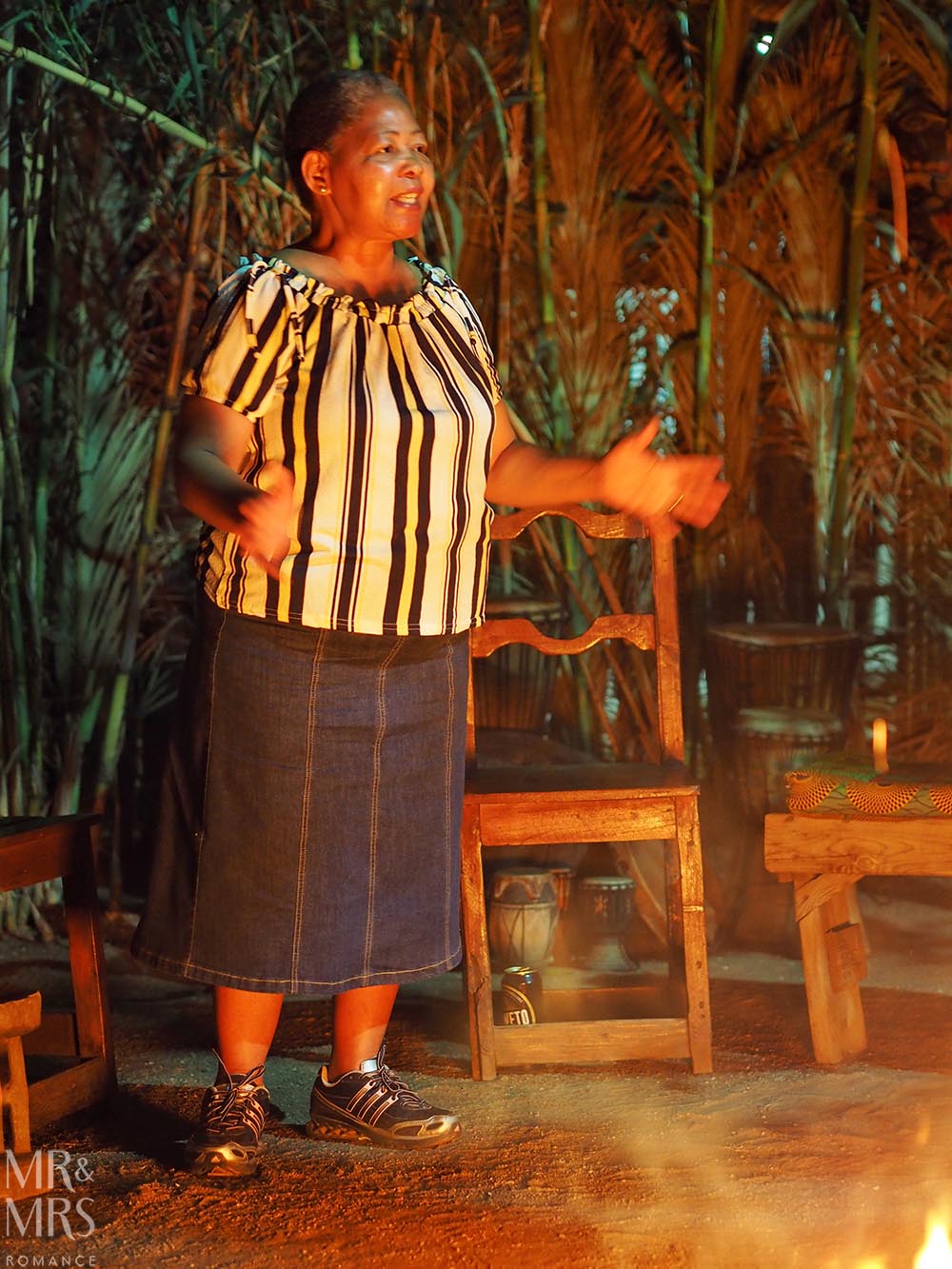 Hearing Antoinette tell her story in this setting and in this place is both haunting and empowering. I just wish I were here on the last Thursday of the month again.

Sam Nzima’s photograph of Hector’s body being carried away by Mbuyisa Makhubo with Antoinette in tow became an icon for the uprising and brought about international condemnation of the Vorster Government. 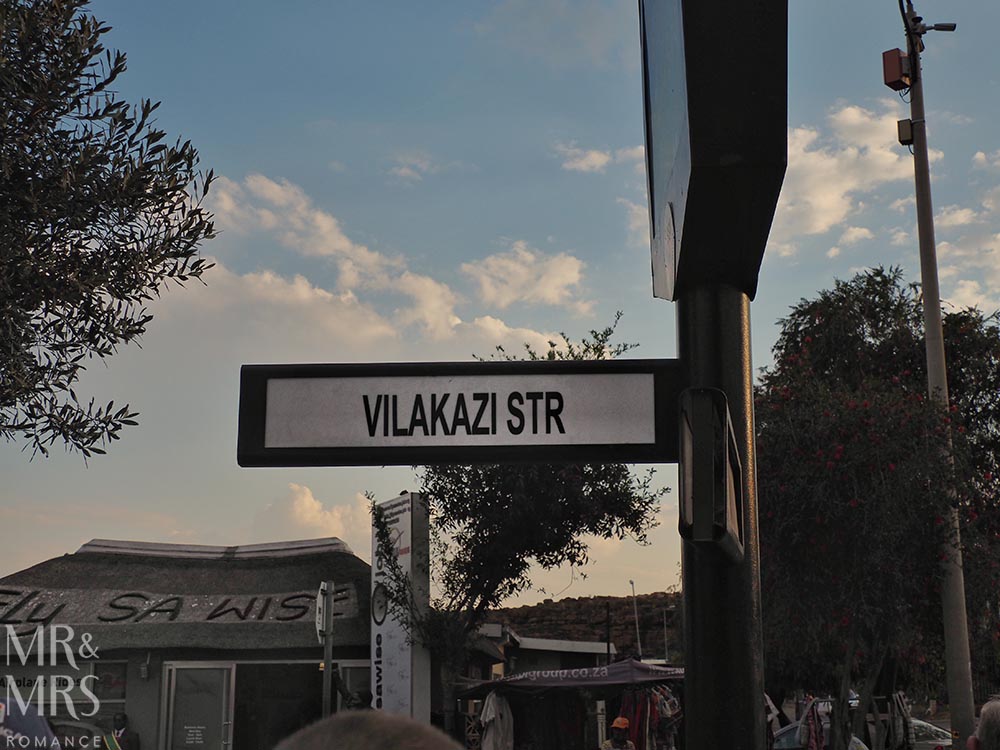 Soweto – more than just a slum

Many people who hear of Soweto but haven’t seen it with their own eyes might think of it as a township full of poverty and sadness.

It’s so much more than that.

There’s an incredible sense of community here. And it’s a sense that locals are willing to share. Hearing stories from the mouths of people who actually lived through Apartheid is so much more meaningful than reading it in a book.

The tourism industry is finally getting it right and allowing the vision of those like Lebo to make some good come of the darkness that brought about the townships.

And of course there’s a selection of great wine you’d expect in South Africa. They even have some good Cuban cigars here! 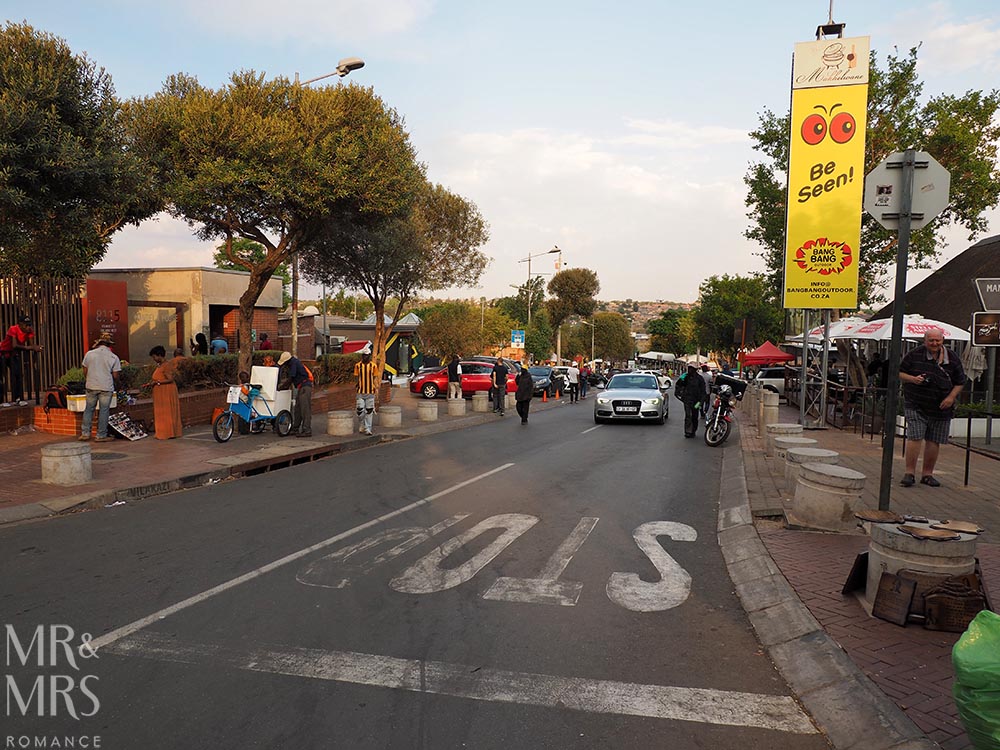 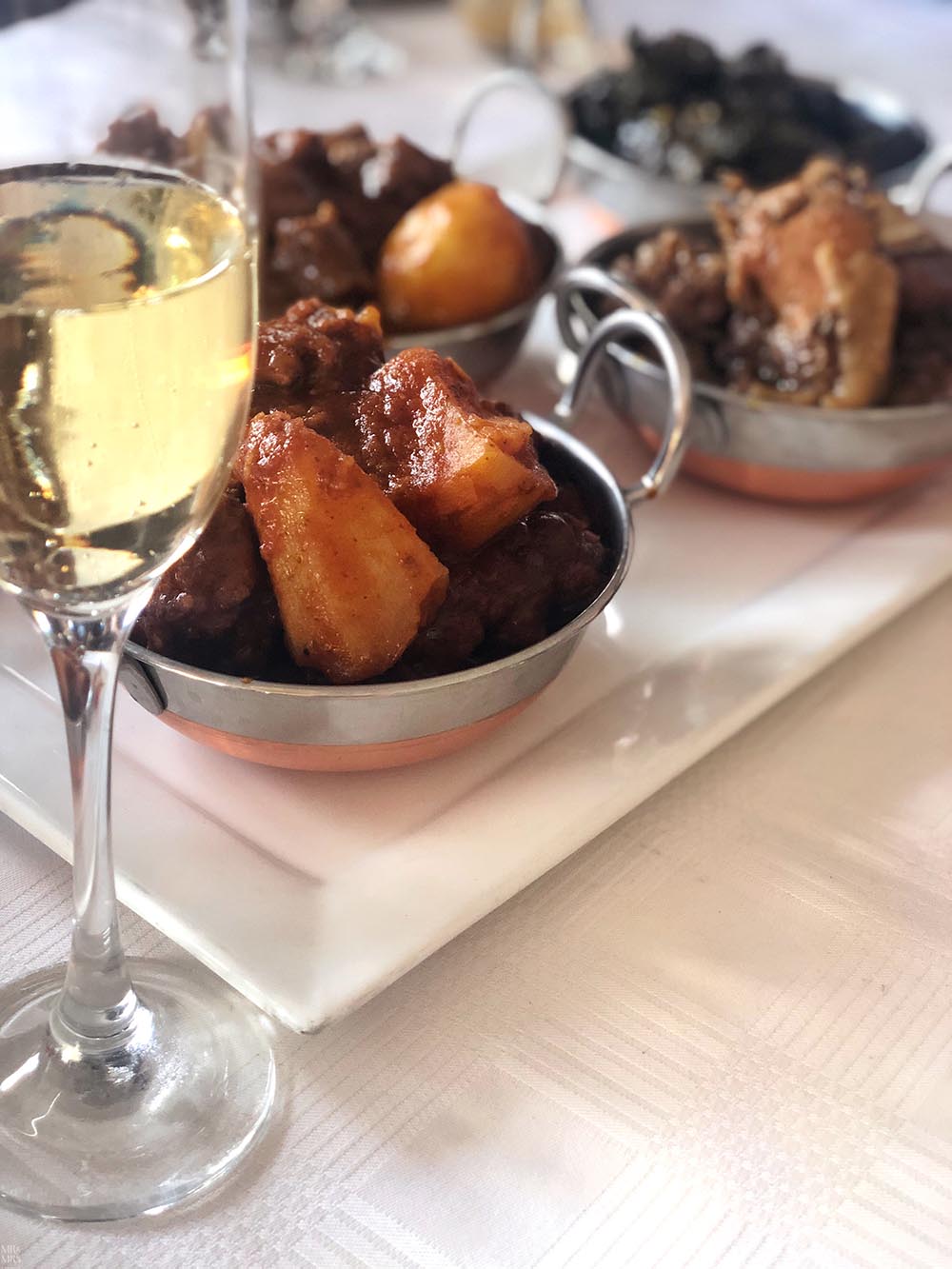 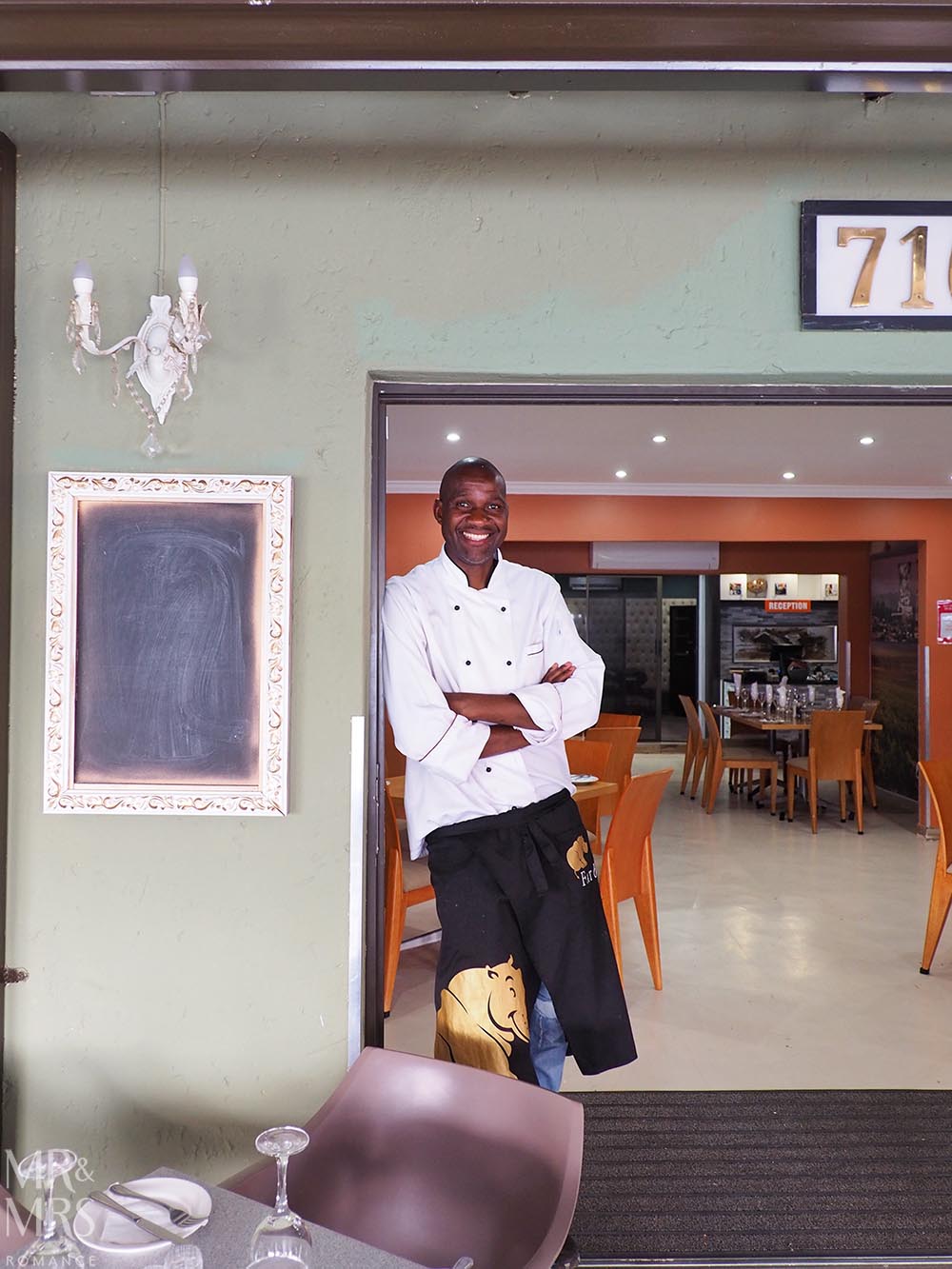 Of course, there are clear and confronting signs of poverty here, but the sense of community, of dignity and genuine joy is incredibly strong.

It’s true that the townships are still a symbol of white oppression, but they’re also one of Black pride.

For more of our stories from South Africa, click here. 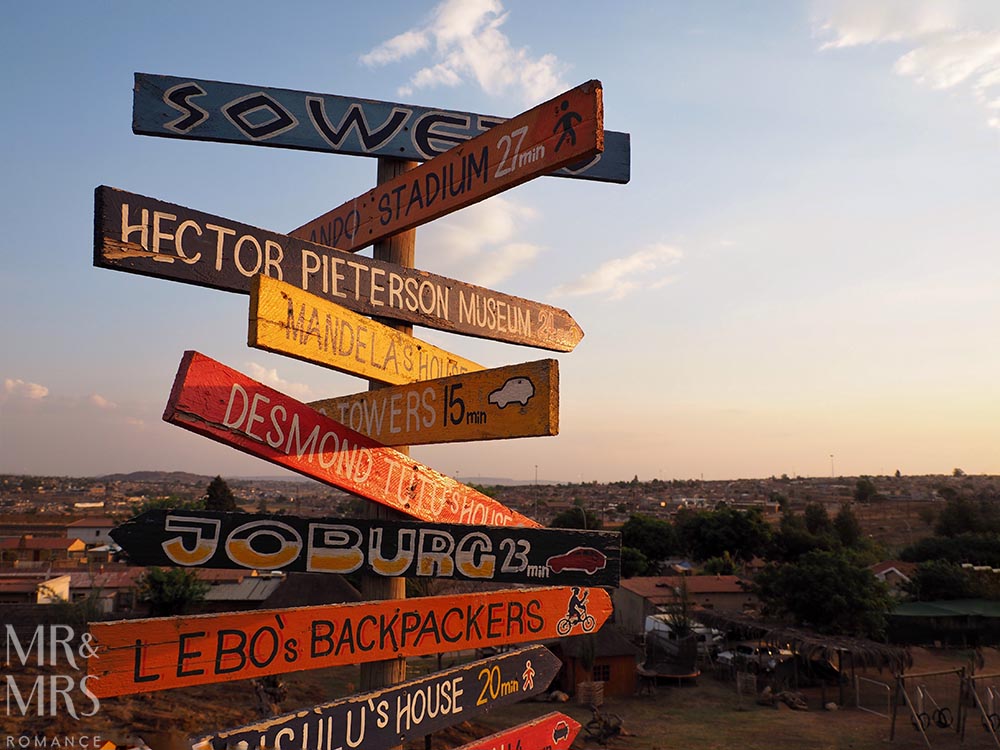 We travelled as media with South African Tourism.

A beach Christmas, city in smoke and dinner at the tennis

Happy New Year – and happy new decade too! It’s still sinking in that it’s finally 2020, a year that felt as much like…