Cuba’s cigars, along with cool ‘50s cars, amazing music and tantalising architecture, are an icon of the nation. But there’s more to the often elaborately patterned, brightly coloured bands that ring each cigar than just decoration… 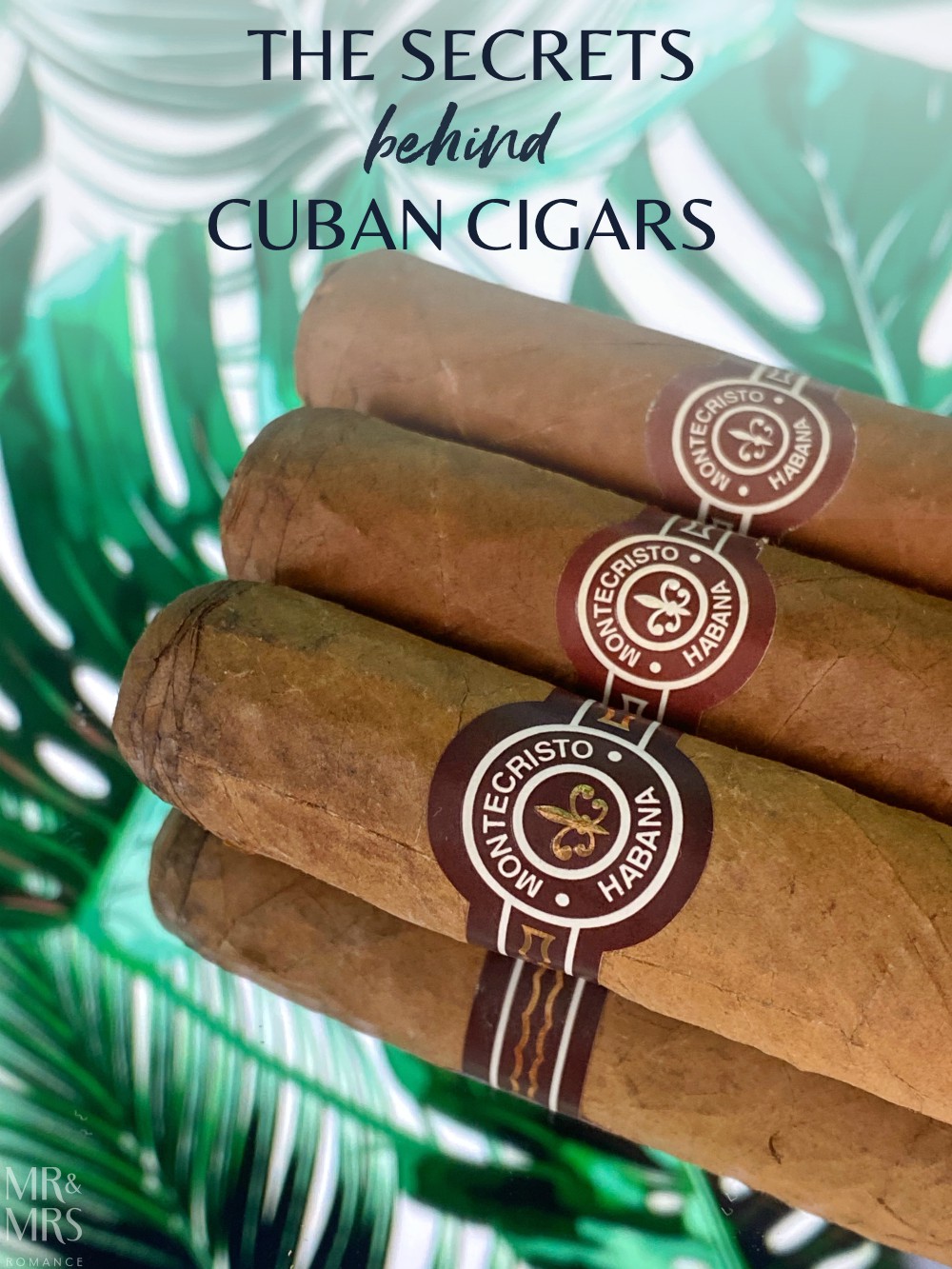 Cuba has been heralded as making the finest cigars in the world for centuries. Its rich, dark volcanic soil, tropical climate, and traditional farming and production methods produce beautiful cigars that are more like works of art – a point of consternation every time I light one.

When would you normally set fire to artwork that you love?

On our last trip to Cuba, we visited the Partagas factory in Havana. It was incredible to see the rollers (known as torcedores) carefully crafting each cigar.

The finishing touch is gluing the label around the cigar with a traditional plant-based adhesive.

Check out our video from Cuba, where we took to the Cuban cigar trail around Havana:

My favourite cigar brand, Montecristo, gets its name from Alexandre Dumas’ The Count of Monte Cristo. It was the torcedores’ favourite story, read to them by a ‘lector’ to entertain them as they worked.

This cigar company (and others like Romeo y Julieta) pay homage to its literary roots in its label. The royal fleur de lis on Montecristo cigar bands and the crossed swords on the box logos are both nods to the book.

But these beautiful labels on premium cigars do more than merely decorate or talk of heritage and provenance.

They have other functions too.

Other than price, the packaging is probably the best pointer to a fake cigar.

Check out our story on spotting fake Cuban cigars here.

But in spite of labels being increasingly more difficult to copy, re-labeled fakes are rife throughout the world. 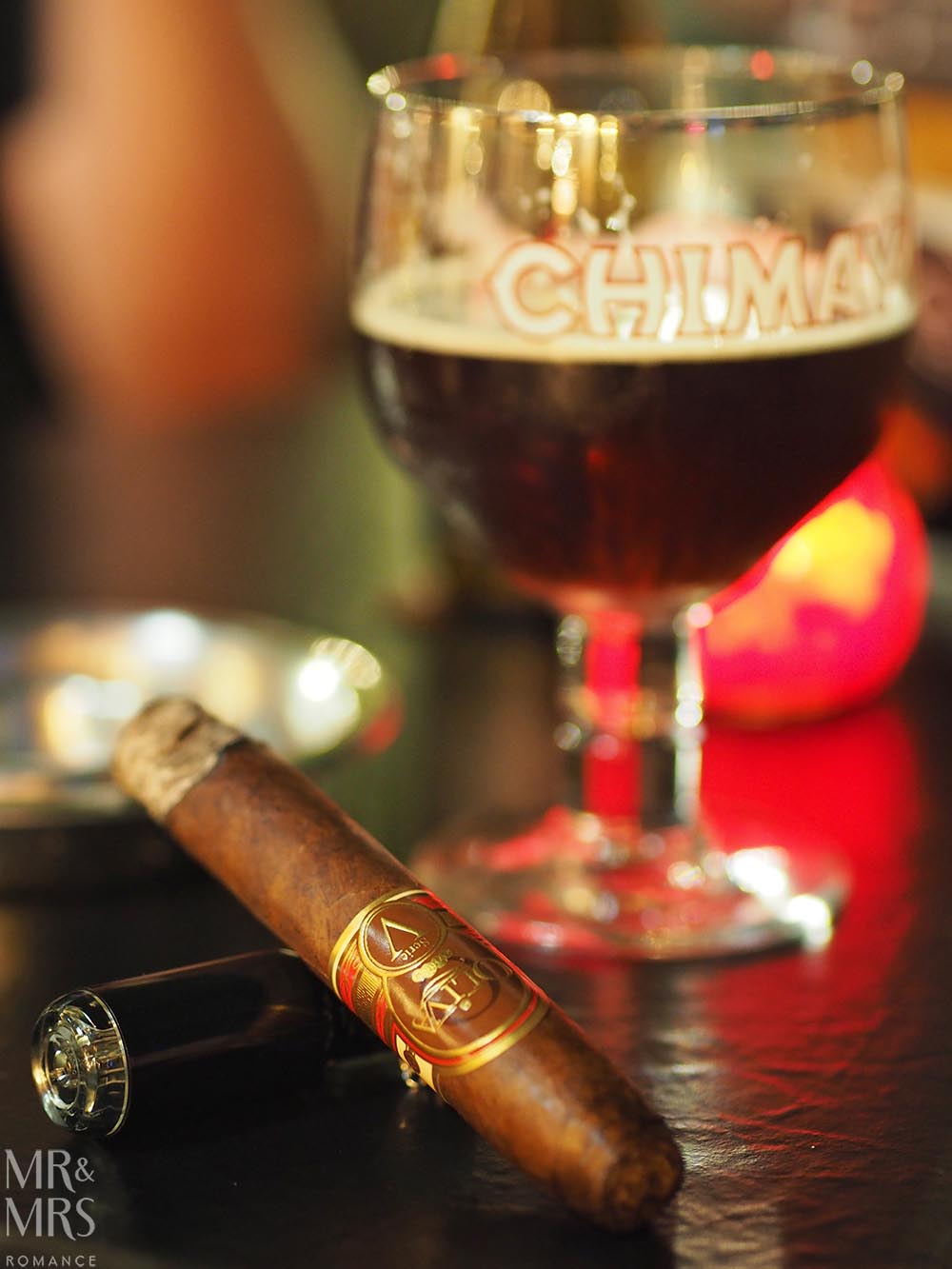 By the 1950s, the owner of Cuban brand Cabañas reckoned: “for every one of the two million Cuban cigars I ship to Europe, six million are sold there.”

It’s another reason to only buy from reputable companies or – if possible – from sanctioned shops in Cuba itself.

The downside to this of course is that the Cuban government owns and controls all the cigar shops and even the factories, so you’re giving money to a corrupt power.

Every silver lining has its cloud, I suppose.

How old is your cigar?

In this on-going battle against fraudulent cigars, brands update the labels regularly. Some, like Cohiba – the most expensive, prestigious and therefore most copied cigar brand – dink their cigar bands almost every other year, or so it seems.

Changes like this are both a worry and a joy to cigar enthusiasts.

Firstly, when your band looks different to what you’re used to, you fret that you’ve bought a fake cigar. On the other hand, it makes dating your cigars relatively easy.

Aged cigars can be very valuable. And like high-quality wines, well-kept fine cigars develop and mature over time.

As you can see, these three Montecristo cigars each have a slightly different band and are from very different ‘vintages’. 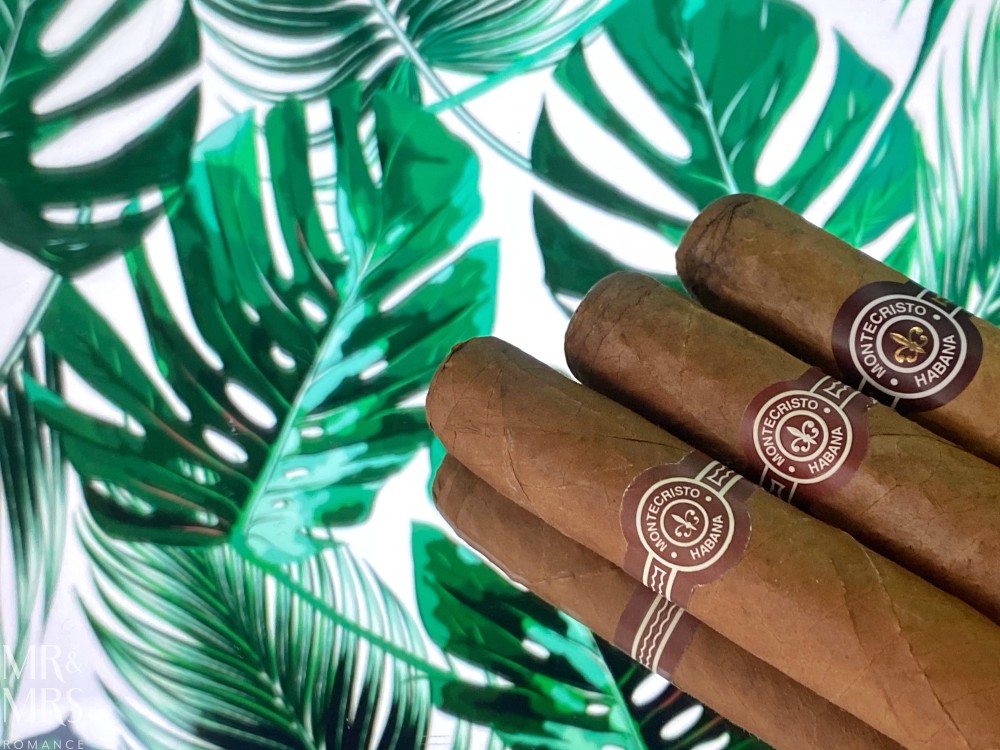 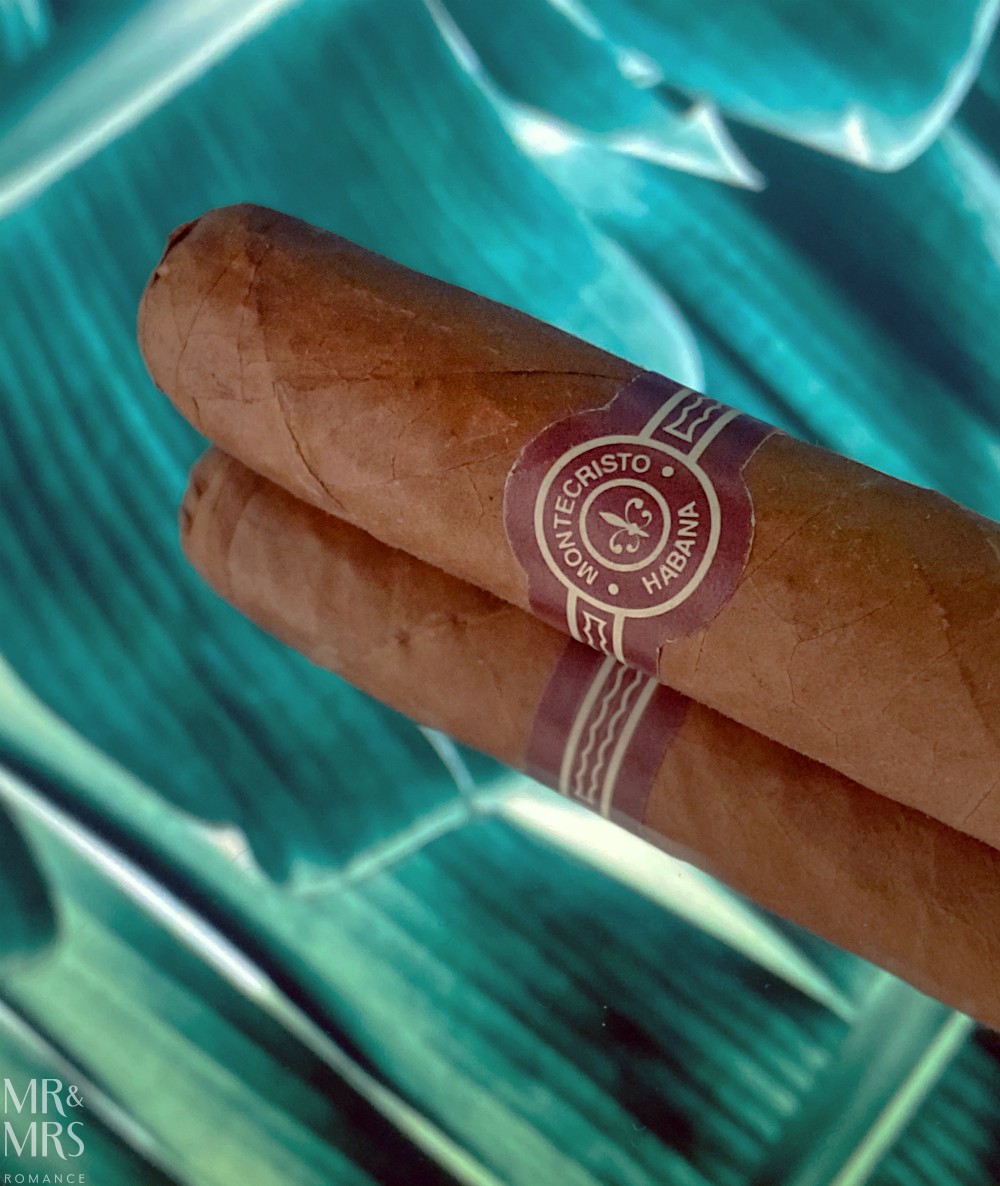 The lighter colour and no embossing means this cigar was made between 2003 and 2006 when Montecristo changed their labels. I bought this one in around 2005. 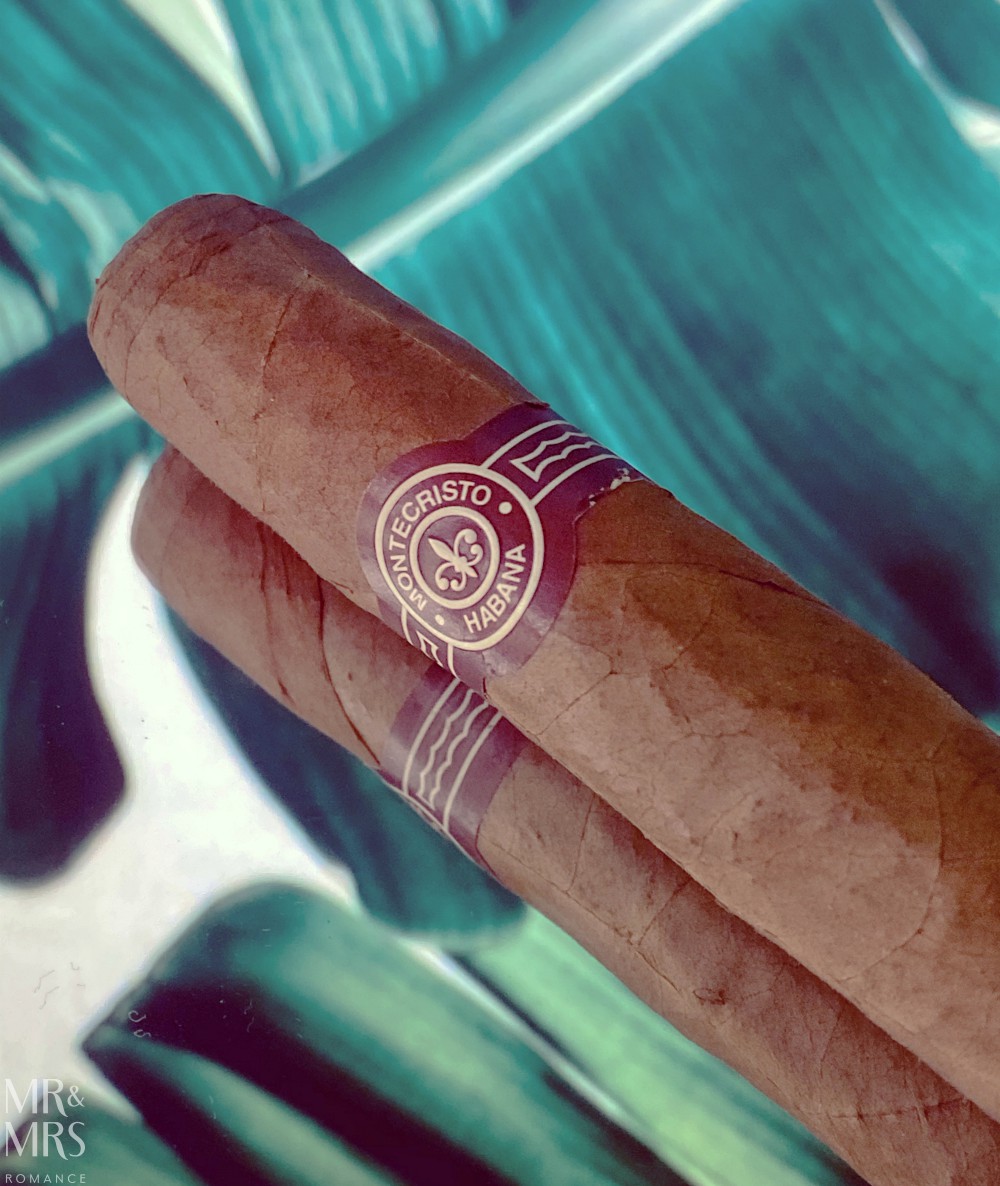 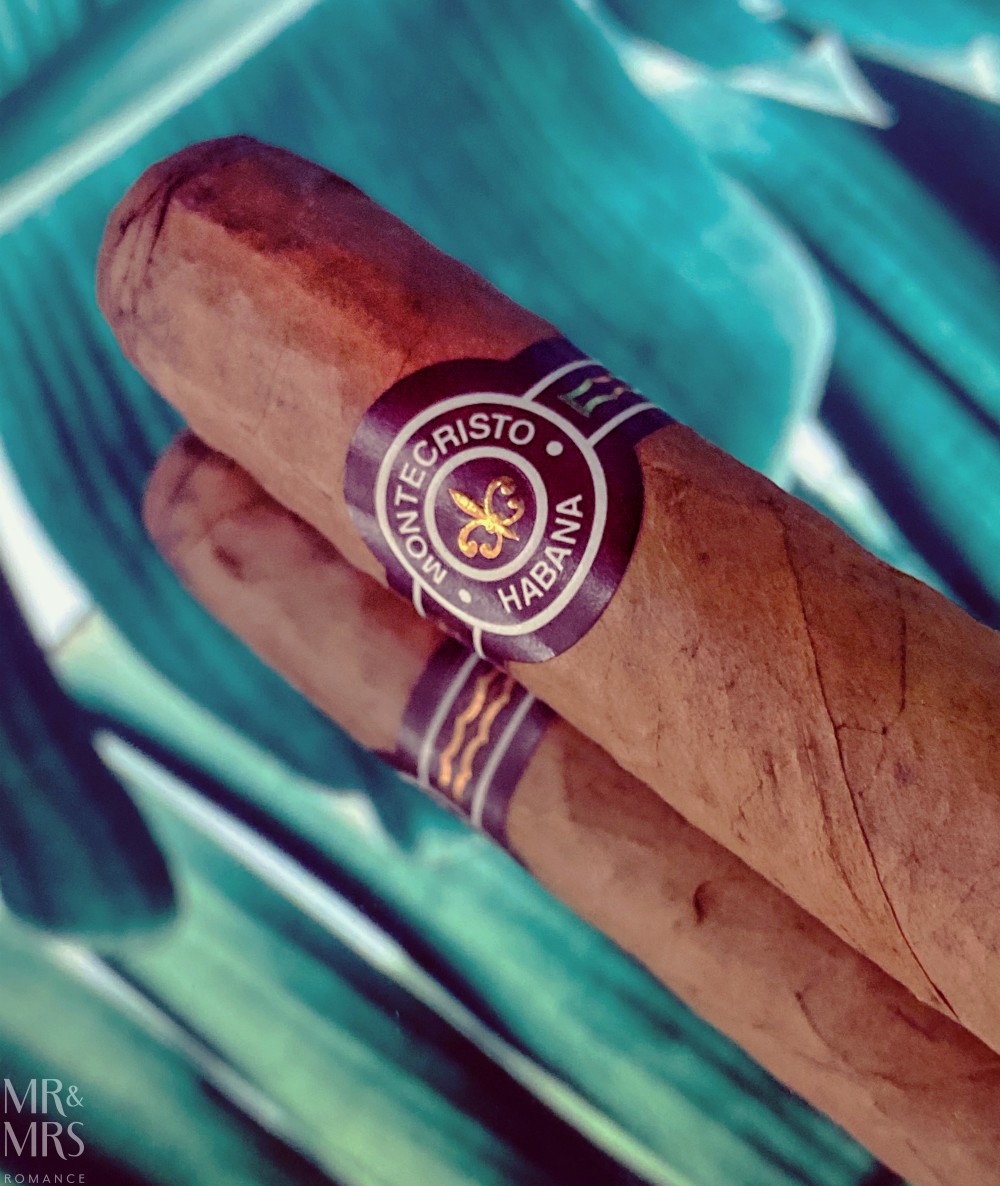 Larger and much darker label with a gold foil embossed fleur de lis is the current line started in 2013. I was given this cigar as a birthday present in 2015.

If you have one that doesn’t look like any of these, it could be from anywhere between 1940s to 2003. Or perhaps a special edition.

With plain packaging laws covering up cigar bands, it’s hard to even see the branding. Or to tell if what you buy is real. Most of the time, the ugly brown stickers can come off revealing the original label beneath.

But pealing off a label isn’t going to go down too well with the shopkeeper.

Check out the Cuban Cigar Website – an impressive depository of many Cuban brands’ labels through the years – if you’re not sure. 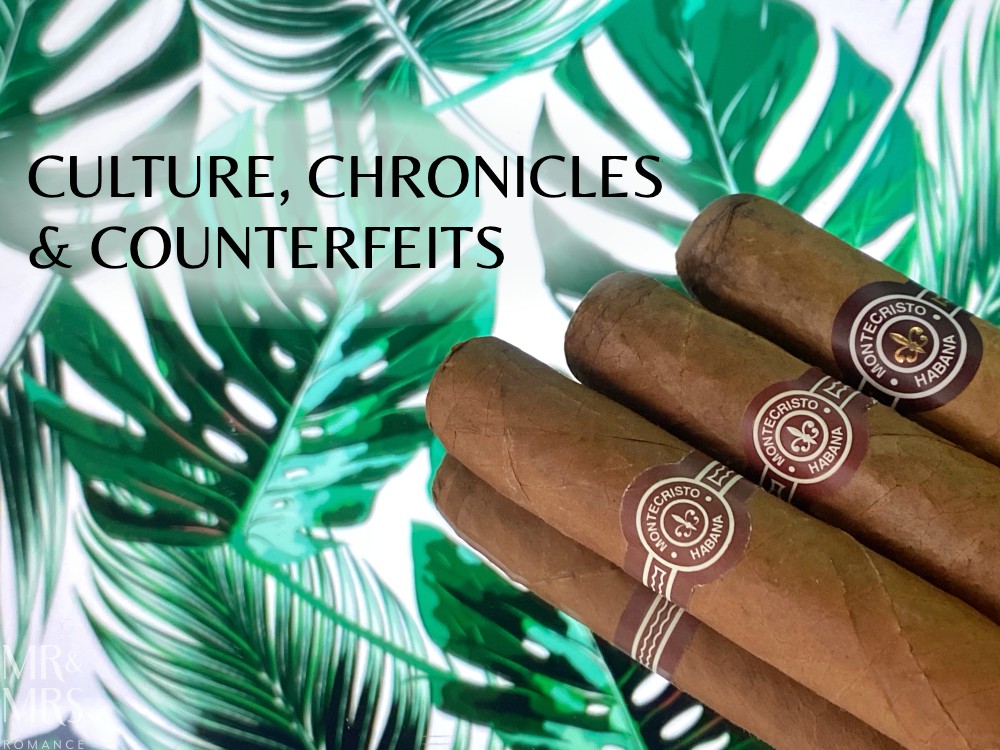 As for my three examples, the ageing process is going well. Keeping them in a relative humidity of 70% in a temperature-controlled cedar-lined humidor has done wonders.

The oldest smells completely different to the other two – richer, deeper and more fragrant. I’m looking forward to finding out how it tastes! 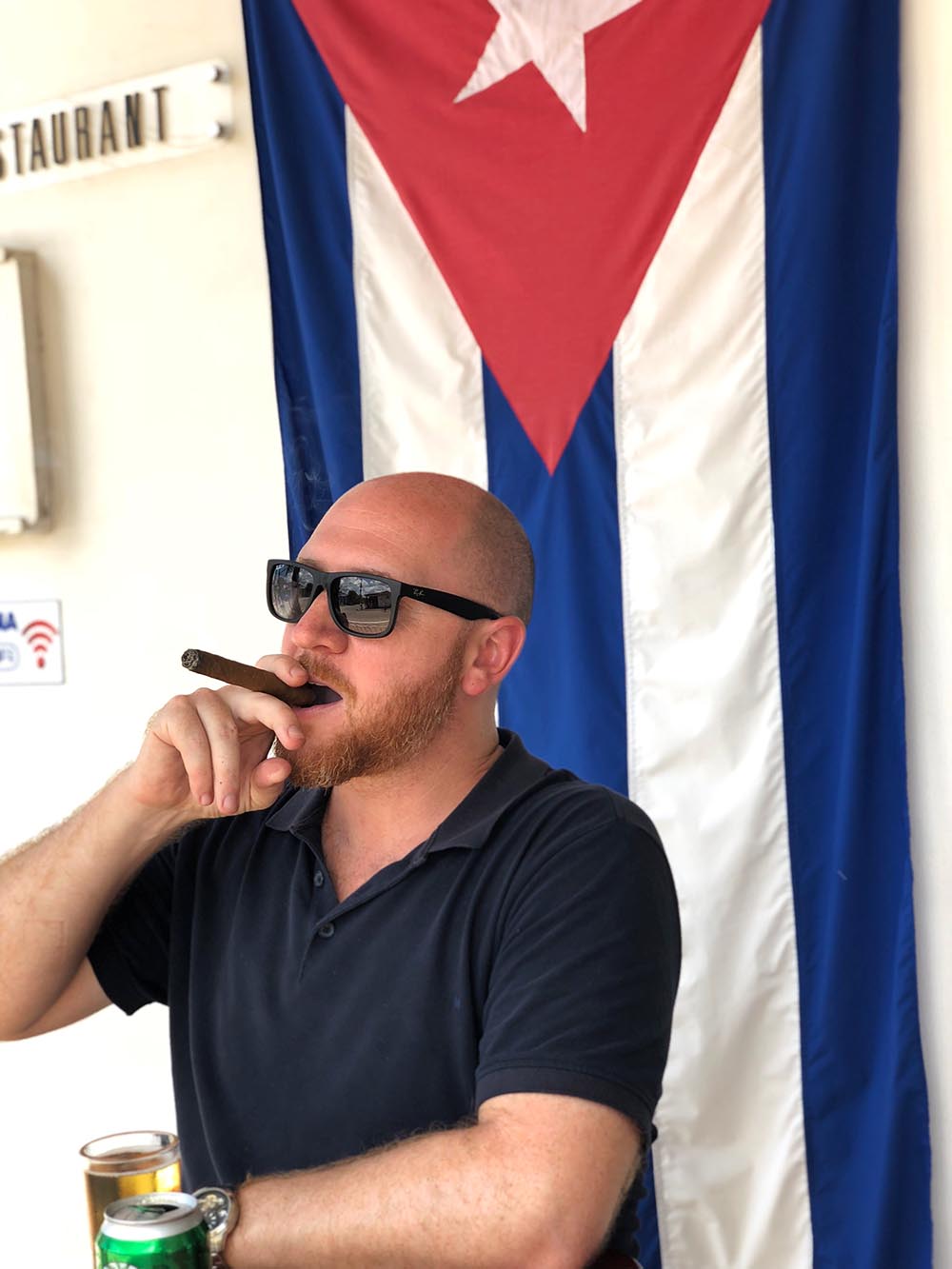 Pool time, sunset madness and the best excuse for wine

Yet another week flies by and almost without taking a breath, we’re staring down the barrel of March! How did that happen? To make…