With a history set in the stones of Surry Hills, Sydney Brewery is aptly named. And now it’s back where it belongs – crafting and pumping beer from Sydney’s heartland. And you need to check out the outrageous food here too. 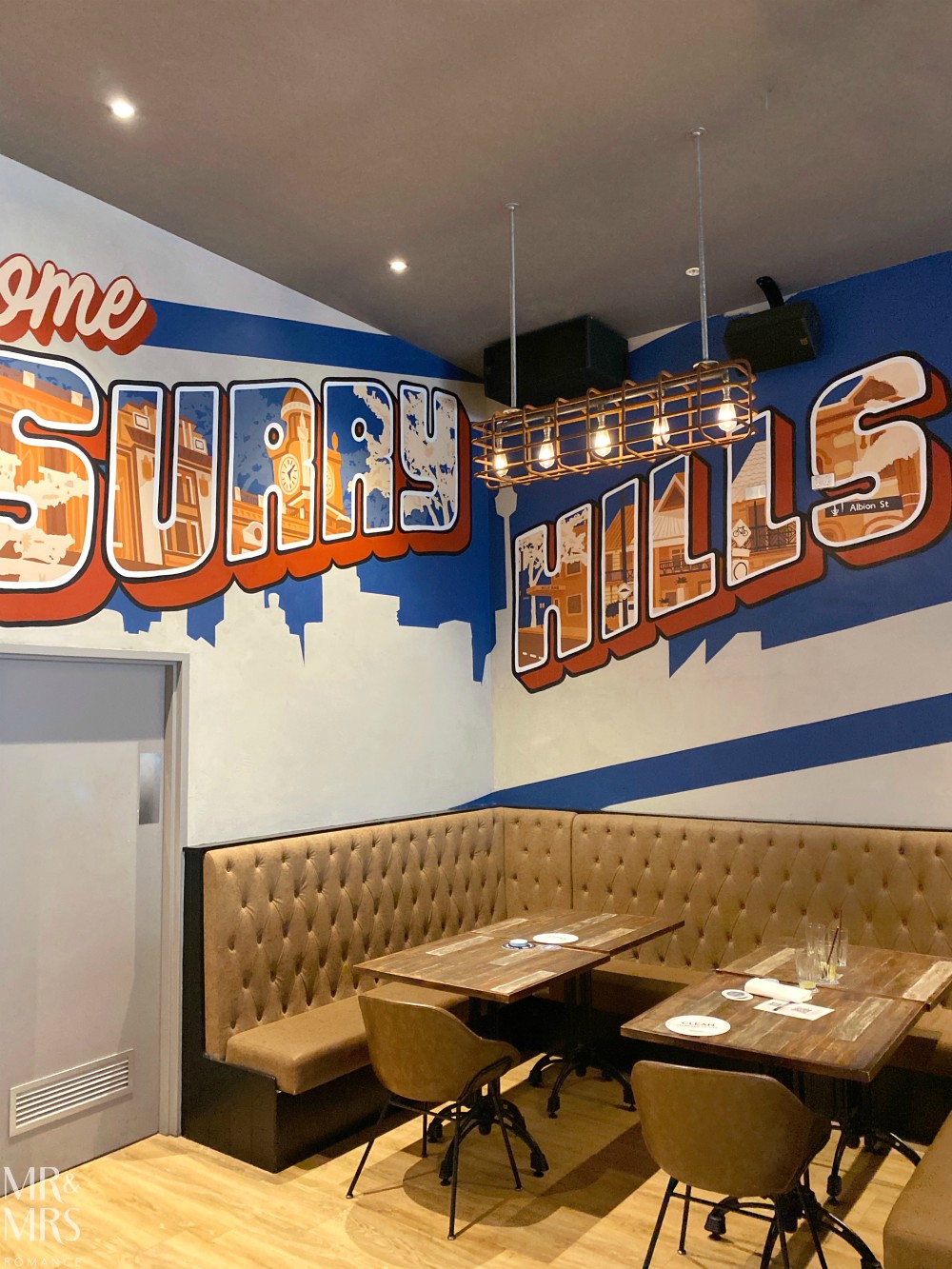 When Christina and I moved back to Australia in 2004, we set ourselves up in what we’ve always considered ‘the most Sydney’ part of the city: Surry Hills. Around the same time, the Schwartz family opened their brewery in the Macquarie Hotel on Goulburn Street.

However, the pub (now Harpoon Harry’s) and the brewery are no longer there.

In fact, over the years, the brewery has moved around a bit. First to the subterranean cellars of The Cidery in Schwartz-owned Ridges World Square down the road, then to Lovedale in the Hunter Valley. 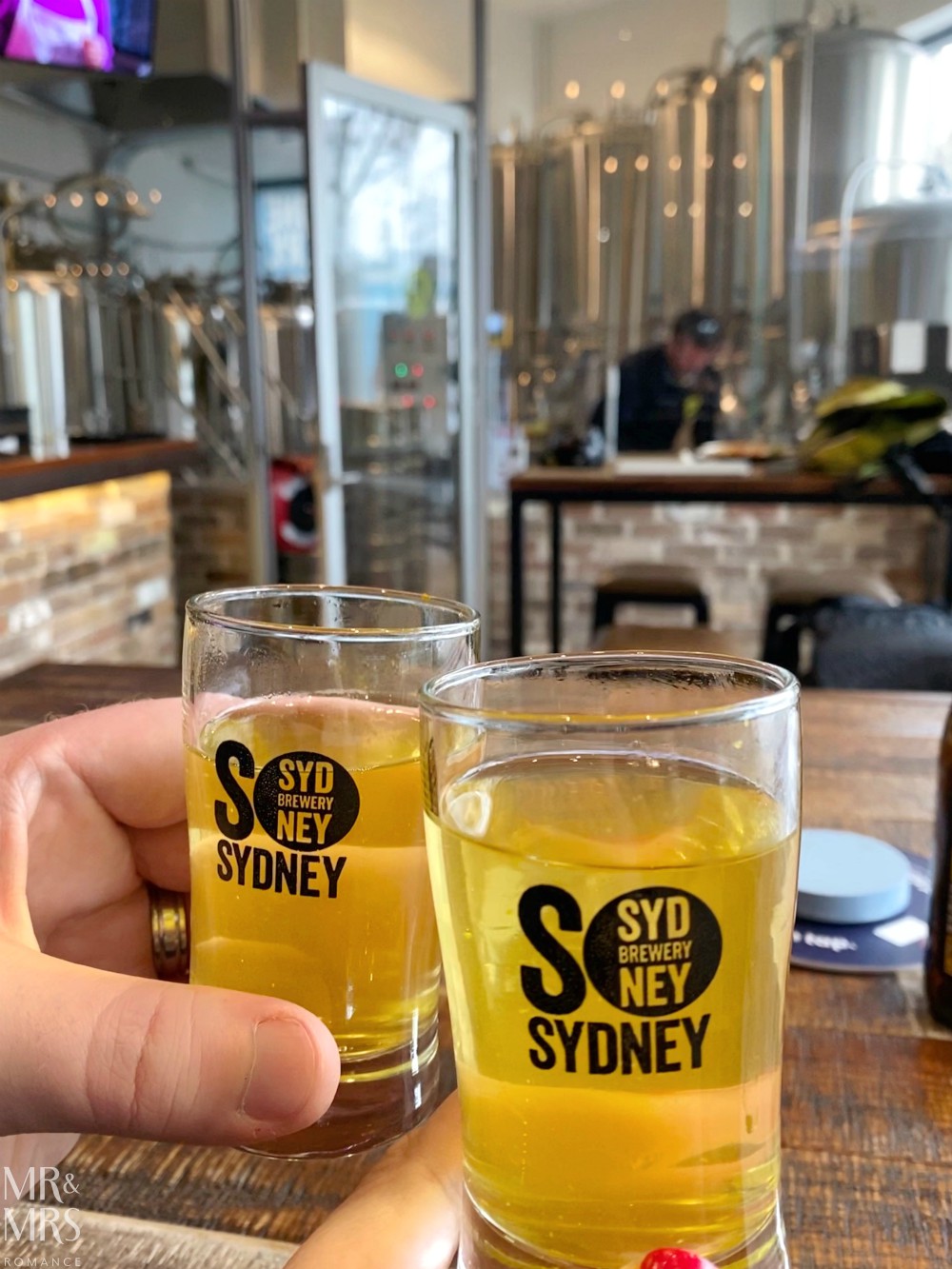 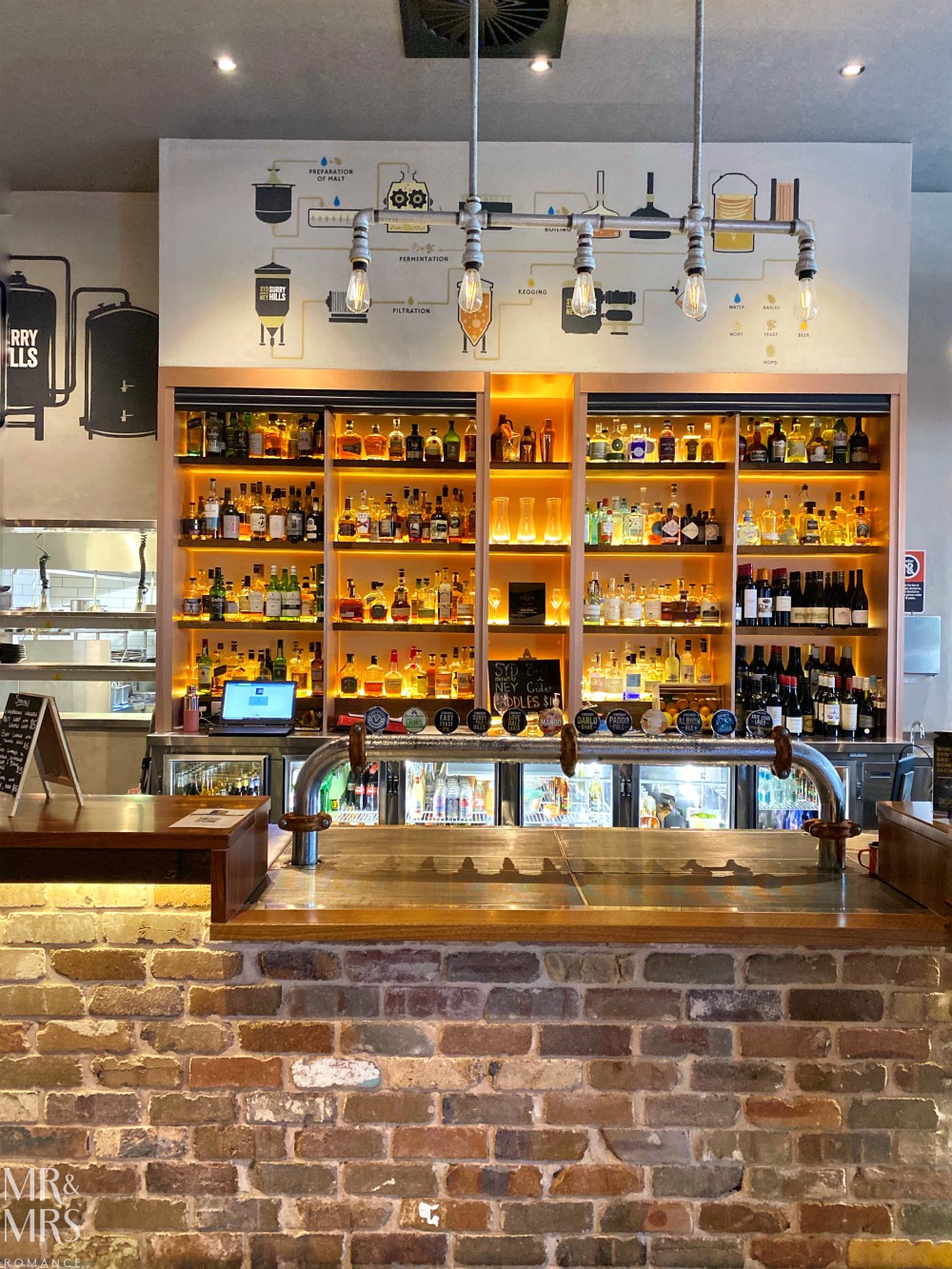 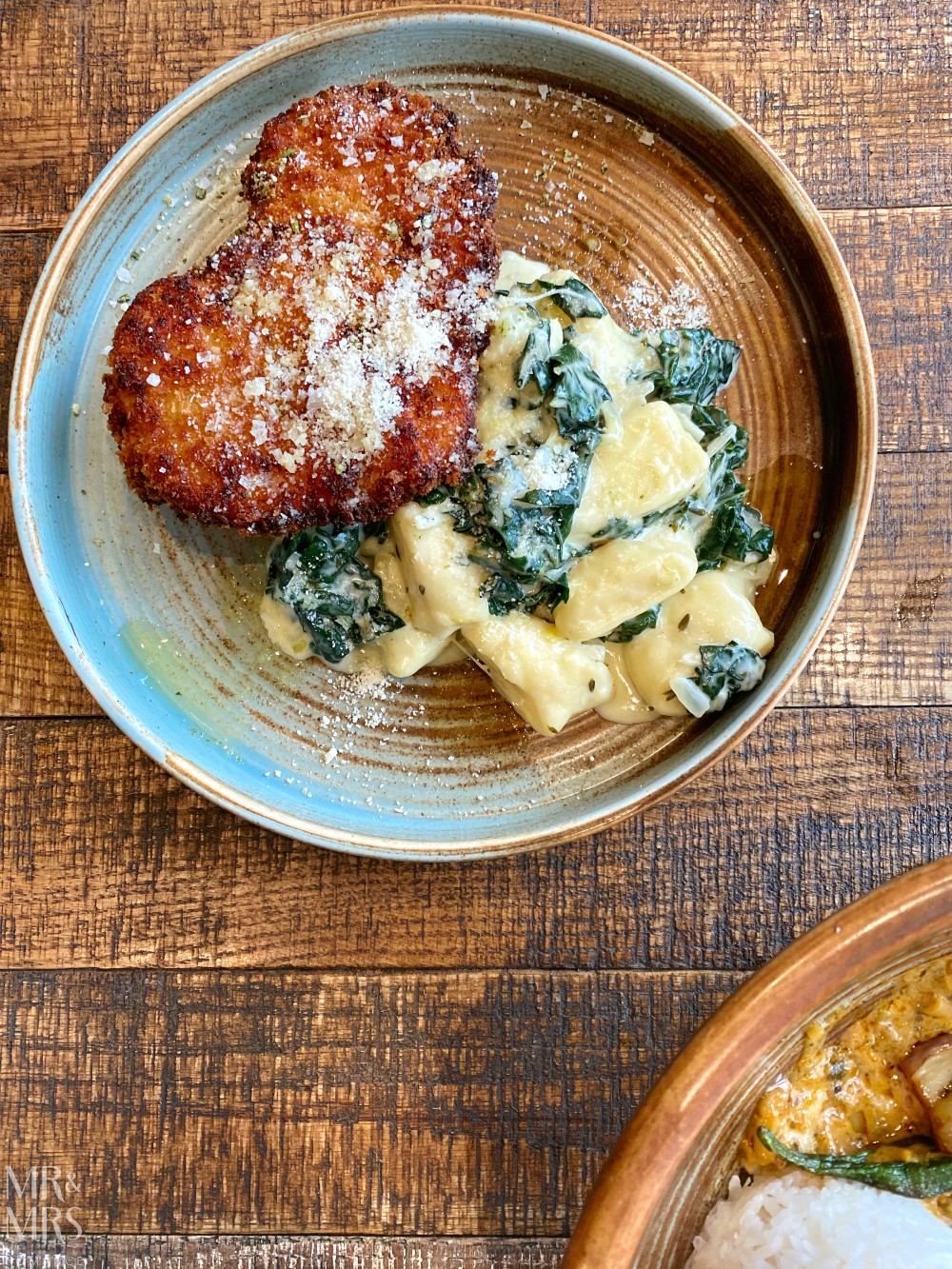 The Hunter venue – attached to the Hunter Valley Crown Plaza – is where the bulk of the beers now brew, and this Sydney Brewery cellar door is well worth a visit. But for the real experience, the brewery’s latest venue is where you want to go.

Although Sydney Brewery has been back in Surry Hills since 2018, the beer story of this area goes back much further – all the way back to the late 1700s in fact.

But when John Terry Hughes opened the Albion Brewery on Albion Street, Surry Hills in 1826, he unwittingly chose the very spot where Dr Schwartz would bring Sydney Brewery back home over 190 years later.

Connected to Rydges Sydney Central, Sydney Brewery’s new home gazes across the street to what should be considered its heritage that Mr Hughes began so long ago. 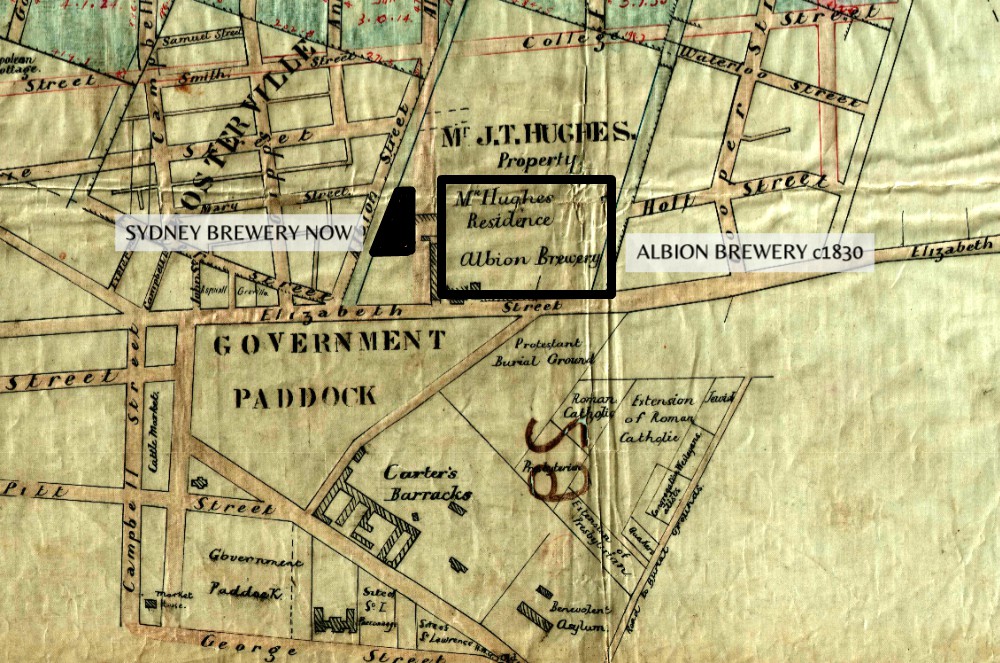 Of course, I doubt the venerable John Hughes would recognise his progeny or its neighbourhood these days – with Surry Hills being the very epicentre of cool, a place everyone (us included) wanting to live there.

Back then, Albion Brewery would have been surrounded by fields, tenements and factories; across the road were the Government Paddock and the Protestant Burial Ground (now Belmore Park, Central Station and the light rail lines).

Oh, how times have changed. 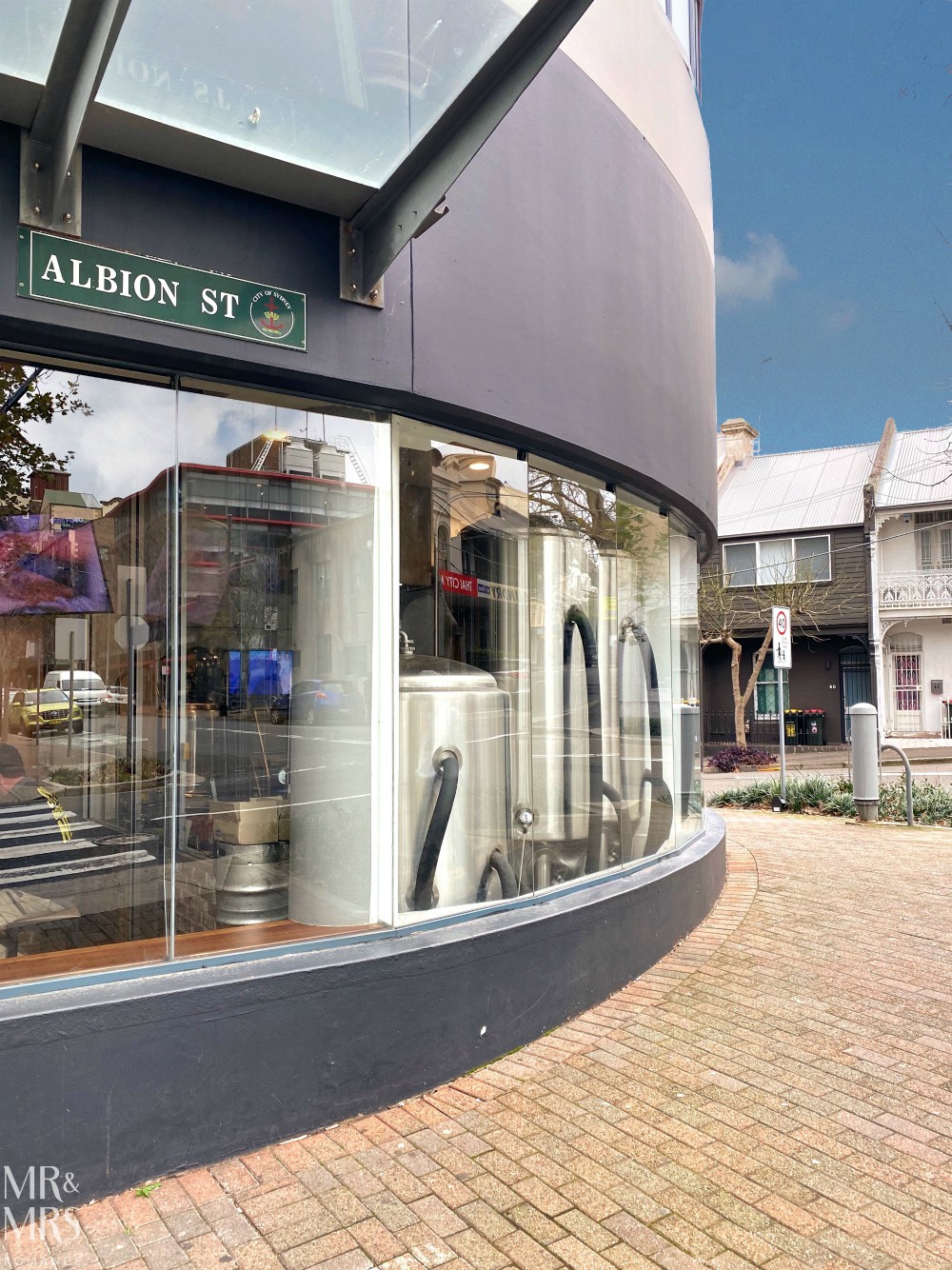 Sydney Brewery beers honour their roots – and test the limits

Bearing the name ‘Sydney Brewery’ carries some responsibility. And with this branding comes some clever names to each of the regular beers the brewery makes. One of my favourites – the Surry Hills Pils – is a clear nod to the company’s genesis.

Such etymology is followed by beers like the Potts Point Porter, the Paddo Pale Ale and of course the Sydney Cider.

But recently formulated Albion Ale is not only in honour of the brewery’s location on Albion Street (which is the only place this beer is made btw) but also of its 1800s predecessor.

Albion Ale is an easy-drinking, well-balanced beer with tempered flavours and body.

As I said: easy drinking. 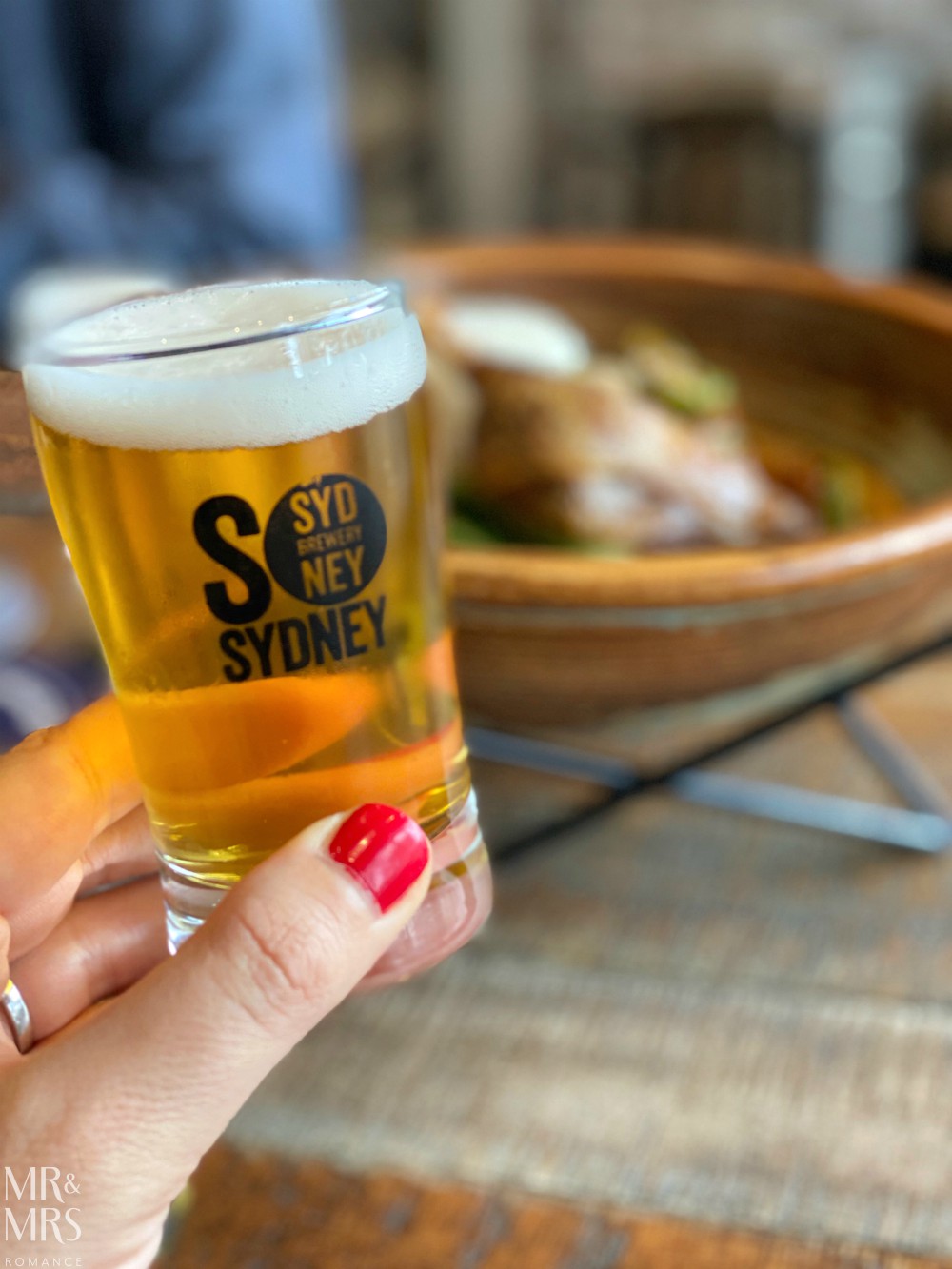 And as we gear up for another scorching Sydney summer, the new ciders on tap here at the Surry Hills Sydney Brewery and the Hunter Valley cellar door are destined for greatness.

Their agave and ginger cider might sound sweet, but there’s a wonderful dryness to this cider and a gentle heat from the ginger. Highly recommended.

Similarly, the mango cider is not sweet at all, which I was very worried about before I tried it. There’s a zing from the apples and a depth of flavour from the mango that pair beautifully. 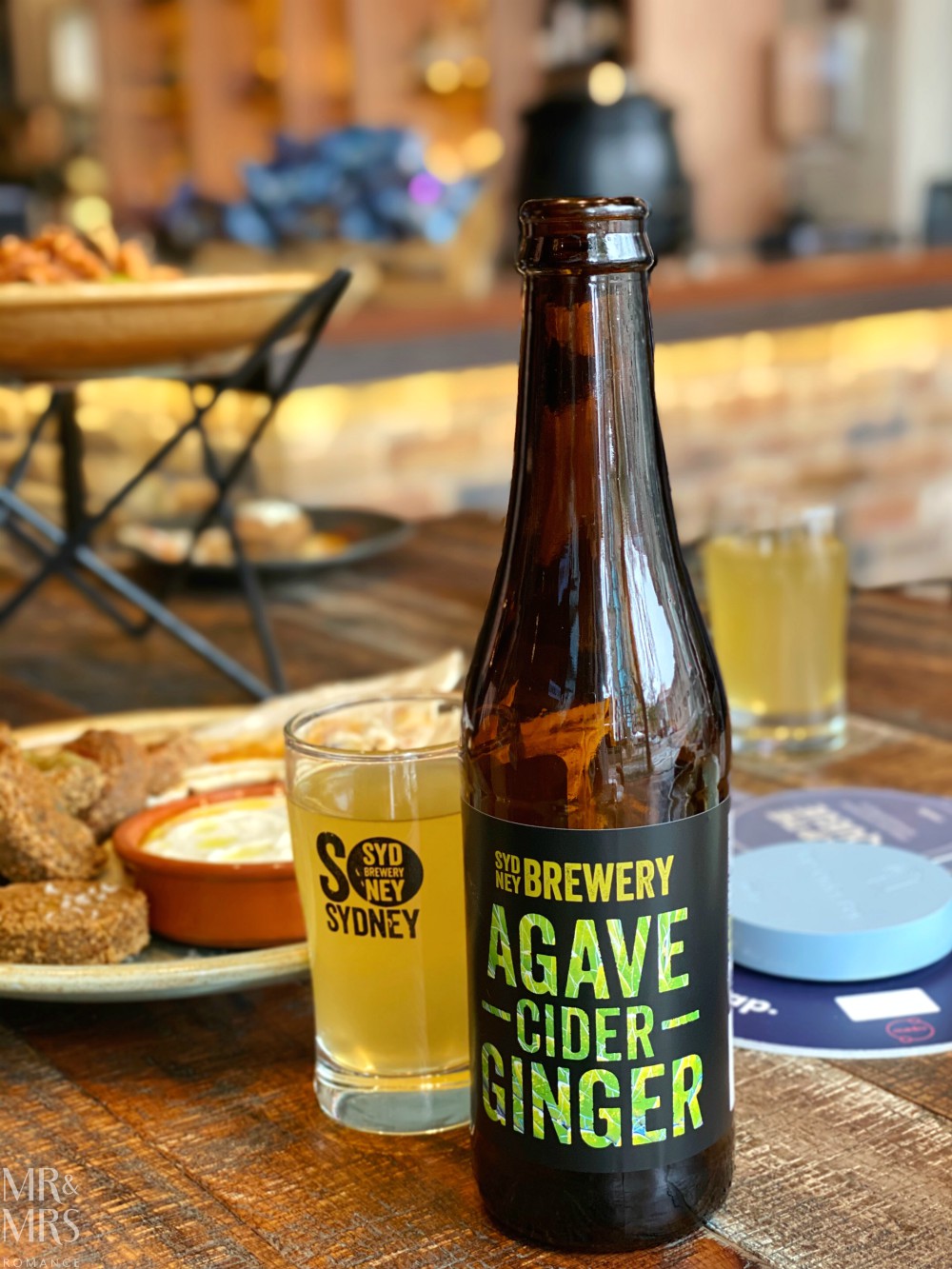 The pineapple cider, also made here, does have more sweetness and reminds me of the Allen’s pineapple lollies or a fruit salad. Another hit for hot summer days I think.

All beers from Sydney Brewery are unfiltered, so expect a hazy beer or cider and plenty of flavour and texture.

Could this be the best pub food in Sydney?

To even call the food they serve at Sydney Brewery Surry Hills ‘pub food’ neither does it justice or explains what you’re about to eat.

Executive Chef Rick Fowden has created dishes that not only balance the adventurous expectations of chic dining with an inner city brewery setting, but also that obey certain food rules that allow pairings with the beers on tap here. 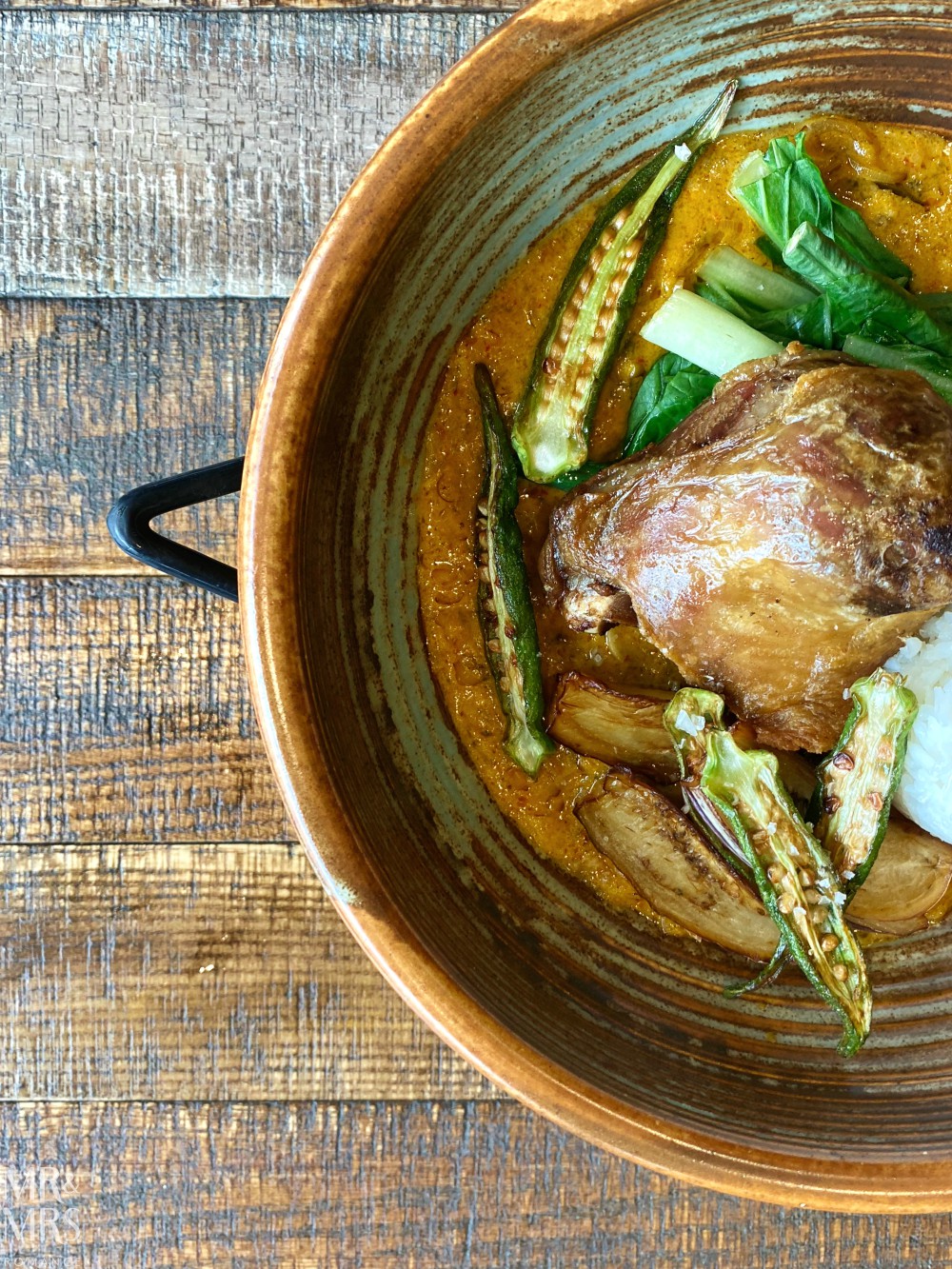 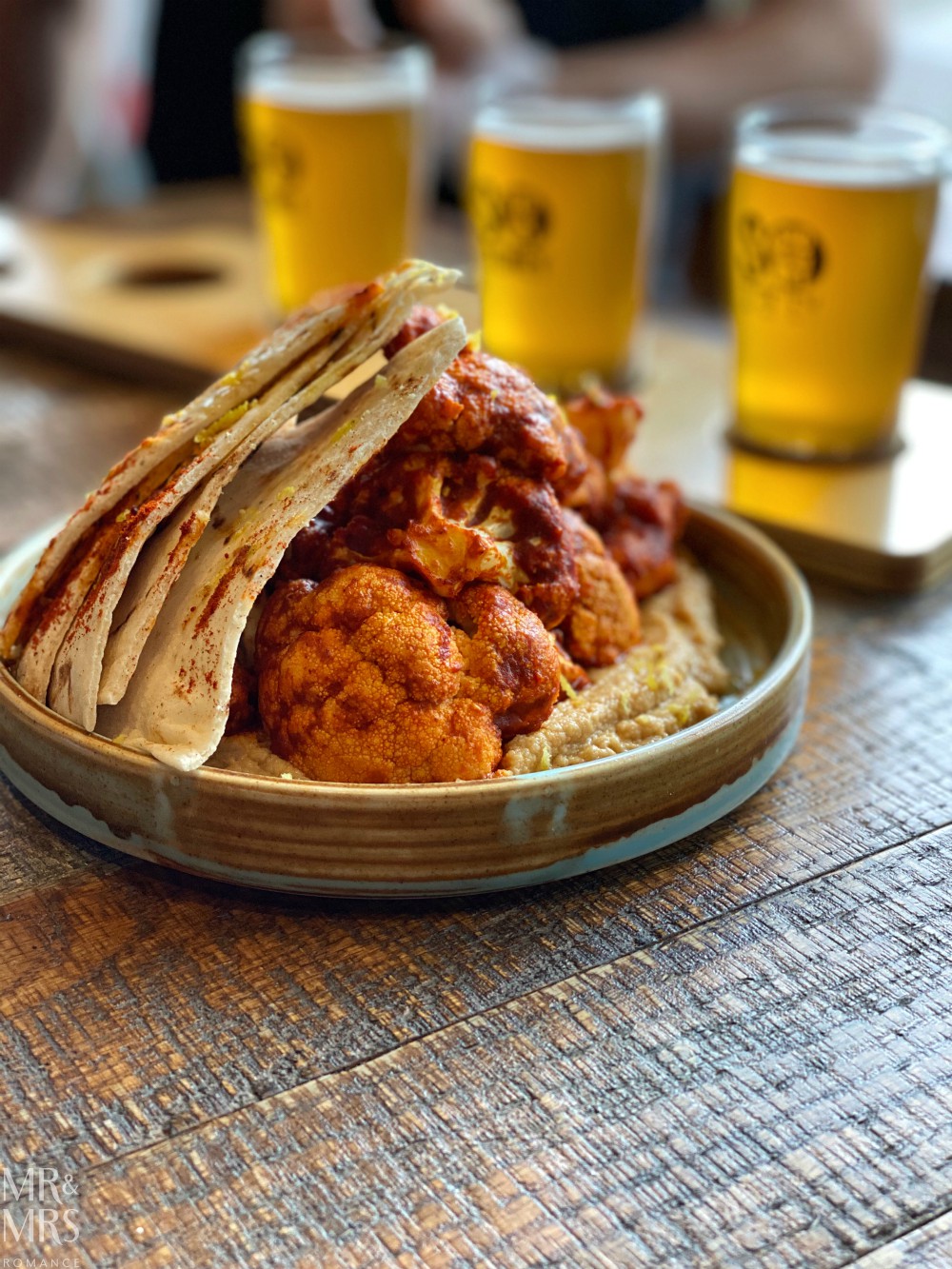 Dishes like tamarind cauliflower on tahini skordalia or the crispy duck confit in a red Thai curry with fresh grilled okra and baby eggplant really goes a long way beyond what you’d expect from the average brewery menu, isn’t it?

Chilli baby squid come with a zingy lime aioli and a crisp coating that is beautifully seasoned and spicy. Falafel kebabs gain support from a labneh sauce, chunky hummus and lots of Lebanese bread. 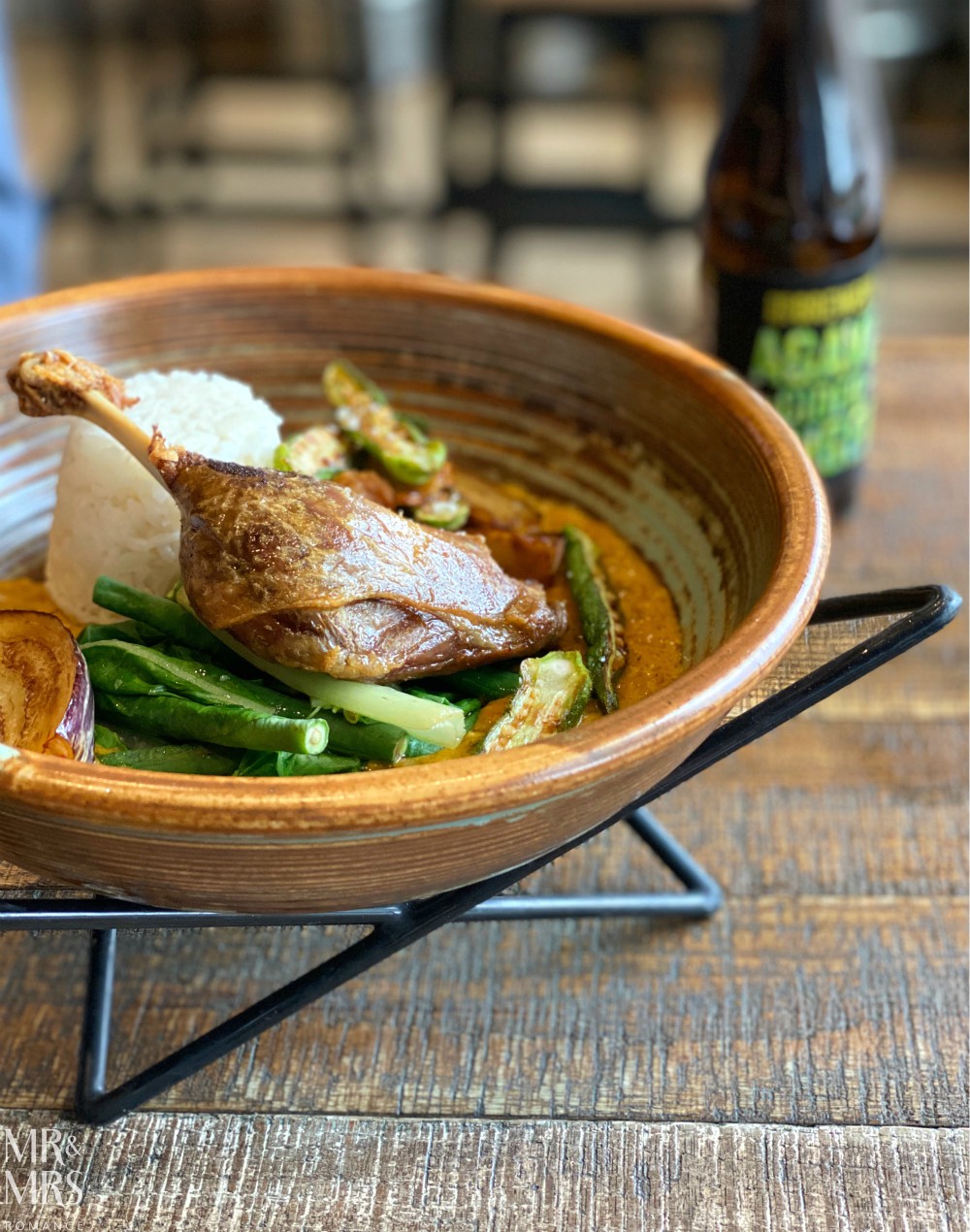 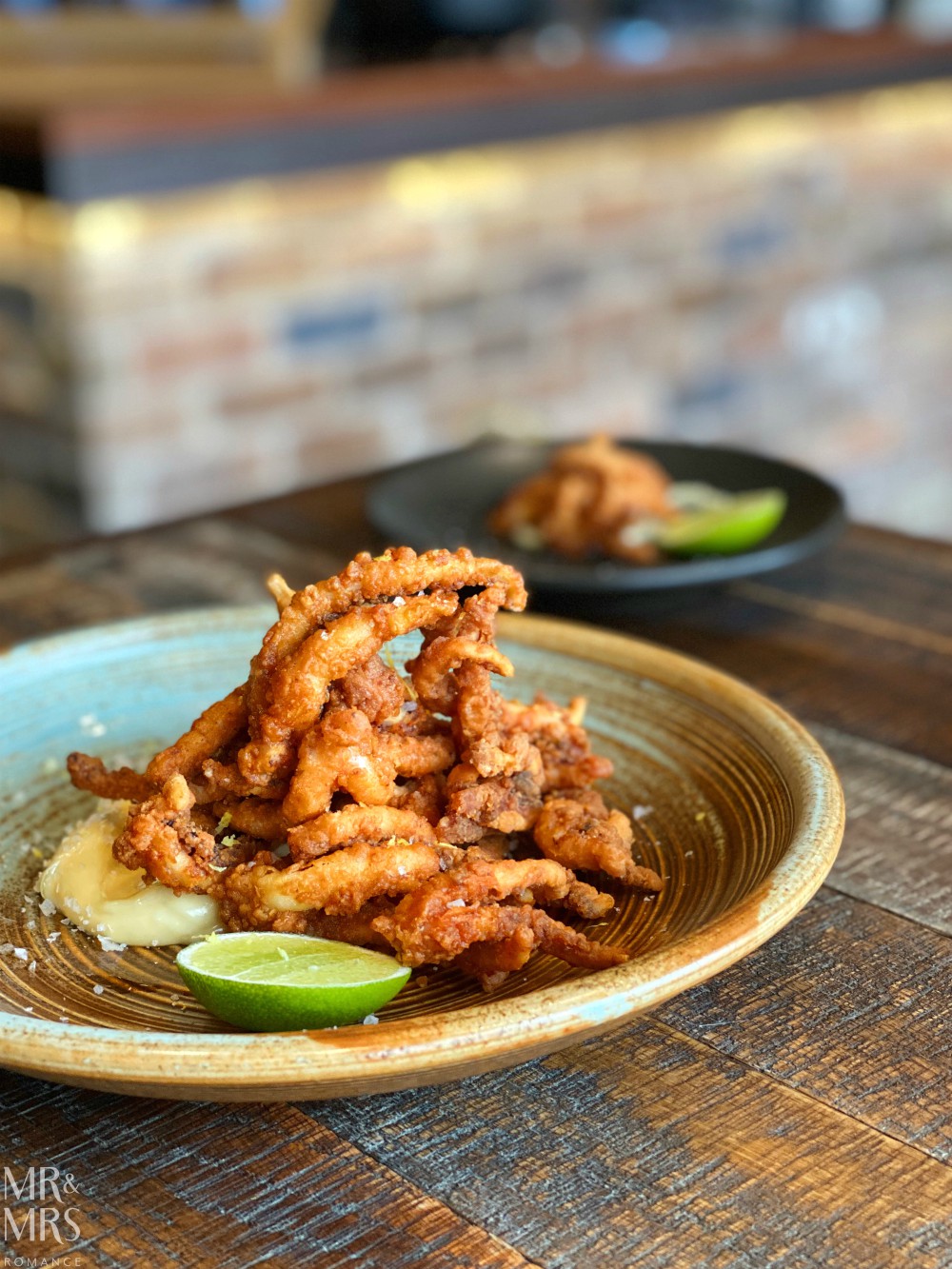 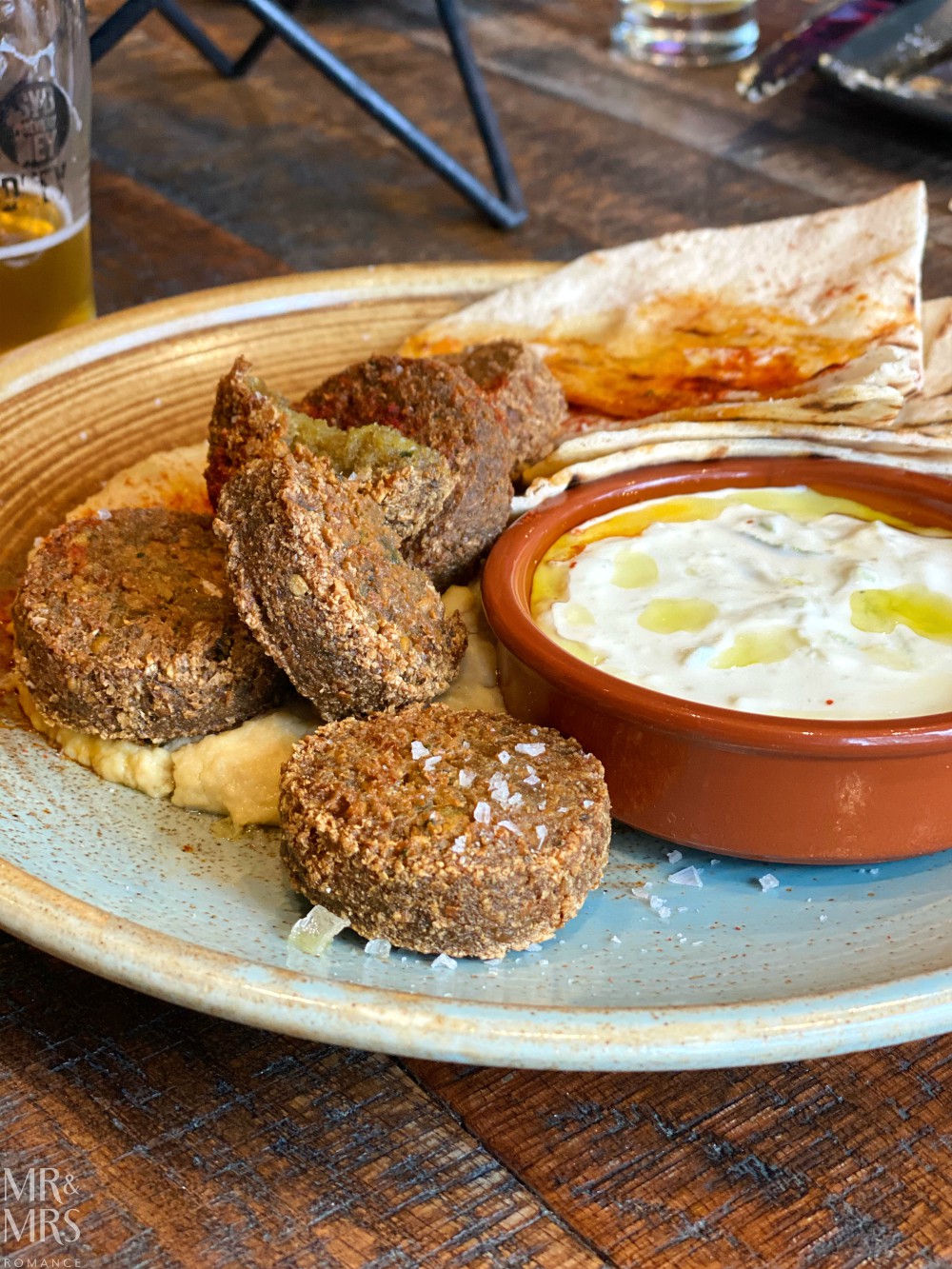 Goat’s cheese and porcini mushroom croquettes, which are more like arancini, are delicate yet sumptuous, while the generous serving of smoked pork belly comes on a chorizo feijoada that have local Brazilians in tears of happiness.

Even what you’d think of as a real pub classic has a clever twist on itself: the chicken schnitty comes with dense rich gnocchi we could only dream of making, black cabbage and a creamy leek sauce. 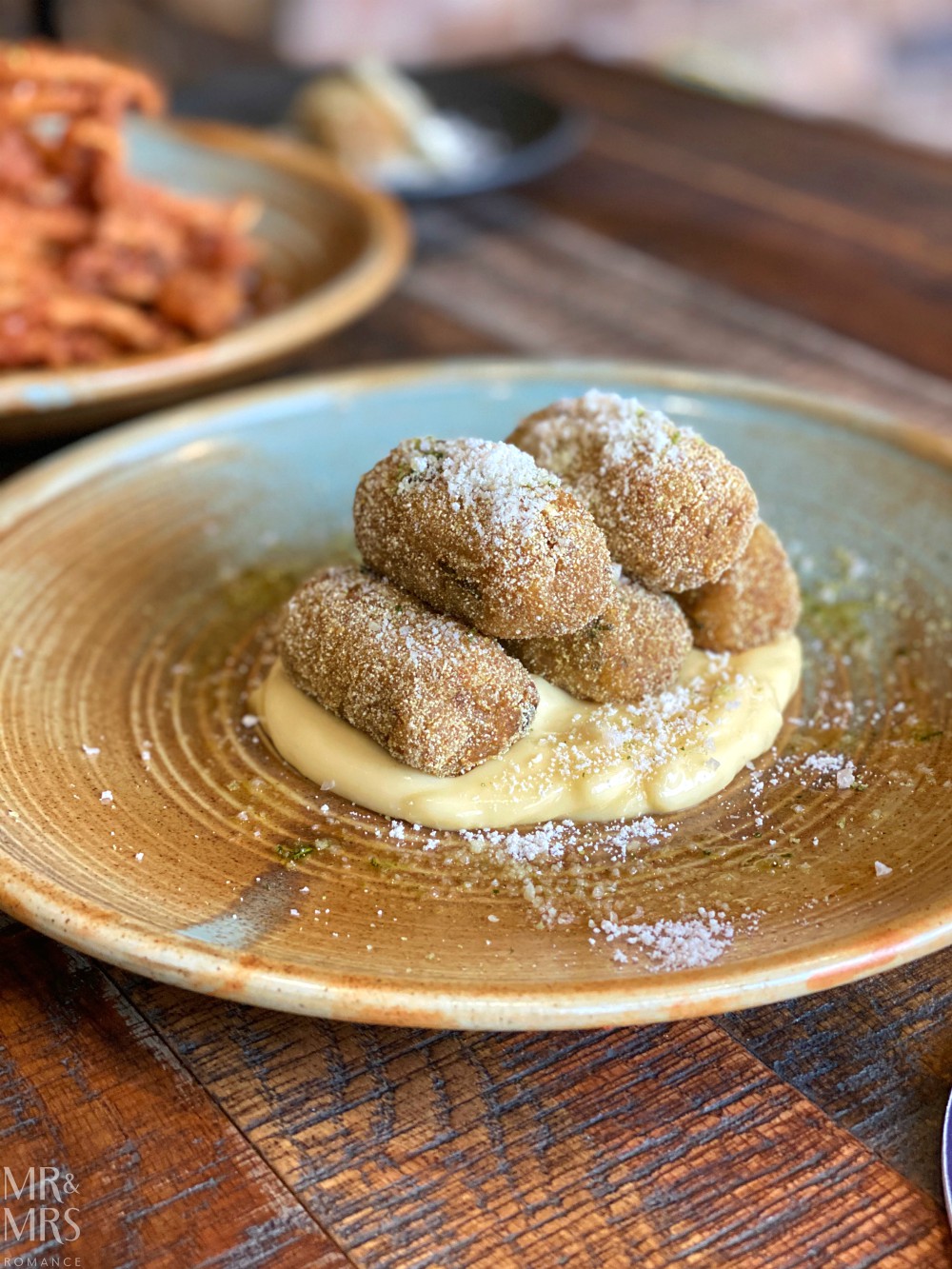 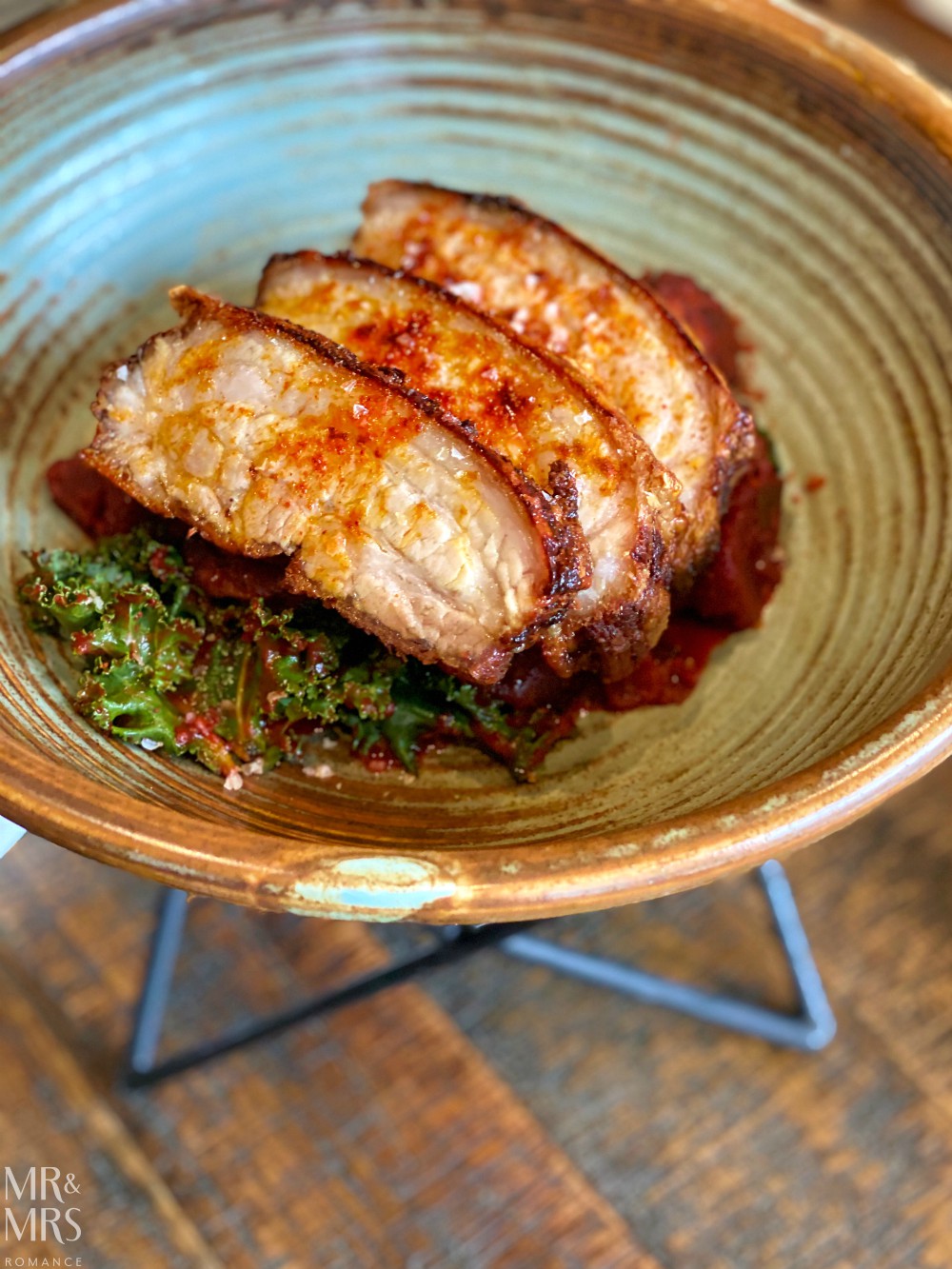 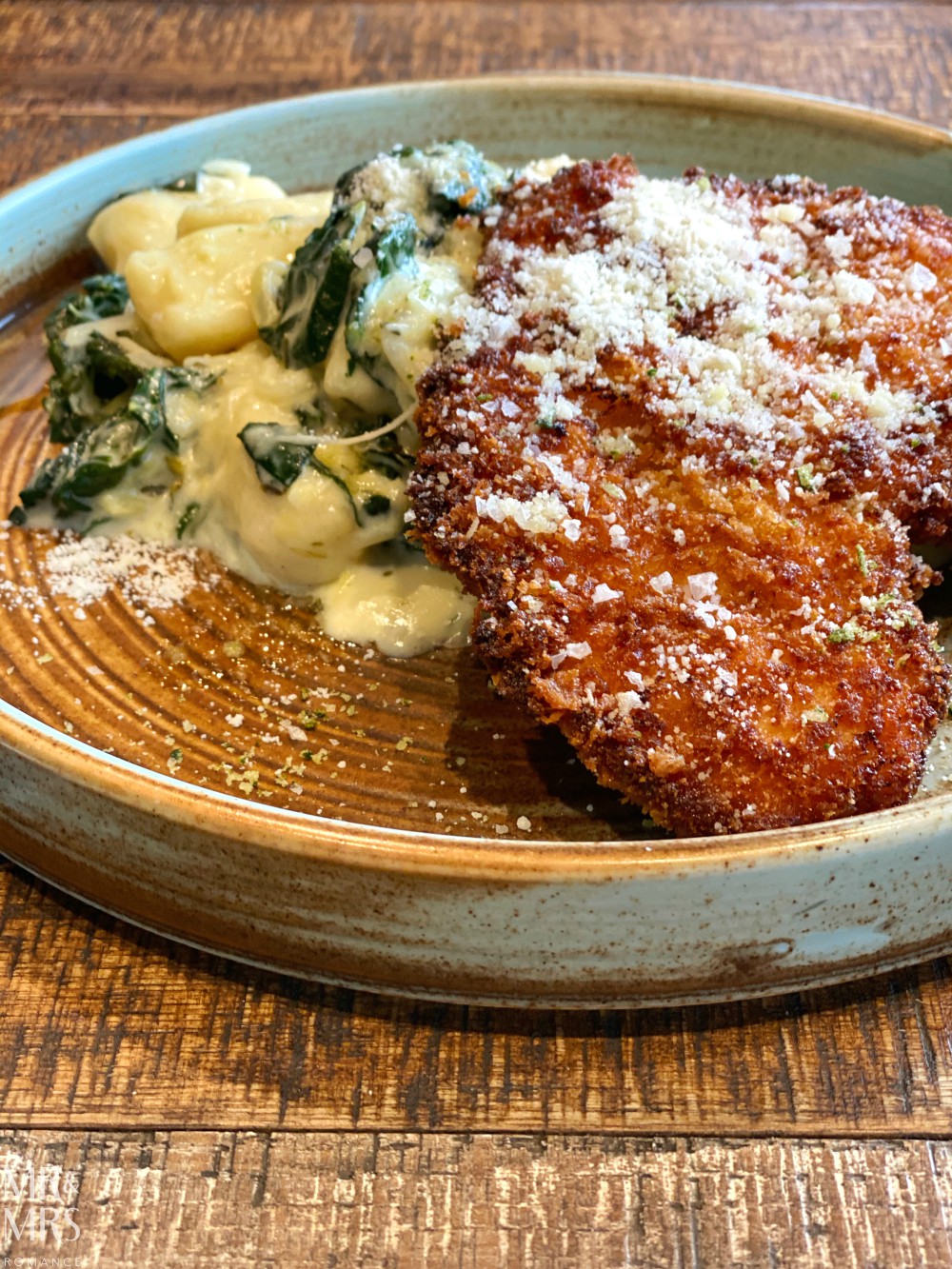 So to say this is pub food really isn’t fair on pubs. How could they possibly keep up with this?

Sydney Brewery is a shift in gears to gain higher ground on the beer and brewery scene. Looking down from this lofty view, it’s going to be fun to watch everyone trying to catch up. 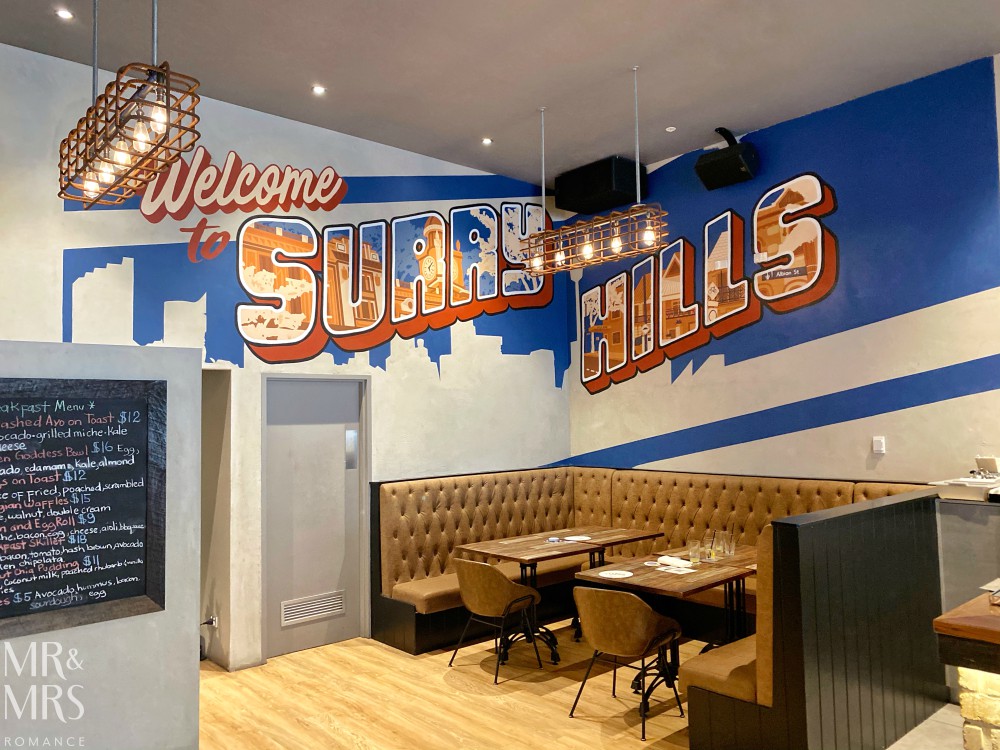 We were hosted by Sydney Brewery and Rydges Sydney Central.