Sometimes it’s good just to sit down and watch something enchanting and fun. 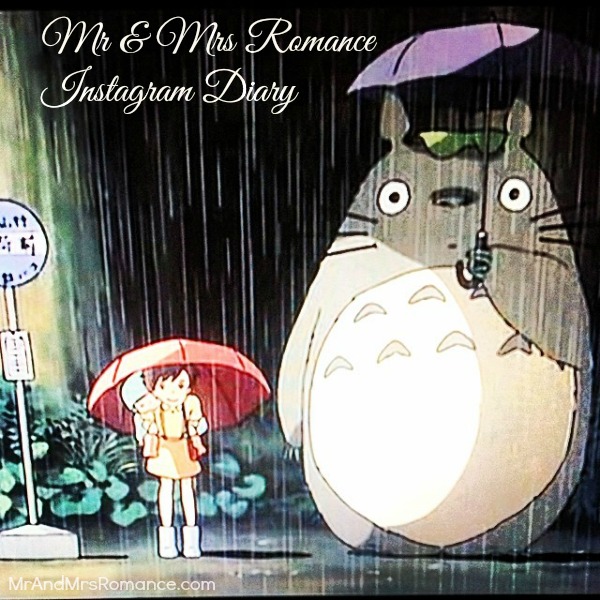 Can’t get much better than My Neighbour Totoro. It’s an old Japanese animated movie about two little girls who move to the countryside and discover this magical furry monster. They have very strange adventures, including riding in ‘a cat bus’. 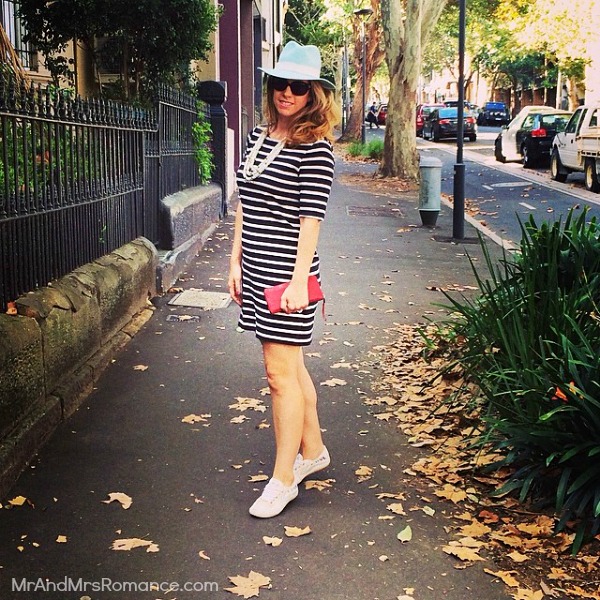 Mrs Romance and I take a stroll around Surry Hills today. Some of the streets in this cool little suburb are so pretty and leafy. Mrs R decides this is a good place to take a photo for Everyday Style – Nikki from Styling You‘s fashion for the everyday. 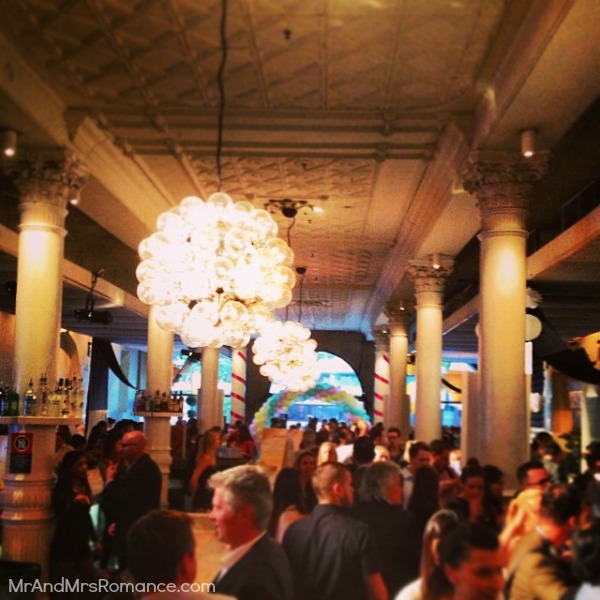 Tonight is Merivale’s latest edition of March into Merivale 2014. This time the Establishment is playing host to Just Desserts, a selection of all the delicious sweets available from Merivale venues. We make the most of it and pig out! 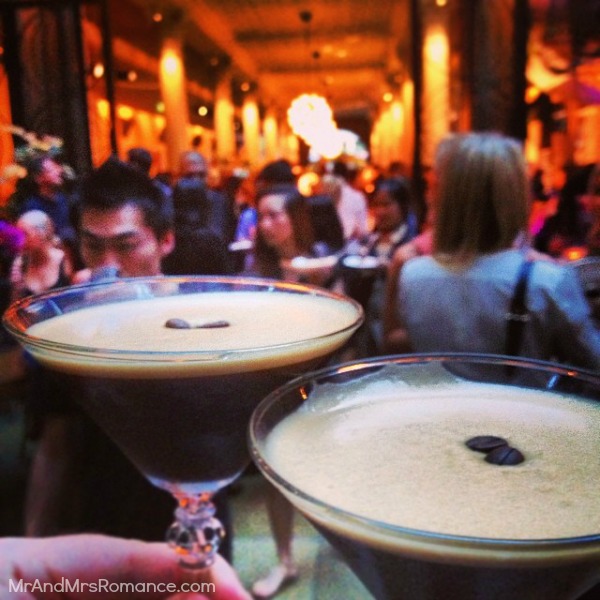 We finish off the evening with an excellent espresso martini each – available from Establishment’s terrace bar. 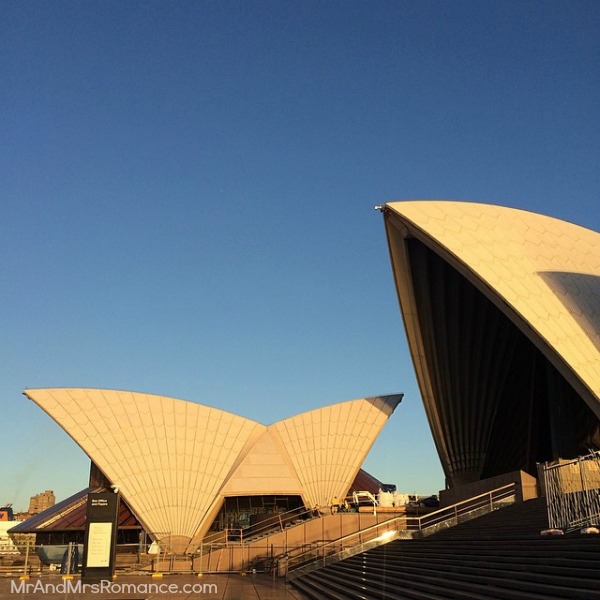 Mrs R is up again bright and early to get her exercise hit and check out sunrise on the sales of the Opera House. It’s such an iconic building. It still gives me goosebumps every time I see it. 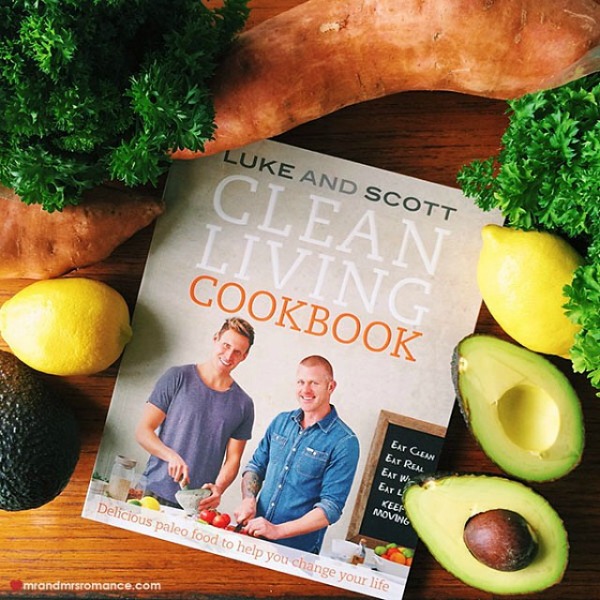 We’ve decided to run a competition on Mr and Mrs Romance this week. We have a signed copy of Luke and Scott’s latest book the Clean Living Cookbook to give away.

If you’re not sure who they are, Scott and Luke were finalists in the popular cooking show My Kitchen Rules. Here are more details on how to enter and what the book’s about. 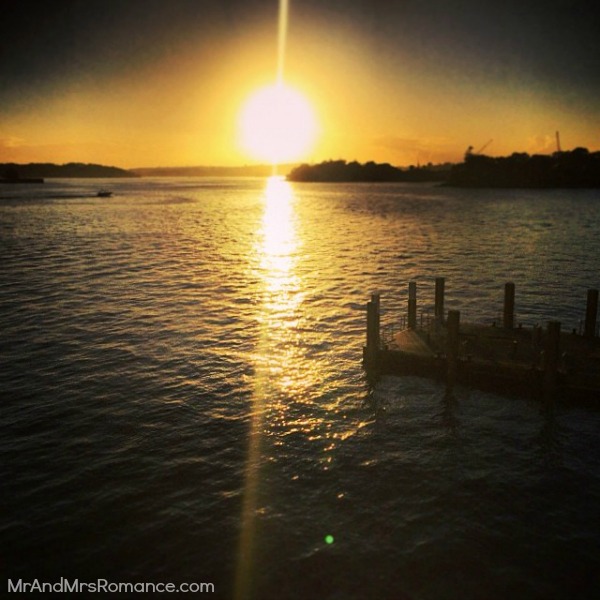 Mrs R is back down on the harbour shoreline again this morning. I think she should start a new range of these sunrise photos! 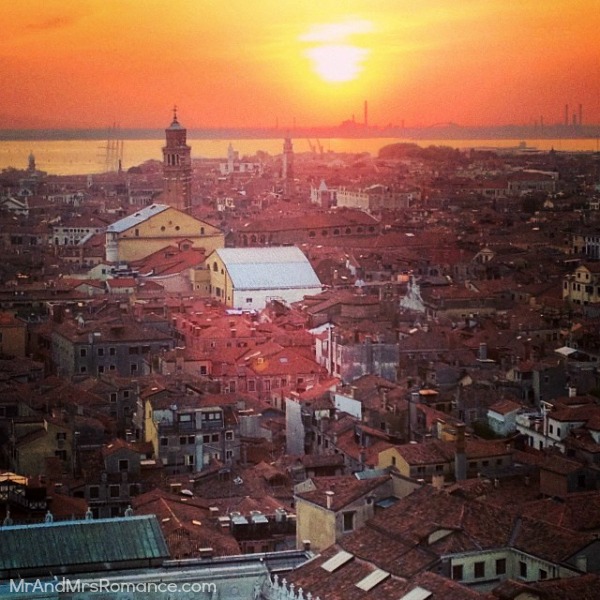 We talk about catching taxis in Italy on the site today. There’s nothing worse than being taken for a ride (in a bad way!) by a taxi driver. Italian cabbies have a particularly bad rep. This post gives you the tips you need so you don’t get ripped off by taxis in Italy.

This is one of our favourite pictures from our last trip to Italy. Sunset from the top of the tower of St Mark’s Cathedral in Venice – spectacular! 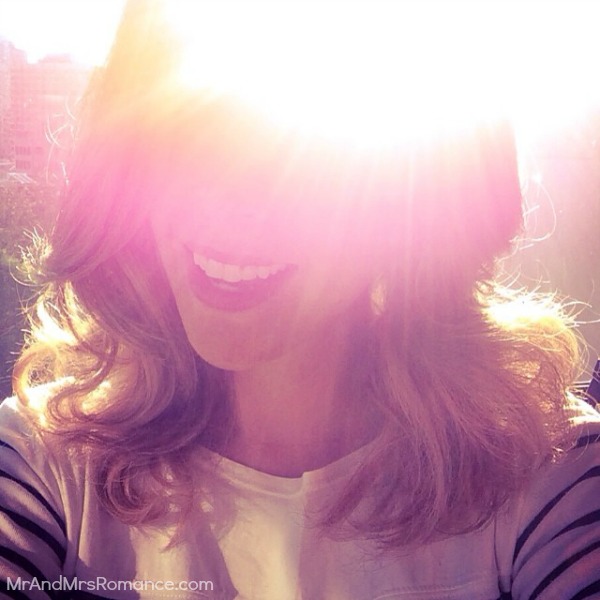 Mrs R’s the queen of selfies. She’s in a particularly good mood today – she’s just had her hair blow-dried by the outstanding Anthony Nader. What a nice fellow he is! 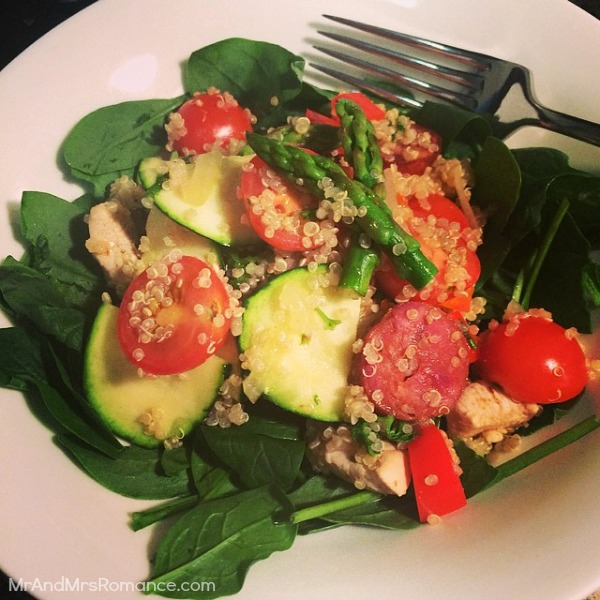 Dinner tonight is that rare combination of being delicious and healthy. Chicken and chorizo with capsicum, zucchini and asparagus salad on a bed of baby spinach. 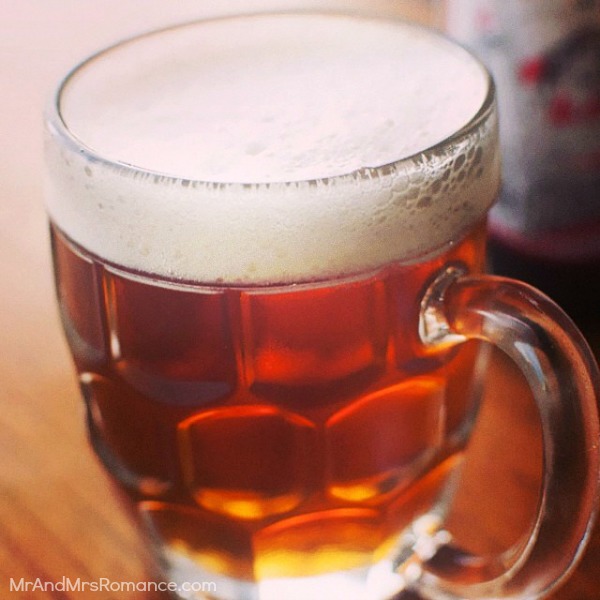 As you know, I quite like craft beer. Since it’s become more popular and more commonplace in Australia, Mrs Romance has got into it a bit more too. It’s not easy to change drinking habits – especially if previous experiences have been bad – because of bad beer! We’ve got the solution to your problems.

This is the last bottle of one of my favourite beers from Burleigh Brewing Company in the Gold Coast. We think it’s the perfect prop for our 5-point guide to choosing a craft beer you’ll like. 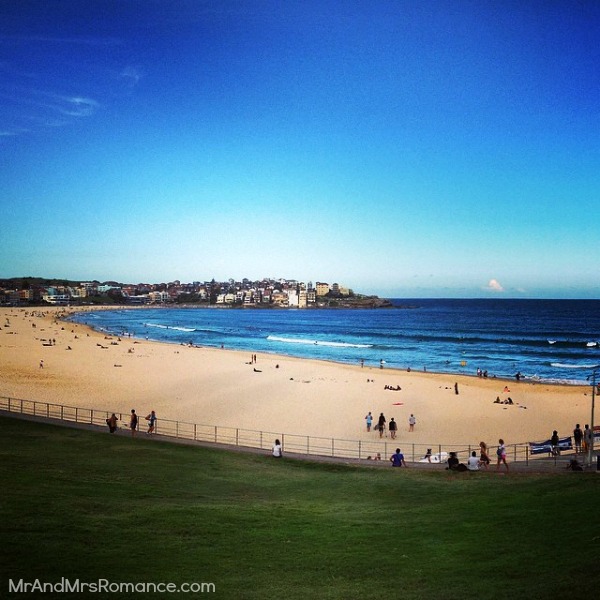 This afternoon, we head over to Bondi Beach. It’s been a lovely day so we’re surprised to see so much sand showing on Australia’s most famous piece of coastline. 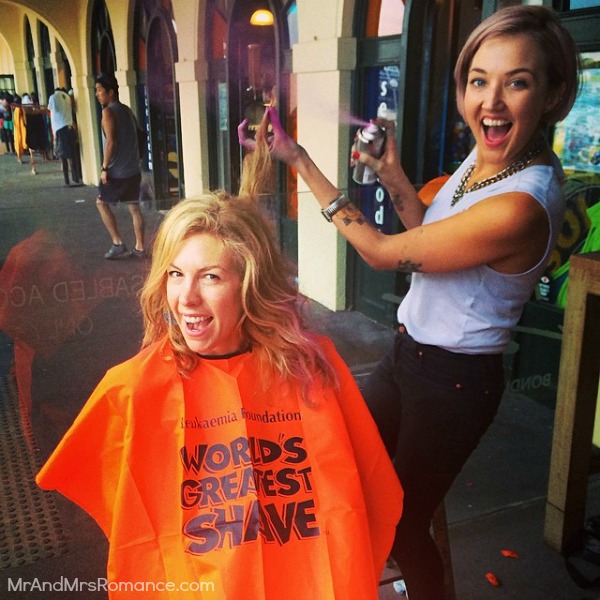 We’re in Bondi to meet up with an amazing couple of friends, Paul and Ewelina from ReFoil – a remarkable company that recycles foil used in colouring hair.

While we’re here, we drop in to the Bucket List where Stevie English and his crew are taking part in the World’s Greatest Shave – a fundraising event making money for the Leukemia Foundation. Mrs Romance gets involved and has her hair coloured! Leah has done a great job colouring Mrs R’s hair. It’s only a temporary spray, which was the better option, I think. I don’t think Hair Romance would be quite the same if the star of the show has a number 1 all over! 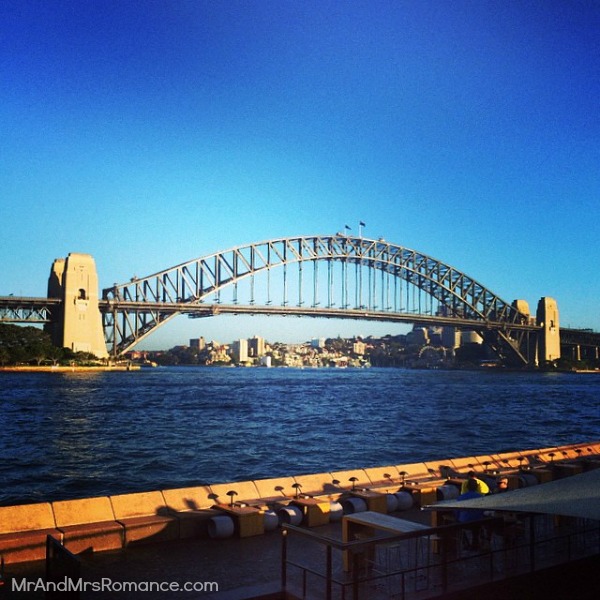 Another of Mrs Romance’s portraits of the Harbour. It’s amazing – I really don’t ever get bored of looking at this view. 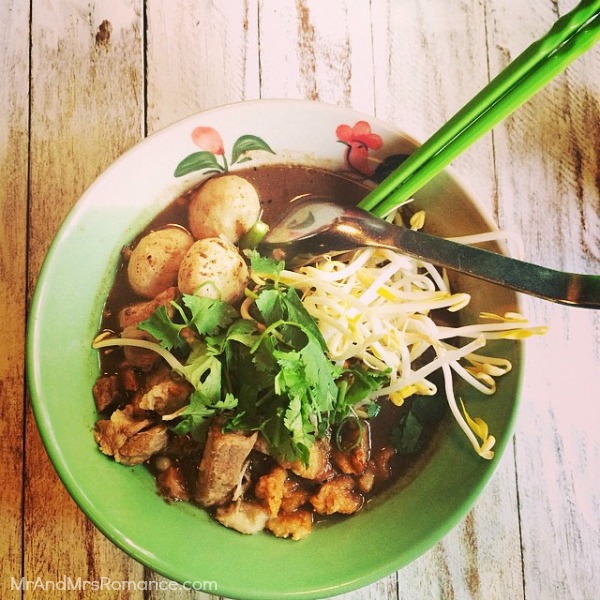 How good does this look? It’s my pork boat noodle soup. It’s a delicious Thai dish but it does have a slightly gory ingredient. The broth is made (not entirely) with pig blood. Grim, yes. Delicious? Once again, yes. But it’s put Mrs Romance off it for good, which is a shame.

It started a conversation we have published on today’s He Said, She Said column: are you and your partner food-compatible? 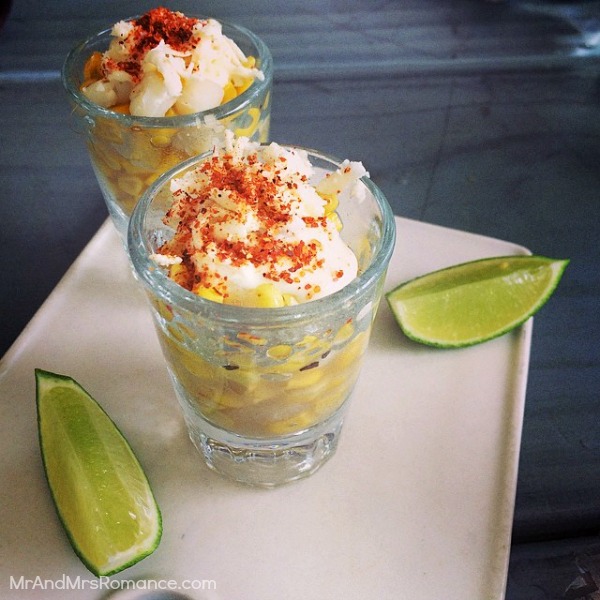 Today, we’re back in Bondi. This time it’s to try the delights at the new Mexican bistro and cantina Mr Moustache. The food’s excellent – this is was shot glass of corn, a kind of cheese and a creamy dressing. It’s really very tasty. 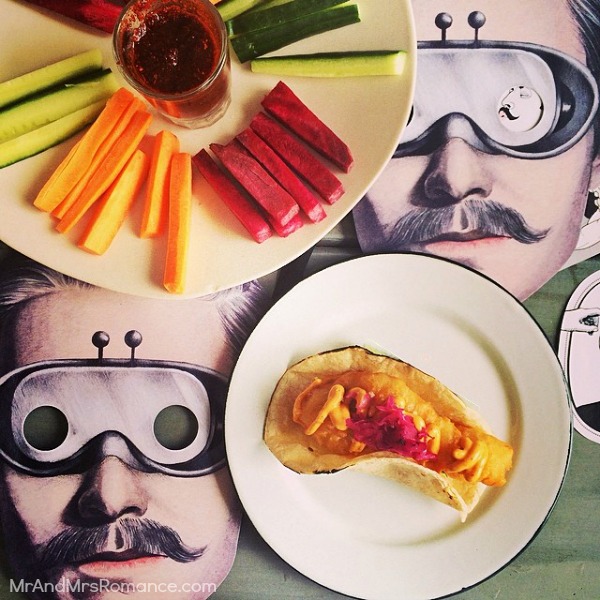 We love the branding at Mr Moustache, which has been really well-crafted. As have the fish tacos. We also try the crudites with the sizzling spicy dip. Both delicious. 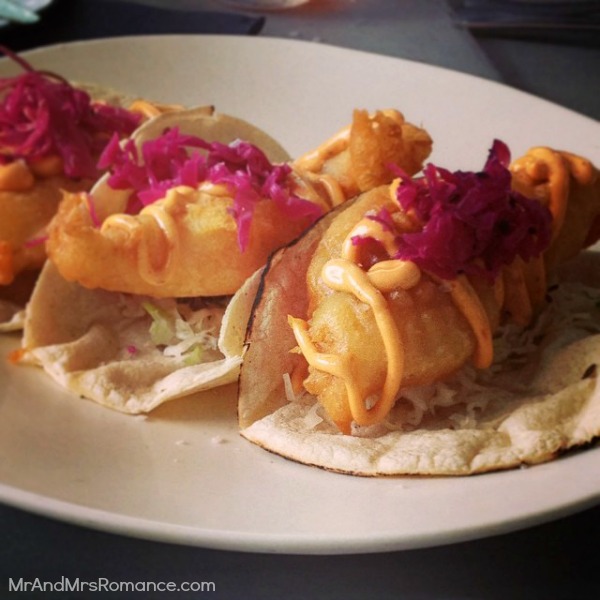 On closer inspection, the fish tacos are beer battered with a spicy mayo sauce and pickle onion slaw.

But it’s the bar of Mr Moustache that makes the real difference. They have the largest array of mescal – a product that I personally think is not only a million times better than tequila, but a drink with as much depth and character as scotch.

You can rest assured there’ll be a fuller review of Mr Moustache later. 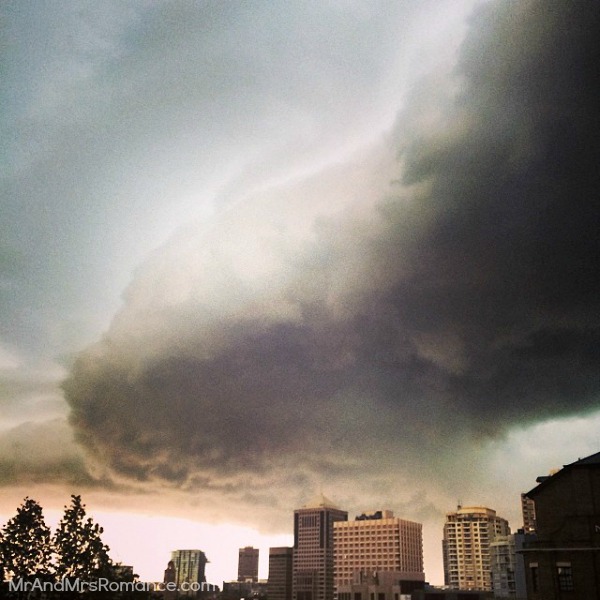 Later this afternoon, just before we’re about to go out for a friend’s birthday, this cloud comes over and soaks the city in rain. It’s like the apocalypse. 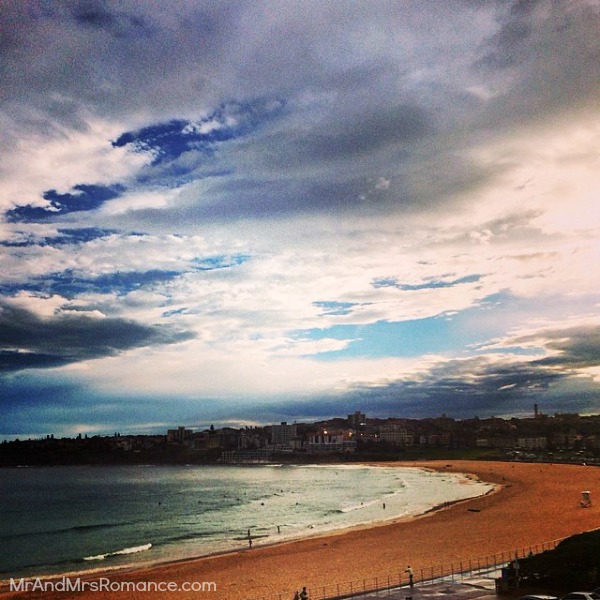 Amazingly, by the time we get to Bondi (that’s three times in two days!) the storm’s passed and the sun is out again. And once again, the beach is empty. Typically, we leave our umbrella at the restaurant. 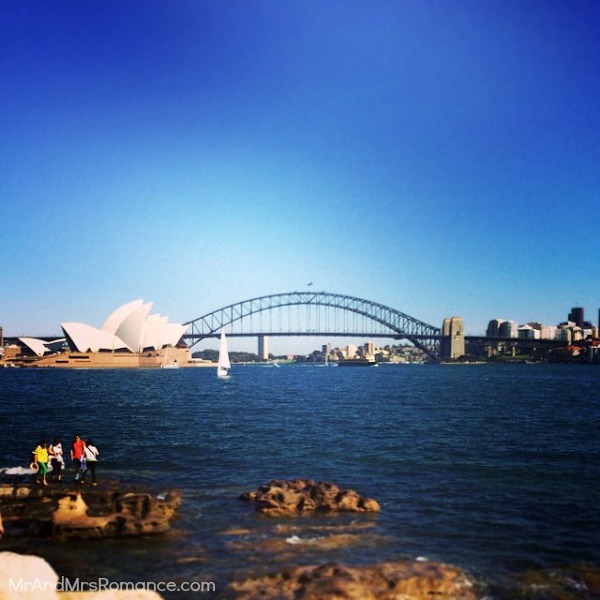 This morning’s picture of the Harbour is with the promise of a hot, clear day. Everyone’s out and about. 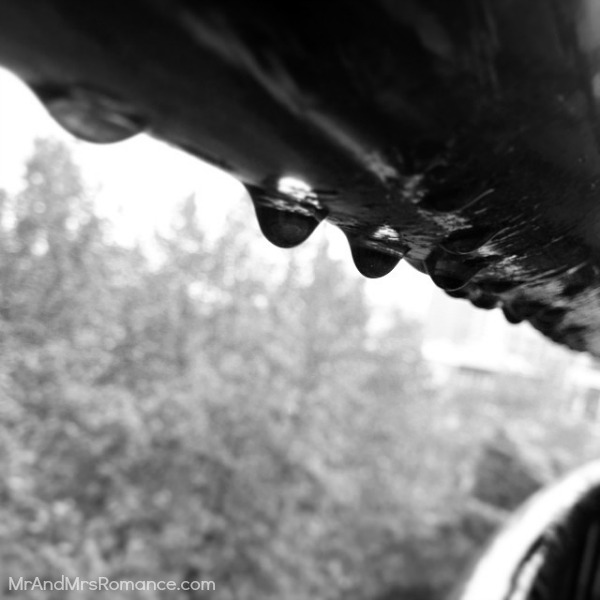 This good weather doesn’t last though. Soon enough a huge dark cloud comes over and drops another load of rain over Sydney. We’re kind of happy if truth be told. It’s a good excuse to stay home, do a bit of blogging and watch telly!

That’s what Sunday’s are for if you ask me: chilling out and doing what you want with whoever you want. 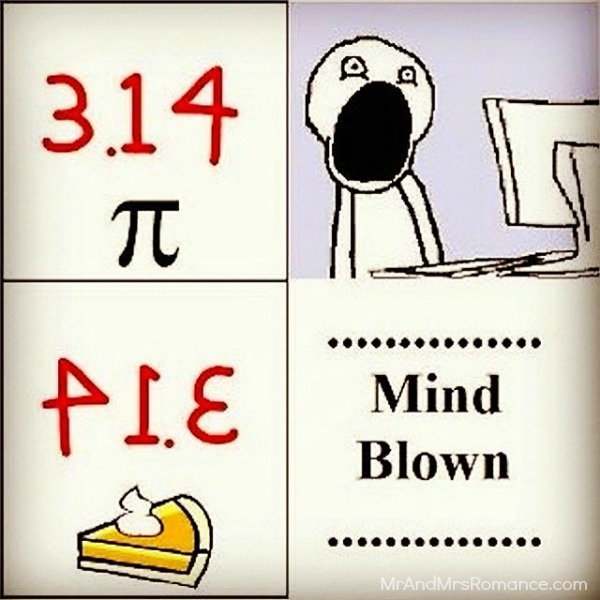 I couldn’t help but include this excellent cartoon explaining Pi in a way I can finally associate with.

Have any decent meals last week (pie or otherwise)?

Our essential guide to Tulum, Mexico

A tiny township sat snug on the Mexican coast, Tulum is a haven for peace and relaxation. A far cry from the hustling bustling…