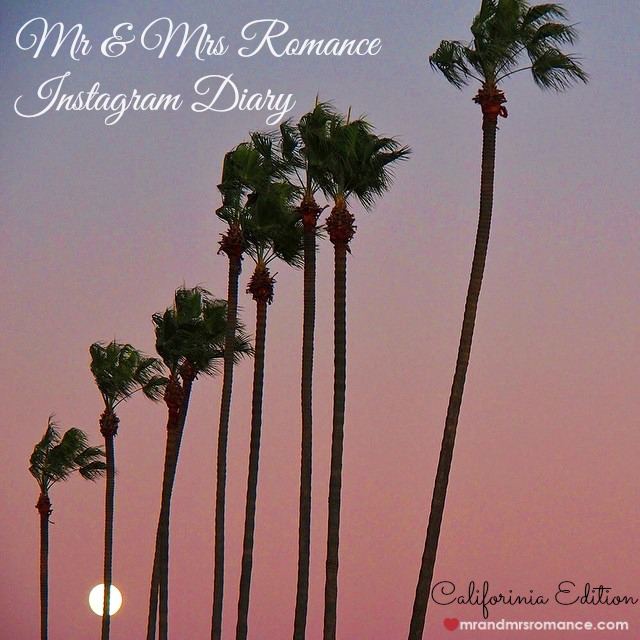 So in last week’s Instagram Diary, you might’ve seen our pic of the cigar I had. Well, we were enjoying the backgammon there so much, we decided to go back to Churchill Cigar Lounge for a rematch – and another cigar of course!

This morning, Mrs R came back from the shower and mentioned she’d had to wash her hair not once but twice.

“Because my hair was still a bit stinky from the cigar smoke,” she explained.

“It was probably the guy sitting next to us. His smoke was blowing right over you.”

“Yes, it did smell like his cigar,” she replied.

“Really?” I was astonished. Has my wife suddenly developed an incredible new understanding and appreciation for cigars?

Mrs Romance fixed me with a classic look: “No! I was just being polite!”

Ha ha! Touché, Mrs R. Should know better, really. Still, we’ve had a lot of fun with the backgammon/cigar combo, so stinky hair and witty comebacks aside, I have a feeling we’ll be doing that more in times to come. 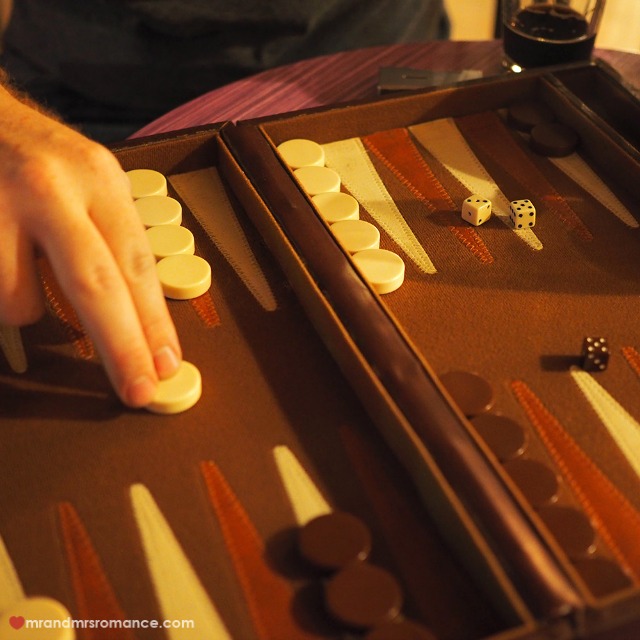 You never know, I might actually beat Mrs Romance at this bloody game one day! 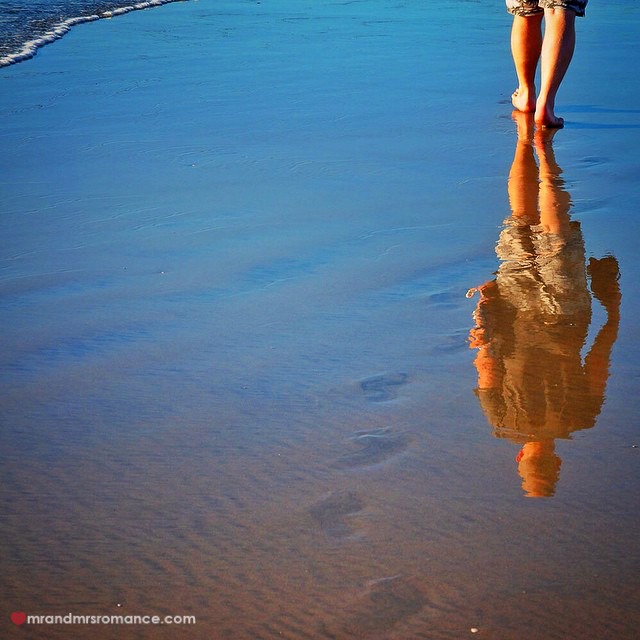 Today (after Mrs R’ s hair had dried) we headed to the beach. It’s still so warm here in San Diego – Pacific Beach is just the perfect spot to take a walk along the shore. The water’s pretty cold, but it’s not bad at all on the feet! 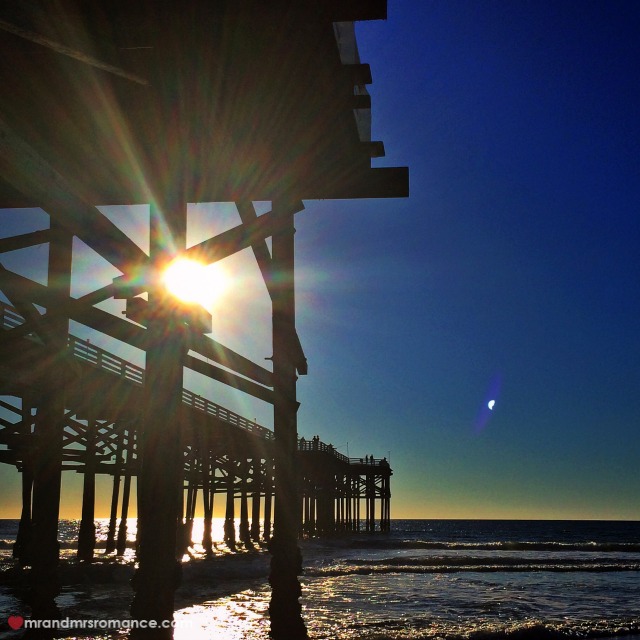 The pier that stretches out from Pacific Beach – Crystal Pier – is a photographer’s dream. You can walk right under the beams of this 1920s relic – alternatively, you can stay in the cottages on the pier itself. Crystal Pier Hotel has been around since the ’30s and would be a pretty unique place to stay. Each of the villas is self-contained and even has its own drive and parking! 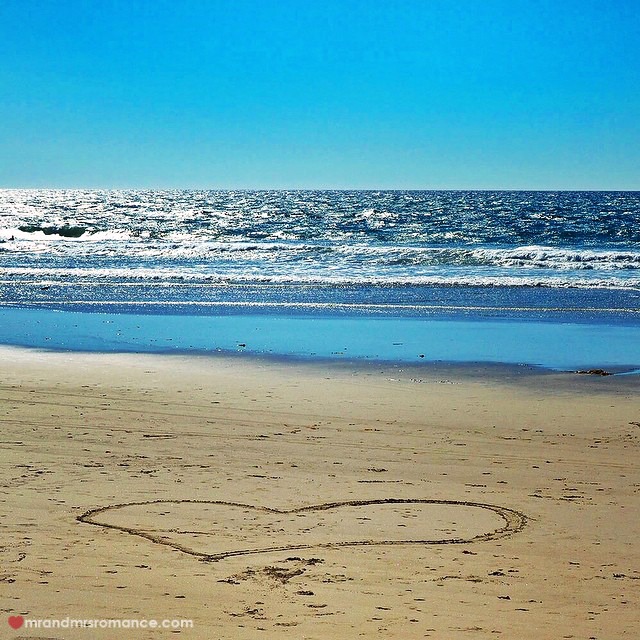 The beach itself – known affectionately as PB to the locals – is a popular spot for a romantic stroll. It’s also one of the more exciting beach suburbs of San D, with lots of bars and eateries. I’d recommend the PB Ale House. It’s a microbrewery, so the beer’s good, but the food’s worth coming here for too. 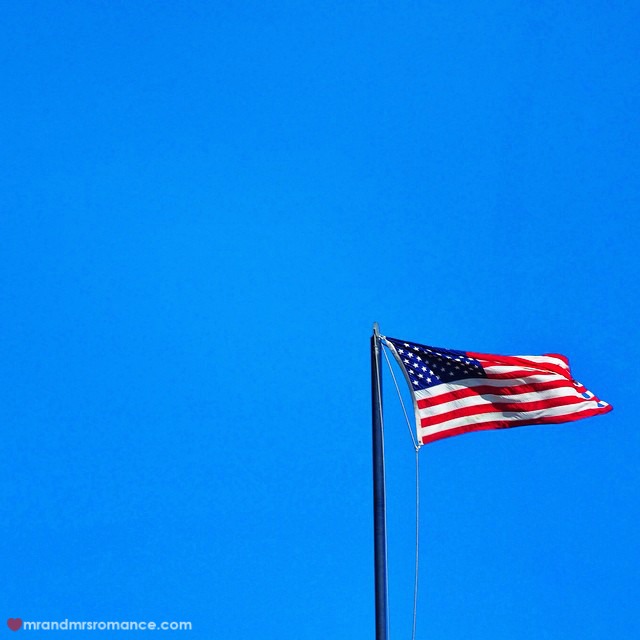 Today is Veterans Day here in the USA. It’s a public holiday where everyone remembers lost servicemen and women worldwide. It’s 11 November – the date the guns on the Western Front of WWI finally stopped. 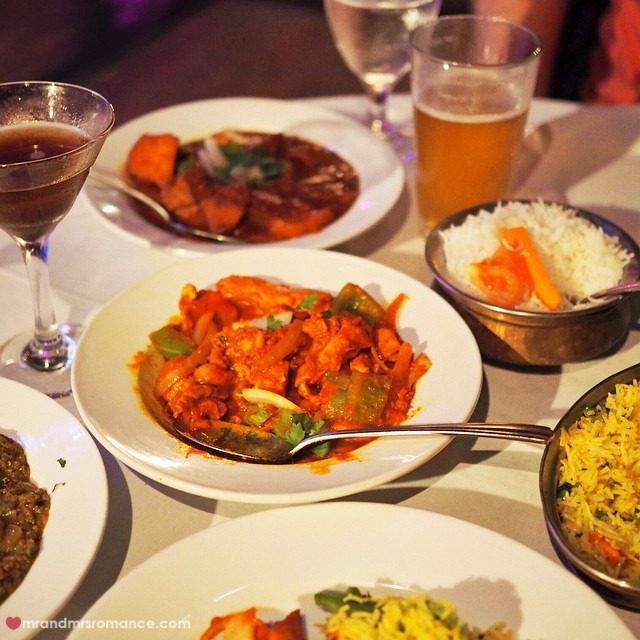 We’re at a loss tonight. Not sure what to have for dinner. I’m kind of over Mexican food… for now… so we pop into one of the two Indian restaurants in Hillcrest. You know what, it’s really pretty good. My lamb vindaloo is spicy and full of flavour and Mrs Romance’s chicken madras is delicious.

We’ve also ordered a brinjal dish, which is one of my favourites to make at home. The eggplant’s been cut – almost minced – into tiny pieces but the texture’s good and the flavour’s definitely there too. My garlic naan (which they forget about initially) is awesome.

The place we’re in – the Bombay Exotic Cuisine of India – is also the first place in the state to import Kingfisher lager from India. Surely that deserves some credit, doesn’t it? 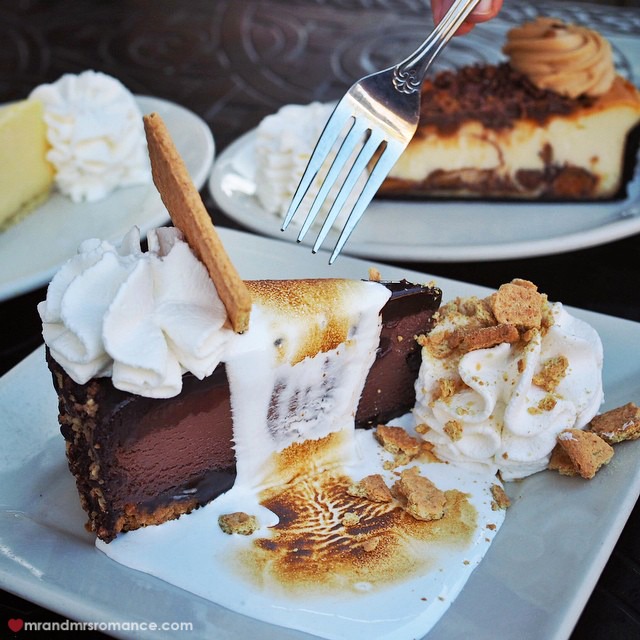 Today has been an exceptionally bad day. I was supposed to be joining a wine tour today, but my computer broke. Mrs Romance and I headed out to the Apple Store where I was to leave her, head home and wait for my tour guide to pick me up.

Instead I got horribly lost, missed the tour and ended up back at the Apple Store. The whole thing’s the end of a string of little horror shows that began from waking up this morning to discover my computer’s fault had caused me to lose a whole load of work, then the headphone cable got so tangled I ended up unplugging my computer again by accident, which caused another loss of data… it’s been a bad morning.

Mrs Romance has managed to bring me back round though. With cheesecake! Master stroke, Mrs R!

We’re in the Cheesecake Factory – a place Mrs R has been on about going to since we arrived. I didn’t think I’d like it here, but the cheesecakes! Oh, dear lord!

Sensibly we’ve eaten something savoury before our cheesecake gluttony – the other food they do at the Cheesecake Factory’s really good too. And they serve cocktails! 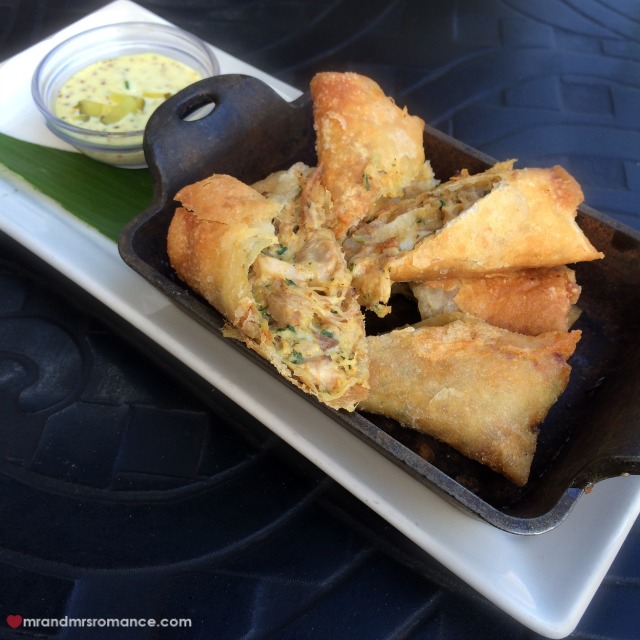 These are my Crispy Cuban Rolls from The Cheesecake Factory. Not sure what’s particularly Cuban about them but they are delicious! Crispy wrappers filled with slow roasted pork, ham, melted Swiss cheese, pickles and mustard! 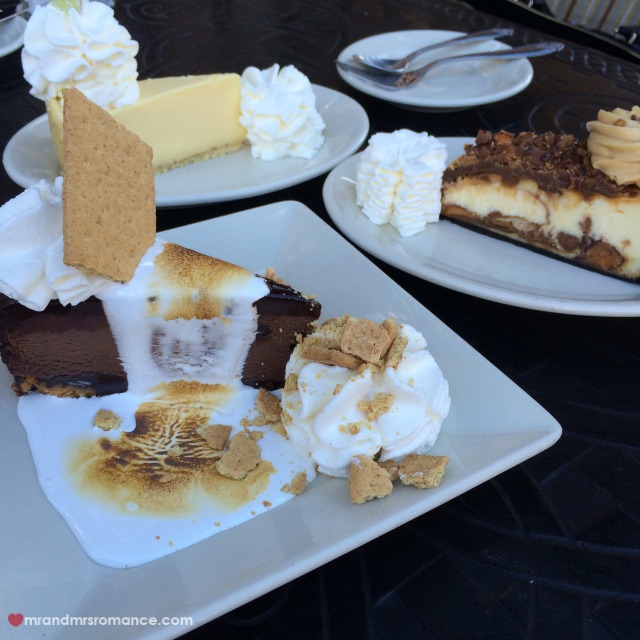 Because we can’t decide on which cheesecake to try, we order three.

The key lime cheesecake is tangy and fruity. Very nice. The one on the right at the back is the Chris’s Outrageous Cheesecake (I thought It’d be funny for Mrs R to order) is sensational. The Cheesecake Factory’s description is better than anything I could write so here’s their menu listing:

But front and centre is the incredible S’mores Galore Cheesecake:

Of course, we don’t intend to eat all this now, but the staff here are mercifully non-judgemental and the way our server gives us the doggy bag and smiles, we know it’s ok. 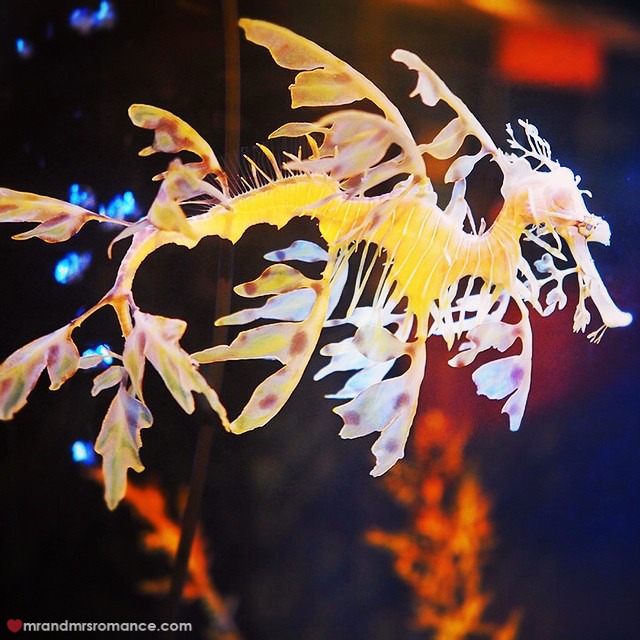 Mrs R’s herculean task of bringing a smile back to my forlorn face continues. We’re off to the San Diego’s Birch Aquarium near La Jolla. It’s only a small aquarium, but they’ve packed a lot in, and there are so many types of seahorse here. I’m not the biggest fan of seahorses, but these are pretty funky looking dudes.

They’re Leafy Sea Dragons, in case you were wondering. There’s another type here too called the Weedy Sea Dragon… not quite so appealling. 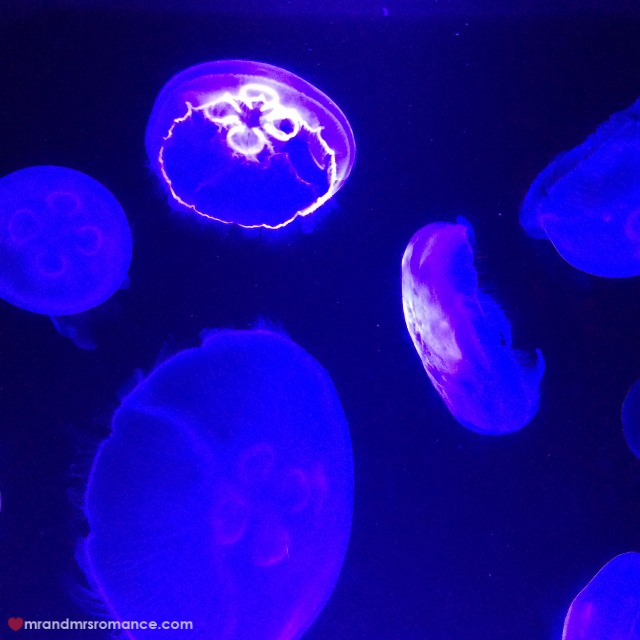 And no trip to an aquarium is complete without a close encounter! Love these moon jellyfish. There’s a similar display of these in Sydney Aquarium and they look just like aliens there too! 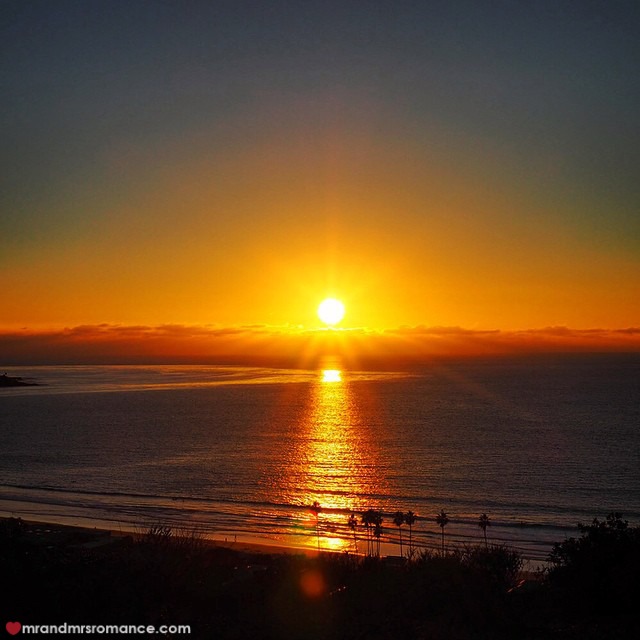 The sea life and the displays at the aquarium are good, but what’s even better is the view from the ‘touching tanks’. At the back of the aquarium are manmade rock pools where you can touch the animals or something. But the view west out over the Pacific is extraordinary.

We got here late so we’d be able to watch the sun go down and we’re not disappointed. Not one little bit! 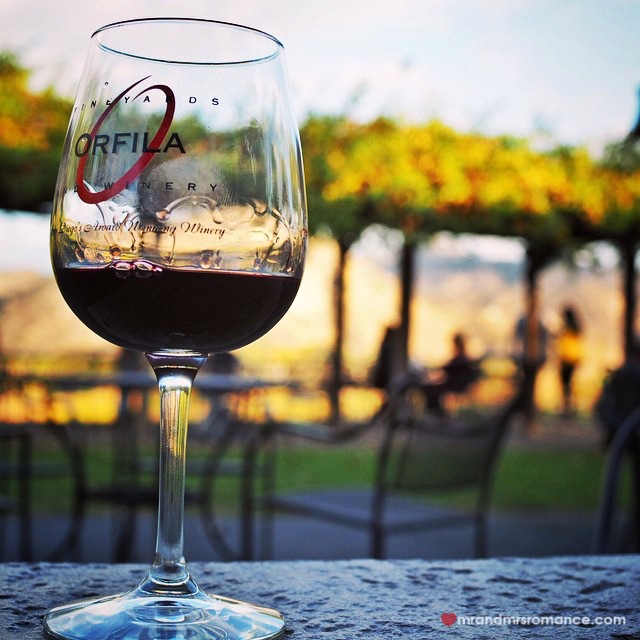 Thanks to a very kind and understanding tour operator, I was able to reschedule the wine tour I missed the other day for today. Paul Anthony from SD Beer & Wine Tours is currently driving me and 7 other wine lovers around the San Diego countryside hunting out some of the best wineries in the area.

Here we are at the second winery – Orfila Vineyards – is one of if not the oldest wineries still in operation in the country. It also has the best views. The vines in the background are on a trellis that runs over a seating area. The winery overlooks the grapevines, which in turn look out over the mountains and foothills of the area’s most dramatic vistas.

This is a beautiful winery. 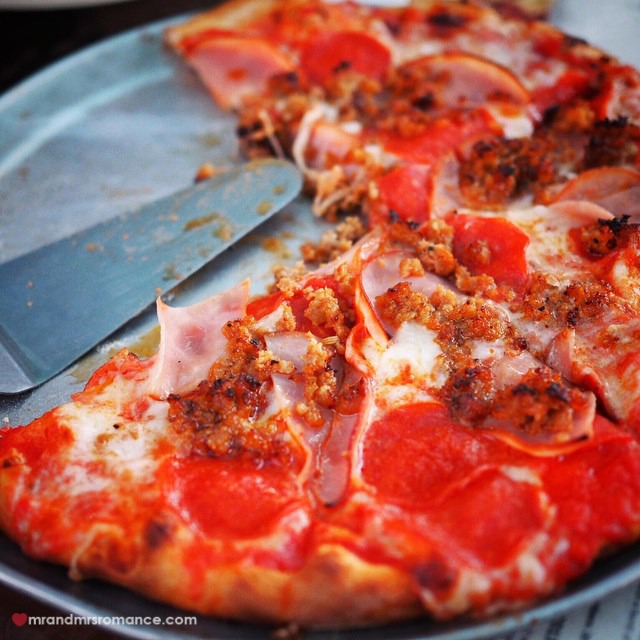 At our third and final winery – Cordiana – we get to sample an enormous 7 different wines! The views here are also exceptional and the sun setting over the mountains is just glorious. But when the woodfired pizzas start coming out, everyone’s faces brighten even more!

In my personal opinion, this meat lovers is the best of the bunch – though the margarita disappears faster than I can snatch a slice up! Must be good, right? They also bring out a gluten-free pizza for one of our party, who says it’s the best GF pizza she’s ever had. High praise indeed!

I’ll be publishing a full feature on the tour, fret not, so keep your eyes peeled for a review of one of the best things to do in San Diego! 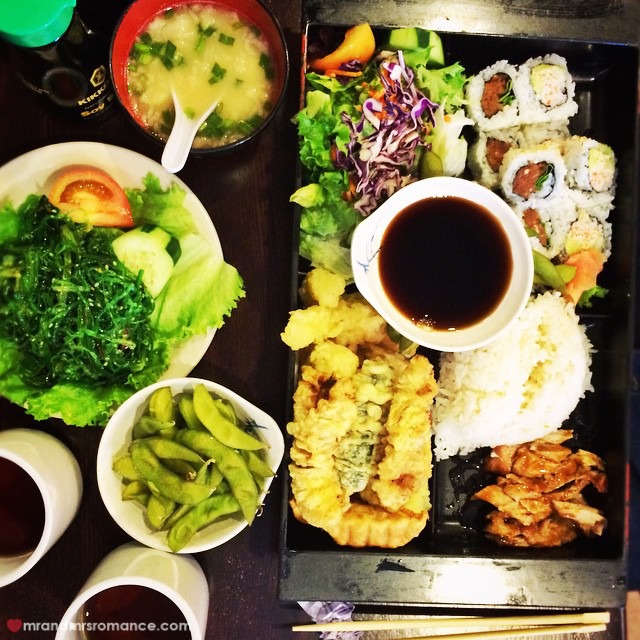 It’s lunchtime! Yesterday my tour guide pointed out his favourite sushi place on Washington Street near our place, so today we’re giving it a shot. The menu here is vast and I’m really bad at making decisions. I end up worrying that if I order one thing, I’ll miss out on something else that’s equally as good or better.

My greedy eye settles on the bento box options. In particular the Deluxe Bento Box. It’s got everything here! It’s perfect.

And then it comes. Oh dear. Too much! Too much food! This has 8 pieces of sushi, a pile of teriyaki chicken, another pile of edamame, a strange garden salad with a dressing, a huge pile of rice, and a soy and vinegar dipping sauce for the tempura quadrant of my meal. There’s tempura zucchini, tempura pumpkin, tempura chicken and tempura prawns!

Oh and a bowl of miso soup that has deep fried… something… in it. I won’t finish this, which is ok. This bento is enough food for four lunches. 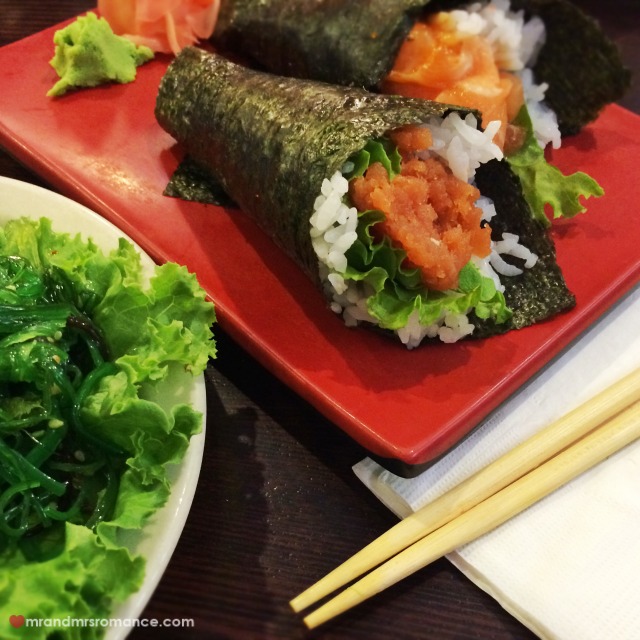 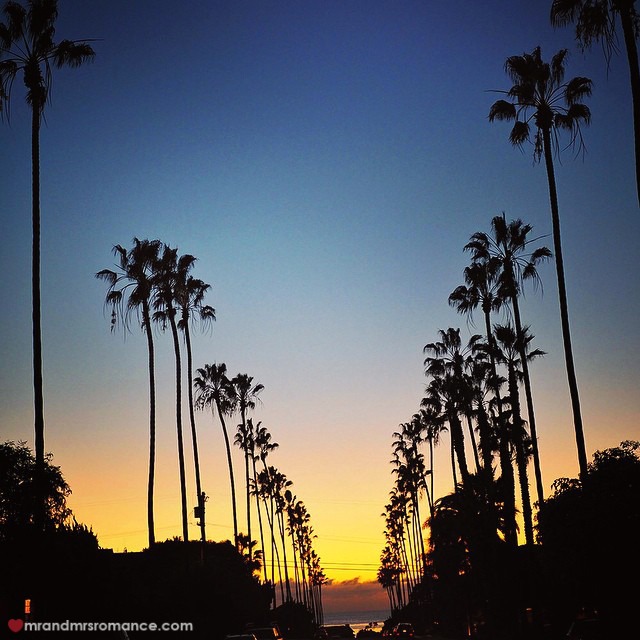 Sunset is an absolute classic tonight! I’m busy driving, but we manage to stop on this little street of big trees to take this.

By the way, those palm trees are all imported! In fact most trees were until the the ’60s when a lot of trees were brought here. Before then, things must’ve looked quite humbling and barren. I think I prefer this version! 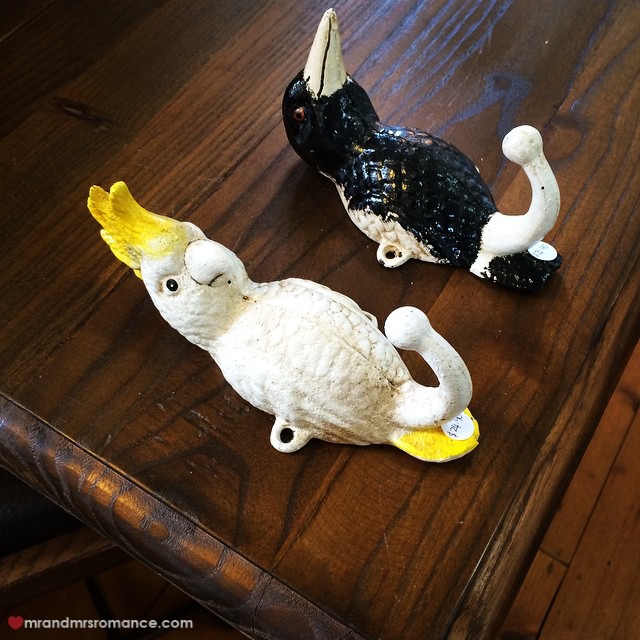 And once again, our final word this week is from the illustrious Angry Bastard! The opportunity to take a photo of something remotely rude is beyond my alter ego’s capability to resist. These bird coat hooks are… well, you can make your own conclusions. I would like to point out though, these little chaps are $24.90 each!

Which cheesecake would you go for from The Cheesecake Factory (here’s a link to their menu)? Do you enjoy going on wine tasting tours? Where’s your favourite place to go? Would you buy an expensive but well-endowed bird coat hook? Tell us in the comments!

A weekend divided, a pizza night shared and a bar launch triple bill

So, did anyone get pranked over the weekend? Any April’s Fools out there? I’m glad to say I didn’t… as far as I know……