It’s not just the quantity of bars that makes Surry Hills Sydney’s premier suburb for a good night out, it’s the quality as well. So how do you decide where to go? Here are our top 5 Surry Hills bars to make you choice a bit easier. 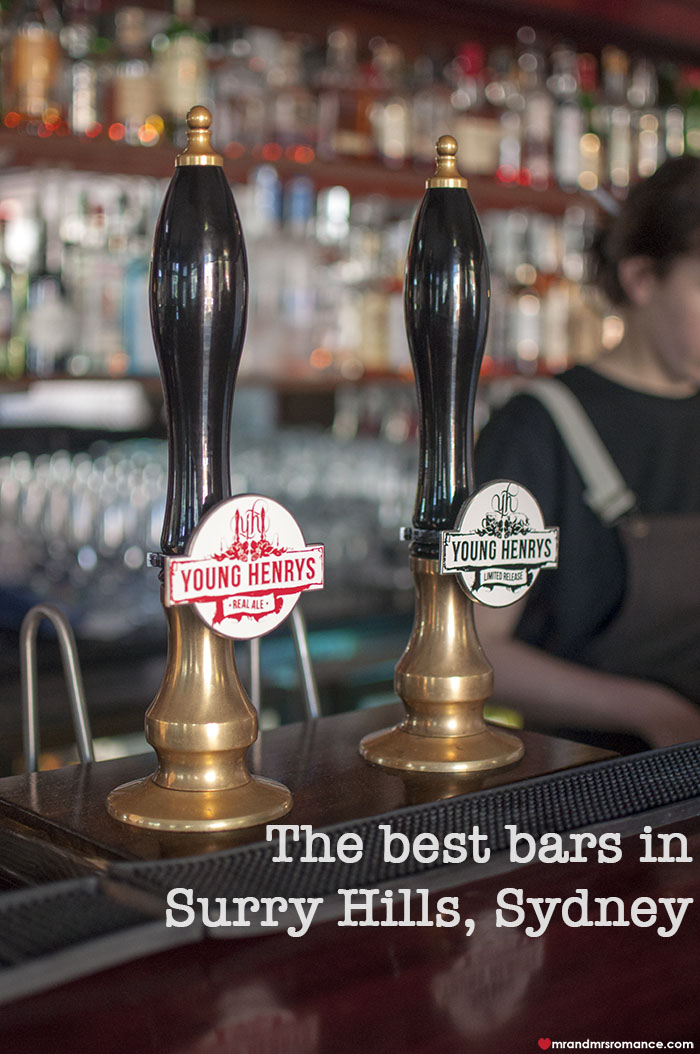 We love heading out for a few drinks in Surry Hills. Within the space of a couple of streets is a microcosm of local craft beer, small batch spirits, amazing food and incredible atmosphere. There are so many places to choose from.

But like with anything, when you’ve got so many options, you usually end up with a few favourites you go back for again and again. That’s us with the Surry Hills bar scene.

We’ve lived in Surry Hills for years now, and we’ve seen this suburb change quite dramatically. It used to be that the only decent places to drink – with a few exceptions – were on Crown Street.

Crown Street’s still good with places like The Clock Hotel and the Dolphin, and Cleveland Street’s becoming an amazing hub for bars – though that’s technically Redfern. There’s also the whole of Devonshire Street that’s worthy of a pub crawl.

And of course there are lots of other cool places dotted all round the suburb. But our focus is on just 2 or 3 little streets in the north-west tip of the suburb.

Here are our top 5 small bars of Surry Hills: 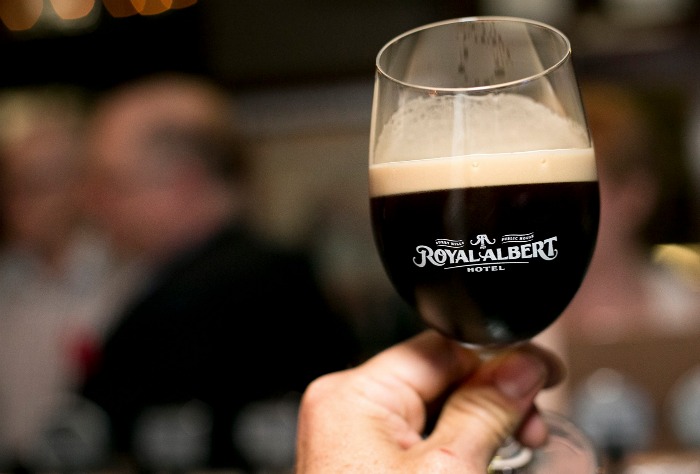 As you may know, this is our all-time favourite pub. The beers are all amazing, the staff are the coolest people in town, the burgers will bring tears of pure joy to your eyes and the atmosphere is just awesome.

Only serving Australian craft beers on tap, this old-style boozer really embraces the key elements of what a proper pub should be like.

Our review of the Royal Albert Hotel. 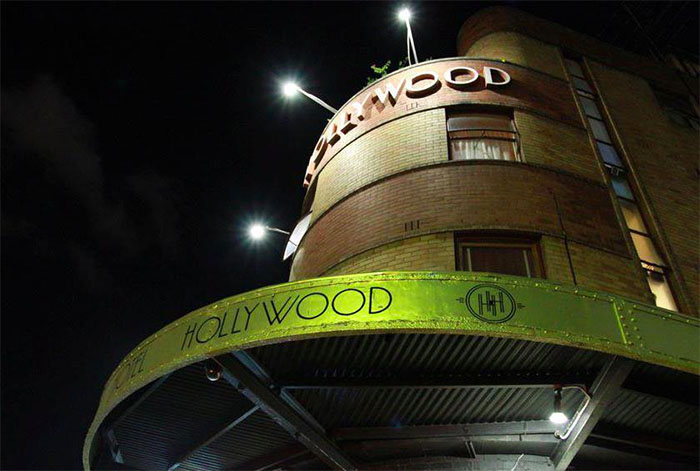 This place, set in a beautiful Art Deco building, has been around for generations… literally. Opened by Hollywood starlet, Doris Goddard, this pub hasn’t changed much since Doris re-opened these doors in the 1977. And that’s to its absolute credit.

Come here for a great schooner of Coopers (best in the city), the old Hollywood photos on the walls and a surprisingly good cheese plate. The music’s also weirdly and eclectically awesome!

You’ll still find Ms Goddard propping up the bar with a big ol’ glass of red most evenings. She’s a lovely lady with a great sense of humour, so make sure you go and say hello. 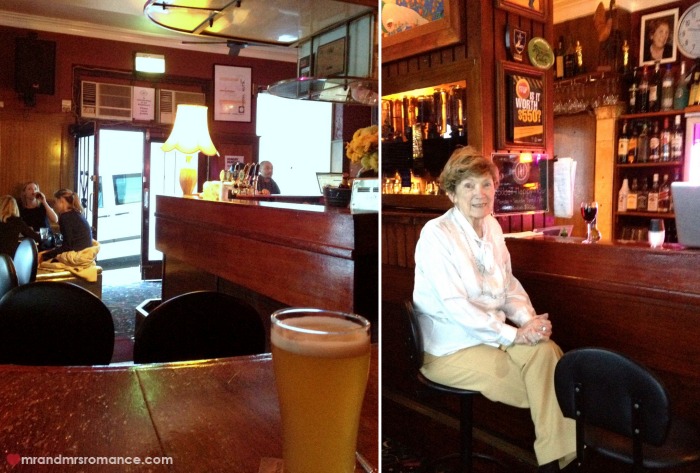 Our review of the Hollywood Hotel.

Within the space of a couple of streets is a microcosm of local craft beer, small batch spirits, amazing food and incredible atmosphere. 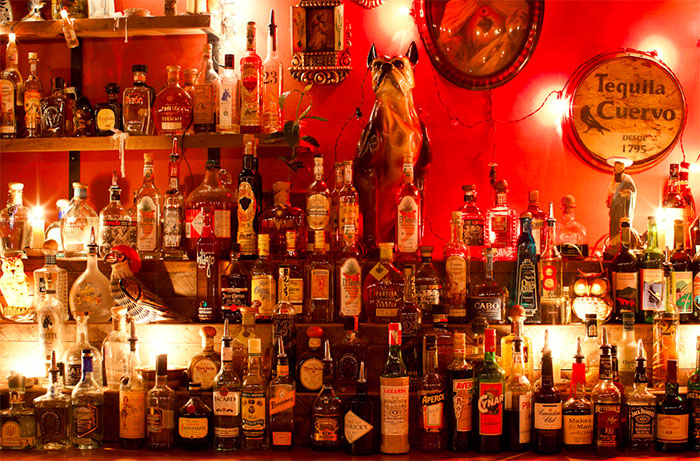 Often only seen as a late-night option, Tio’s certainly picks up as the night goes on. But if you’re after some reasonable tacos, some interesting Mexican beers and the most comprehensive array of tequila you’ll ever see, this is your place.

The staff here have a tendency to be a little bawdy, so don’t bring your gran. But they’re a lot of fun and the place has real character to it.

Our review of Tio’s.

Commonwealth St round the corner from the Hollywood.

Part of the Paramount Coffee Project cafe and the Golden Age Cinema, this little underground speakeasy is strangely connected with the Hollywood Hotel across the road.

This Art Deco building used to be Paramount Pictures’ screening and distribution office, which is where the Hollywood got its name.

Now this beautiful little bar feeds and waters punters coming to watch one of the classic movies shown on its 55-seat cinema screen previously used by execs viewing films prior to their release.

You don’t have to be here to watch a film. The bar’s open to all comers.

Our review of the Golden Age Cinema and Bar.

Corner of Commonwealth St and Hunt St opposite Longrain restaurant. 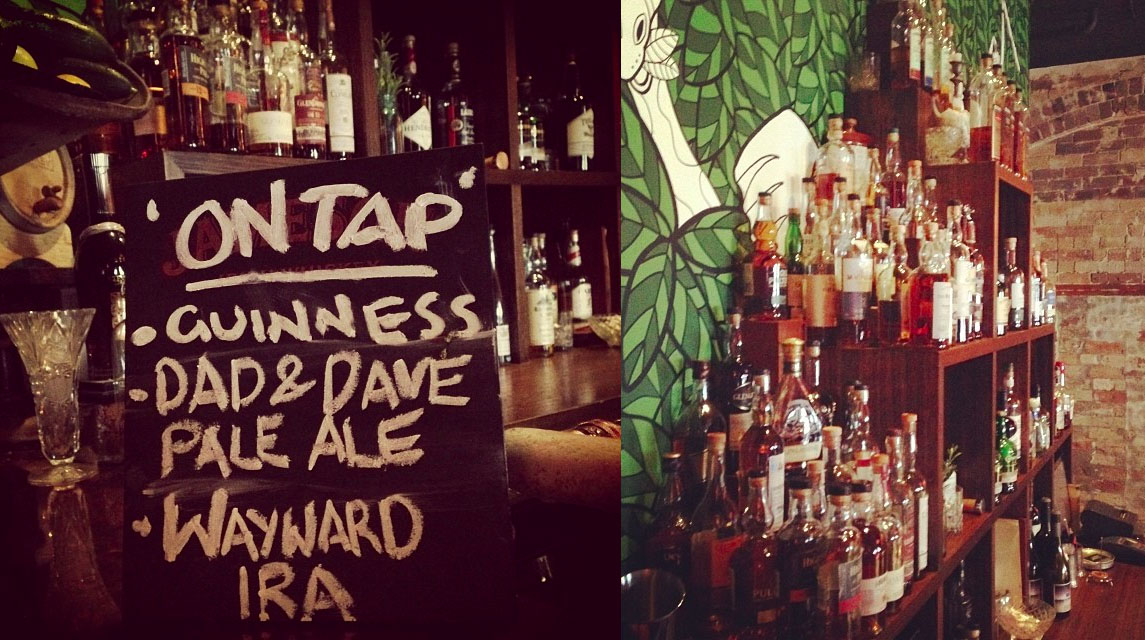 Pushing through its massive, oversized front door, The Wild Rover welcomes you with a warm, Prohibition-style speakeasy atmosphere. The beardy barstaff will hail you to the bar on sight and deliver superb cocktails that will make you very happy you came.

They don’t do much in the way of food here, so make sure you eat before you come in. The cocktails are unabashedly strong, but that’s what this place is all about.

I could spend all night in this one bar – but with everything else going on so close by, I’d feel like I was missing out on something!

On Campbell St near the corner of Foster St.

As a couple of bonus bars, we feel we should also mention Bar H and Nomad on this list. Both are excellent bars and well worth a visit. They also double up as restaurants, so if you want to drink and eat, these are superb options for you.

Bar H is on the corner of Campbell and Foster – opposite The Wild Rover.

Nomad is on Foster Street next door to Tio’s.

Wherever you go in Surry Hills – especially if you choose one of these magnificent establishments – you’re bound to have a fun time.

Do you have a favourite Surry Hills bar? Where do you go in Sydney for a good night out? What do you usually drink when you’re out with friends? Tell us in the comments!

Images by Mr & Mrs Romance or from relevant Facebook pages.

A storm, a festival and a vegan adventure

We hope you enjoyed yesterday’s retro-Diary, catching up with our exploits from New Year’s Day till when I returned back to Mrs Romance and…