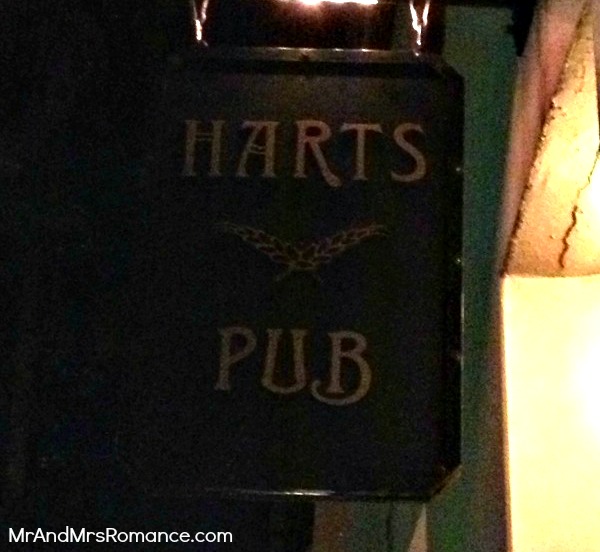 Has anyone noticed how microbreweries have become really popular in Australia recently? Is anyone really that happy about it? If someone asked me those questions, the answer would be a very loud ‘YES!’

One of the pubs doing great things with all things beer is the Harts Pub on the outer rim of the Rocks in Sydney. It’s a big pub but it still gets pretty full in the evenings. The building used to be a row of terraces common in this area of Sydney. It was saved from demolition in 1900 when 109 Sydneysiders died of the Black Death – though only three of those victims were in fact from the Rocks district. 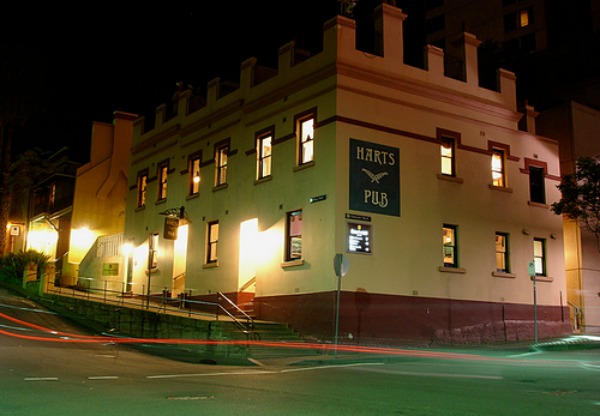 Thankfully any sign of bubonic plague has long gone and the patrons squeezing into the house-like interior of this great pub toast their good health over a glass from the exquisite range of delicious beers – most of which come from the affiliated Rocks Brewing Company. 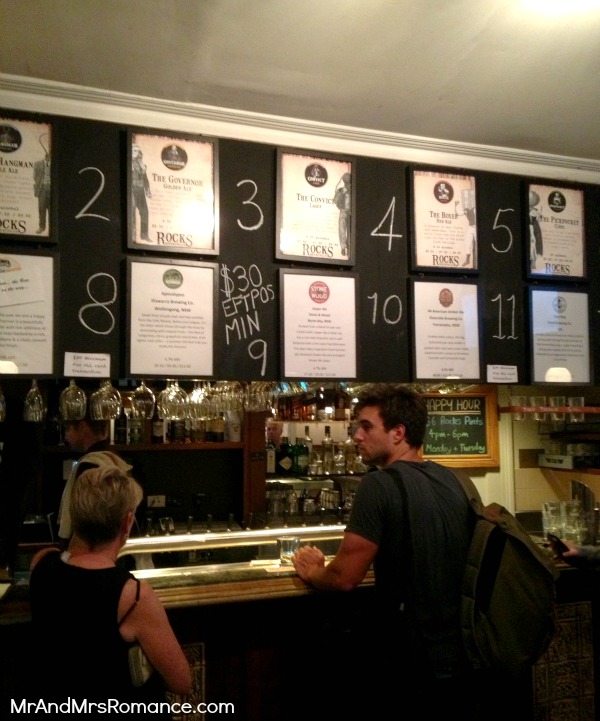 The usual suspects from this local microbrewery are The Hangman Pale Ale, The Butcher Porter, The Pickpocket Apple Cider, The Boxer Red Ale, The Governor Golden Ale, and my current favourite The Convict Lager. They also have a range of local brews putting in guest appearances. 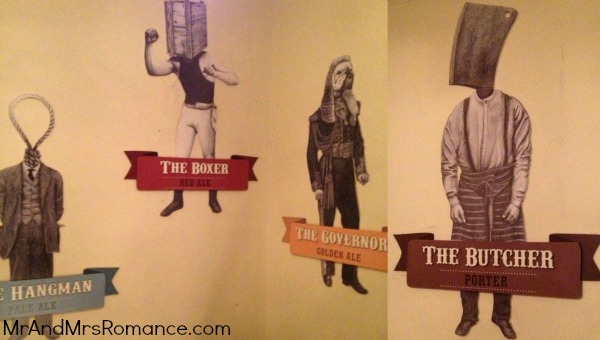 Feeling peckish? The food in the Harts is bloody delicious too. The burgers are awesome (my mate was astounded when the barman asked him how he wanted it cooked: “no one’s ever asked me that before,” he blushed) and another friend was close to spearing my hand when I went for the last of our amazing onion rings.

If you’re lucky enough to get a table, there’s even a very nice rooftop verandah to relax on, and it’s great for people-watching. The pub is connected to the five-star Shangri La Hotel and it’s always interesting to see who comes and goes. 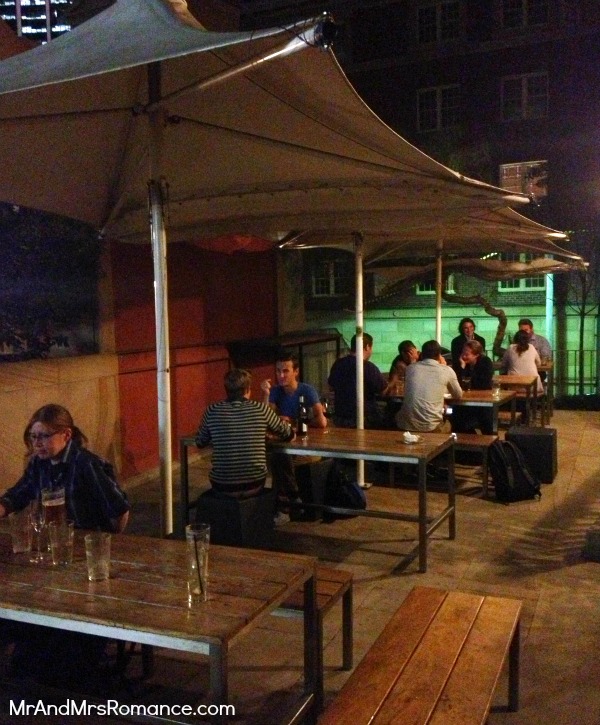 If you’re coming to the pub from the CBD, however, gird your loins. The trek up the hill of Essex Street has been known to kill some and roll many back down its slopes into the city.

Head to the Harts between 12pm – 11pm Sundays, 12pm – Midnight Monday to Wednesday and 12pm till 1am Thursday, Friday and Saturday.

Images by Mr Romance and courtesy of the Harts Pub.

I thought the camera on my iPhone 4S was good enough. I really did. Even when Mrs Romance got her contract upgraded to the 5S,…