It’s rare these days that a pub reopens as a pub, but here’s proof that miracles do happen. Instead of offices, a private home or – even worse – a gym or massage place, the Exchange Hotel, Balmain has come back to life and continued its 130+ year role. 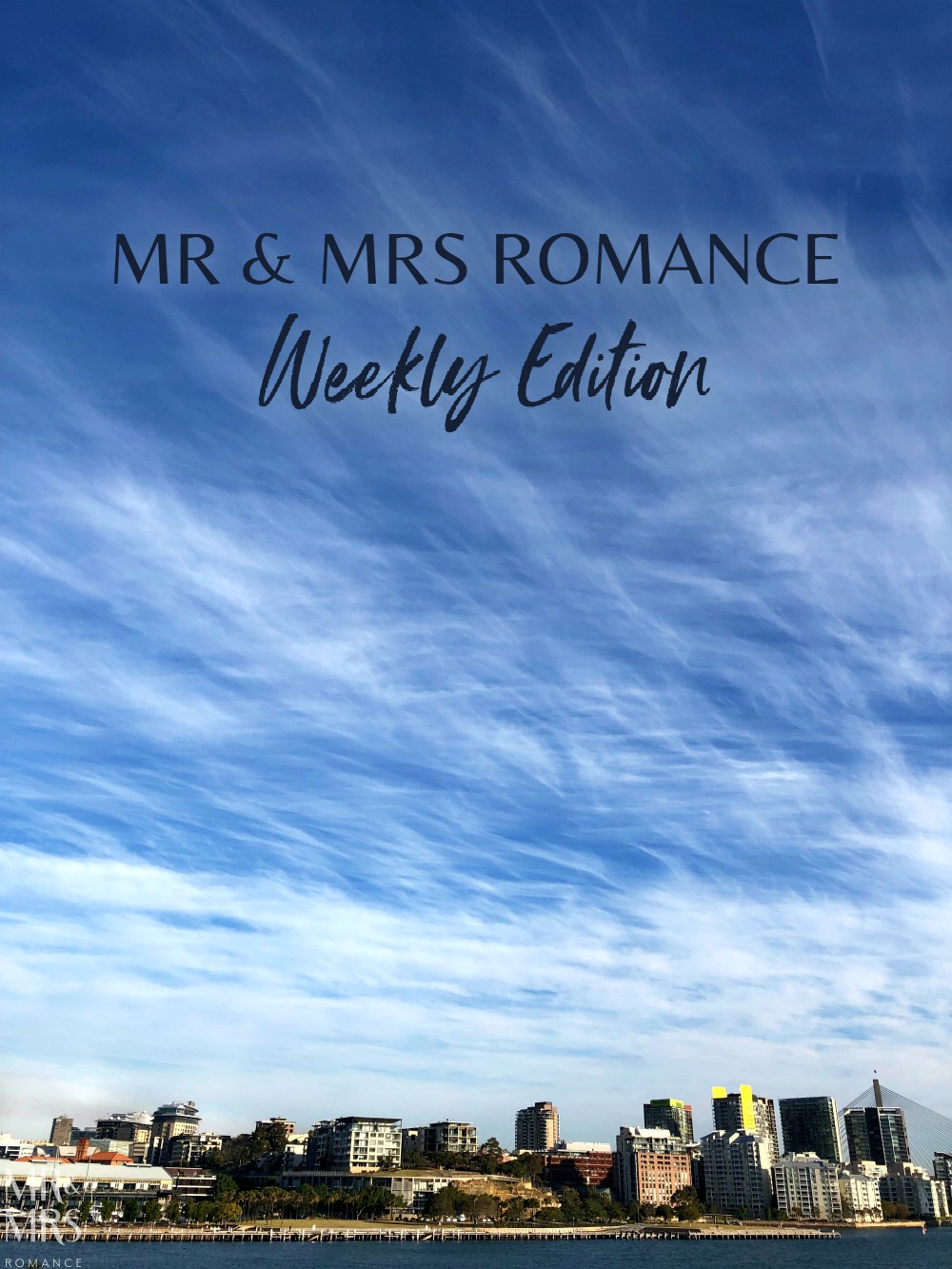 It’s been a busy week for us – in that we haven’t done very much! I know that doesn’t make sense, so let me explain:

As we prepare for our next trip, which begins this Thursday with a journey through Thailand, we’re knuckling down to make sure we’re as ready as possible. For that reason, we’ve only got a couple of things to talk to you about in this Weekly Edition. 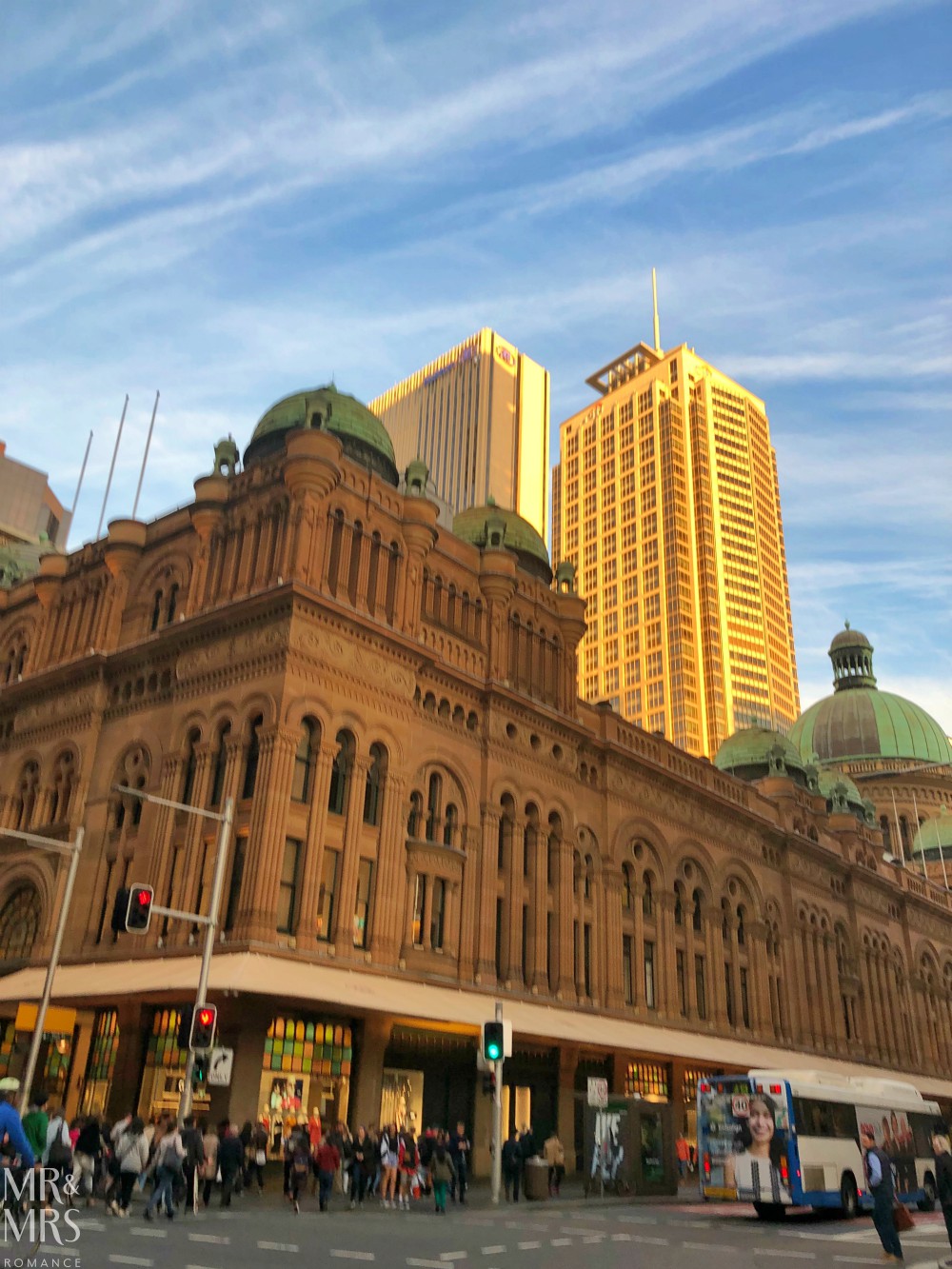 Tonight I’m out in the city to catch up with friends. As I get off my bus, Sydney greets me with an incredible Golden Hour, where – just before the sun sets – the light gives everything it touches a gilt edge. 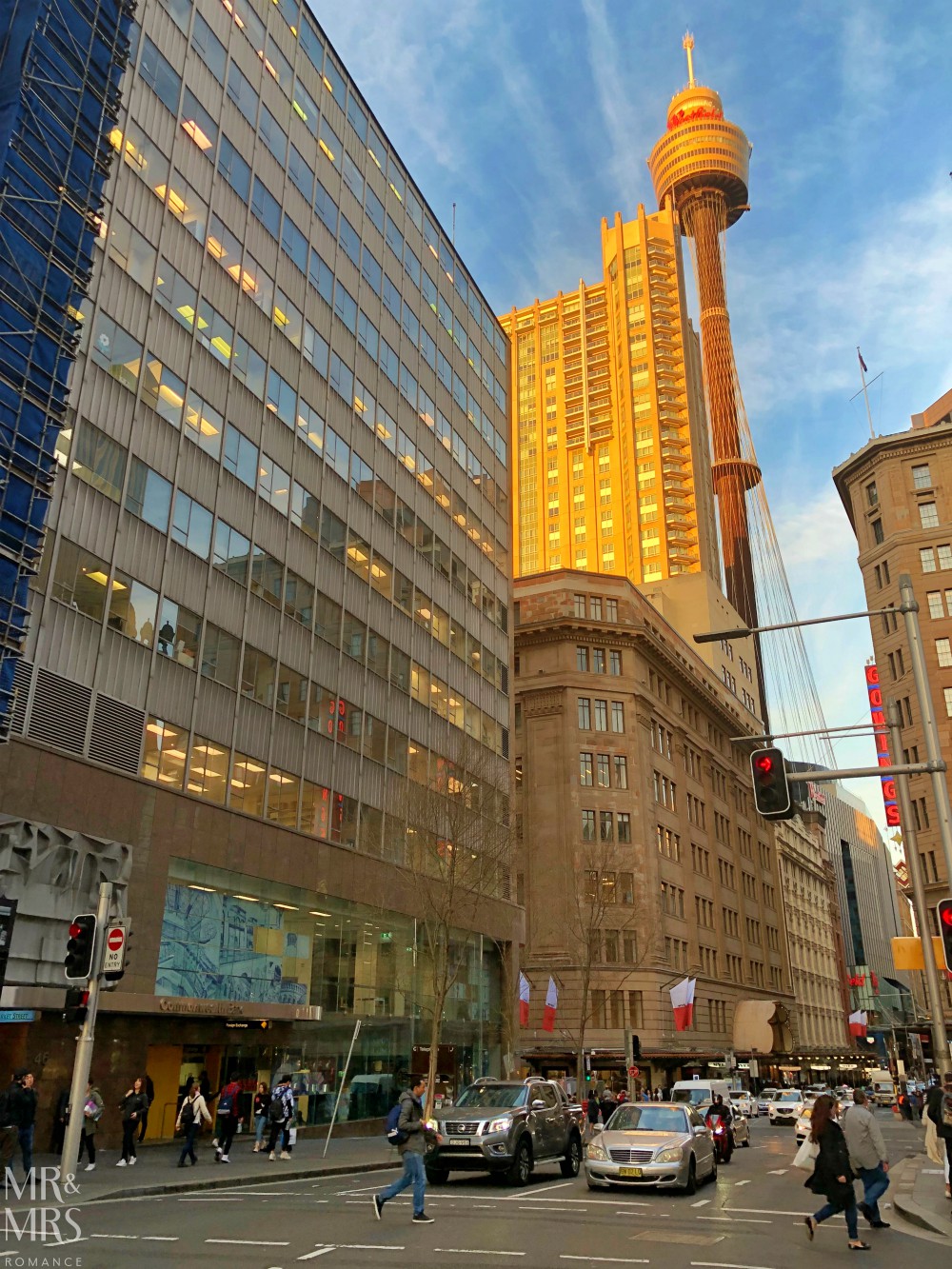 High above the city, Sydney’s highest point – Sydney Tower – is also lit up with the beautiful evening light. Down below, dusk has already settled on the city and people are in a hurry to get home.

Since we moved out of Surry Hills a couple of years ago, Christina and I rarely find the need to go into the city, which is a shame. I’d forgotten how much I missed it.

The problem is, now that we live in Balmain, it’s hard to find the need to leave – even though it’s only a 15 minute bus ride to the CBD. Balmain’s a suburb that really does have everything you need – including a brilliant array of pubs… which brings me to the main part of this story: 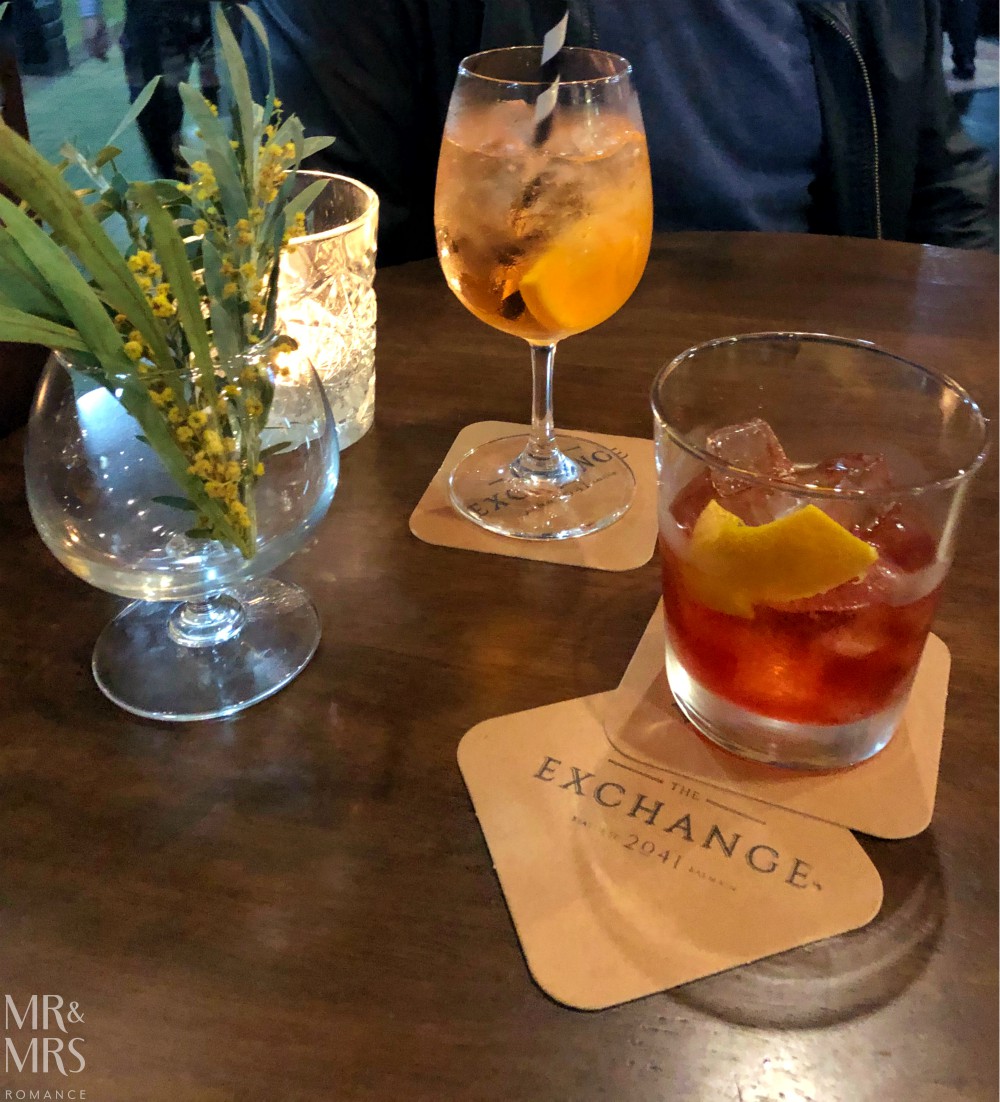 The Exchange Hotel on the corner of Mullins and Beattie Street has done something remarkable.

This pub first opened its doors in 1885 and was part of the drinkers’ institution of this pub-laden suburb for 132 years. But in April 2017, The Exchange locked its doors for the last time and locals groaned with the prospect of another corner property being repurposed.

It’s become all too common a feature of Balmain – a stroll around this pretty suburb will quickly show you how many pubs there used to be here.

Now the sight of the wrap-around balcony the final vestiges of long-since dead pubs tell a tale of a once thriving pub culture.

It’s a surreal feeling to be able to step back inside a pub that you thought would never serve another schooner.

But we’re here at the official launch of this cracker of a pub. And as you’d expect from a Balmain boozer, it’s full of surprises. 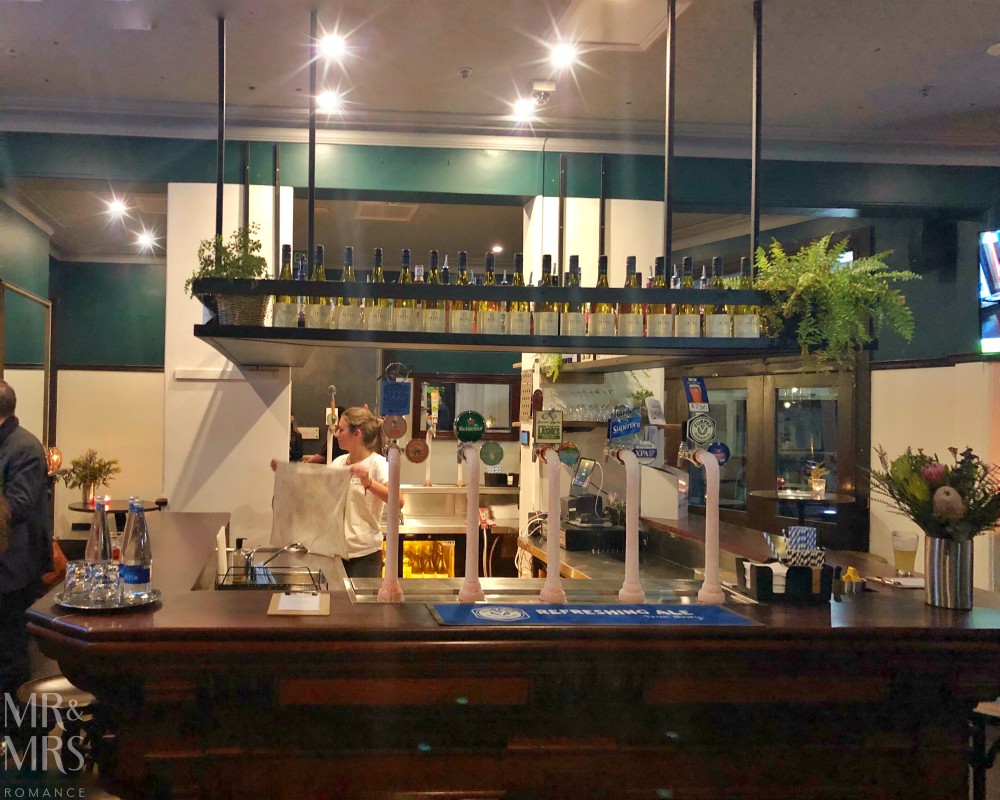 The classic run-around bar proffers some great Aussie brews from its icy taps. Focus here is on good quality beer, well-crafted cocktails and a good range of Aussie wine too. 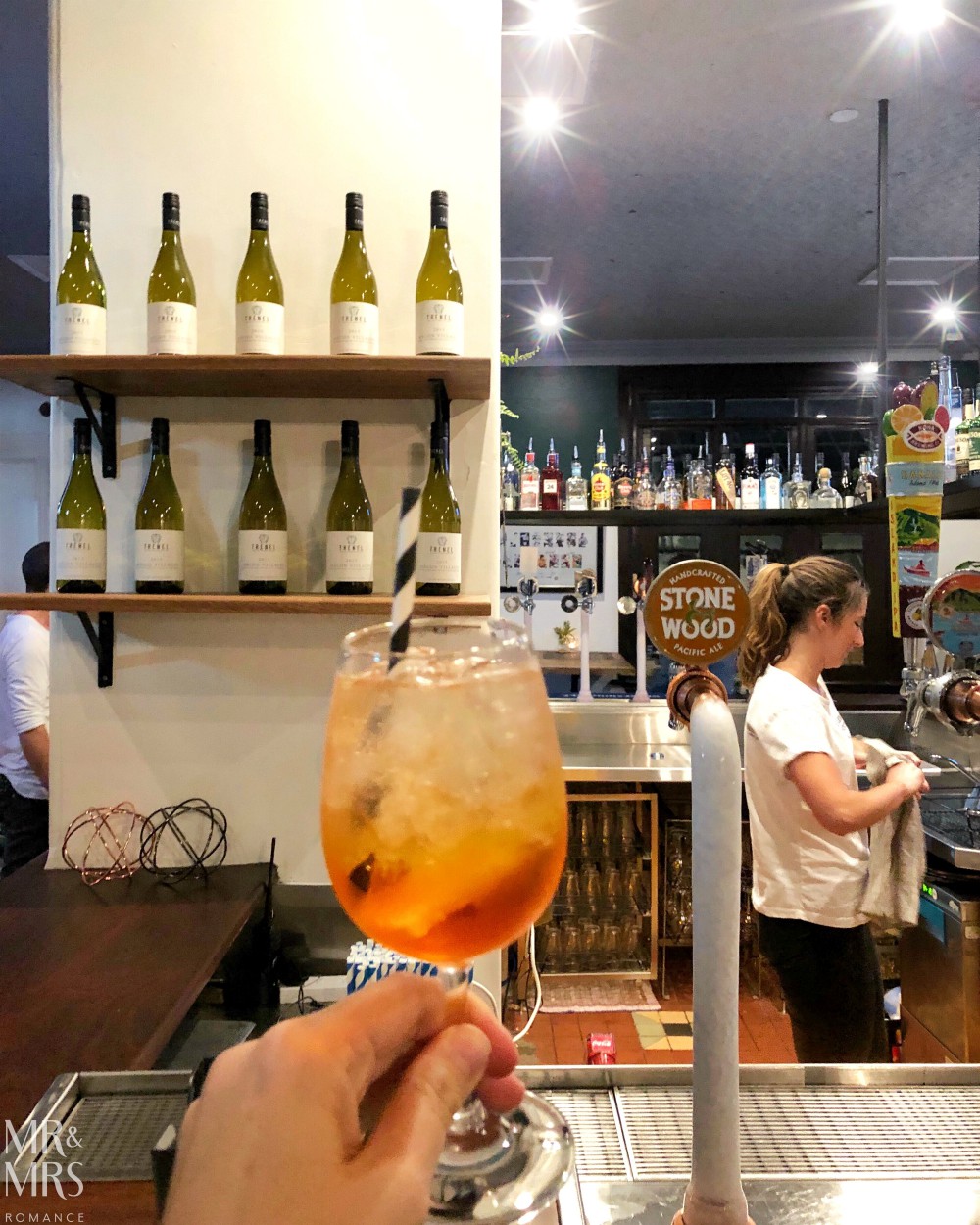 Christina’s well happy with the Aperol spritz the Exchange Hotel makes. And I’m very pleased to see the likes of Stone and Wood on tap, which is a bit of a phoenix itself – the founders buying back their brewery after they sold to Lion Nathan. 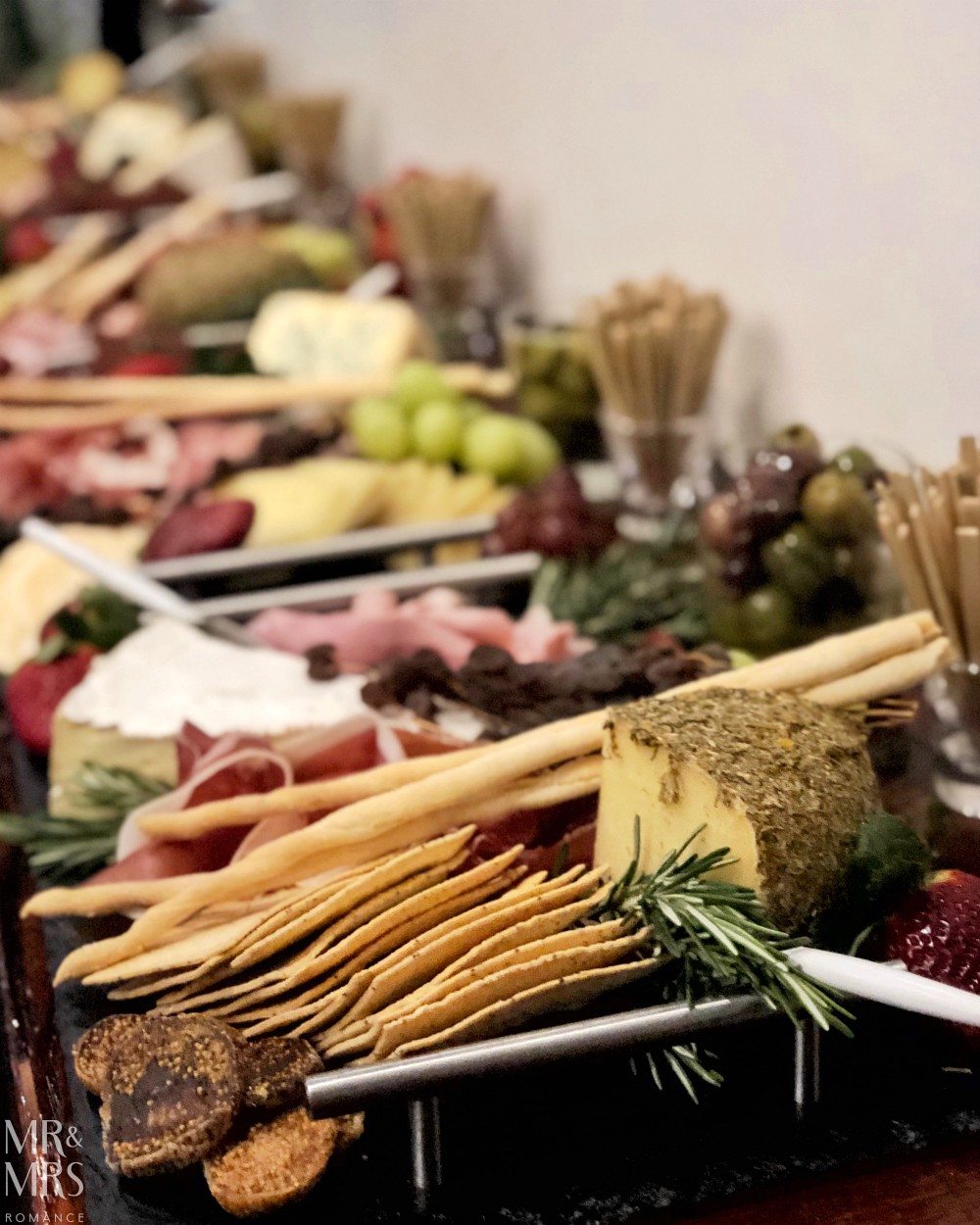 Not only are the drinks here on point, we’re excited at the prospect of great food when we spot the range of cheeses and meats the Exchange Hotel has put out to cater this party.

On the actual menu, you’ll be able to order a charcuterie board laden with goodies like these. Click here for a glimpse of the pub’s new menu. 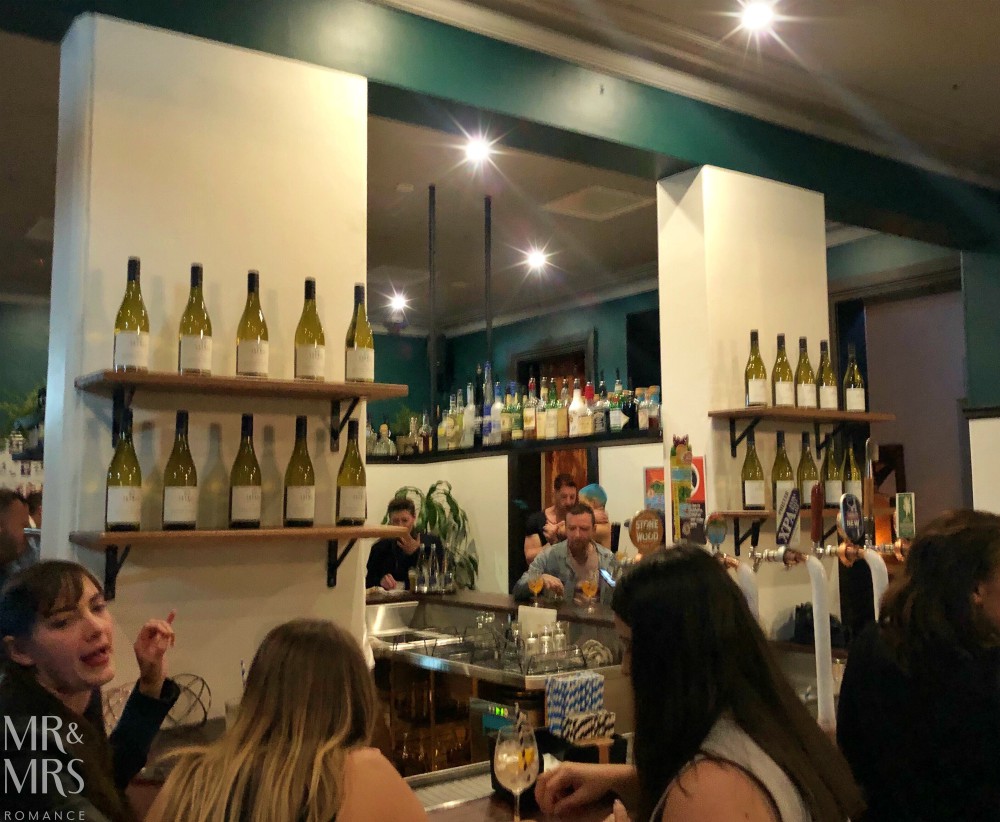 Drinks are flowing as is the conversation, and the party really starts hitting its stride. If only there were some more food… 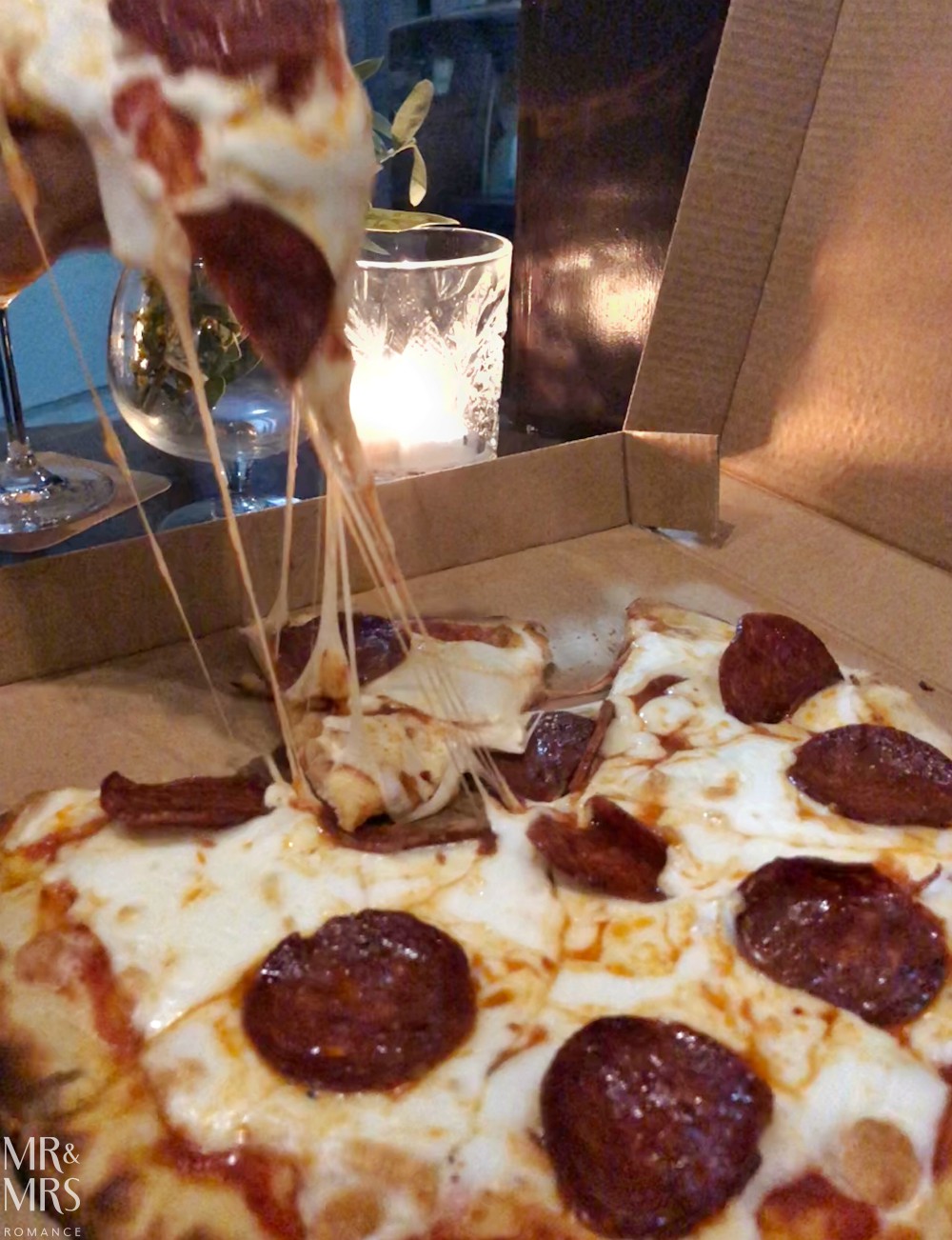 Right on cue, pizzas emerge from the kitchen. This is the Paging Dr Pepperoni – and it’s my idea of manna. Acres of cheese with plenty of pepperoni that has a real kick.

Other pizzas come out like the opulent ‘Mick’ and the sleek Exchange Margherita. And let’s not forget the chicken wings – some coated in thick, delicious buffalo sauce, others covered in spicy smoky barbecue that’s so addictive it’s not funny.

We also get to try the moreish cheesy arancini balls and the salads, but we’re told to save space for dessert. 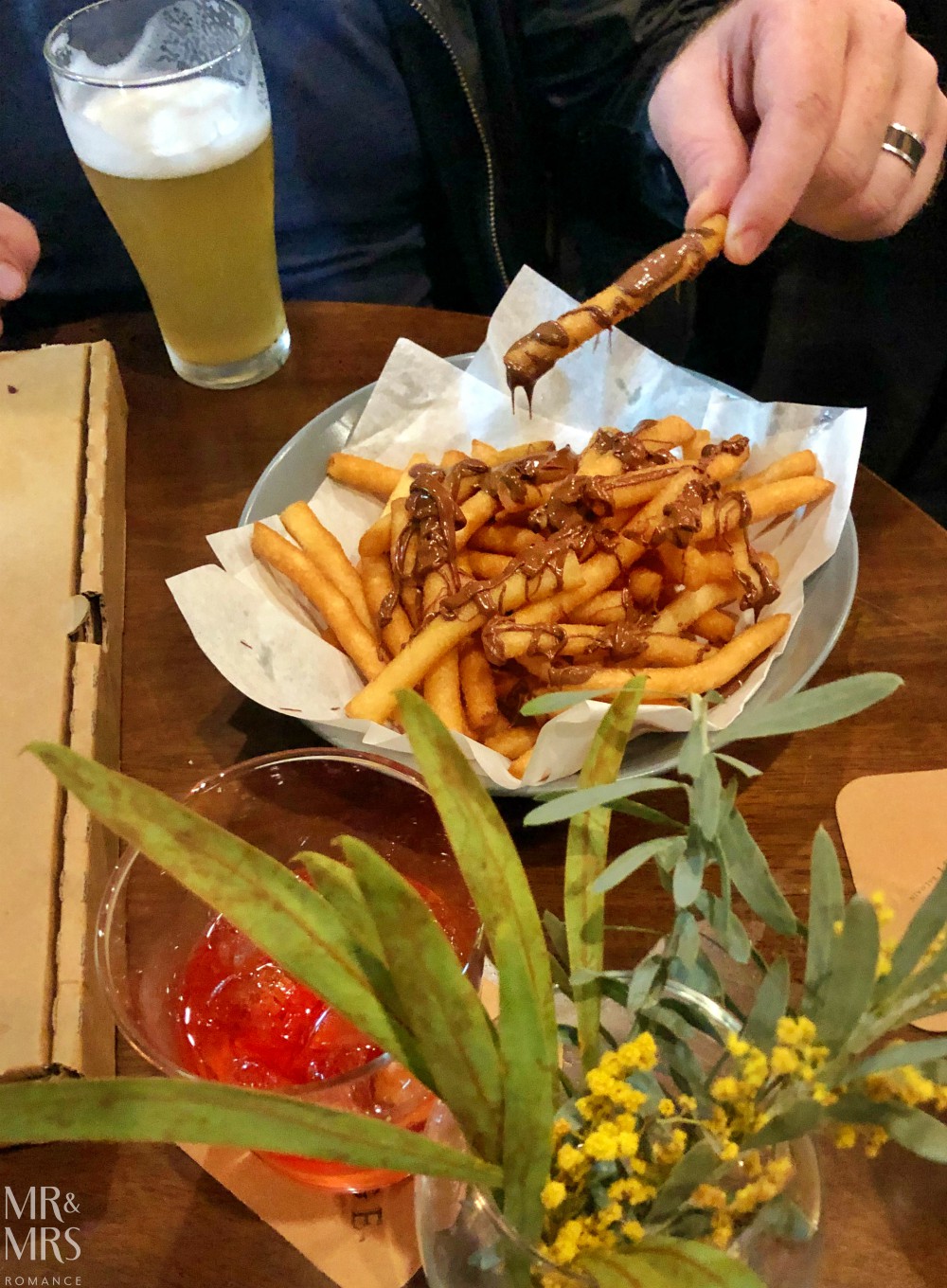 The Exchange Hotel’s donut fries – not yet on the menu – are insane. Covered in Nutella, these sweet, crispy beauties are a work of art and a stroke genius. I hope they become a permanent resident on the pub’s kitchen repertoire. 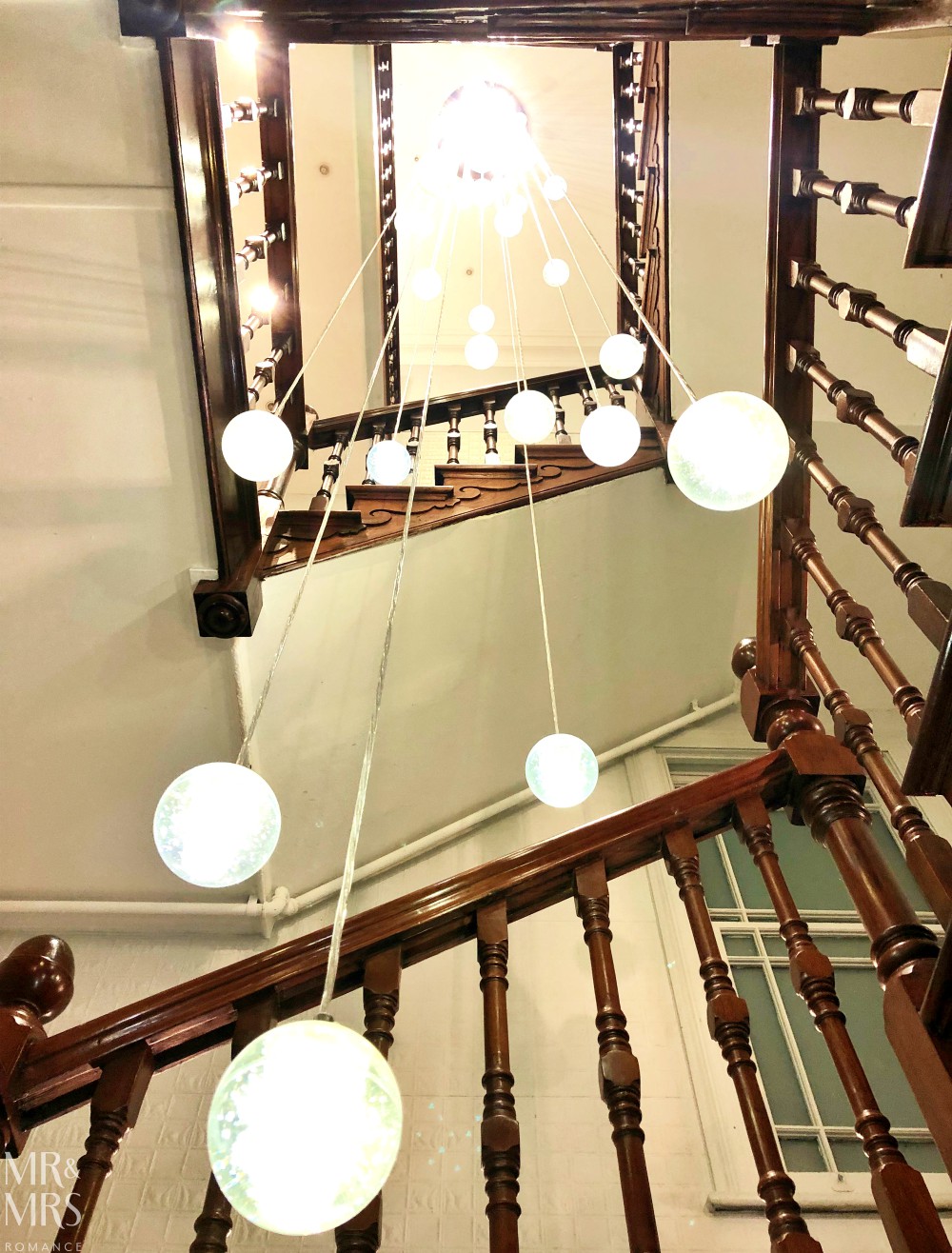 It’s so good to see the Exchange Hotel back open again. We really did fear the worst – especially with the demise of institutions like the Town Hall (now a gym and massage centre) and the possible sale of Dick’s across the street.

It’s horrible to think that classic features like this staircase would no longer be in the public eye. And I love the lights the new owners have invested in. 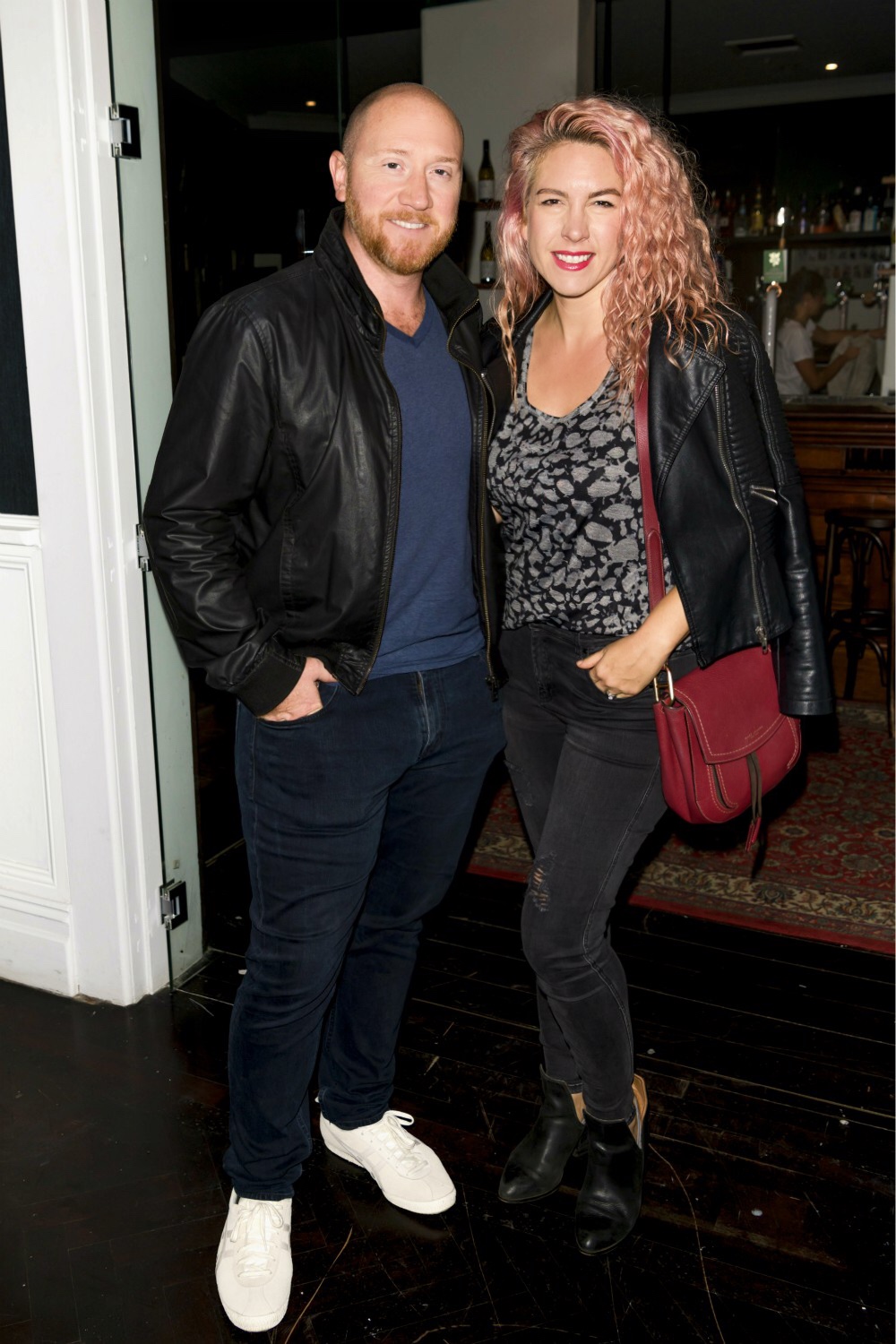 We want to wish the Exchange Hotel all the best of luck with its new opening. We’ll definitely be back – and make sure you stop in for a pint and a plate soon too. Here’s where to go: 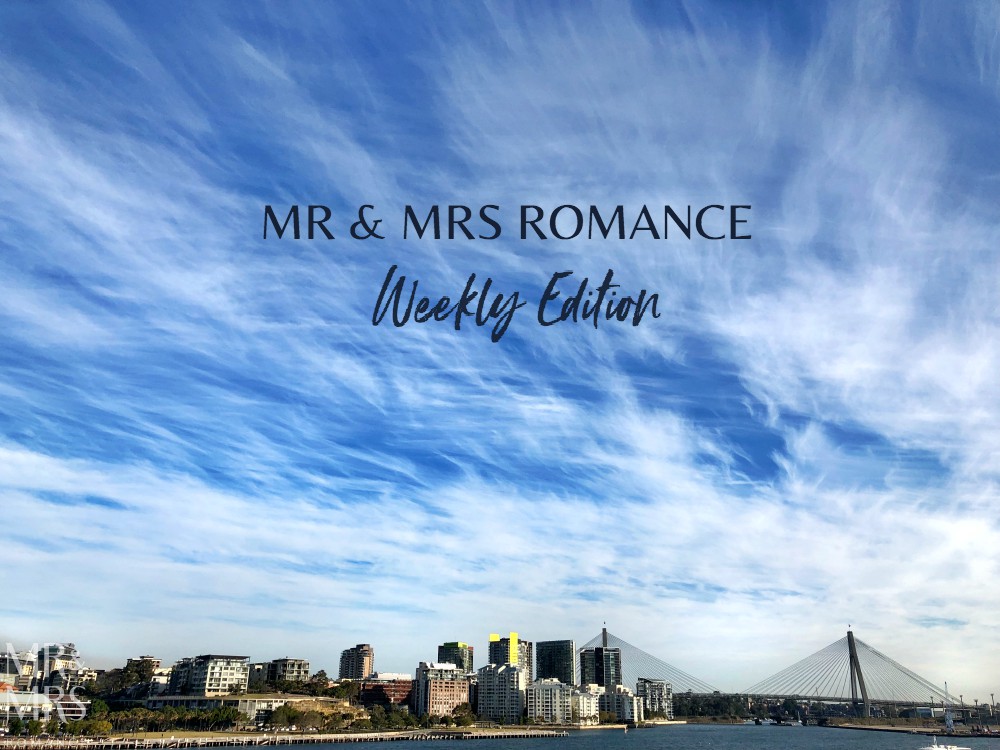 I went to my favourite cigar shop today to pick up a few ‘supplies’. My football team Christmas party is on Wednesday and there…