I took my friend from Italy to Gelato Messina in Sydney – probably the best frozen dessert shop in the country. My friend agreed that it was the best ice-cream she’d had in Australia, but that it wasn’t gelato. There’s a big difference between the two. 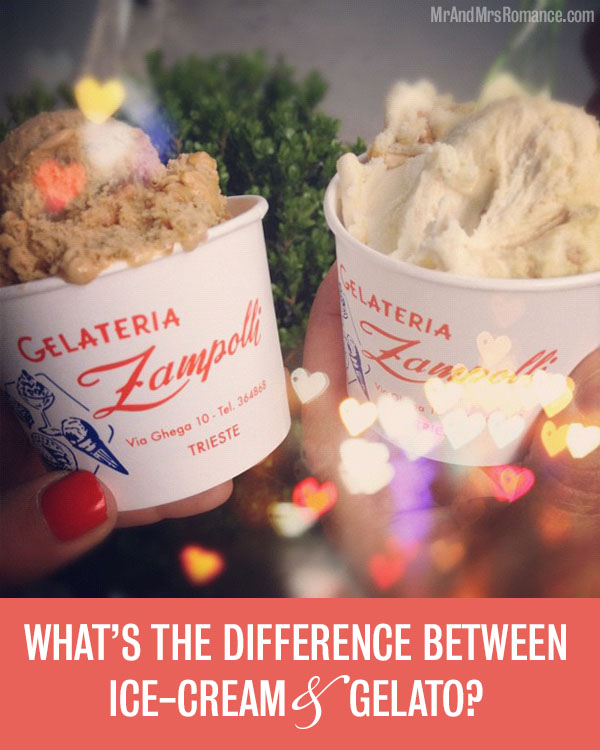 Like Italian cooking, Italian gelato relies on fresh ingredients and simple flavours. Though similar to ice-cream, there are some key differences that make gelato more delicious.

Gelato is made with a higher ratio of milk than cream so has a lower fat content than ice-cream. Gelato is also churned at a slower speed so it contains less air. This denser texture and lower fat content means the flavours are more intense.

Now, when you’re in Italy you will be tempted to stop at any gelato place but not all gelaterias are made the same.

Gelato is – or should be – kept a few degrees warmer than ice-cream but the places that sell the powder mix gelato have product that they can freeze easier. For this reason, they are usually the ones that have it piled high in colourful mounds for all to see.

The upshot of this is that this gelato is colder and therefore icier than the gelato that is covered. And we don’t want ice in our gelato, do we? That would make it literally ‘ice cream’!

Our Instagram Diary – food, flowers and a flight south

Bit of a sad start to the week. We’re preparing to head down to Melbourne for Mrs Romance’s poor aunt, who passed away suddenly…