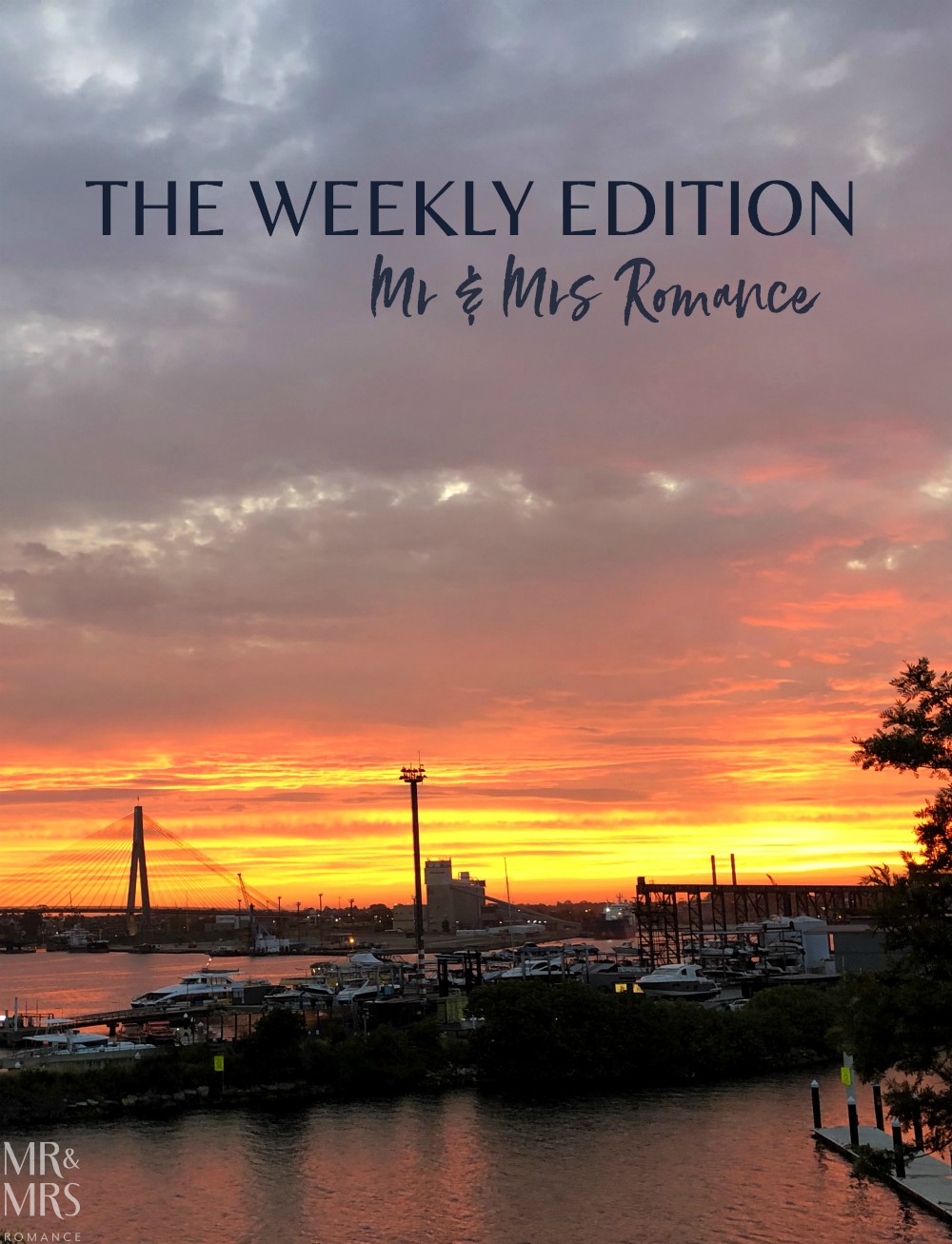 Summer here in Sydney really is kicking it up a notch. This weekend just gone was absolutely boiling, and it doesn’t look like the mercury is about to drop again any time soon.

And with the summer comes lots of opportunities to be outside.

In this Weekly Edition, we’re talking about a mate’s new book that’s just been published, an awesome march supporting #WomensWave and we pay a visit to Paspaley Pearls. There are also lots of bars, pubs and rooftop venues in our itinerary this week too.

We hope you enjoy this Weekly Edition! 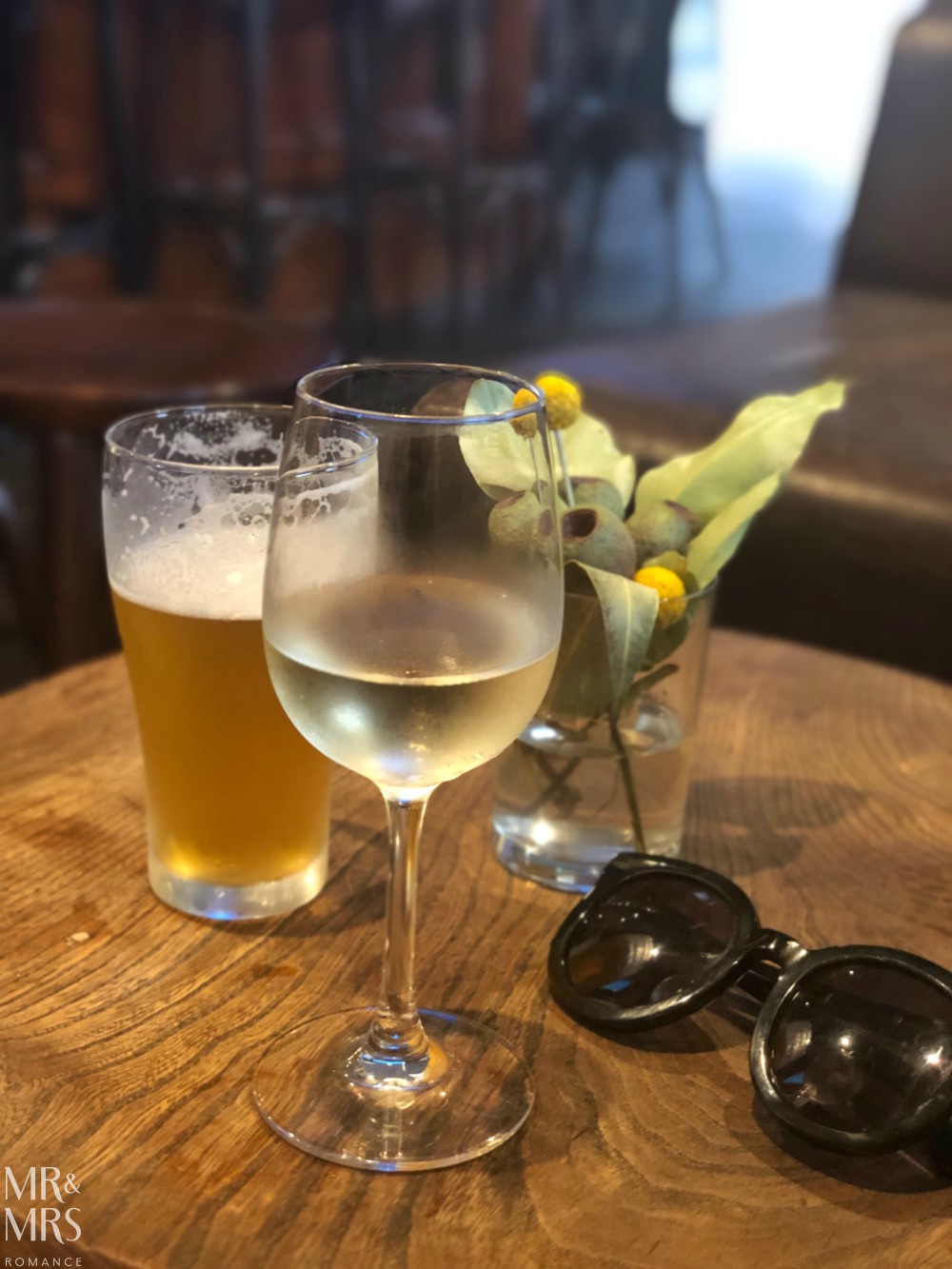 To get the ball rolling fast and free, we’ve popped into The Exchange Hotel in Balmain on the way back from a few nights at Christina’s mum’s place.

We’re really happy to see this place doing well. It closed for a while a couple of years ago and we were worried The Exchange had gone the way of many a pub in the area. But Allan and Alana Sudale have taken up the reins and are absolutely killing it.

Good beer, great food and beautiful little touches like these native Aussie flowers on tables put this pub back to its status as a Balmain institution.

It’s the place to come if you really want a taste of Balmain. We only dropped in for a quick drink. We stayed for three! 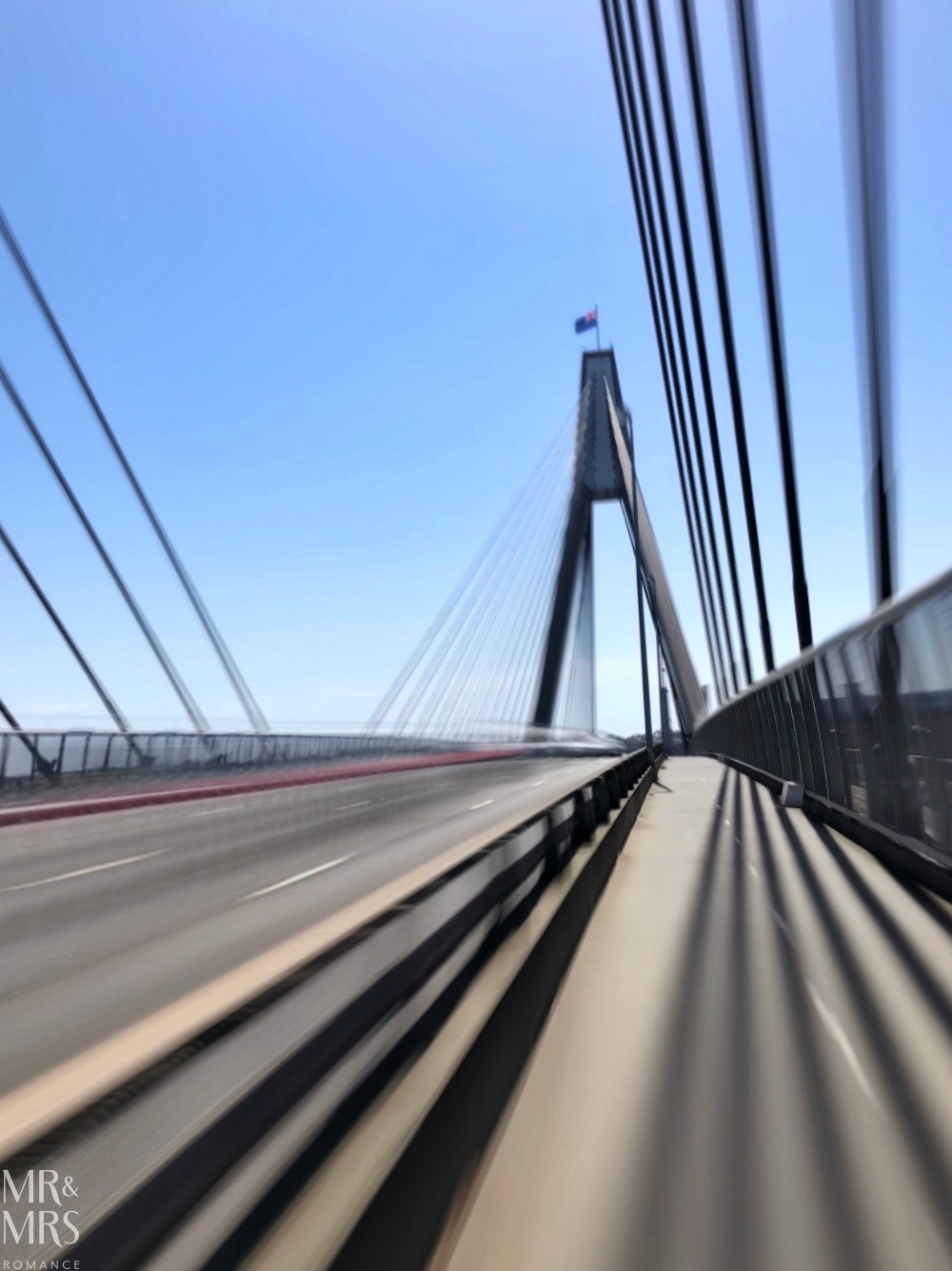 For some stupid reason, I’ve decided to walk back to Balmain from a trip into the city. If you’re not sure how far that is, let me quickly run you through the journey. From Surry Hills I’ve walked down to Haymarket, Chinatown and Darling Harbour, through the ICC building and over the light rail tracks into Pyrmont, down to the Fish Markets then over the Anzac Bridge – it’s about 7km.

It wouldn’t be so bad, but I’ve been super smart and chosen one of the hottest days of the year so far to walk it. It’s almost worth it just for the photo – the Anzac Bridge is one of my favourites, but it’s not that good! 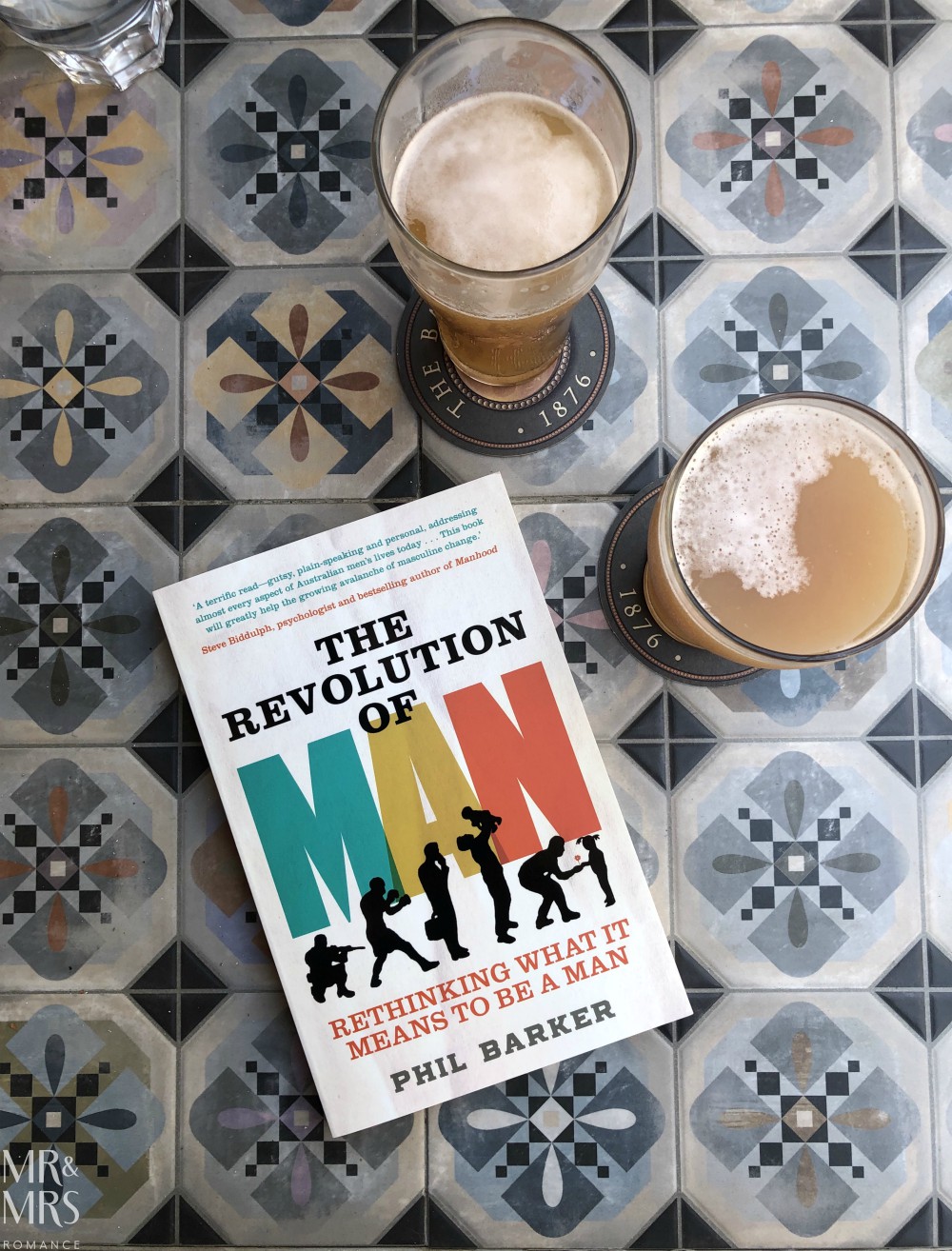 I’m knackered but happy – especially because of this pitstop at the Bald Rock Hotel. This excellent little pub is pretty well hidden, so you really get a sense of community from all the locals drinking and eating here. The beer is superbly kept here too.

Pubs aside, we’re so excited to announce that our friend, Phil Barker, is releasing his new book – The Revolution of Man.

You’ll probably recognise him from his regular column in the Sydney Morning Herald and an editor and publisher of men’s and women’s magazines – he has a unique perspective and has been writing about the experiences of Australian men for over 25 years.

Lately Christina has been reading more feminist literature and we’ve both really enjoyed Phil’s book. I can’t tell you more about it until it’s officially published on the 4th of February, but I can tell you to get your pre-orders in now, here on Booktopia. You won’t regret it. 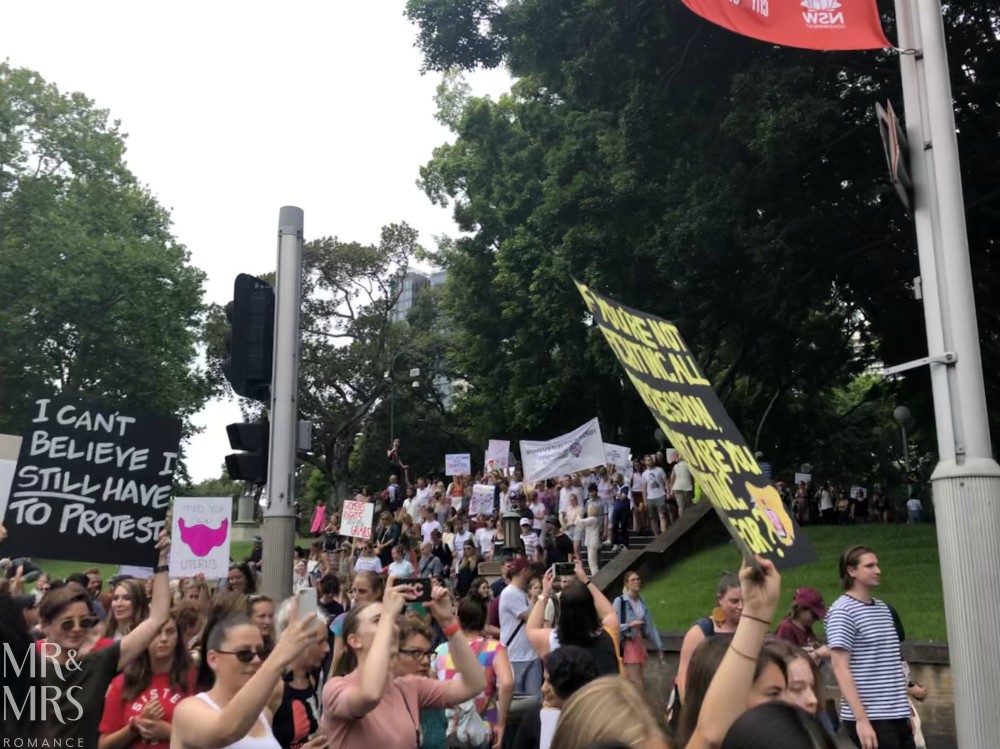 From the Evolution of Man to the strife of women. Today, Christina and I have come to Hyde Park in Sydney to join a rally for women’s rights. Before the march through the city, there were some amazing women speaking out on violence, inequity and toxic masculinity against women.

Their stories are harrowing, their missions are motivating and their messages are powerful. And quote of the afternoon came from award-winning author Bri Lee with: “it is so, so hard to keep an olive branch in the palm of your hand when you need your keys between your fingers.” 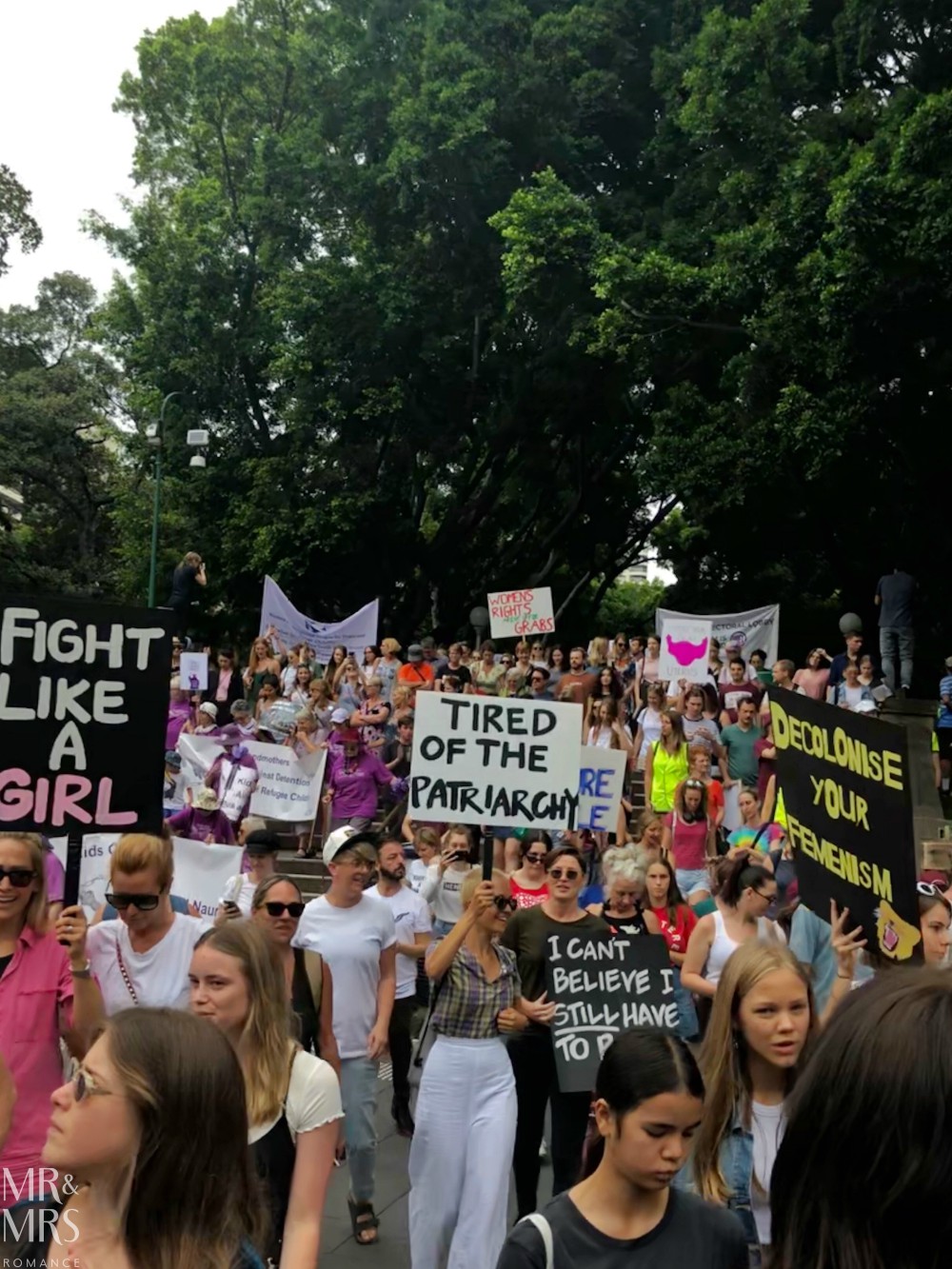 The march through the city is a positive, powerful movement of men and women taking over Sydney from Hyde Park all the way down Castlereagh Street to Belmore Park near Central Station.

And it means a lot to be part of something so important as stopping such hateful acts against women. Make sure you check out the site for Women’s March Sydney. 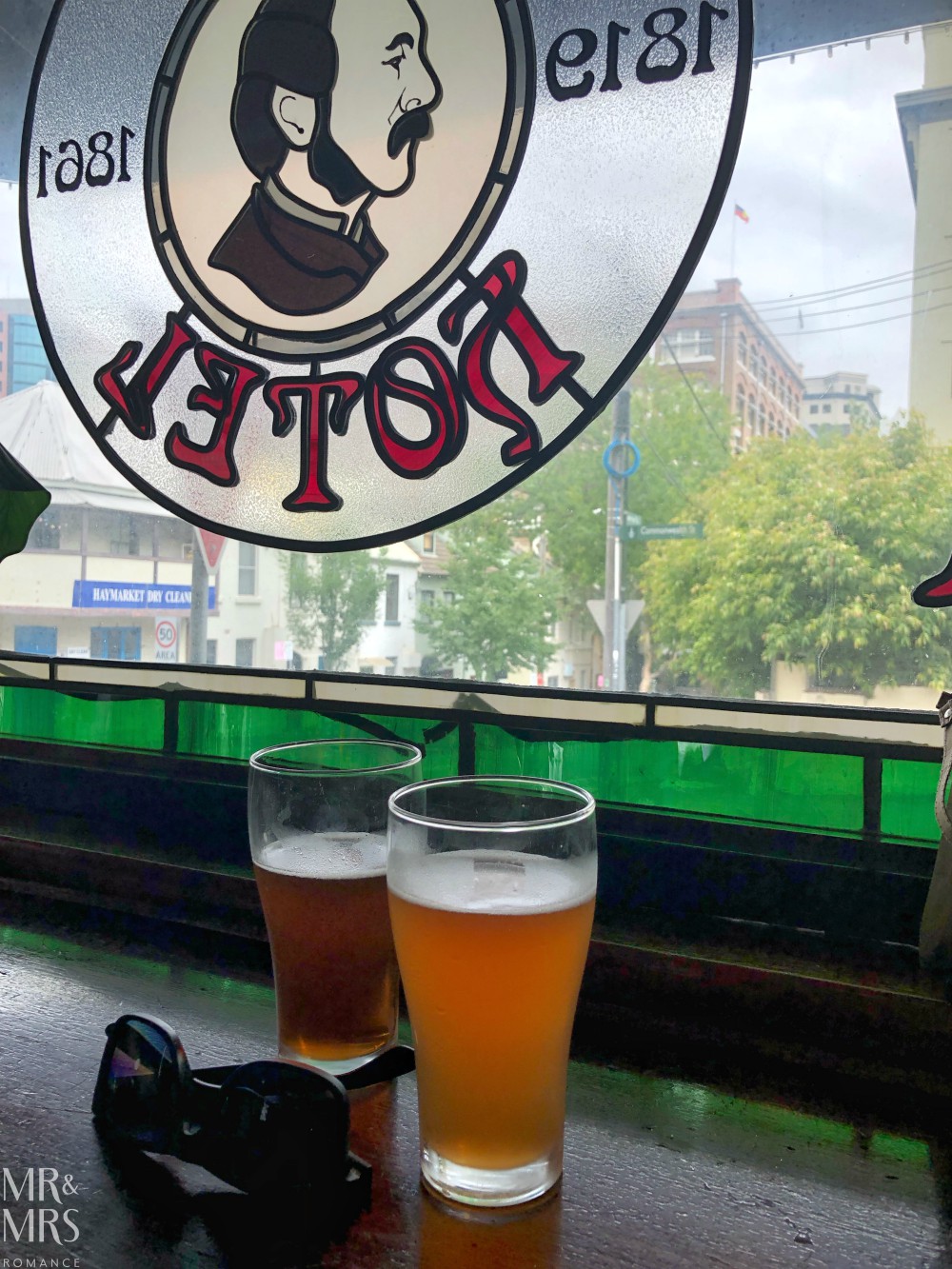 Seeing as we’re in the area and it’s well past lunchtime, Christina and I finish the women’s march and head to our old local, the Royal Albert Hotel. This pub always has so many great beers on tap – more often than not craft Aussie brews. 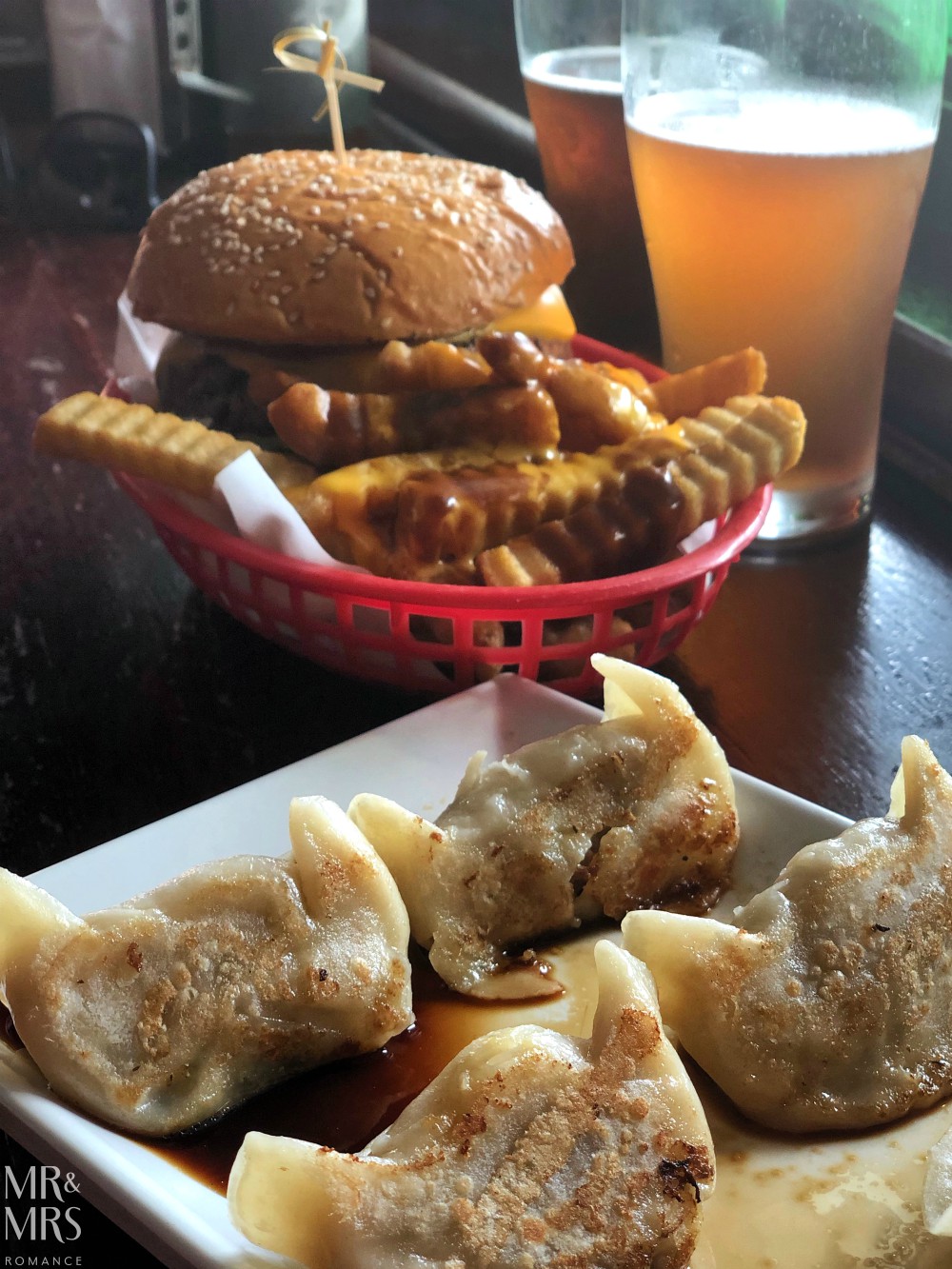 And even better than that (especially when you’re hungry) are the burgers here. The Royale with Cheese is always a good bet, but I always ‘go spicy’. The chilli dumpling sauce the kitchen puts in the burger really takes it to another level.

Since we were last here though, the menu’s changed a bit. You can now get poutine – a firm favourite in Canada. Poutine, if you don’t know, is fries smothered in gravy and cheese curds. It’s pretty epic. We tried it for the first time in Toronto.

It’s not quite the same as the poutine we had at Wayne Gretzky’s, but it’s not bad.

Christina’s potsticker dumplings are good too, but it seems the kitchen’s working harder on its North-Americana menu at the moment. I’d always come back here for a burger. 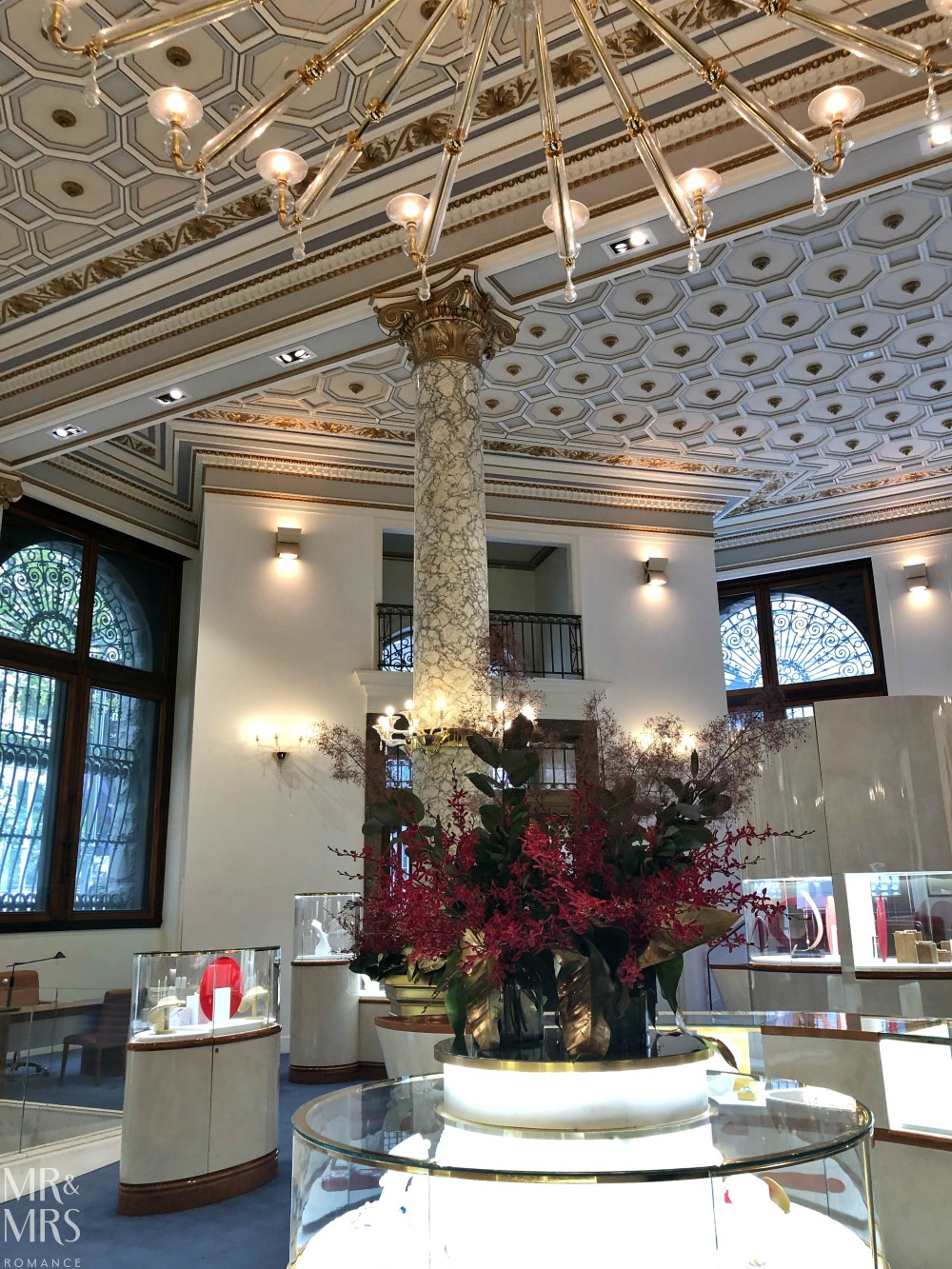 After lunch, we head all the way back into the city to see our mate Rohan at work. He works in one of the most beautiful shops in Sydney – the Paspaley Building boutique in Martin Place.

Paspaley is a family-run pearl business, which was started two generations ago in north-western Australia. The pearls from this company are among the very best and most sought after in the whole world. 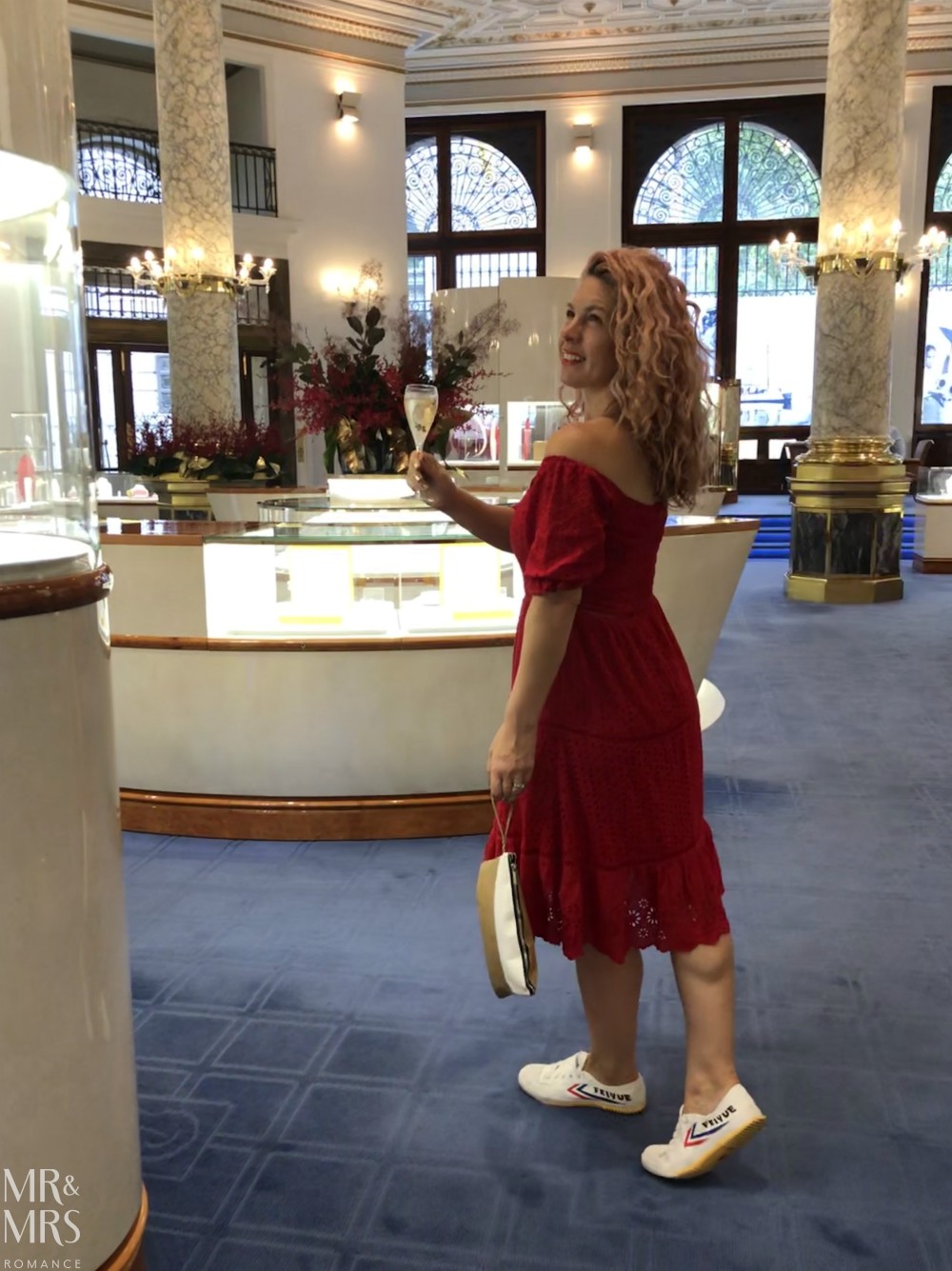 Rohan shows us around the boutique – with a glass of Perrier Jouet of course! He brings out some of the finest pieces in the boutique to show us. There are some astonishingly beautiful pearls and settings here. Tens of thousands of dollars worth of jewellery in fact. 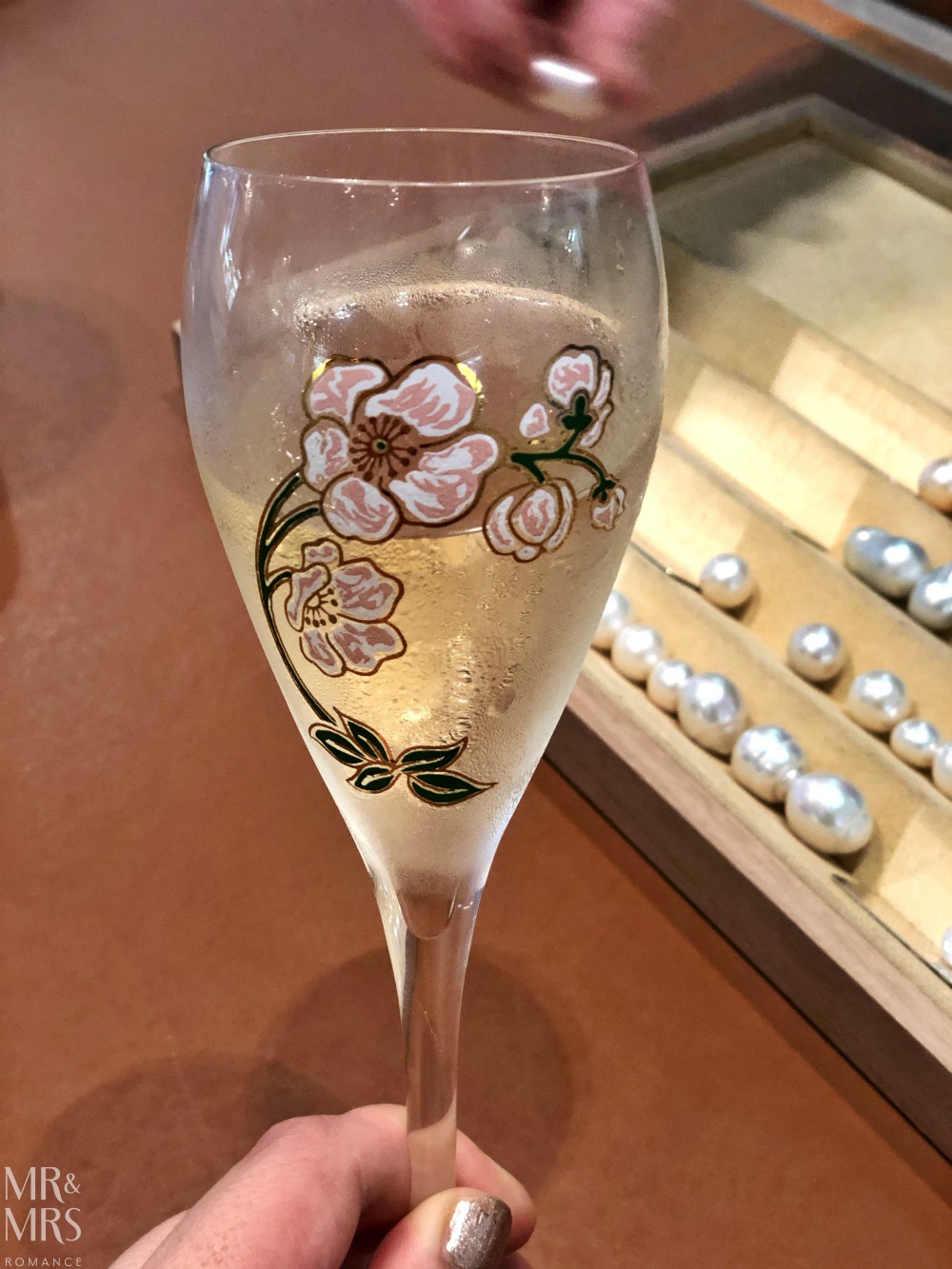 Rohan also shows us the range of quality that pearls come in, with their five qualities size, shape, colour, lustre and complexion. It’s so interesting to get a little bit of understanding about what makes a high quality pearl.

There’s not only a wealth of pearls here at the palatial Martin Place boutique. There’s also a wealth of information. At the back of the store, there’s a miniature museum that tells the whole, fascinating Paspaley history and how the pearl industry in Broome, WA grew to what it is now.

We were in Broome a few years ago and visited a pearl farm. It’s all so interesting. Here are more of our stories on Broome, Western Australia. 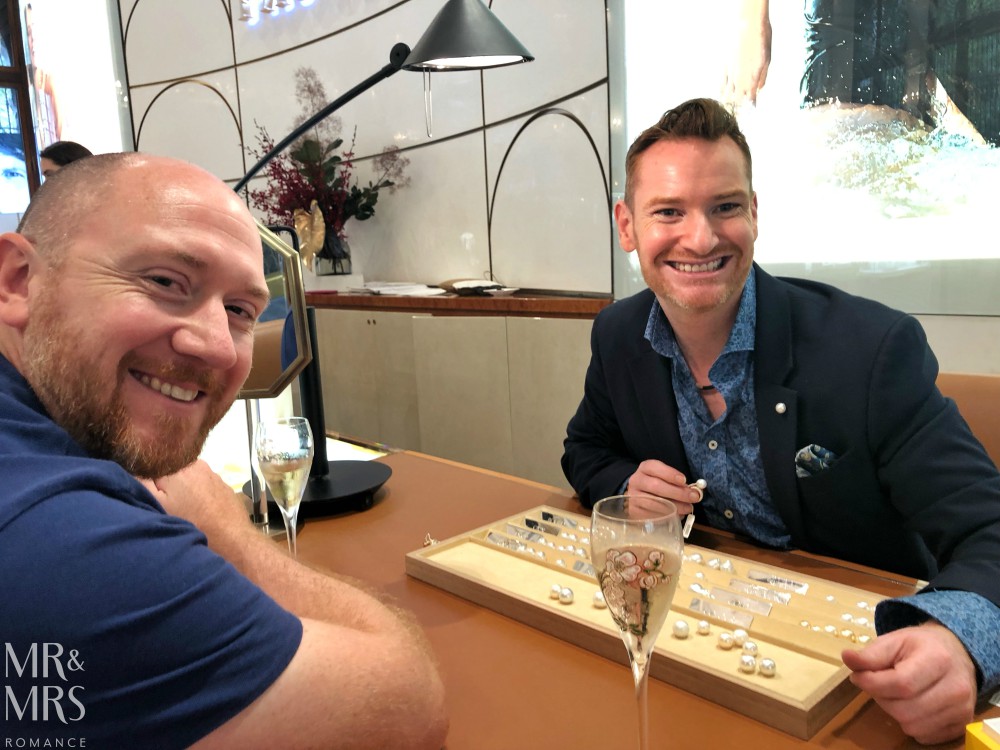 Rohan is one of our oldest friends. Christina met him only a day or two before she met me, and we’ve all been best mates ever since.

It was Rohan, who’s a qualified hairdresser, who gave Christina her new hair (she had pink hair when I met her) and started her on her amazing journey that’s brought about Hair Romance. And from that, we started Mr & Mrs Romance too. So this guy’s pretty important to us! 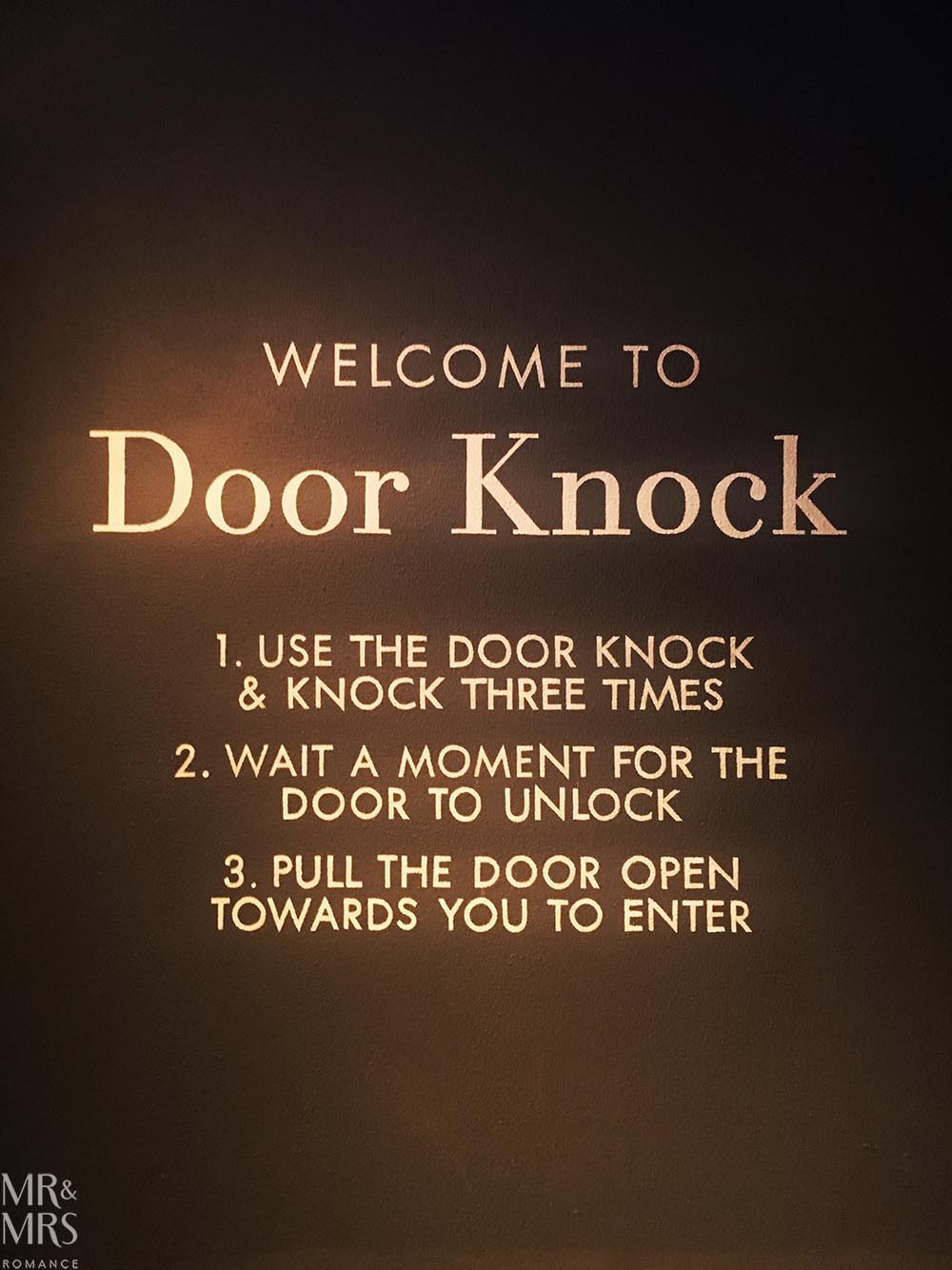 Christina and Rohan have met up again tonight after work. Here’s what they got up to while they were let loose on the town:

“If you look carefully, you’ll see a tiny sign to Door Knock on Pitt Street but I had walked past this place countless times before I saw it. Walking down the stairs and along the corridor, I probably would have turned around and run out if I hadn’t been with my friend Rohan.

But following the instructions at the end of the dark path, we knocked three times and were allowed into this hidden bar.” 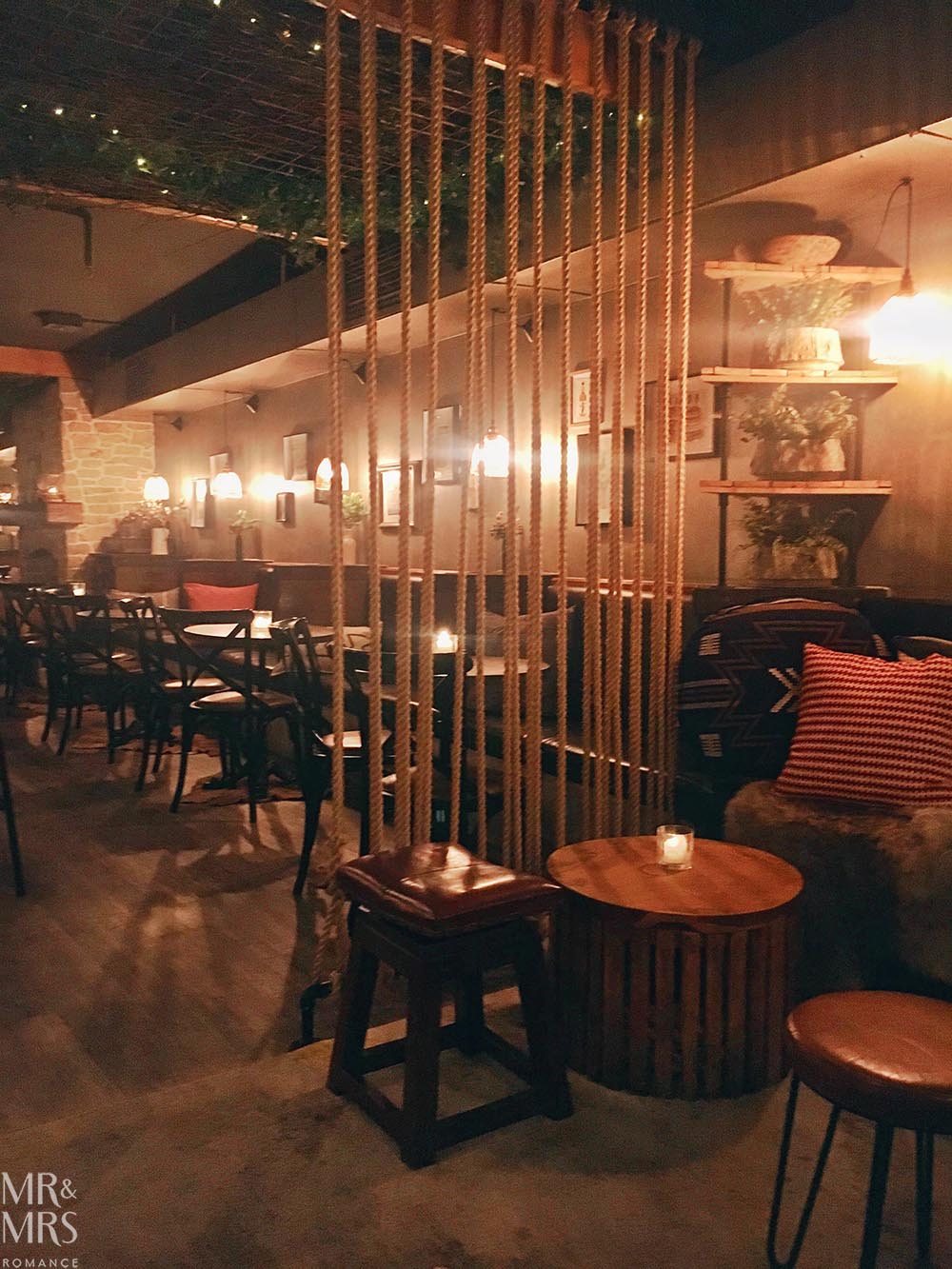 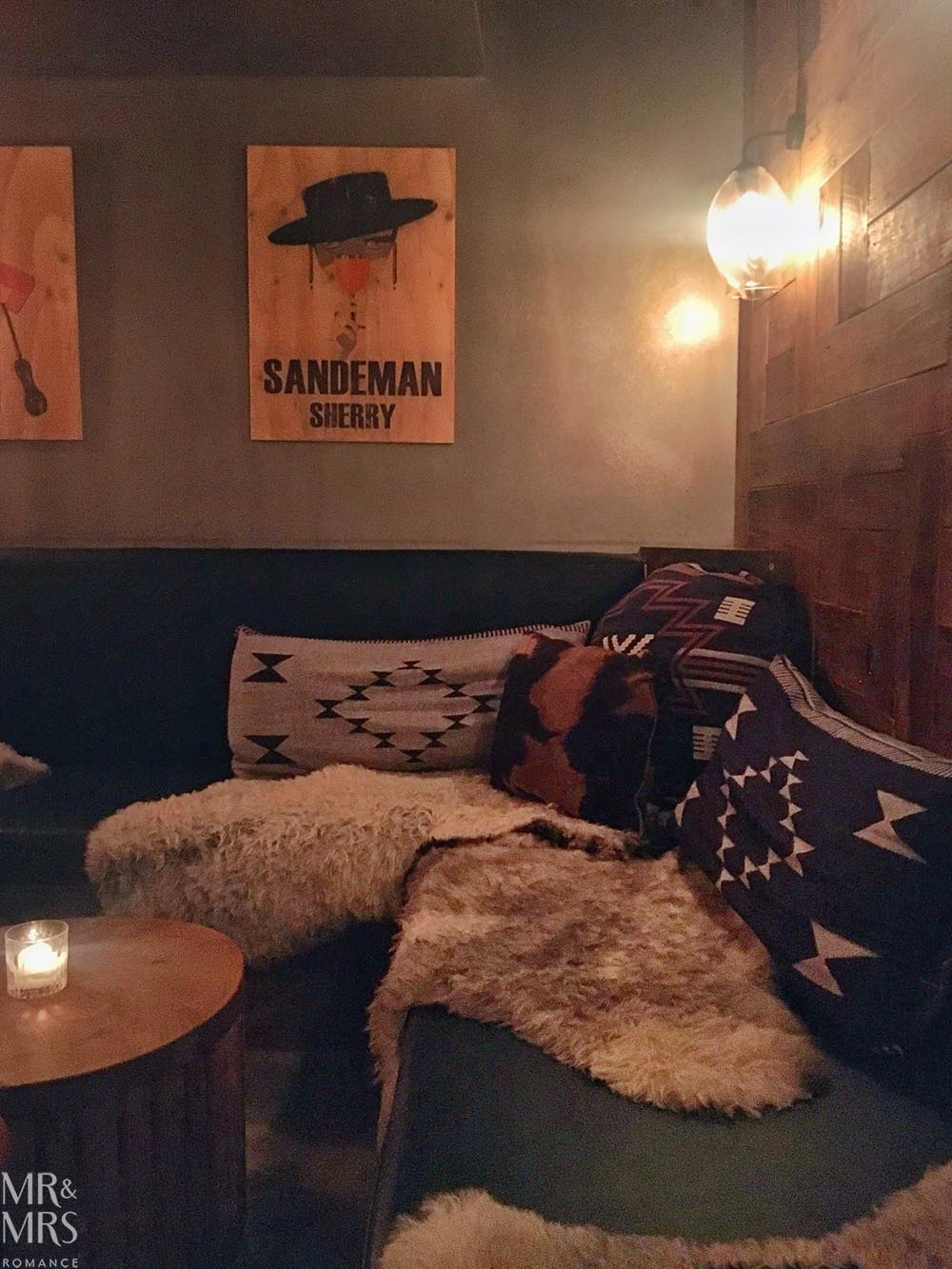 Door Knock is a bit of a surprise bar and is much larger than we expected. The drinks list is really interesting and they can mix up any classics you like too. With truffle salt popcorn to snack on, we were tempted to stay and try more dishes from the menu.

We’ll be back again for sure. 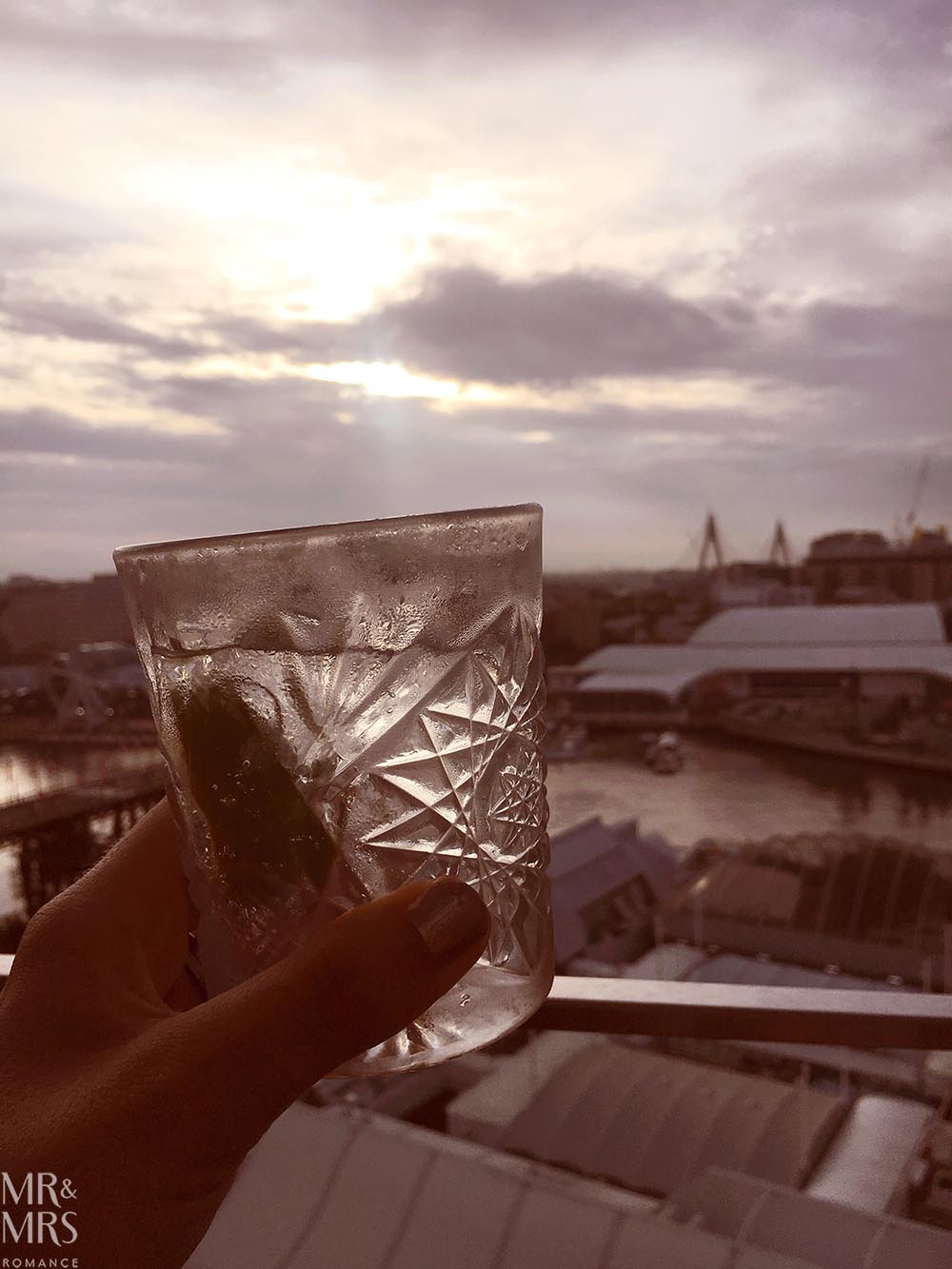 After checking out some of the Sydney Festival events around Darling Harbour, which to be honest were a little disappointing, we feel the need to rise above the crowds.

Sydney is lacking in good rooftop bars, but Zephyr at the Hyatt Regency offers what many are missing – sweeping views, fresh air and lots of space. 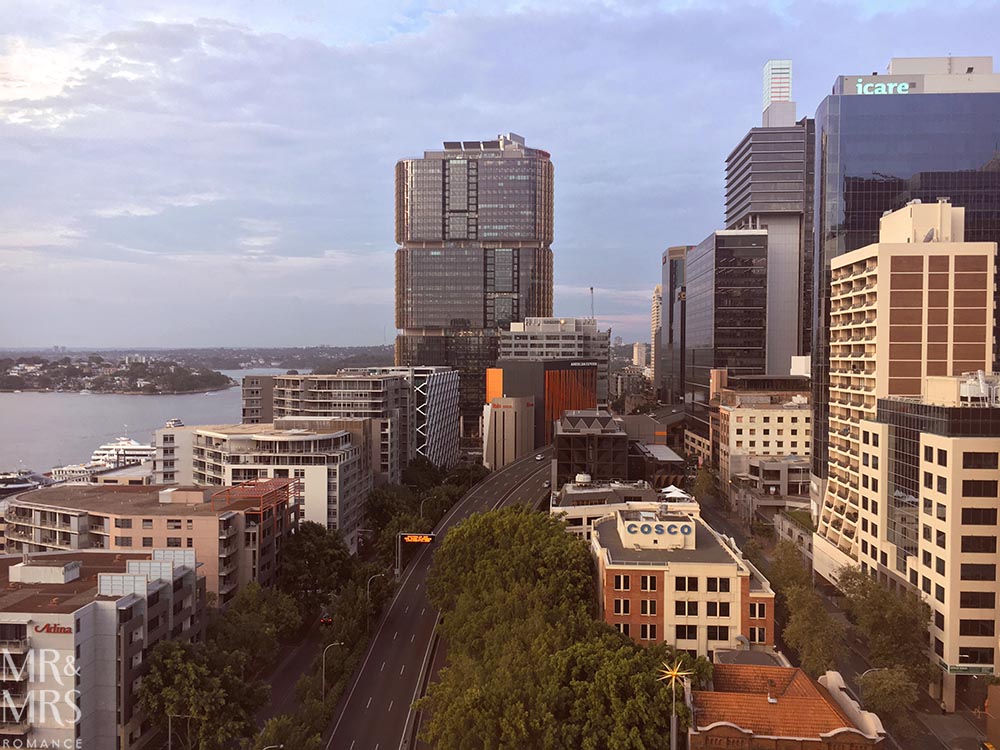 With table service, you can easily relax and watch the sunset from here and you’ll see sides of Sydney that you rarely get to see. Zephyr is a great bar for views and a relaxing drink. There’s enough space up here for plenty of people too, which is so refreshing. So many rooftop bars feel cramped. 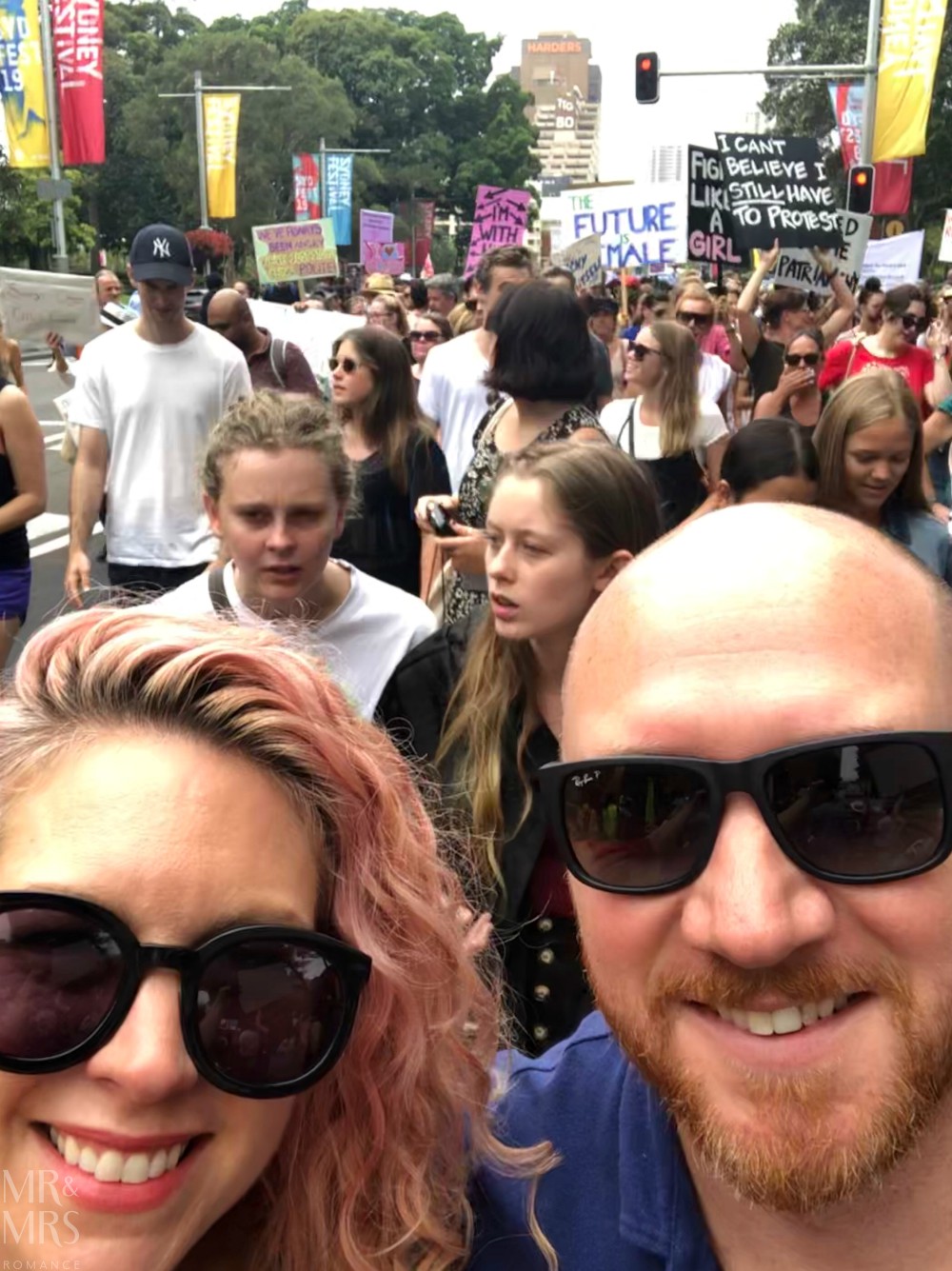 We hope you’ve enjoyed this Weekly Edition. Looking back on it, this has been a pretty epic week!

A bar party, a noodle party and a birthday party

It’s been a funny little week this week. Monday being a public holiday has really put us out of kilter. I think I think…