Dessert wine is a funny drink. It quite often has a polarizing effect on people – they either hate it or love it. Perhaps that’s because it’s been poorly represented in the past. But like everything, there’s a time and a place for a sweet wine – providing you know which to buy. 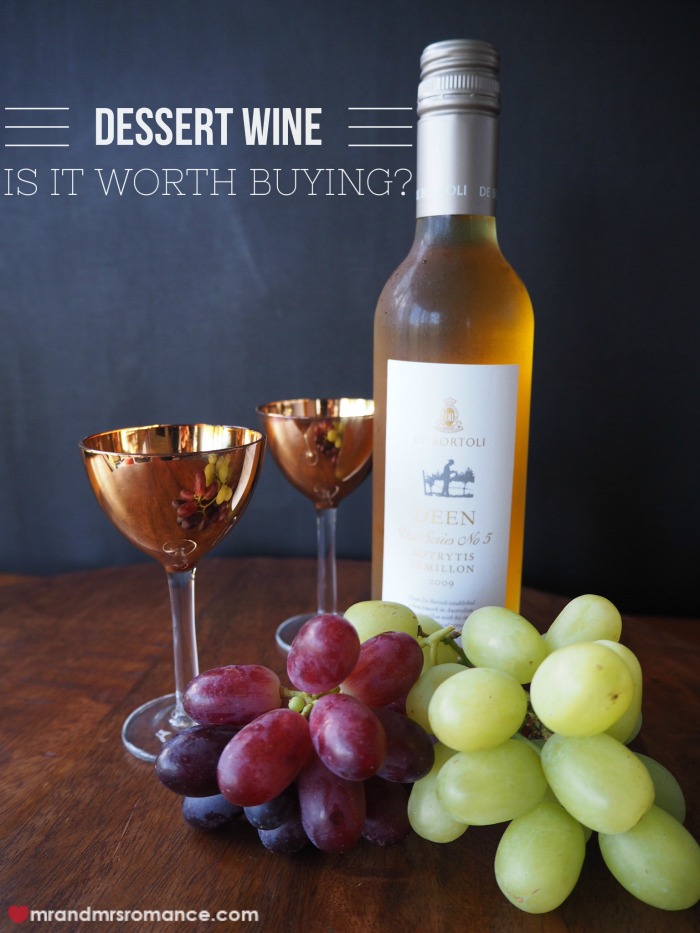 With summer coming to an end here in the southern hemisphere, and spring on its way up north, it’s the perfect season to get your dinner party hat on. But what do you bring to the table?

The age-old tradition of handing a bottle of red or white (sometimes both) to your mate as you step through their front door is a fine one. But how about producing a little bottle of dessert wine for the end of a meal?

I’m not talking sherry – a thing I compare to armpit juice – or muscato, which often tastes a bit like cheap wine even when it’s not. And I’m not suggesting port either.

I heard someone talk about port in a very unfriendly way the other day. He said he hated the flavour of port but people didn’t realise how bad it tasted because they always drank it at then end of a meal when they were already pissed. 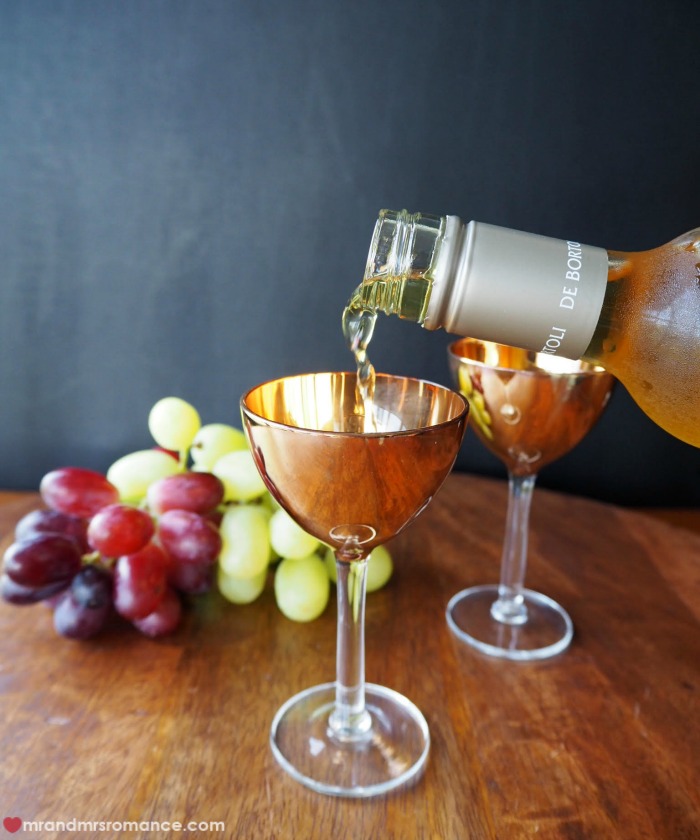 I think that’s a bit harsh (though sometimes fare), but I’m not talking about fortified wine. I’m talking about botrytis wine, a special process that allows flavours to develop in the grape before it’s picked.

Botrytis is a good mould (sometimes called a ‘noble mould’) that – under the right conditions – grows on late-harvest grapes. It sucks a lot of the moisture out of the fruit where the flavours and sugars become more concentrated.

The mould also encourages delicate apricot and citrus tastes to develop in the grape too, which are prominent in a lot of botrytis wine.

The grower has to be careful though. Left too long or if they get too damp, botrytis infested grapes can grow grey mould, which ruins everything. 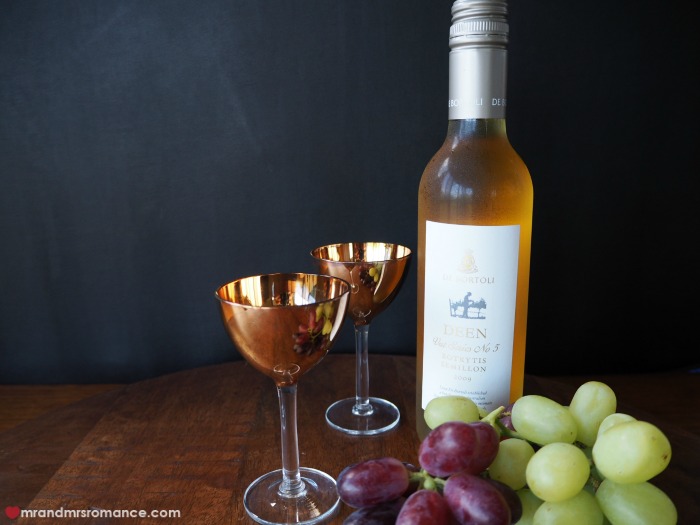 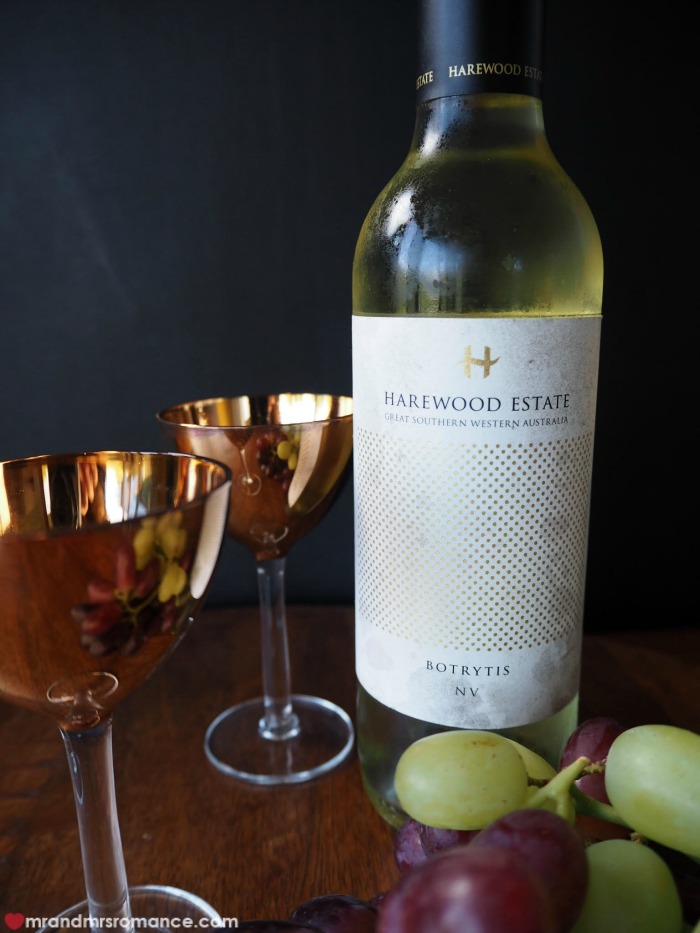 This type of wine – also sometimes referred to as ‘sticky’ – is perfect to have with dessert. It’s different to those other sweet wines, which can be incredibly sweet and full of lurid flavours that don’t really go with anything.

Sticky is sweet too, but it usually has a sharp edge to it that balances itself out. It goes well with cheese, chocolate cake, fruit-based desserts or even very sweet dishes, as its natural acidity will still cut through the sugar in the food.

Our recommendations are the De Bortoli Deen Botrytis Semillon, which is great value, and the Harewood Estate’s Botrytis NV from Western Australia.

But how about a word from one of our holy Wine Saints? St Andrew loves a drop of sticky:

I like a bit of botrytis with my blue cheese from time to time. Semillon, that is, although top NZ late harvest Reislings are delectable – pristine rather than unctuous. Waipara Valley wines are well worth trying.

Rutherglen in Victoria is a region famed for its stickies and the Hunter Valley too. De Bortoli’s Noble One is right up there, but nothing can touch an old Sauternes matched with Roquefort. Nothing.

Had the good fortune once to partake in a 10 year-old bottle of Chateau d’Yquem and it was truly nectar of the gods. Barsac can be more affordable option.

I have to disagree with you about the sherry and port though. Deep fried whitebait and a chilled bottle of manzanilla! Coño! 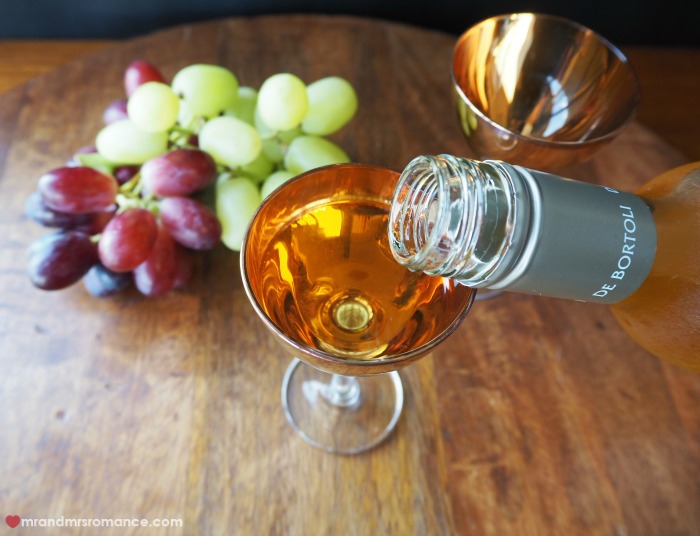 What do you think of dessert wines? Have you found a good sticky to recommend? What’s your opinion of sherry and port? Tell us in the comments!

Day 20 of our 30 Cocktails in 30 Days: the Caprioska This one’s certainly one for our Mojito lovers out there. The Caprioska is…