Somewhere between an Indiana Jones movie and the lair of a James Bond nemesis, the Italian city of Orvieto in Umbria has secrets buried beneath its feet. Here’s more about this Etruscan hideaway, perched on the cap of an extinct volcano. 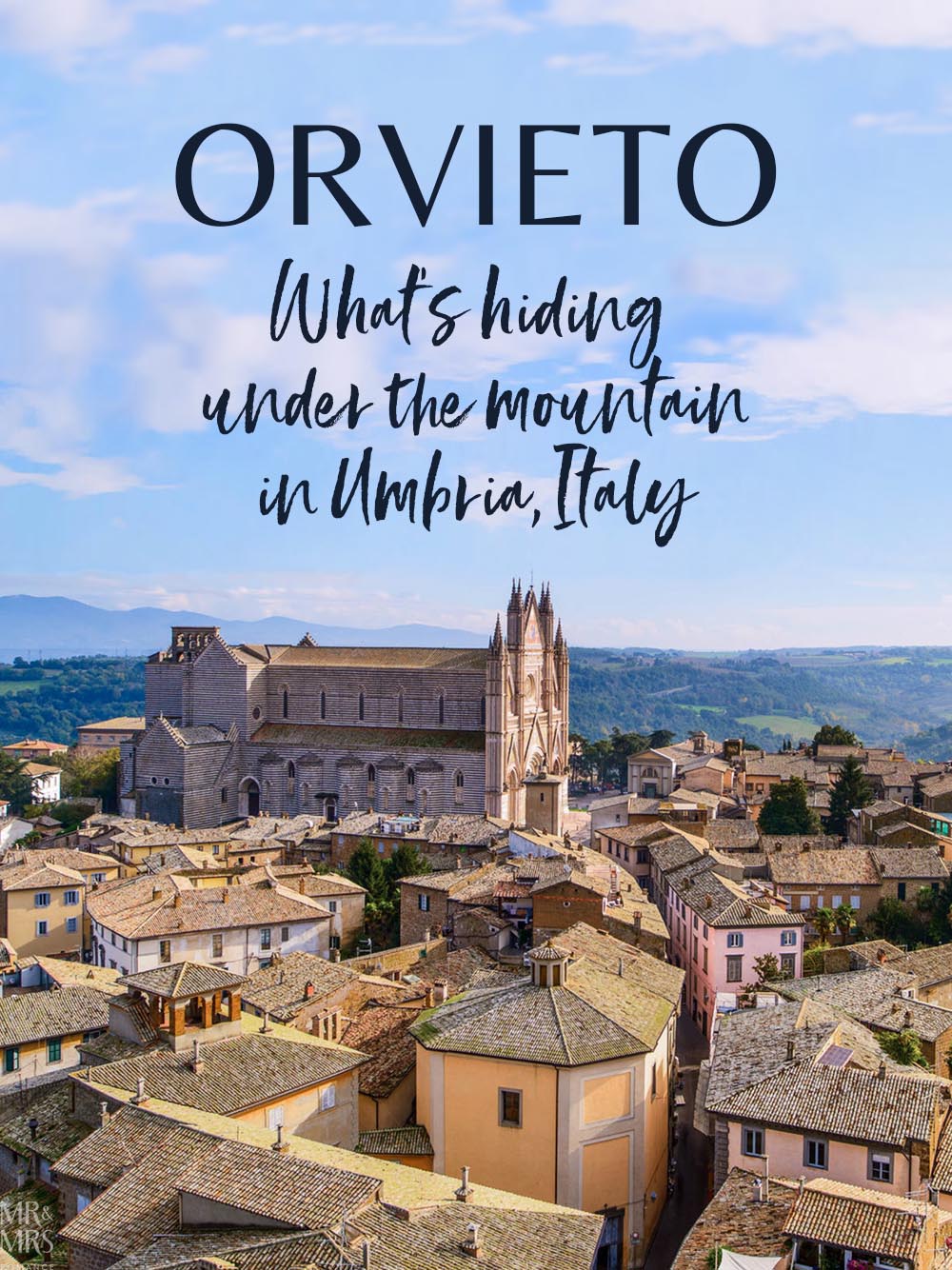 Marking the halfway point between the venerable city of Florence and the ancient Italian stronghold of Rome, Orvieto is the perfect punctuation to a driving holiday through Italy.

But the two-hour road from Florence is full of hilltop towns, each offering its own wonderland of the ancient world still alive in modern-day Tuscany. So what’s so special about Orvieto?

Well for starters, Orvieto is not Tuscan. It’s in Umbria, the region sandwiched by Tuscany to the north and Lazio south.

Just as the every Tuscan town has a different feel and personality, so Orvieto feels very different from them all. Though there are similarities. 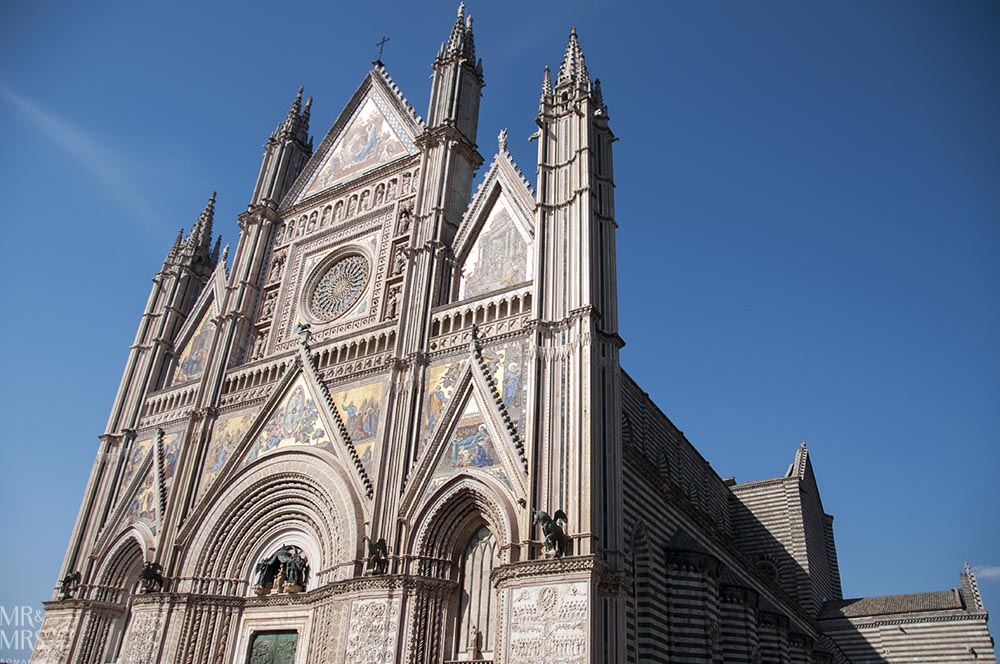 The duomo at the heart of Orvieto is reminiscent of the striped cathedral in Siena, and its beautiful walled outlook high above the vistas of the central Italian plains is as just as stunning as Certaldo, Volterra or San Gimignano.

But there’s something else here that sets Orvieto if not apart then certainly adjacent. 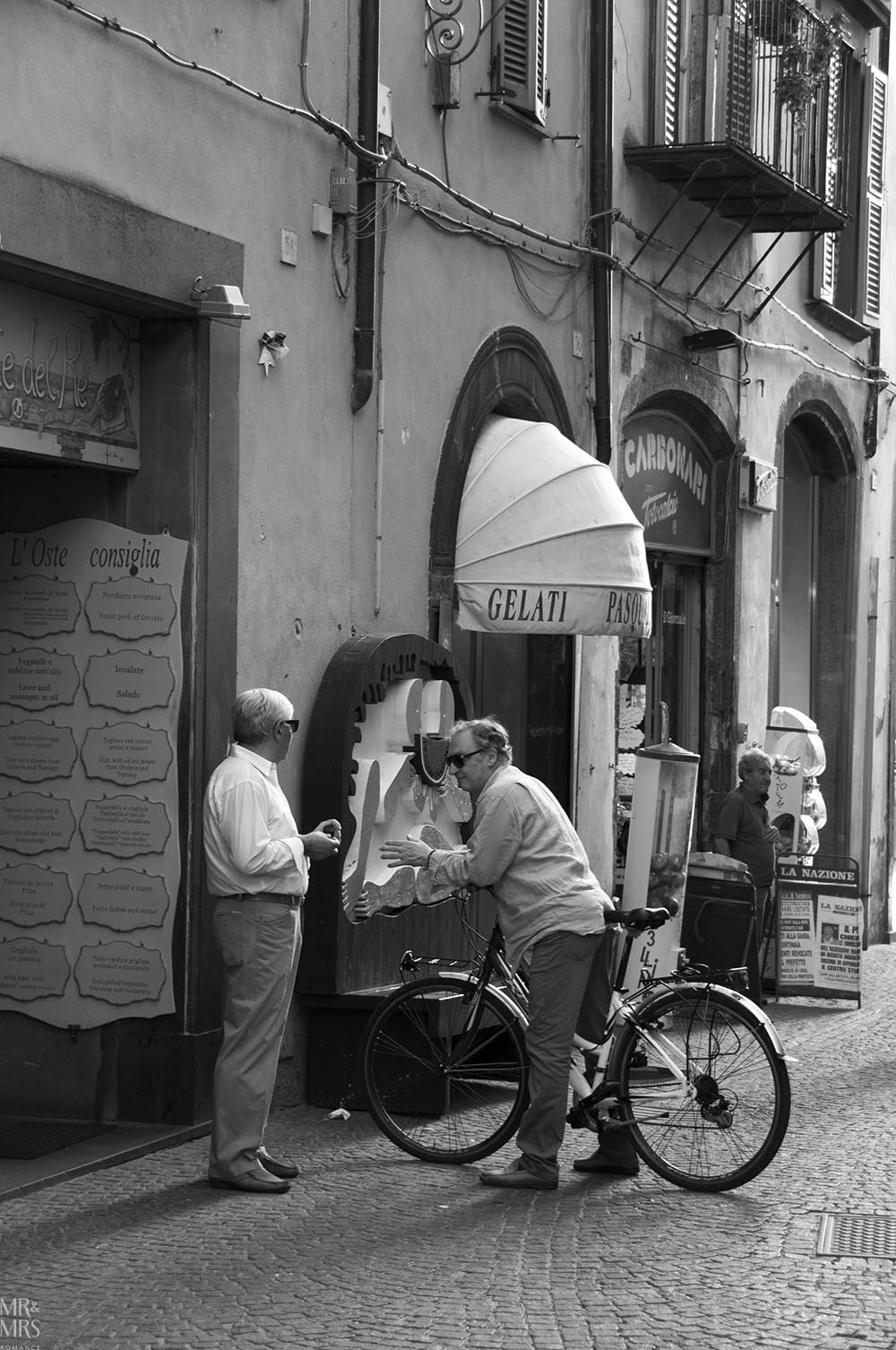 Climbing to the top of what once was a volcanic peak, the walls of Orvieto open to welcome you in. There are a few ways to get to one this ancient town’s gates. You can either hike or drive, or on the town’s northeastern side, you can ride the funicular train to the summit.

Once inside the walls, the city squeezes you between narrow cobbled lanes into flagged piazzas and leaves your neck sore from gazing at the grand walls of the duomo.

But it’s what’s beneath your feet that’s the real treasure here. 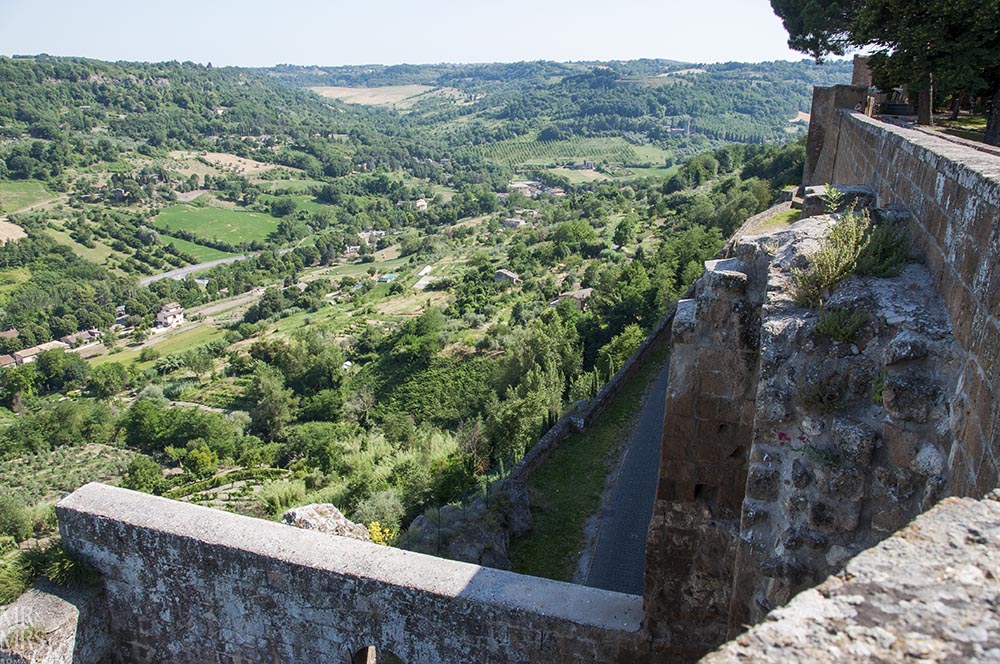 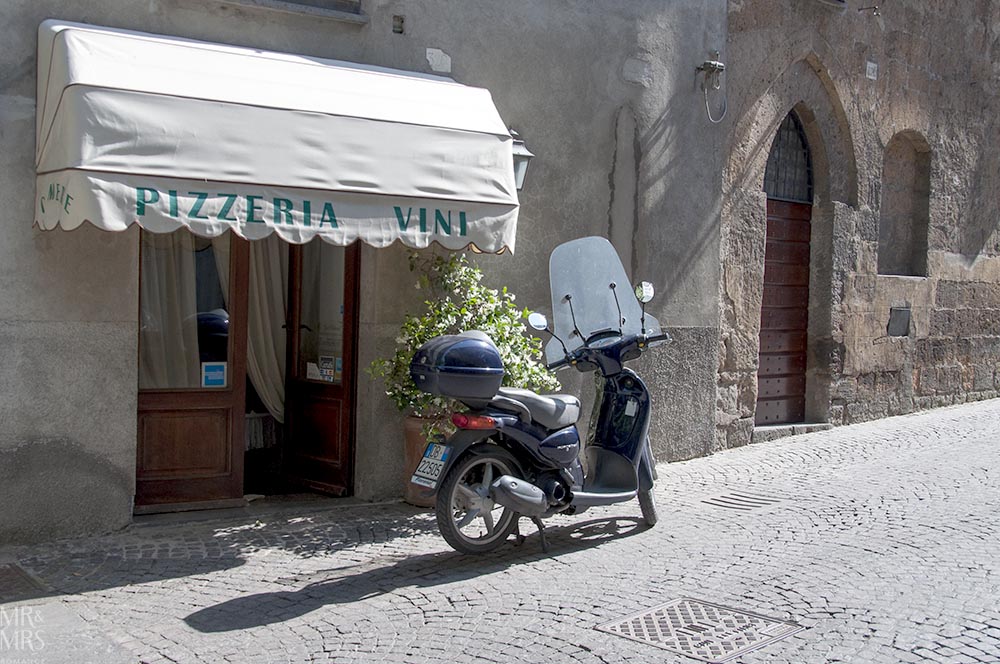 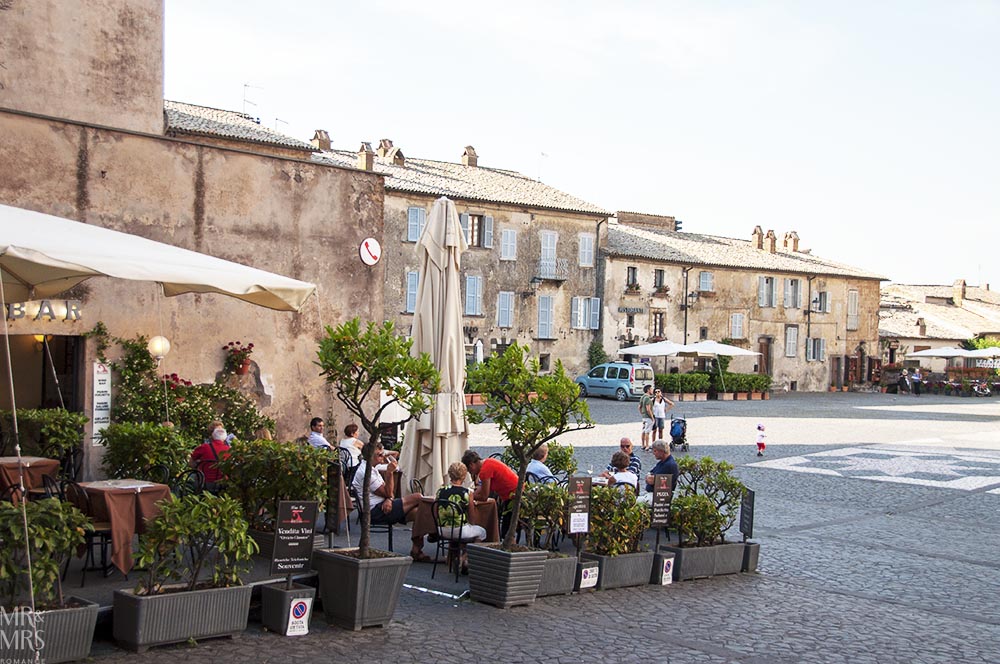 Under Orvieto – the volcanic caves of the Etruscans

Near the doors of the great duomo, you guide takes you down age-worn stone steps deep beneath the city.

You see, the city of Orvieto has been around for over a thousand years. Its first inhabitants – the Etruscans – created tunnels and chambers in the soft rock of the volcano for storage, olive pressing, fresh water access and escape passages in case of attack.

It turns out the Etruscans were wise to do so.

When the Romans came to take the city, the Etruscans closed their doors and holed up. The siege lasted a whole year but the locals were able to survive thanks to their wells and the pigeon lofts they’d built into the rocks.

Descendants of those pigeons still inhabit the caves you visit on the tour and you can also see the wells every house in the original city had. Some of the current houses still have access to their private caves too. 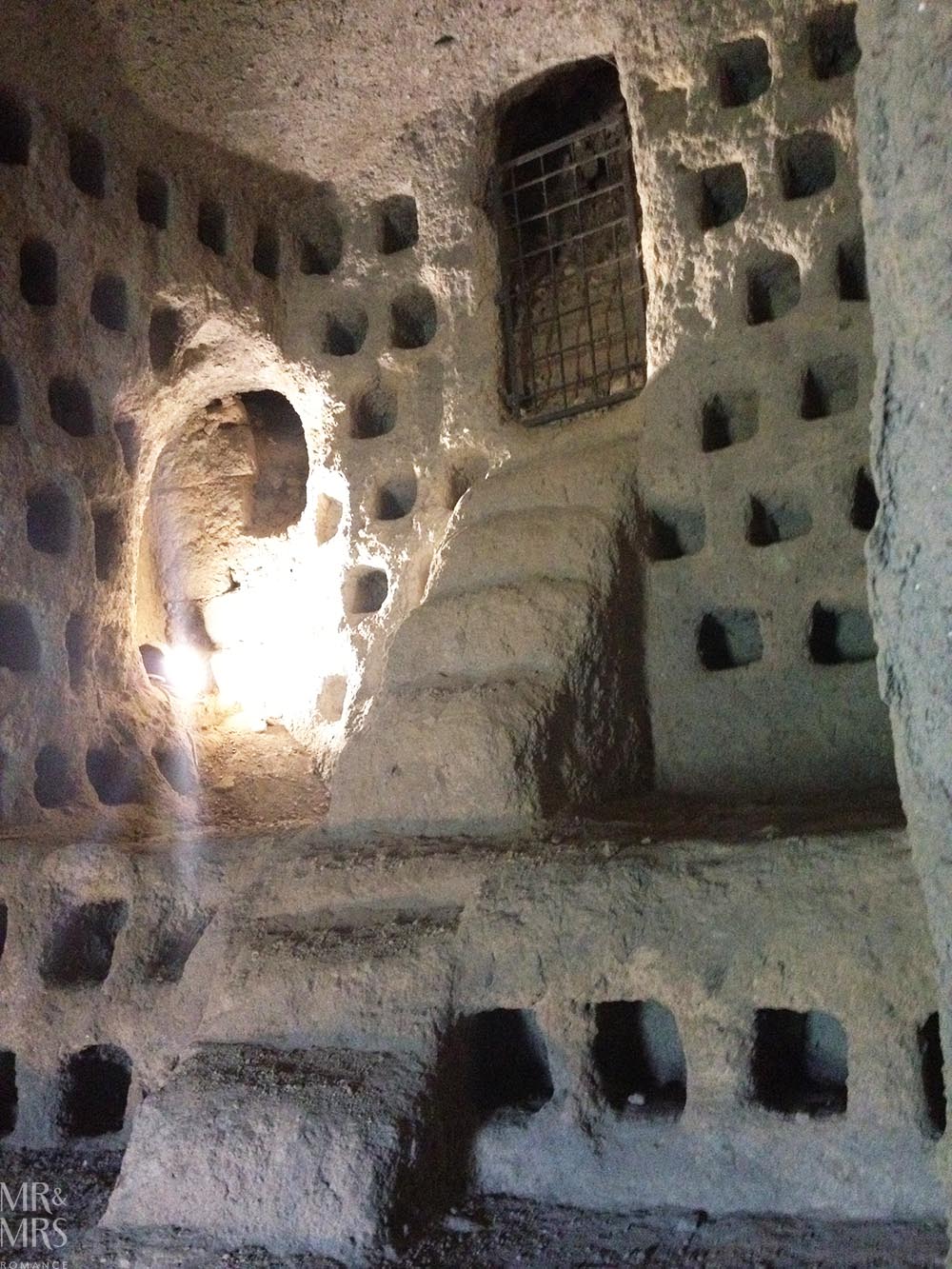 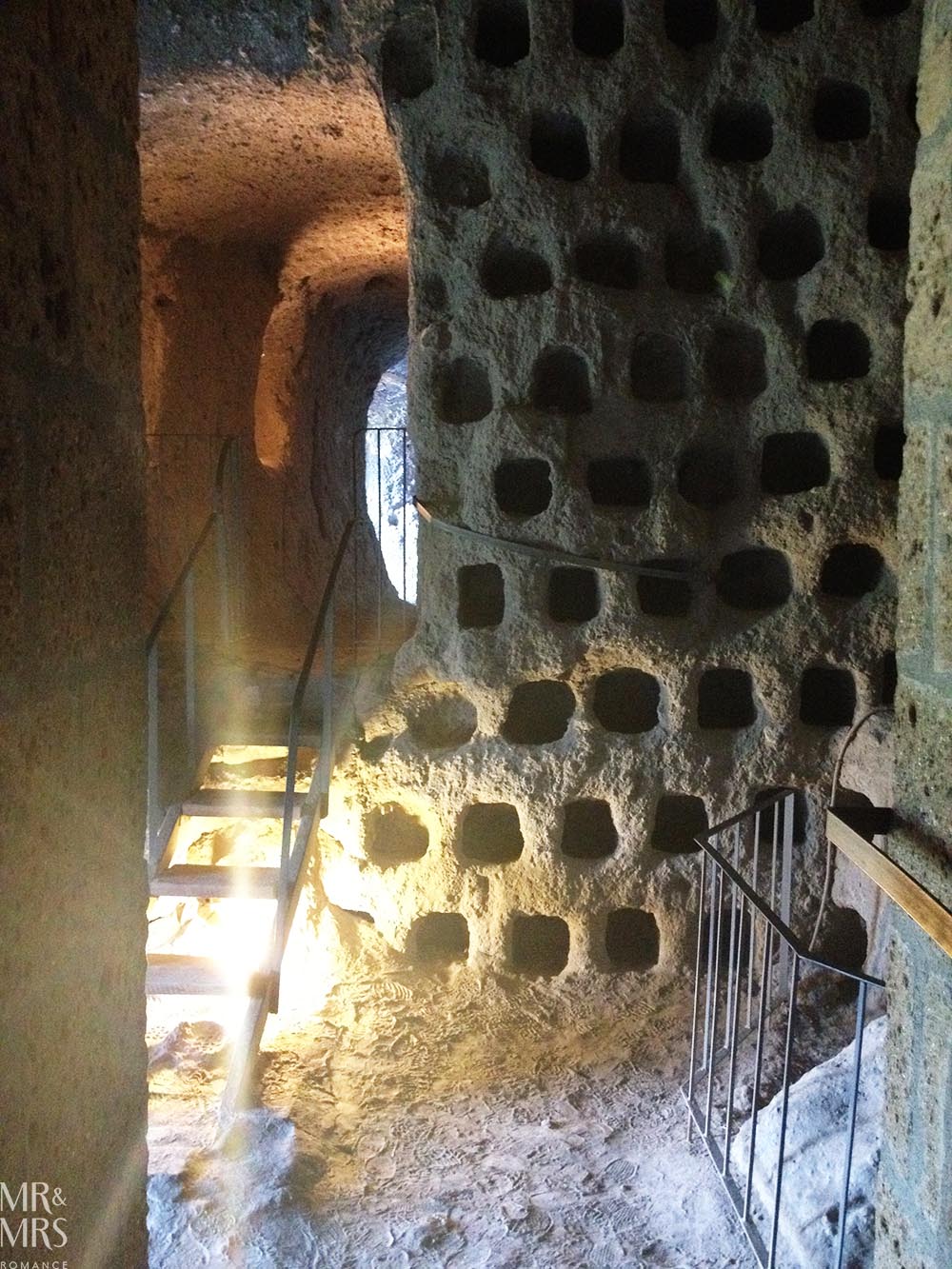 Unfortunately the Romans finally lost their patience with the siege and stormed the city utterly destroying it and its human inhabitants.

Though there’s no sign of the city left above ground, these caves and tunnels tell a different story.

The 45-minute tour really is intriguing and gives an insight into this mysterious history of the now-extinct Etruscan race that still very little is known those people.

You can book your tickets to the Pozzo della Cava here or at the ticket office in town – though pre-booking is a good idea to avoid missing out. They only take small groups at a time.

Back above ground, you seem to look at the town differently, knowing what’s under it and what went on here so many hundreds of years ago.

If you time things right, your very welcome post-tunnel spritz will be accompanied by platefuls of snacks. Umbria, like Tuscany, enjoys a very hearty aperitivo hour. 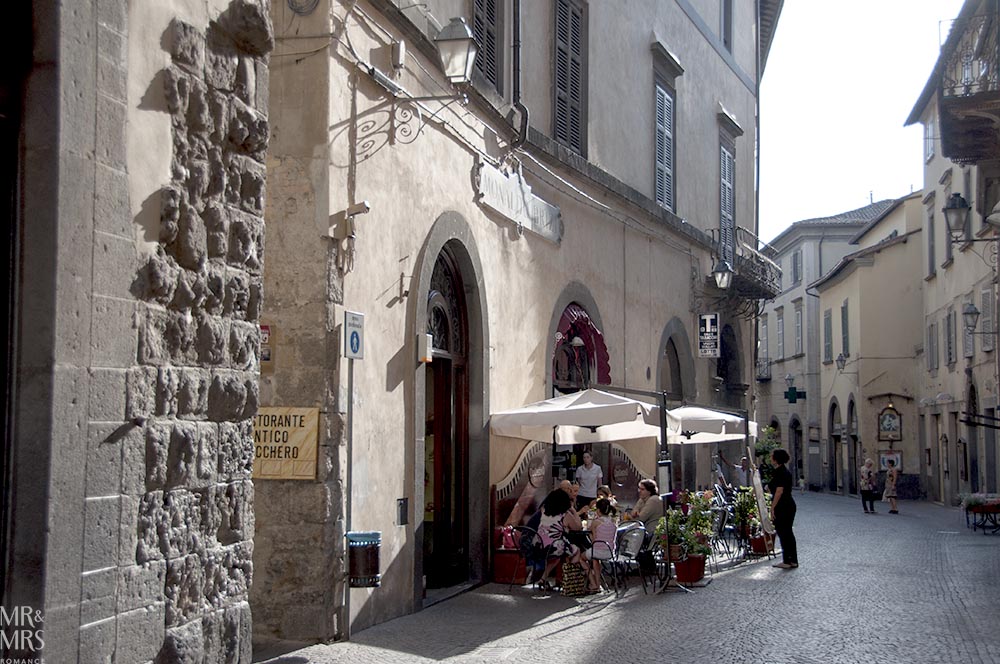 And if you’re still hungry after that, there are some amazing bars and little cafes worth looking at, and let’s not forget the salumerias with their cured sausages, cheeses and wild boar proscuito hanging in the windows.

It’s a lovely way to watch the sun go down with a selection of local produce, sitting on the walls of this ancient city. 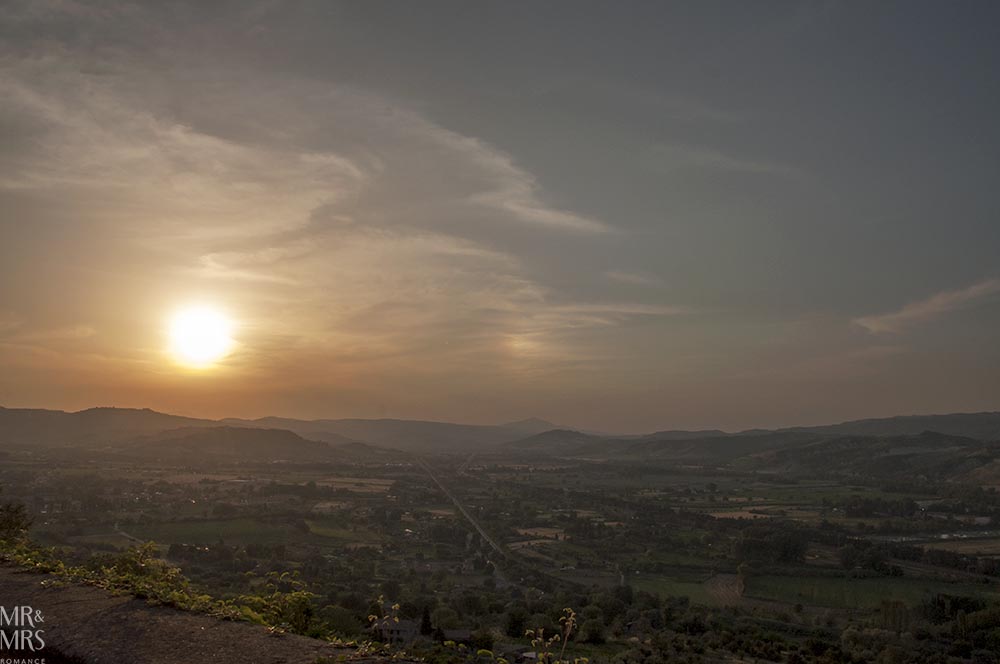 Where to stay in Orvieto

We’ve always found staying within the walls of European cities quite bad value for money. And you don’t usually get much space either.

Christina found a little family-run hotel less than five minutes from the town. Villa Aquafredda is a converted homestead and has big comfortable rooms, and amazing views over to Orvieto and across the plains. There’s even an outdoor pool if you fancy a dip.

Perfect for a night or two, it means you can easily have a full day in Orvieto without having to travel too far from your accommodation. 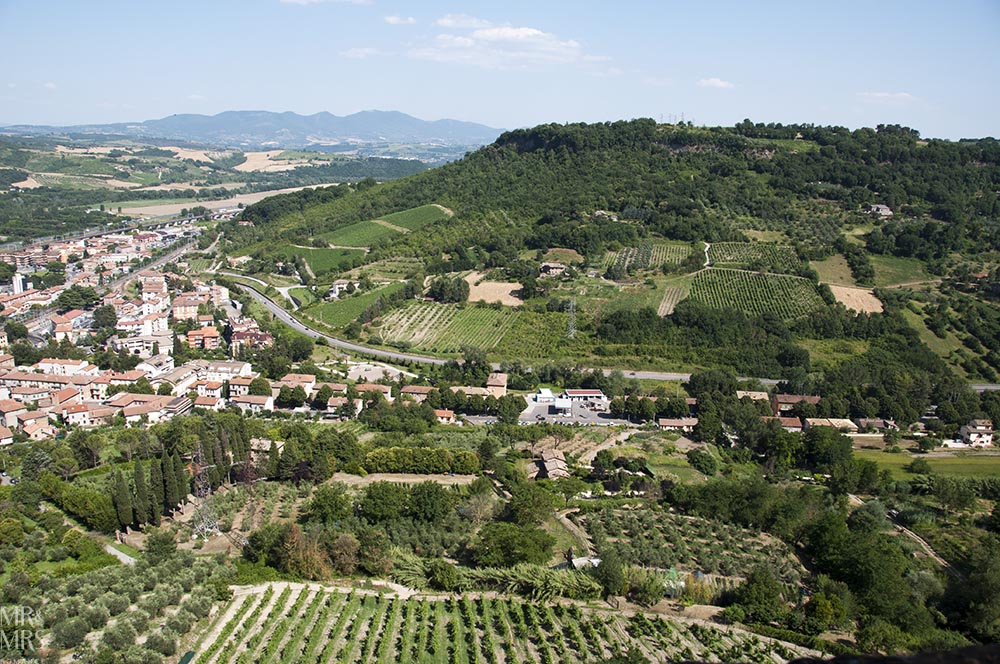 Millions of people visit Australia’s Hunter Valley wine region each year. It’s the 6th most visited place in the country – but do you…