The Biennale art exhibition has been going since 1973. Every two years since then, almost 90 countries showcase artists on an individual level “rather than representations of nationhood.” But it’s not the only reason to go to Cockatoo Island in Sydney. 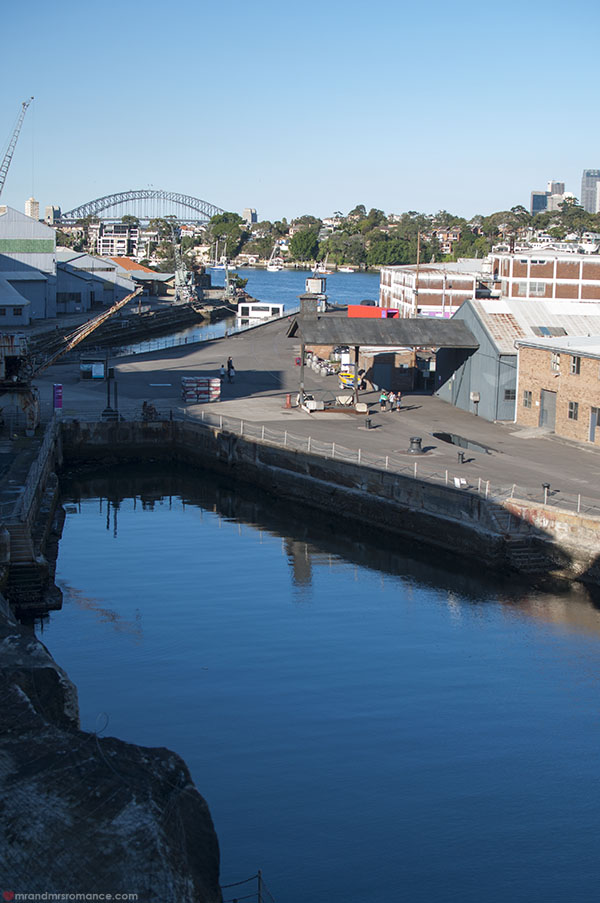 We love exploring Sydney when the Biennale is on. It’s like being in a different city with new things to find everywhere. Our favourite place to go is Cockatoo Island – a quick 15-minute ferry ride from Circular Quay. 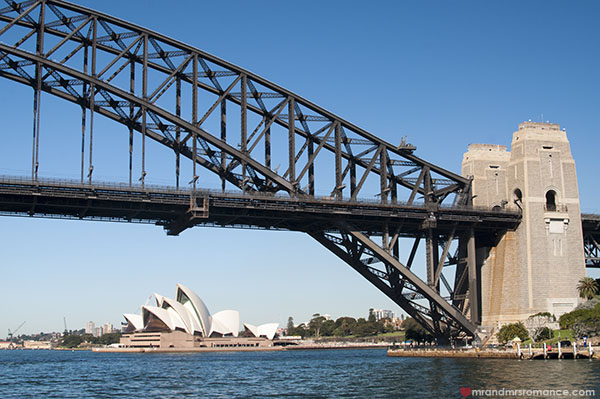 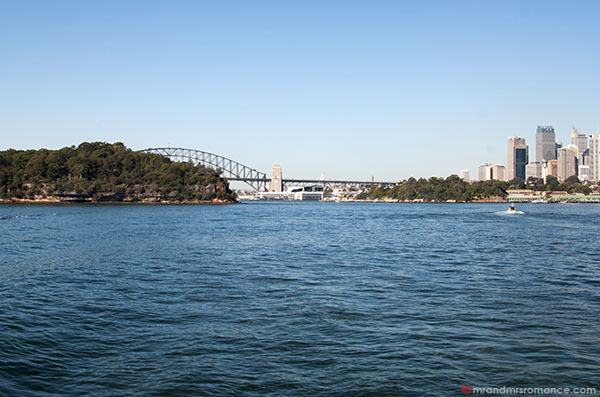 The island has had many uses over the years. It’s been a prison, a military base, a ship yard, even a girls’ school. And now it’s the canvas to one of the most famous international art exhibitions.

As Cockatoo Island is quite important historically and is itself on the UNESCO World Heritage List, everything you look at feels like an art installation. The giant rusting cranes, the huge dilapidated industrial warehouses, the squat sandstone buildings; it’s an unusual place. 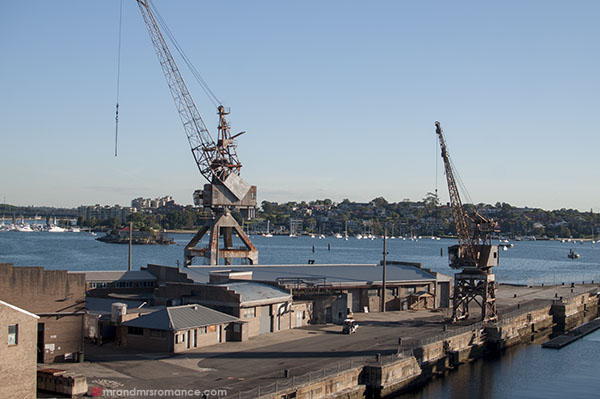 The art here is often interactive, and this year’s is no different. We really enjoyed the Bush Power installation by Gerda Steiner and Jörg Lenzlinger. They’ve covered a load of old discarded gym equipment in plants and bushes, then connected them up to various random objects so that when the equipment is used, other things move too.

A plastic skeleton dances when you work the elliptical cross-trainer, a bench press machine squirts pink liquid from a fountain which then forms pink crystals as it dries, and a chest press makes two toy pigs grunt and water run from a hose when the two pads come together. 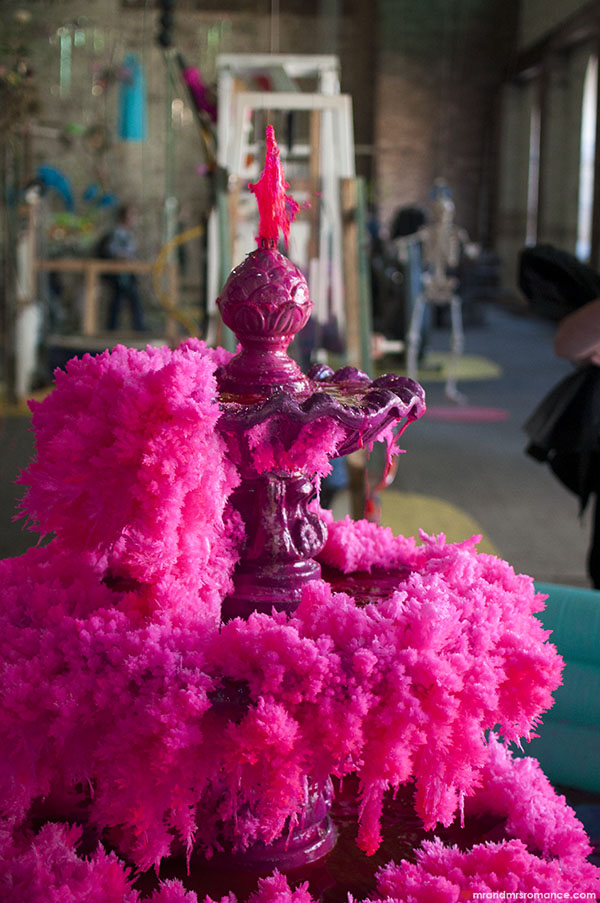 There’s even a ghost train ride you can take through one of the tunnels on the island – but you have to be at the start at 11.30am when the tickets are handed out. Bush Power, the ghost train and other pieces like this waterfall projection show how well the artists use the huge amount of space available here. 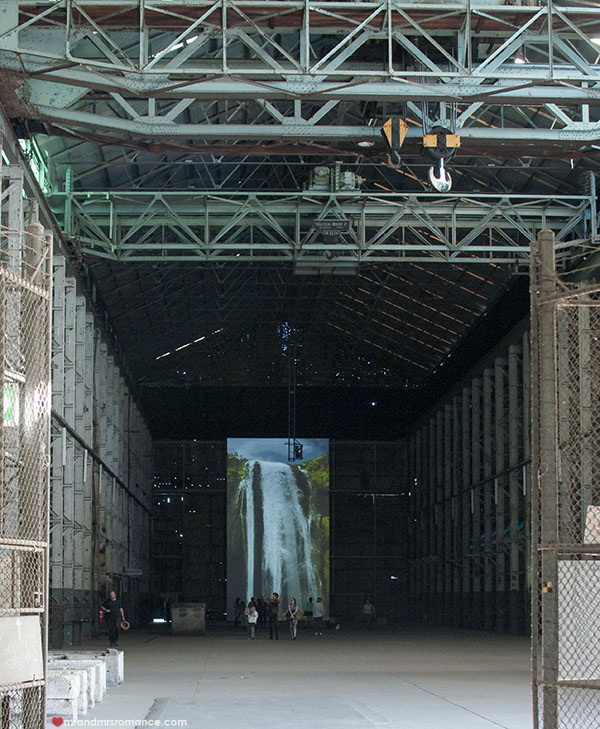 And that’s the good thing with a venue like Cockatoo Island: the scale of the artwork that can be installed here. It doesn’t just have to be walls of paintings or photos, or small sculptures.

But the best part of this year’s Biennale – and I’m probably going to be branded a philistine for saying this – are the bars and food stalls on Cockatoo Island. Previously there have been one or two cafés dotted about. This time, you could happily do a bar hop that would take a few hours to finish. 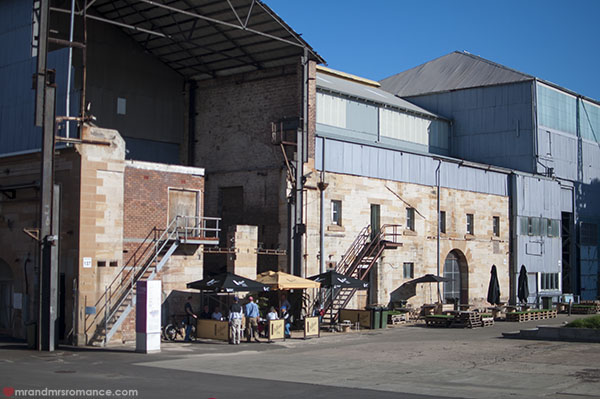 We stopped at the Island Bar for a quick cocktail on our way round and to be honest we could have stayed there all day. Blue and white umbrellas and comfy deckchairs are spread around a European private beach style bar, and the wood fired pizzas you can get there are supposed to be excellent. 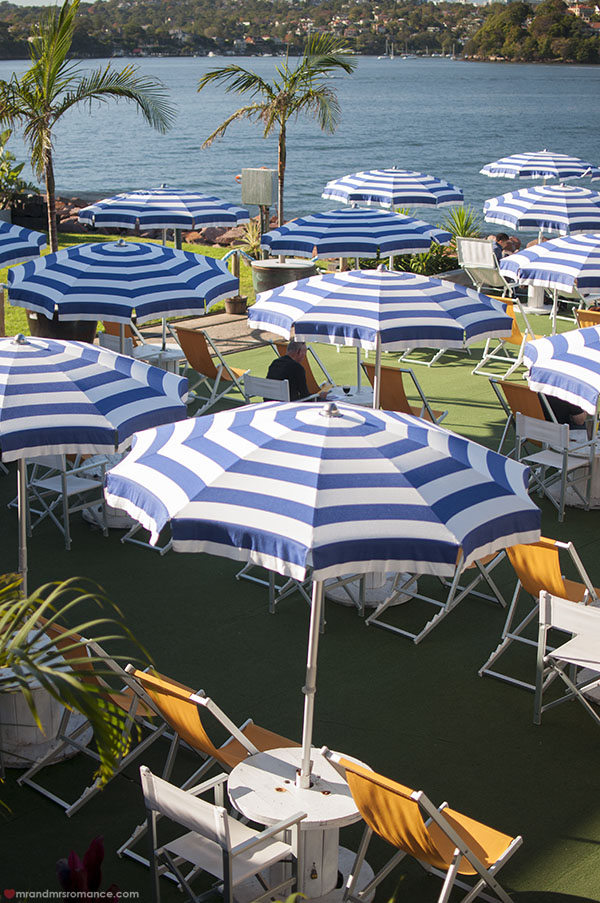 There are also licenced cafés, a German sausage truck, a pop-up dumpling bar by Bamboo and a wine bar on the hill.

In fact I think it’s worth going to Cockatoo Island just for the ferry ride (only $7 return), a few relaxing drinks at the bar and some tasty food.

You might as well check out the art while you’re there though!

You can buy the tickets and catch the ferry from Wharf 6 at Circular Quay or pre-order them online . Have your camera ready for some great photos of the Harbour Bridge and Sydney Opera House as you head west.

The Biennale is still on until 9th June, so make sure you get there before it finishes. 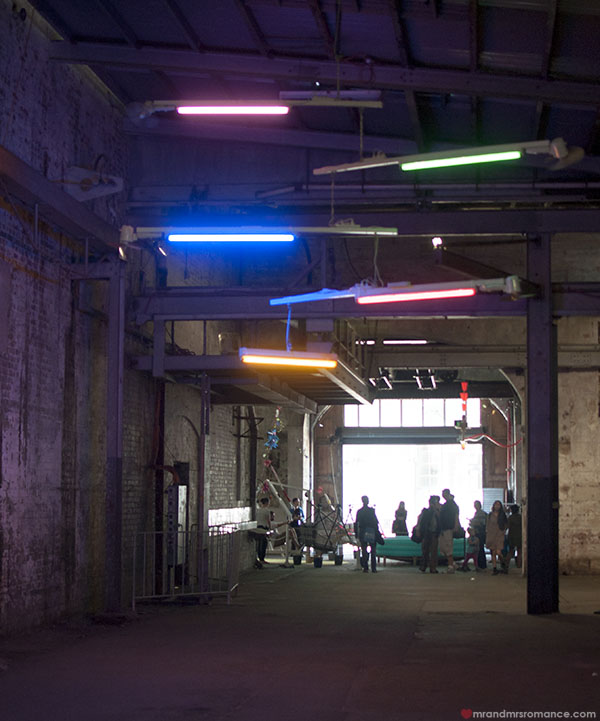 Have you ever been to a Biennale exhibition? Where did you go? Did you enjoy it? Tell us in the comments!

We love a stay-cation. There’s something about having a holiday in your own town… We both love going to the beach in the winter….