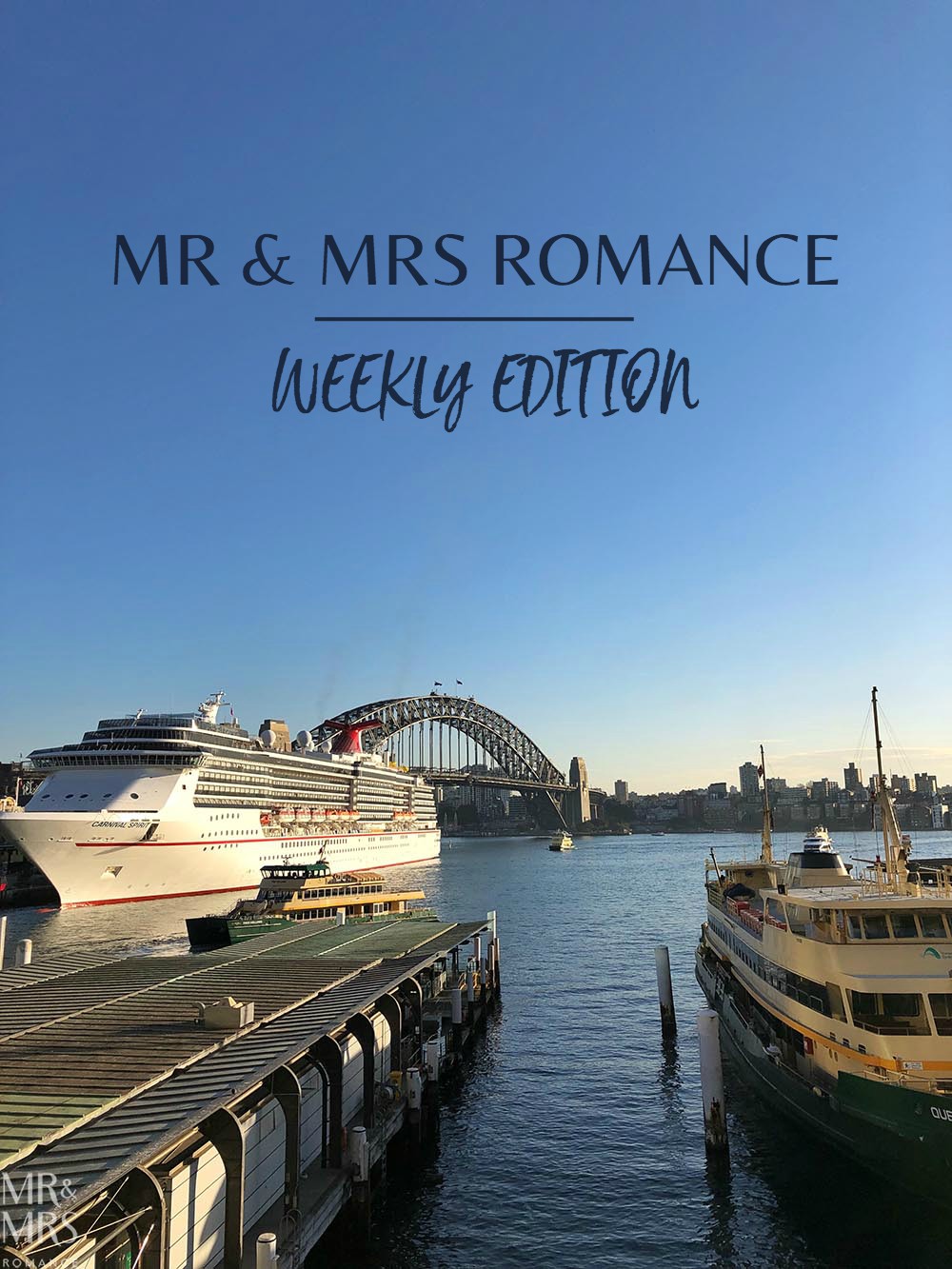 We’re about to head off on our next trip – to beautiful Thailand. This is much more work related than the recent monster itinerary we just finished though. We’re going to a – the travel writers’ convention.

To make sure we don’t miss Sydney too much while we’re away though, we’ve smashed a few of our favourite local food spots before we leave.

Check out this week’s update, which is full of food, friends, travel and – if that’s not enough for you – cats! 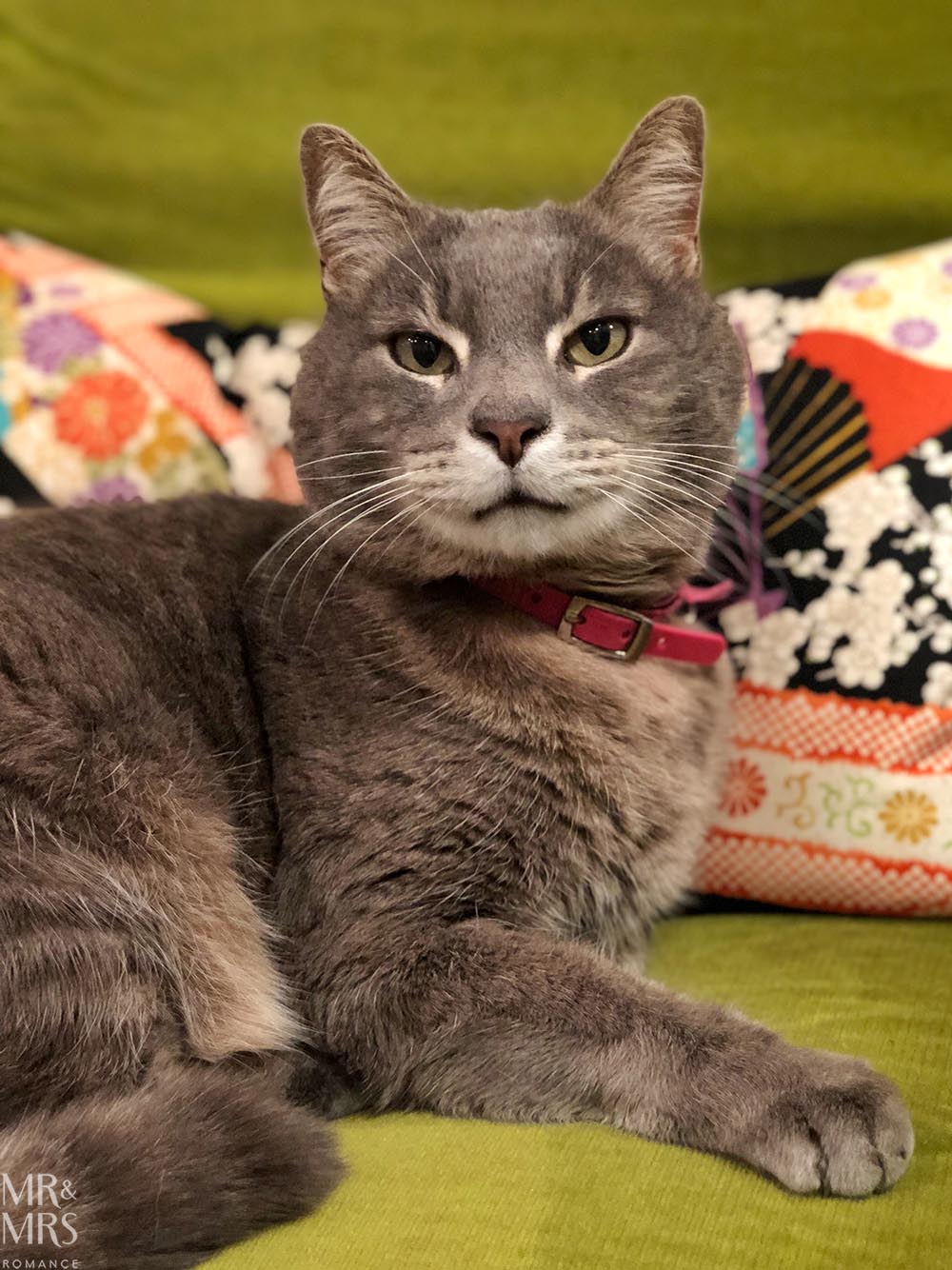 As promised, here’s one of the finest looking cats we know. Aptly named George Clooney, this elegant gent assists his grateful humans Jo and Paul with things around the house. They’re very lucky.

We’re also lucky, because we’ve managed to squeeze in some time with them for dinner and their little girls, who aren’t so little anymore. 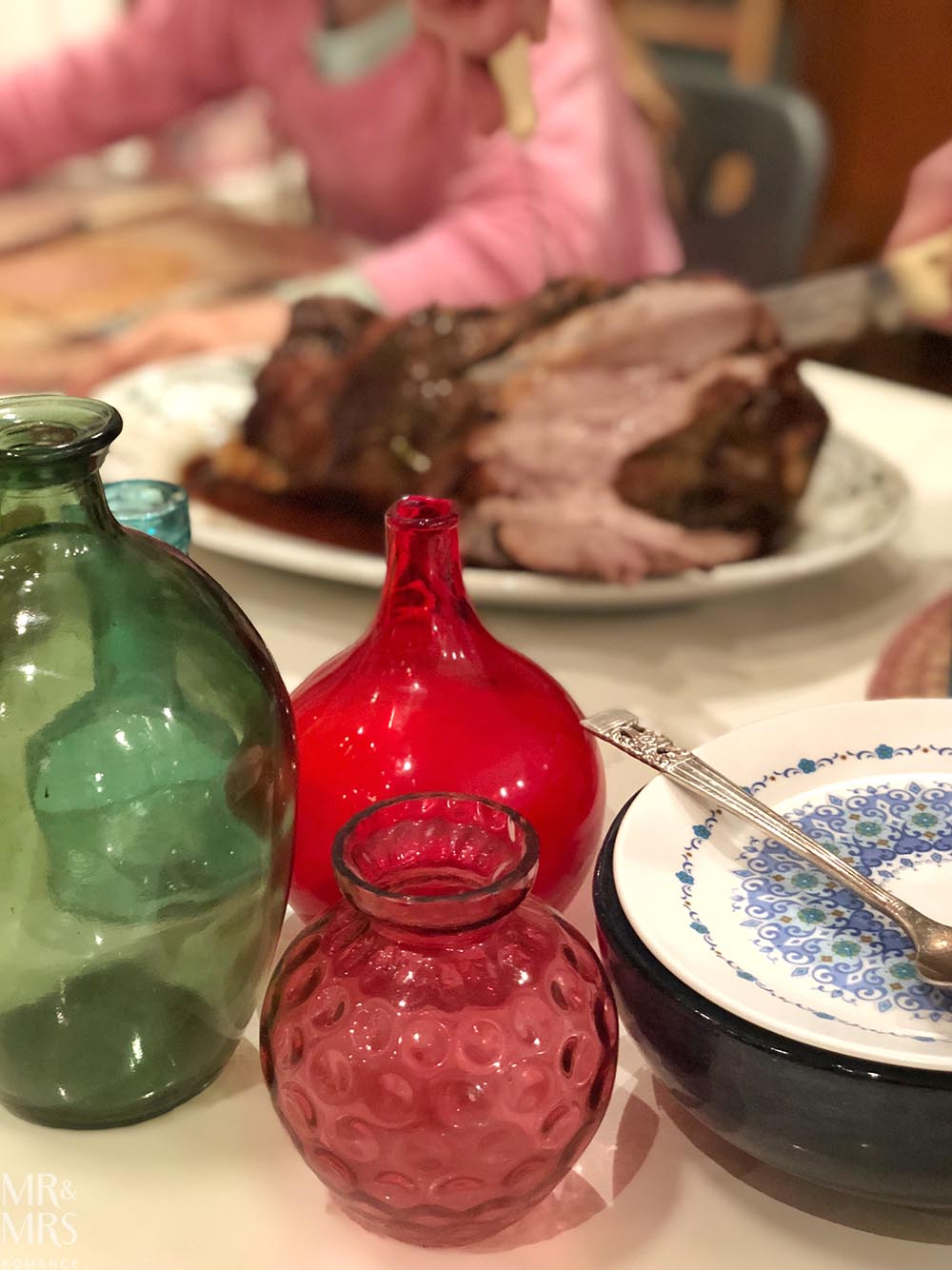 Dinner round Jo and Paul’s is a delight. It’s only when we’re sitting in their new (beautiful) house that we realise it’s been way too long since our last dinner together. 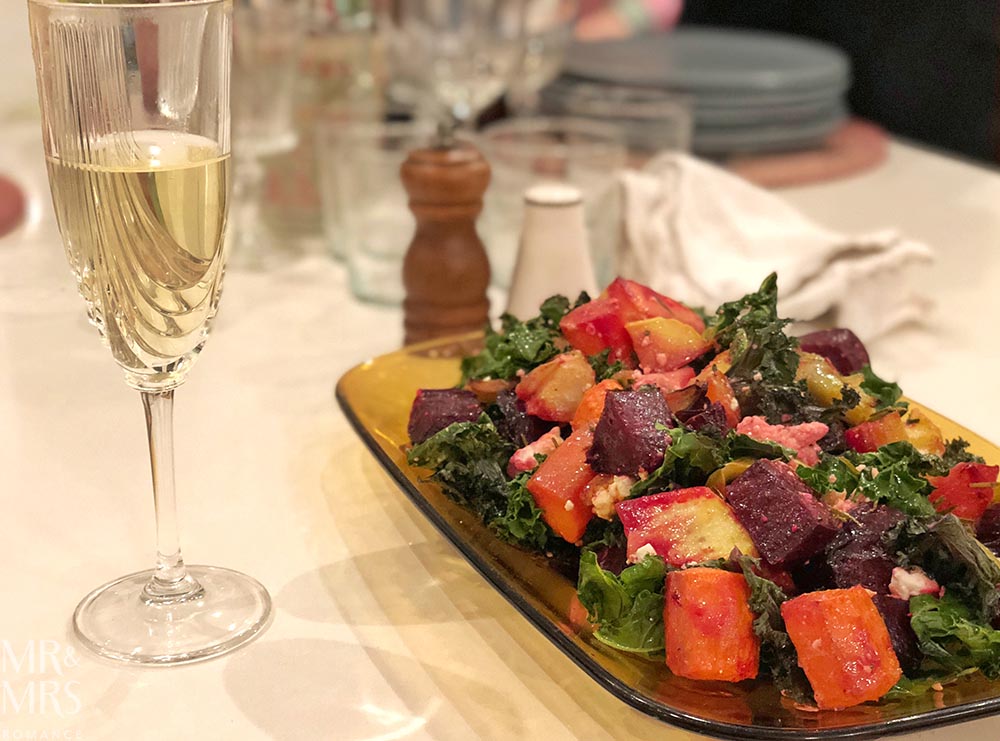 Jo’s also just knocked up a quick roasted veggie salad to go with the meat, which is delicious too and beautiful to boot. We finish up with this excellent meal then put their daughters to bed. Somehow Christina and I have been voted to do bedtime reading and – most unwisely – a lullaby.

I just hope we don’t cause any nightmares!

After the girls are asleep, we all get down to the serious stuff of finishing the wine, starting the brandy and catching up. It’s a great night. 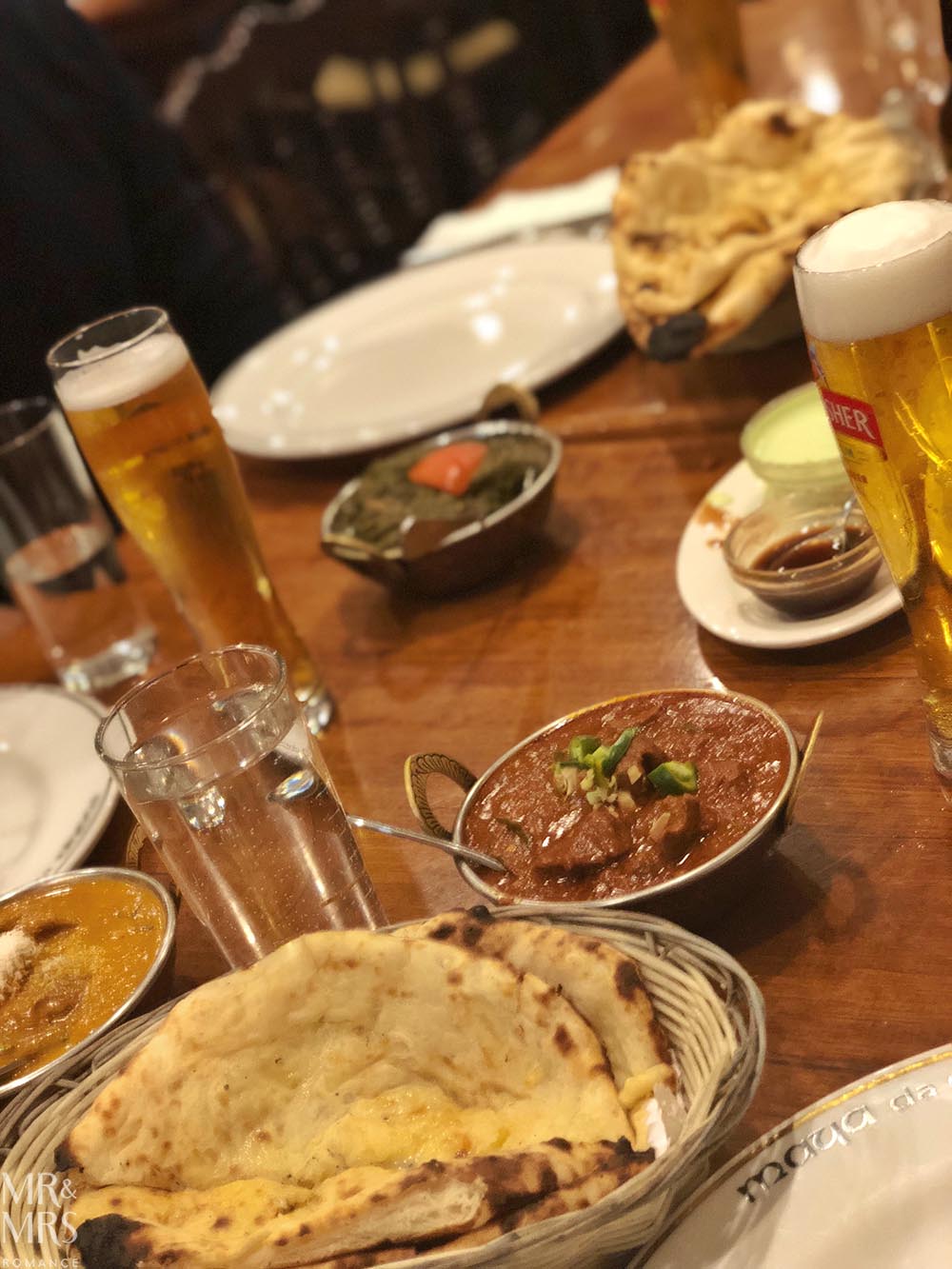 With our trip overseas looming and a lads’ night out very much overdue, my friends and I get together in our traditional curry house in Surry Hills/Redfern – Maya da Dhaba on Cleveland Street for a few beers and a ruby!

This place is as close to a British curry you can get to in Sydney and we’re all well happy. It’s also so good to have so many mates together again too. I think we’ve missed each other. 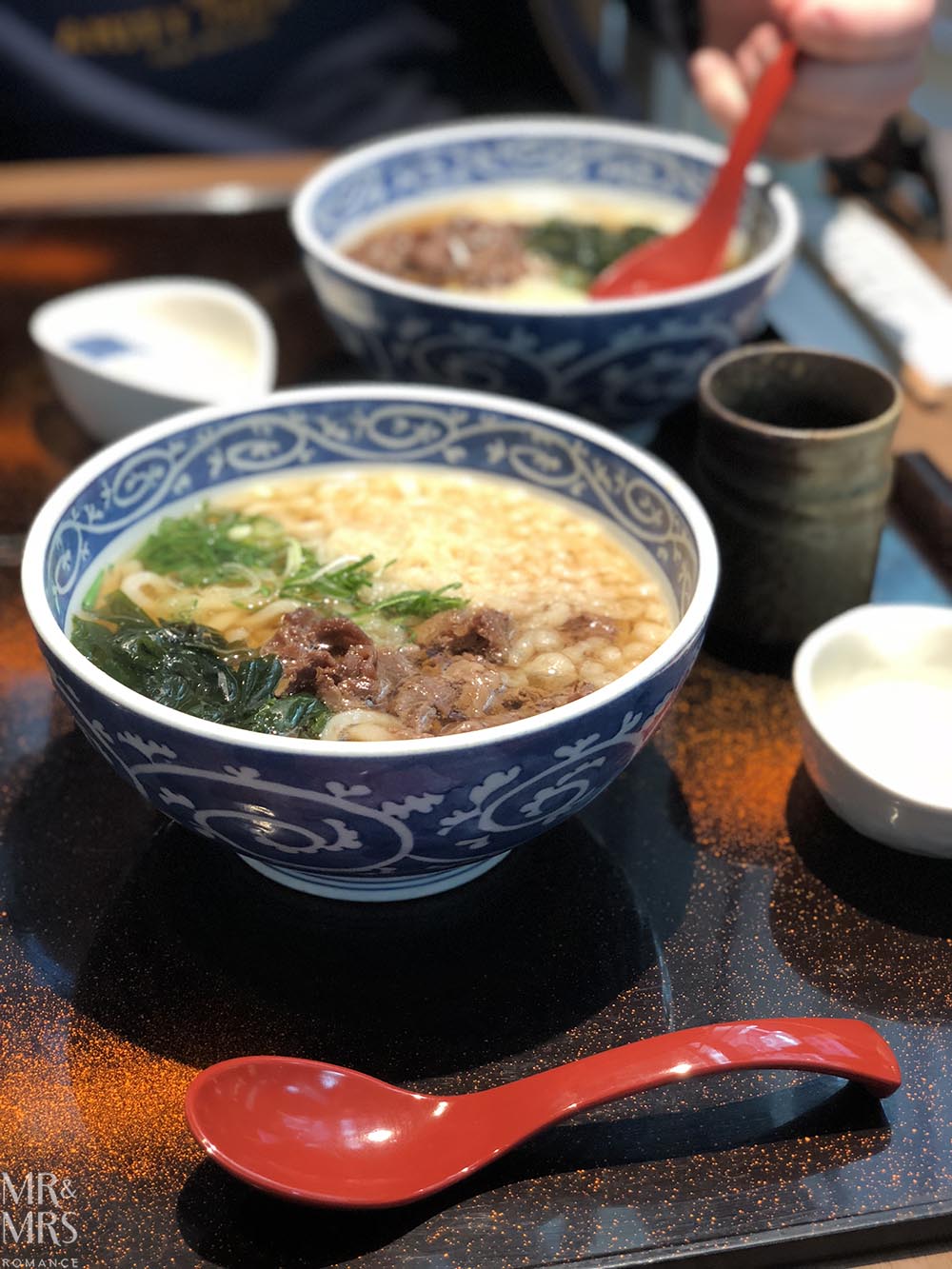 It’s our last day before we fly off to Thailand and Christina and I are both fed up with thoughts of packing and planning.

We mooch into the city for lunch and to run a couple of last-minute chores.

This meal is definitely not a chore though. We’ve come to Yayoi Japanese Teishoku Restaurant in the Galeries. The menu here is not only touch screen, it’s good enough to make the most decisive person’s choices difficult.

Perhaps that’s why in the end, Christina and I order the same thing: the wagyu niku udon. The meat has been cut paper thin, the 60º egg is perfect and the broth is incredibly wholesome. We leave at the end of lunch feeling so satisfied… maybe we should change our plans and just go back to Japan tomorrow. 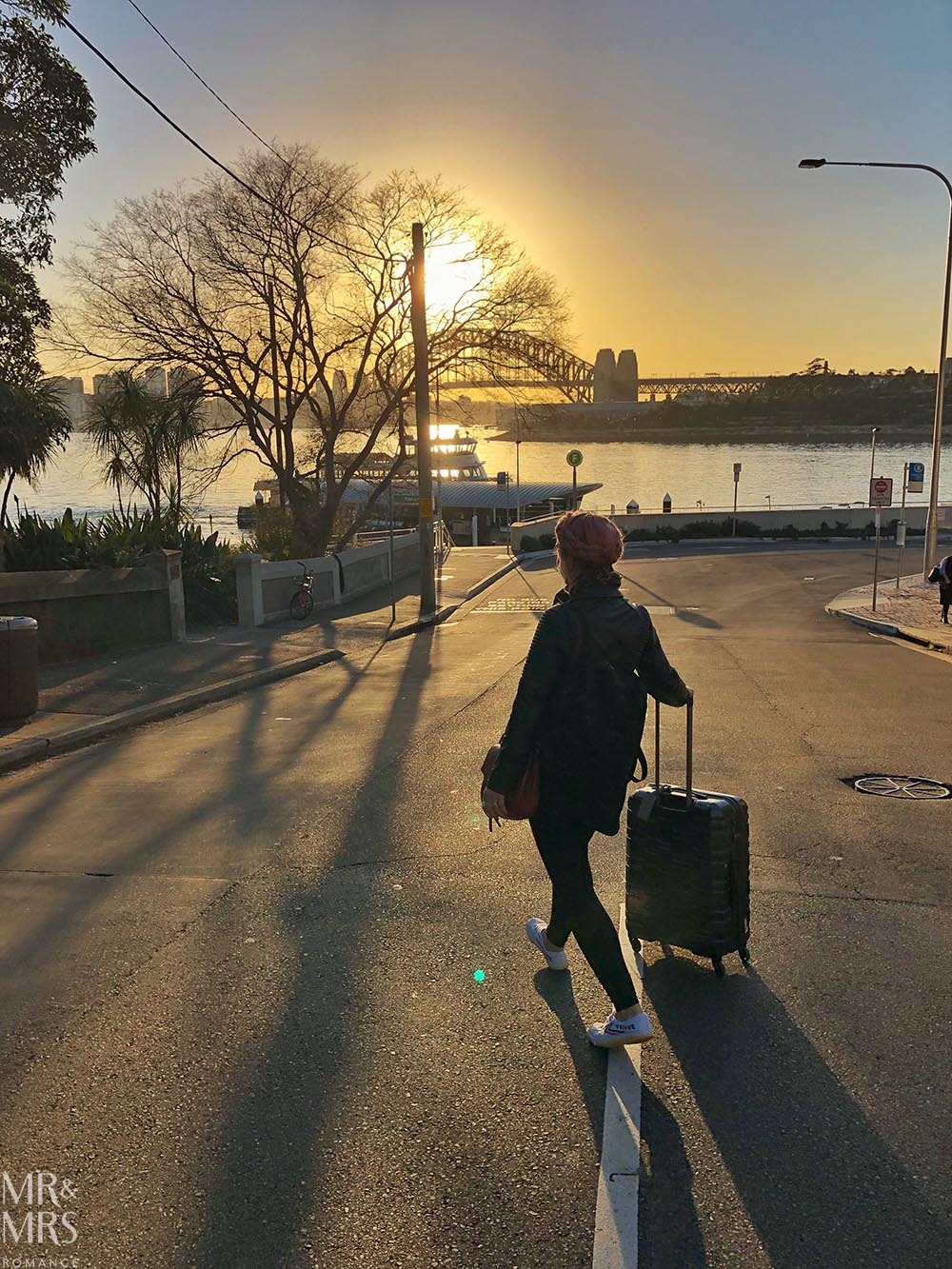 We’ve stuck to the original plan after all. We’re going to Thailand!

It’s an early start for us today to get to Sydney Airport on time – though we’ve already talked about how getting the airport early is a big part of our travel style. Click here to read it.

We’re lucky with a beautiful morning at least – though I still have trouble coming to terms with the fact that this time of day really exists or whether it’s just something Christina has told me to try and scare me. 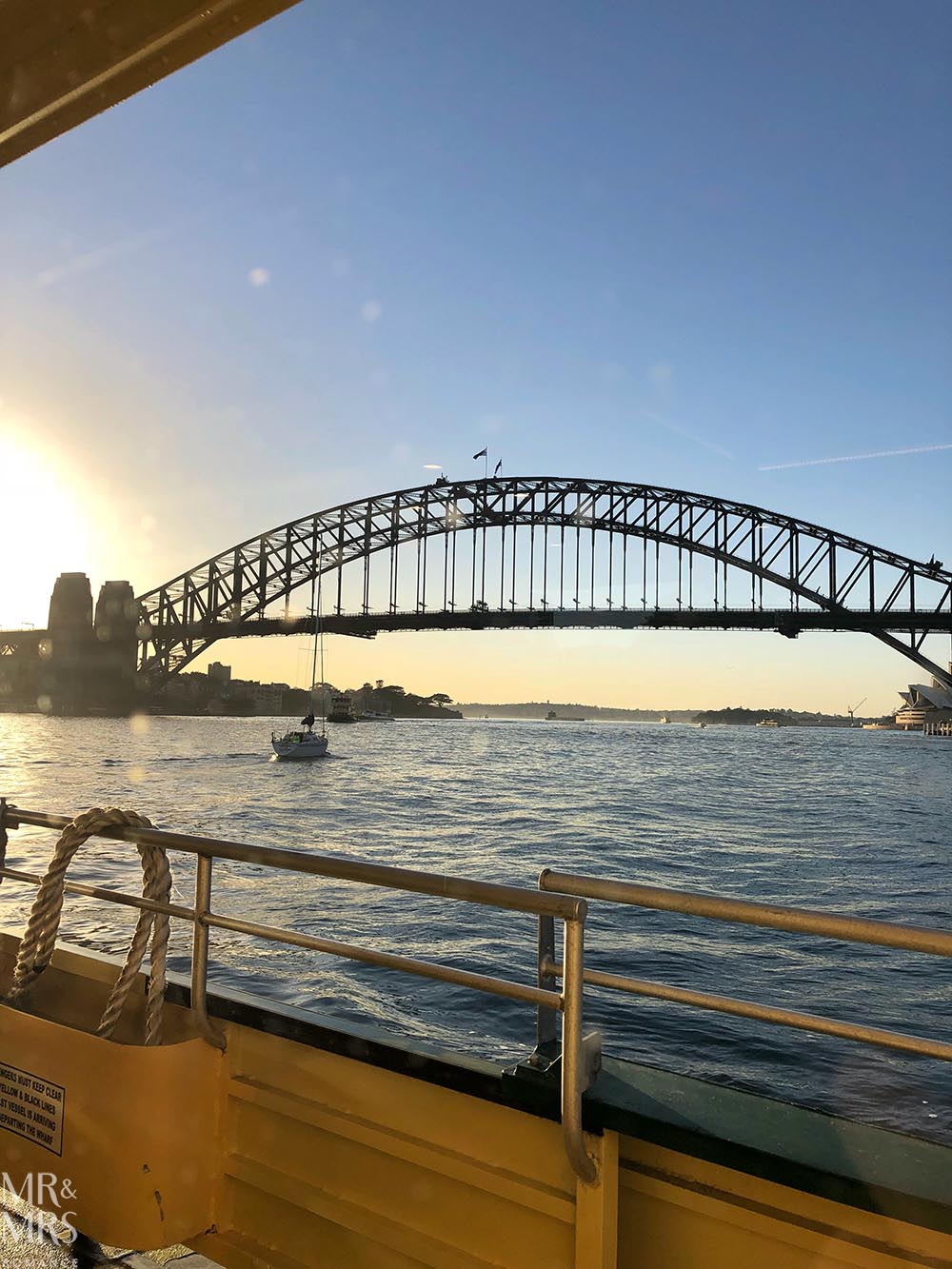 Our favourite travel tip: if you can start your journey with a ferry ride, you’re already winning a little bit. It’s such a lovely calming way to travel. The train to Sydney Airport is a bit expensive but look at how many of you are travelling and how far you’ve got to go, and you may find the extra you pay on the train is still better value. 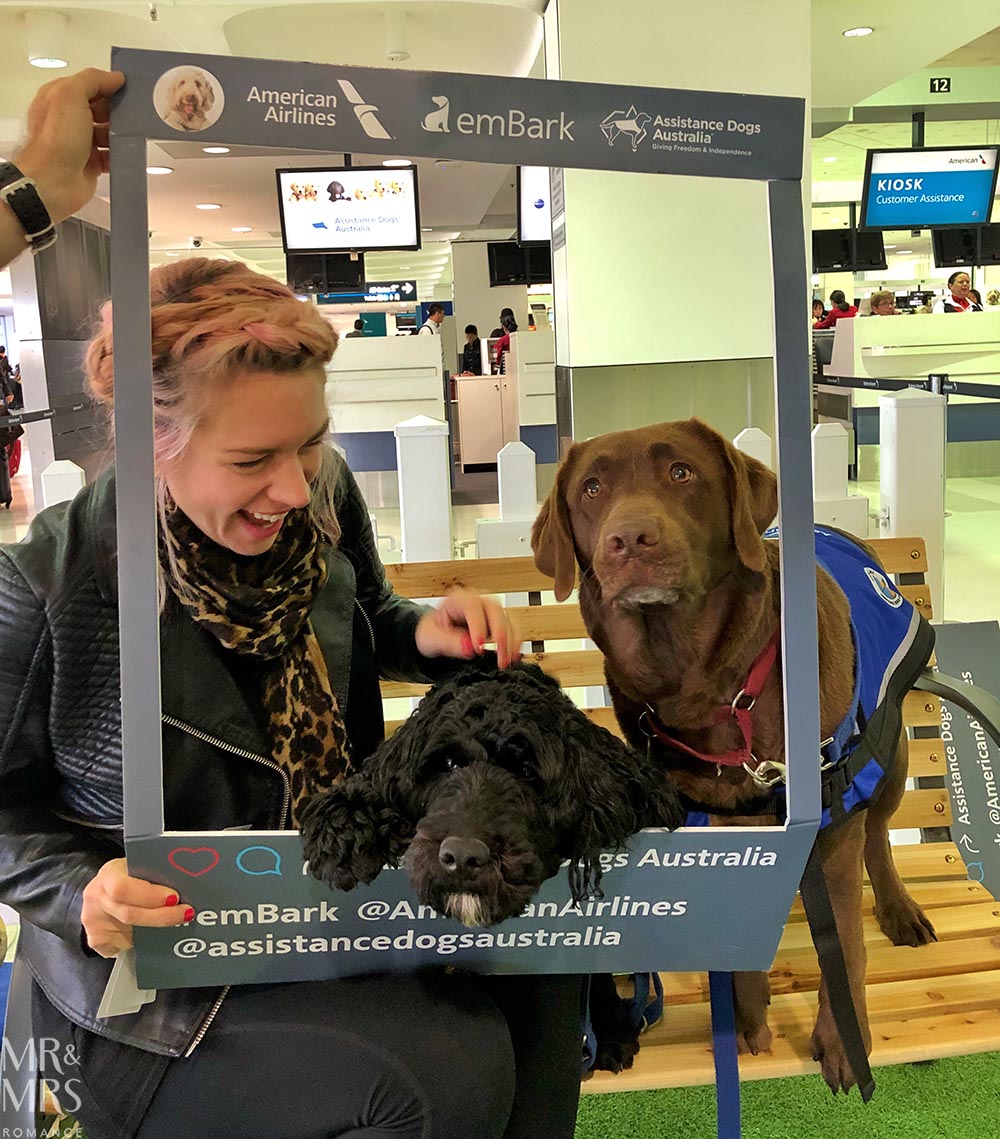 As I’ve mentioned many times how much Christina lovely arriving early for flights. But her enjoyment of an early start has just been increased by numbers that need little numbers above them to give them power!

These two beautiful creatures with Christina are assistance dogs to help with people who are nervous about flying. It’s amazing how much stress just disappears when you run your fingers through the soft locks of the likes of Alfie at the front.

It’s an initiative American Airlines is running at the departures lobby of Sydney Airport usually Tuesdays and Thursdays. They bring dogs in who are usually being prepped and socialised to be companion dogs for people with disabilities or to join a home that’s struggling. 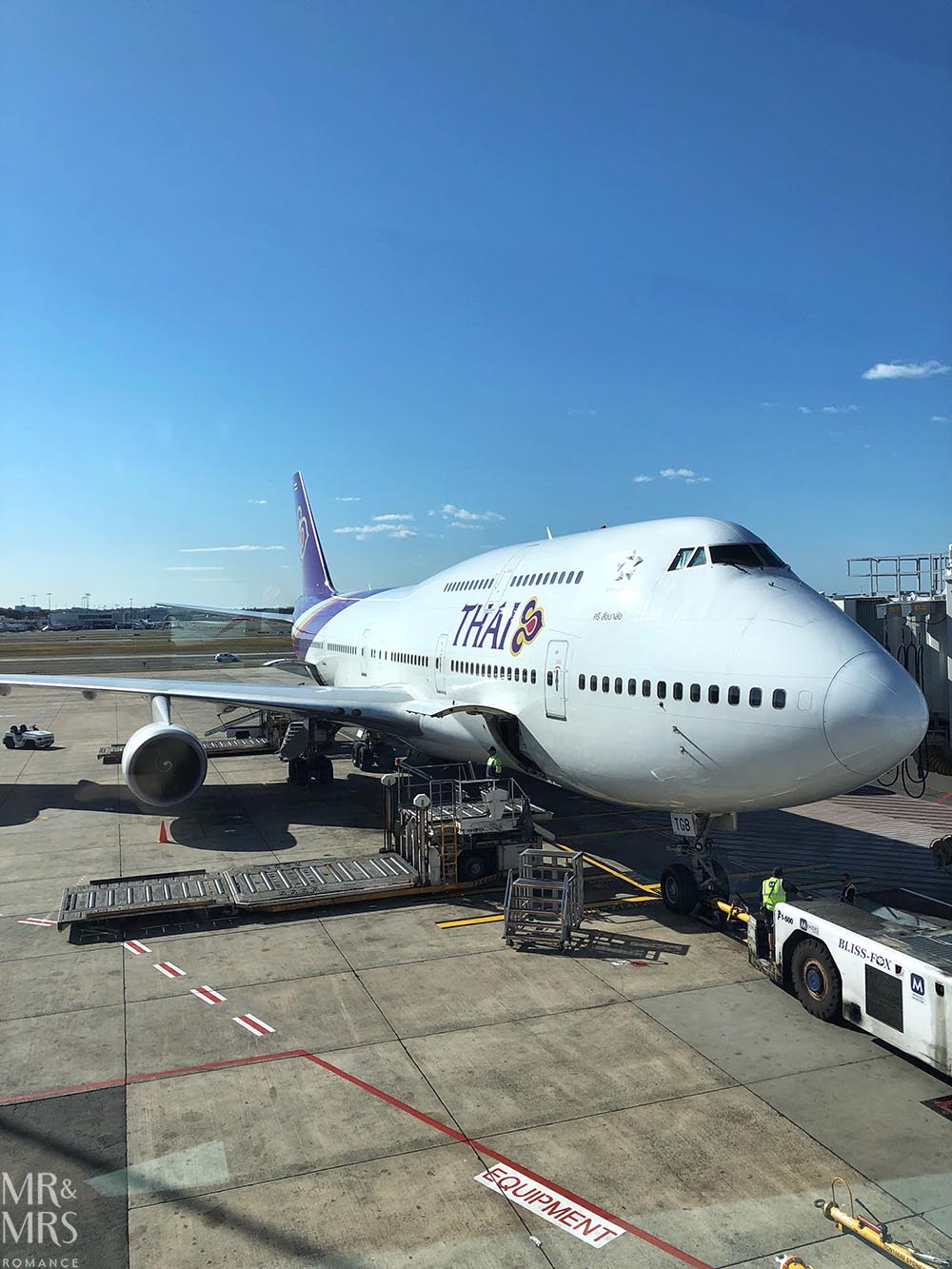 It’s nearly fly time! We’re flying to Bangkok to take part in the 2018 AGM and convention for the ASTW – Australian Society of Travel Writers. This society is a collection of many of the most respected and revered travel journalists in Australia and internationally.

Thai Airways has done a great job working on their service and have now won awards for best carrier 2018 but also best economy catering. I can see what the fuss is about. Every meal that comes out I look forward to and gobble it down as fast as I can – and not just because I want to get back to the movie I’m watching! 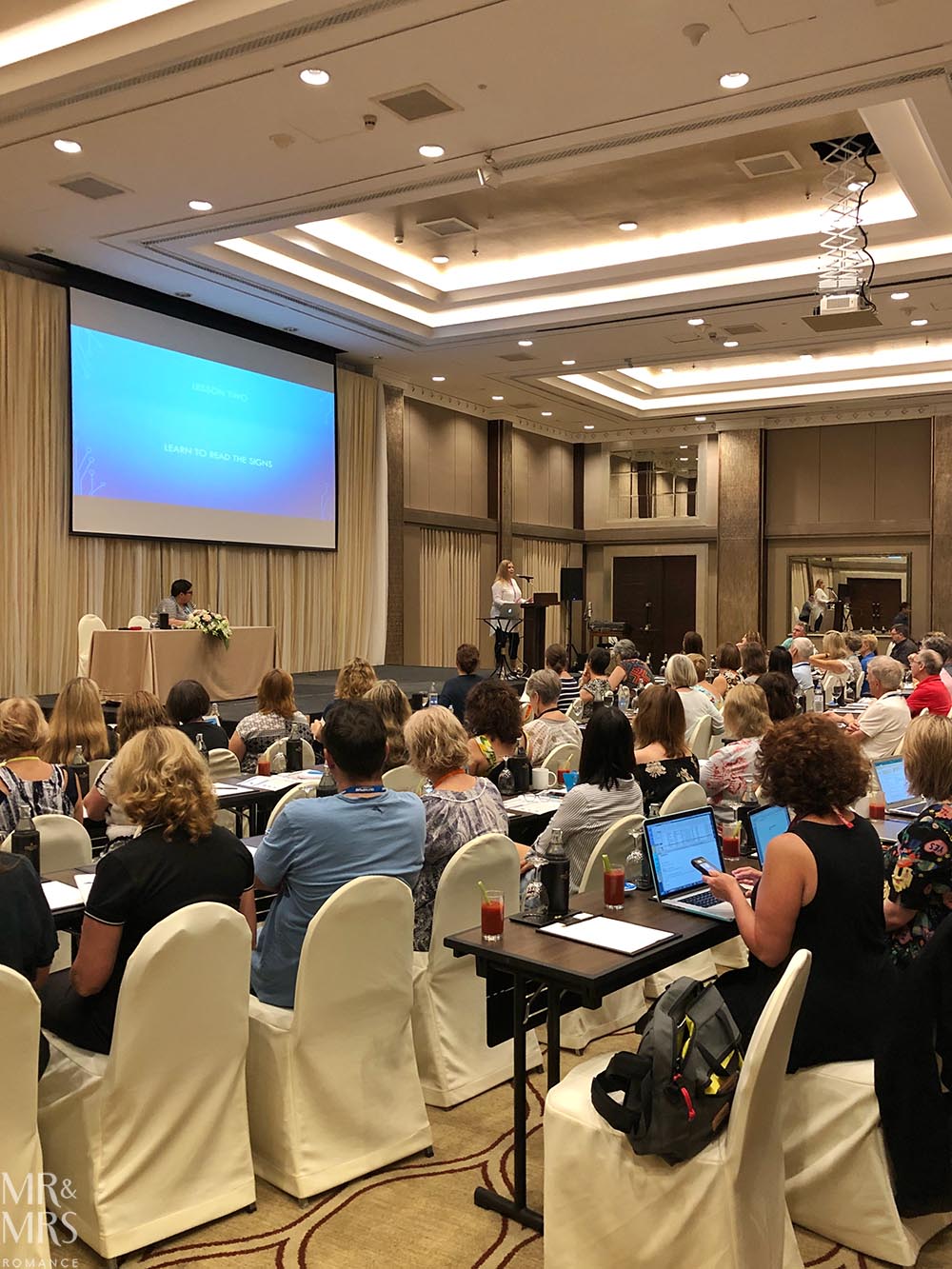 We’re finally here! We’re in Bangkok at the Anantara Riverside for the ASTW Convention and it’s fascinating. This is our first convention, as Christina and I were accepted into the society early this year. Being able to rub shoulders and clink glasses with the other members of this society is such a privilege.

We’re learning so much in the few days that everyone’s together – we also have a talk to deliver on social media. It’ll be the first time Christina and I will have ‘performed’ together on stage, so it should be interesting. 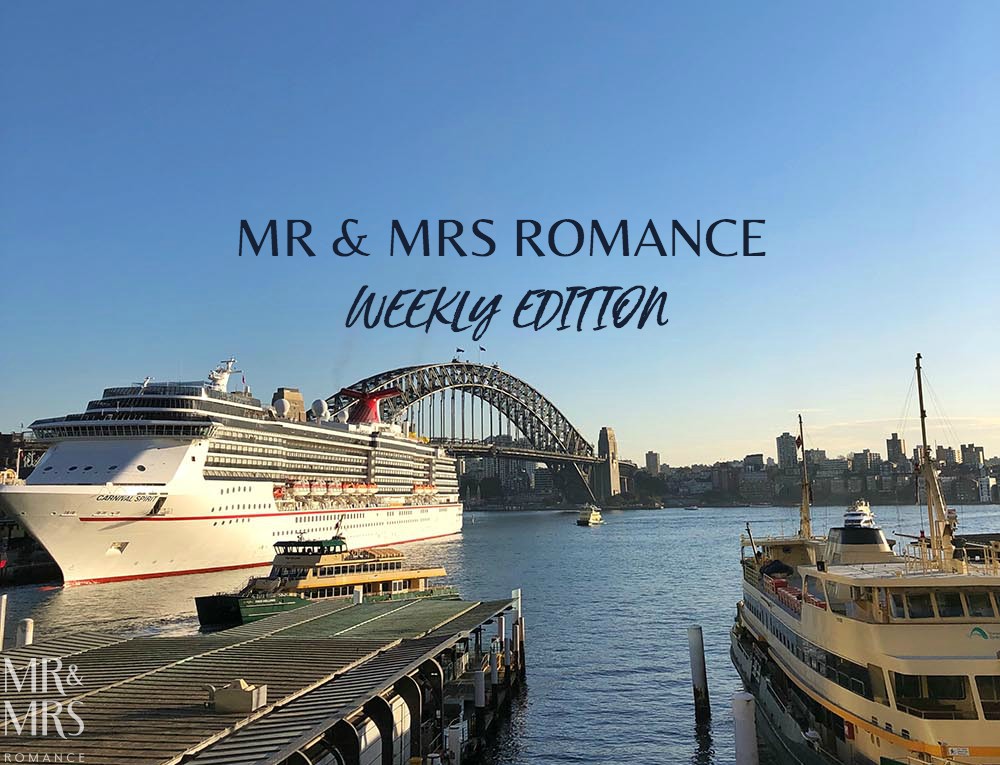 After the convention, we’ll be going on a 3-day media trip to Chiang Mai in Thailand’s north. We can’t wait to go there – especially as it’ll be our first time to this part of the country.

Wish us luck with our presentation and we’ll talk again soon. And I’m sure we’ll have some incredible stories to share with you about Chiang Mai too.

How many beaches are there in Sydney? Any guesses? There are around 70 surf beaches between Palm Beach and Cronulla Beach, and dozens of…