Ghostly silent on the San Francisco Bay, Alcatraz Island peers out of the mist. Stories and legends of this island and its jail make this one of the most visited national parks in the USA – and for good reason. Here’s how to get to Alcatraz and our guide to the world’s most famous prison. 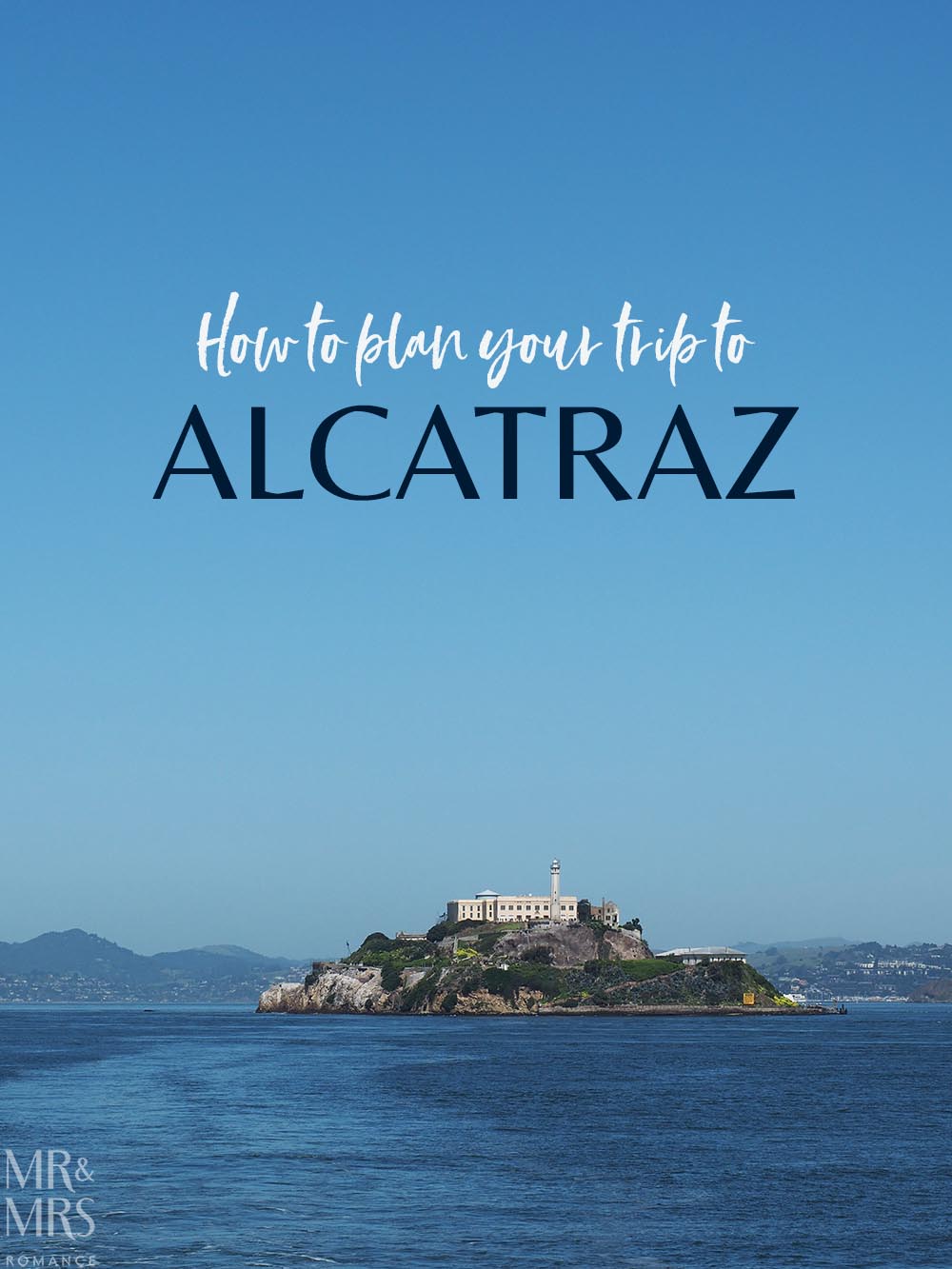 Alcatraz. Just the name sends shivers down the spine. It conjures images of hopeless convicts trapped on the desolate Rock. Still trapped within the crumbling walls of this infamous prison are harrowing tales of terrible lives and terrible deeds.

An even though Alcatraz was only a federal prison for less than 30 years, its last inmate leaving in 1963, it’s still undoubtedly the world’s most famous prison where household name villains called home.

Al Capone, Machine Gun Kelly, Robert Stroud (aka the Birdman of Alcatraz) were all residents here. But they are a small part of this island’s story.

Check out our video walkthrough of Alcatraz Prison here

Click here if you can’t see the video above. 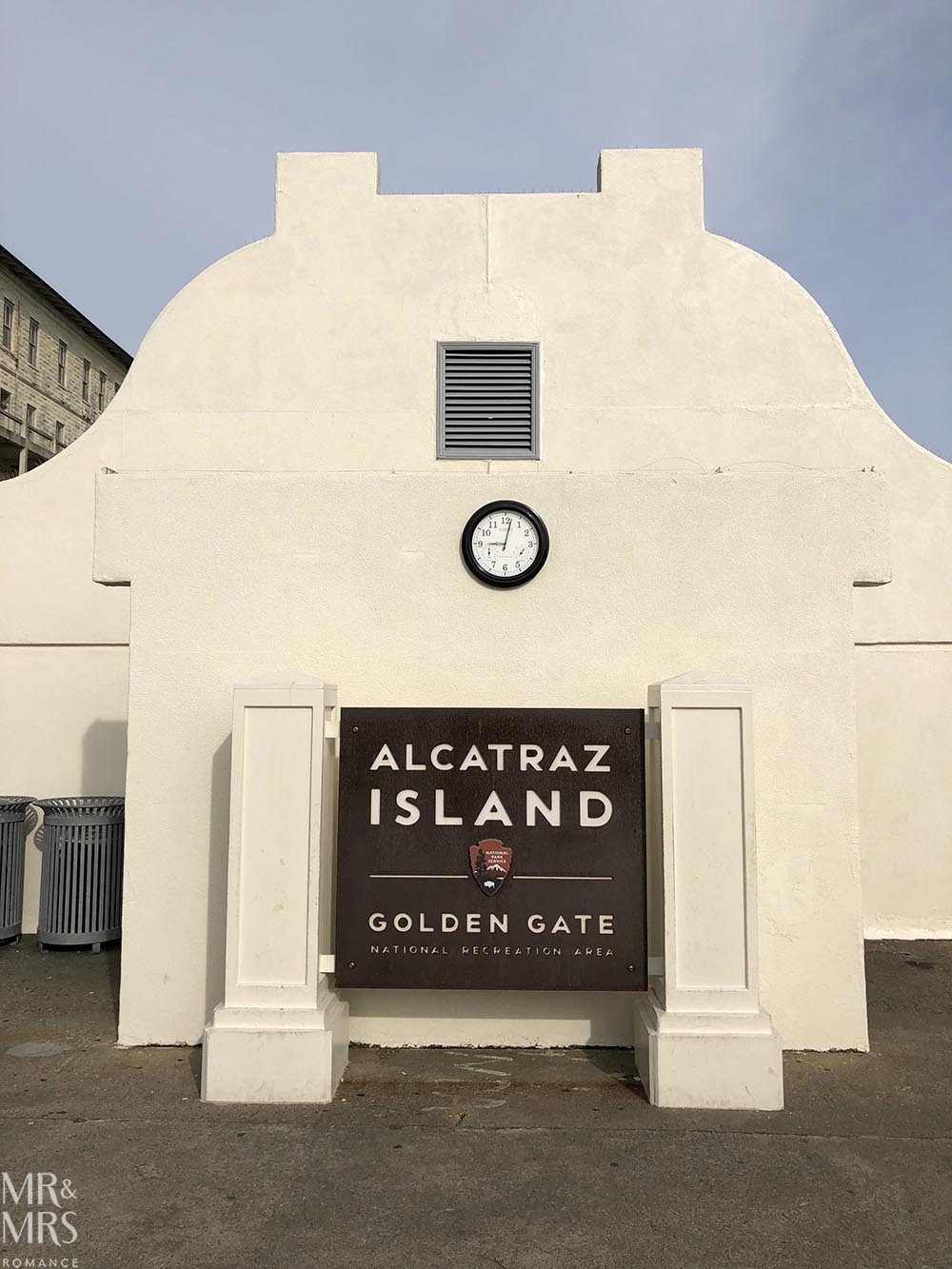 This island has been a US Army Civil War stronghold, a military prison and a home for Indigenous American activists. Now it’s part of the National Parks Service and a major drawcard for tourists attracting over 1.5m people annually.

So how do you get there? 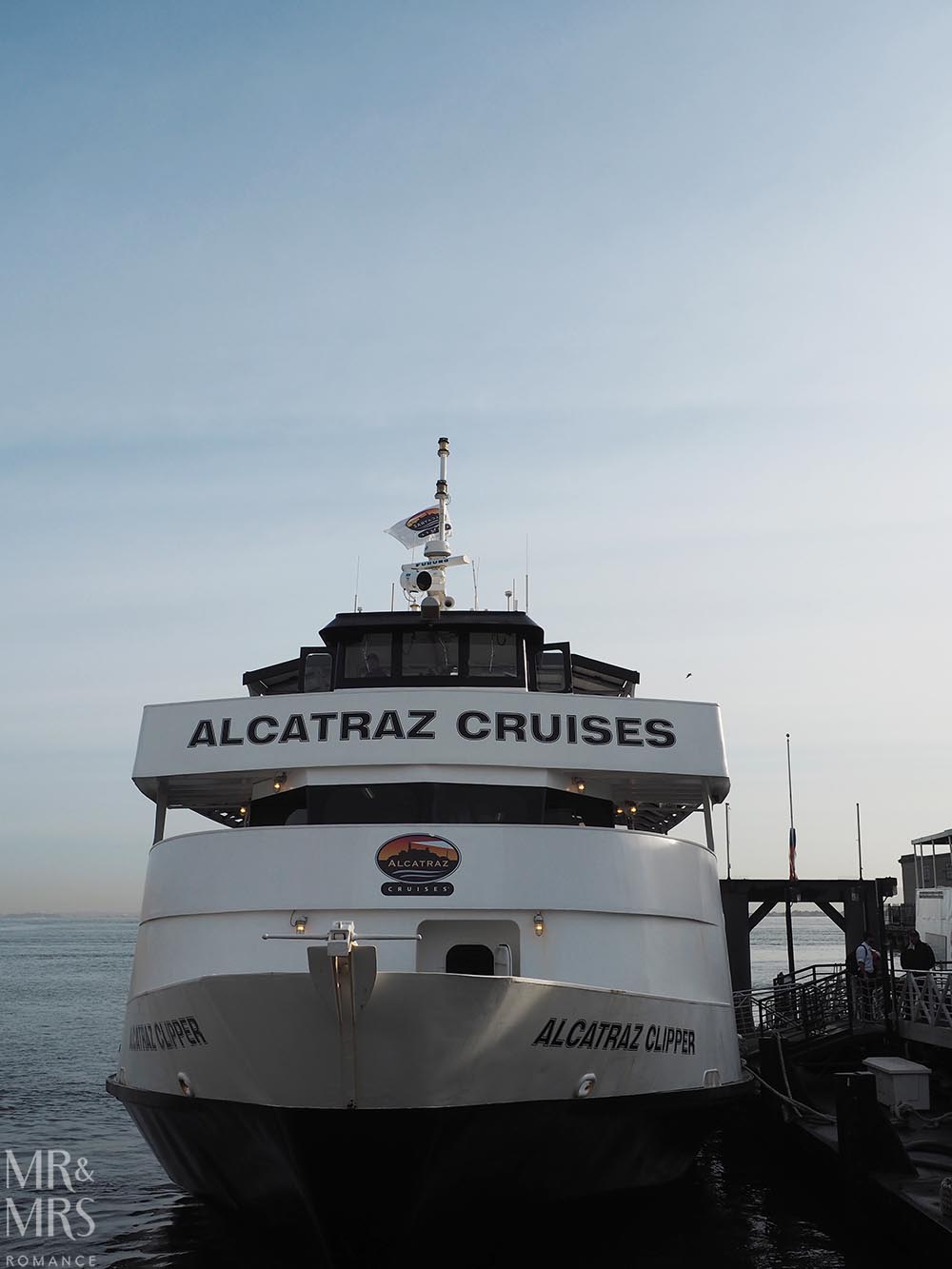 With so many people coming here every year, booking your trip to Alcatraz as far in advance as you possibly can. In peak times, it’s booked out weeks before. 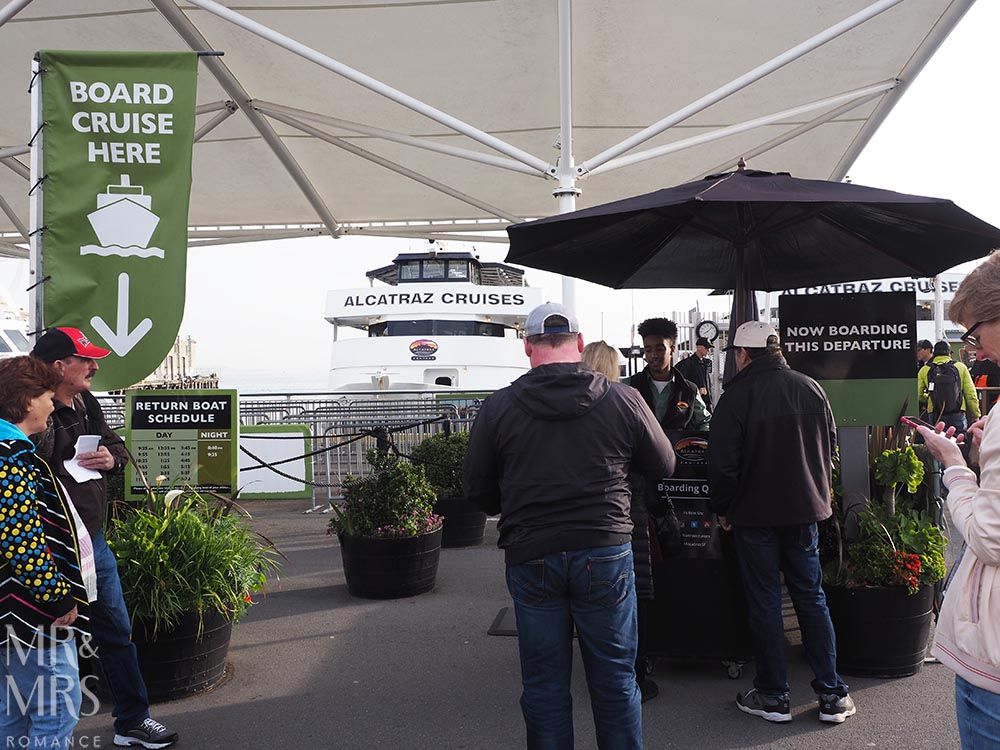 The only way to Alcatraz is by boat. And there’s only one charter company that lands on the island and allows disembarkation.

Alcatraz Cruises is the only tour company allowed to drop passengers off on the island – all other operators only offer cruises around the island – with commentary of course.

Boats during the later times of day get quite full, and queues to board are always long.

The ride takes about 25 minutes and you get some amazing views of the bay and its bridges. Keep your camera handy for some beautiful shots of the city from the boat too.

Catch the ferry from Pier 33 at Alcatraz Landing. 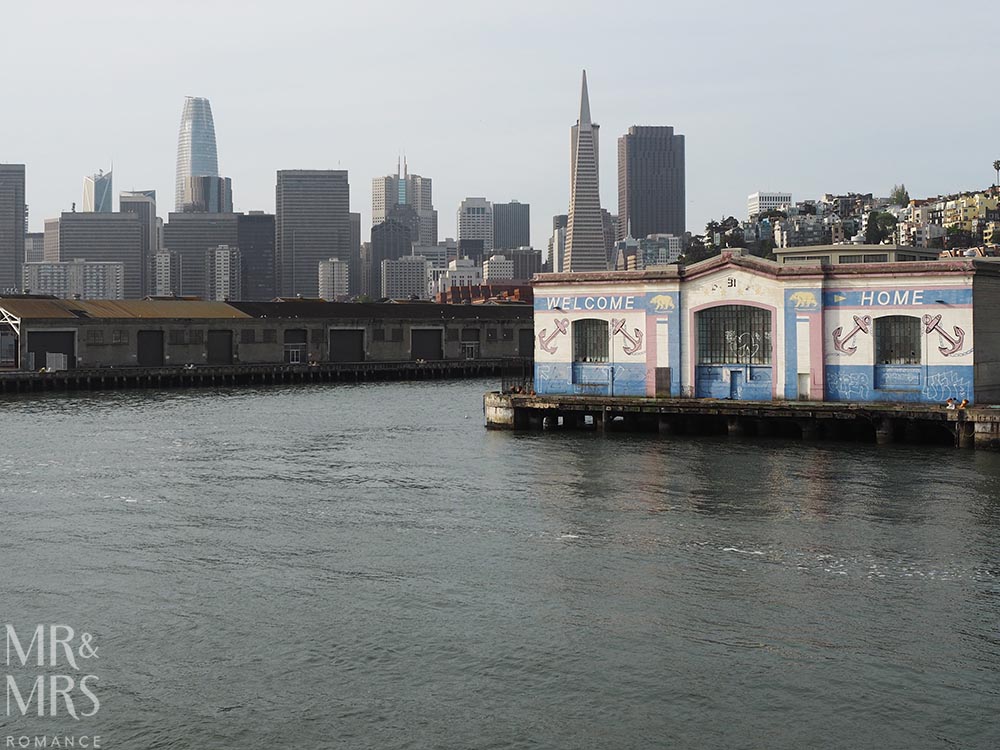 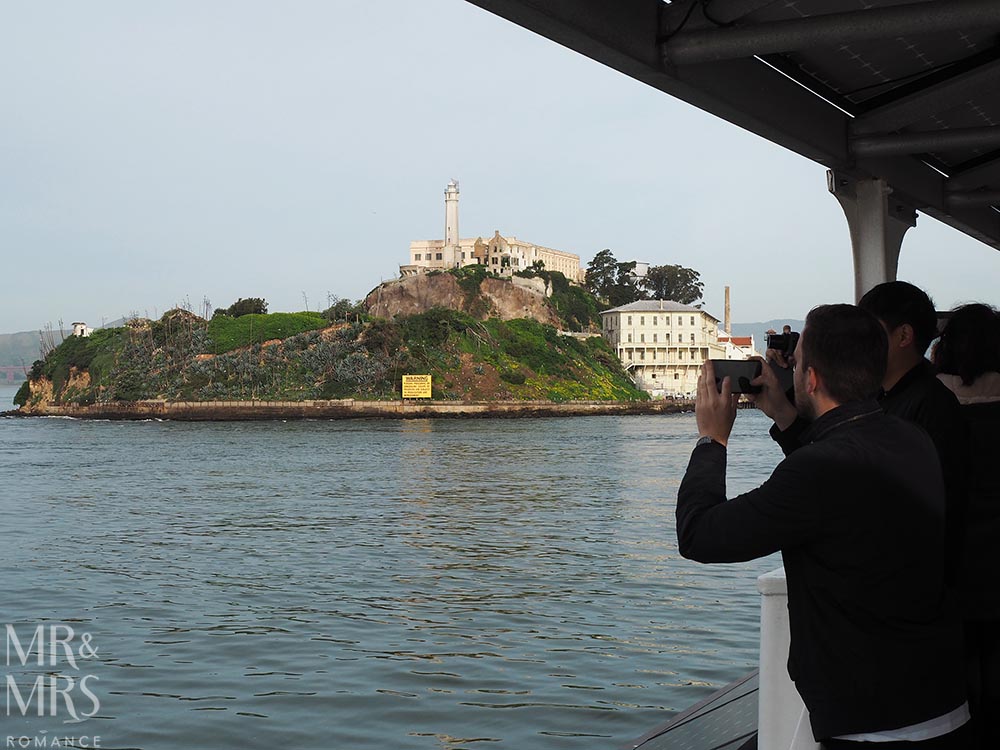 Top tip: Book the very first boat of the day (the Early Bird Tour) to be the first on the island and have a much less crowded experience. It’s not really that early a start (the boat departs at 8.45) but it makes all the difference.

Another top tip is to get to the ferry wharf at least 45 minutes early so you can go into the Ferry Building up the road and grab what’s considered SF’s best coffee from Blue Bottle Café.

What to do on Alcatraz 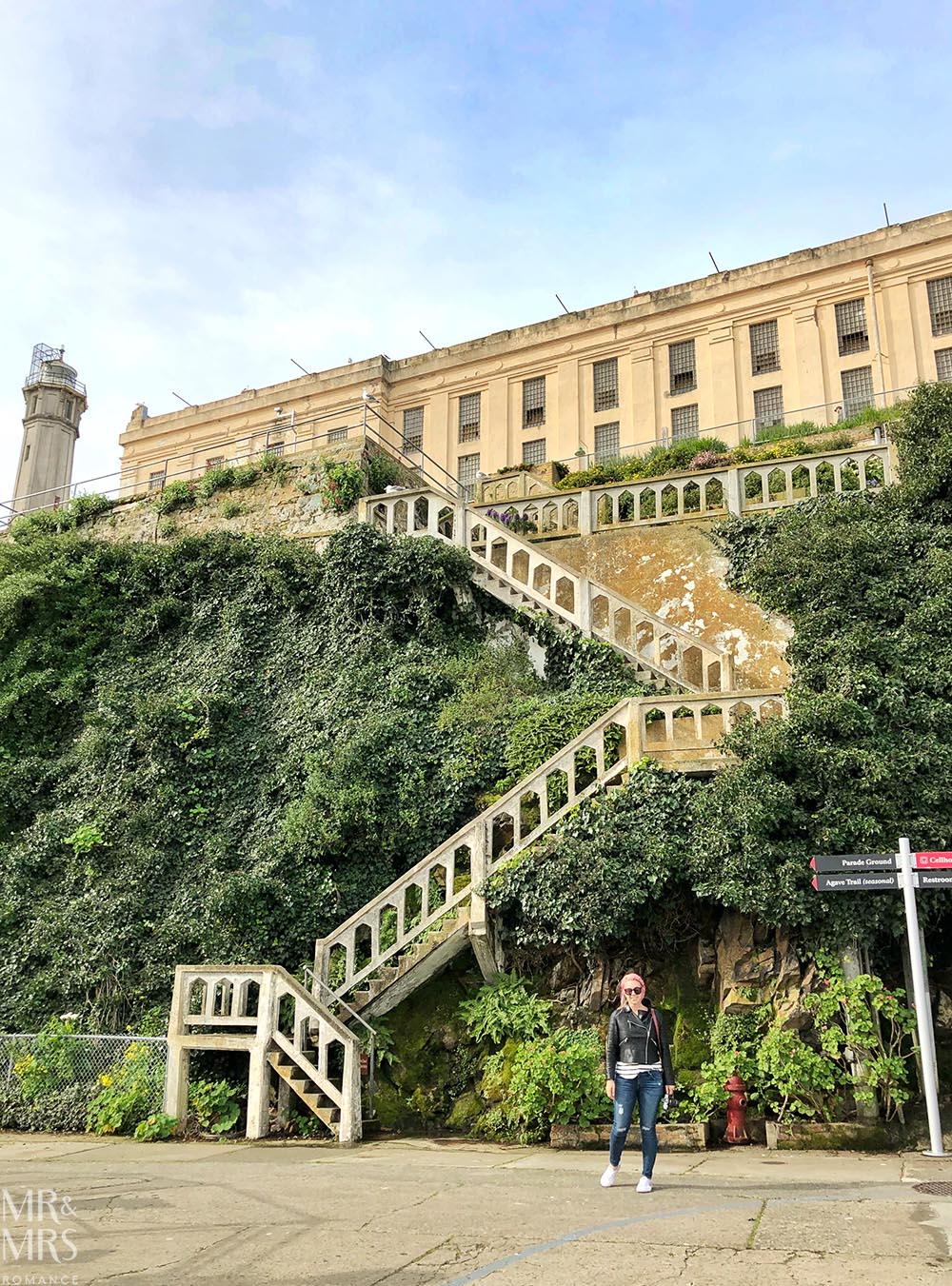 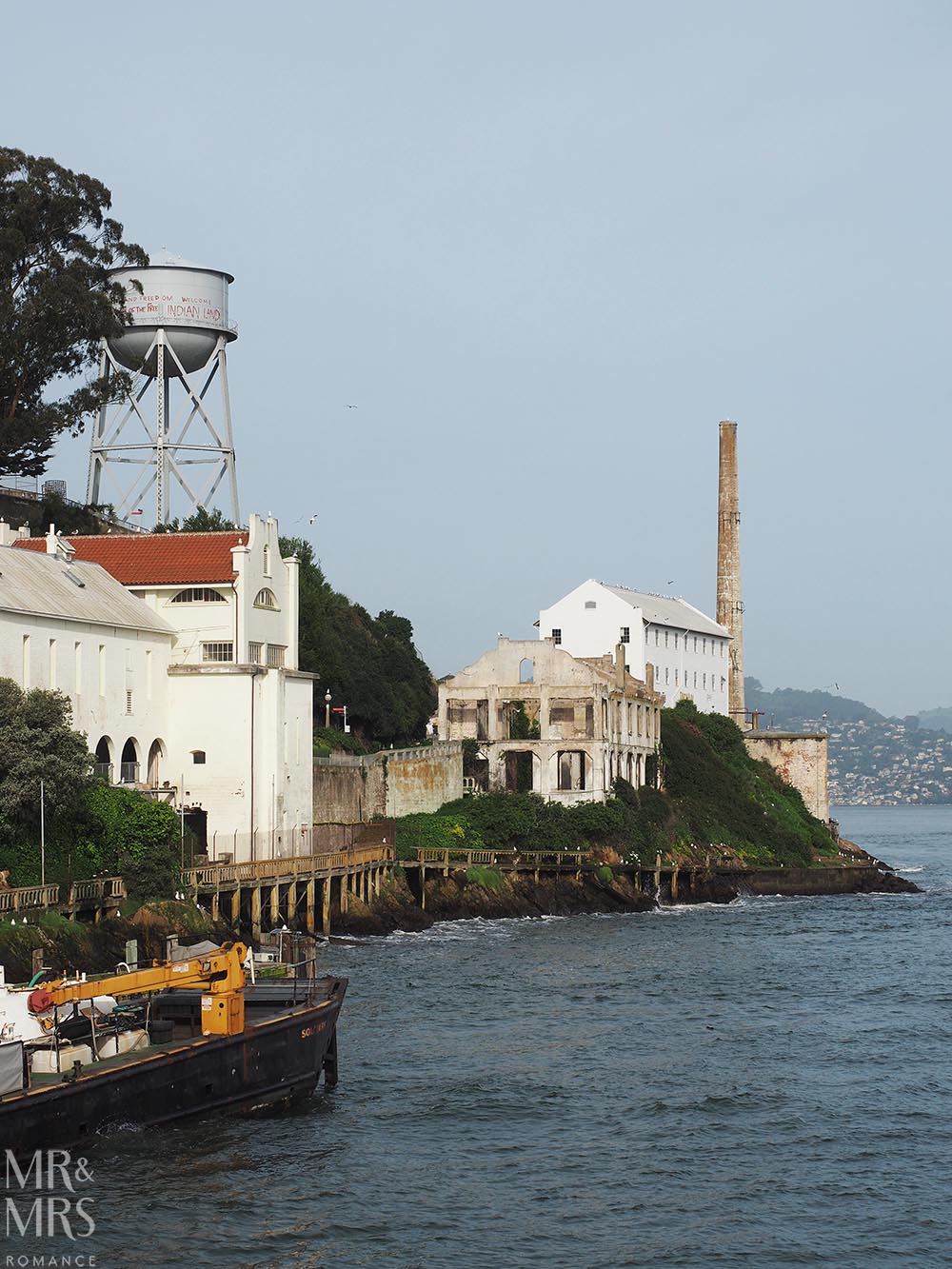 There’s plenty to do on Alcatraz Island. Of course the main event is the prison and audio tour, but there’s so much history here.

The name Alcatraz comes from its original name La Isla de Los Acatraces – ‘Island of the Gannets’ – which Spanish explorer Lt Juan Manuel de Ayala gave it in 1775 when he sailed into San Francisco Bay.

The island was fortified as a defence during the 1860s American Civil War and was turned into a military prison in 1907.

After Alcatraz Prison – in its federal incarnation – closed in the early ‘60s, a group of Native Americans moved to the island claiming it as their ancestral home. They moved off again 18 months later. Evidence of their protests can still be seen on the island now.

As you explore more of the island, which is good to do after the audio tour, you can find the ruins of the guards’ quarters and the warden’s house. And don’t forget to check out the nesting colonies of cormorants, egrets and night herons – just remember to bring a peg for your nose! 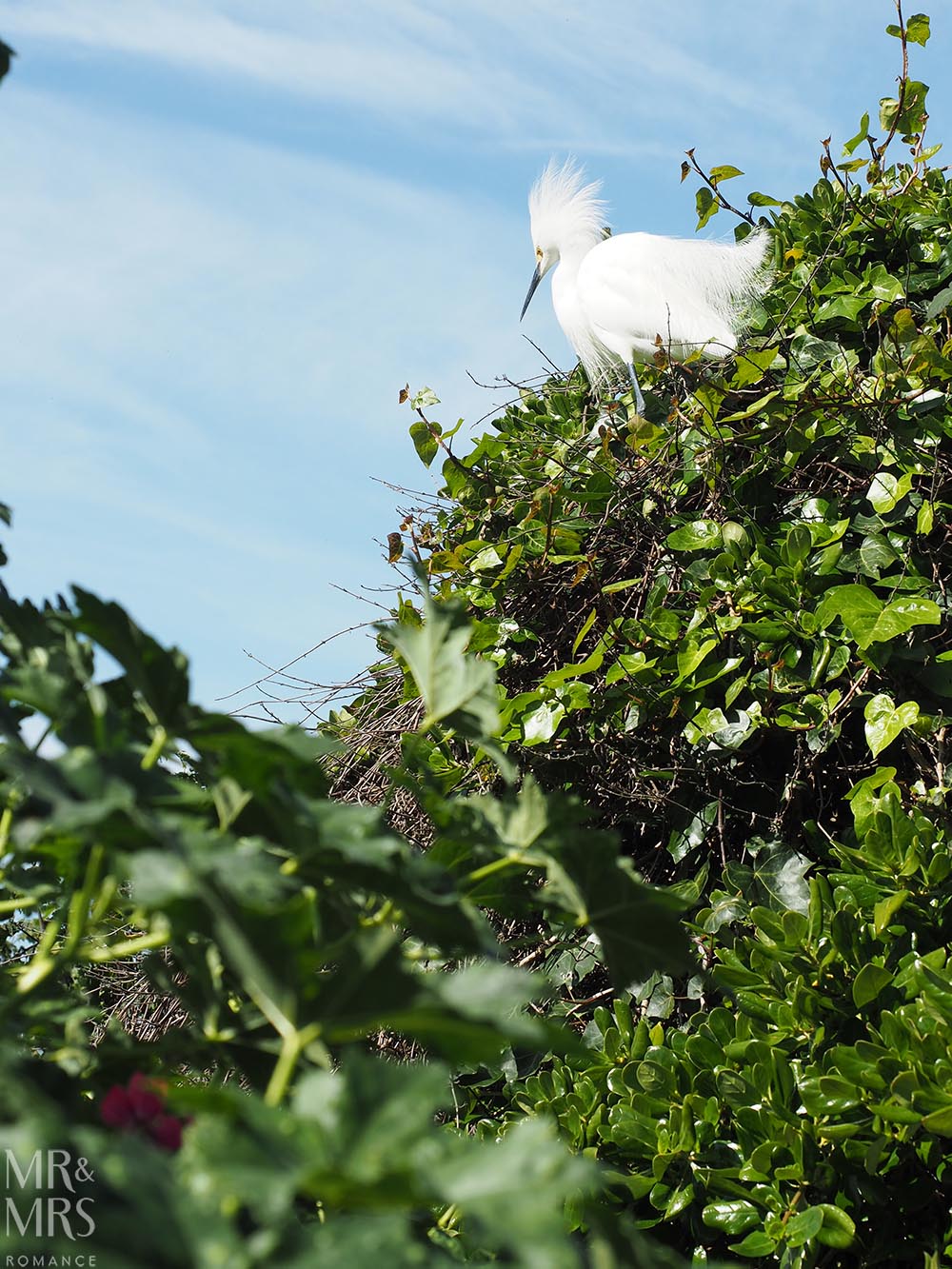 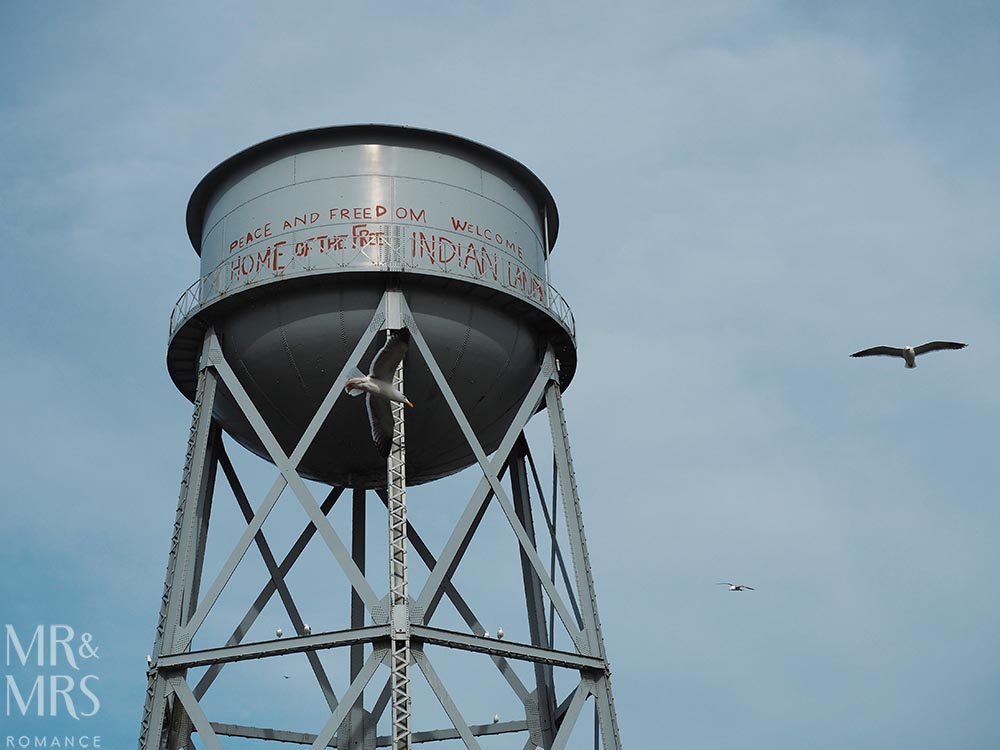 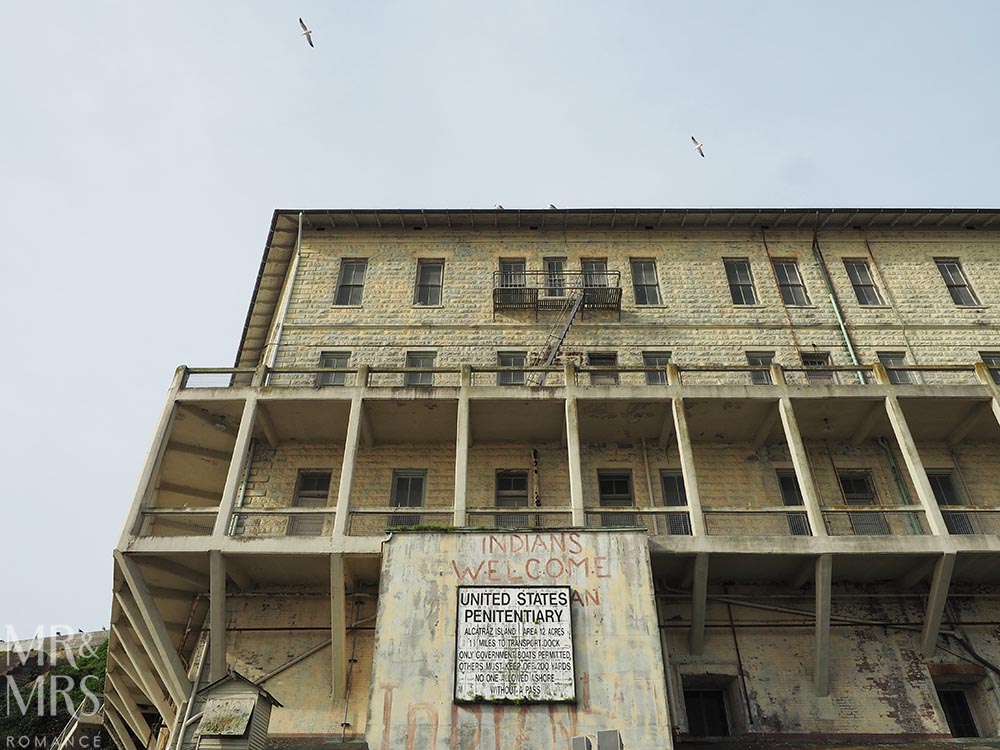 Top tip: Listen carefully to the guy that welcomes you. Head to the museum near the wharf and check out the 15-minutes video on the island. It’s an interesting orientation into Alcatraz Island’s modern history, which goes back to before its discovery by westerners in 1775. It also gives everyone who rushes off to the prison proper a chance to get ahead of you and out of your way! 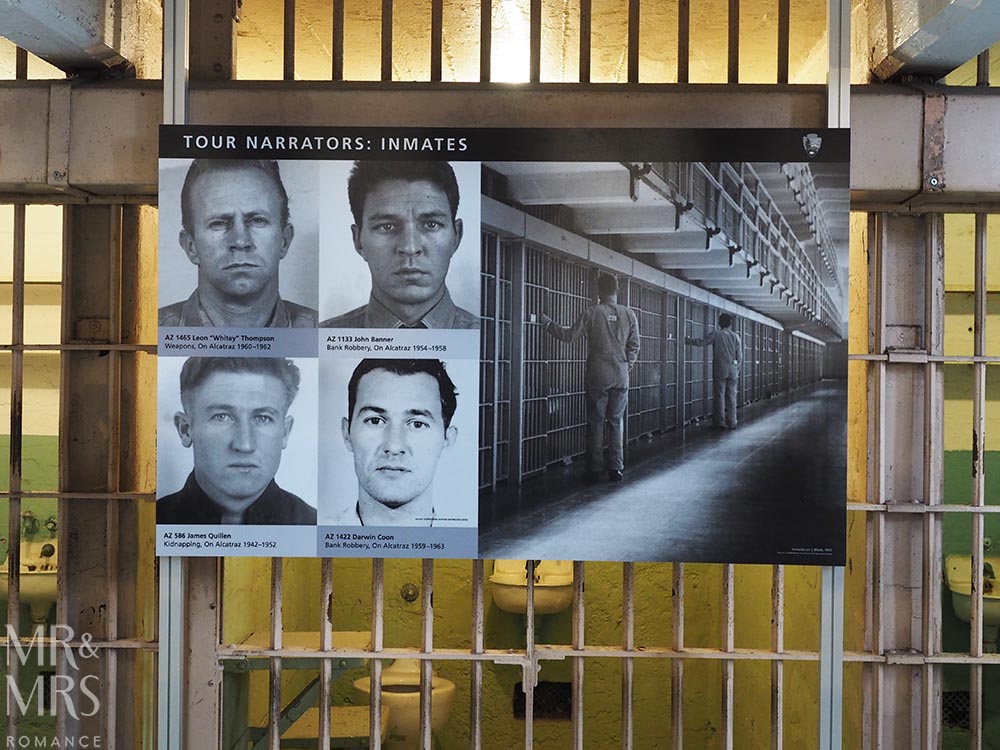 The audio tour, which is included in the price of your ticket, is brilliant. As you enter the main cellblock, staff hand out iPod style headsets and explain how to work them.

The recording leads you through the prison telling you stories of the days when the world’s most notorious gangsters, murderers and escape-happy villains lived here.

The audio is narrated by actual ex-cons of Alcatraz, which adds a beautiful layer of realism to the experience.

You hear about prison life and the tough conditions of this cold, isolated pinnacle of rock. You learn about the guards and the warden, the inmates and their cells, escape attempts, The Hole and murders in the canteen.

It really brings to life these cold, damp walls, austere bars and the gloom of years spent here in confinement. And it certainly makes you glad you were never here as a prisoner. 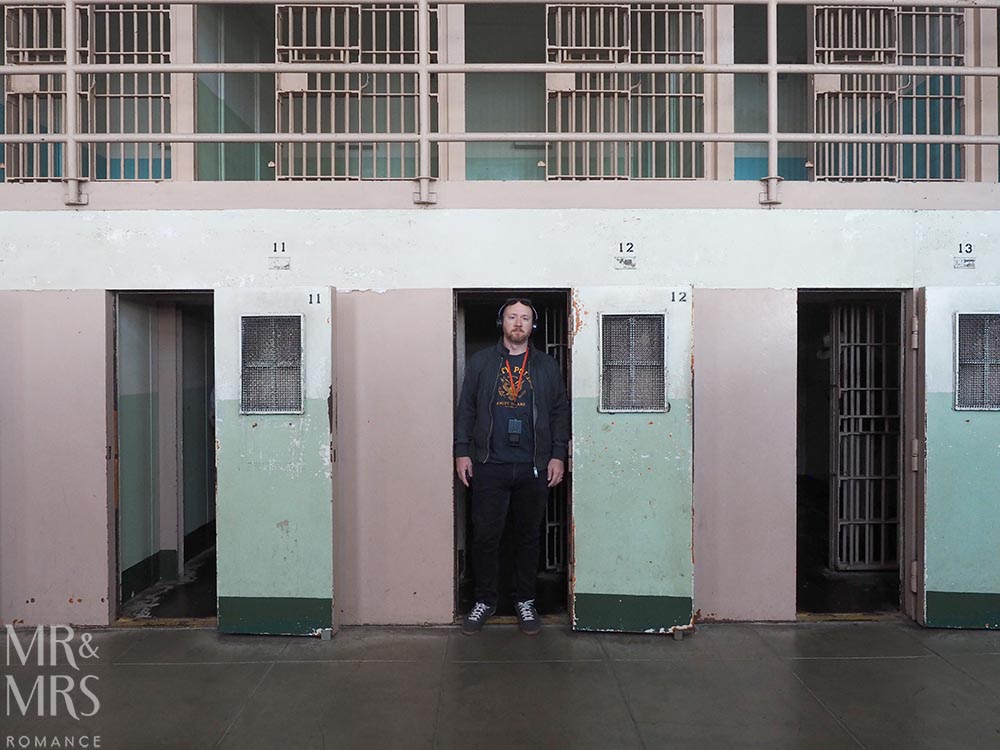 Top tip: Don’t be afraid of the pause button. If you find yourself in the midst of a big group and you’re feeling rushed or hemmed in, pause the audio, find a seat or step outside and wait for the next gap in the crowd. There always is one.

Things to be aware of

There are a few things you should know about before you come to Alcatraz. There are almost as many rules now it’s a national park as when it was a prison! 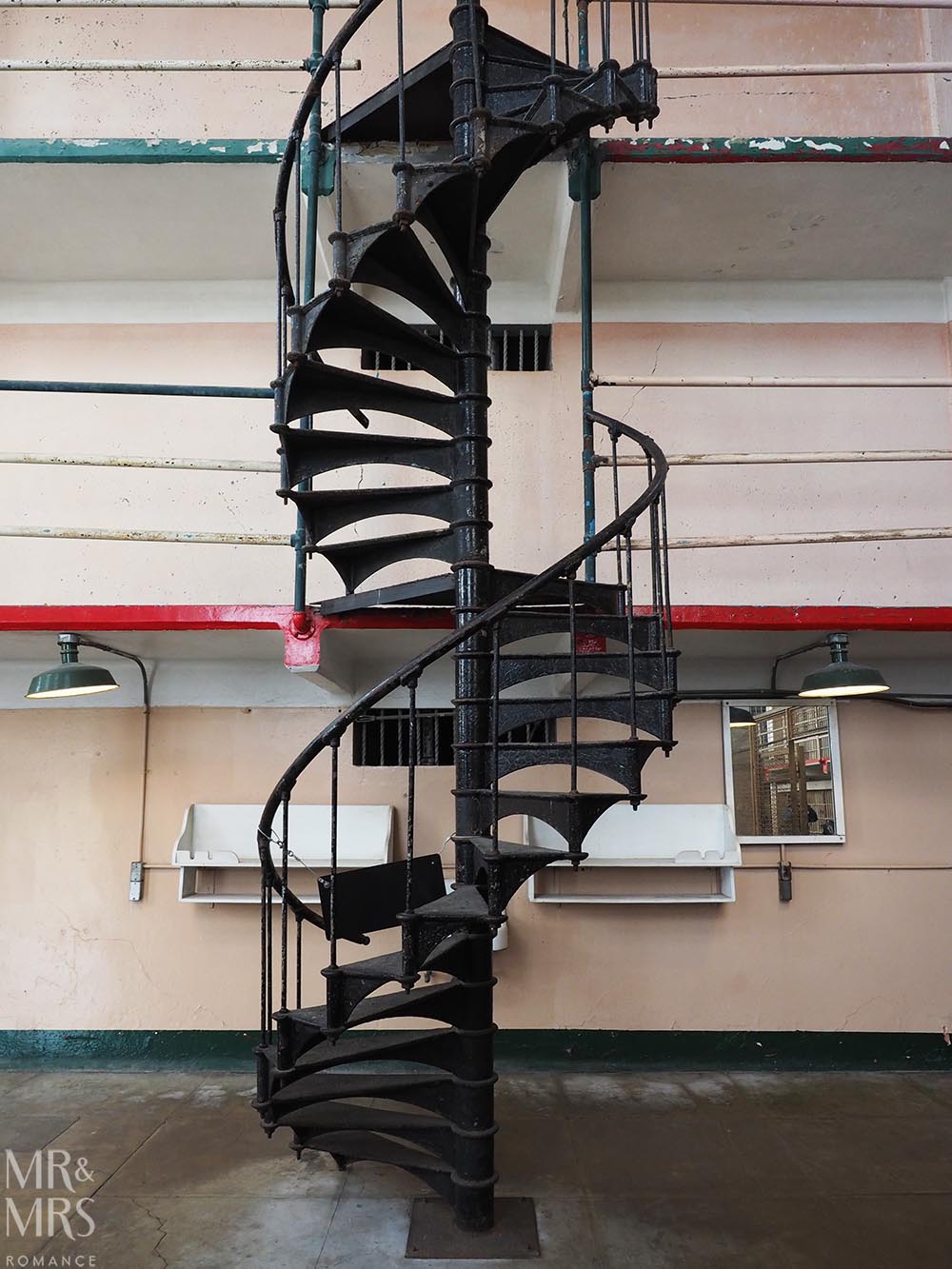 You can’t buy food on Alcatraz

There are no cafés or vending machines, and there are no real picnic spots either. You only really need about 3 hours for the regular tour, so a bottle of water should keep you going. 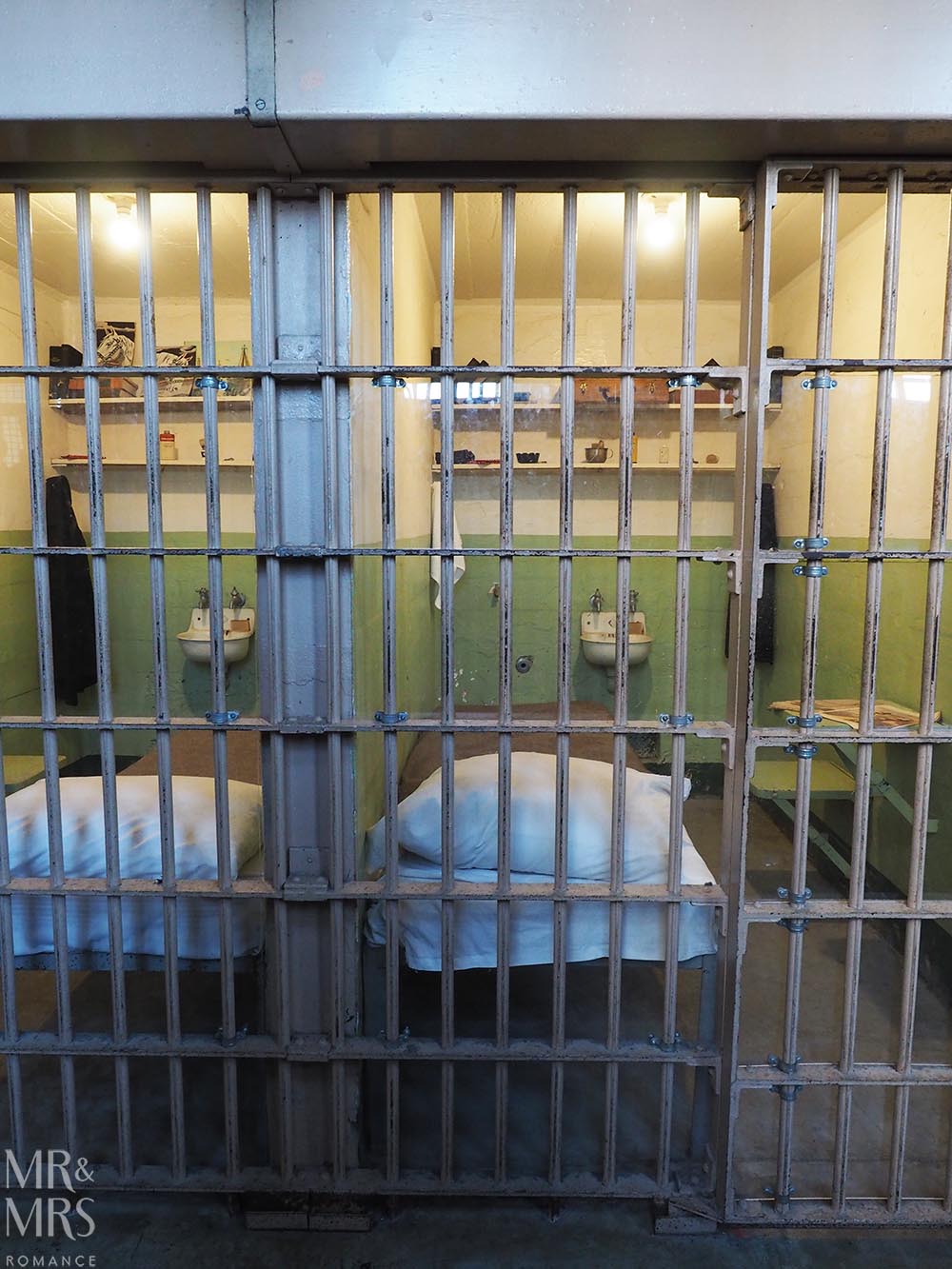 This is a no-smoking venue

The only place you’re allowed to smoke is in a small space near the wharf, so if you do need a puff, get your fix when you leave the ferry. 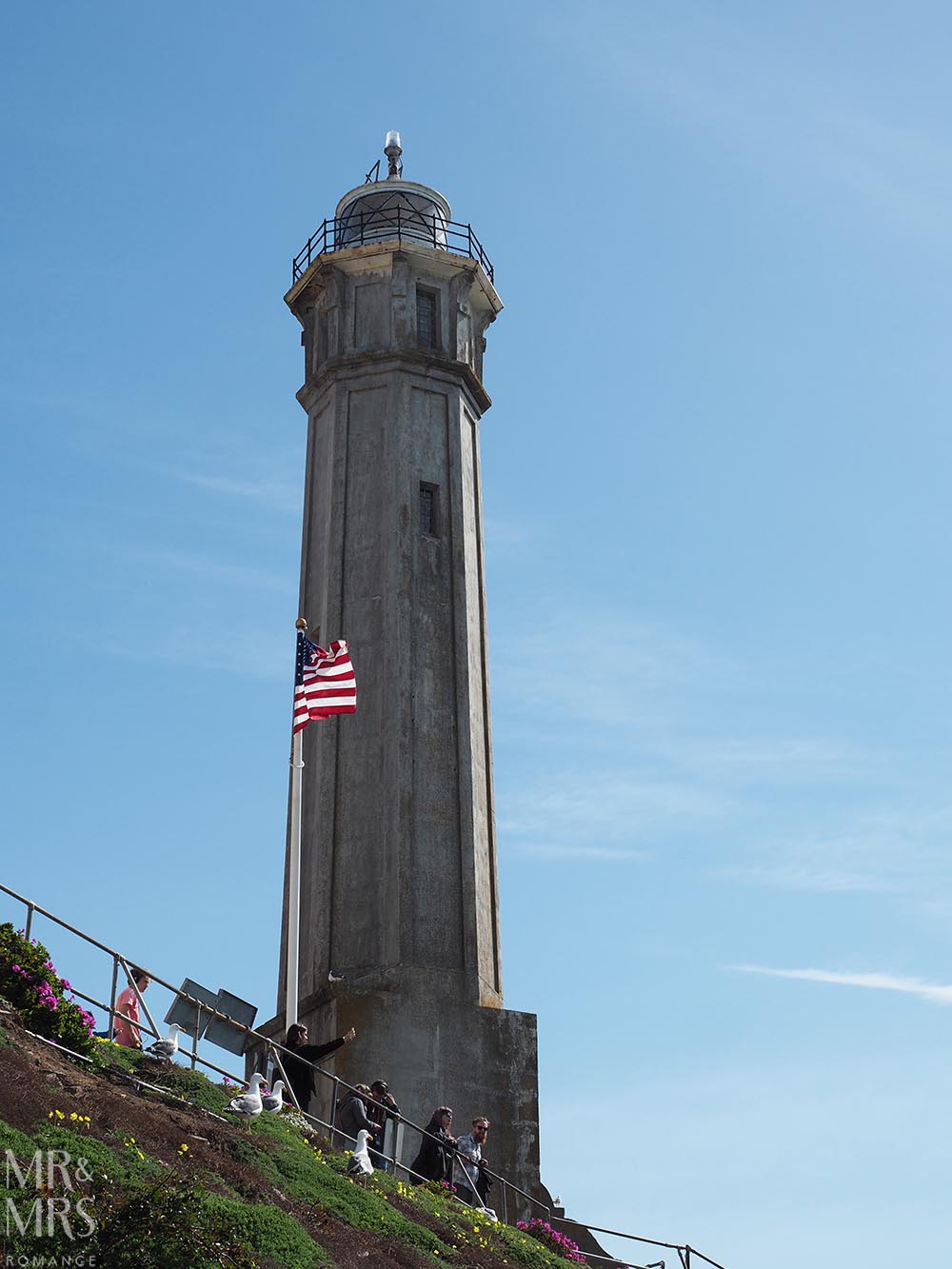 Take a jacket even if it’s sunny. The weather in San Francisco always changes – even more so when you’re near the water. We were incredibly lucky and had a surprisingly hot day. They recommend April-May and September-October for the best weather. 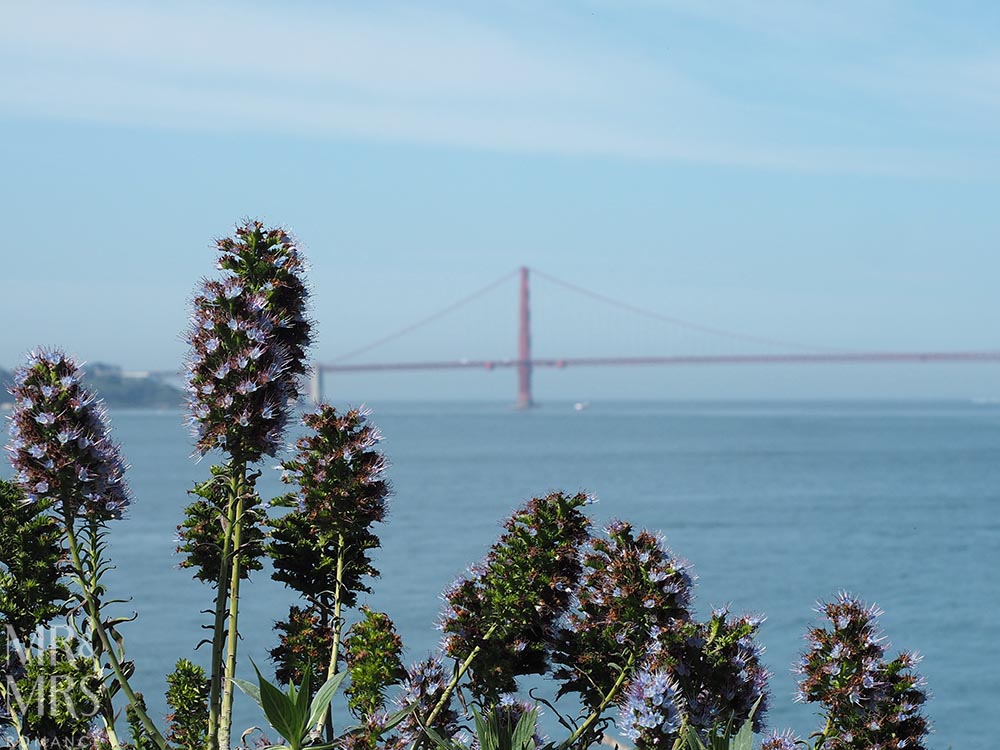 There are 2 shopping opportunities on Alcatraz (including a post box if you want to send a postcard from prison). Don’t ignore them; they’ve got some good stuff in there. Plus takings go towards keeping the park running and looking as good as it does. 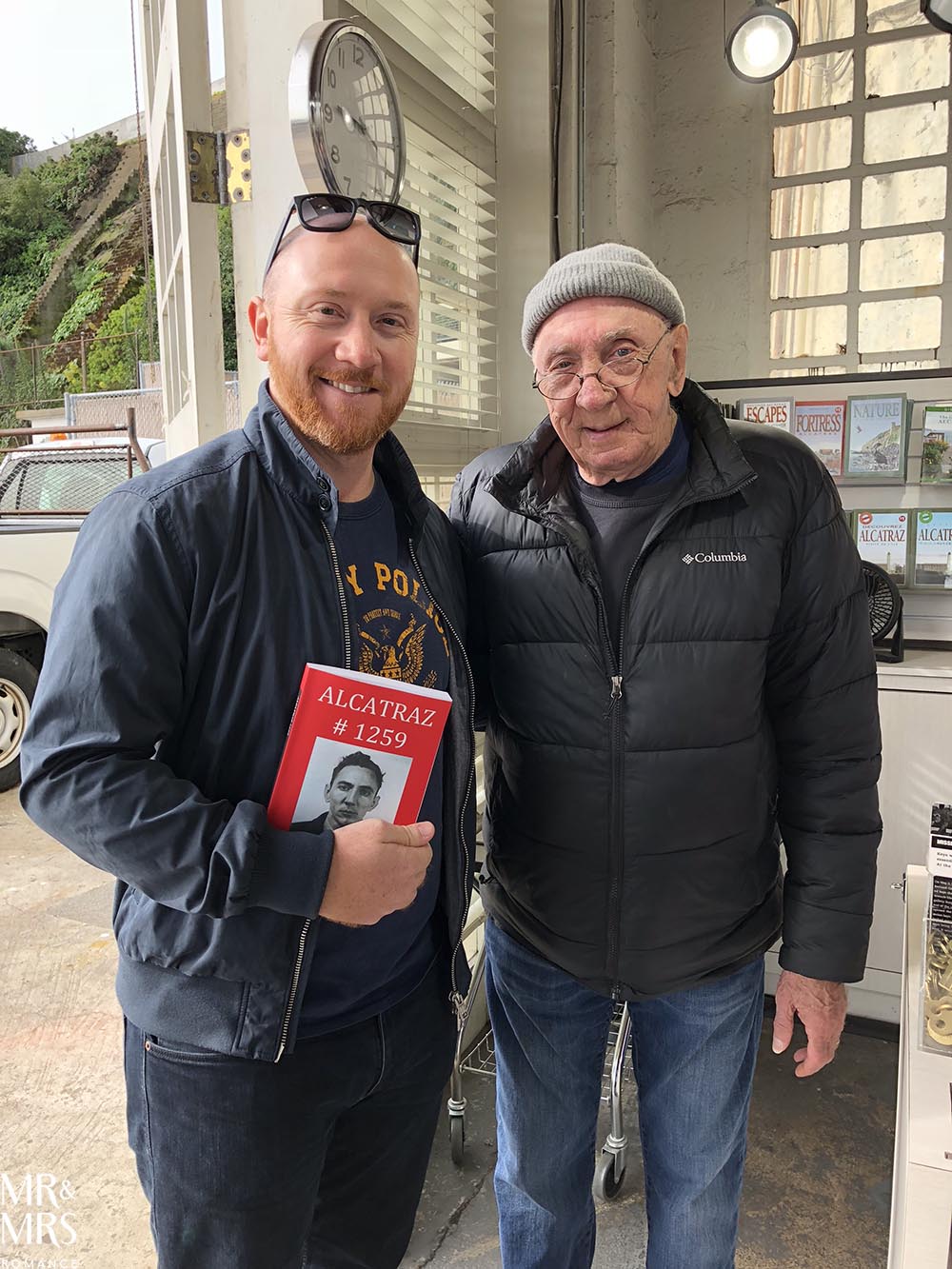 If you’re lucky, you’ll meet William ‘Bad Boy’ Baker. He was an inmate of Alcatraz for 4 years and now is occasionally seen back on The Rock selling his book Alcatraz #1259.

Even if you don’t see Bill (he was 86 when we met him), make sure you pick up a copy. It’s actually a good read and paints an interesting take on the most famous of prisons.

If you missed getting his book, pick up a copy of Alcatraz #1259 here from Booktopia!

I’ve wanted to visit Alcatraz for years. Christina went when she was a kid, so we were both looking forward to our trip. We weren’t disappointed in the least. It’s well worth the money and half a day spent of your holiday.

And when you get back to the mainland it’ll be about time for lunch, so make your way to the Boudin Bakery at Pier 39 and gobble down a cob clam chowder for the full San Francisco experience! 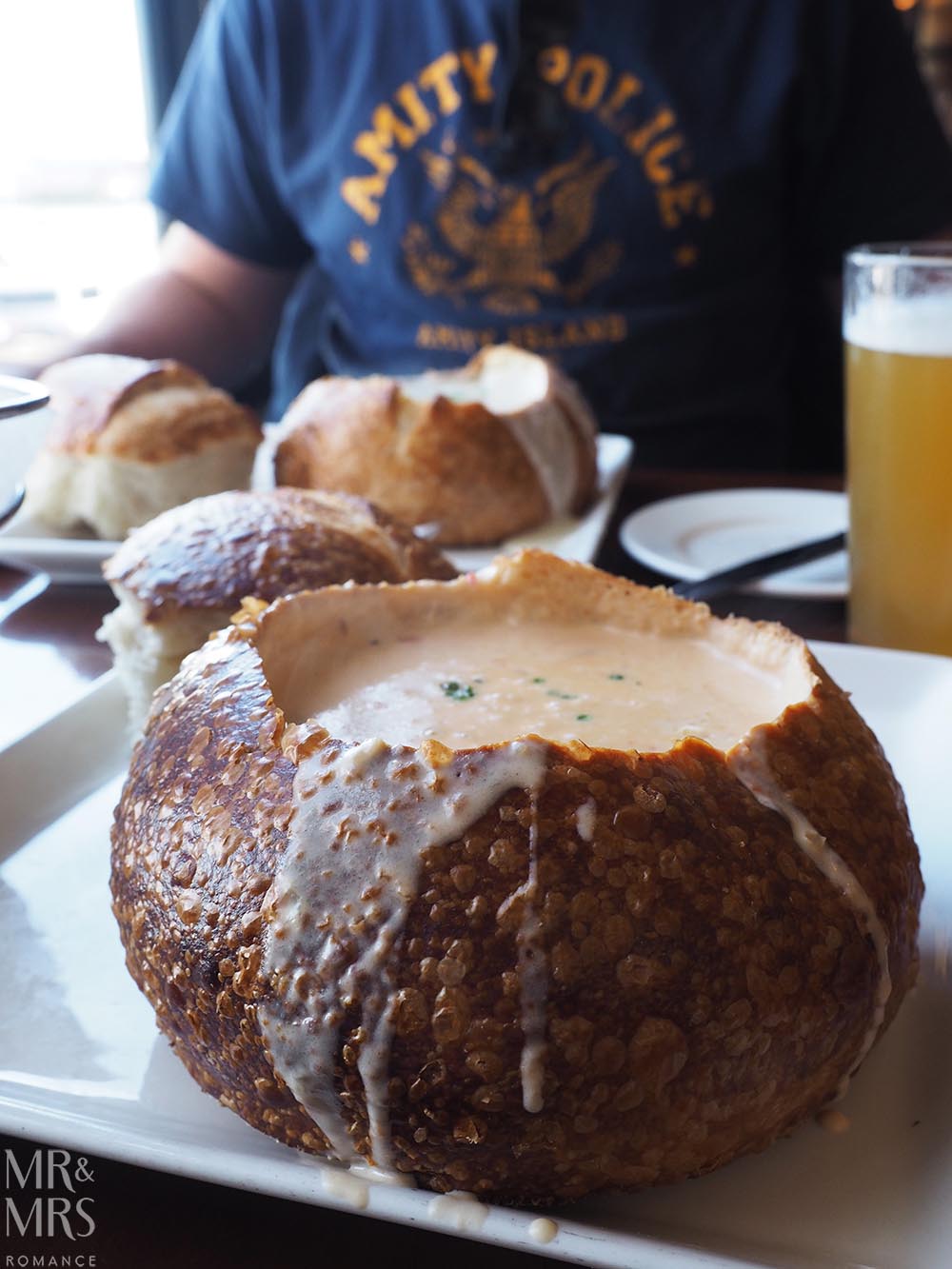 Check out our other stories, travel guides and local tips on San Francisco: 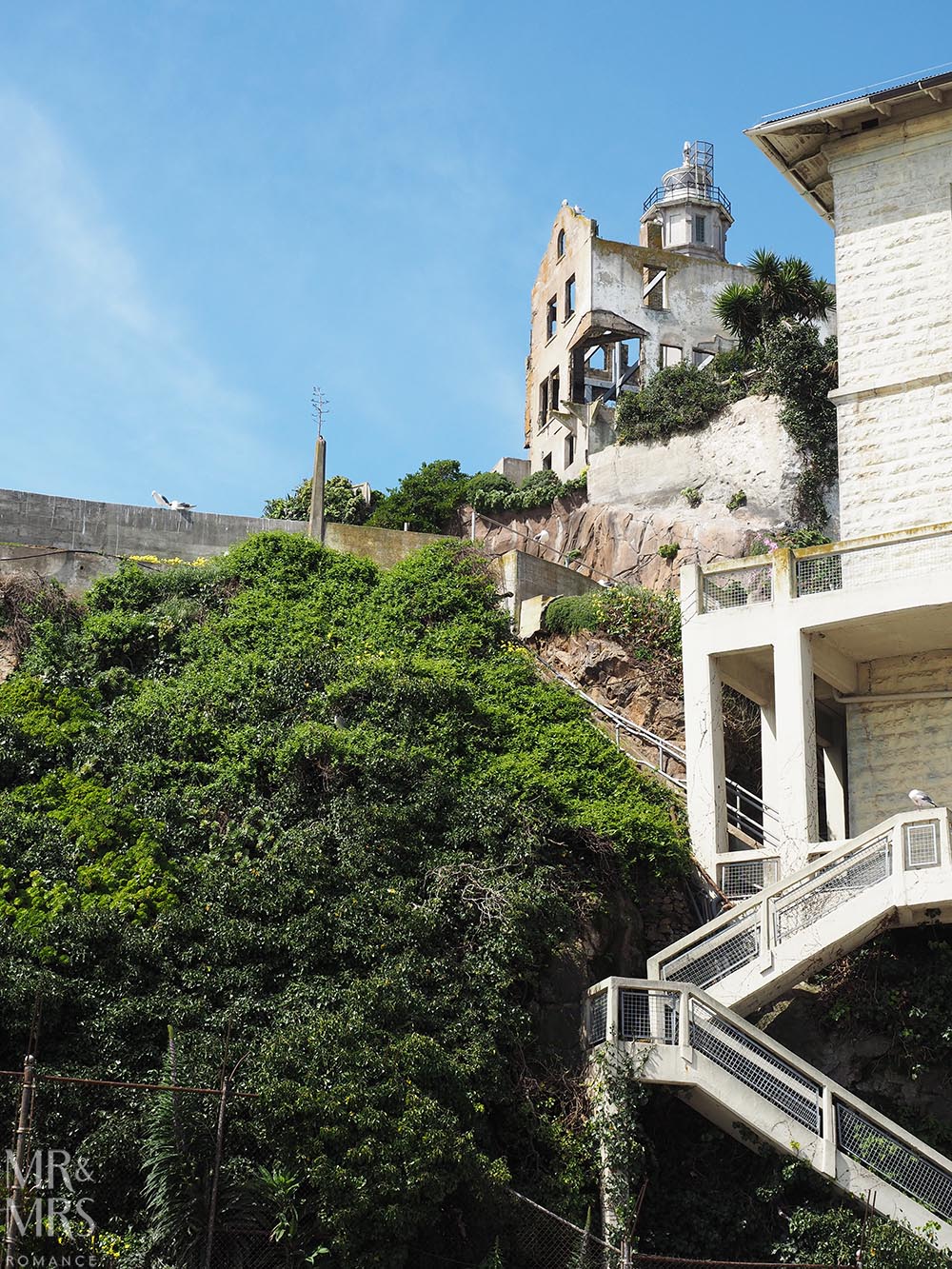 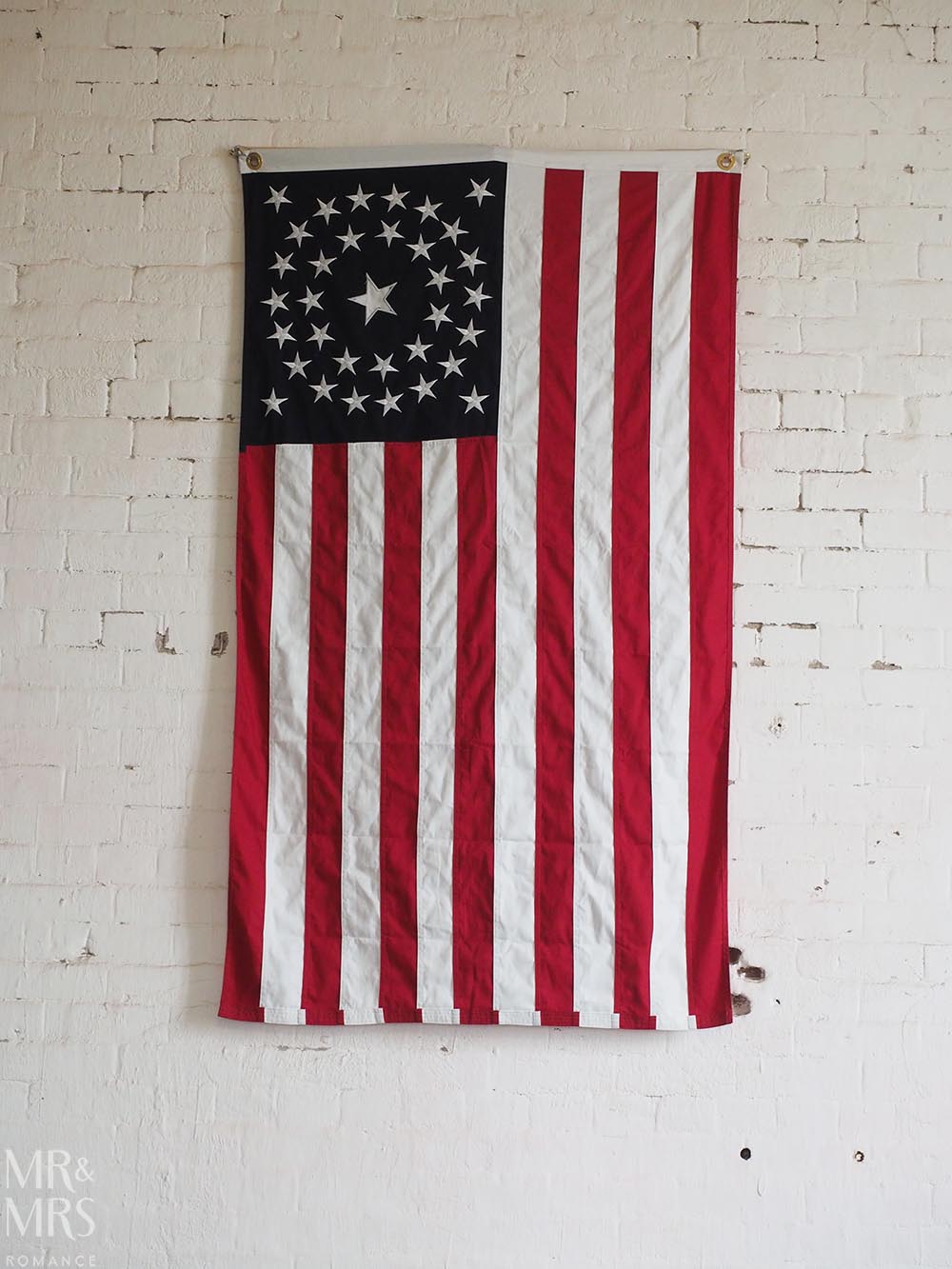 Have you been to Alcatraz? Do you have any tips for visiting? Have you ever visited a former prison elsewhere in the world? Tell us about it in the comments!

Where to eat in Mudgee, NSW – The Zin House Long Lunch

Mudgee’s food scene is truly fit for a king. The wealth of amazing restaurants, microbreweries, vineyards and cafés makes this little town the ultimate…