Chiang Mai, Thailand is a wealth of history, scenery, culture and incredible food. Clean, safe, modern and less humid than Bangkok, this northern city is the new epicentre for travel to Thailand. 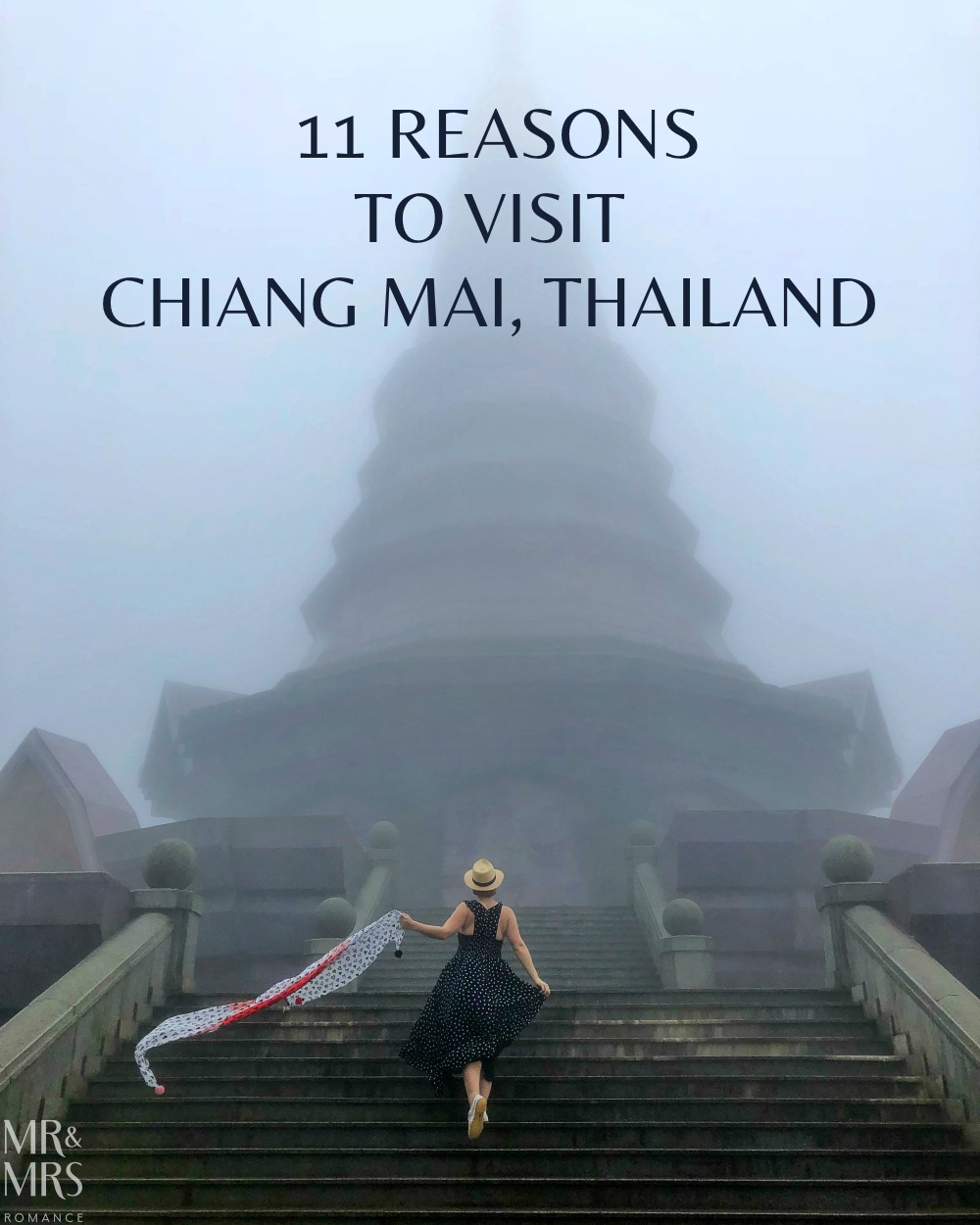 Both geographically and comparatively far away from the filth, chaos and claustrophobia of Thailand’s capital, Chiang Mai is almost too good to be true.

Don’t get me wrong, we love Bangkok and have been there many times. And we’ve enjoyed it more each time we’ve been there.

But it does wear you down.

Chiang Mai is twice the size in area of Bangkok, but has a quarter of the population. The much lower density living gives this northern city a much more relaxed pace. It also makes it cheaper to live here than in the capital.

Here’s our quick video of the highlights of Chiang Mai:

Apart from anything else though, this is a lovely city to visit in its own right. There’s so much history and culture to find here. Not to mention the incredible food scene.

Plus you’re at the brink of the foothills of the great Himalayan Mountain Range, which brings some of the most spectacular views in the whole country to your doorstep.

From our very first visit to this exquisite city, here are 11 reasons to visit Chiang Mai:

If Chiang Mai is famous for anything, it’s the city’s temples. There are so many here and each one has a special significance in the culture.

Obviously some are more important or more photogenic than others, so picking the ones you want to see will ensure you don’t get ‘templed out’. Three we’d recommend are:

Within the walls of the Old City, this is the oldest existing temple in Chiang Mai, built in 1296. The age-stained white stone base and gleaming golden roof of the pagoda are beautiful, as is the grand assembly hall on the grounds.

Just outside the walls, this temple from 1300s has a beautifully tier-roofed assembly hall with grand pillars and a giant gold Buddha inside. The hall’s entrance is flanked by ornately carved dragons and its reddish-brown pagoda is guarded by an impressive giant from Thai legend. 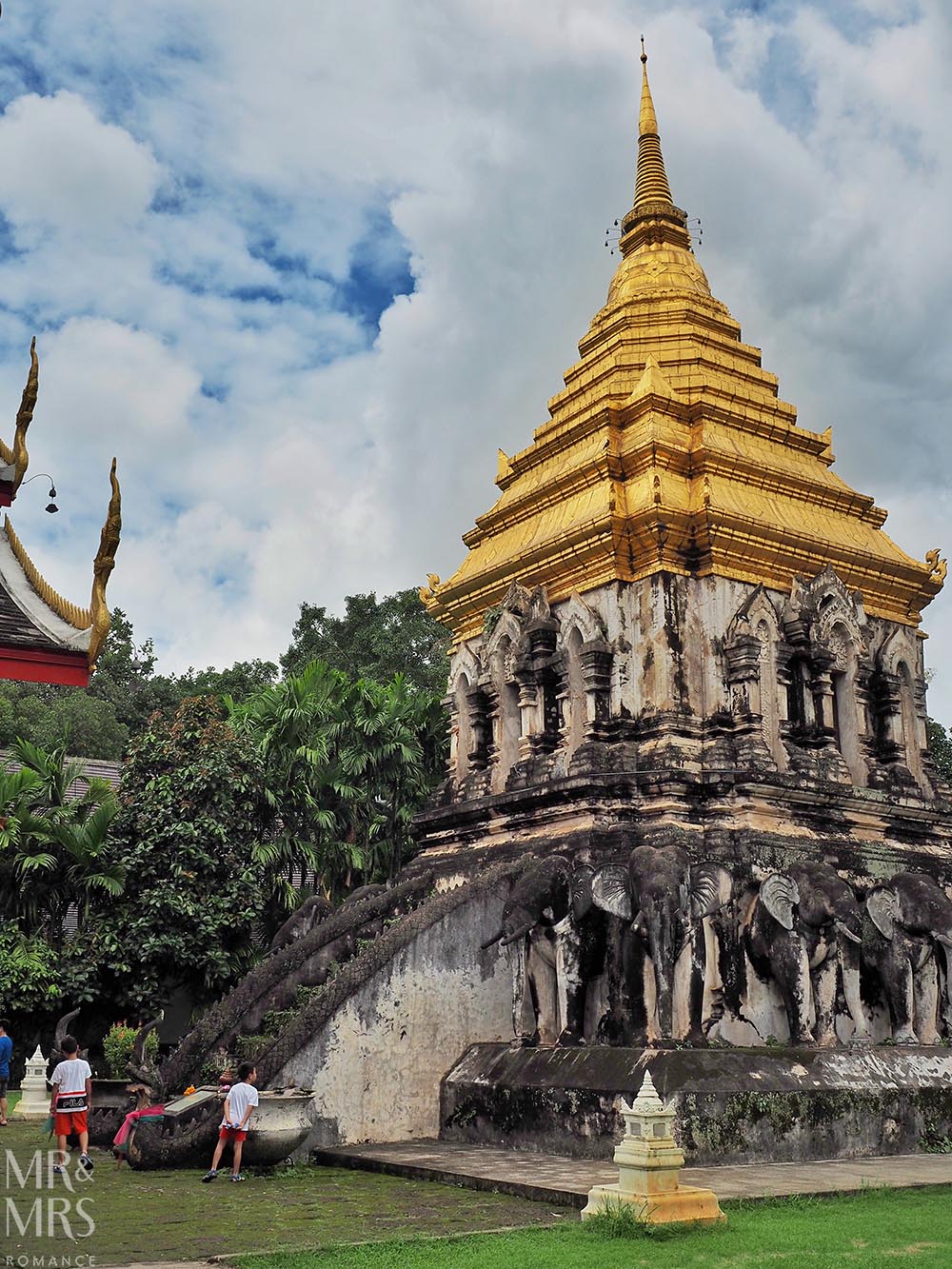 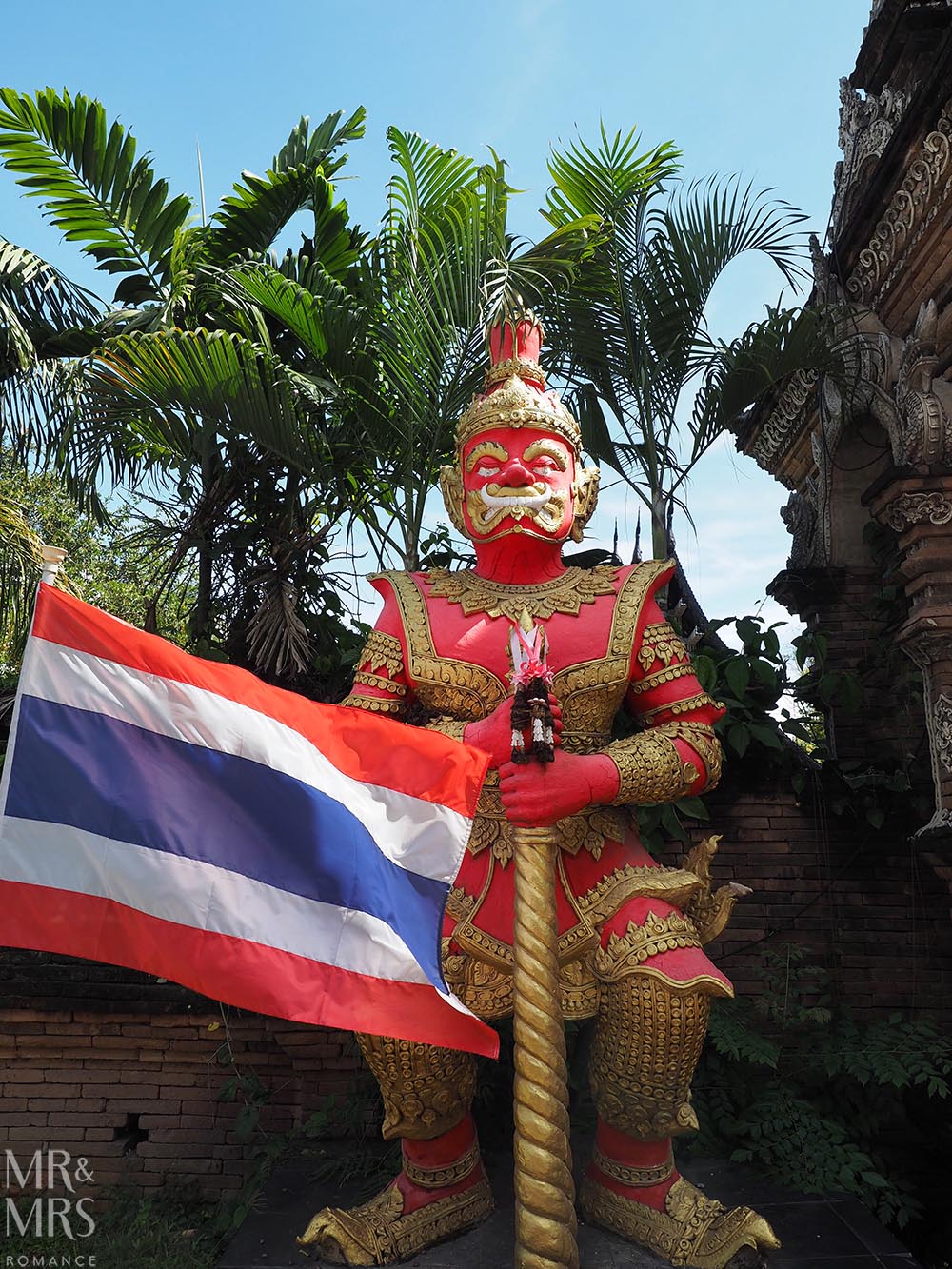 South of the city is the old silver district of Chiang Mai. For that reason, this 14th Century temple – also known as the Silver Temple – is dedicated to the silver smiths of the area. The roof and walls are made of silver (or it might actually be aluminium), and inside is also completely clad in silverwork.

On the outside there are some very strange decorations featuring Marvel Comic heroes and names of foreign cities.

Due to some rather antiquated traditions, women are not allowed in this temple. There is another silver temple nearby – Wat Muen San – that welcomes all visitors and is somewhat more traditionally decorated. 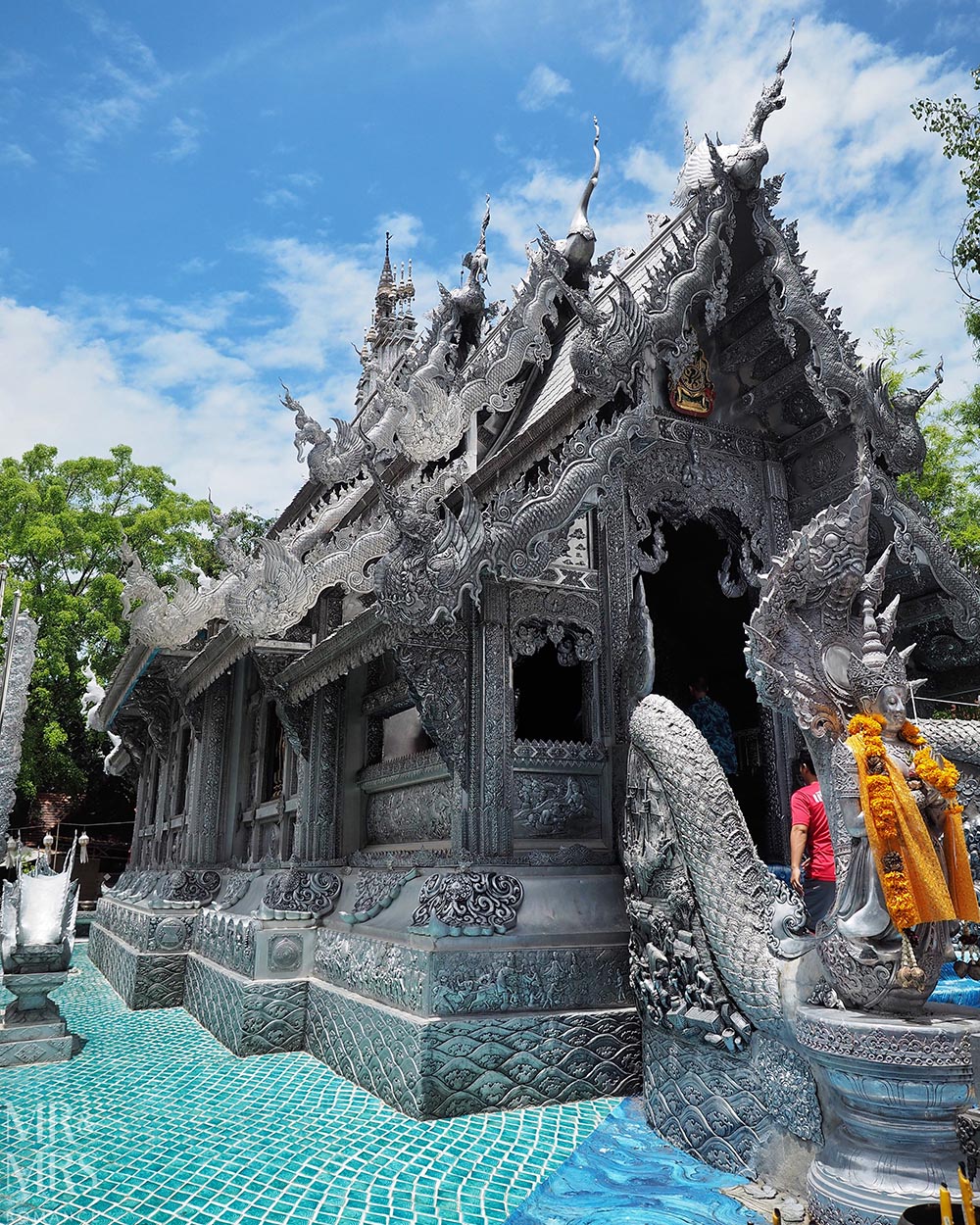 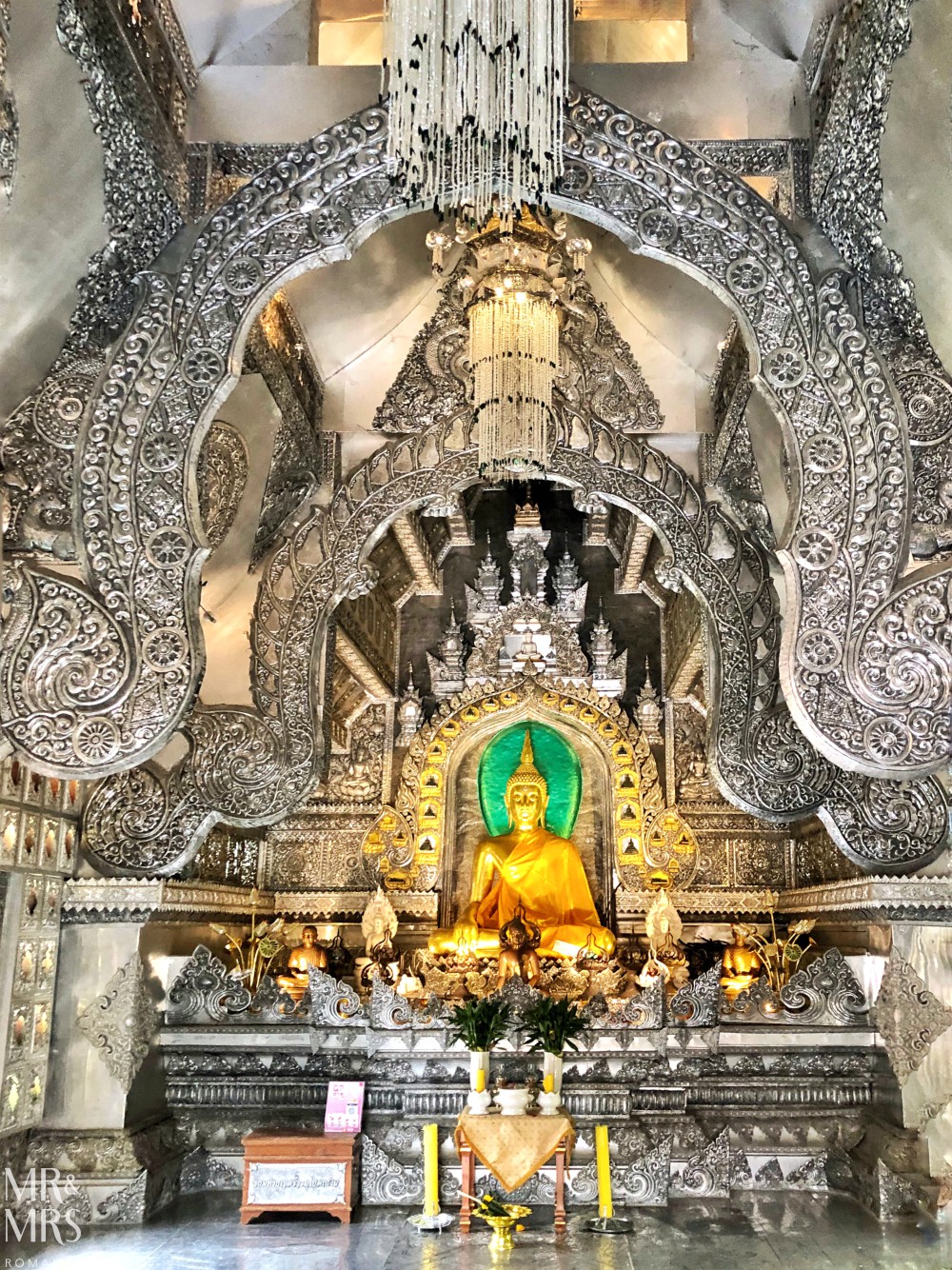 The Old City wall is about 6km around with forts at the entrance to most of the gates. It’s a wall surrounded by an old moat, which is mostly dried up now.

Chiang Mai means ‘new city’, but founded in 1296, it’s far from that. It took this name when it succeeded neighbouring Chiang Rai as the capital of what was then Lanna Kingdom of northern Thailand.

However, locals still identify themselves and their culture specifically as Lanna and more broadly as Thai. It’s interesting that the heritage of a kingdom that effectively ended in 1600s still holds sway.

3. The modern city of Chiang Mai

We were very impressed with how this ancient city has managed to build and maintain a very modern feel. In parts of Chiang Mai – like Nimmanhaemin Road east outside the old city’s walls.

This is definitely the ‘cool’ district, with beautiful shopping malls and restaurants, funky bookshops and pop-up art installations everywhere. It’s places like this where you can see how the increasing population of ‘digital nomads’ and expats has had an impact. 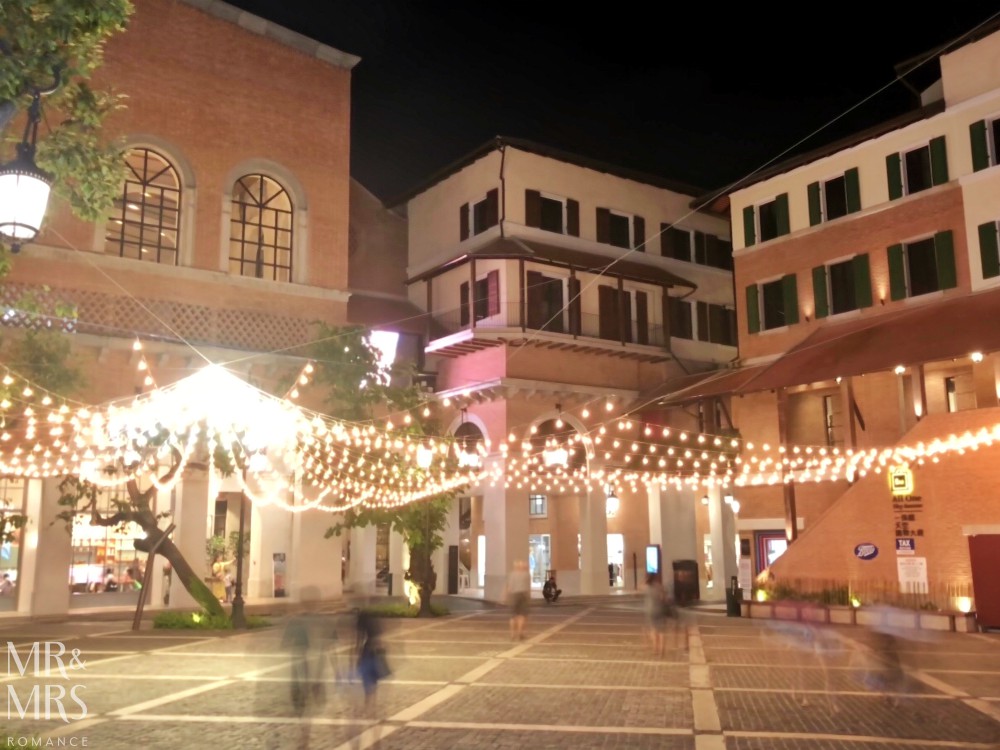 Thailand is known for its hot, tropical weather. So it was a pleasant surprise to arrive in Chiang Mai from Bangkok to discover it was noticeably cooler and far less humid than the capital.

I always imagined Chiang Mai, set amongst the jungles of northern Thailand and far from any sea to be sticky and unbearably hot. But this city, over 300 metres above sea level and close to alpine regions of south-eastern Asia, has a very liveable climate.

Don’t get me wrong, it’s still hot here, but there’s not that claustrophobic, stewing sensation here you get in Bangkok.

However, when you’re in the mountain regions and the misty clouds descend, it can get quite cool.

We were very impressed with the food scene here. From the simple street hawker style food in the city markets to ultra-modern sustainable and organic places like Meena Rice-Based Cuisine and Be Organic Ohkajhu.

The latter is focused on a more European or western style, which is also quite interesting. Initially we thought it could be catering to the expats who have moved here, but as we were the only non-Thai customers, I don’t think that’s the case at all. 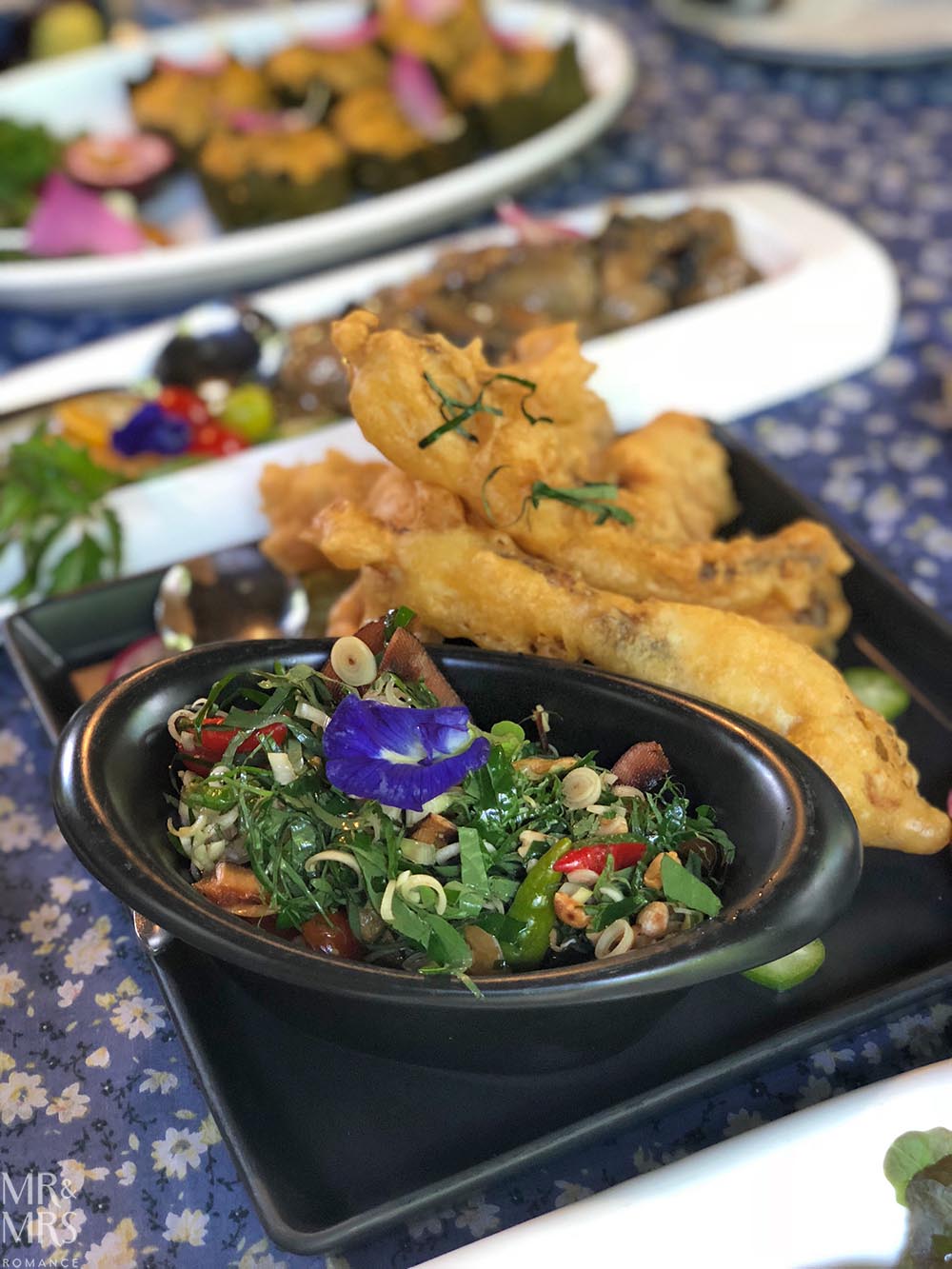 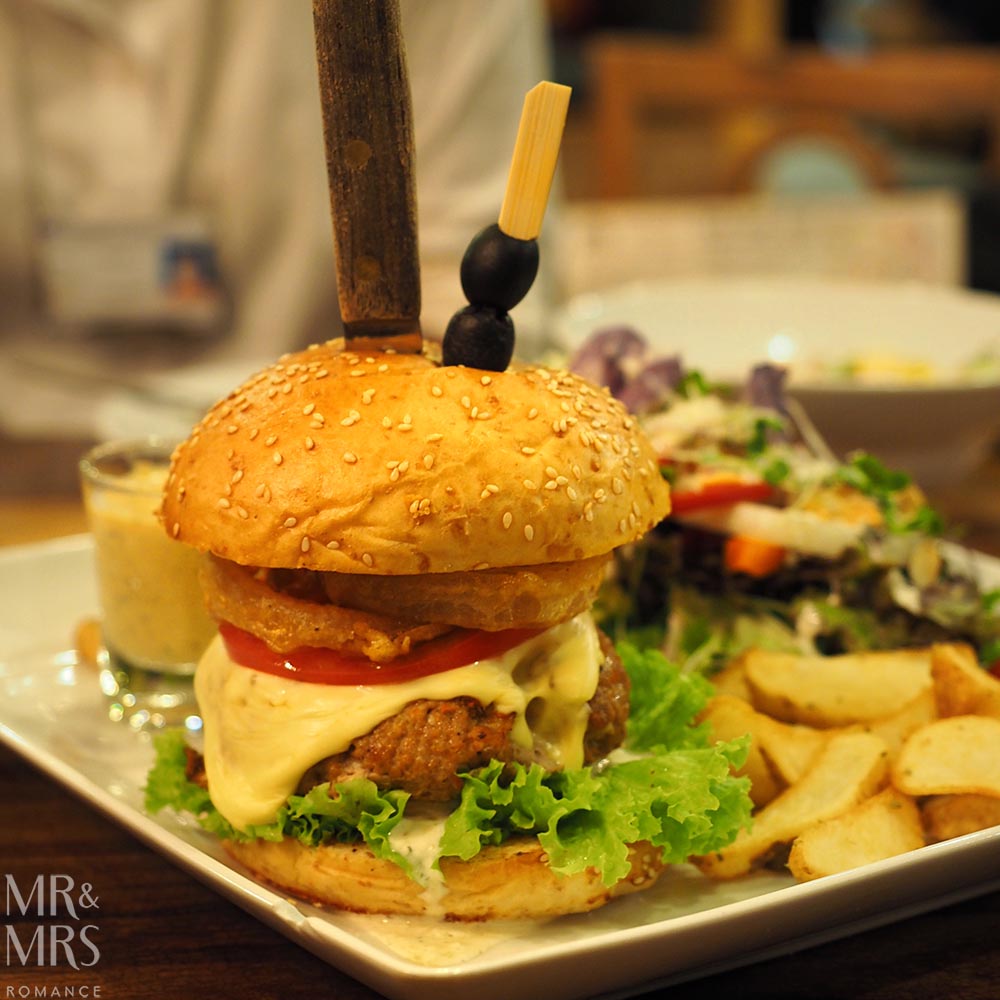 Typically though, the food style here tends to be less spicy than in the south, and less seafood, more pork and chicken. Like much of Thailand, it seems quite hard to have a bad meal in Chiang Mai.

The Thais really know how to do a market. Chiang Mai has a wealth of out-door shopping ops throughout the week.

Our favourite is the fascinating Walking Street, which runs east to west right across the middle of old town.

Every Sunday, the city shuts this kilometre-long street off to cars and fills (and I mean fills) it with market stalls. The road’s wide enough to get two lanes of stalls down, so if you’re aiming to walk up one side and down the other, leave at least an hour to see it all.

You’ll find everything from clothes and souvenirs to mysterious street food and the best people-watching on earth! 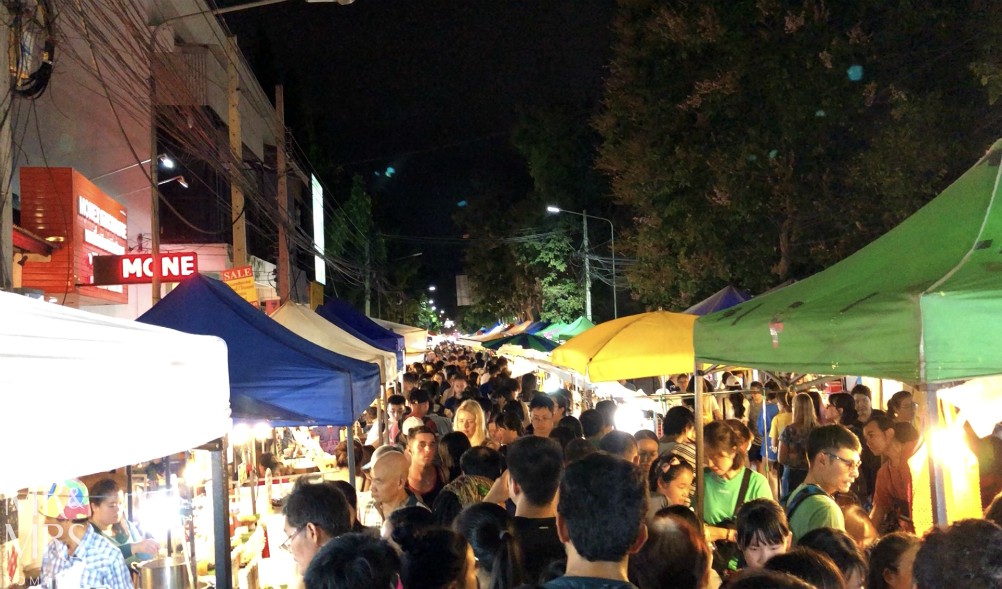 With the foothills to the Himalayas coming to an end just to the west of Chiang Mai, it stands to reason this is the home to Thailand’s highest point.

The highest part of Doi Inthanon National Park stands (very specifically) at 2,565.3341 metres, and is a singularly beautiful place to visit. Little shrines near the summit, which is driveable almost to the top by the way, are moss-covered and blend into the trees.

As pagodas and stone elephants covered in vines and lichen loom out of the mist, it feels like you’re the first person to see them in a very long time. 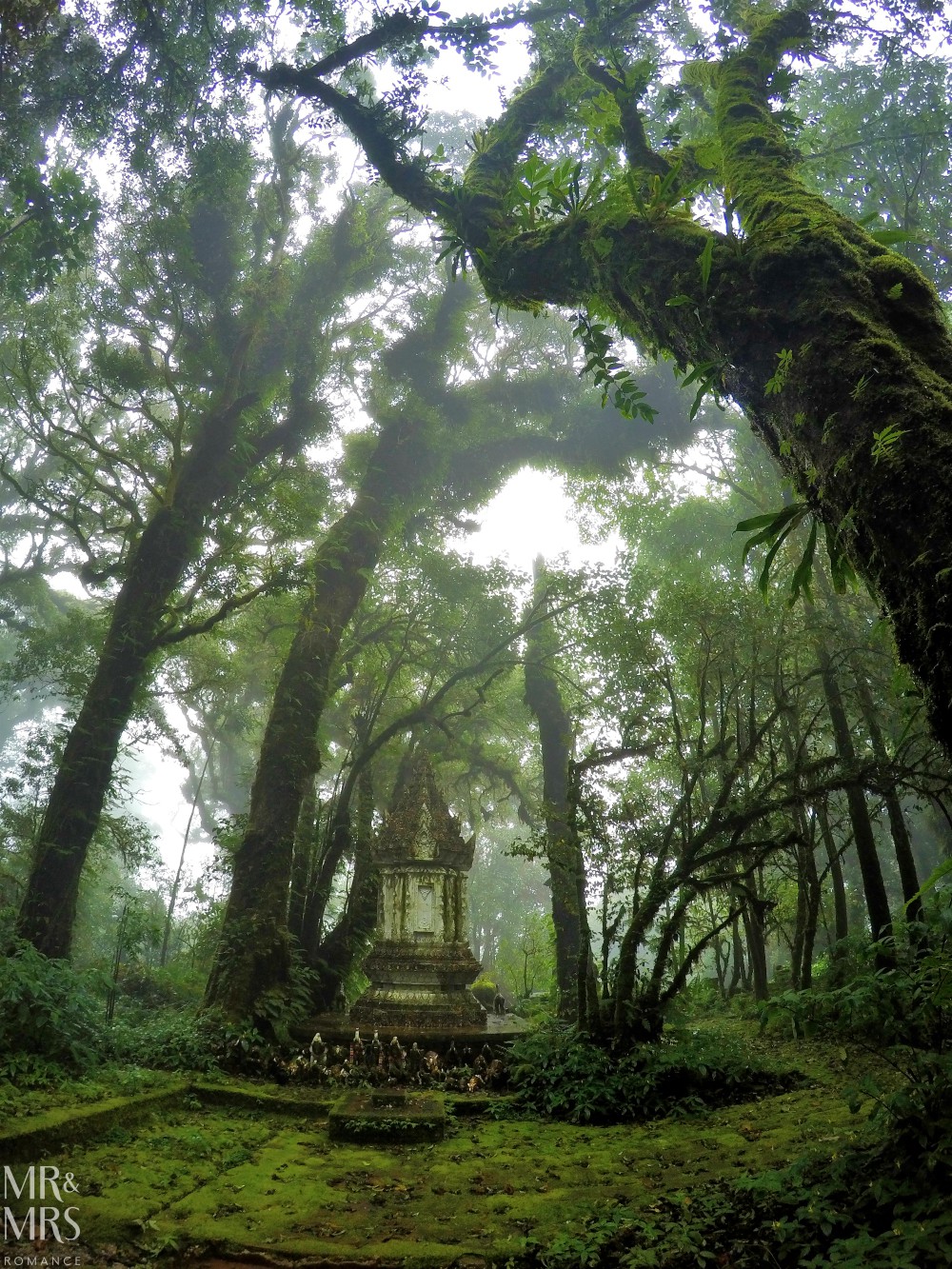 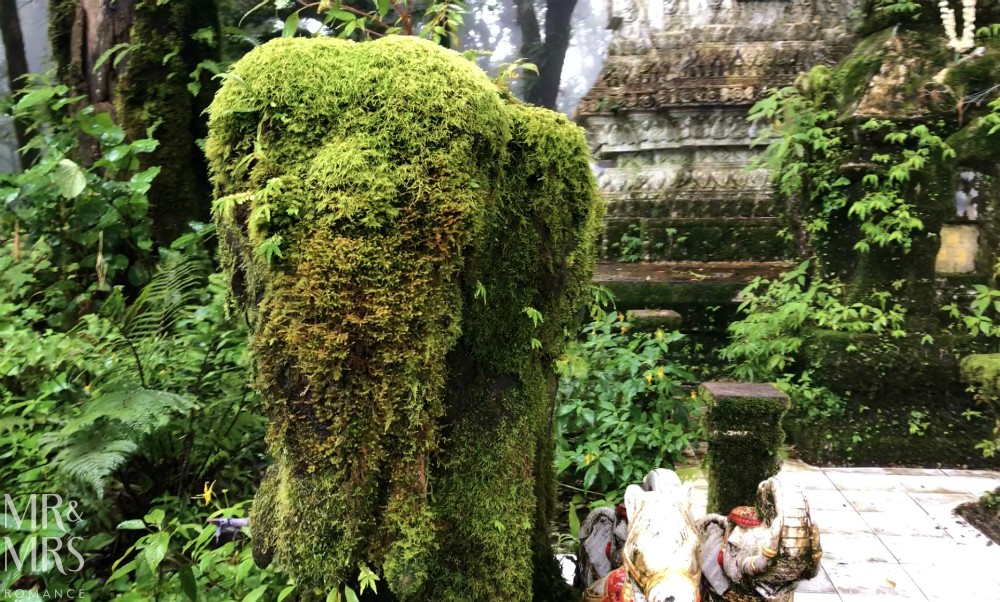 They’re stunning and in such an incredible setting that befits how much the country still reveres King Bhumibol and Queen Sirikit.

Punctuating the rivers that flow down the mountains and foothills of Doi Inthanon and other national parks, the waterfalls here are nothing short of splendid.

Wachirathan Waterfall, which chops into the Klang River, may not be the highest falls we’ve seen, but they’re up there as the prettiest. 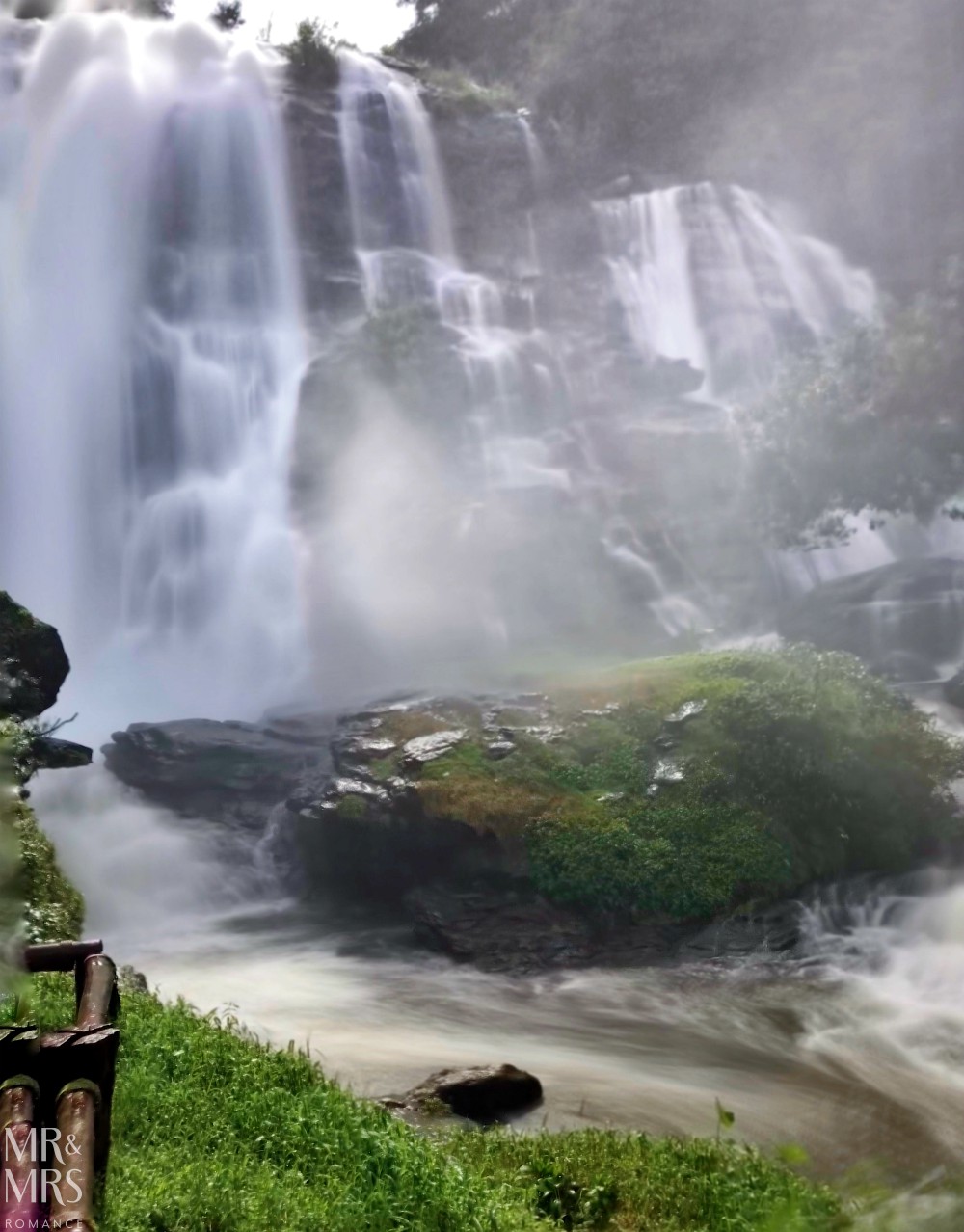 Many of their villages are not for visitors to enter, but there are some who have set up a tourism trade. Their hand-woven fabrics, clothing and bags are quite beautiful, and you can often find someone making things in the shop.

It’s very interesting to see these tribes and their villages, which seem quite primitive compared to the modernity of Chiang Mai below. But this is the traditional way of life the Karen residents lead. 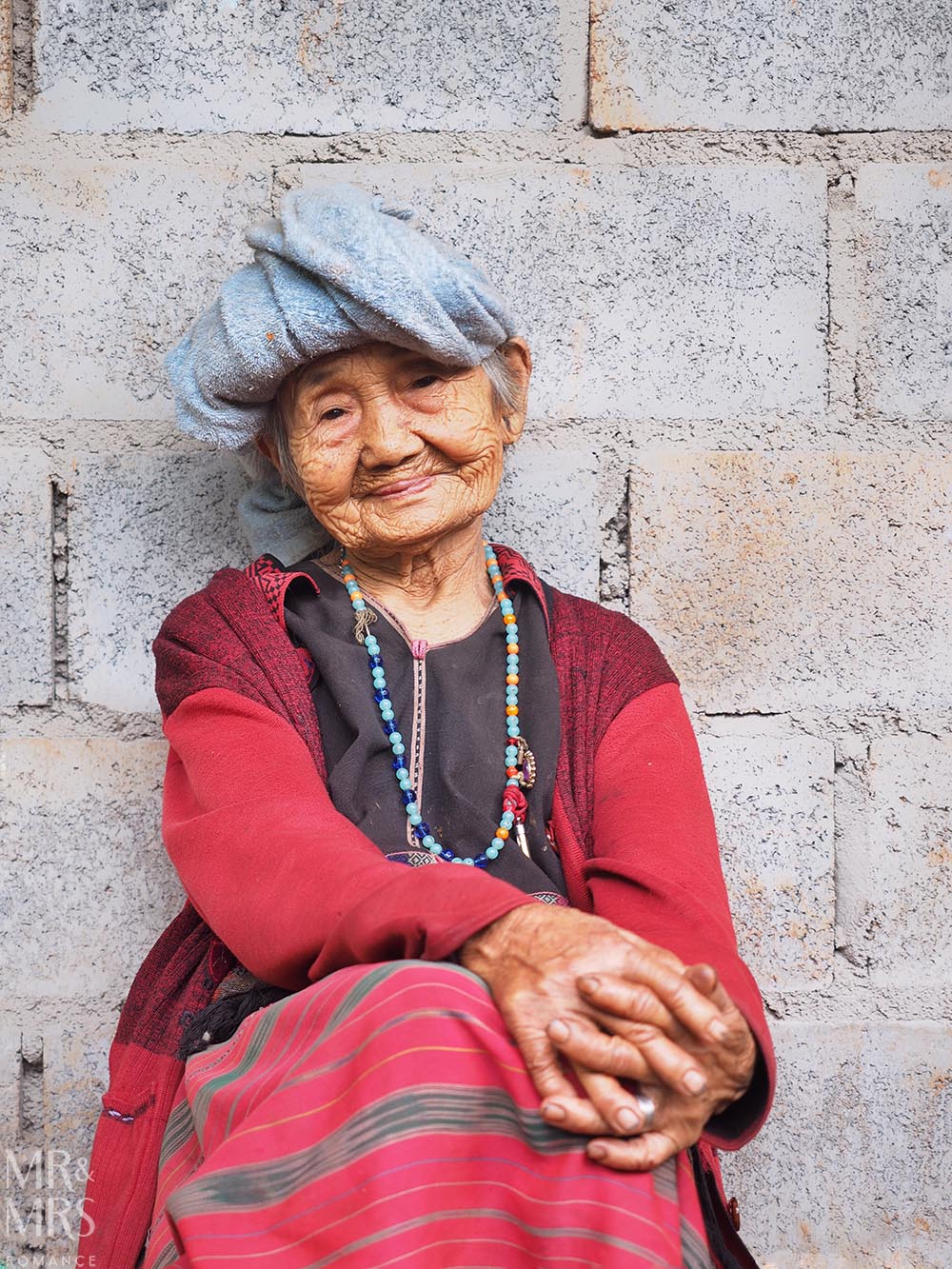 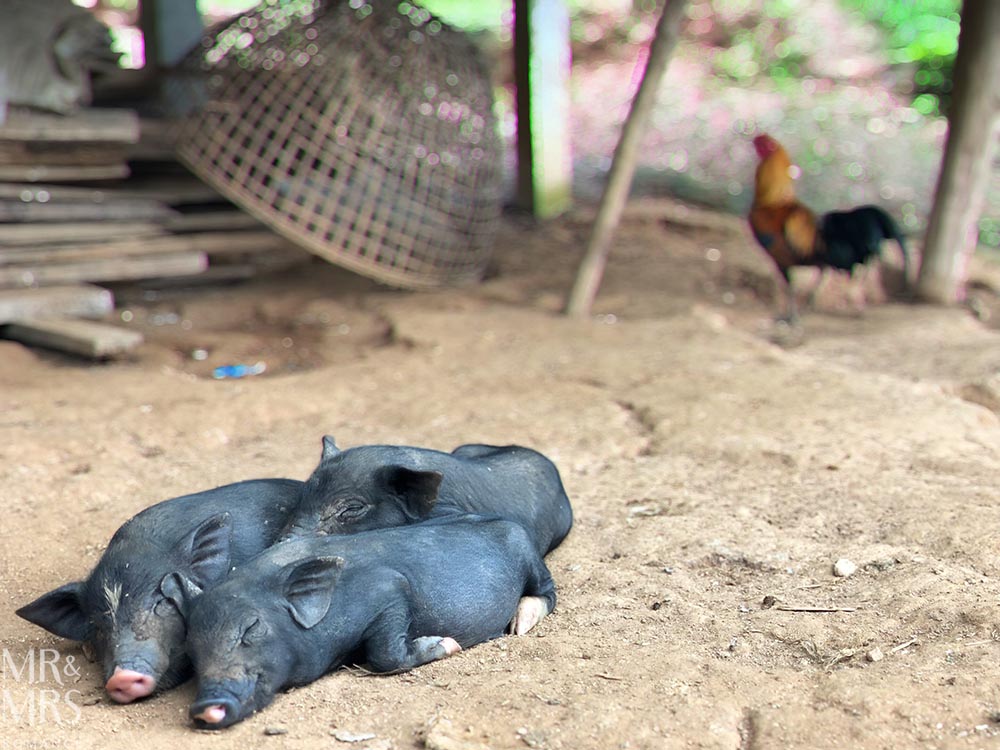 10. The culture of northern Thailand

It’s very interesting to see the differences in cultures between the people in the south of Thailand – in Bangkok and around the southern coast – and here in the north.

Of course, compared to the pace of Bangkok, Chiang Mai feels more relaxed and slower. But there’s a sense of propriety and strength of tradition here that’s not as defined in the south.

Perhaps the more recent development in the tourism industry here is still revealing a way of life that was unknown to either party until recently. Locals seem to see tourists with more affection than the over-burdened beaches on the bay.

That’s not to say Chiang Mai is so far off the beaten track that it’s completely unprepared for visitors. In fact the Khum Khantoke evening is literally a show of Lanna culture.

Watch a mix of traditional Thai dancing and interpretive expressions of Lanna culture while you enjoy dishes from the region served in a ‘khantoke’ – a traditional bamboo platter of the region.

Chiang Mai is the homeland of much-lauded Thai silver. The quality and purity of the silver here is very high, while the prices are said to be low.

For an extra level of authenticity, on the grounds of Wat Sri Suphan – the Silver Temple, you can find monks smithing and carving silver using traditional methods. You can buy their work directly from the monks too, which is pretty cool. 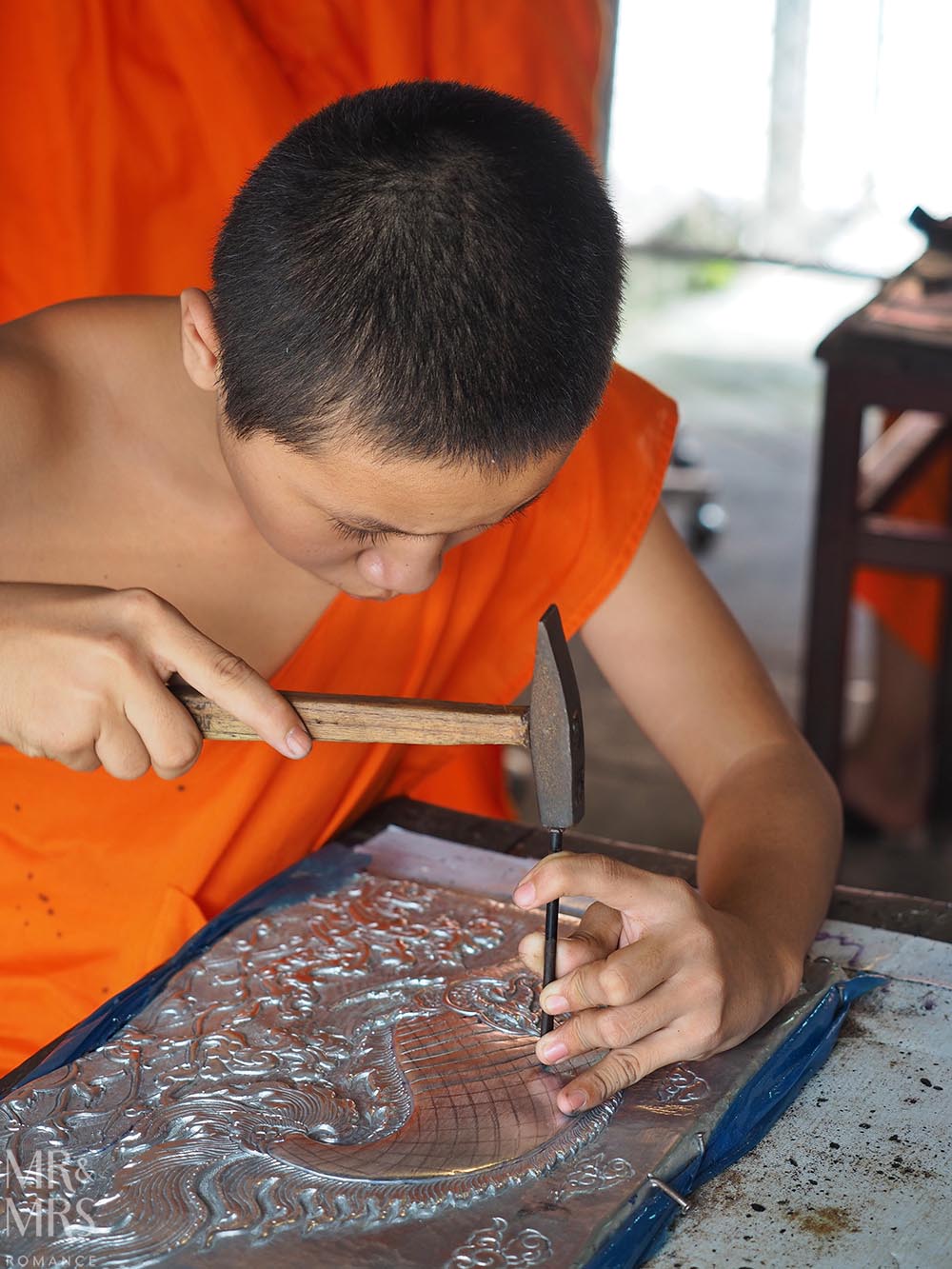 We were very impressed with Chiang Mai. Its culture, climate, food and people showed us a side to Thailand we were not expecting to find.

Of course, we’ll be back to Thailand soon enough, but for the first time, we’ll be looking seriously at returning north to explore more of the Lanna region – to the Rose of the North.

If you enjoyed this story, you should also check out some of our other stories from Thailand:

Have you been to Chiang Mai? What else would you add to this list of reasons to go there? Tell us in the comments!

How good is curling up with the one you love and relaxing in front of a movie? Mrs Romance and I do it all…