I love a gadget – especially when it works and is actually useful.

The perfect gadget for photography gadget lovers, but not that necessary for me. 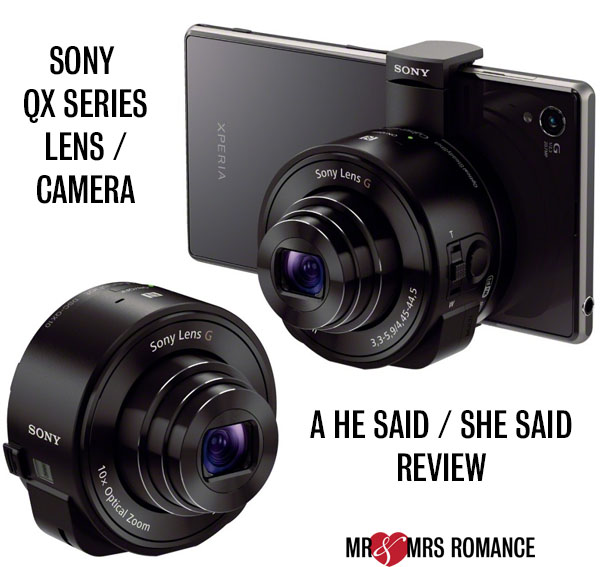 When Sony lent us their new Sony QX smartphone detachable camera lens, I was quite excited. I don’t mean squealy-girl-crying-and-punching-myself excited, just… excited.

I don’t think Mrs Romance was as wrapped with the QX. She’s not as gadget mad as me and looks at it as just another thing to carry, and I can see her point.

However, I was hoping this lens would level the playing field a bit. You see, although the camera on my meagre iPhone 4S isn’t bad, it’s not that good either. Mrs R’s 5S is much better and so a lot of our Instagram pics are from her phone.

It is the lens of the QX that makes the big difference turning my phone into a 20 megapixel camera with a 10x physical zoom. It’s higher quality than most compact cameras and is great for shooting in low light, and has image stabiliser functions for still and movie images too.

You need to download the free PlayMemories Mobile app to use it. When you’ve turned on the lens, open the app, which will connect to the lens via WiFi.

You can either open the spring-loaded grip jaws and attach the lens to your phone turning it into a conventional camera or hold the detached lens in your hand – or you can even screw it into a tripod stand separate from the phone.

The connectivity range between the camera and the lens is about 10 metres, so it’s perfect for setting up group photos or selfies.

This was one of my favourite features of the lens. There’s nothing worse than trying to position everyone before hitting the timer and scrambling back to your place. With the lens you can look at your phone screen and get everyone ready before hitting the shutter at your leisure.

If you want to get a different perspective shot – high up or low down, you can hold the lens in your hand or higher up on a monopod, check the photo on your phone and click away. It’d be very handy for discreet street photography too.

My only problem with the lens was the speed it worked at. Sending every photo back via WiFi to the phone took time. We ended up using the smallest file size – over half the size of a regular iPhone photo – to speed things up. I think with an SD card in the QX, things would be quicker, but we didn’t have one of those, so who knows.

It also bleeped every time you took a photo and I couldn’t turn that off.

It’s a great bit of kit – especially for the photography nerd or the gadget obsessed, and for those who have a specific photographical idea or need.

But then what do I know; Mrs R’s the photographer in our family! 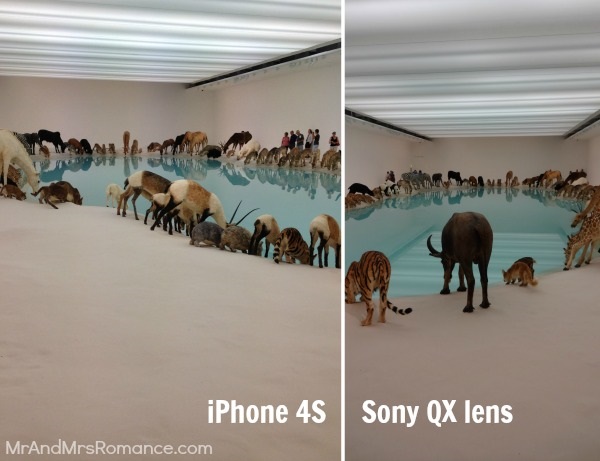 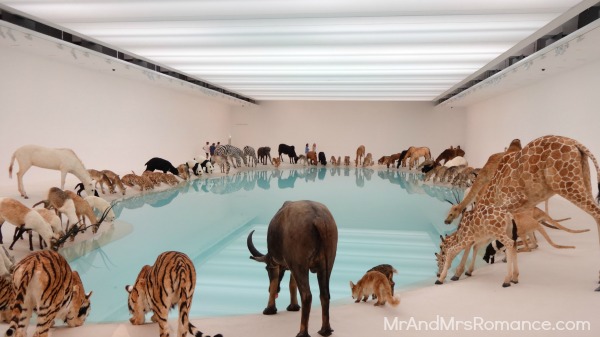 Photos are from the Falling Back to Earth exhibit in the GoMA in Brisbane by Cai Guo-Qiang.

Photography is my passion and I’ve been taking photos for as long as I can remember. I saved up for almost a year to buy my first SLR camera in high school and have bought quite a lot of gear over the years.

I once travelled across Europe with 4 cameras and 2 extra lenses. I came home with thousands of photos but also a very sore back and shoulder. Since then, I’ve become more of a minimalist photographer.

I believe you don’t need endless amounts of equipment to take good photos. In my everyday, I snap away with my camera phone. For work and when I’m shooting for fun, I use my DSLR. I mainly stick to a 50mm prime lens and occasionally carry a zoom lens.

All this preamble is to explain I’m probably not the target market for the Sony QX lens. There were lots of things I liked about this lens but in the end it’s just not for me.

The Sony QX lens is a fantastic concept. It remotely connects to your phone via an app and turns your phone into the viewfinder. It takes good quality photos and it has a long range zoom that is excellent so you can get right in for detail shots. It’s perfect for when you’re at a sporting event or if you’re spying on someone.

The QX clips to your phone, but the thing I like is that it also works a fair distance away from your phone. You can hold the lens up to shoot from above and monitor the shot from your phone. It’s also great for shooting selfies or group photos as you can fix the lens to a tripod and use your phone as a remote trigger.

I found initially that the photo size was so high it took a long time to take and process a photo. Reducing the image size made this quicker but it’s still not possible to shoot a series of photos in quick succession. I also couldn’t work out how to turn off the sounds so it always made clicking noises when shooting, which was a little annoying.

I think you could have a lot of fun shooting remotely with this lens. You can capture scenes from lots of different angles while comfortably using your phone as the viewfinder. As I said, I’m a minimalist now so, as this lens doesn’t really replace anything I use, it would just be another item to carry.

The Sony QX lens is a cool gadget and it got a lot of attention when we were using it around Brisbane. If you love your gadgets, this may be your new toy.

Do you love gadgets? What’s your favourite item in your photography kit?

10 skincare products to keep you looking fresh and healthy

Looking after your skin and hair isn’t just about your appearance. But here are 10 products that will also help you stay healthy and…