San Diego – in the whole of the US – has the best tobacco laws. In California, it’s still legal to smoke inside, but only places like tobacco stores. You can’t eat or drink in there. San D takes it one step further. 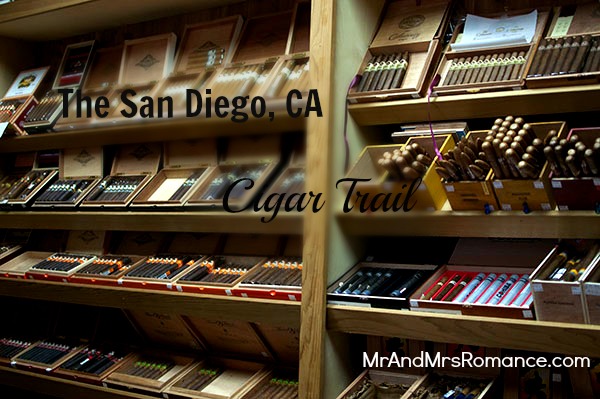 Providing the main product you sell is tobacco, you can get a special licence that permits you to sell alcohol and food.

For that reason, there are loads of hookah bars and cigar lounges throughout the city.

We decided to check some of them out. Here’s the low-down:

Starting at the western end of Fifth Avenue, we worked our way toward the Gaslamp Quarter and the harbour.

Café Bassam – 3088 Fifth Avenue (corner of Redwood Street) is open from lunch and is a very cool, quirky little café. It’s full of antiques and has a great vibe. It also has a really interesting range of cigars, from local brands to more exotic types to suit your taste. 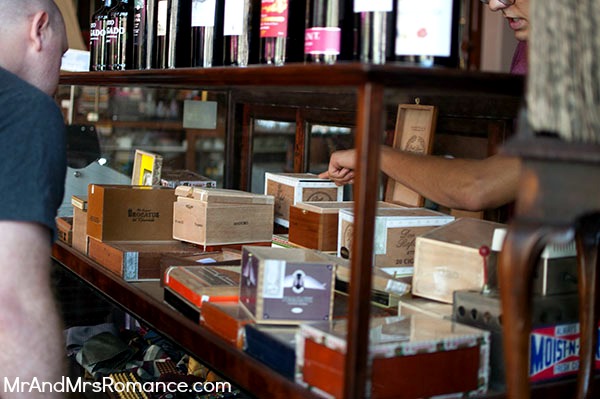 Like the rest of the furniture here, the humidor is also antique, which could mean it’s really really good or full of holes to let that dry desert air in. This was my only concern though, and I’d definitely go back to spend more time here. 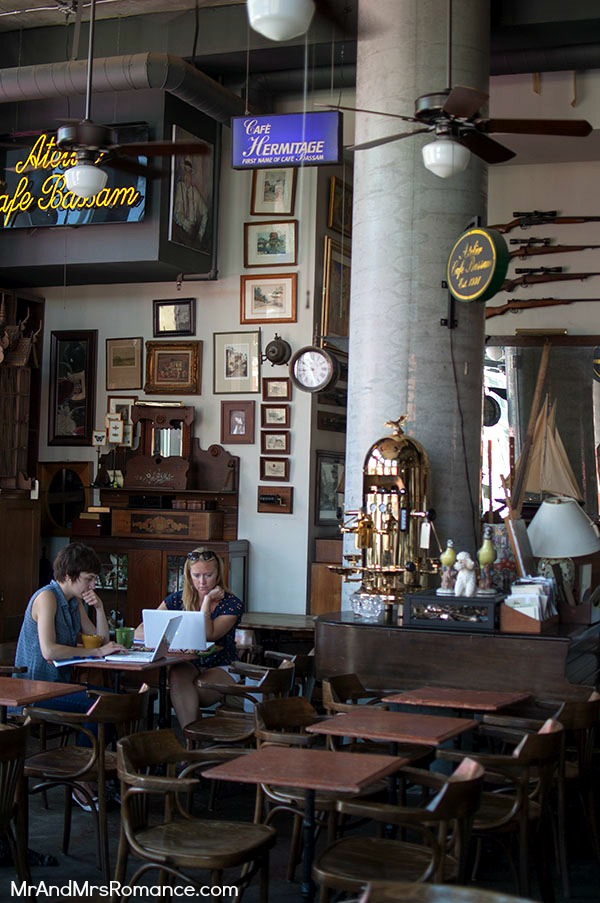 Smoking is not permitted inside, as it is primarily a café. There is a little courtyard out front though, which would be very comfortable for a smoke. 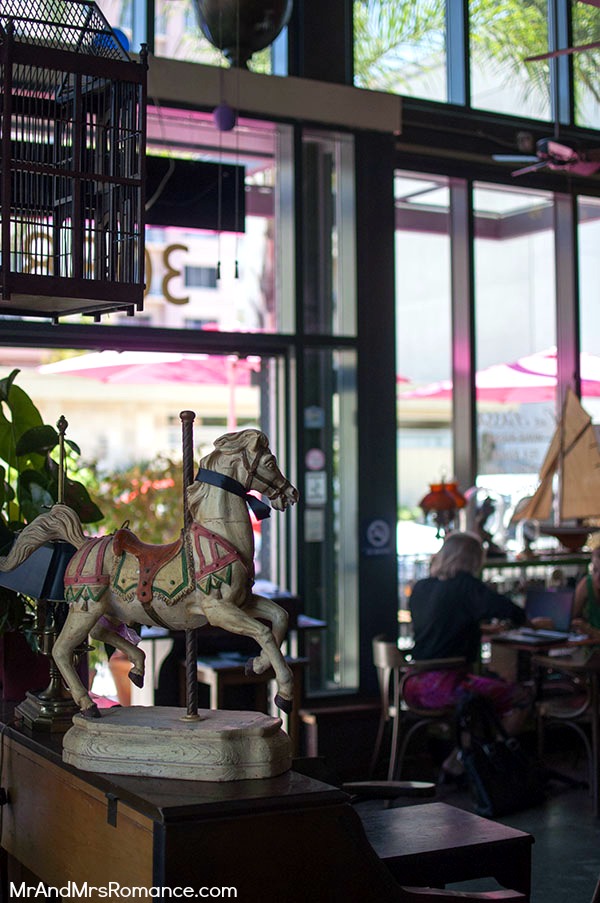 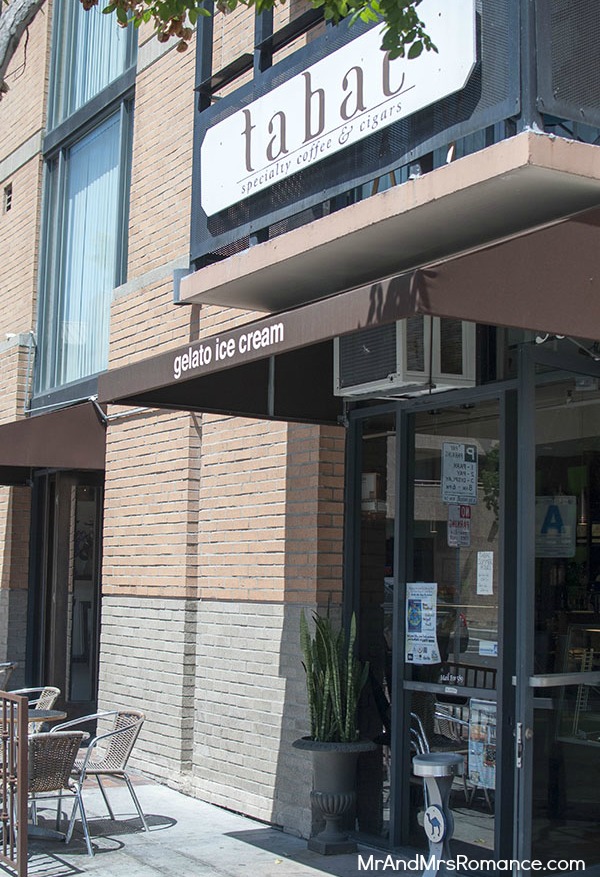 Tabac – 589 Third Avenue (corner of Market Street) is open from 10am and is a very cool spot. It has its own brand of hand-rolled cigar called Gran Havana. I found this name amusing as it was so erroneous: nothing to do with anyone’s grandmother and rolled in the Dominican Rep! Still, I bought a panatela to try later – you’ll be seeing a review of that one soon.

You can smoke inside here, and the staff are incredibly friendly. 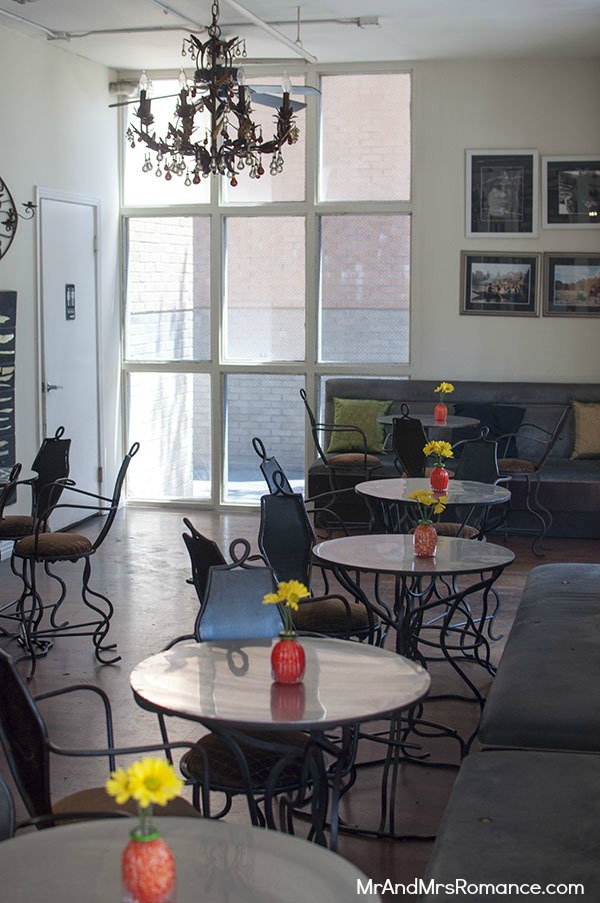 The interior has a café feel, but it’s still comfortable enough to lounge for hours over your smoke. The walk-in humidor is excellently stocked and the cigars are all in very good condition. The drinks list looked good and they even make good coffee there – a rarity in the States. 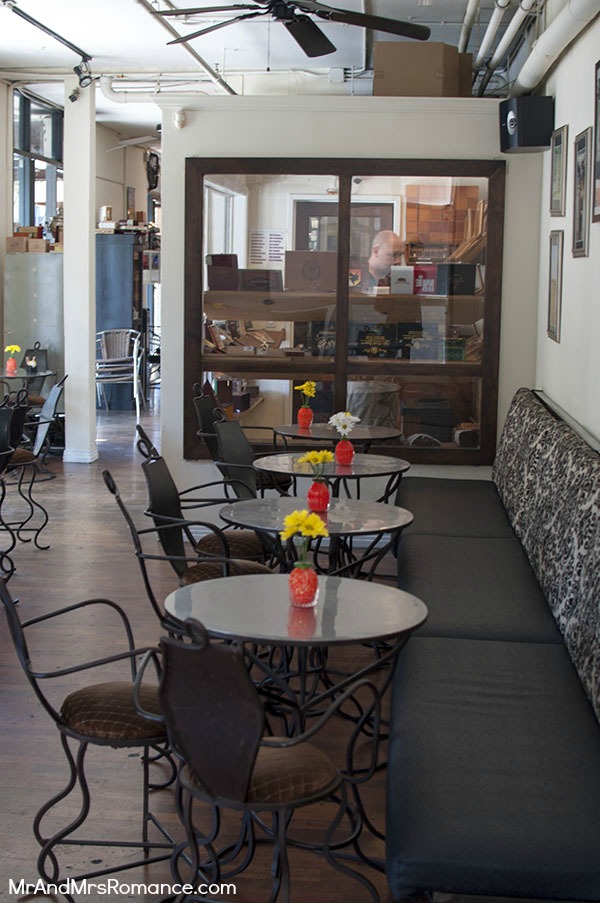 Out of all the places we looked at on our tour, this was our favourite. If we lived in San Diego, this would be our local for sure. 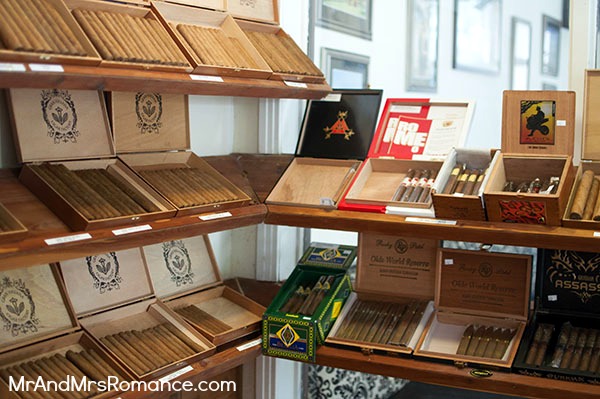 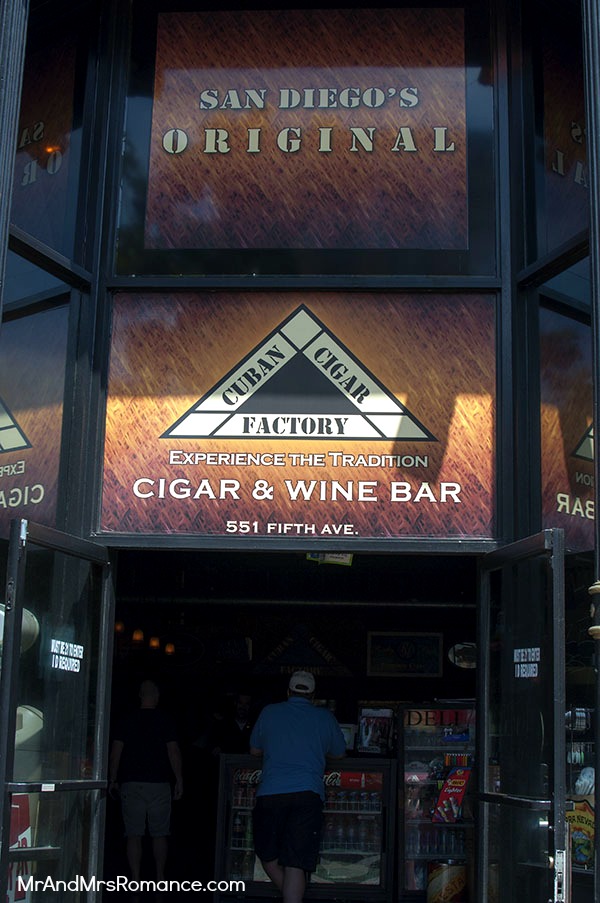 Cuban Cigar Factory – 537 Fifth Avenue (corner of Market Street) is open from 10am and is the epitome of a guys’ smoking lounge. Big easy chairs, a gloomy bar and sport on the TVs dotted about the place. It might sound like just another old-school sports bar but it’s not. The enormous walk-in humidor at the back is impressive. 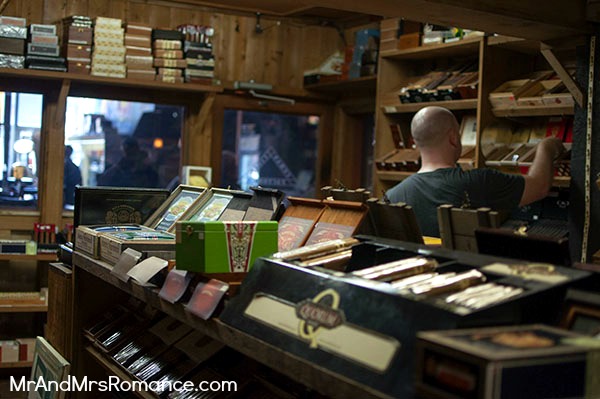 Mrs Romance wasn’t as impressed, though. Ventilation can’t have been too good as it was quite smoky in there. It also had a quite masculine feel to the place, which put her off a bit. Her comment of ‘creepy old-man bar’ was probably a bit harsh, but I can see where she was coming from. 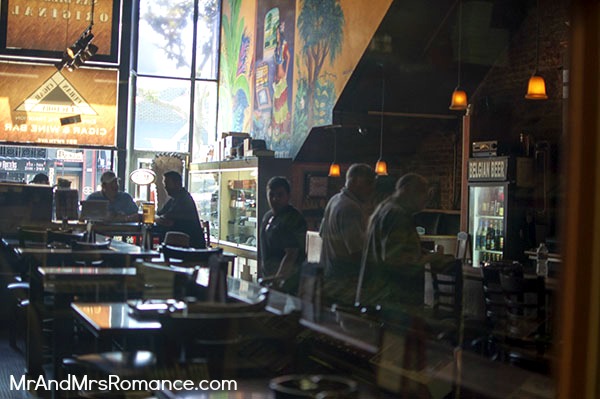 The Cuban Cigar Factory also has its own line of vitolas – the CCF line. These are also non-Cuban, the same as all cigars sold [cough-legally-cough] in the United States. So the name ‘Cuban Cigar Factory’ is again, perhaps not completely accurate. 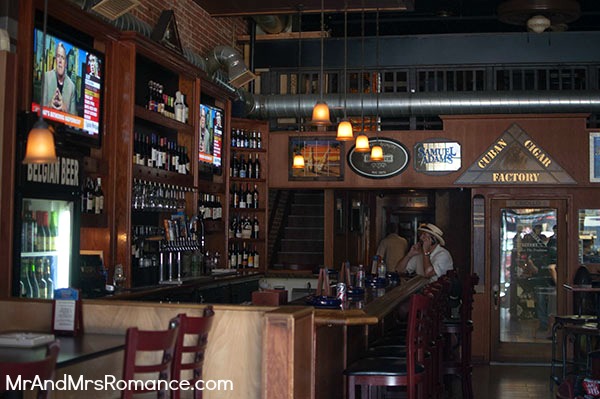 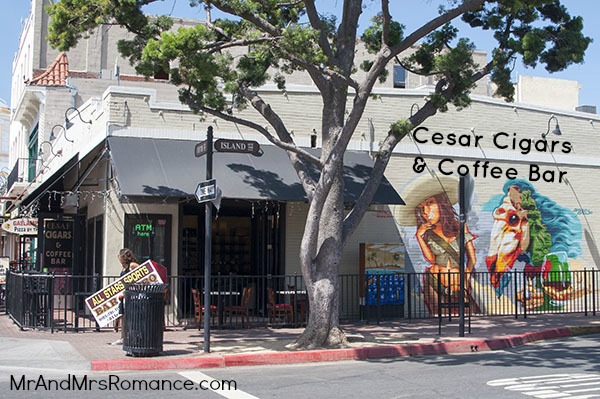 Cesar’s Cigar and Coffee Lounge – 503 Fifth Avenue is open from 10am. This is the sister – or perhaps ‘little brother’ of the Cuban Cigar Factory. Not only was the guy working there half the age of the staff and patrons of the other place, Cesar’s has a lighter, younger and more approachable feel to it. 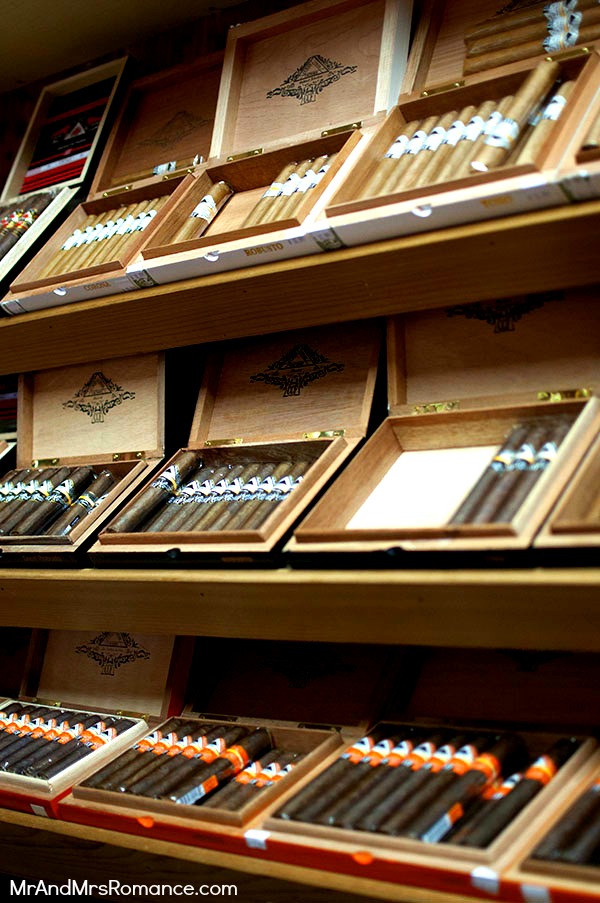 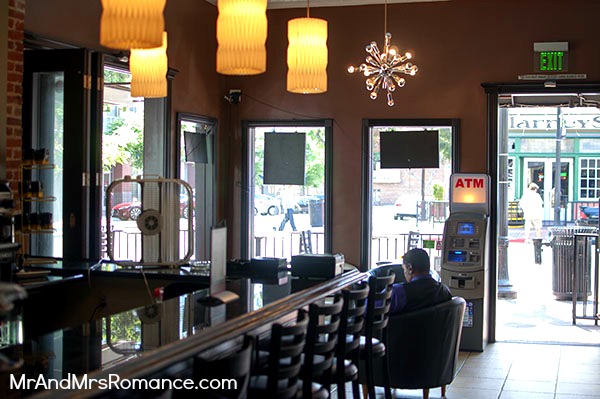 The same as Cuban Cigar Factory, Cesar’s also boasts a large walk-in humidor bigger than my room when I was a kid! There are also lots of comfy looking chairs and sofas where you can sit, and even a good size veranda where you can sit and smoke on those warm San D evenings. 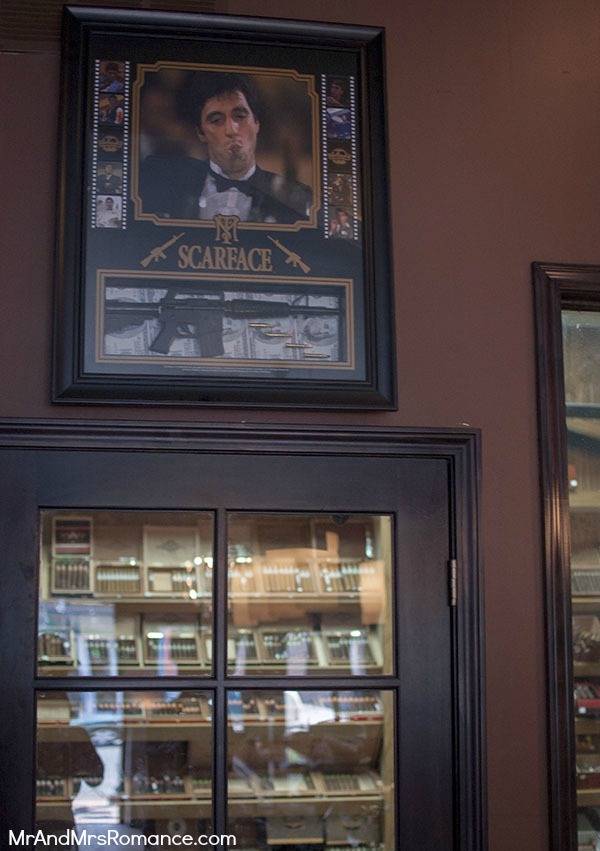 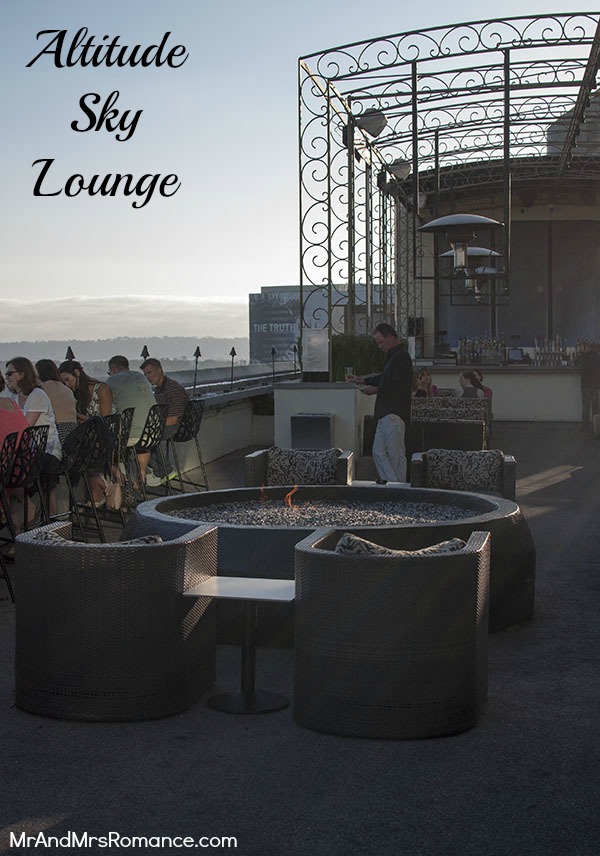 Altitude Sky Lounge, Marriott roof bar – 660 K Street. This place is open from 5pm and offers some of the most impressive views of the San Diego harbour and city. You even overlook the city’s baseball ground, Petco Stadium, and on home games this part of the balcony can get a bit busy. 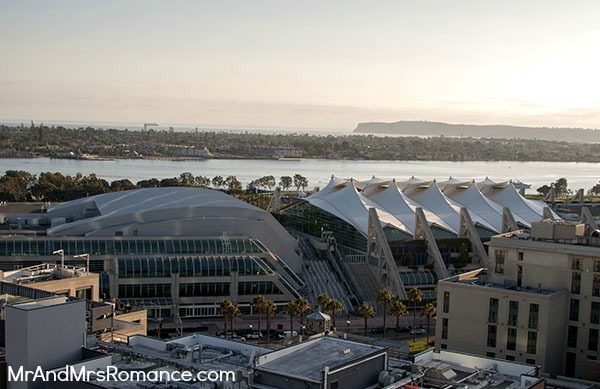 Cigar-wise this is an entirely open-air venue so go for it! They have a limited range of cigars to buy as you can see and I’m not convinced by how well they’re kept. You are more than welcome to bring your own though. 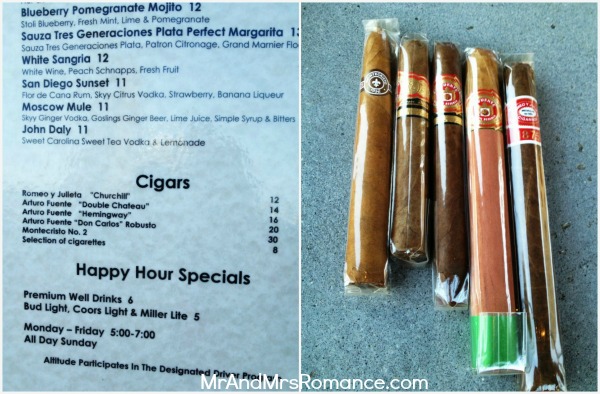 The big clincher for this bar – apart from being a cigar-friendly rooftop bar – is the very cool fire pit in the centre of the venue. The flames are pumped up through the rocks in the two-metre diameter basin and is just about the most awesome thing to have in a bar.

The only downside is that drinks will become a bit pricey there, but if you time it right (we were there around 5pm) happy hour brings down their selection of cocktails to be very affordable.

For more information, here’s our review of the Altitude Sky Lounge, San Diego.

There were a couple more places we’d like to mention here that weren’t open when we went past but that looked worthwhile.

Excalibur Hookah Lounge at 3858 Fifth Avenue opens at 5pm and closes at midnight. It looks pretty good from the outside.

Habana Club Café also looked quite promising. It’s at 780 Fourth Avenue and is supposed to open at 3pm. This place has two entrances and the front entrance is through a courtyard. The back entrance is halfway through the block down an alleyway. Don’t be put off though, I reckon this place could be pretty good.

Wherever you go for a smoke in San Diego, you’re guaranteed welcoming service. San Diego is such a happy little city, as I’ve mentioned before. If the venue’s cigar friendly, the emphasis is very much on the friendly part.