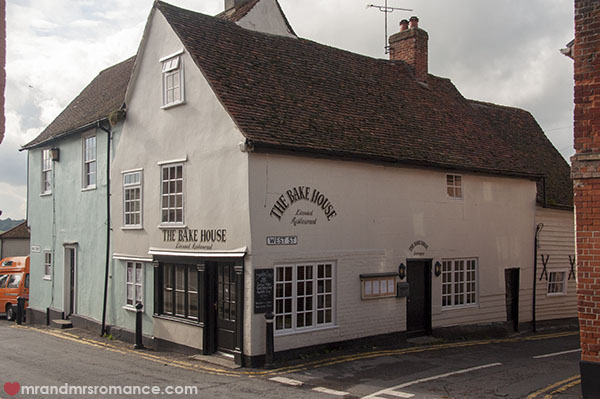 Sadly, this restaurant is no longer open, shutting its doors in late Feb 2017.

But perhaps it should be a little better known. It’s been around a while after all. This tiny town was even mentioned in the Doomsday Book of 1086.

It’s not its Saxon heritage or the fact the town was home to Joan Hickson of Miss Marple fame that it should be given accolades. It’s the food scene that’s catching on in this old fishing village and ship-making town.

The Bake House Restaurant down by the edge of the River Colne is producing some seriously good food.

When we were there recently with my mum and dad, we had an incredible time. Here’s what we ate: 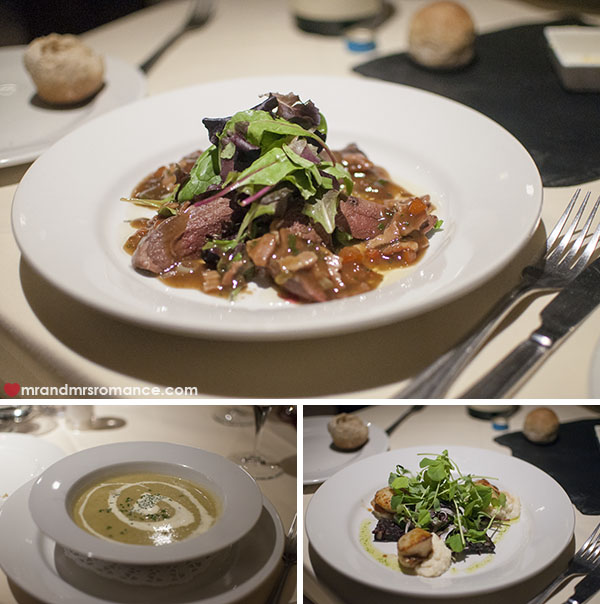 Mrs Romance had a beautifully creamy potato and leek soup of the day.
My mum and dad munched their way through a plate of giant tender scallops with pieces of delicate black pudding.
I chose the pan-fried wood pigeon breast with smoked bacon lardons. I knew the pigeon was locally sourced when I discovered a piece of shot still in the meat! 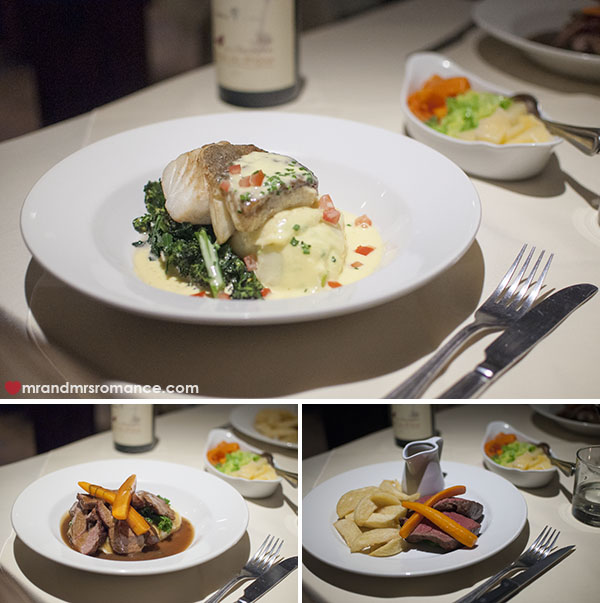 Mrs Romance and I hooked into the locally bred pave rump steak from the Dedham Vale. The steaks came with buttery spinach, chunky chips and a red wine jus.
Dad tucked into the roast lamb rump. It was perfectly cooked and it came with garlic mash, and a rosemary and mint jus.
Mum enjoyed the baked fillet of cod with a spring onion mash, purple broccoli and a chive butter sauce.

We decided to lubricate dinner with a very tasty French Côtes du Rhône.

We were very tempted by the dessert menu, but we were just too full. We were even thinking about coming back the next day to finish our meals properly.

It was an excellent meal. The food was great, but being inside such a great building to eat made it more impressive. The old exposed Tudor beams were so low our rather tall waiter had to duck pretty much throughout the service. 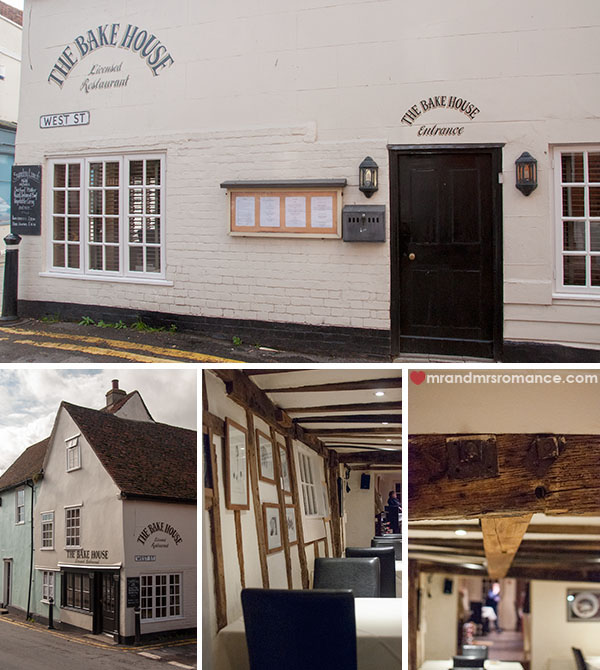 Some of those rafters have been dated back as far as 1437, when it was used as the local police station. After that, the restaurant earned its name by being the village bakery – you can even see some of the beams still show signs of charring where the bread ovens were.

Anyway, if you’re ever in East Anglia, make sure you book a table at The Bake House. You won’t be disappointed.

Fed up with potato-based sauce-soakers for dinner? Chips, roast potatoes, baked spuds, mash… they can get a little bit dull; a bit run-of-the-mill. Well,…