Okay, let’s do a little pretend maths – the only type I’m good at by the way. 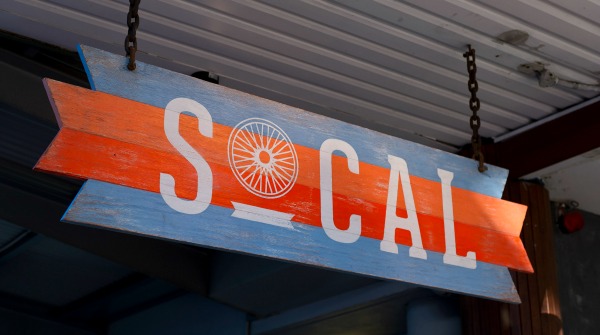 The designers of SoCal (short for Southern California if you haven’t been doing your Sudoku recently) have done an impressive job of bringing Orange County to Sydney.

Luchetti Krelle, designers of Momofuku Seiobo, Ananas, Hinky Dinks and Sake have created a unique space on the corner of Military Road and Young Street.

After heading through a hipster trademark non-descript hidden doorway, the place opens out into a typical San Diegan cantina bar. The décor is simple – almost retro – and the semi-industrial open ceiling and exposed brickwork walls gives the inside a homely yet social feeling. 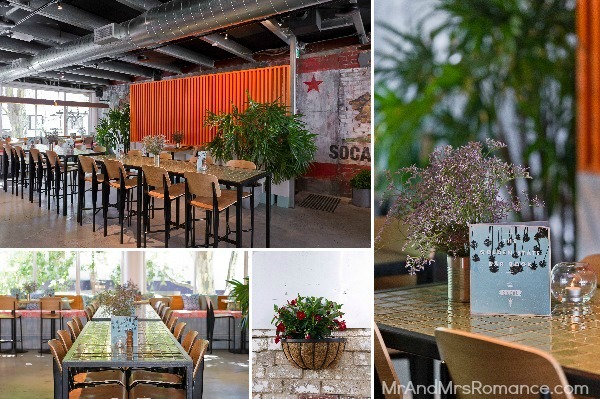 Out the back polished concrete gives way to bleached wood decking and a gazebo roof. The space took Mrs Romance and me back to our trip to San Diego and to a little cantina called El Camino. Very authentically Southern Californian. 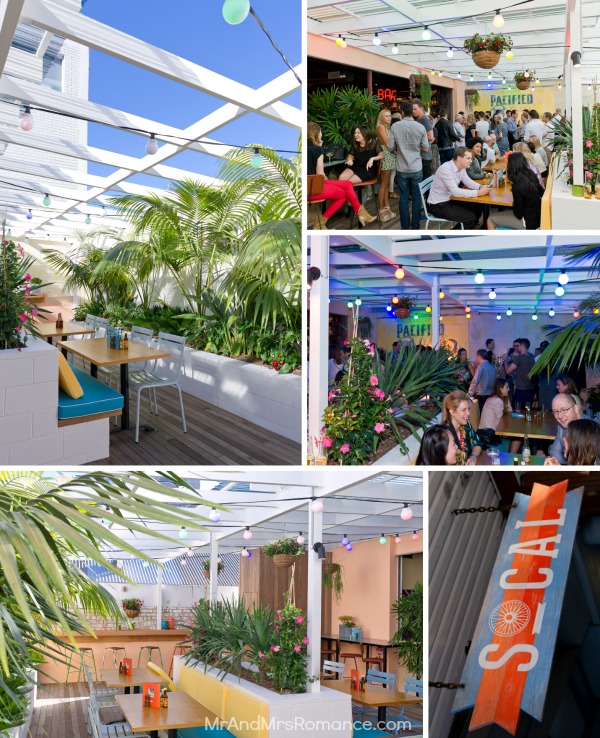 The food and drinks menus are a clever blend of modern Australian and ‘CaliMex’. Things like southern fried chicken with quinoa and black bean salad, mini empanadas and seared salmon with zucchini, coriander and walnuts. 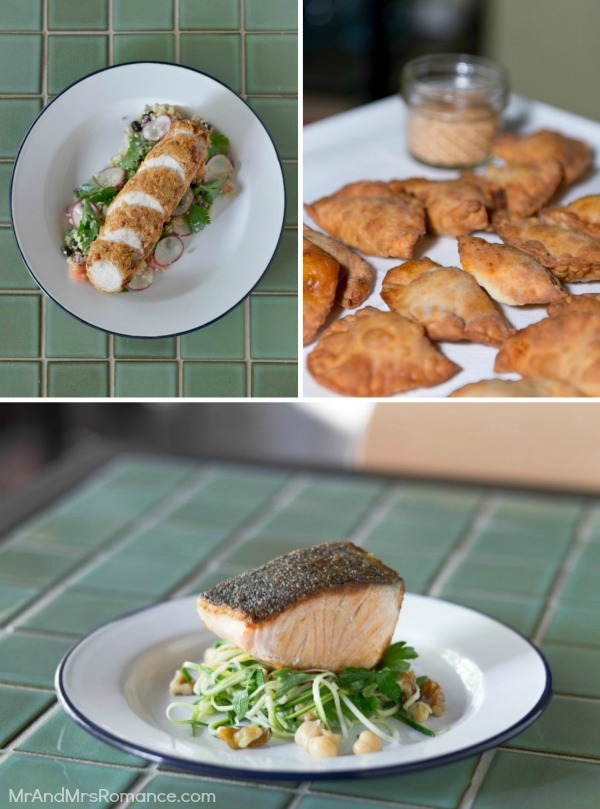 There’s also a range of tacos you can choose from, chicken pinchos, chilli dogs, ribs… tell you what, why don’t you just take a look at the menu? 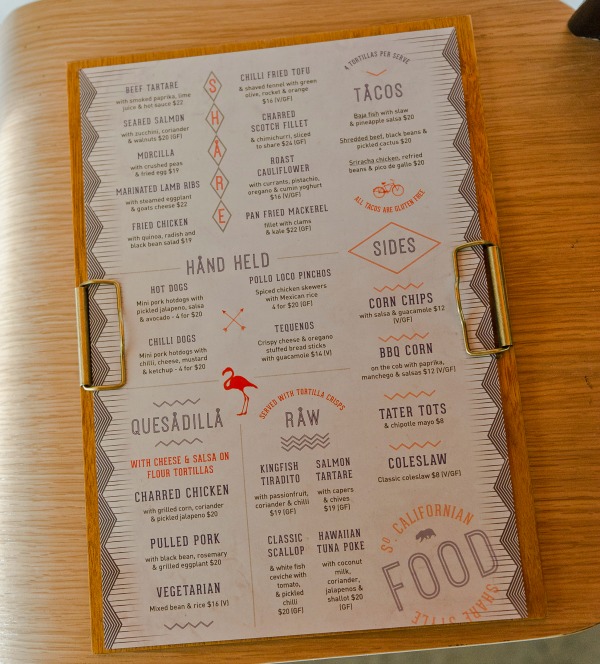 I thought it was interesting they chose not to include burritos on the menu. On the other hand, I suppose a quesadilla trumps a burrito any day.

However, I was sad not to see our San Diego favourite on the menu though: the California burrito. It’s basically a regular burrito but with fries inside it. It’s like an AmMexican chip butty. Incredibly unhealthy, but maddeningly delicious.

The cocktail range is pretty cool too. Pictured are the Jack and Rose – Applejack brandy with lemon juice, rose syrup & egg white, finished with a rosewater mist, the Lambda Largerita – keg-party in a cup of margarita & a full Coronita served oh so long and oh so cold, and the Muscle Beach Mai Tai – Pampero Blanco and Especial, lime juice, grapefruit juice, orgeat, peach bitters & a Goslings rum float. 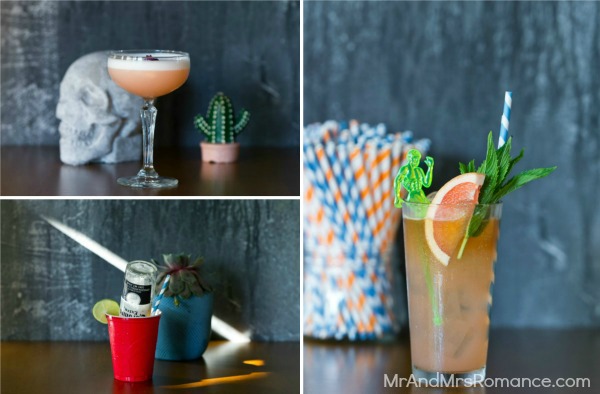 There’s also an option for a margarita though. Tommy’s Margarita has a twist of agave nectar at the end to sweeten the deal.

The Del Martini is also pretty good with Ketel One Vodka with Peach Liqueur, fresh lime, peach puree, and a dash of peach bitters.

With its free and friendly vibe, SoCal is set to be the next happy place in the north. It certainly adds more flavour to that North Shore icon The Oaks, which is just one block up the road.

But I don’t think The Oaks needs to worry – in fact the competition will probably drive business to Neutral Bay. However, I do think places like the White Hart will find the customers heading this way for something a little different. 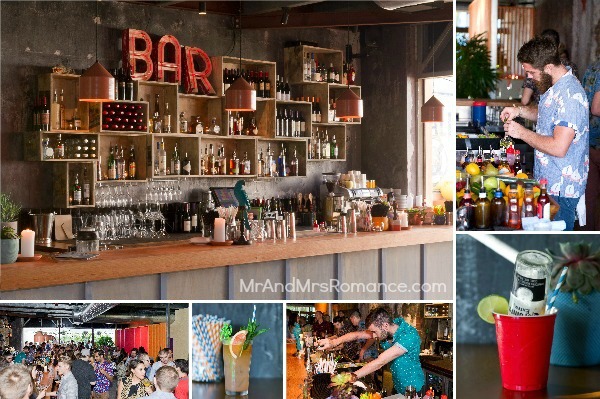 Where’s your favourite place for a bit of AmMexicana? Tell us your top taco tips in the comments below!

When we think of travel, it usually means trains, planes or automobiles, but it doesn’t have to.We’re big fans of staycations – staying in…