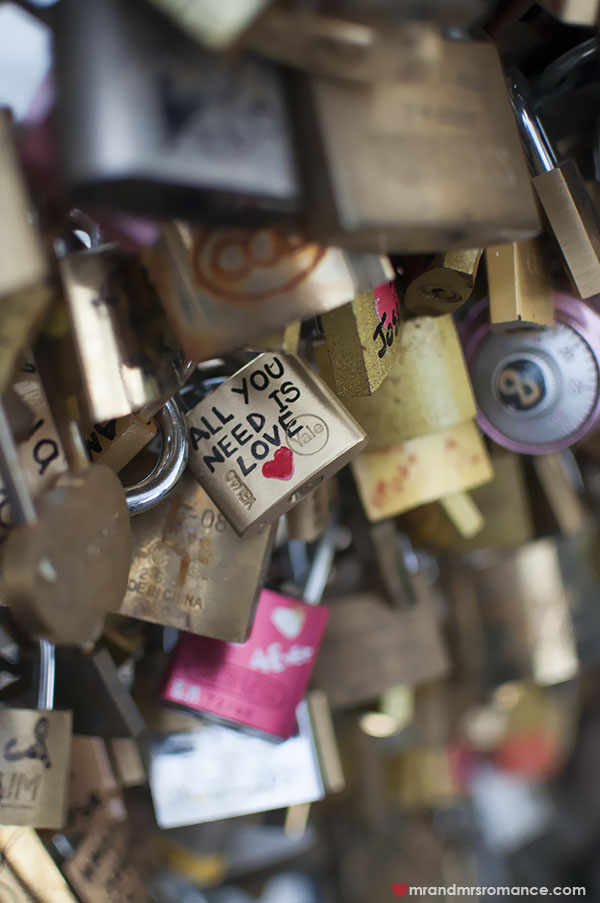 That stuff’s for girls… isn’t it?

Paris is for lovers. 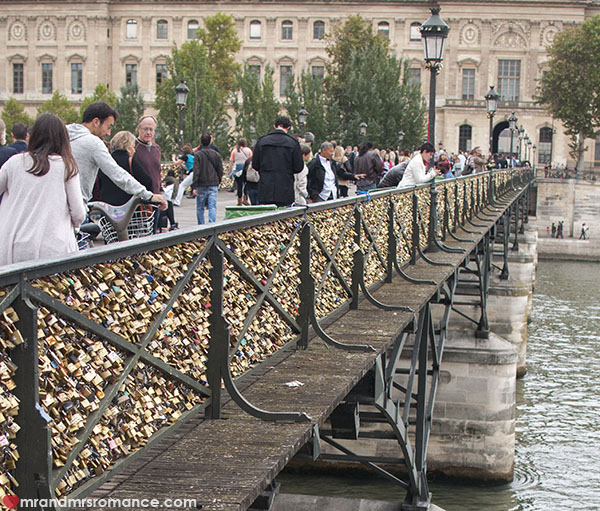 Even as Mrs Romance was explaining it to me, the idea of fixing a padlock to a Paris bridge didn’t make any sense. So you buy a lock, write your names on it, then lock it to a bridge in the middle of a city you’ve had nothing to do with until now. How does that help anyone? What does it prove?

Then we got to the bridge – the Pont des Arts. Every available space to hang a padlock had been used. The whole length of the bridge. Both sides! I guessed that it must mean that every Parisian male is a massive girly-pants sissy.

Anyway, we walked along the bridge, reading some of the messages people had written. It was nice. Maybe even romantic.

We got to the other side of the bridge and turned and looked back.

“Do you want to put a lock on the bridge?” I asked Mrs R.

And d’you know what? I did want to. I thought it was a nice sentiment. Also we probably wouldn’t be back here in Paris for a little while. Wouldn’t it be a shame if we’d come all this way and hadn’t done something as romantic as this?

Of course the thought of brownie points did cross my mind but it was mainly the romance of it that changed my mind. So we went back to the nearest padlock cowboy and bought one. He even lent us his pen, the little darling.

As Mrs R wrote our names on the lock, I realised that this really was a beautiful notion. Seeing this whole bridge full of so much love. It’s a really good place, full of positive energy.

We found a perfect spot right in the centre of the Pont des Arts. You’re supposed to throw the keys into the Seine after you’ve fixed the lock to the bridge, but I kept them. I think it’s nice to think of that lock being all the way over there in Paris and the only key to it here with us.

Stuff for girls? Yes, it is. But coming from one of the converted, I’ve got to say it’s one of the most romantic things you can do in Paris – and that’s saying something! 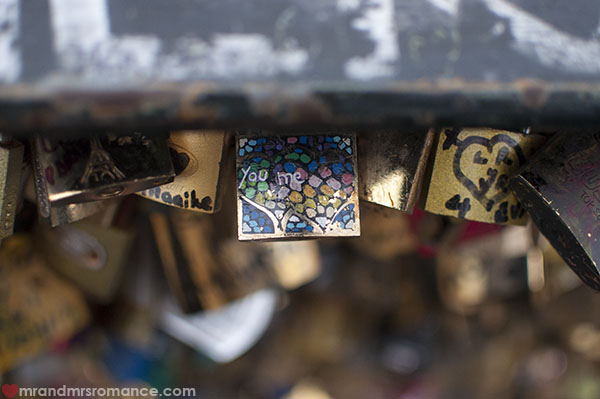 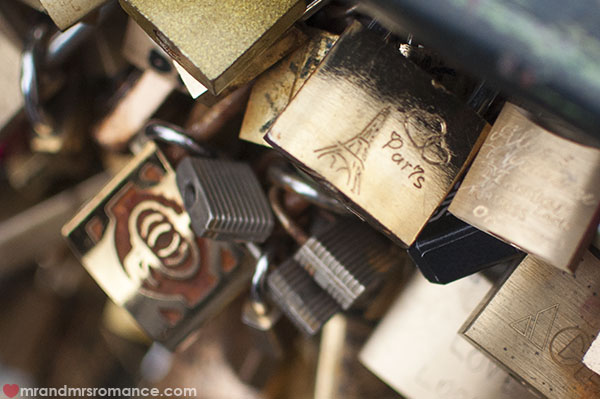 I remember walking past the Pont des Arts last year when I was exploring Paris at dawn but I didn’t have a chance to get back there with Mr Romance during our trip. This time I really wanted to go back with him.

We spotted the bridge from the top of the open top bus tour we were on and as we returned on the other side of the Seine, I suggested we hop off and take a closer look.

We walked up and down looking at all the different types of locks. There are locks of every colour and shape. Some are engraved, others blank. Others hastily scrawled with a marker pen on the side. Everyone on the bridge is smiling and happy, and you can’t help but feel the romance in the air.

I wasn’t sure if Mr R would be keen to add a lock to the bridge. I thought he would think it was cheesy. As in a way, it is.

But the romantic in him came out when he said we should add our names to the bridge too. I beamed.

We bought a lock from a seller on the bridge (tip: if you’re planning on adding a lock to the bridge, visit your local hardware store first as the locks will be much cheaper!). We wrote names on the lock in marker pen and then had to choose a spot to place it. I think it’s placed almost dead centre, looking towards Ile de la Cite.

We left the bridge hand in hand and went off to explore more of Paris.

I wonder if we’ll get back there and find it again. I’ve heard they remove whole sections of the bridge and the locks on them to make room for more, but let’s just pretend it’s still there. 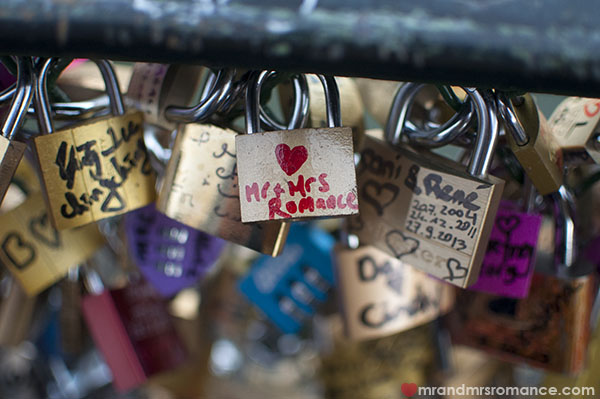 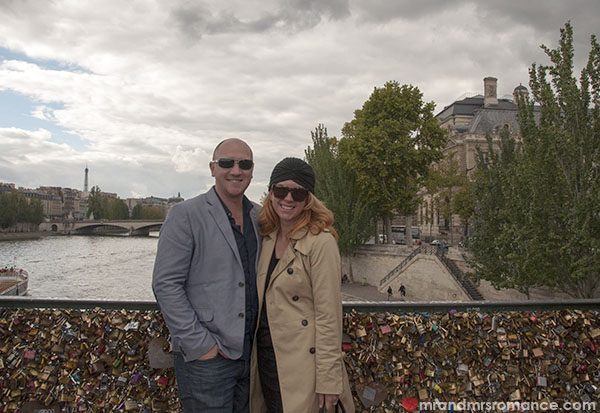 Malaysia and Thailand get romantic

And we’re off! Finally the day of departure has come and we’ve winged our way to South East Asia at last. It’s been an…