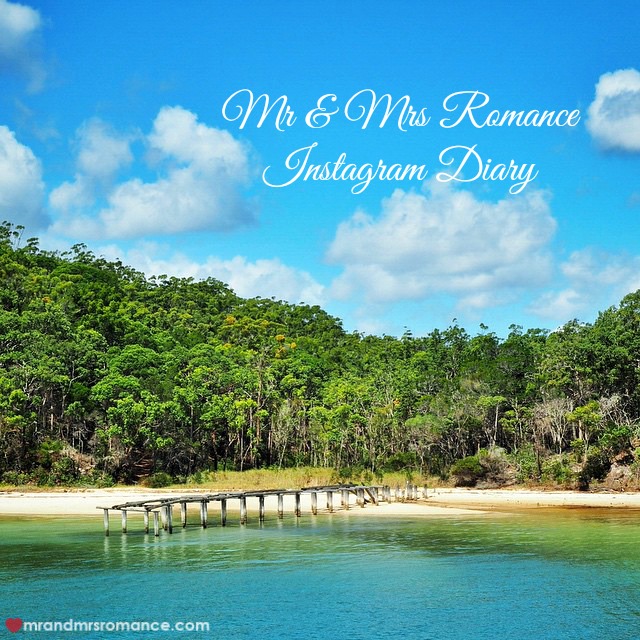 It’s funny, I thought I’d come to terms with Mrs Romance’s trip to Fraser Island last weekend. My envy readings had dropped to acceptable levels and she was allowed once again to mention things like ‘sand island’ and ‘four-wheel-driving’ and ‘jetskiing’ without me interrupting her with the sound of grinding teeth.

Kingfisher Bay – quite literally Fraser Island’s first port of call – is where you get off the ferry from the mainland.

Envy levels are now back up in the red. 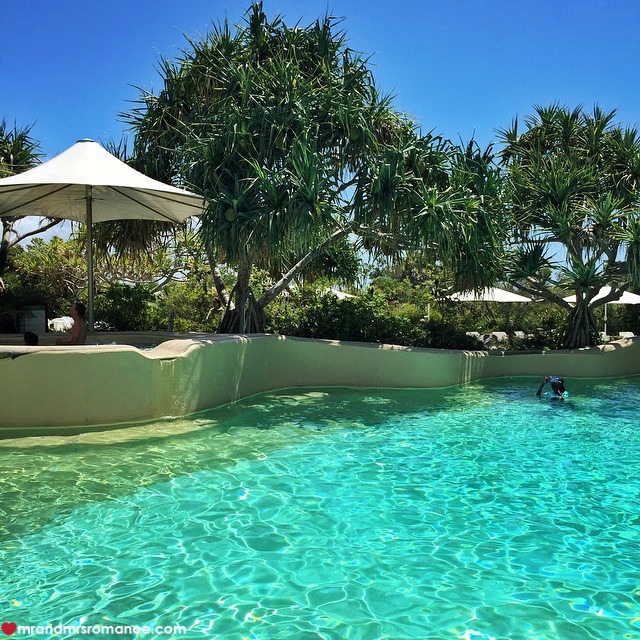 The fun continues today as Mrs R enjoys showing me how the Kingfisher Bay Resort’s main pool was looking over the weekend. Thanks, Mrs R. You can stop now! 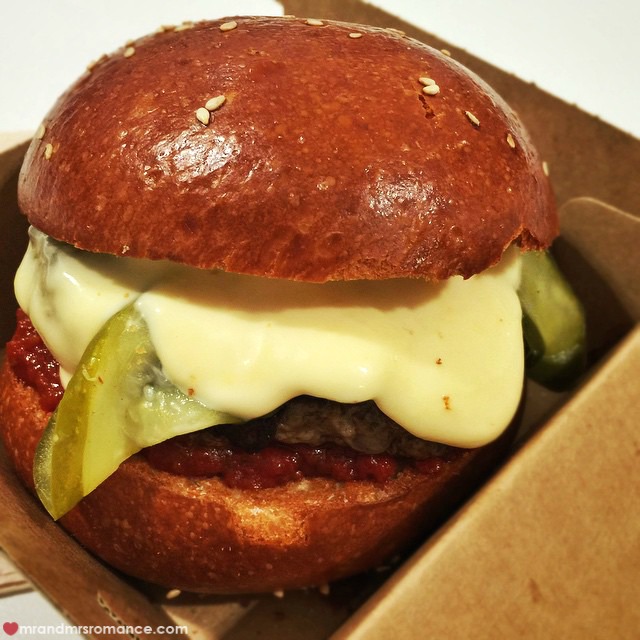 I try my best to eat my jealous emotions today. This lunchtime I’ve decided to give Chur Burger another go. I’ve been to the one in Surry Hills – the original venue – a few times and have really fallen out of love with it. It’s such a shame because the story behind the brand is great: a hatted chef, tired of the costs, effort and bullshit that running a haut cuisine restaurant shuts his doors and re-opens them to a completely different audience

It’s just the burgers don’t do it for me. And the service in the Surry Hills branch does my head in.

Anyway, their latest efforts – a Chur Burger Express kiosk – has opened in Wintergarden, a foodcourt in the middle of the city. But the burger situation is the same if not worse than the original. That’s not cheese you see on the burger. It’s a mayonnaise/ranch sauce. And there’s more sauce on the bottom of the bun. The burger itself is totally overwhelmed by the sauce (not such a bad thing ‘cos it’s not the best patty either) and the truly delicious bun’s ruined too.

Rant over. Thanks for bearing with me! 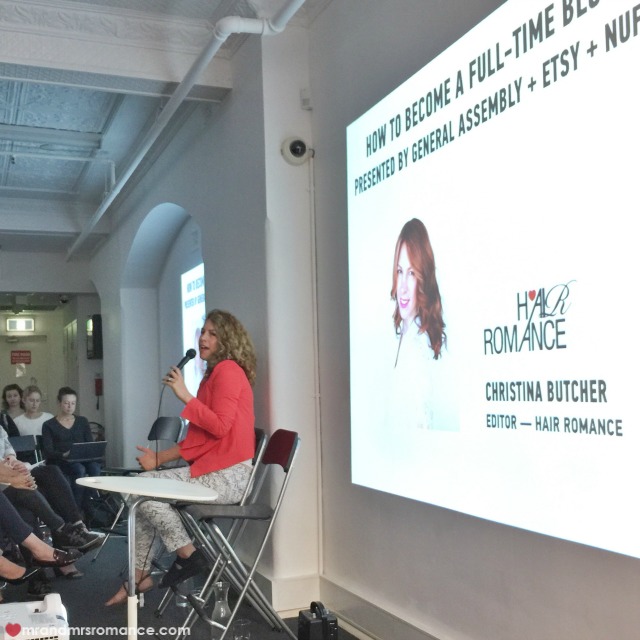 Tonight, Mrs Romance is taking to the stage again. This is the second in a 2-session talk on becoming a full-time blogger – the first one was last Friday.

General Assembly are hosting this event where Mrs R and Jean from HolySmithereens.com are joined by NuffNang and Etsy representatives to talk about the blogging industry. It’s a sell-out event (though tickets were free) and a huge success. Mrs R is excellent, eloquent and entertaining as usual. This is all good practice for her for the coming Little Blog Big workshop she’s doing later in the week. 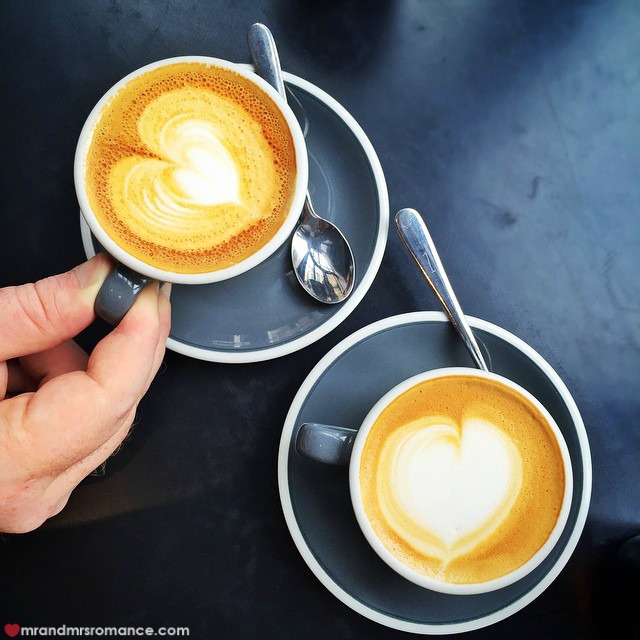 It’s meeting time again for Romance Media. Mrs R and I are at our local – the Paramount Coffee Project – planning out how this week’s going to work. I’m not too busy but Mrs Romance is going to have such a hectic time, I just hope we both survive it! 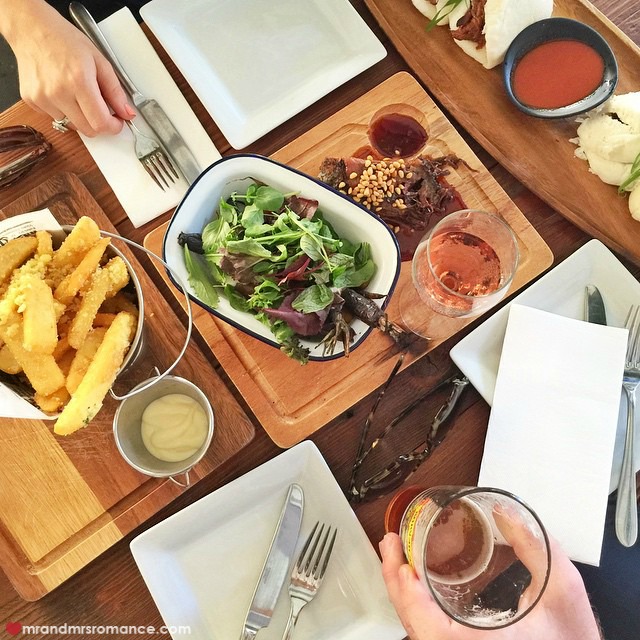 As things come to the business end of the week, it’s time to take heart and enjoy the good bits more. We’re both really excited to have Sonia from SoniaStyling.com with us here in Sydney for a couple of days. It’s great to catch up with her – it’s been way too long between wines.

She and Mrs R manage to find me in the city for a bit of lunch and a very much needed beer soother. The food at Customs House Bar is once again very well-received – meaning I’ve eaten too much – but this has been the best lunch I’ve had in ages. 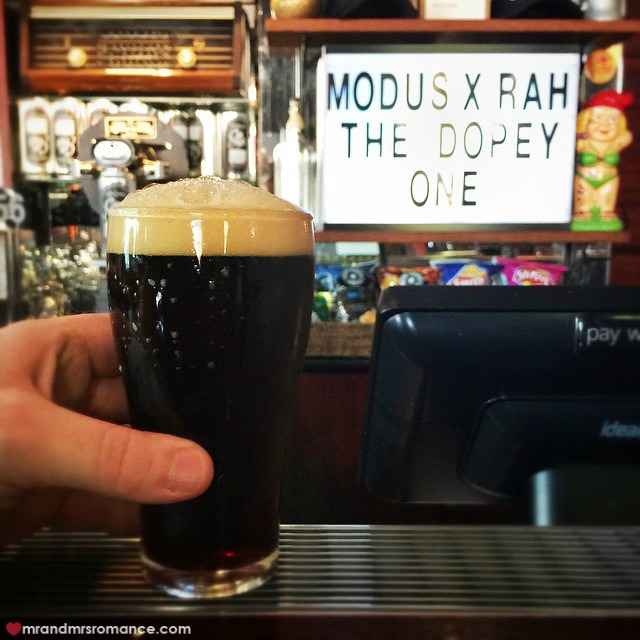 Finally, it’s beer O’ clock. I’ve managed to persuade Mrs R and Sonia to come with me to the best pub in the world (didn’t take much arm-twisting, I must say). The Royal Albert Hotel has made its own beer.

With the help of Mona Vale based brewery Modus Operandi, they’ve created The Dopey One American Brown Ale.

This black beast is not much like your average brown though. We’re talking chocolate overload, a delicious coconut presence and a secret biscuit flavour that Mrs R is convinced is Tiny Teddies. Now she can’t stop talking about them. There’s also an amazing raspberry hint at the end of the mouthful, which I love.

The Royal Albert has only made 8 kegs of the Dopey One at this stage, so get moving the corner of Commonwealth and Reservoir St in Surry Hills before it runs out. And be warned, I think I’ve drunk about a keg myself so far! 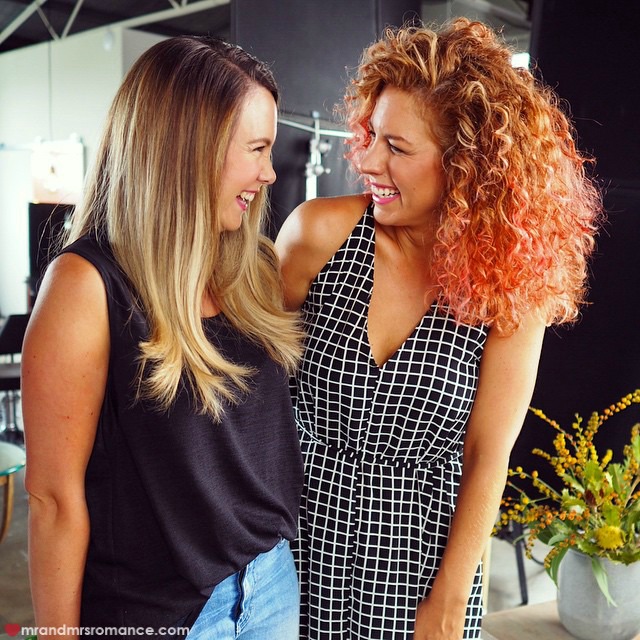 Here’s the real reason Sonia’s up from Adelaide (I initially thought it was just to see me, but no) – she’s in Sydney for a Schwarzkopf campaign. Looking good, girls! 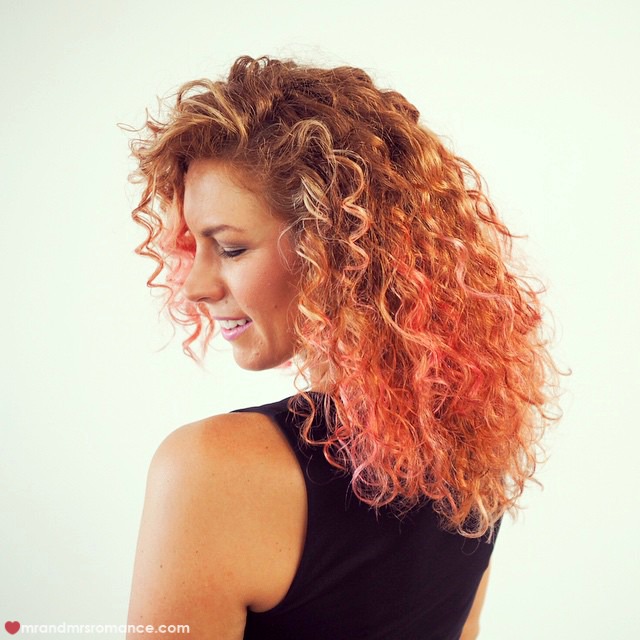 So Mrs R has gone pink. Again. That’s right: again. Reminds me of when we first met – though her hair was a bit shorter then; check it out.

I love it when Mrs R has pink hair. It really does take me back to those early days when we started going out. 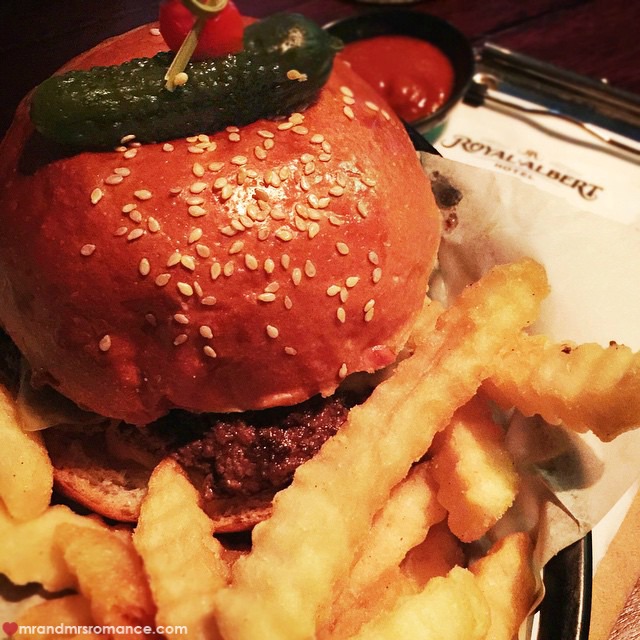 I’m back the Royal Albert Hotel tonight with a few mates. I feel duty bound to visit this pub regularly so I can do a maintenance check on their burgers. After all, I have vouched for these beasts in a bun, recommending them as the best burgers in Australia (2nd best in the world) in our Top 10 Burgers of All Time list.

I have some good news for you: the Royale with Cheese is still superb!

I’ll be back soon for another spot check, lads, so stay on your toes! 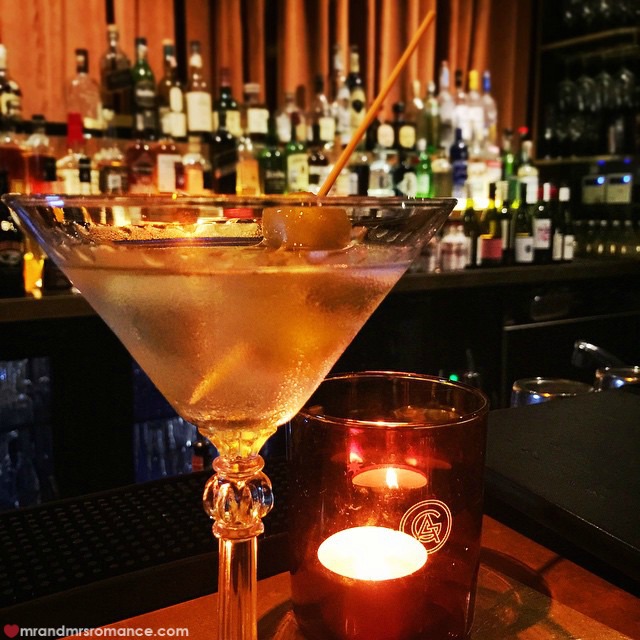 My mate Anton and I have decided to swank things up a bit and have left the earthy recesses of the Albert to ensconce ourselves at the bar of the Golden Age for martinis.

I must say this is a belter of a martini – the barman really listens when you ask for it dry.

Ordinarily Mrs R and I use this bar as a precursor to seeing a film here, so it’s nice to spend a bit of time taking in the bar itself. What a great speakeasy venue this is. Highly recommended. 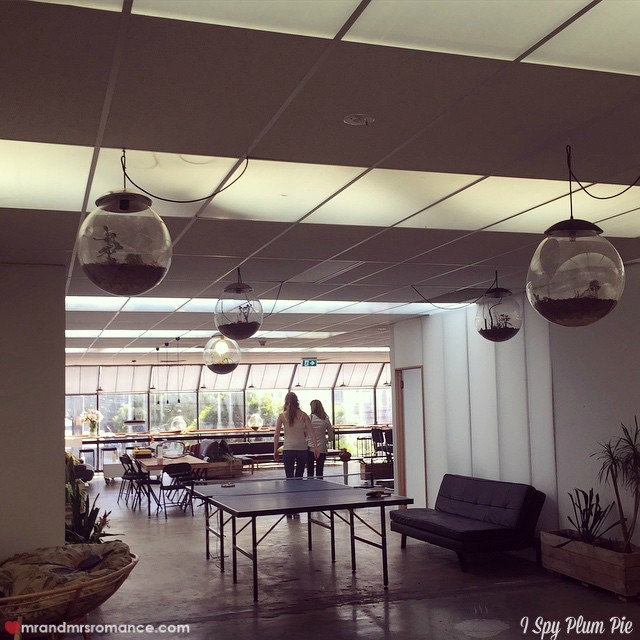 Mrs Romance and Carly from Smaggle are busy busy busy today. It’s their first Little Blog Big workshop down in Melbourne. The venue they’ve found is incredible – so much light and space.

I’ve got a feeling this is going to be a roaring success. Get ready, LBB students: you’re about to be inspired!

Thank you, Liz from ISpyPlumPie.com for the IG photo! 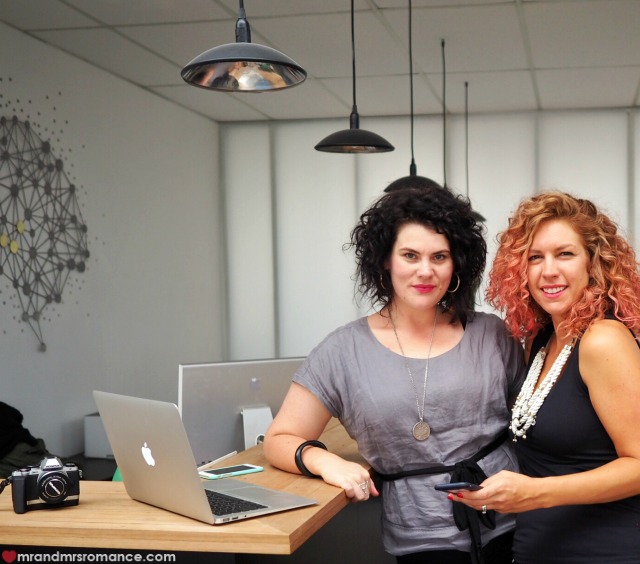 The stars of the show, Mrs R and Smaggle looking like they’re ready to take on the world! 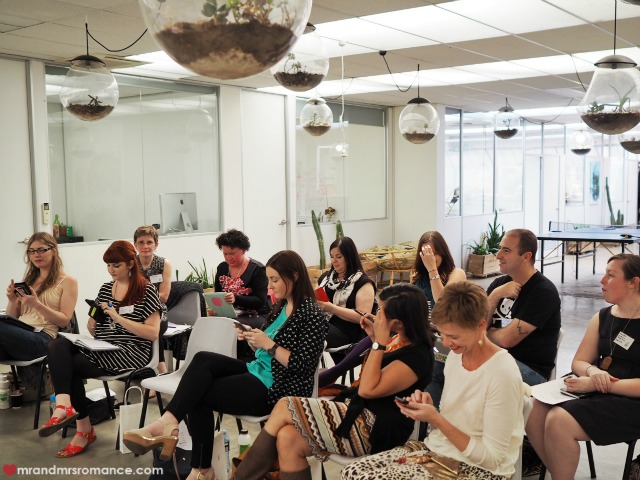 The Little Blog Big workshop is going well. Speaking to Mrs R about it, she’s very excited about the next workshop happening in Sydney next month (Saturday 18th April). I think it’s going to be a huge success. 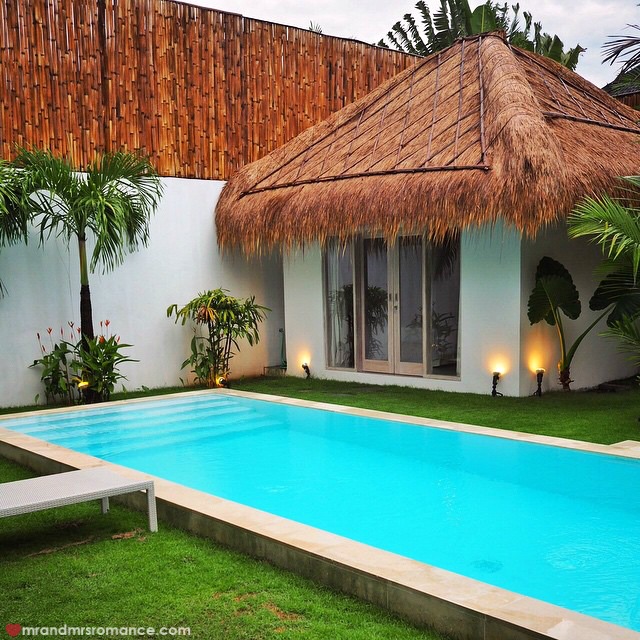 And after all her hard work recently, Mrs Romance has finally got some time to relax. She’s now in Seminyak in Bali. But don’t worry, she’s in good company – she’s on a world-beating ladies’ week away with the notorious Smaggle, Secret Bloggers’ Business and BombshellBaySwimwear. Their hashtag on social media just about sums up this trip: #BossLadiesDoBali

You can’t argue with that, can you?

How’s your week been? Anything fun, sad, juicy or weird you want to talk about? Tell us in the comments!

Only 2 and a half hours north of Sydney, Port Stephens is an easy destination for people wanting to get away from the quick…