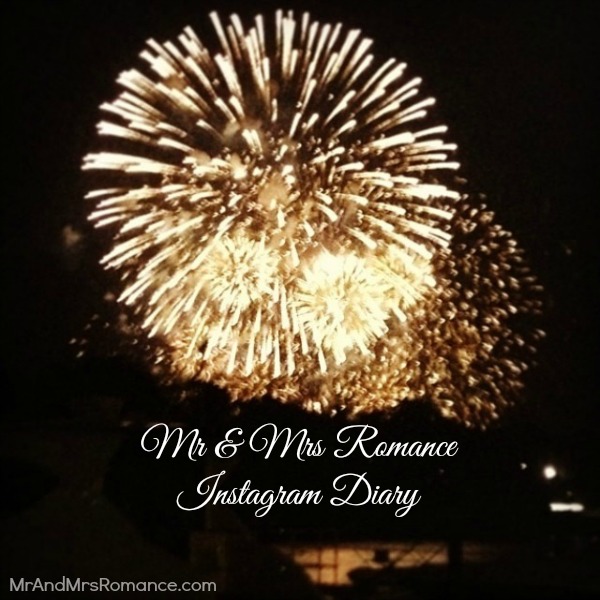 As my sister says to me each birthday, who’d have thought we’d make it this far! I know for a lot of people, 2013 was a rough year. We both hope 2014 is a much better year for you.

Our 2013 was pretty good. Lots of travel, MrAndMrsRomance.com going well, both of us enjoying our work more and more… it’s a lot to hope for, but we’ve got a feeling this year’s going to be even better. 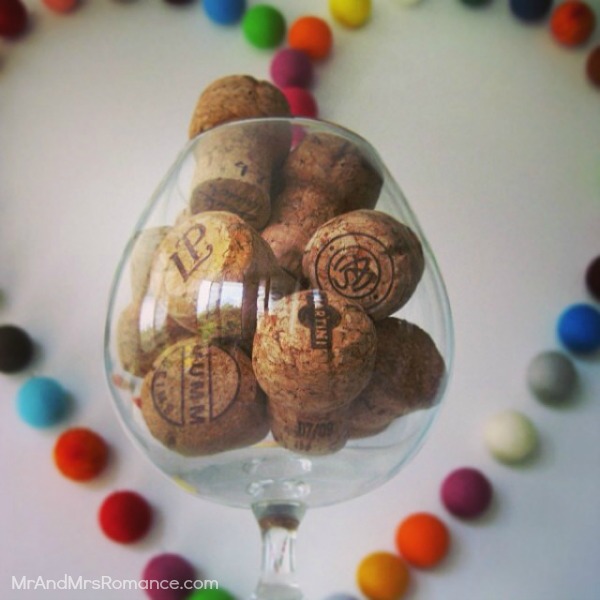 Every New Year’s Eve needs a bit of bubbly. We have a run-down of the best champagne and cuvee around – as prescribed by our canonised compadres the Wine Saints. We also talk about some of the champagne traditions we like to follow – like keeping champagne corks from special occasions.

Here’s our post on celebrating with our favourite champagnes. 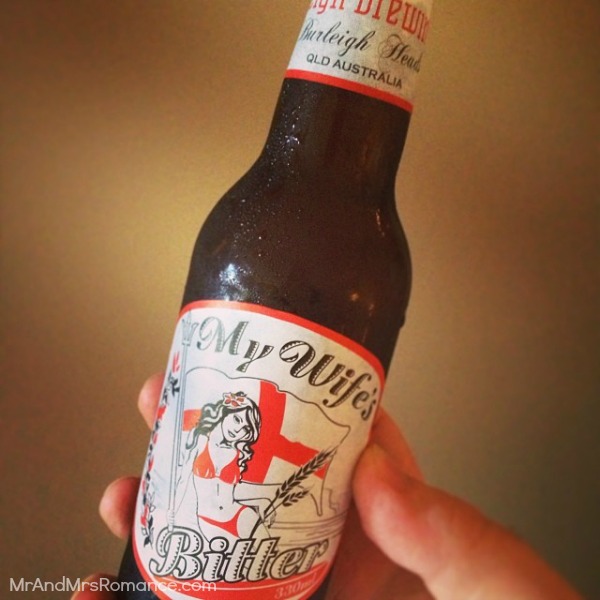 I’ve brought one of my new favourite beers to New Year’s Eve this year. I’ve been saving this for ages. It’s a traditional English beer called My Wife’s Bitter (love the name) from the Burleigh Brewing Company on the Gold Coast. It’s an excellent drop and I’m glad I’ve saved it rather than just guzzling it down without appreciating it. 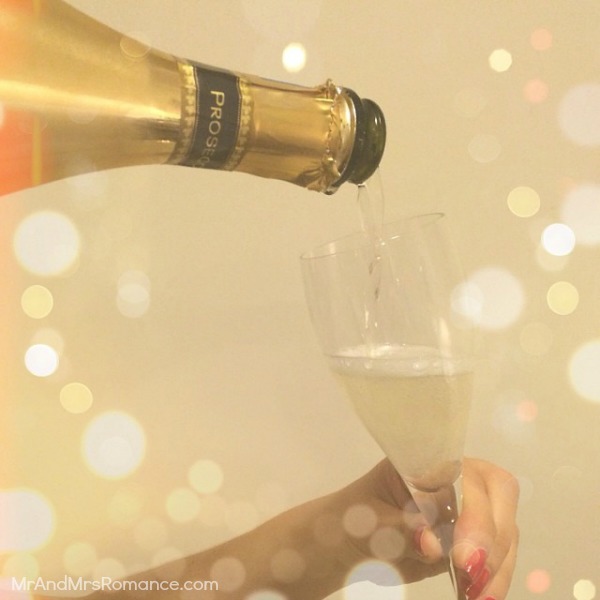 We’re spending New Year’s Eve with a couple of friends we don’t usually get time to hang out with much. They live in Melbourne. It’s a pretty low-key NYE this time, which is fine by me. I’ve never really understood the big hype around this night. I understand it’s a significant date, but to go quite so crazy doesn’t really make sense to me.

In fact, Mrs Romance and I have written a He Said, She Said on the NYE hype. Perhaps you’d like to read it!

Anyway, we see the new year in with our chums Julia and James over a game of Balderdash and a delicious bottle of prosecco from our friends Angelica and Scott at Direct Wine Cellars. It’s not just a fancy bottle – this stuff’s a really good drop. 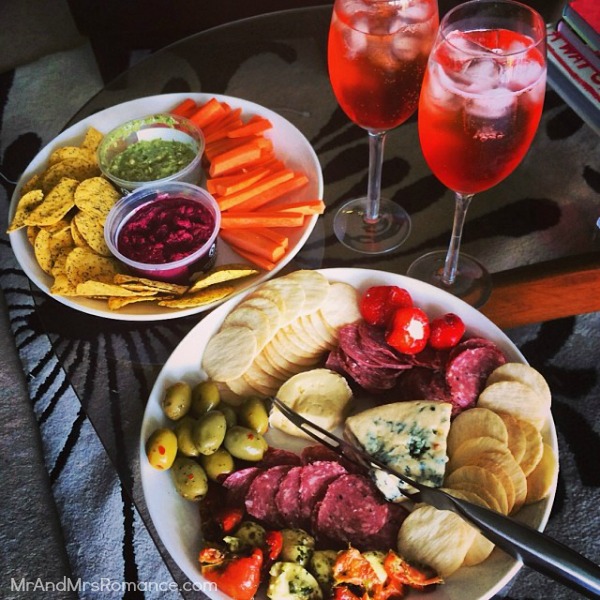 We took a huge amount of food to New Year’s Eve last night. So much so that Julia and James sent us off with most of the left-overs! And they’re hardly dog scraps – we enjoy a New Year’s Day lunch of chips, dips, salami, blue cheese and triple cream brie, chilli olives, stuffed bell peppers and of course a glass of spritz Aperol! 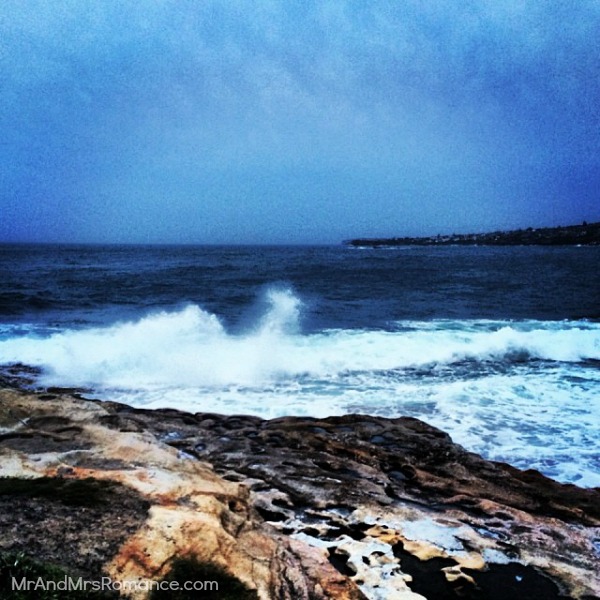 After lunch we head to Clovelly to the Cloey Hotel. We’re meeting up with some friends for a New Year’s Day brink and debrief. One of our mates had a very ordinary NYE, poor girl. Hopefully this year’s awesomeness will make up for it.

We pop down to the water before we head home. It’s quite a view from here. 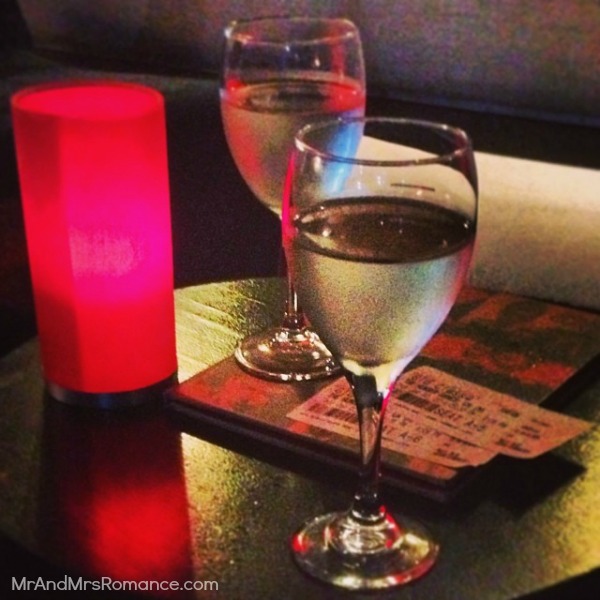 After work today, we head out on a date night. We’ve got Gold Class movie tickets to use, so we head to George Street to check out the latest Hunger Games movie. I love Gold Class. You are served food and drink at your seat, which reclines, and because it’s expensive, everyone in there has a vested interest in staying quiet and enjoying the film.

It’s cleared up why I don’t usually enjoy going to the normal cinema that much! We really enjoy the film and each other’s company. I think we’ll keep up these date nights. They’re fun! 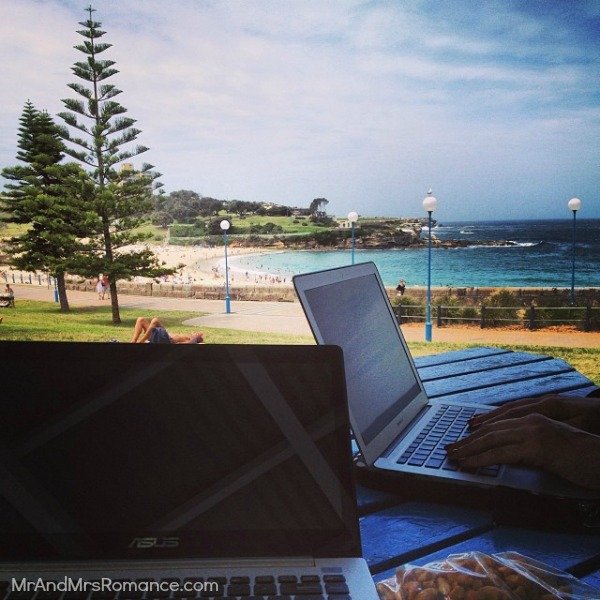 It’s a lovely day today, so we head to the beach. Mrs R has worked at Coogee a few times before and knows which seats are the best. We score a rockstar park then these excellent seats too! We should buy a lottery ticket!

It’s probably the best working environment I’ve ever had – even with a little man sunbathing on the top of my laptop screen! 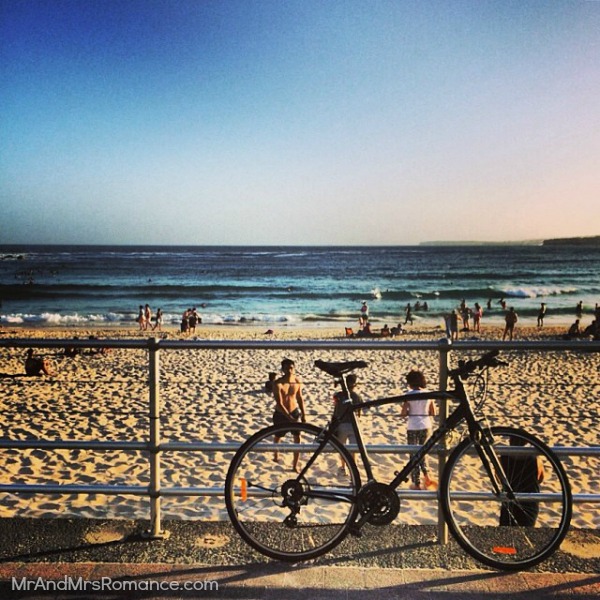 Early evening at the beach is one of my favourite times in the summer. The crowds are thinning out, the shadows in the sand from people’s footprints look beautiful and the intense heat of the day is fading to a cosy glow from the setting sun. 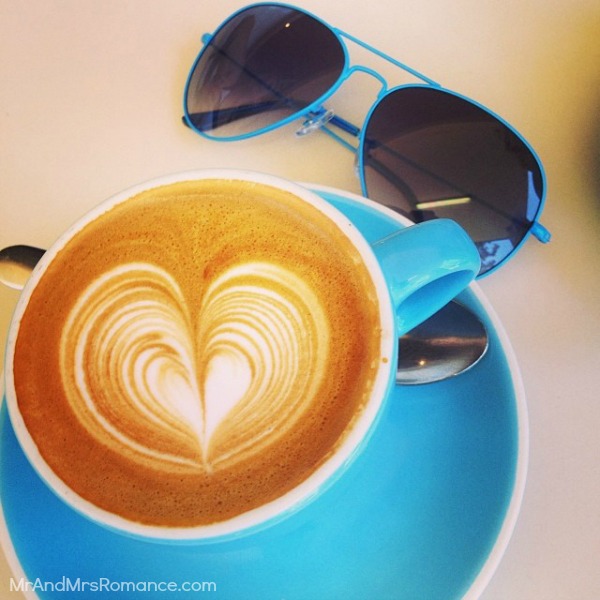 We have Mrs Romance’s sister’s car while she’s away, so we drive up to Lane Cove to catch up with friends and their little boy. The coffee at Story is good – even when they’re starting to close up – and the cups and saucers match my sunnies. Everything is right in the world!

Hotel X Marks The Spot – where to stay in Brisbane

Close to the riverside edge of Fortitude Valley, Hotel X is the sweet-spot of where to stay in Brisbane City. Here’s what to expect…