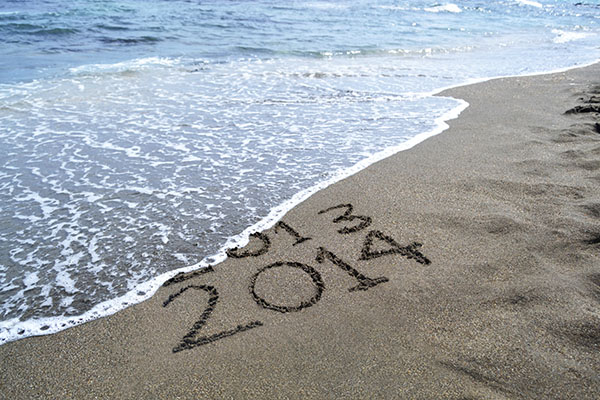 I have no idea what everyone gets so frantic about. No one gets that excited when it’s my birthday! 😉

It’s a symbol of a fresh start, like a yearly reset button.

Apart from a very few, New Year’s Eve parties I’ve been to have been so over-hyped, I’ve just wanted to be anywhere else and at any other day in the calendar… apart from end of financial year of course. Horrible.

Clubs charge you a fortune to queue up at understaffed oversubscribed bars and then charge you an arm, a leg and small part of your soul for a drink.

Restaurants make you order a set menu of average food and also take limbs and life force as payment. Then – unless you’ve booked carefully – they kick you off your table at 9.30 for the next sitting.

Even house parties can be a bit rubbish by comparison to what they usually are.

And then there’s getting home… unless it’s your house party, of course! Where do all the taxis suddenly go? Even with Uber – a brilliant car service – it’s hard.

I suppose the best way to illustrate my point is in anecdotal form. So here are some of the New Year’s Eve disaster stories.

1995 – Paid a fortune to get into a (terrible) club in the UK with six friends. At the end of the night, we couldn’t get a taxi. We decided we should find cover for the night. I slept in a phone box, another mate slept on top of a junction box. About two hours later, a friend drove past out of the blue and gave us all a lift. Ten people in a hatchback. It was interesting.

1996 – A pub called the Horse and Groom in England (we nicknamed it the ‘Doom and Gloom’) with my mates… and my parents. My best mate disappeared as he’d drunk a pint of off cider, puked in the beer garden and was in bed by 9.30.

2006 – A pub night in Sydney listening to a few bands almost turned into a brawl. The bands were all appalling, then a friend of a friend decided to roll by. Literally. He was incredibly drunk. He started making nasty comments about my friend (she’d done nothing to deserve it) and I explained to him with very little diplomacy that he should stop. It ended up being a miserable night.

The list goes on and on. It’s shambolic. And every year we make promises that it’ll be different next year and that we’ll plan it better and do this and that. Never happens. And we end up trying to make plans on the 30th in a weird panic.

However, the New Year’s Eve parties I’ve enjoyed have been brilliant.

2001 – my first NYE with Mrs Romance. An illegal rave in Coffs Harbour. Awesome!

2008 – the first time my parents came to Sydney for Christmas and New Year’s Eve – a picnic in Balmain. I’ll never forget it.

2010 – a house party at our place which culminated in hangovers so epic, 1st January 2011 had Mrs R, my best mate and me laid out on an airbed in the front room watching back-to-back episodes of The Mighty Boosh and drinking endless fizzy Ribinas.

I don’t mean to be a killjoy here. I’m just realistic and I remember how bad a bad NYE party can be.

Yes, it’s just another night, like any night of the year but somehow it feels like more.

The pressure to have a good night on NYE is high. I’ve had some awesome NYEs and a couple of pretty average ones too. The good news is it doesn’t have any effect on the year ahead at all.

A beautiful friend of mine had a not so beautiful NYE and she was feeling really down about it. As we talked about it, I told her that it was a reminder of all the things that she was leaving behind in 2013. The bad night out was really a perfect sign of all the things she didn’t want anymore, and it inspired her to make different choices about what she wants for 2014.

That’s the beauty of New Year’s Eve. It’s like a giant reset button on anything bad. It’s permission to leave it all behind and choose your own adventure for the coming year.

I love the excitement of the countdown to midnight. I make sure to count down from 10 seconds to midnight out loud every year. It’s a mandatory part of NYE.

2013 was a pretty amazing year for me. At times it felt really challenging, and it was tiring, but that’s only because I was trying to fit so much in. I’m so excited for 2014 to really gain focus. I’m still open to saying yes to things that scare me.

I know Mr R would rather ignore NYE but I love to celebrate them because, like birthdays, they’re a time marker that lets you restart with a clean slate.

Are you a fan of New Year’s Eve parties? What’s your best NYE been?