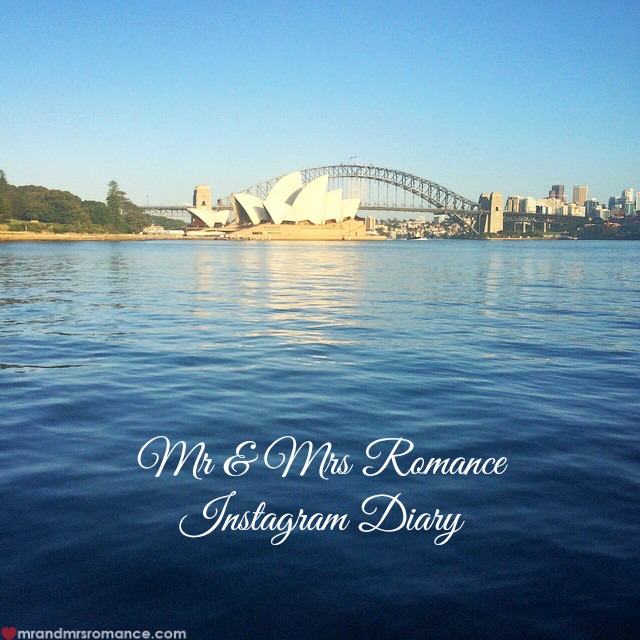 Finally, we’re getting back into our apartment this week. It’s been almost three months since we’ve spent a night in our own bed. For the most part, it hasn’t felt like that long, but now it comes to it, we’re really looking forward to sleeping at home again. And with the long weekend coming, we’re looking forward to spending even more time at home settling back in.

We’d both just like to say thank you so much for all your kind words last week. We’re still so sad about losing Mrs Romance’s aunt recently, but your support has really meant a lot to us. 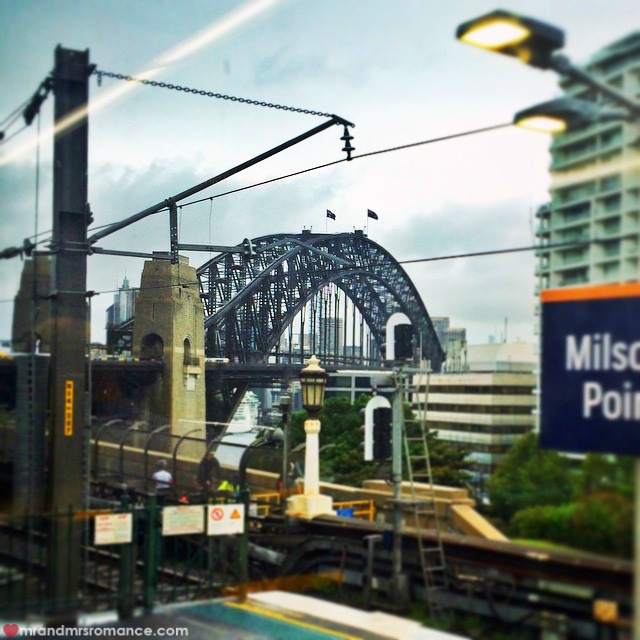 It’s my last day of commuting into the city from Mrs Romance’s mum’s place. Believe it or not, it’s been good staying with the in-laws. If nothing else, it’s taught me self-preservation! 😉 Just kidding, Jeanette!

In a way, I’ll miss the train ride into work. I don’t get much time to read ordinarily and the views out of the train window can be pretty good. 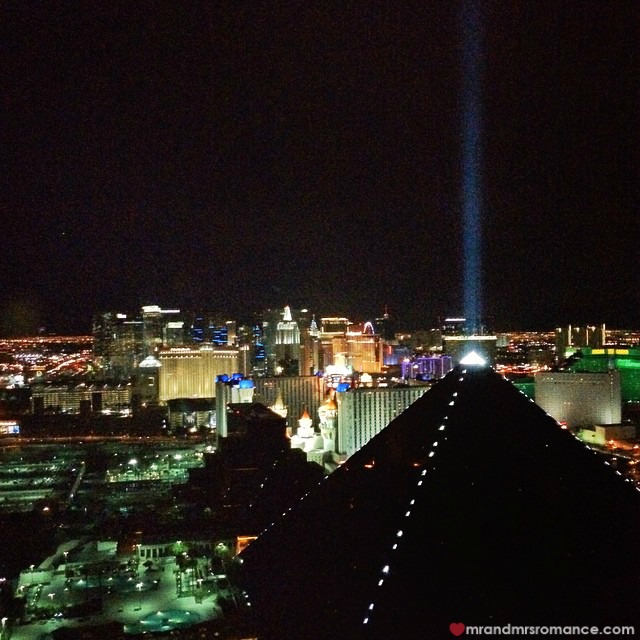 We’re thinking about our time in Las Vegas today. In particular our magnificent hotel there. This was the view from our suite north over the Strip. Incredible, isn’t it?

Well, here’s our review of the Delano in all its beautiful luxury. 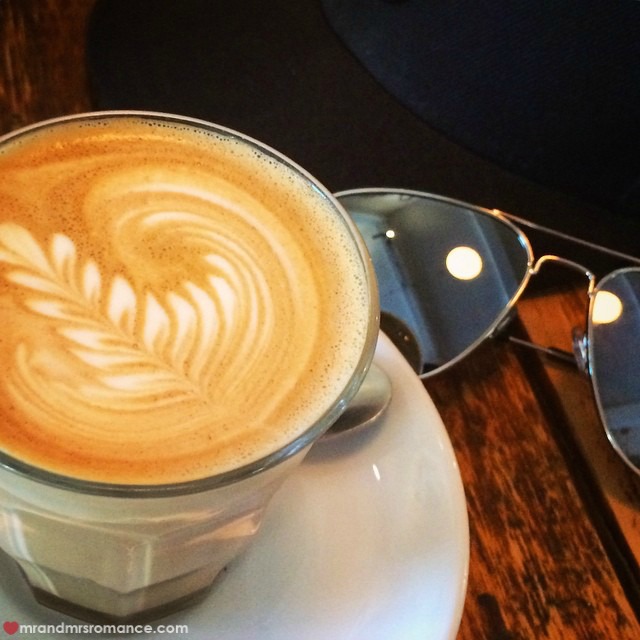 It’s brunch time and meeting time here at Romance HQ. Mrs R and I are in Have 2 Cafe. It used to be called Robocog and is on Riley Street in Surry Hills. It was really good as Robocog but while we were away, there were some issues with one of the owners. She ended up leaving and taking the barista with her, and basically leaving the rest of them up the proverbial creek.

Anyway, we’re really happy to say that Have 2 Cafe is even better than Robocob was. The coffee’s definitely getting there but the food’s superb. My quinoa and smoky chicken burrito is awesome. 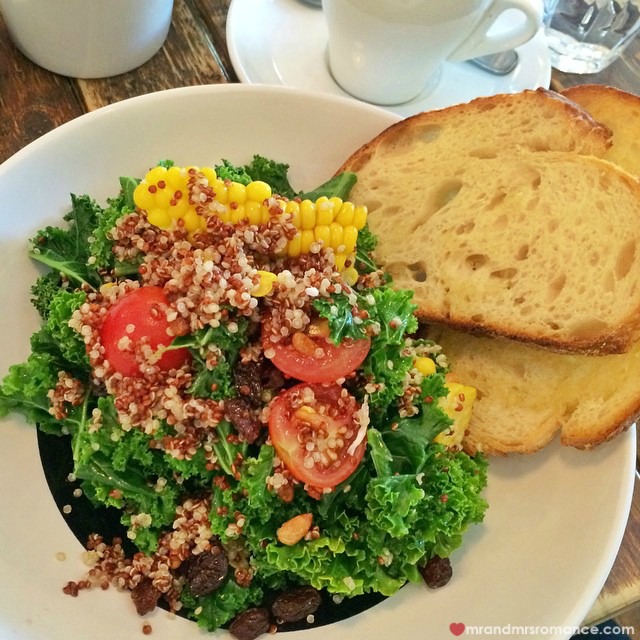 Meanwhile, Mrs R’s mixed quinoa, kale and corn salad kept her happy and full for quite some time! 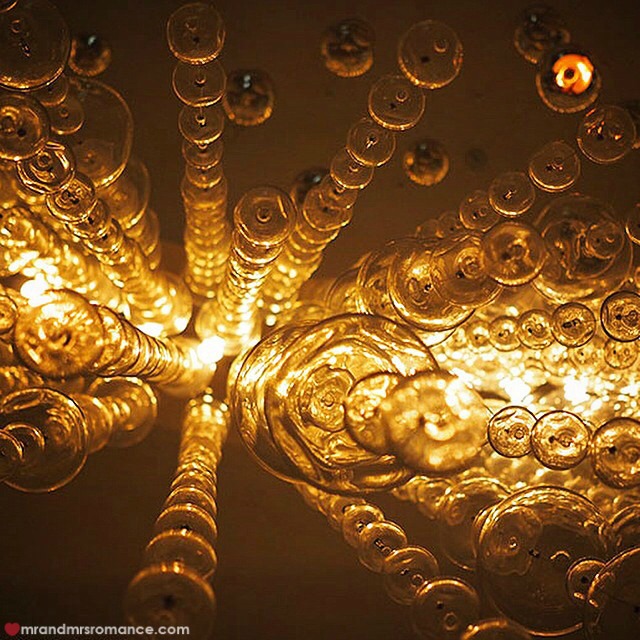 Today our minds are back in Las Vegas again. But this time our thoughts are more focused on our favourite meal we had there. miX at Delano is an incredible restaurant. The food’s spectacular, it’s beautifully styled and the views out over Vegas are second to none. It even comes with its own celebrity chef, Alain Ducasse.

Here’s our review of miX for all the delicious details. 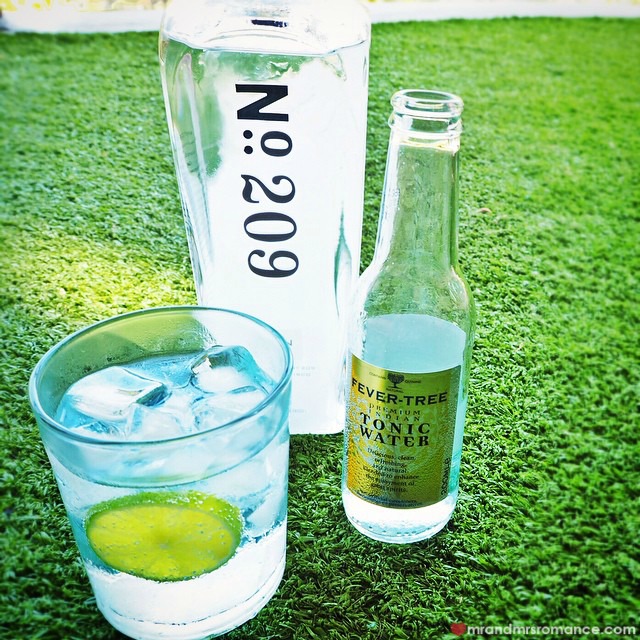 It’s a bloody scorcher today. Incredibly hot. And especially as we missed out on all the build-up to this summer, the heat’s still catching us out a bit. The best way we’ve found to counteracting the feeling of being boiled is to drink! Thankfully, we brought back some gin from the States to try out, so it’s not only a refreshing exercise, it’s an interesting one too.

We’re also testing out this new tonic from Fever-Tree. Originally an English company but now in Australia, the tonics and other soft drinks Fever-Tree make are really good.

The gin we’ve brought back – No. 209 Distillery from San Francisco – goes beautifully with Fever-Tree’s award-winning Indian tonic water. Well worth a try, I must say! 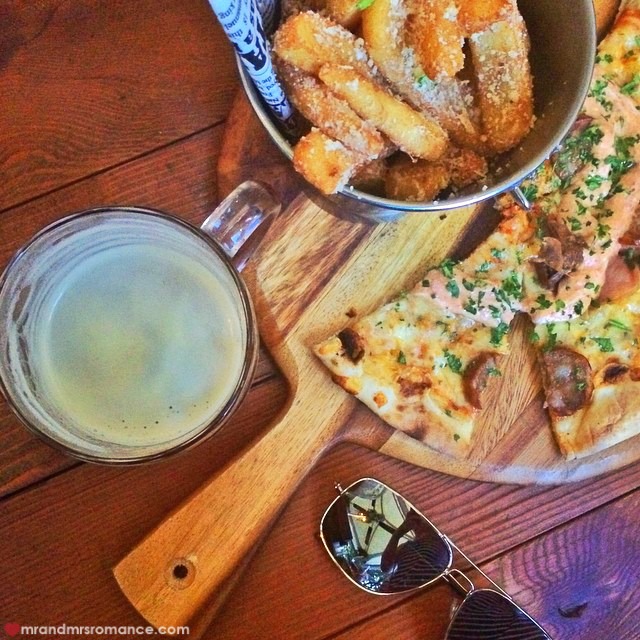 Tonight we’re out with some friends we haven’t been out with for years. It’s awesome to catch up with them all. It’s really like good old times.

We’re in Customs House Bar in the CBD. This place is not to be confused with Customs House at Circular Quay. The bar out front there is called Quay Bar. No, this is on Bridge Street right in front of Macquarie Place Park.

The beer and food menus they have here are a big draw card, but the beer garden – with ample seating mind you – brings people her in their droves. If you want a bit more information about Customs House Bar, here’s our review. 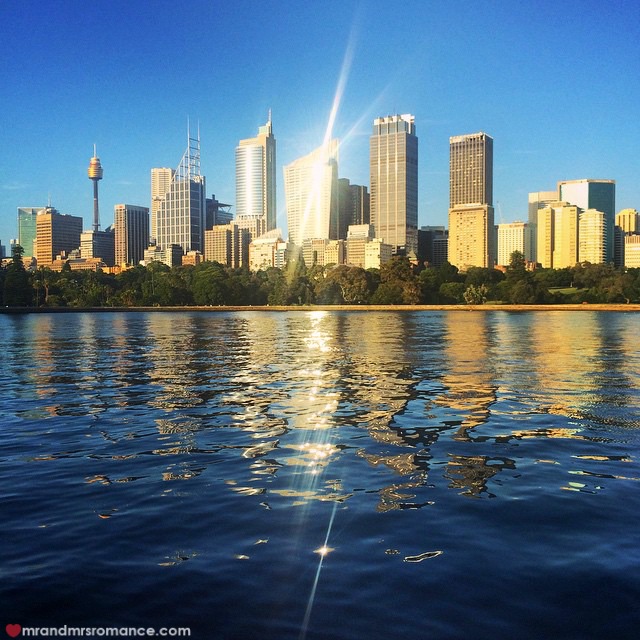 Mrs R’s up to her usual trick of getting up at a revoltingly early time and running down to the Harbour. It’s paid off this morning though with a beautiful sunrise and a sparkling city. You can’t get much better than that, can you? 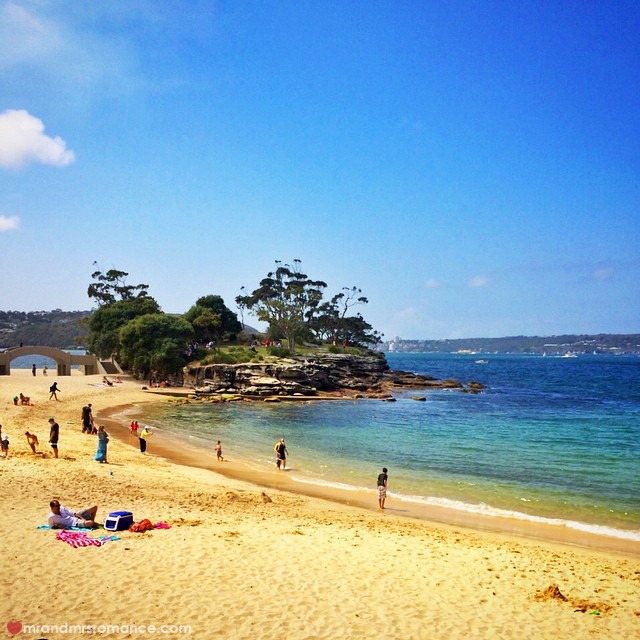 We’re thinking about our plans for Australia Day today. There’s always so much going on in Australia for our national day, it’s sometimes a bit overwhelming. Here’s what we’ve come up with if you’re still not sure what to do for Aussie Day.

Still, I don’t think you can really go past a day at the beach if it’s a nice day. 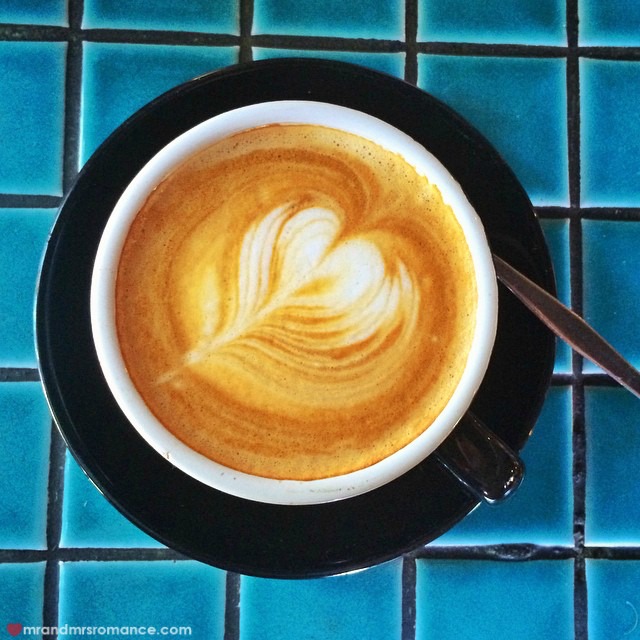 It’s another beautiful morning here in Sydney. We’re with our lovely friend Jess, who’s taken us to brunch in one of her favourite spots – Vicinity Dining in Alexandria. The coffee’s a little cool, but the flavour and texture’s there, so I can’t really complain. And it sure does look perdy! 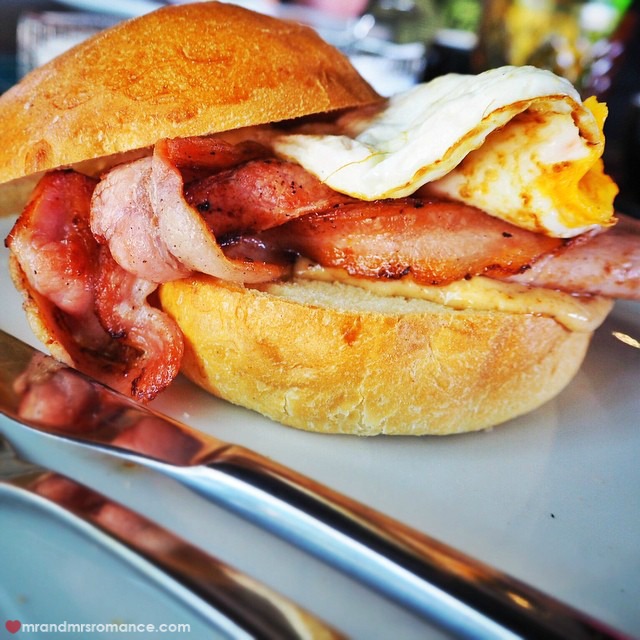 But the food here at Vicinity is on another level. I don’t think ‘bacon and egg roll‘ is a very fair description of my choice from the breakfast menu. Piles of Canadian maple back bacon, two beautifully cooked eggs, smoky aoli in a brioche bun… that’s something a bit more than just a bacon and egg roll, isn’t it?

Mind you, the brioche was a bit dry and crumbly. I’d have liked it to be a bit softer and tenderer. I still ate the whole thing in about 3 minutes though! 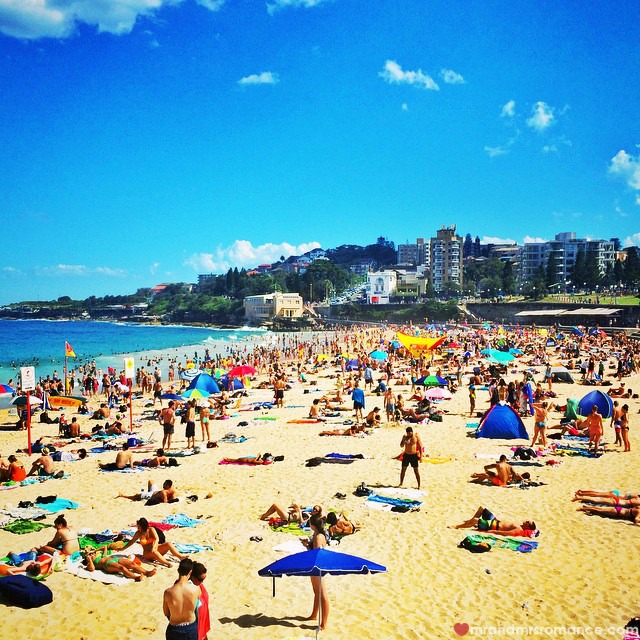 This afternoon, we’re in Coogee catching up with more friends. It’s bloody mayhem here. I can see why. The new Merivale venue the Coogee Pavilion is almost complete now. The place is rammed, but then so’s everywhere here.

I suppose the beach really is the best place to be when it’s boiling hot out. Like I said earlier, you can’t really go past being on the water if it’s nice out. But what if it’s not? Well… 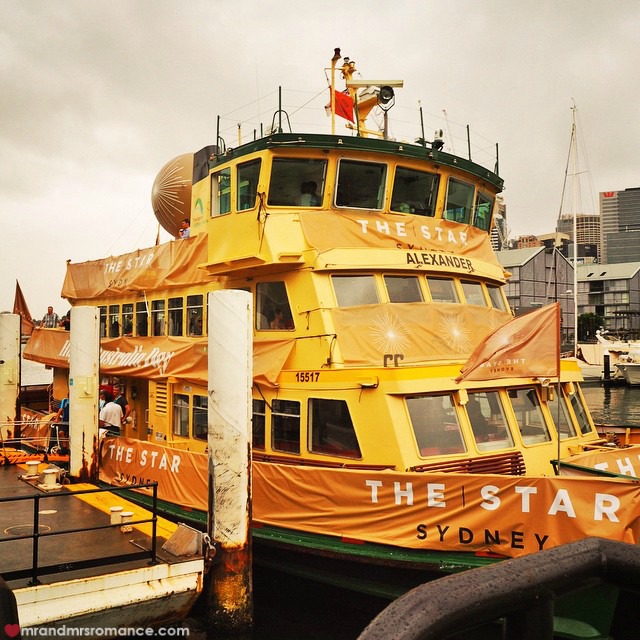 Still, not to be deterred, we’re out on the water in spite of ourselves today. And why not. I mean how many times do you get to go on one of the ferries in the famous Sydney Harbour Ferry Race? It only happens on Australia Day and there are only 4 ferries involved.

We’re on the Star Casino’s boat. The Star is the primary sponsor of the ferry race, so it’s a bit like being on the mothership! It’s a shame it’s such a grey, miserable day out, but it hasn’t stopped many from getting out on the harbour today. 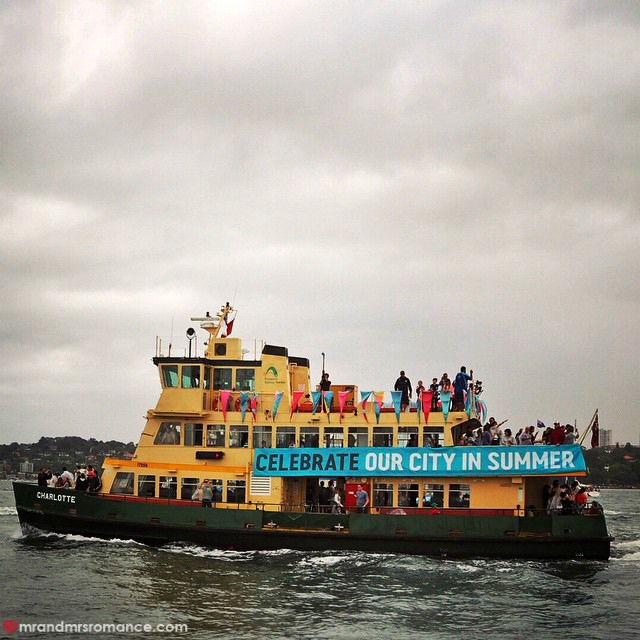 Mrs R thought this would make a funny pic in an ironic sort of way. I’m inclined to agree with her – and not just because of the skills of self-preservation I’ve so recently learnt. The water in the harbour is a steely grey, the skies are full of rain and chilling wind, and prospect of celebrating anything on a day like today doesn’t seem like a particularly good idea – least of all summer.

However, spirits are high onboard our ferry and on the decks of our competitors. It might have something to do with the free booze the wait staff keep plying us. Not that I’m arguing, of course! 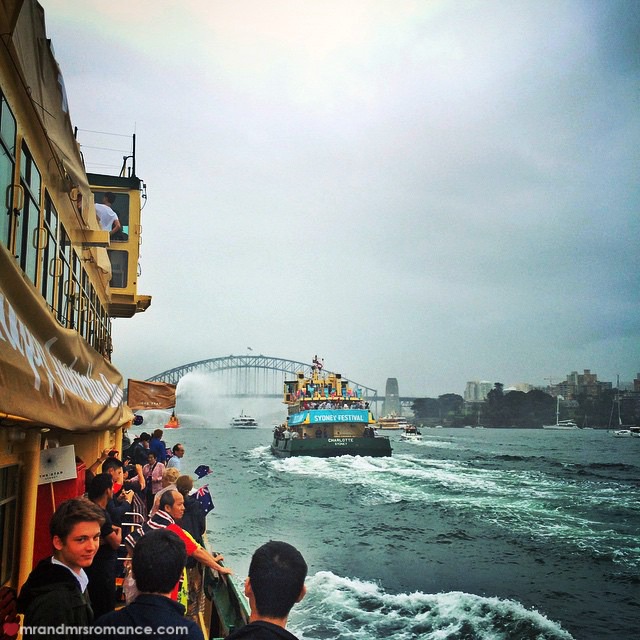 It’s the home stretch! The Harbour Bridge is the finishing line and we’re closing on one of our enemies!

Spoiler alert: hopefully you haven’t recorded the race with thoughts of watching with baited breath, but we came 2nd. China Southern Airlines came 1st. Never mind, it’s more to be involved than just to win – or so they say. ‘They’ being losers! Still, it’s been a great way to spend Australia Day.

Thanks to Access PR and The Star Casino for inviting us.

The last couple of pics are just for a bit of fun from our different ‘civilian’ IG feeds. Hope you enjoy! 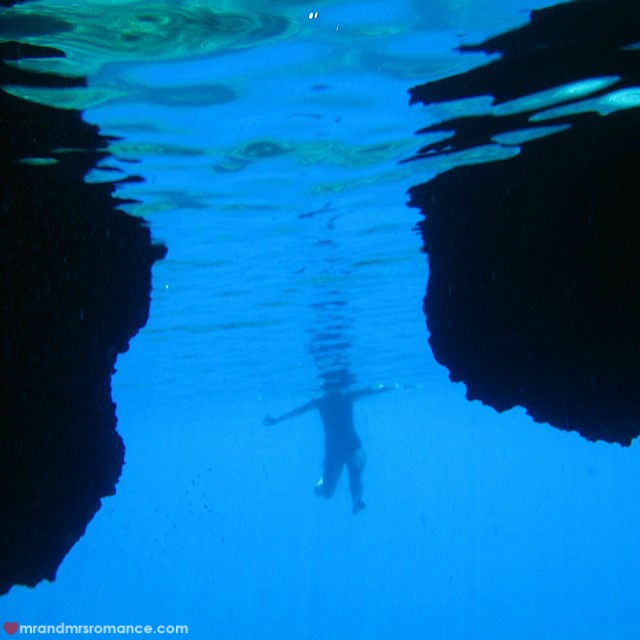 Mrs Romance published this pic of her from when we were in Greece a few years ago. I took this as I was swimming out of a small cave just after she’d jumped in off our boat. I wasn’t sure if the photo would come out but because the water is so clear, even at the distance I was shooting from, I still managed to capture this. 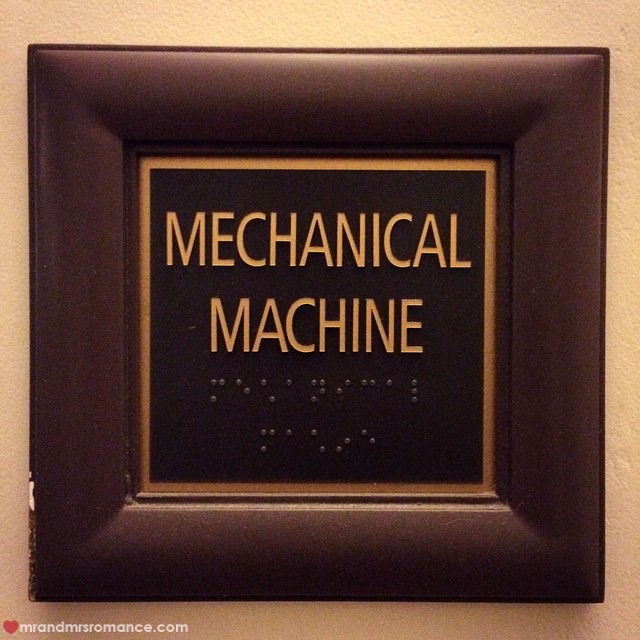 We found this sign while we were in the States recently. Believe it or not, it was next to an elevator. I don’t really know if the sign was necessary, even if I fully understood what it meant. I mean, what other kind of machines are there?

Does anyone else know what this sign could be for? Any clarification on this sign would be appreciated. So how did you celebrate Australia Day? Have you ever had to live with your in-laws for any length of time? How did that go? Tell us in the comments!

I once asked Mrs Romance if she could only eat one type of food for the rest of her life, which would it be?…