Knowing whether you have a mouldy cigar or if it’s just bloom is so important. If you spot a bit of mould on your cigar, all may not be lost. Here are some tips on what to do if you think your cigar is mouldy. 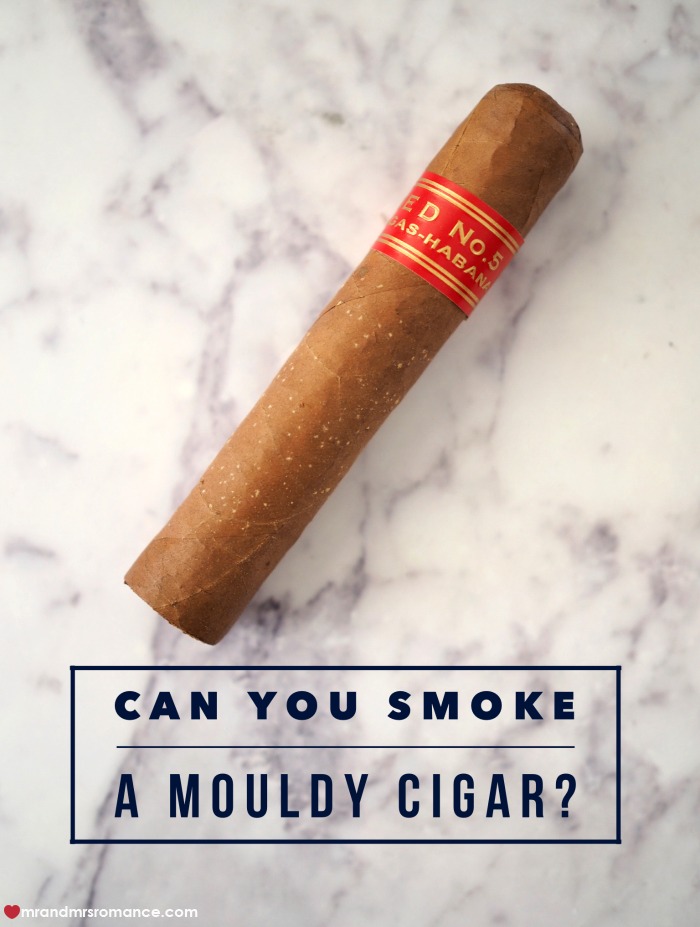 As I sat at the bar nearest my gate at Stansted Airport eying up my latest duty free purchase, I was filled with a sense of trepidation.

It’s not a feeling I’m used to when it comes to a new cigar – I’m usually quite excited, but the guy at the shop wouldn’t open the three-pack of Partagas D5s I’d chosen. 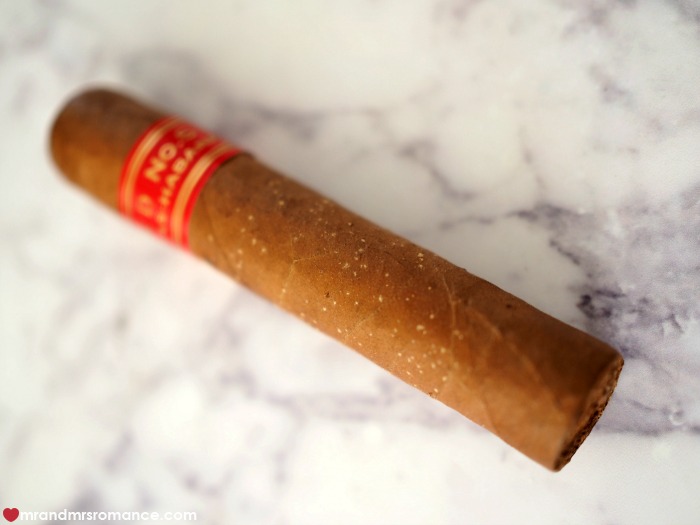 I decided to forgo my own advice of always checking your cigars before you buy. The humidor there was clean and was at the right temperature and humidity.

I break the seal and pull the first tube out. There are white spots all over the cigar. Bugger. I check the other two. They’re the same. Bugger bugger.

I clutch at the straw that it’s just bloom.

I grab my phone and frantically search for images of cigar mould vs cigar bloom with everything crossed. It’s a slide show of horror of cigars so covered in furry mould they look more like cheese than tobacco.

However, the ones with bloom look more like mine. I start to breathe a sigh of relief.

But then I read a few articles on the difference between mould and bloom.

Cigar bloom is the natural aging process of cigars where oils from the fermented tobacco come to the surface and crystalise. This is a great sign that your cigar is maturing perfectly.

There are lots of different types of mould – from full-blown fuzzy green, blue or even yellow spores to white deposits that look a lot like bloom.

The way to tell the difference is when you wipe the cigar with your finger. If there are permanent stains on the wrapper, you’ve got mould. If it comes off easily with no marks remaining, that’s beautiful bloom.

The white marks on my cigars stay put. I’m furious. And judging by the age of these cigars, they haven’t been around long enough to create bloom anyway. 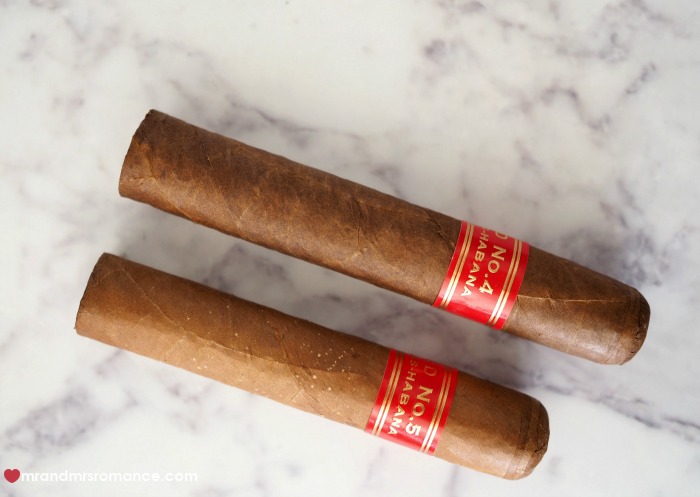 What to do if your cigar is mouldy

First of all, isolate your cigar. Do not put it with any of your other cigars and keep it away from your humidor. Once your cigar box has mould spores in its wood, you’ll never get rid of them and everything you put in there will go mouldy. It’s really hard to get mould out of a humidor.

Mould will eventually ruin a cigar and make it unsmokeable.

Mould occurs when a cigar becomes too damp and warm, and is then exposed to mould spores.

There are articles around on how to get rid of mould from cigars. I don’t know if these methods work; I haven’t tried them. 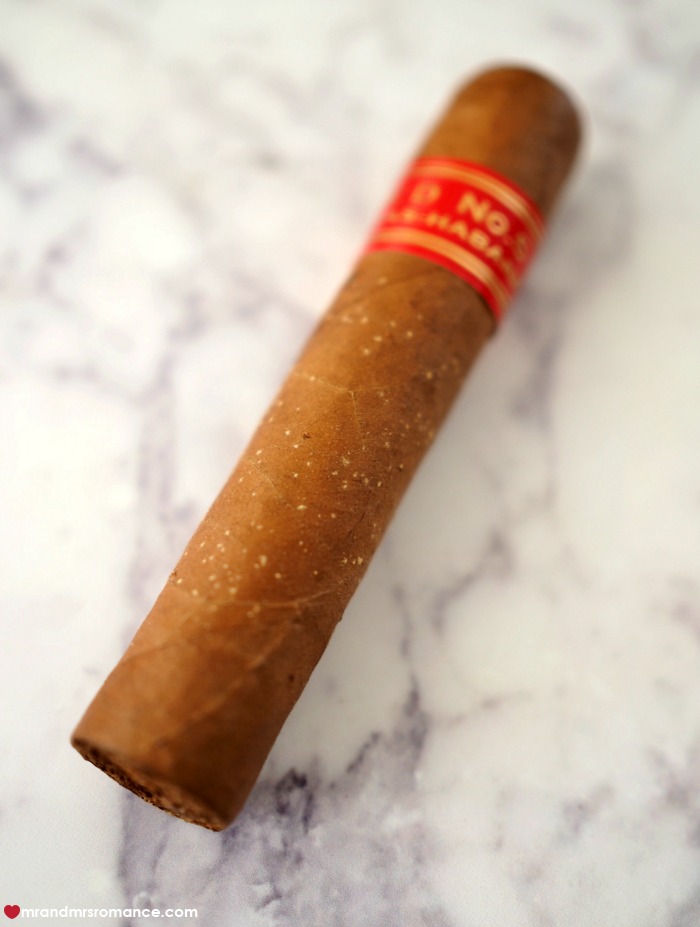 Can you still smoke a mouldy cigar?

I think it depends on the type of mould on your cigar. If you’ve got full blown mushrooms growing out of it, I’d probably throw it away. Or even better, if it’s a new purchase, take it back to the shop you got it from and demand a refund. The shop also needs to know it probably has a mould infestation.

If you decide to keep the cigar, check the foot. If there are signs of mould there, it’s probably throughout your cigar in the filler and binder. This is probably a bit too much mould. Also check the cap – that’s where your mouth’s going to be. Just sayin’.

If the mould is small, not furry and is only on the wrapper, I’d probably give it a go and try smoking it. The heat will kill most moulds. 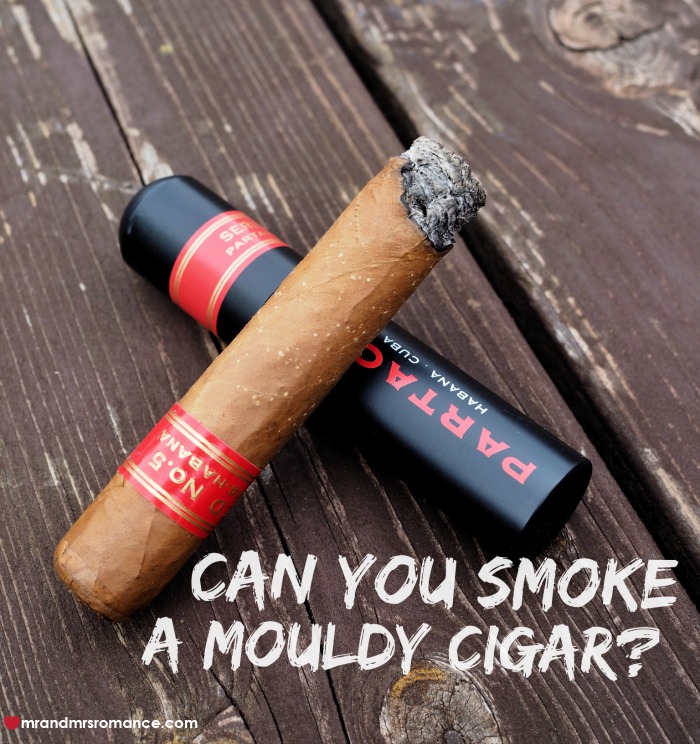 What did I do with my cigars?

I decided to take a gamble with my mouldy cigars. The mould wasn’t on the foot so it hadn’t got to the filler or binder. Plus it was white, not any of the funky colours I’d seen online.

I also held off smoking them for a week to see if the mould had grown or developed; it hadn’t moved and there were no new white spots. The mould could have been dead or dormant.

When I smoked them, I noticed no difference in flavour with my cigars. The only difference I did notice from other Partagas D5s I’ve had was the uneven burn. I had to keep correcting the angle and burning off staggered, unlit wrapper.

And the cigar’s burn behaviour was weird; I had to keep relighting it. This could have been a sign the cigar was still a bit damp or maybe it was affected by the mould.

However, the draw was perfect and all three provided enjoyable smokes. 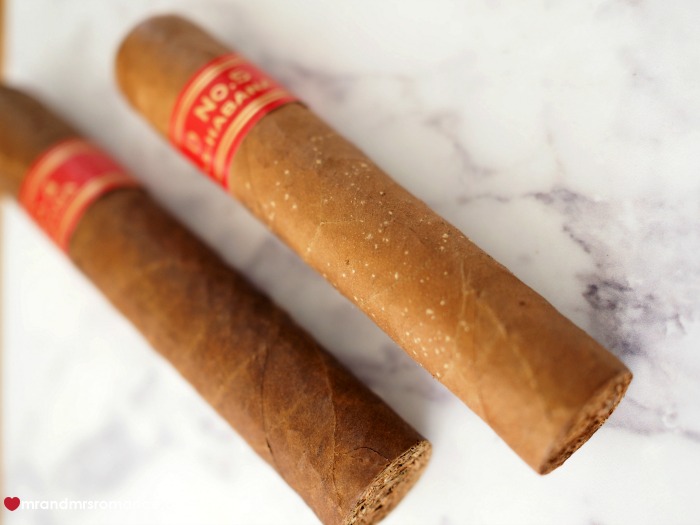 If you enjoyed this article, you’ll love these too:

How to set the humidity in your cigar humidor 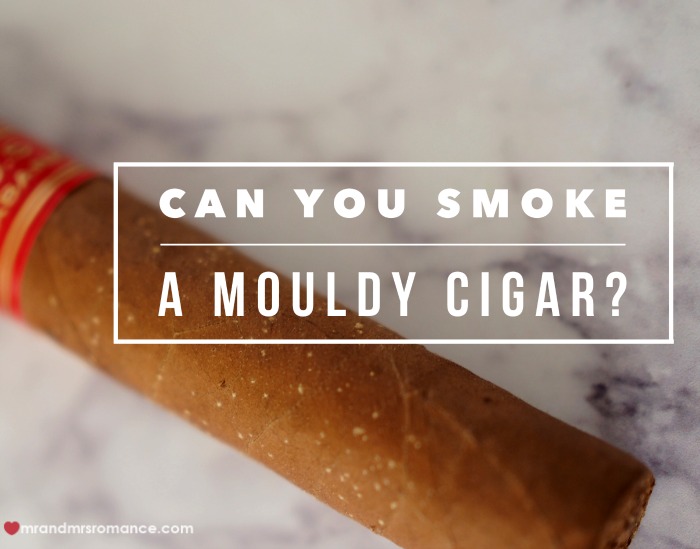 Have you ever had a mouldy cigar? What did you do? Do you have any advice about mouldy cigars? Tell us in the comments!

Wine of the Month: Grenache – the wine connoisseur’s secret weapon

Peeping out from behind its bigger, beefier brothers, Grenache is the wallflower of wine varietals in Australia that doesn’t get half the attention it…