Although low-cost airlines tend to kill off the romance of flying – cramped seats, limited service, no seat allocation – your wallet thanks you for the sacrifice. But if the idea of flying low-cost airlines brings you out in a cold sweat, here are our top tips on how to make flying low cost airlines feel like much more than you’re paying. 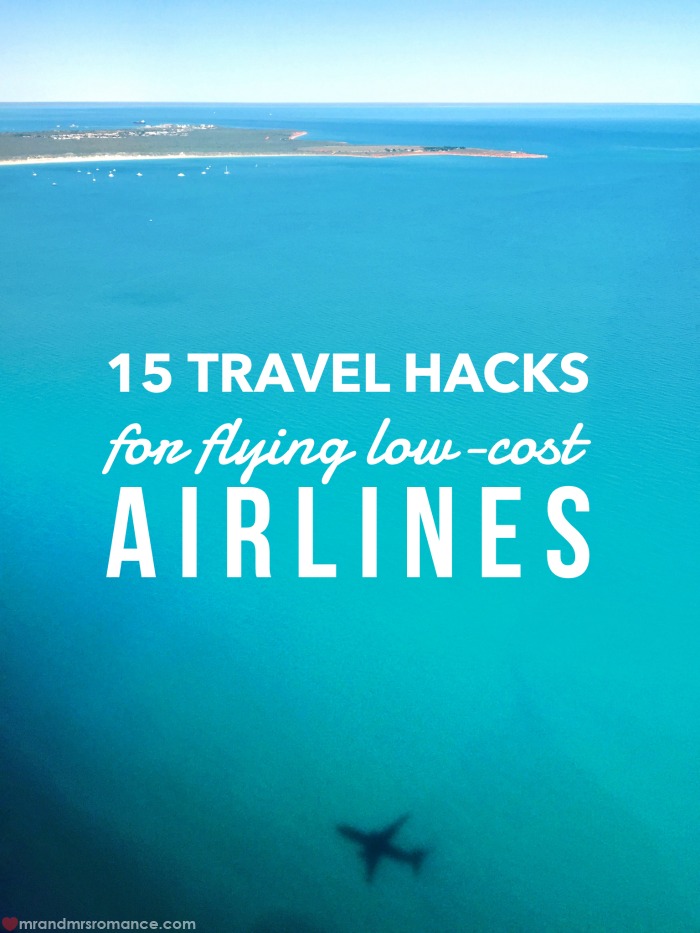 And that’s kind of how you have to look at flying low-cost airlines.

However, there are ways to bring back that old-fashioned notion of the romance of flying – even to low-cost airlines. And none of them are things like ‘focus on the romance of your destination’ or ‘think about how much money you’re saving. Isn’t that romantic?’ – though they’re actually both good points. 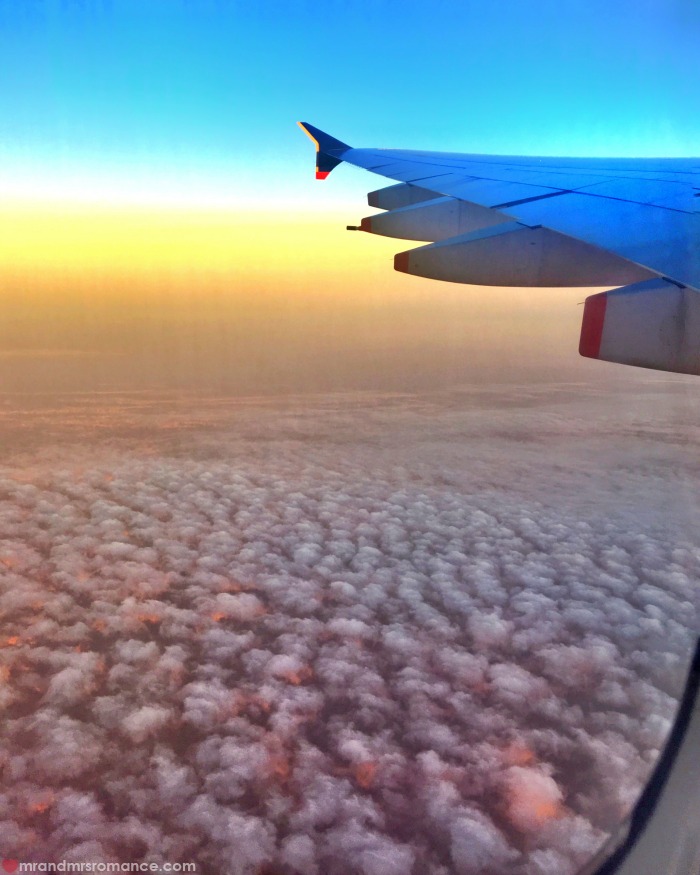 On our recent trip through Europe, we flew three different low-cost airlines and – although it never felt like first class, we still learnt a lot that mitigated the lack of comfort and service on board.

Here’s what we learnt from our time flying low-cost airlines.

1. Best seats are at the front or back

If your booking allows you to choose your seat – or if you can select your seat when you check in, go for seats at the front or the back of the plane (though the toilets are often at the back too). This will let you get off as quickly as possible.

Most low-cost airlines board and disembark from both ends of the plane for speed, and they usually only have access from the tarmac rather than the aerotunnels or PBBs.

2. Board early to get a spot in the overhead lockers

The overhead lockers often fill up quickly, so getting in the queue to board early can pay off. The only downside is you’re queuing for longer. 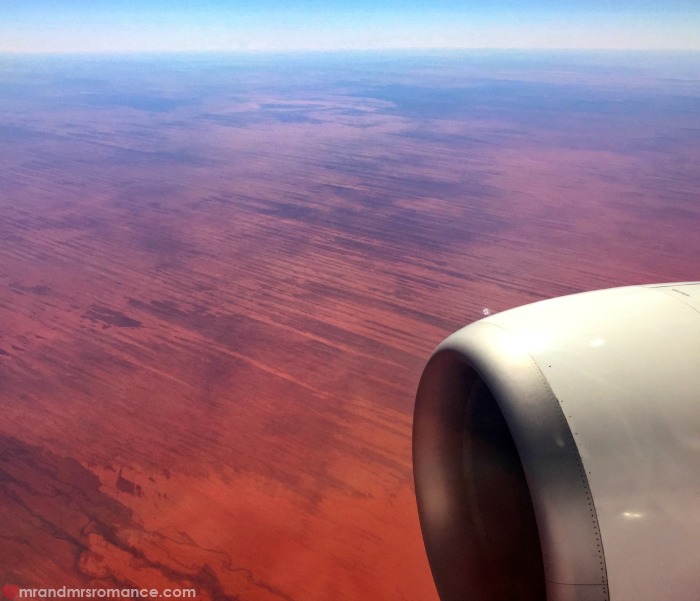 3. Take carry-on only if at all possible

Usually when you’re flying low-cost airlines, you’re not away for long. Try and take carry-on luggage only. This way you take advantage of the quick disembarkation these airlines have and you save money on those costly checked luggage add-ons.

Be aware of the weight restrictions of the airline though. If you have to check you luggage in, you’ll be charged and it can be expensive.

4. Keep your carry-on luggage small so it’ll between your feet

If you can, keep you carry-on luggage small enough to fit between your feet. I travel with a backpack that holds quite a lot yet still fits between my feet – even in the smaller planes.

This means you won’t have to worry about finding space in the overhead lockers, you’ll be able to get out of the plane quicker and you’ll still have access to all your things during the flight.

Low-cost airlines tend to be less fussy with bags fitting right under the seat in front of you, so if your bag is a little too big to go under and sticks out a bit, you’ll probably still be ok.

5. If it’s not too expensive, buy priority ticket option

We booked the priority tickets with Ryan Air (this is not sponsored by the way) and it was well worth the money – currently €5 per person. You get 20kg luggage allowance, guarantee that your hand luggage won’t get checked in (they only have space for 90 bags in the cabin), priority security line access and priority boarding. This means you can leave it till the last minute and walk onto the plane when everyone else is queuing up. It’s actually awesome.

Other low-cost airlines might charge more and have different services, but it’s worth looking into. 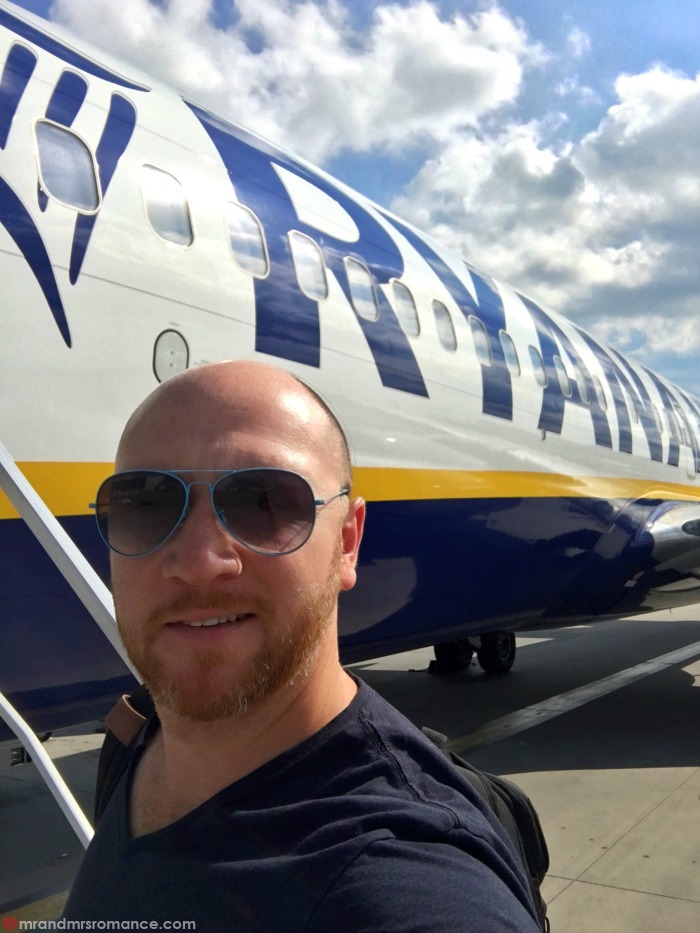 The fable of the earlier you book flights the better is true with low-cost airlines… though not too early. If you leave it till the last minute, you’ll pay a premium, but according to this year’s annual Compass Report released by Cheapflights, the best time to book is around 1-3 months ahead.

If you book any further in advance, the price goes back up again.

7. Look out for potential savings with stopover/multi-stop trips

There are hosts of savings to be made by looking for non-direct flights. We wanted to go from Stockholm to Rotterdam, but direct flights were expensive. An overnight flight via Brussels, however, was much cheaper.

The connecting leg the next day was to be a 2-hour train ride to Holland, which we ditched and spent 2 nights in Belgium instead. We then booked the train journey independently, which was still very cheap.

Oddly, a direct flight just to Brussels was more expensive than the whole journey to Rotterdam that went to Brussels anyway. 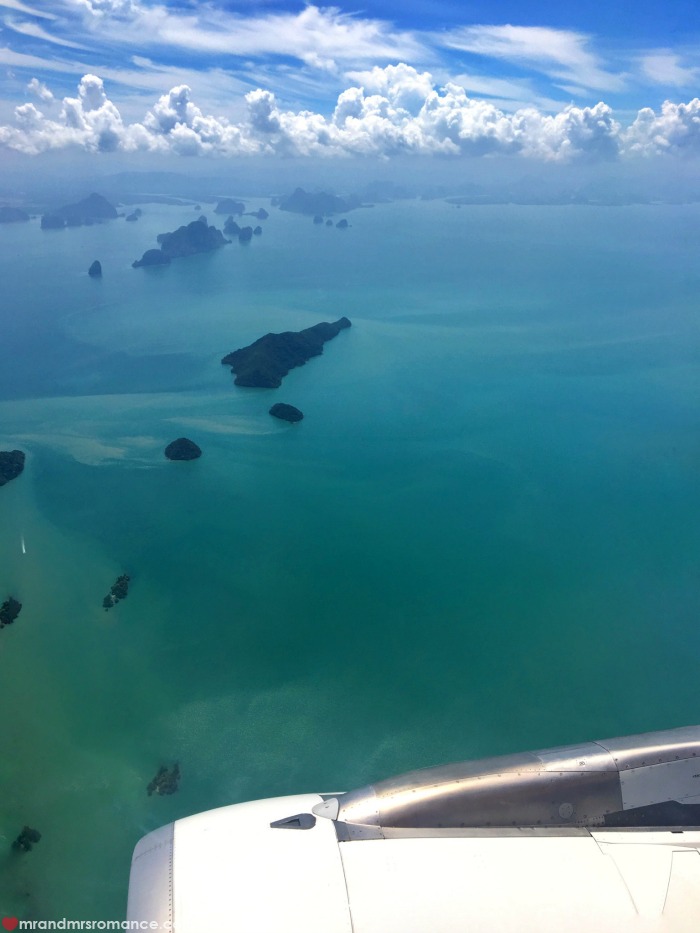 Don’t expect any food on board low-cost airlines. They might sell food during the flight, but it will be expensive.

Take snacks with you if you’re in fear getting ‘hangry’ or if you’re flying for longer than a couple of hours.

9. Bring a scarf or layers to keep warm

Low-cost airlines often have the air conditioning on full and freezing, and the planes rarely have those individual vents for each seat. They also don’t provide blankets on board.

A scarf or pashmina, or bringing layers of clothing you can put on during the flight will keep the chills away. 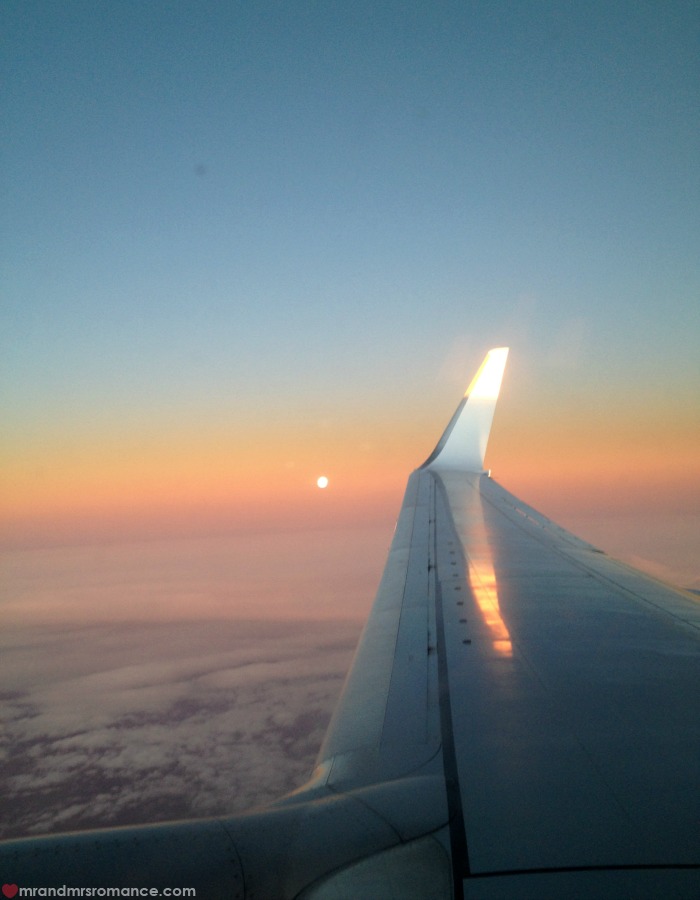 10. Be prepared for lots of queuing

Even once they get you through the gate, low-cost airlines like to have everyone ready to board as soon as the passengers from the previous flight have disembarked.

This means having everyone waiting. If you have priority boarding, you still have to wait, it just means you’ll be able to wait at the front of the queue. Put your priority pass to better use and time it so you go to the gate when they’re letting people onto the plane.

If you really want to eat on the flight and you don’t want to bring snacks with you, keen an eye out when you’re booking the flight for meal deals. If you book these with your ticket, they’re often cheaper than buying food during the flight. 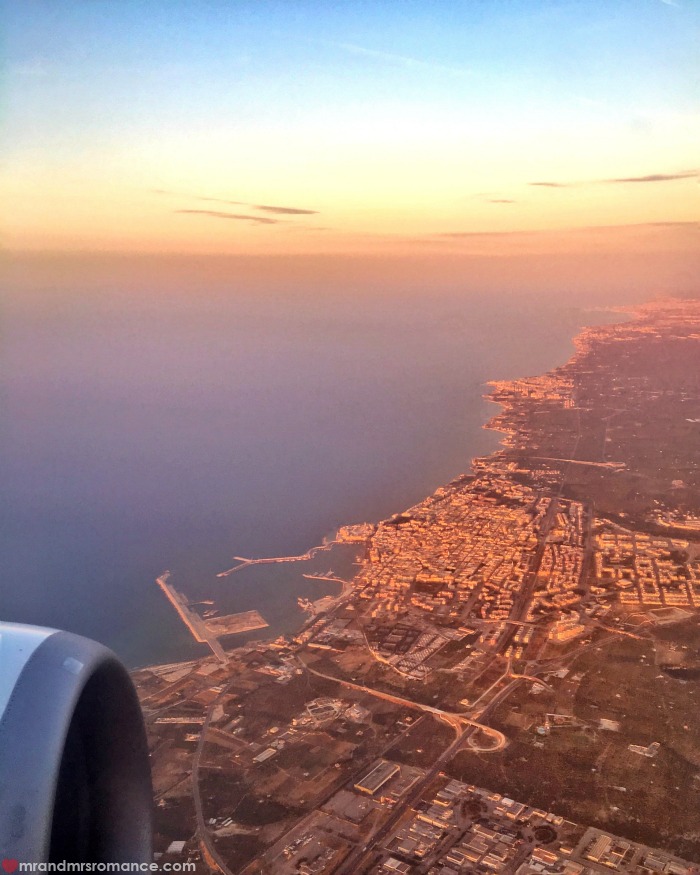 12. Noise-cancelling headphones are your friends

Flying low-cost airlines, especially when it’s a short flight, can be noisy. They’re most popular with groups going on holiday, people who haven’t flown before and families with kids. This all amounts to a noisier flight than you might be used to.

Noise-cancelling headphones take the pain away and also allow you to hear whatever you might be listening to on your phone or tablet. See the next point for more details on that.

Low-cost airlines don’t have TV screens – or if they do, they’re those communal ones that come out of the bulkhead. Bring your own entertainment to stave away the boredom.

Download your podcasts or movies onto your phone or tablet before you leave home or at the terminal so you’ve got something to do during the flight… or bring a book. 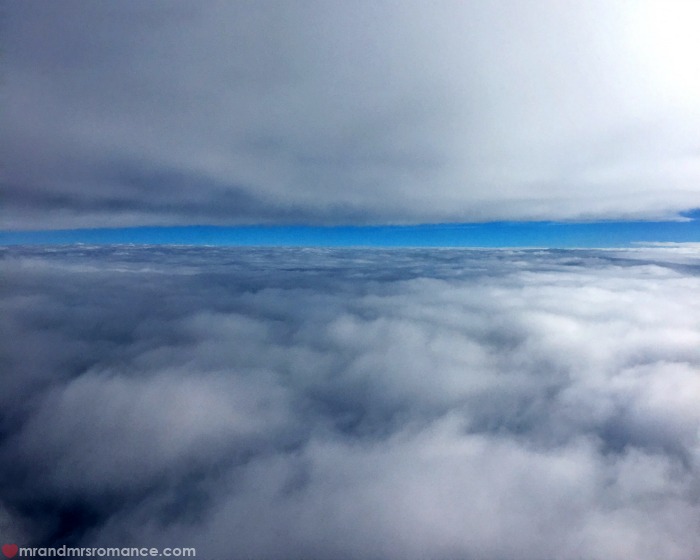 When you’re searching for flights, use incognito or private internet windows. Low-cost airlines often use their cookies to track flights that you’re searching for. The next time you look for that same flight, you might notice the price will have gone up a bit. A private search window will stop this.

Low-cost airlines often fly to secondary airports. These airports are usually further away from the city; Melbourne’s Avalon Airport vs Tullamarine for example.

We flew from Italy to Stockholm, but landed at Skavsta Airport, which is about 100km southwest of Stockholm. There are regular shuttles going into the city, but they cost money and take over an hour.

This flight was still a cost- and time-saver though, as we were able to fly direct from Brindisi – a fairly remote town in the south-eastern region of Puglia – to Stockholm at the other end of the continent.

Other airlines, which would cost more, forced a change in Rome or another country before continuing on to Sweden. 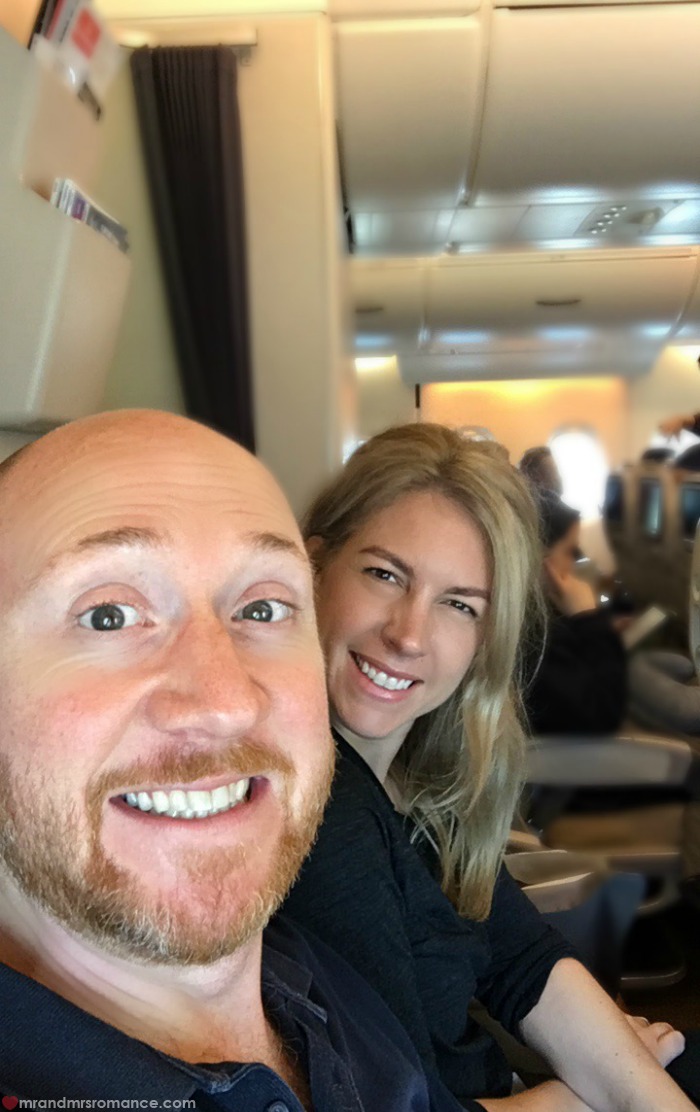 How to cope with airport delays

Tips for flying in style

How to avoid getting bumped from your flight

We also flew with AirAsia a while ago. Here’s what it’s like – we also got to have a go in their flat-bed seats. 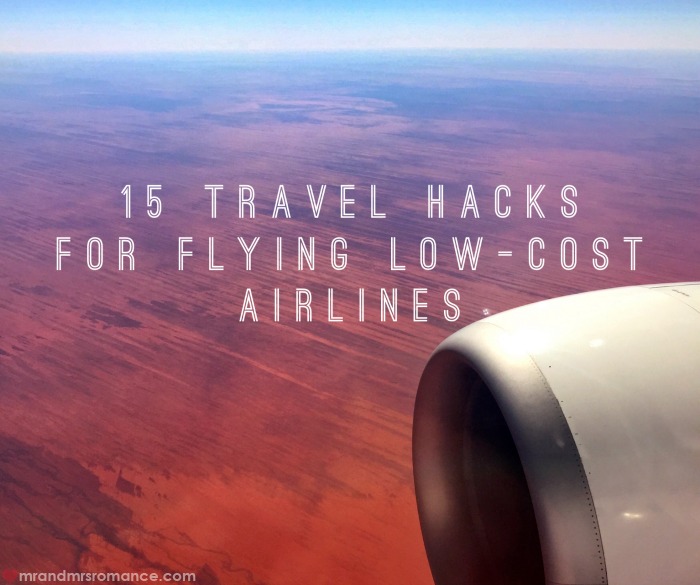 We hope these tips help with your travels. Do you have any tips on flying low-cost airlines? Tell us in the comments!

Well, that’s September done and dusted. Didn’t take long, did it? It does mean that we’re only 12 weeks away from Christmas, which is… interesting….