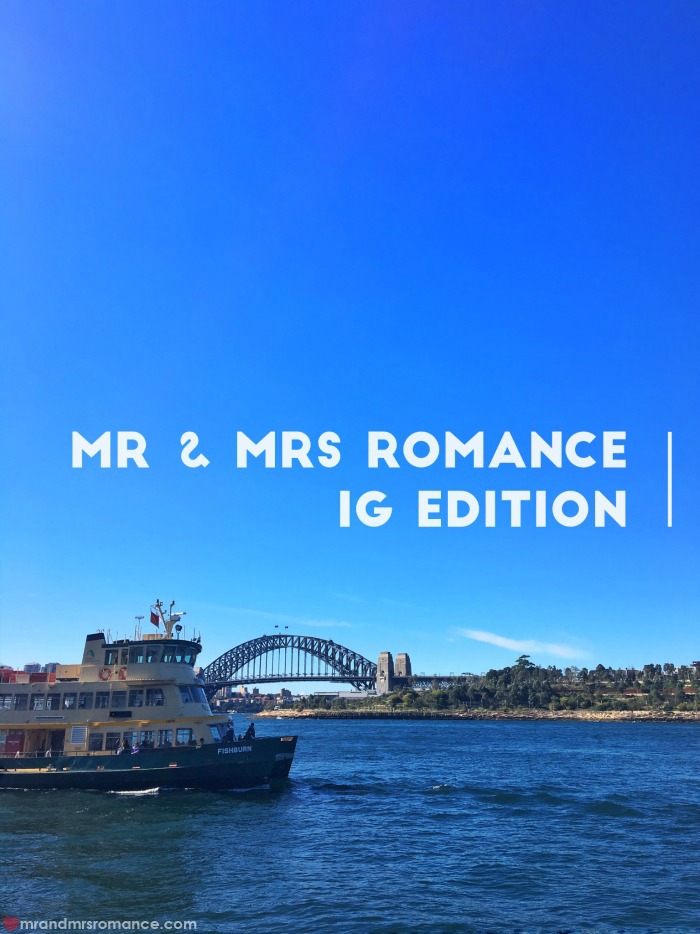 It’s hard to believe we’ve got through the first full week of being back in the country already. This time last week, Mrs Romance and I were busy exploring Norfolk in England with my parents.

Now we’re dealing with Sydney’s winter… well, I say struggle – it’s not really been that bad I suppose. And even the jet lag seems to have run its course now. 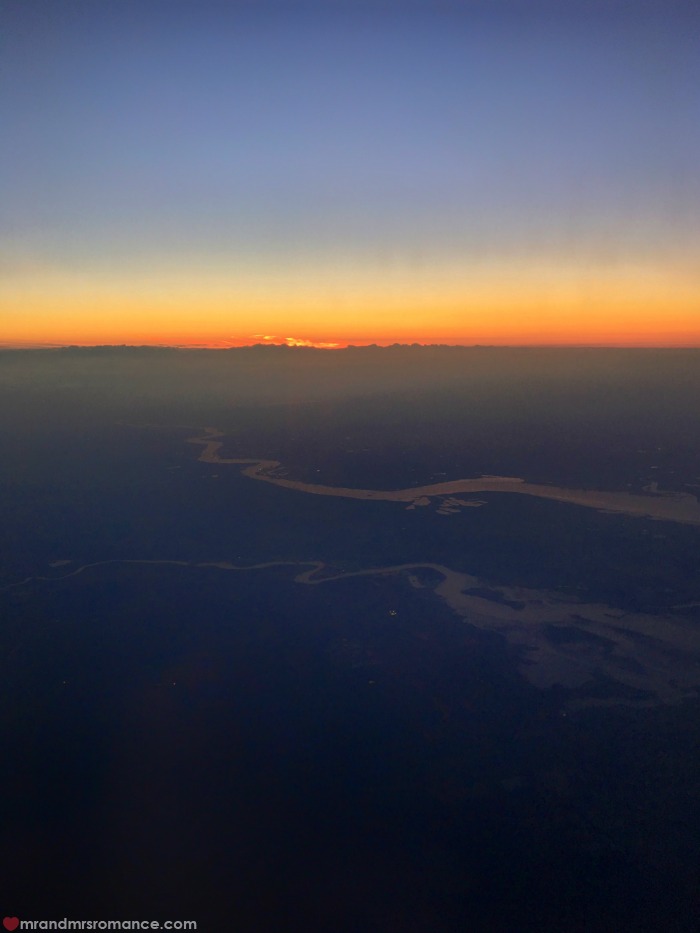 And we’re up. Flying out of England in the evening can be such a beautiful way to leave. As the sun sets on a landscape we’d forgotten how beautiful it was, we think back on some of the great times we’ve had here over the past couple of months.

It’s not long before the rolling hills and intricate tracks of the British waterways give way to a gleaming sunset and a net of cloud. I don’t think it’ll be long before we’re back – it certainly won’t be as long between visits. 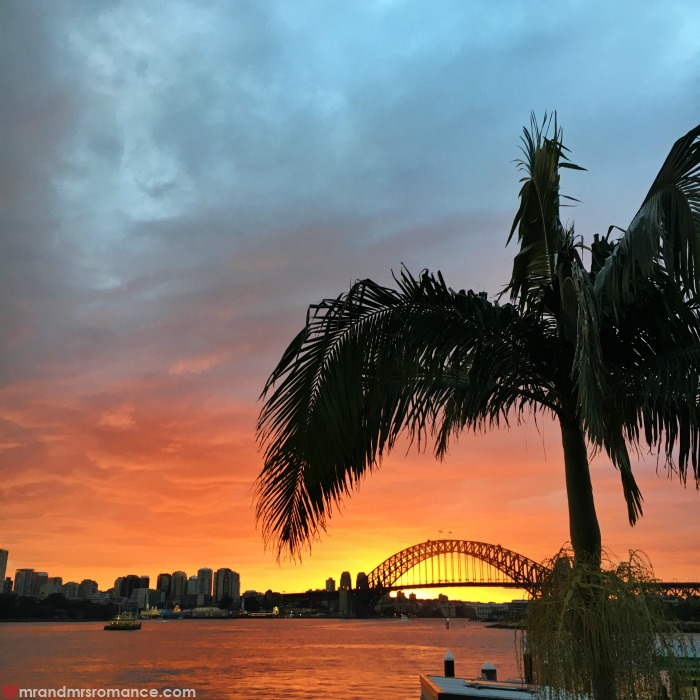 Back in Sydney we’re welcomed home to an incredible sky. The one good thing about jet lag is you’re up early. Plus the Sydney winter means the days start later, which also helps. 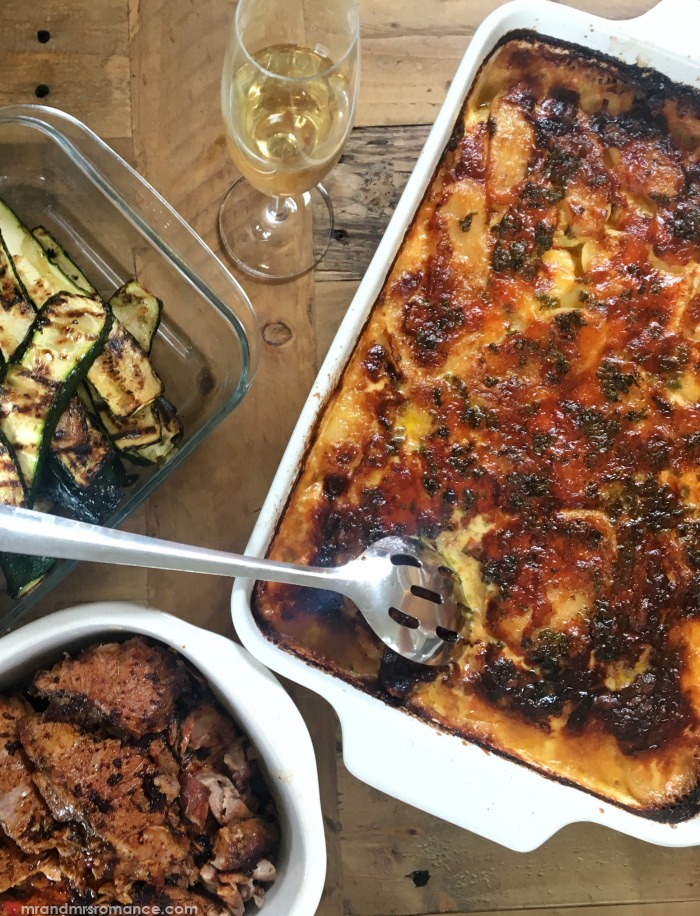 We’re at my sister-in-law Mary’s house today to catch up and also to check out how things are going in her new house. She moved just before we left for Europe and it’s good to see how things have developed and changed.

One thing we’re glad hasn’t changed is her potato bake. This is Mary’s forté and it’s ridiculous. We haven’t got her recipe (yet) but this is ours. It’s good but it’s nothing on this one. 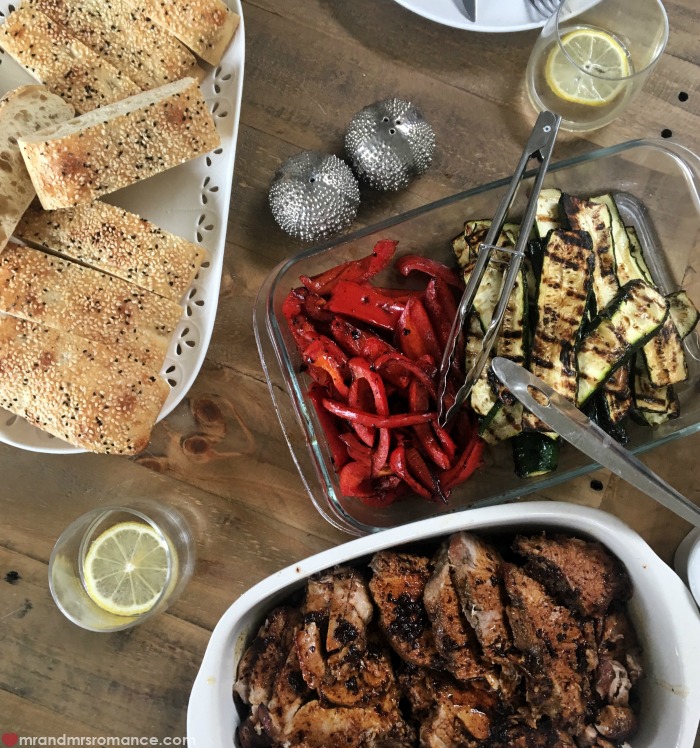 Mary always puts on a good spread – even when it’s just a couple of friends and family together. She always talks it down and never realises how good she is at this sort of thing.

Granted, I cooked the teriyaki chicken and the veggies, but I was just doing what I was told! 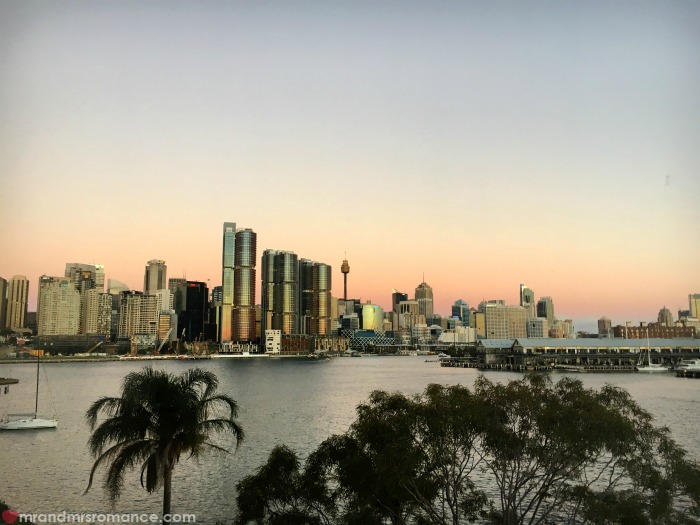 We’re welcomed by another beautiful Sydney sunrise today… or should I say Mrs Romance is. I’m still in bed pretending I can sleep in with jet lag. 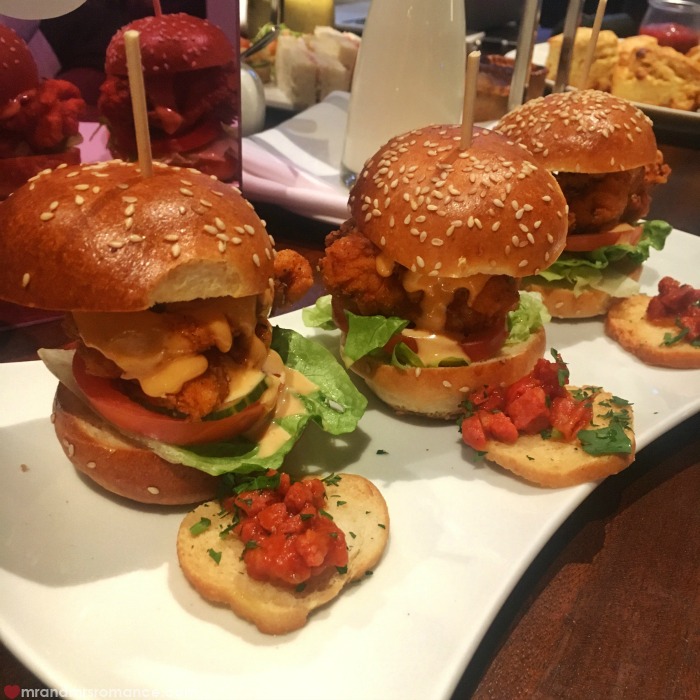 Mrs Romance is at the exquisitely elegant Primus Hotel in Sydney CBD. This recently opened (Dec ’15) luxury hotel has the grandeur and style in keeping with its art deco venue and is just superb.

The Primus’ restaurant – The Wilmot – has just launched its new high tea menu, which sounds and looks amazing. There are even two menus to choose from – one is the classic high tea with all the sweets and delicacies you expect – though these fried chicken sliders Mrs R is about to devour look amazing too.

The other – The G’n’Tea – is much more like a share platter for one. My kind of meal! And is billed as ‘the gentleman’s high tea’.

You can check out the two different menus here. 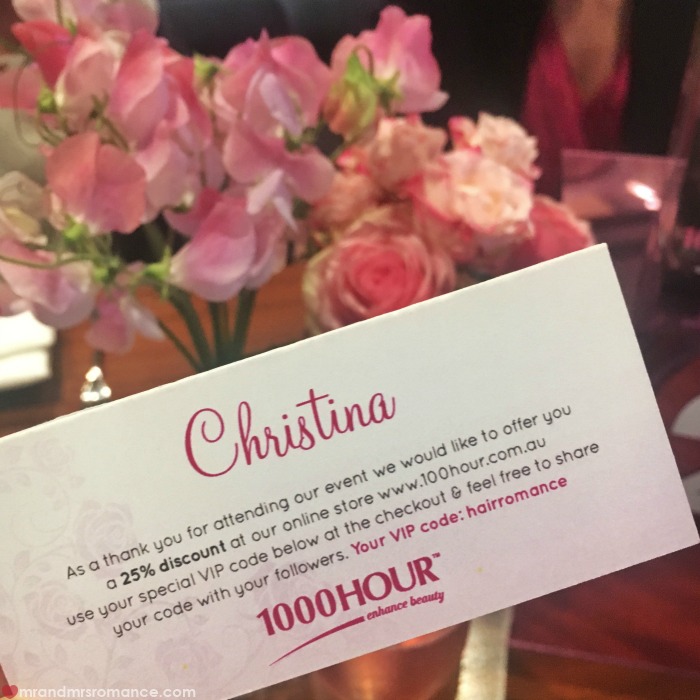 And this is the main reason for Mrs Romance being at the Primus today. She’s dining with the lovely people from 1000Hour – an iconic Australian beauty brand, who are now celebrating 1000 Hour’s 25th anniversary!

As part of this amazing feast (yes, I’m still a bit jealous), 1000Hour are offering you guys a special 25% discount at their online store at 1000hour.com.au.

Just use the VIP code ‘hairromance’ and you’ll get a quarter of your bill taken off! 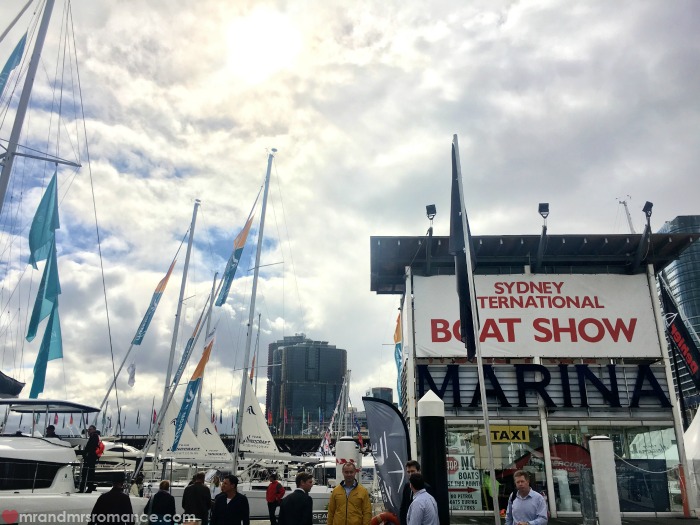 This afternoon, Mrs Romance and I are down at Darling Harbour in Sydney. It’s time for the annual Sydney International Boat Show, which always adds an interesting element to the city. The show has been running for 50 years this year, which is amazing.

There gamut of boating interests is represented here, from vendors selling some truly beautiful vessels to stalls on water safety and talks on at the ICC across the way.

But we’re here for something completely different… 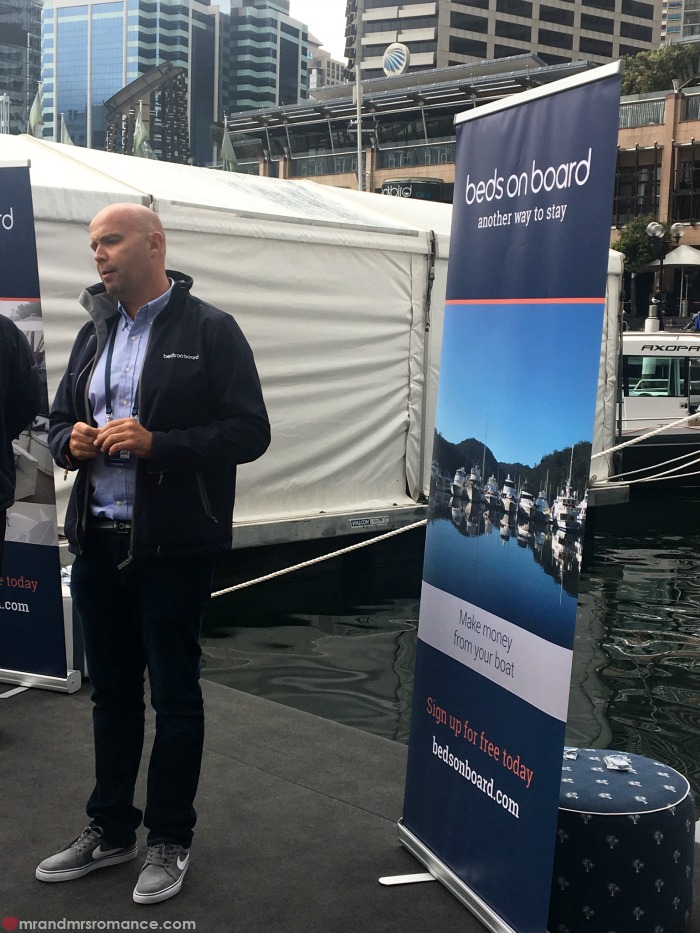 This is Jason Ludlow – founder of Beds On Board, which has now just launched in Australia.

Beds On Board is a service that lets you book a night aboard any boat on the site – just like a hotel. All boats are moored at marinas, so you don’t have to worry about where you have to go, and the boat is yours for as long as you book it for.

It’s a bit like AirBnB, but much more personal and only for boats. 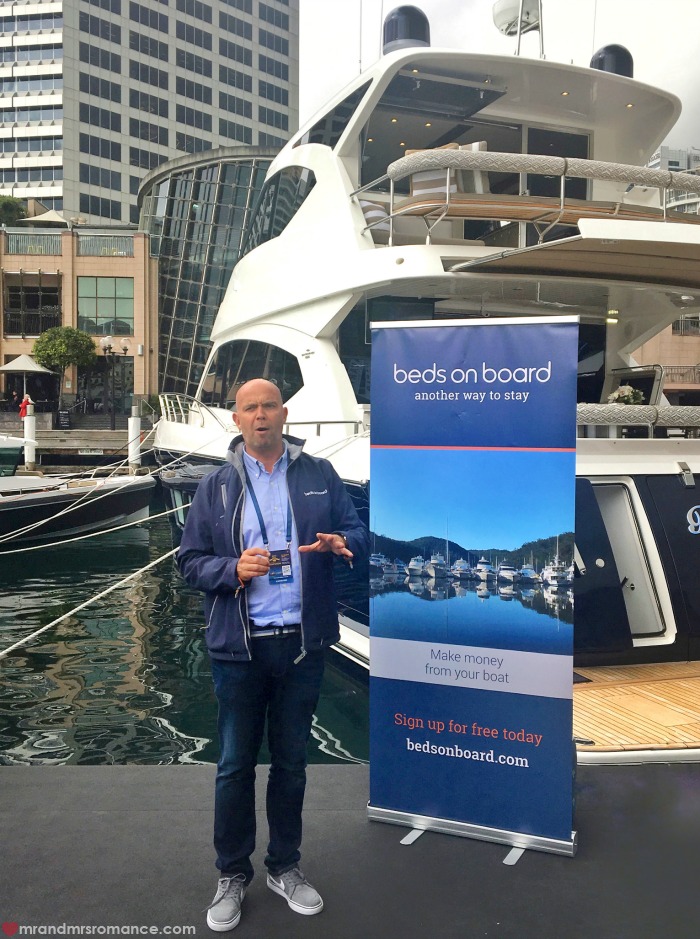 We really love the concept and can’t wait to try it out. It’s already popular in the UK and Europe, and isn’t only restricted to coastal marinas. There are boats on lakes and river systems here too.

The thing we like about the idea of Beds On Board – apart from the novelty of staying on a boat – is the access to a perspective that only boat owners get to see usually. You have access to the rest of the marina during you stay, plus the bars and restaurants as well.

It’s early days for Beds On Board in Australia, but I’ve got a feeling this is going to be an amazing accommodation option for travellers and stay-cationers alike. 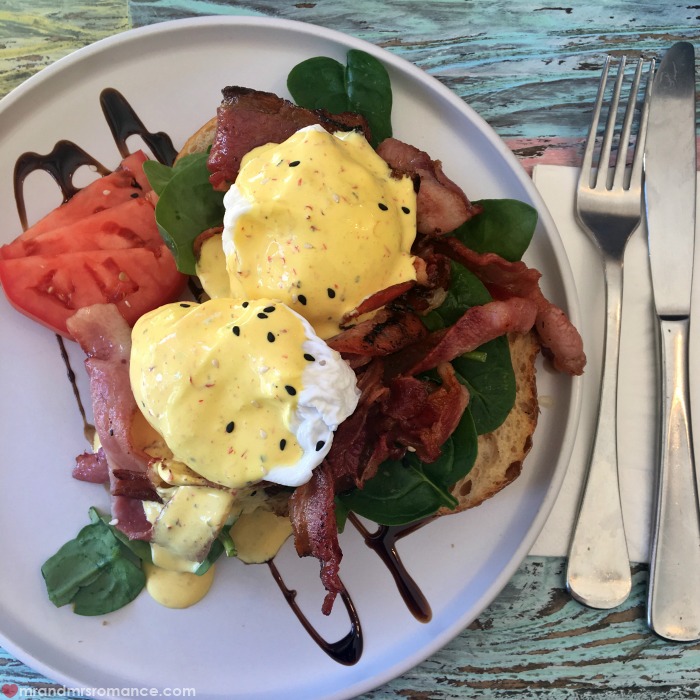 One of the best parts of being away is catching up with everyone when you get back. We’re meeting up with our friend Tash over a bite to eat at Euforia Cafe in Balmain. I’m pretty happy with my bacon egg Benedict I must say. 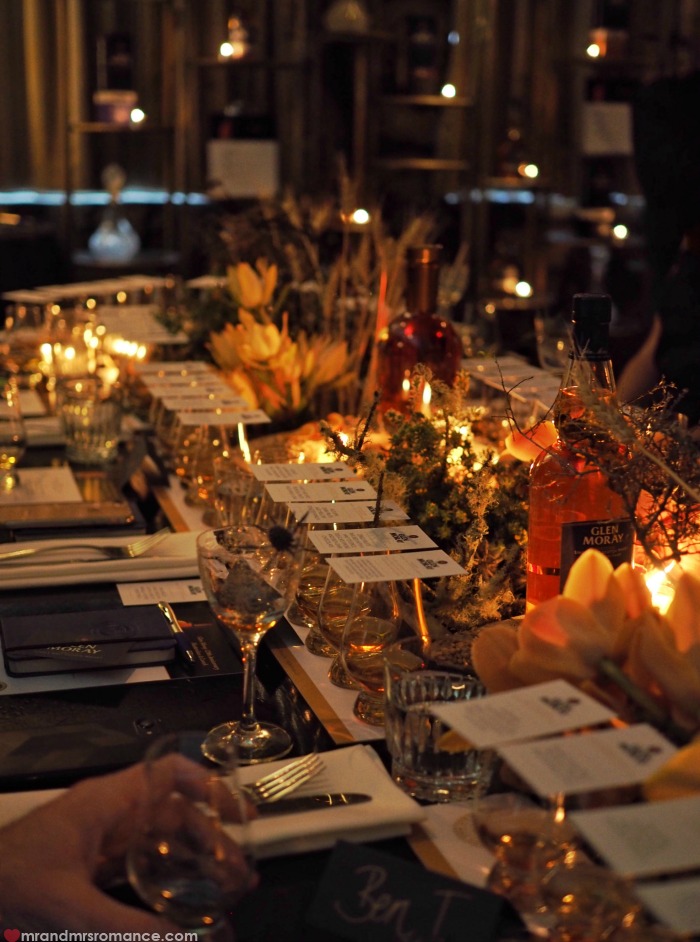 I’m at one of Sydney’s most beautiful small bars The Roosevelt for lunch to check out a rather impressive scotch.

Glen Moray – a whisky from the Speyside region of Scotland – has been going for 120 years now. And its current master distiller Graham Coull, who has somewhat poetically been at Glen Moray for 12 years, has created an amazing heritage whisky.

To show this special whisky off – there are only 1000 bottles available worldwide, so it’s pretty special – Graham is taking the room through six of the Glen Moray whiskies and the geniuses of the Roosevelt kitchen have paired food with each dram. 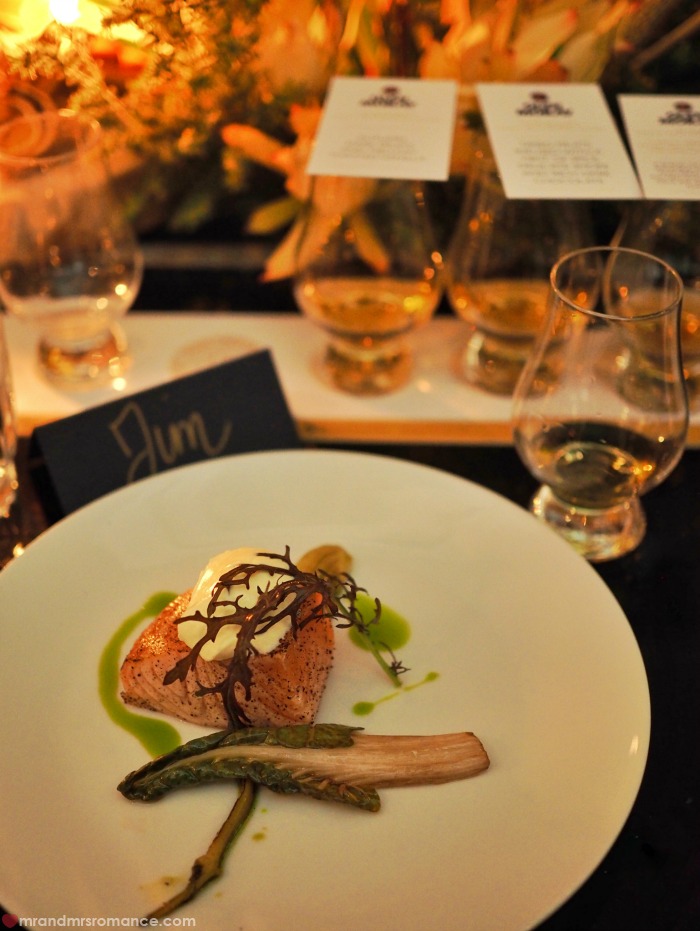 One of my favourite dishes is the Australian salmon with a Glen Moray whisky cream sauce and pickled fennel. The salmon is incredible and the whisky – an unusual Glen Moray Elgin Classic – pairs surprisingly well with the fish. This whisky is finished in Chardonnay casks, which makes it unusual. It adds a freshness and slight tartness to the dram, which also goes well with the fennel. 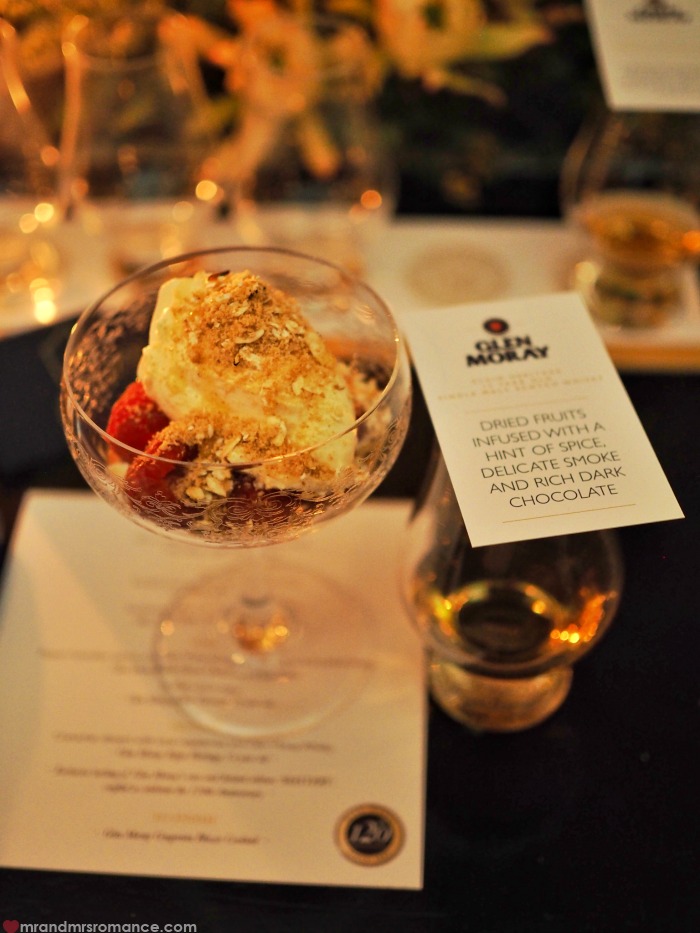 Dessert is a traditional Scottish dish called cranachan (“kranakan”) with raspberries. It’s paired with the much smoother and slightly smokey 15 year old Glen Moray Elgin Heritage. The whisky has chocolatey notes to it and dried fruits, which counter and yet compliment the dessert. 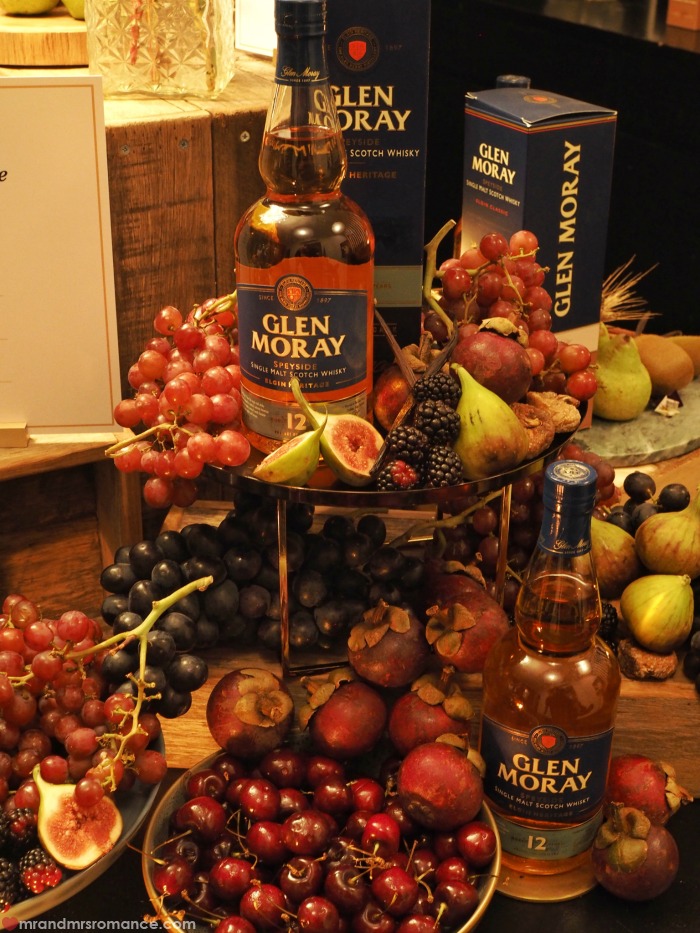 Apart from the uber-whisky I got to try today – Graham’s ‘Mastery’ – this is my favourite from the range. The Glen Moray 12 year old  is mellow, hints of vanilla and smooth – just as I like my Speyside whiskies.

The Mastery is an extraordinary whisky though. Graham has created this unique bottle in celebration of Glen Moray’s 120th anniversary. Within the 1000 bottles he’s produced is the culmination of 5 master distillers’ different vintages over 4 decades. It’s a monument to the distillery.

If you do manage to find one of these remarkable bottles, it will come in its individually numbered decanter housed in a leather box. And its price tag? Expect to pay $1400 for the right to own it.

You can find this special bottle at selected Dan Murphy stores and the rest of the Glen Moray range at your local Dan Murphy’s and BWS. 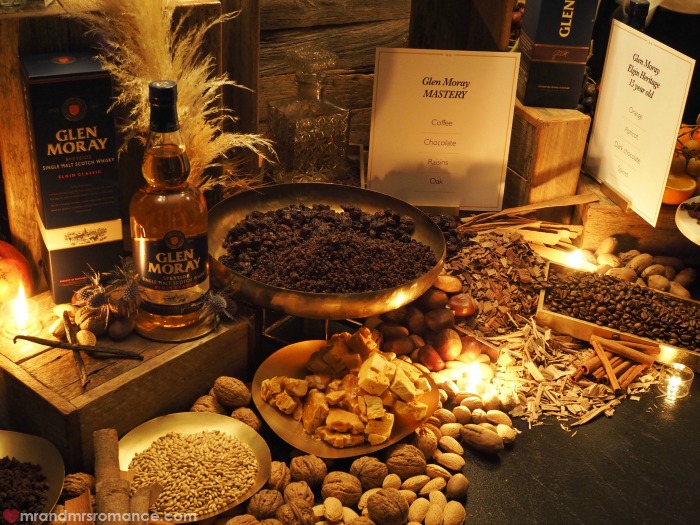 The displays of the different Glen Moray whiskies and their flavour notes are so beautiful, and the setting in the Roosevelt is just perfect.

We’ve actually worked with the Roosevelt and Eau de Vie in the past. Apart from this (written very early-on) review of Eau de Vie and our experience at Eau de Vie’s extension bar Eau de Vie Apothecary, we were also involved with Speakeasy Group’s crowd-funded whiskey – their delicious bacon bourbon. Here’s our three-part cocktail series on this excellent spirit.

This must be the best way to start the weekend. I must do it more often.

Food, inspiration, art and style – all to the backdrop of the roaring ocean; that’s what to expect at Halcyon House’s restaurant Paper Daisy,…