As I step down into the sunken courtyard of the Slip Inn I’m transported. It’s like I’ve pushed through the saloon doors of a Mexico City cantina at happy hour. 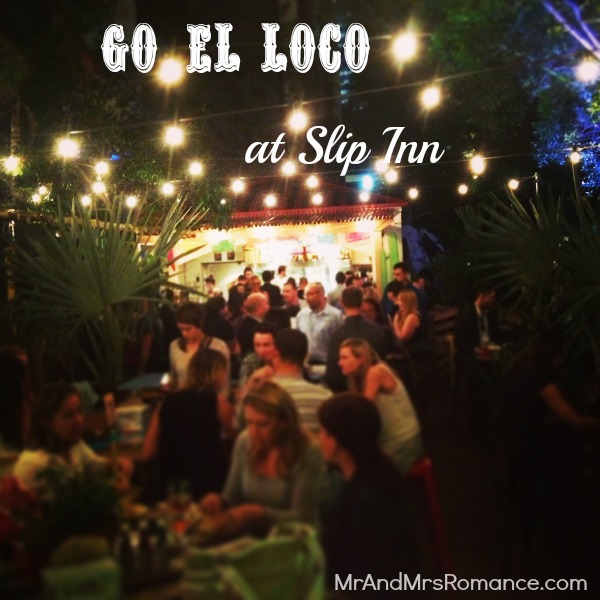 The bustle of the crowd, the sparkle of lights in the trees, the DJ playing mellowed Latino pop covers… This is El Loco at Slip Inn, Merivale’s latest transformation, and it’s not as crazy as it might sound! 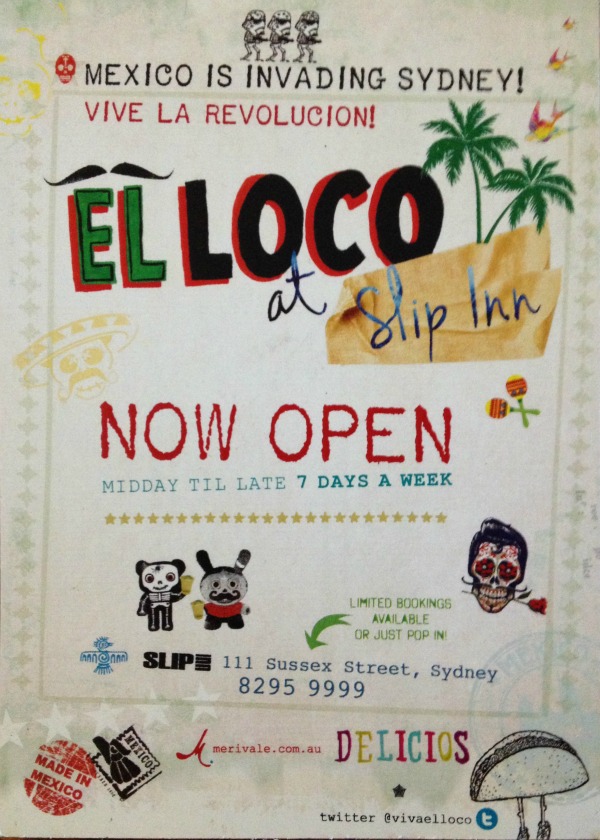 El Loco pop-up cantinas have, well, popped up all over town. The first – in the Excelsior Hotel in Surry Hills –  now there for good. There was another recently at the Opera House.

El Loco at Slip Inn was so popular it has become a permanent feature. The overhaul is quite something. New décor, new menu, new staff uniforms… everything’s new. And it works well.

As I move between the tables, everyone’s drinking from the array of margaritas on the bar menu. At my table, I order one myself – a jalapeno margarita. The spicy tang of good tequila, the piquant orange of Cointreau, and sharp burst of fresh lime is all off-set with the smoky, behind-the-scenes flavour of Illegal Mescal. 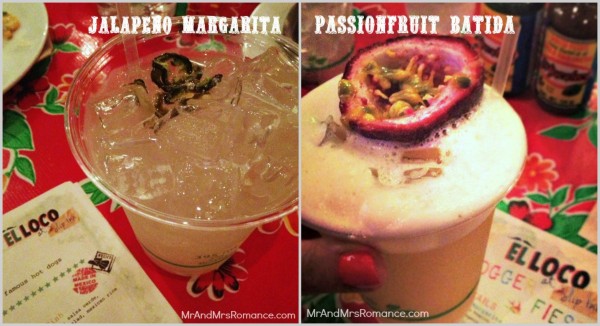 It’s delicious, but I’m wondering what’s happened to the jalapeno part. About five seconds later, the warmth of the homemade jalapeno syrup heats up my mouth. Mixing the drink with the straw also helps the slices of dehydrated jalapeno infuse with the drink. It’s so nice I order another!

There are other margaritas and cocktails on the menu, but I think I’ve ordered the best one. Mind you, Mrs Romance looks pretty happy sipping her passionfruit batida. In an environmental push, they all come in recyclable plastic ‘BioCups’. From the planet’s perspective it’s a nice touch, but I’d have preferred a glass. 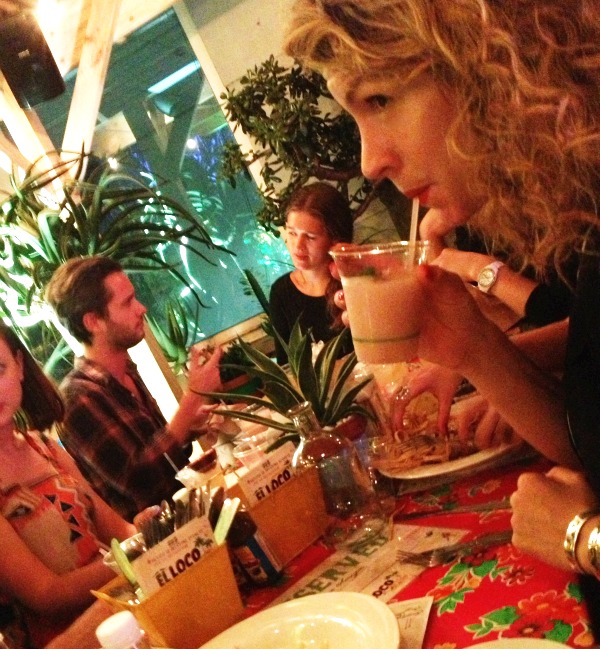 As for the food menu, it’s just as extensive as the drinks’. The dishes are all constructed by El Loco’s award-winning head chef, Dan Hong, who is responsible for setting up the Surry Hills El Loco and Ms G’s in Potts Point. He also launched Merivale’s biggest restaurant, the 240-seater Mr Wong in the CBD. 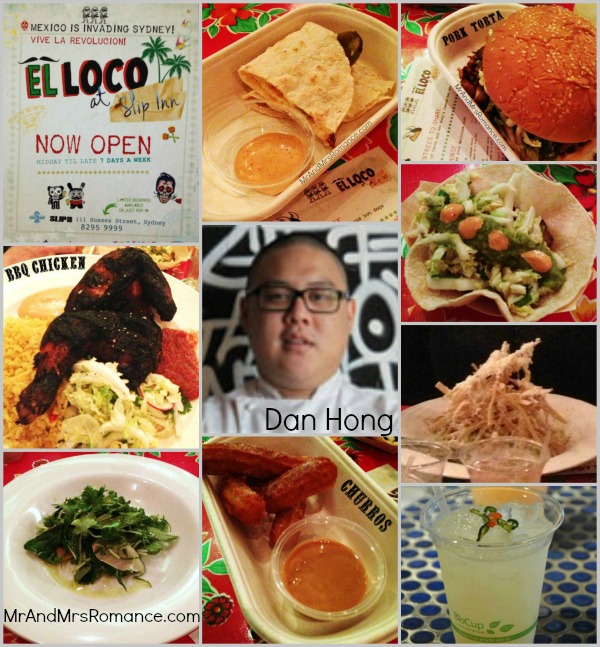 Hong’s aptitude for delivering smart, simple, fresh dishes is obvious in his latest challenge. El Loco’s entrée selection is replete with taco options from classic beef, pork, fish or chicken to the breakfast taco, tofu, prawn, or the elusive ‘secret taco’, which contains… well, it’s a secret. Every week there’s a new ingredient. 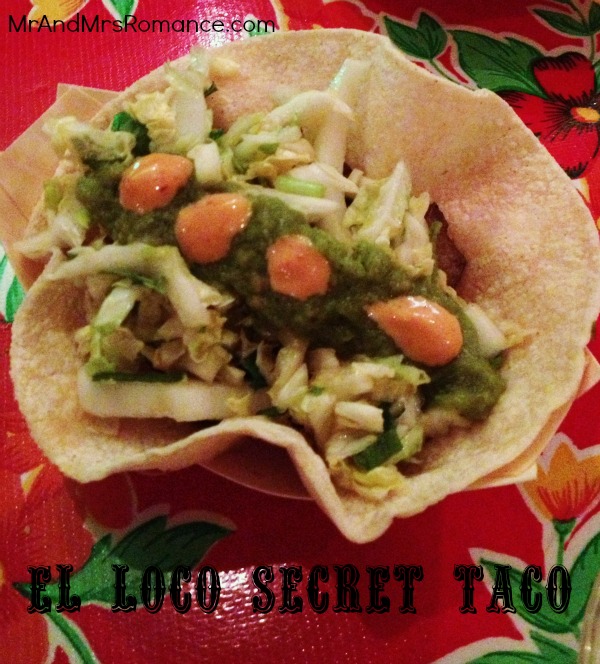 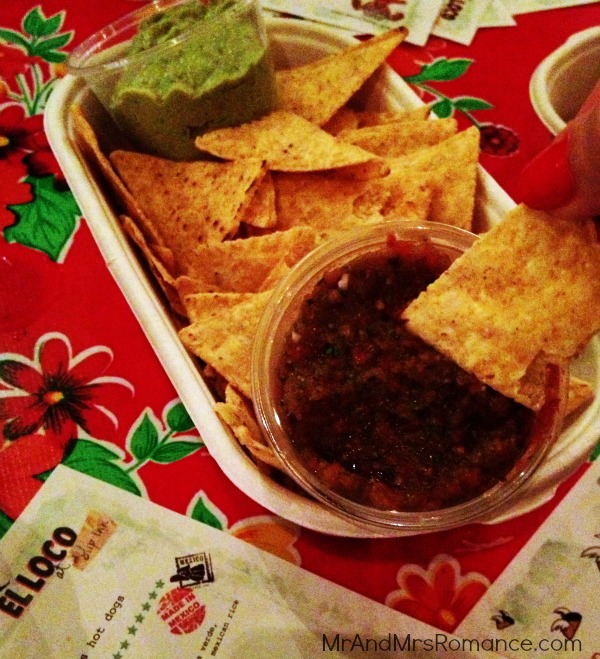 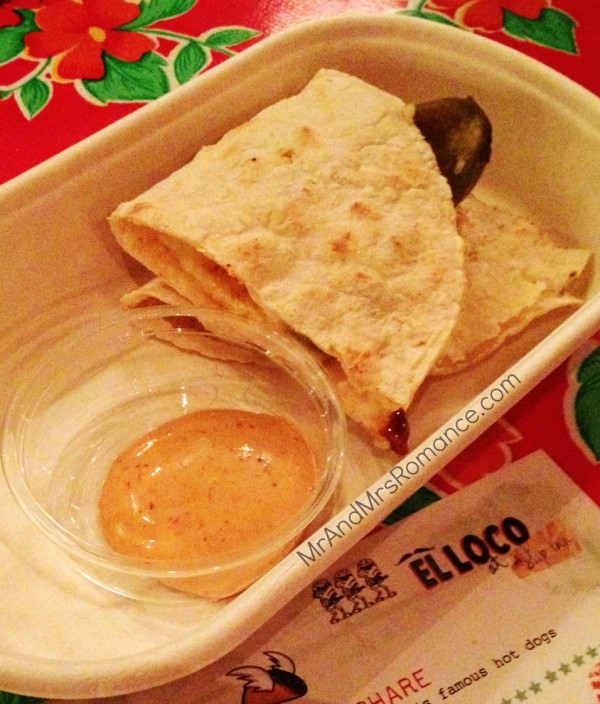 I later discover the one I ate was tongue – which was delicious, by the way!

The crunchy chipotle fries are good, and Hong’s signature Mexican hotdog isn’t to be missed either.

For mains, the range is also mouth-wateringly difficult to choose from. The fish and pork tortas – kind of like Mexican reuben sandwiches – look good, as does the grilled fish, which is sweet and juicy. And I have to mention the barbeque chicken is huge, tender and charcoal-blackened. 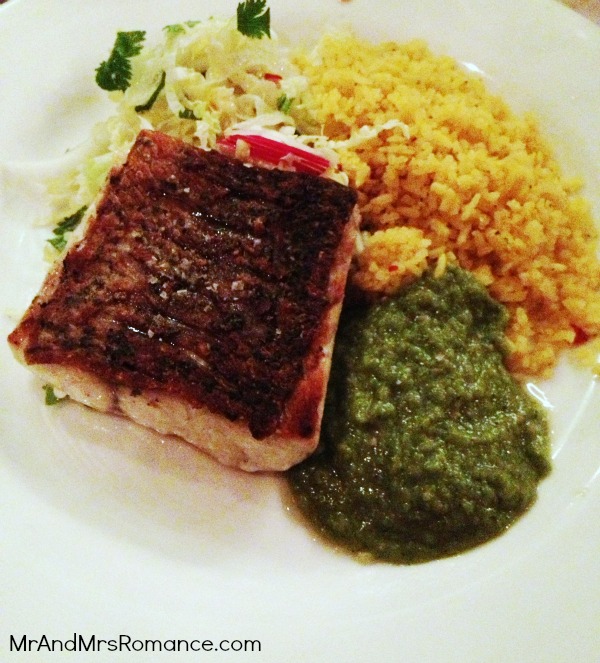 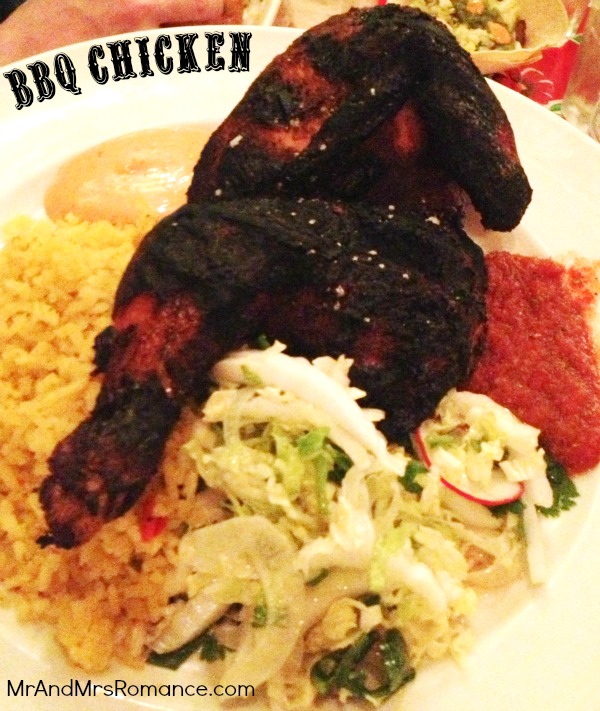 But I go for the daily special: roasted pork belly, because I’m a pig. I wonder if that somehow makes me some kind of cannibal. 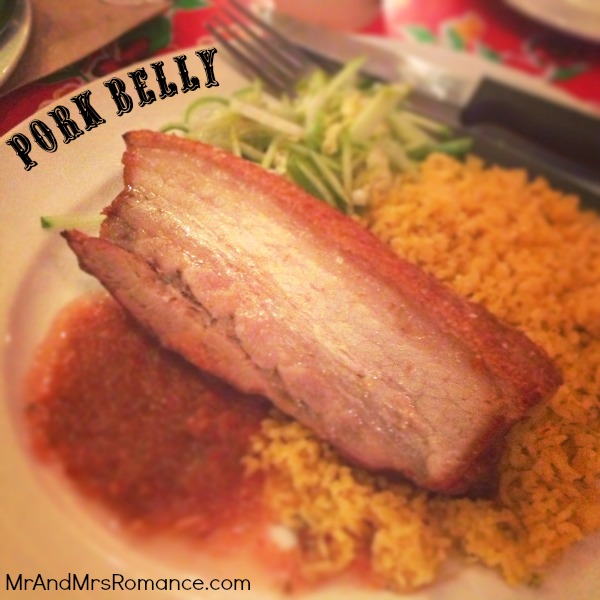 When it comes, I realize I’ve over-done it on the tacos. The slab of crackling-covered pork belly is enormous. It comes with a brilliant apple and shredded cucumber salad, soft Mexican rice and a tart pineapple salsa. 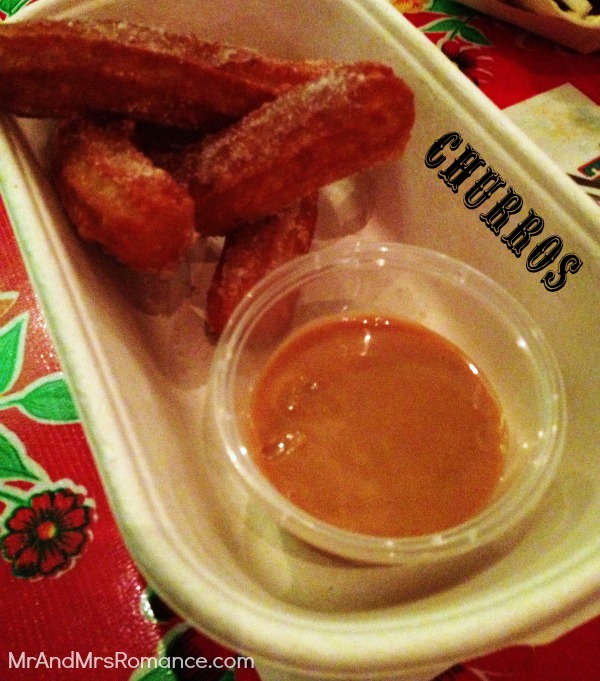 Finally, the churros come out with a thick, luscious caramel dip. They’re perfect – crunchy on the outside, creamy inside and just the right amount of vanilla too.

Head over to El Loco at Slip Inn for lunch or dinner Monday to Sunday – 12pm till late. It’s a good idea to call ahead and reserve a table. 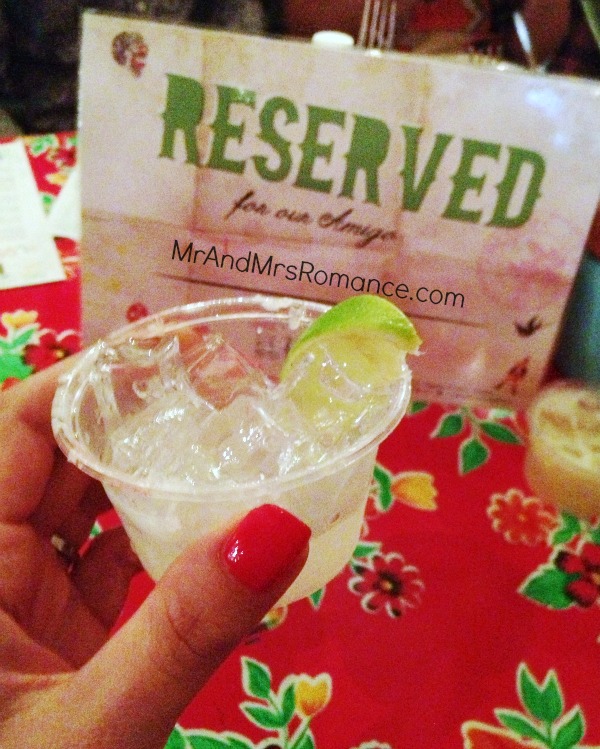 If you like El Loco, you’ll love The Palings, another Merivale stroke of genius. Here’s our review of The Palings and all their details!

Images by Mr & Mrs Romance, and from the El Loco website. Thanks to Merivale and SBPR for inviting us to sample El Loco’s latest flavour!