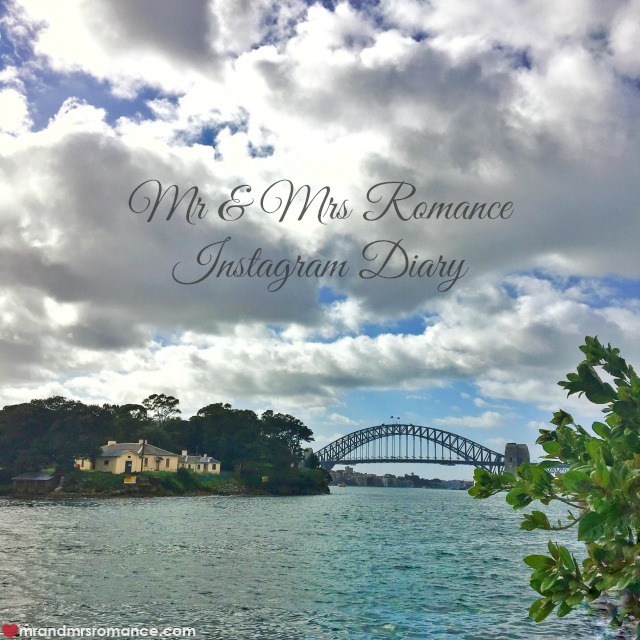 It’s been a funny old week this week. Lots have happened – like the passing of music legend Prince, Donald Trump winning the NYC primaries, the Queen and Sir David Attenborough turning 90… it makes our week look a bit boring. But we’re still pretty happy the way it’s all going.

With some exciting travel news – our flights are now locked in for a trip to Asia at the end of May and, closer to home, we’ve finalised our arrangements for a trip to the rural town of Scone for a couple of weeks’ time.

Mrs Romance’s latest ebook is almost ready to launch right on schedule too. You can pre-order it here for a discount or wait until it comes out at the end of the week. Up to you. But if you’ve got curly hair and you’d like some hair-spiration from the best in the business, this book’s a game-changer.

And for everything else, there’s Instagram! Here’s our week summed up in the latest edition of our Instagram Diary! 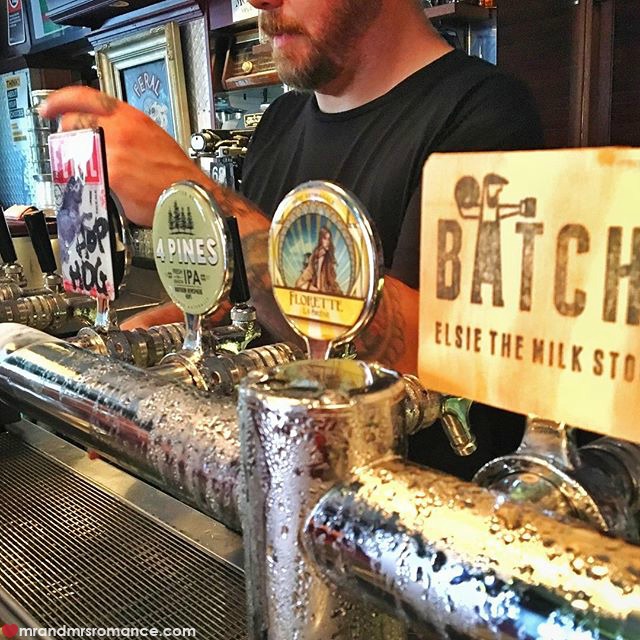 This afternoon, we’re out at my all-time favourite pub, the Royal Albert in Surry Hills. We’re catching up with our new friend Paul, who we met on our visit to Q Station in Manly recently. It’s good to see him – and even better to see my mate Mikey again (sorry, Paul!). Mikey’s the main man at the bar here. The beers at the Royal Albert are always delicious and always well-kept too.

And as for their burgers… well, I would have a photo to show you this time, but I ate mine before I could even think about pics. You’ll have to make do with what we’ve written before about them. They’re amazing! 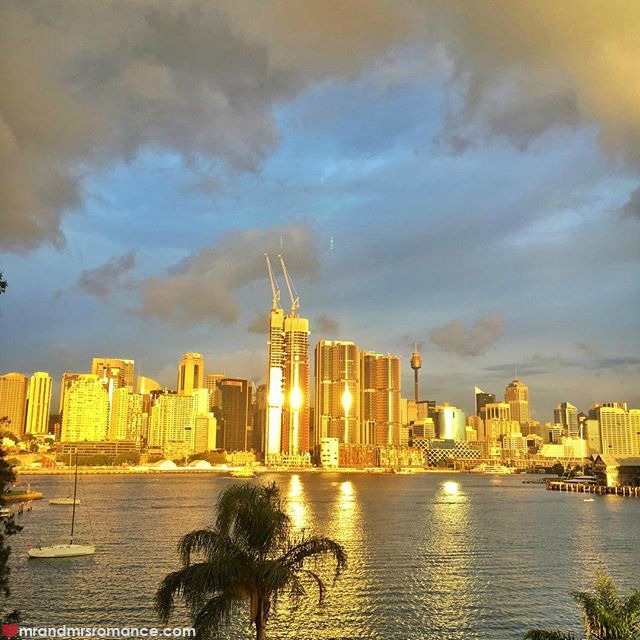 The light over the city this evening is absolutely sublime. This is true Golden Hour light – the time of day just as the sun’s setting when everything turns to gold. It’s a photography trick Mrs R has told me about lots of times but this is the best example I’ve ever seen. There’s also Blue Hour, which happens at some point after the sun’s gone and everything has a blue quality about it.

If you want to find out exactly when it’ll be Blue or Golden Hour wherever you are, check out this amazing site that tells you not only the time of day but also the direction of the sun. 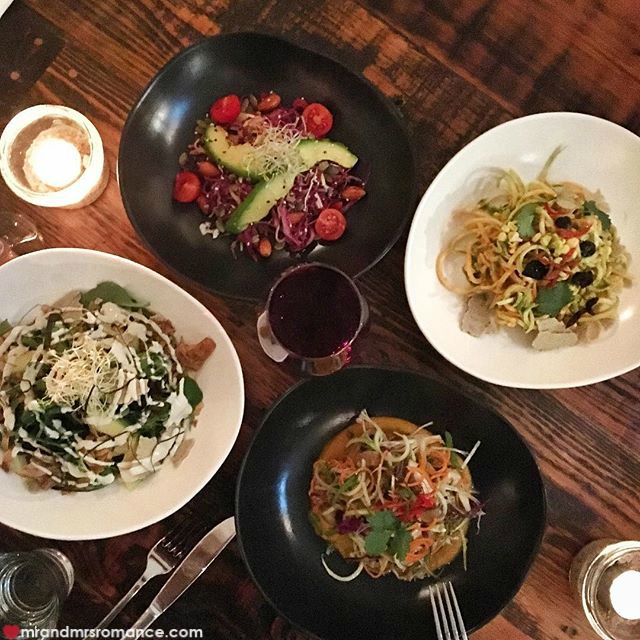 Tonight we’re out for dinner with a couple of awesome friends we haven’t seen for ages. They’re vegetarian so we’ve taken this opportunity to go for another meal at The Plant Gallery, an amazing raw vegan restaurant in Bondi.

While we’re there, the people on the next table tell us – almost as if they’re trying to show off – that they’re meat eaters but that they come here all the time. And I think that’s what I like about the food at The Plant Gallery. Even if you don’t follow a raw vegan lifestyle, the food here is so good, you’ll enjoy it anyway. 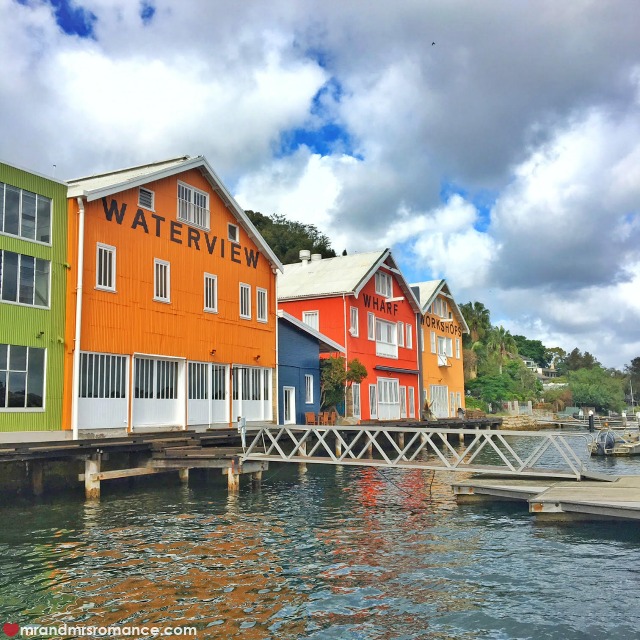 This afternoon Mrs Romance and I have gone for a stroll around the harbour foreshore around Balmain – perhaps in search of another hidden waterside cafe to add to our list. Instead we find these brightly coloured offices. Wouldn’t it be nice to work somewhere like this? 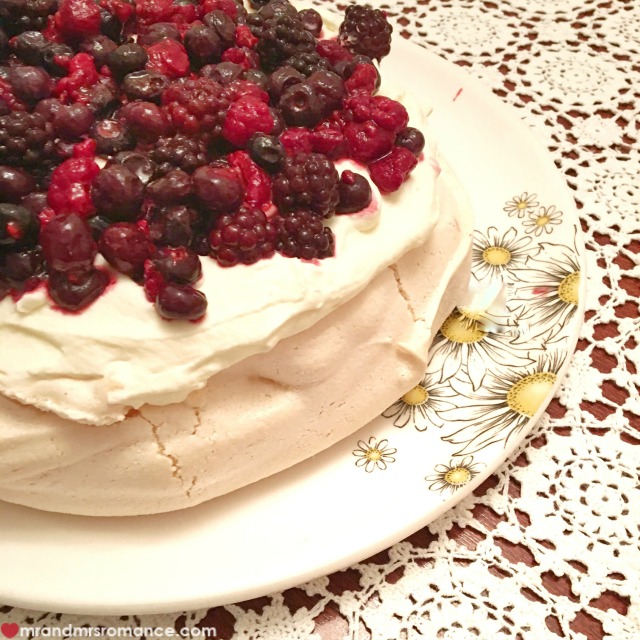 We’re round Mrs Romance’s mum’s house tonight for dinner. She’s knocked up one of her specialities: a pavlova. Except this one isn’t her usual recipe – it’s one from Donna Hay. I have to say we’re none of us all that impressed. Compared to Mrs R Snr’s usual efforts, this is no good. Take that, Donna Hay! 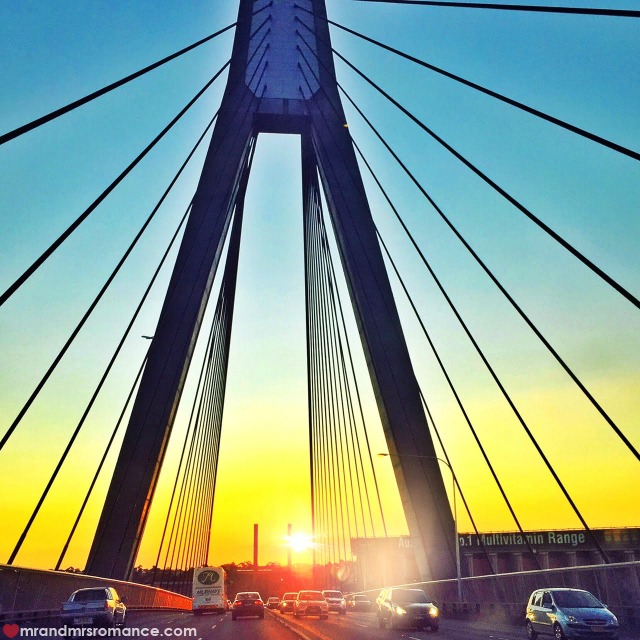 today is ANZAC Day. It’s Australia and New Zealand’s remembrance day for fallen soldiers serving in the ANZAC Regiment in WWI, and also all other casualties from the armed forces since then.

It’s a very sad day, but also one for celebration. And this is where the Aussies get it right. They make it a public holiday and they bring back an illegal form of gambling only really seen in pubs: Two Up. It was made illegal because so many people lost so much money to it, but you’re still allowed to play on the 25th April. Come in, Spinner!

Here’s what we’ve written about how we celebrate the lives and remember those who have given everything for our freedom in Australia. 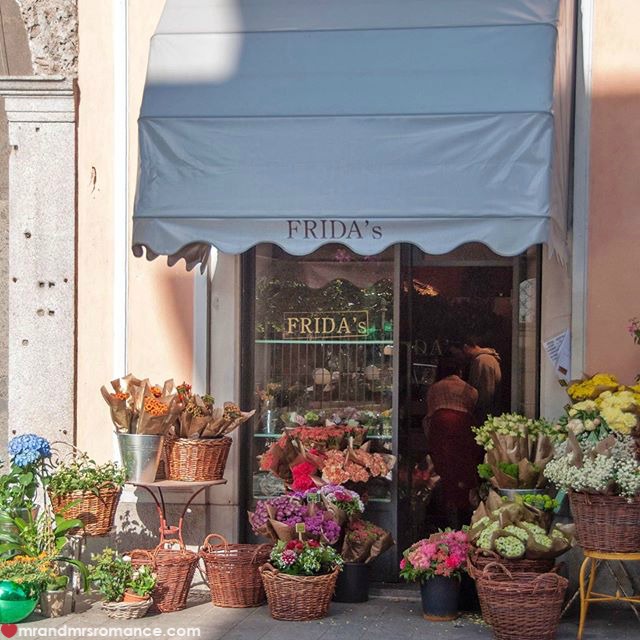 The flower shops in Italy are just so beautiful. Even in the heart of Milan – a town known by Italians for its industry and office life and the rest of us to fashion design – you’ll find lovely little shops like this: Instagram gold! 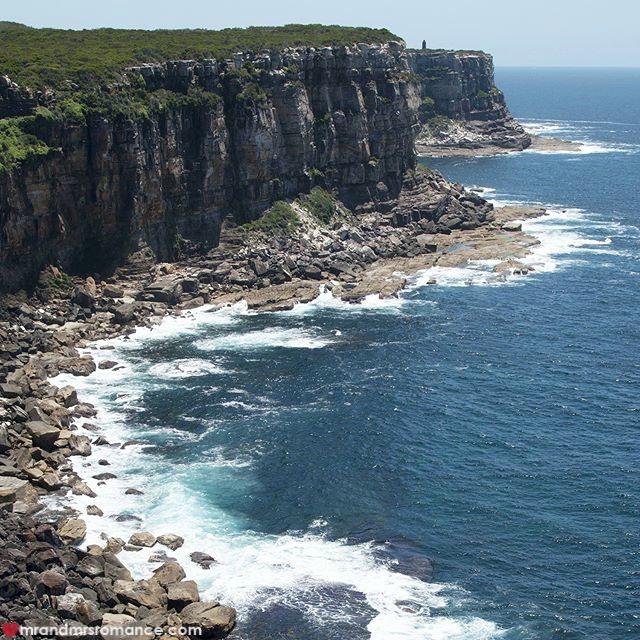 This rugged, isolated coastline could be anywhere, couldn’t it? But you certainly wouldn’t expect it to be 5 minutes from Sydney. This is from North Head leaving Port Jackson and Sydney Harbour. The coastline along the edges this part of Sydney are just stunning! 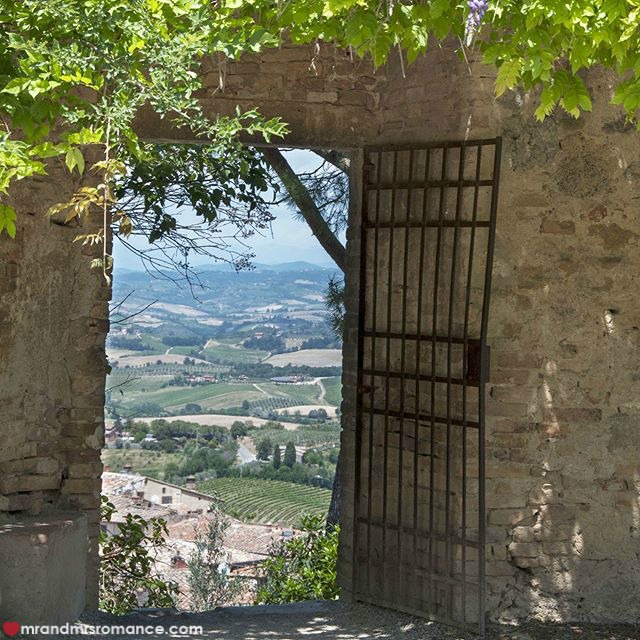 The old walls of a hilltop town in Tuscany open out onto the rolling countryside of our favourite region in Italy. It’s so easy to drive along a road you have no idea of where it goes and find yourself somewhere like this. And you can bet there’s an amazing little cafe or bar here too!

Here are some more of our tips on how to spend a week in Tuscany! 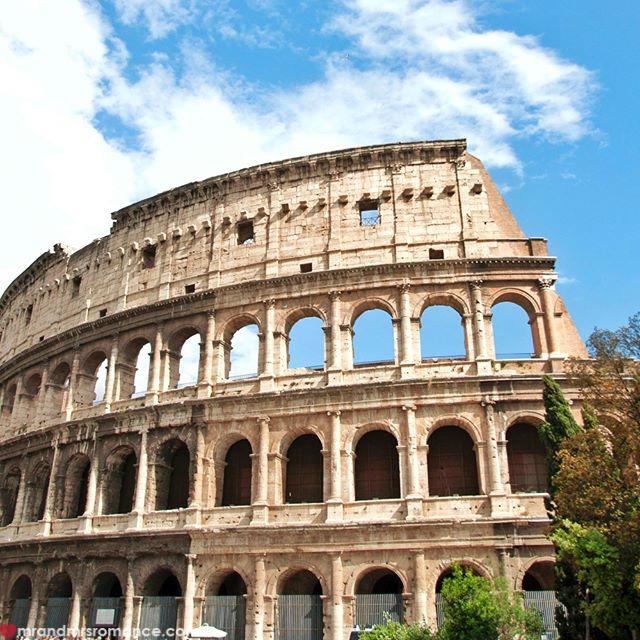 Rome is one of those places that completely confounds you. I had trouble comprehending it before I arrived but even once I was there, I was still astounded by the history, the grandeur, the crumbling clutter of an ancient city still in full use. There are other cities in the world as old if not older than Rome, but there’s something about its majesty that begs belief.

The Colosseum is kind of the crown of this incredible place. It’s so old and so grand. It’s well worth paying for a short walking tour when you come here. You not only jump the horrible queues, you also get insights and details you’d never find out on your own here. 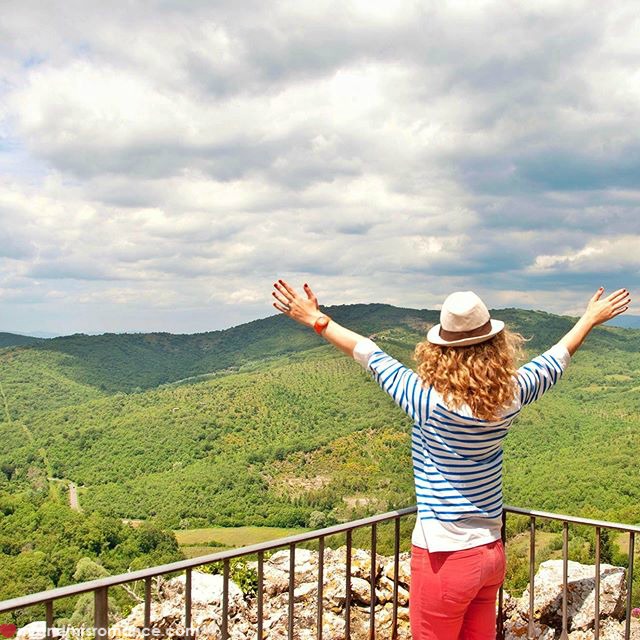 From the ruined battlements of another hilltop village in the heart of the Tuscan countryside, Mrs Romance does her best ‘inland Titanic’ impression! This was another ‘drive around till we see something’ discovery in Italy. There’s still so much history even in this tiny town. From Etruscan heritage to WWII horrors, there are a million stories within its walls.

There’s also an amazing elevated ristorante here… I just wish we could remember the name of the town! 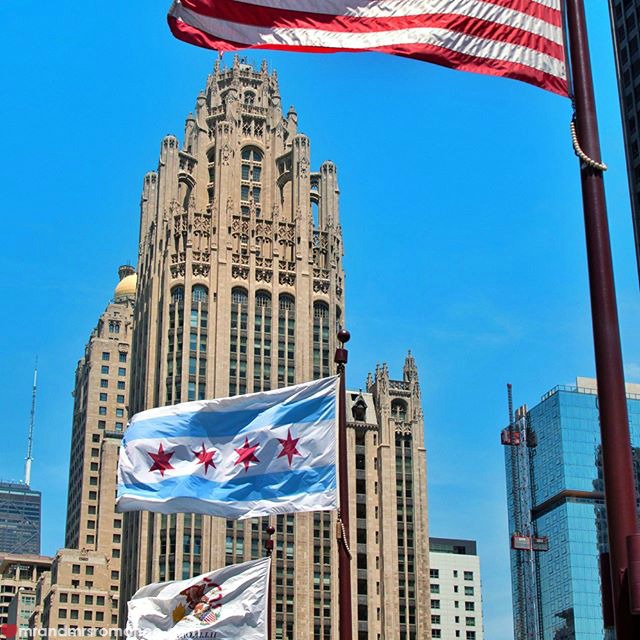 The Tribune Tower in Chicago is one of the city’s star buildings. But there are so many more. Chicago is truly an architectural gold mine. This shot’s also being photobombed by the John Hancock Center (the city’s second highest building) just in the bottom left corner!

You can see so many of the amazing buildings on the architecture and history cruise on the Chicago River. I thought it was going to be a bit of a tourist rort, but it turned out to be one of the best things to do here. Here are more details on what happens on the cruise. 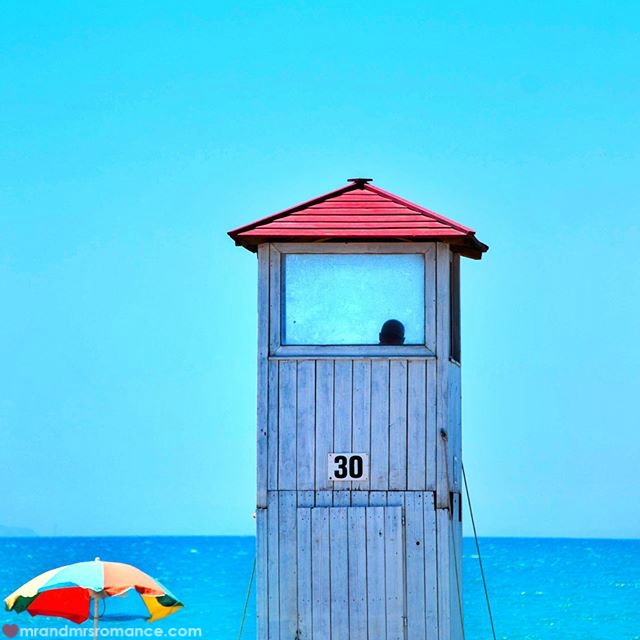 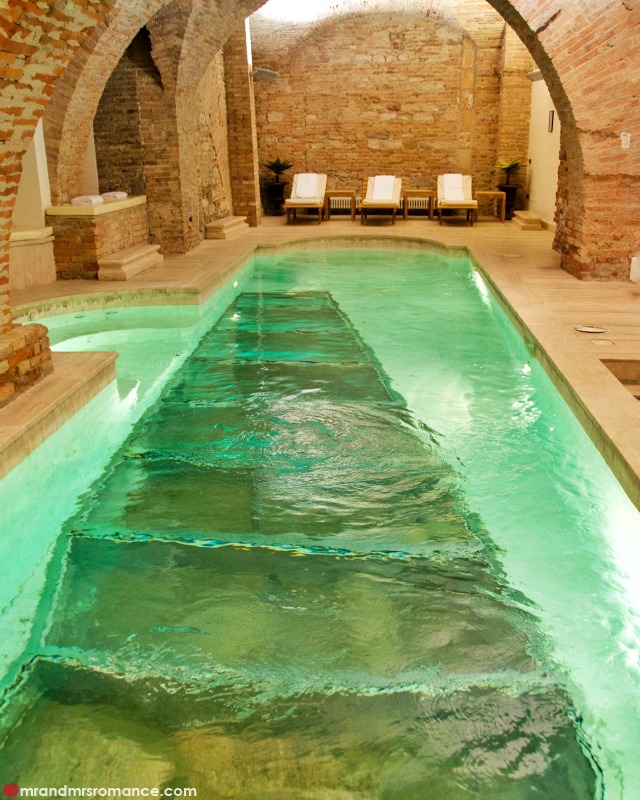 The pool in our hotel in Perugia was an amazing surprise. The Hotel Brufani Palace is built on top of an ancient Etruscan wall. Instead of knocking it all down, the architects here have put glass over the top so you can see it as you swim. What an amazing idea and a beautiful nod to the ancient heritage of Italy.

Here’s more on our stay in the Brufani Palace, Perugia.

To sign things off this week, let’s see what Angry Bastard’s been up to. He’s only found some curious beef jerky called ‘Road Kill – the champagne of beef jerkies’! What a loony. Sadly his picture is ugly and we couldn’t allow it to spoil the fine aesthetic of our IG Diary. But if you’d like to see what it’s all about, click here.

So how are you? What’s your week been like? Tell us in the comments!

Beyond London: the best Medieval village in England – Lavenham, Suffolk

With its crooked Tudor houses leaning into its little high street and a heritage dating back to William the Conqueror, Lavenham, Suffolk is Britain’s…