Kyoto, once the capital of Japan, is one of those places that gives the true culture of its country. This is no less apparent when you visit the many shrines here, but with so many to choose from, here are our top 5 temples to visit in Kyoto. 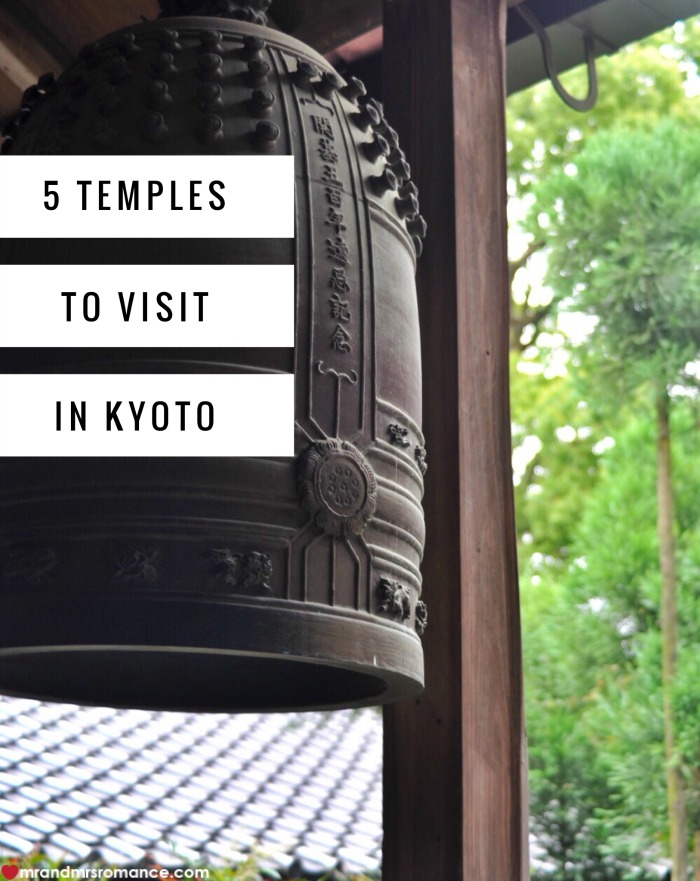 After having spent about a week in Tokyo, I wasn’t sure what else another Japanese city could possibly offer. I mean, Tokyo really does have it all.

It’s a good job I enjoy being proven wrong, isn’t it? Mrs Romance has taught me that particular nuance of humility.

However, what our trip to Kyoto taught me was much more fulfilling. 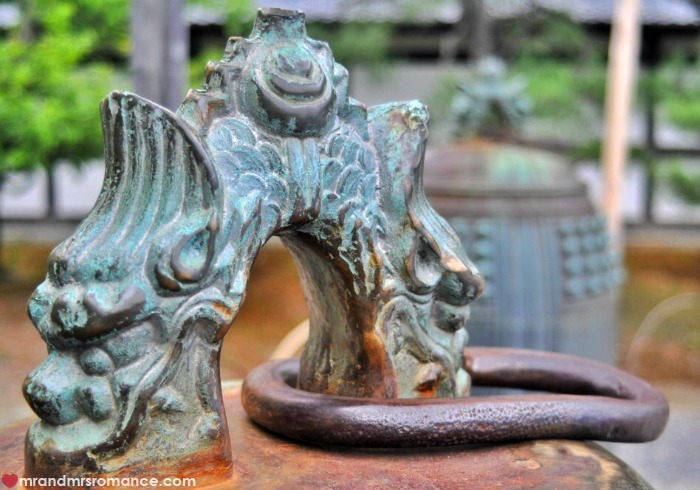 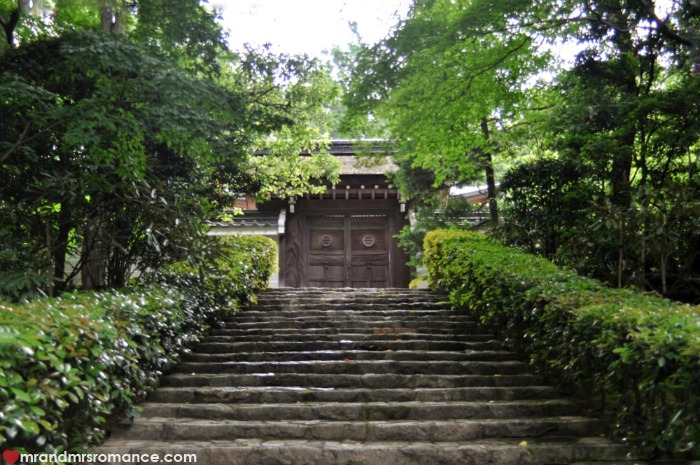 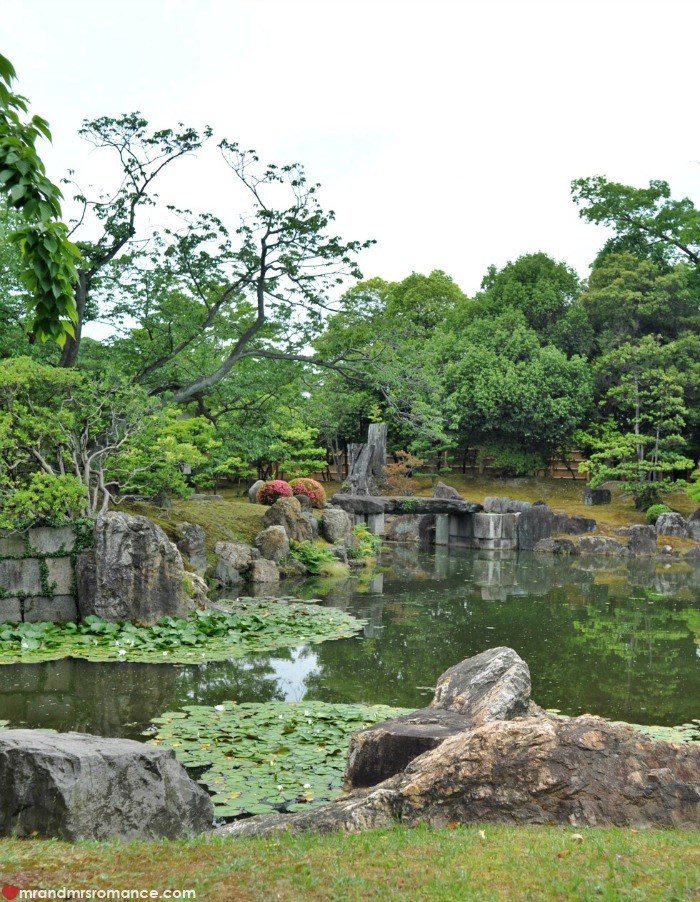 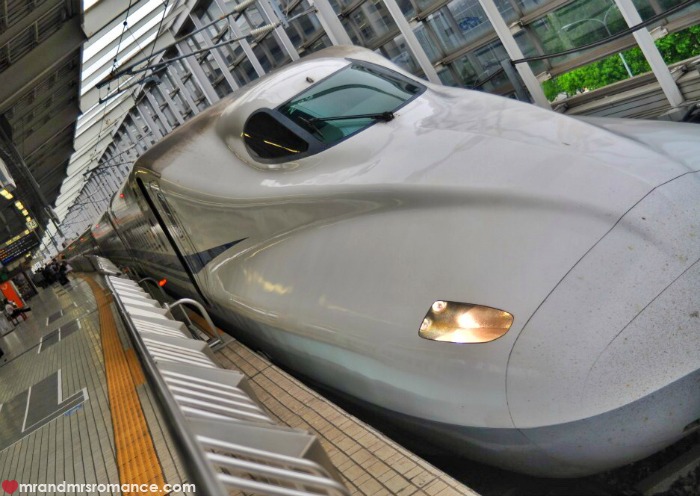 From the moment we boarded the shinkansen (the famous bullet train that hurtles its way 500km across the country in about 3 hours) that wonderful intrepid feeling filled my mind. I don’t know why, but this really felt like an adventure.

Get your JR Pass for trains around Japan – including shinkansen – here. You can even buy them before you leave home!

We wandered about Kyoto’s streets enthralled with pretty much everything. It is so entirely different to Tokyo it’s like comparing apples and oranges. And I use that cliché for a reason.

Tokyo has that Big Apple feel to it. There’s very much the feeling of rush and commerce there – a New York dimension.

As for Kyoto and oranges, well, that’s where this literary device breaks down a bit. I suppose you could say that – as this city is the heritage heartland of Japan’s Buddhist culture, the orange robes of its monks go some way to completing my metaphor. 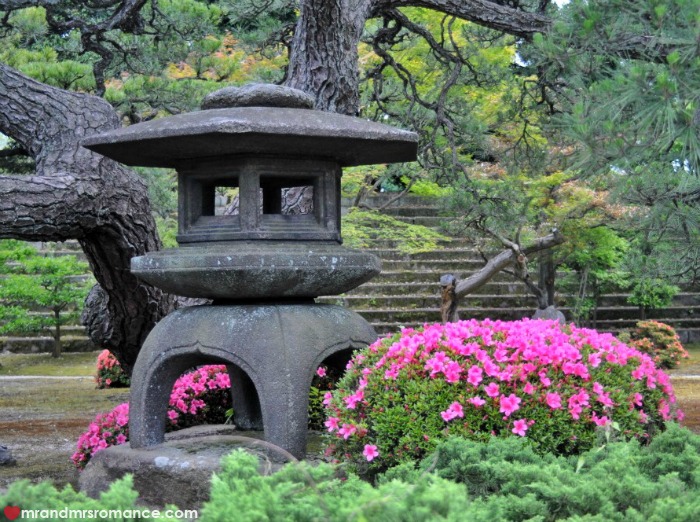 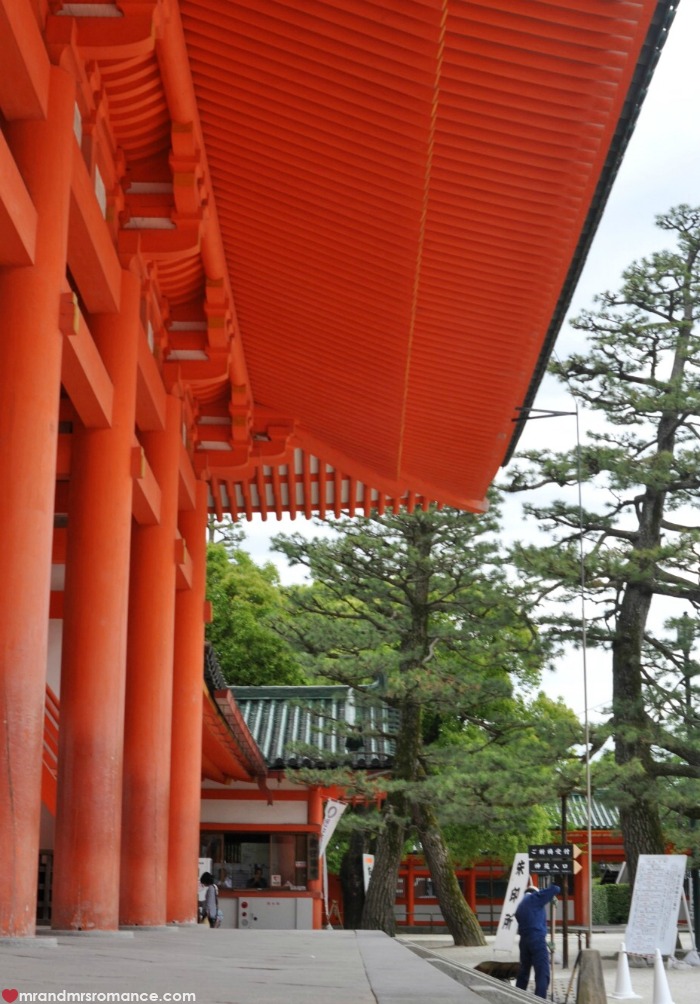 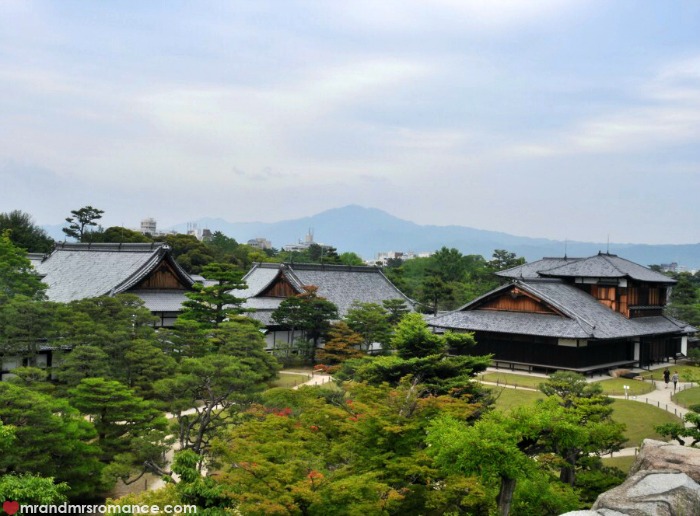 And aside from all other elements of its history, the amazing feeling of inner peace you can find in Kyoto’s Buddhist temples and Shinto shrines are reason enough to come and explore this remarkable city.

The only problem is, with so many to choose from, which temples do you go to?

Navigate Kyoto on your phone with low-cost high-speed portable wifi you can book now and pick up at the airport. Check it out.

Here are our top 5 temples to visit in Kyoto 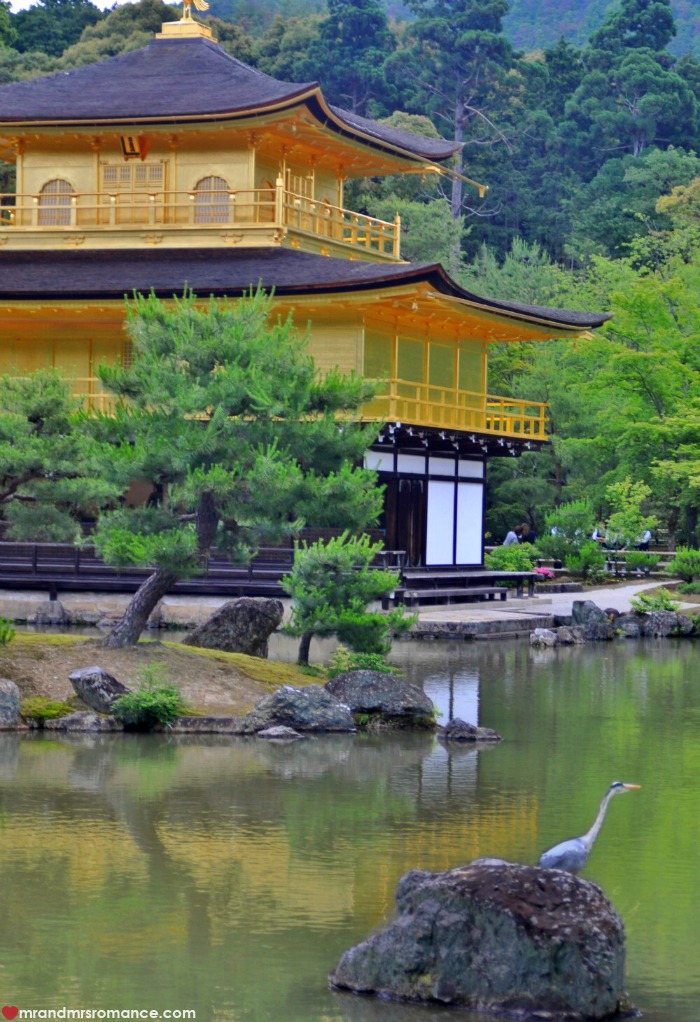 Kinkaku-ji – or Temple of the Golden Pavillion – was founded in the late 1300s. Looking as if it’s emerged from the jade green lake that surrounds it, Kinkaku-ji’s shining golden walls act as a striking contrast.

The building used to be the house of a powerful statesman, but when he died, the politician’s son turned it into the Buddhist temple it is now.

The current structure is actually a reconstruction of the old building, which was burnt down in a tragic suicide attempt by a disturbed monk novice. 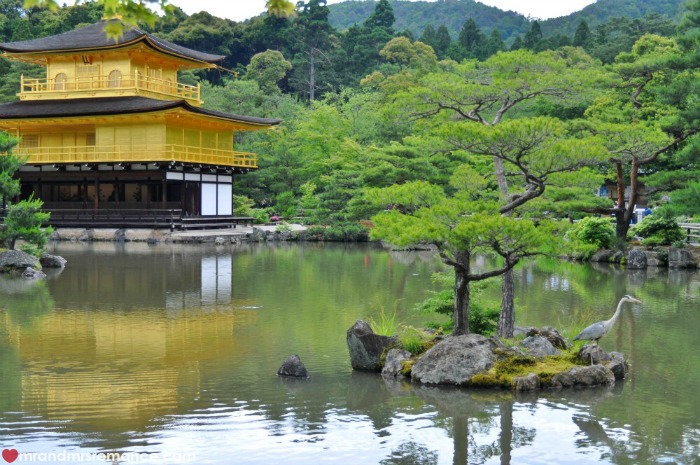 Nonetheless, the surrounding gardens, the striking temple, and the lake with its resident heron are truly beautiful. 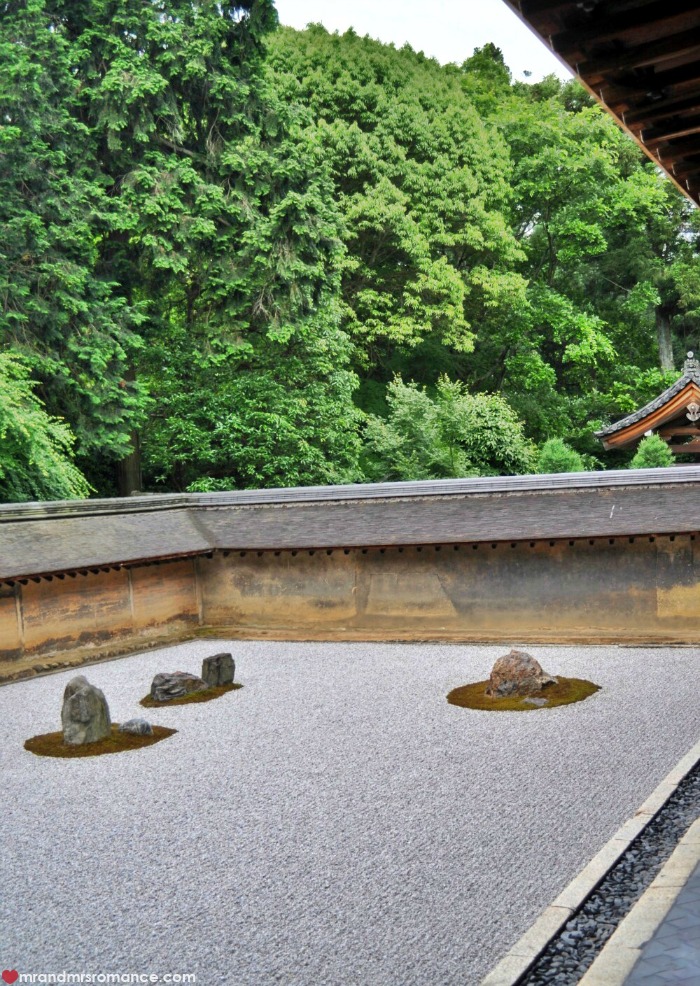 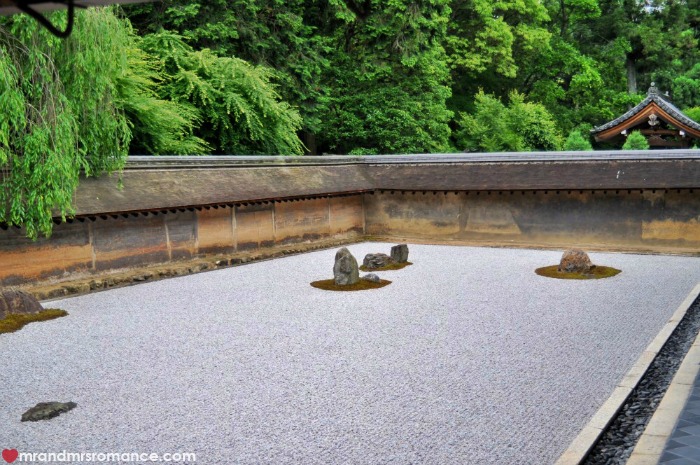 Ryoan-ji – or Temple of the Dragon at Peace – and its ‘dry landcape’ pebble garden is a zen Buddhist temple. The garden of raked pebbles (the pebbles are polished river rocks that are selected by the monks) surround bigger rocks positioned to facilitate and focus meditation.

This temple and its garden has been around since 1450 and is famous throughout Japan. Kyoto is also famous for its screen printing, and this rock garden is a favourite subject. 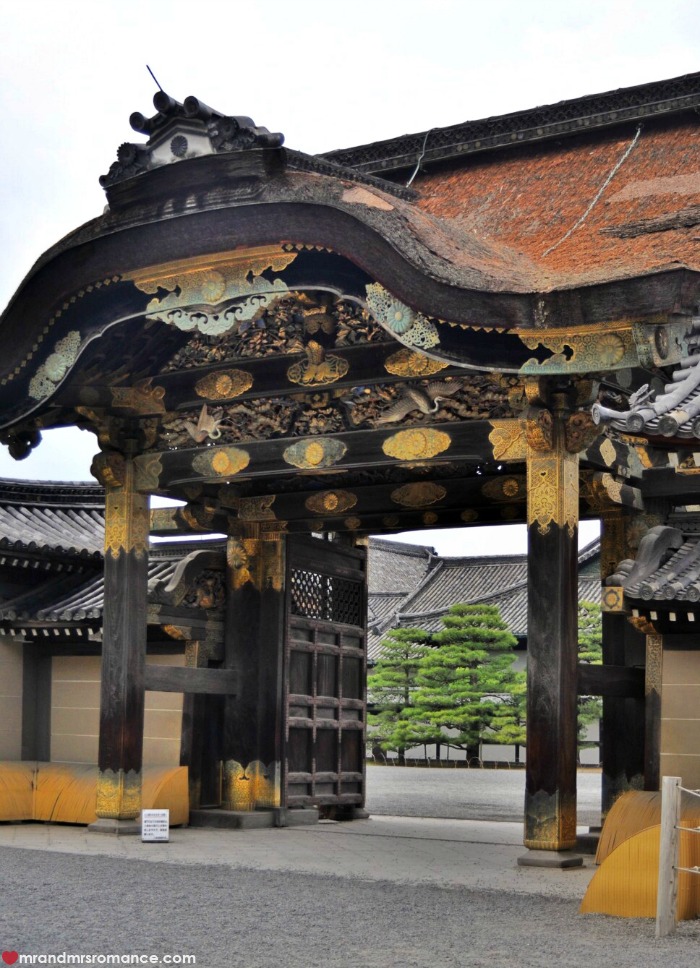 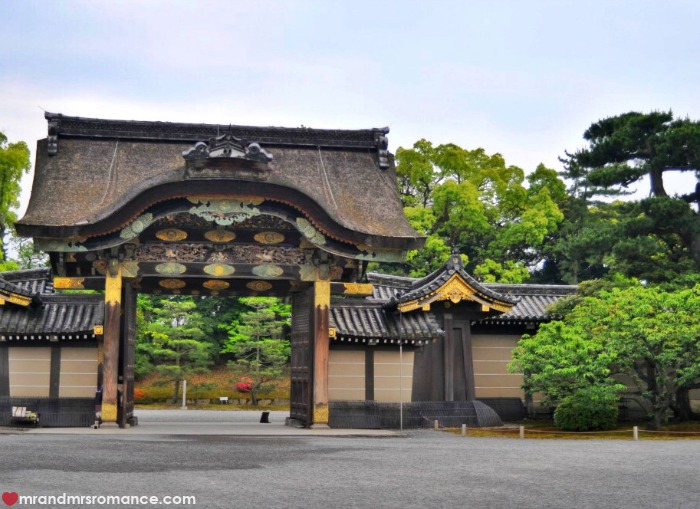 The history of this enormous shrine goes back all the way to 711 in the southwest of Kyoto. Now on the other side of the city, the shrine has grown to include part of nearby Mount Inari.

The main entrance of the shrine is impressive enough, but it’s the pilgrimage up the mountain through the thousands of bright orange and black Torii lining the path that people go to see. 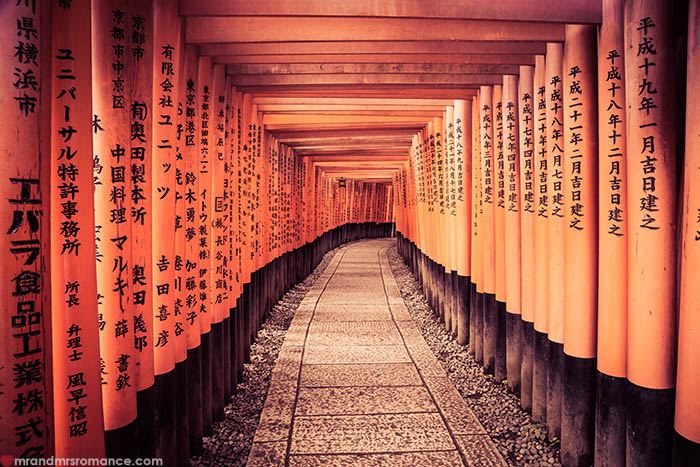 Once called the Gion Shrine after the area it’s in, this beautiful Shinto shrine, with its bright orange pillars and walls is one of the oldest in the city. Starting out in 656AD, the precinct is now quite big, and home to a few other, smaller shrines too. 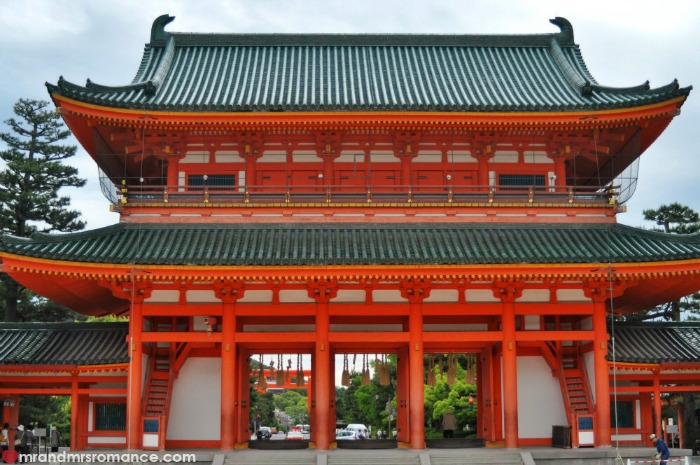 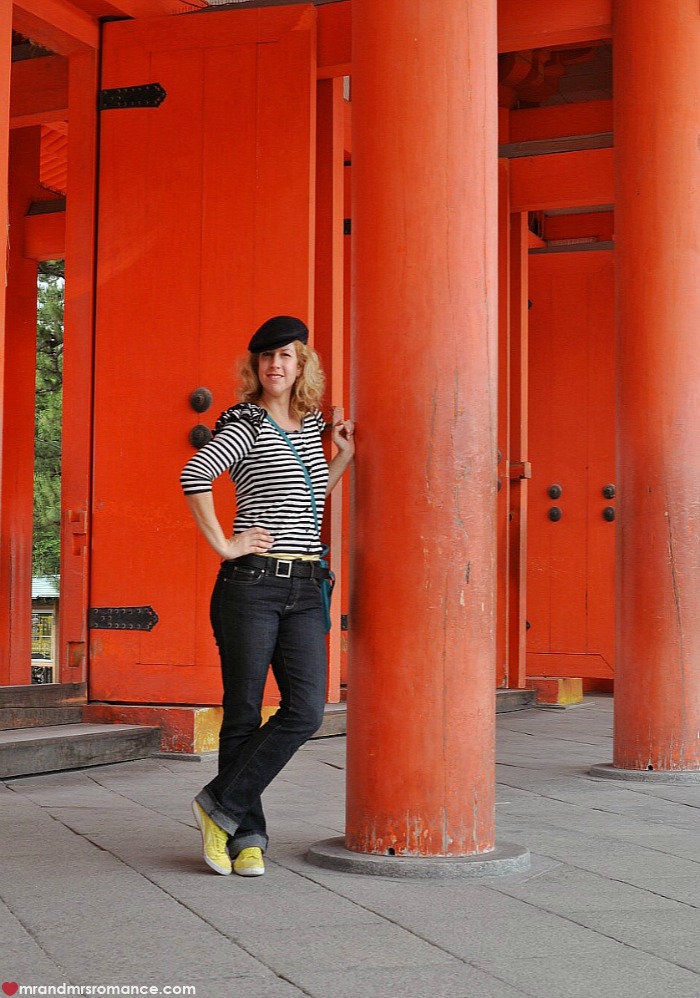 Gion was initially popular with travellers and visitors to the shrine. Later it became popular as a geisha district. However, the women here – and throughout Kyoto in fact – prefer to be referred to as geiko instead. Geisha means ‘artist’ or ‘person of the arts’, whereas geiko translates to ‘woman of the arts’ – a much more powerful message. 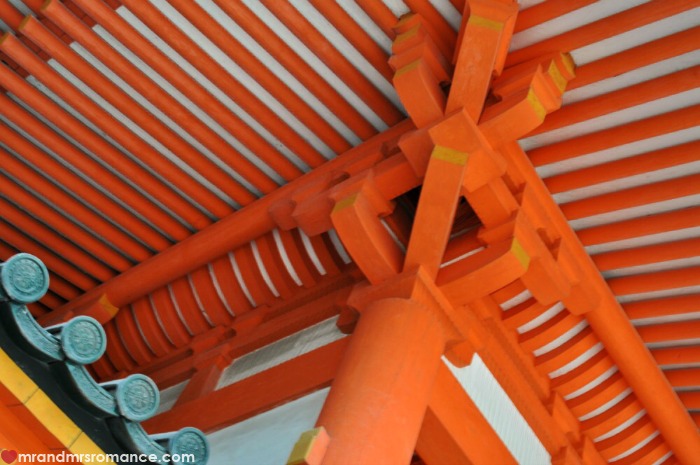 One we didn’t get to but wish we had is the ill-fated but lovely Otagi Nenbutsu-ji. Founded in 8th Century, it was later rebuilt after being destroyed by river floods. The temple was destroyed again – this time by civil war – in the 1200s and then relocated in 1922. It was damaged again in a 1950 typhoon.

Aside from its sad past, Otagi Nenbutsu-ji is now home to some 1200 stone figurines of Rakan – disciples of Buddhism’s founder Shaka. These 3” high characters all have different expressions and are doing different things.

They were carved by amateur sculptors from across Japan, with the help of Kocho Nishimura, a master sculptor.

They were created between 1981 and 1991 but look just as much part of their surroundings as the oldest stone and woodwork. 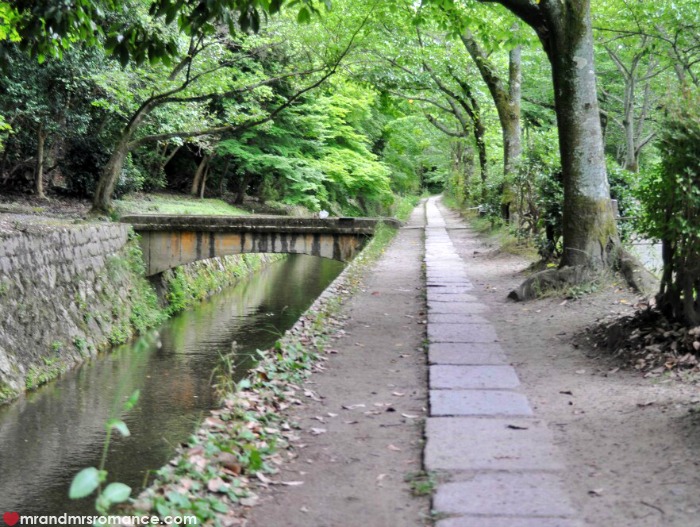 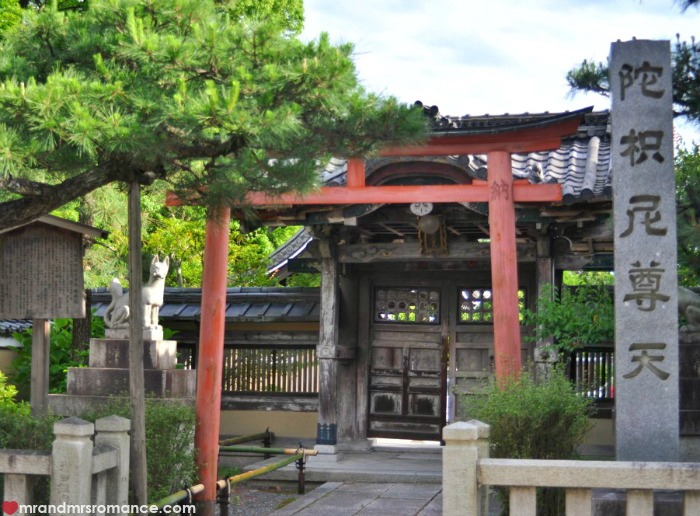 Kyoto is certainly an impressive city. You’re certainly struck by the amount of history and culture that’s still alive in here, which, until 1868 was the home to the emperors and Japan’s capital for 1000 years.

We’d love to have been able to spend more time here – if not to tell you about it, then just to experience it for ourselves.

If you want more in-depth information on Kyoto and its beautiful shrines, we defer to a couple of amazing sites: InsideKyoto.com is an amazing resource of all things Kyoto. Chris Rowthorn has written some amazing guides to the city that will set you on your way.

Also NeverendingVoyage.com – written by a travelling duo much like Mrs Romance and myself. These guys however are undisputed nomad masters and their travel advice is excellent. Check out their story of the 2000 temples of Kyoto. It’s great! 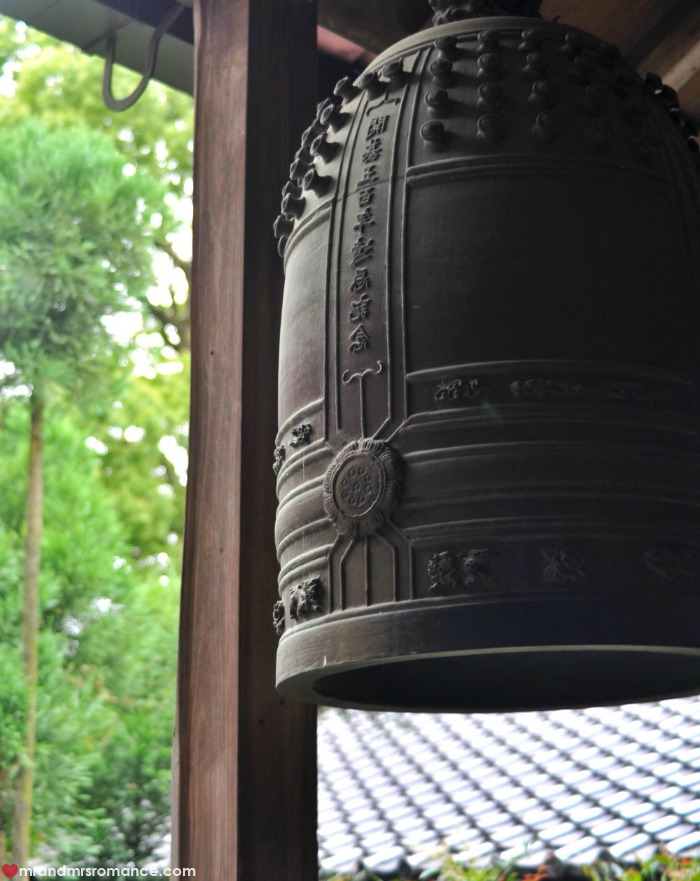 Have you been to Kyoto? How would you avoid temple burnout with so many to visit in Kyoto? Tell us in the comments!

Images by Mrs Romance and courtesy of Otagi Nenbutsu-ji website.

Sydney’s been in a strange old mood recently. It hasn’t been the build up to summer we’re used to here. Low temperatures one day, hot…