Sydney’s pub and bar scene is an ever-changing kaleidoscope at the moment. Publicans are having lots of fun trying out new things, testing new styles, branding themselves any way they want to. The result is some fascinating drinking holes where the venue can make the night. 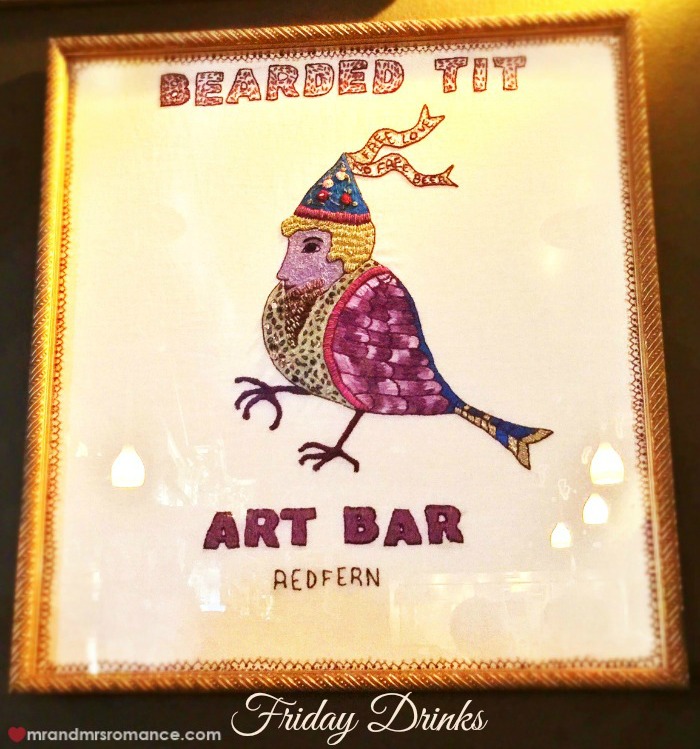 Every time a new bar sprouts up in Sydney – like a wonderful beer-filled mushroom, the city breathes in once more; intrigued by what this one will have on offer. How will this one be different from the rest? Will it hit the mark?

Our latest find is The Bearded Tit in Redfern. I love the name – the play on words, and how it’s poking a little fun at itself and its genre. But inside, a long way from parody or self-deprecation, you can tell this is a place of carefully styled eclecticism.

Things like one whole wall covered in vintage mirrors, the multicoloured stools lining the bar and the creatively upholstered booths give this venue a really unique feel.

And then there’s the courtyard out the back.

As well as tables made of repurposed barrels, brightly coloured park benches and a birdcage full of flowers, your eye is immediately drawn to the dishevelled-looking little caravan parked there. It’s very quirky and so matches the rest of the bar perfectly. 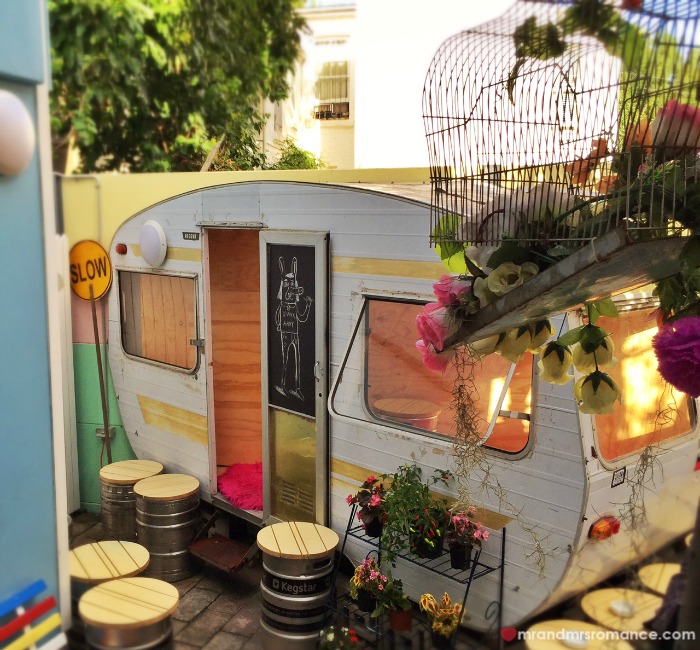 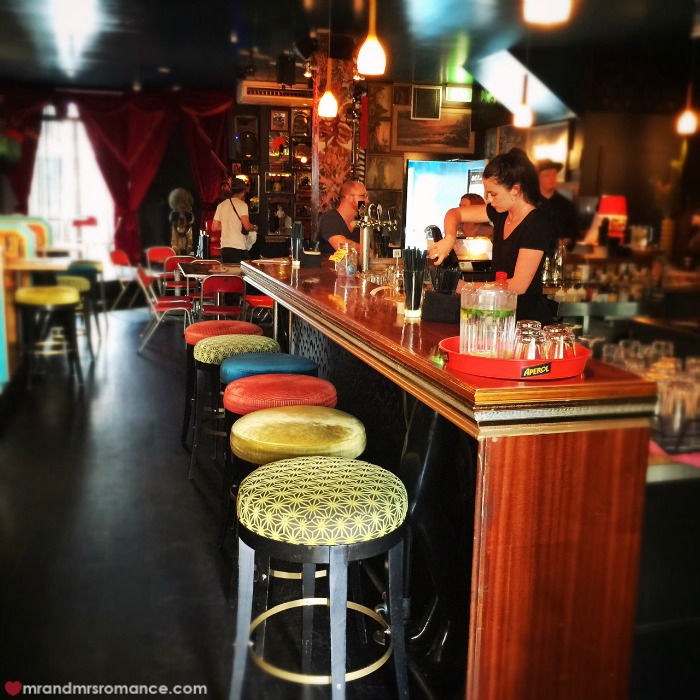 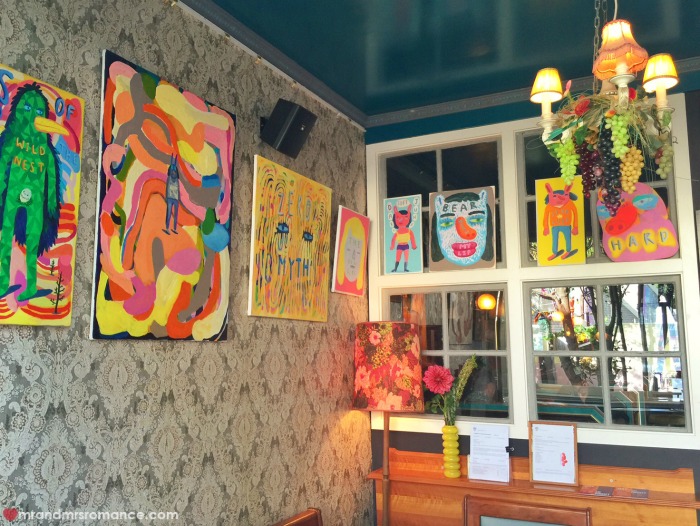 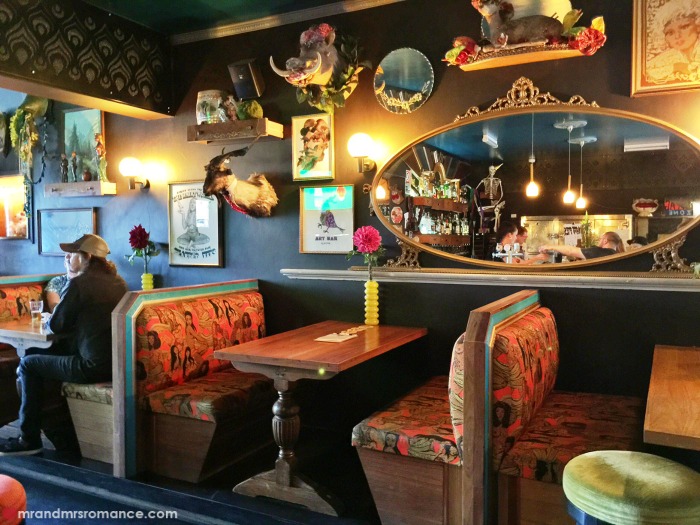 The Bearded Tit calls itself a ‘small bar and gallery’, which I get. There’s a lot of interesting local art and wacky crafting around the place.

But the mounted hunting trophies the pie oven behind the bar and the odd mix of music from the DJ gives the place a feel of something other than a gallery.

In fact being here takes me back to when I was in Chicago and New York City. It reminds me of the dive bar culture that’s going strong over there.

Of course, the Bearded Tit has put its own Aussie twist on things – like being one of the few bars left in the country to still pour Resch’s beer – a classic lager only sold in New South Wales but now considered a bit of an old man’s drink.

They also have Murray’s Angry Man Pale Ale on tap and a good selection of spirits behind the bar. 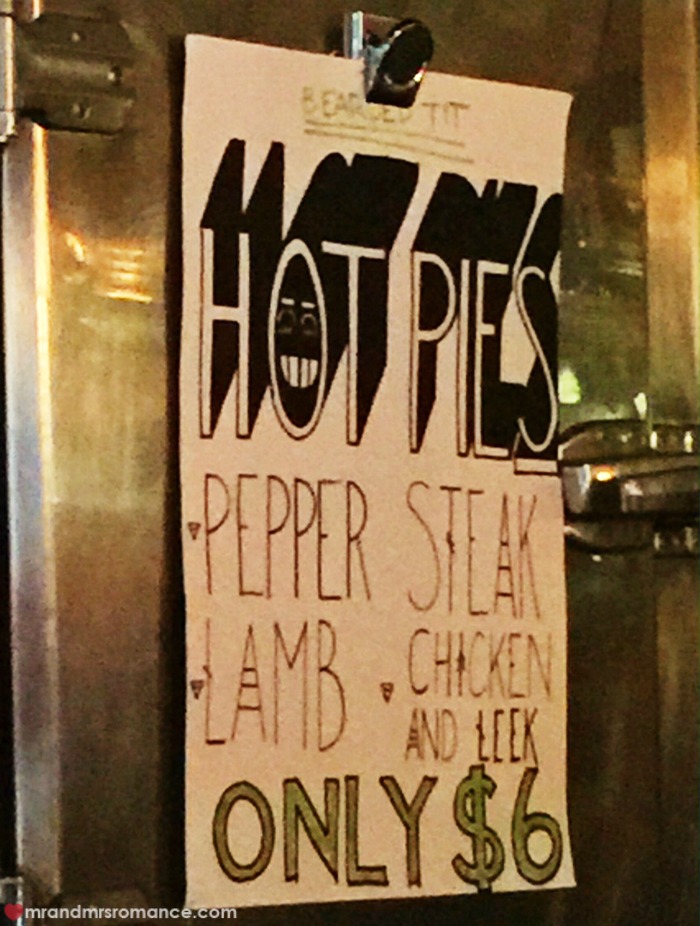 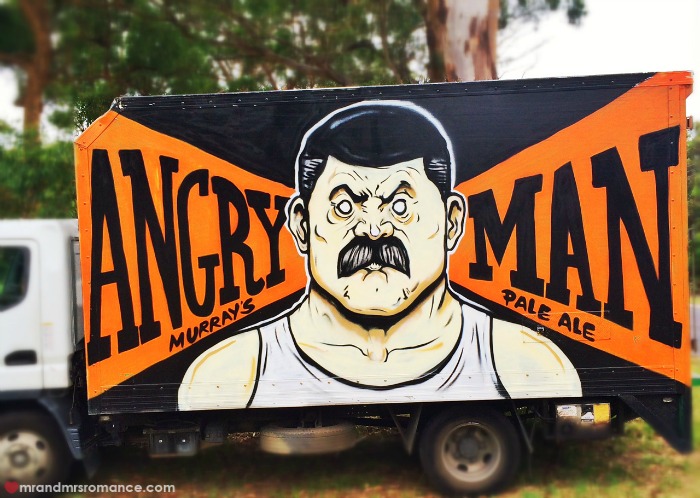 We leave the Bearded Tit wanting to stay longer, with the sounds of 1930s western band Sons of the Pioneers ringing in our ears – though the DJ started the night with classic ‘80s tracks!

On other nights the front of the bar has bands up on the little velveteen-curtained stage, which would be fun to see.

I’m sure we’ll be back here soon. It’s just too much of a fun place to miss out on. 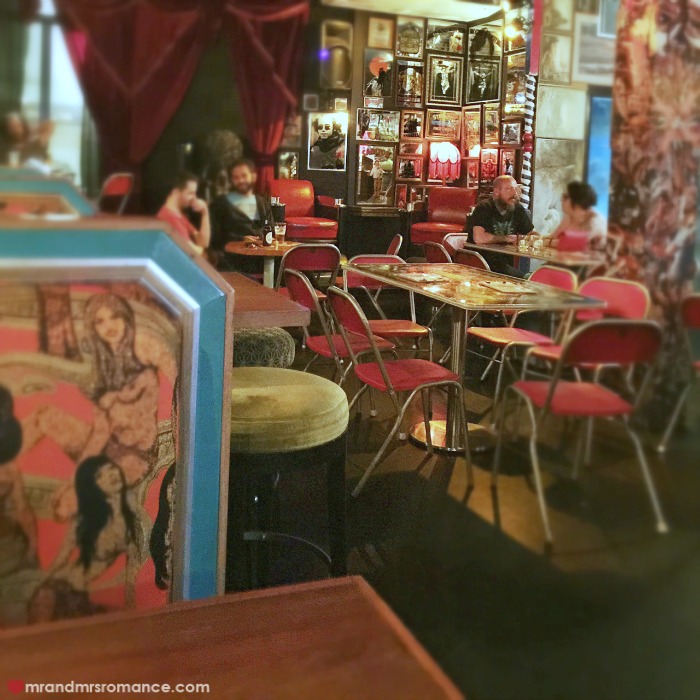 The Bearded Tit – in memory of now 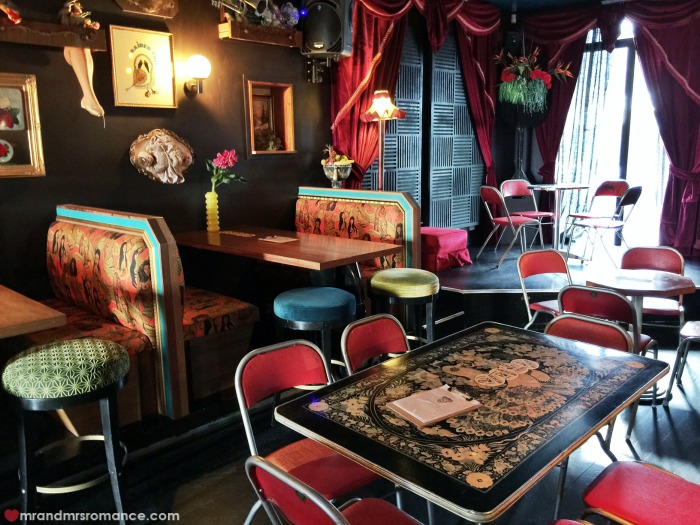 Have you discovered any new places you want to spend more time in recently? Where’s the nearest small bar to you – and is it any good? Tell us in the comments!

Food is always a great indicator of a country’s culture – definitely so in South Africa. With so many peoples from around the world…