What to get Dad for Father’s Day doesn’t have to be a hard (or cliche-heavy) task. Sometimes it’s just working on a theme. Here are nine alternative spirit-based gift ideas for the drinking dad you probably haven’t heard of. 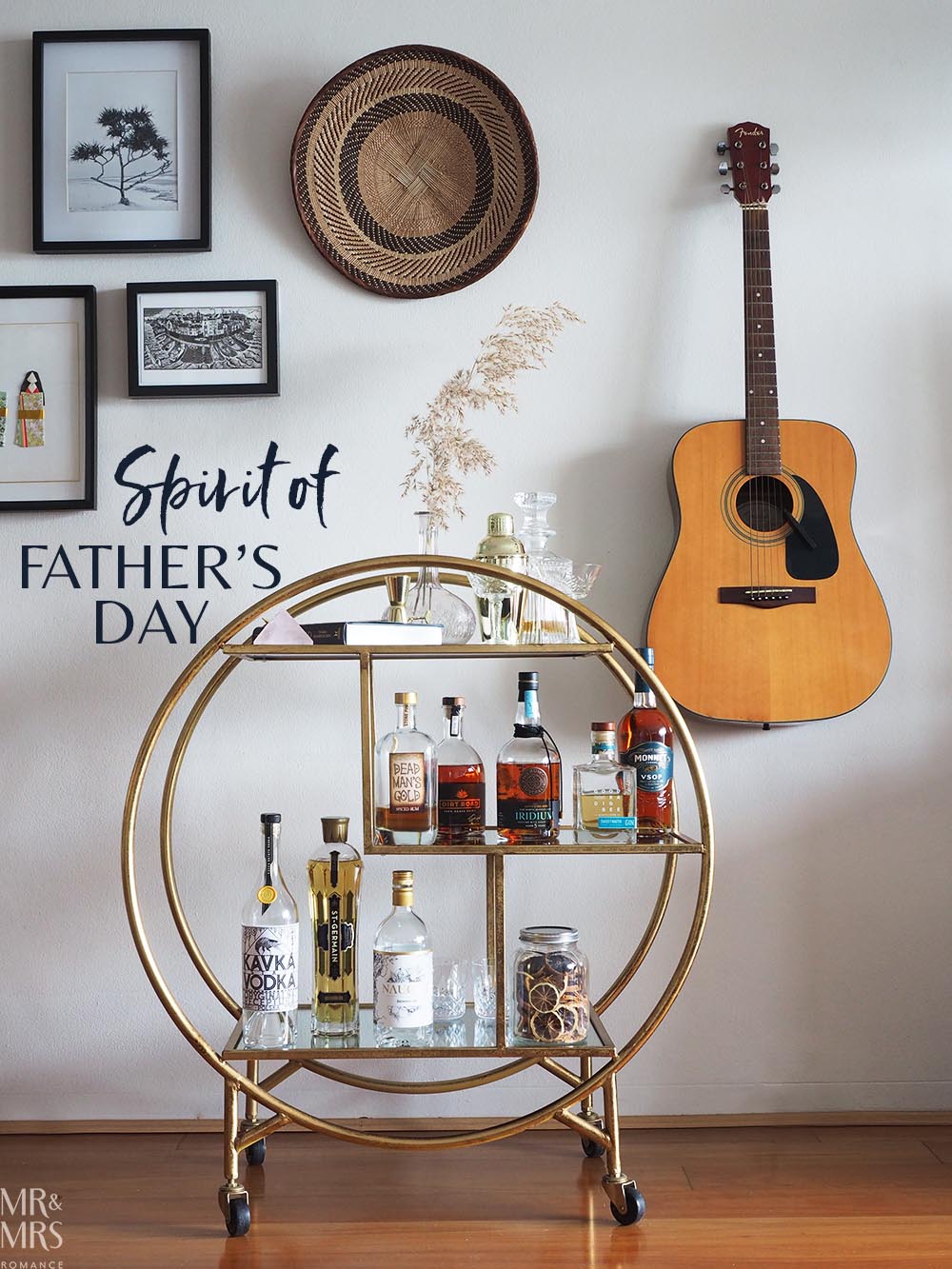 Thinking of gifts for Father’s Day is a tricky job. There’s always push-back against playing into cliches like socks, barbecue stuff or vouchers to a hardware store. And if he drinks, booze is always a good option.

The funny thing is sometimes blokes just want new socks, shiny new tools for the braai or even just an excuse to wander aimlessly around Bunnings for a while.

Sometimes we just want a replacement bottle of our favourite spirit.

But if you’re still worried about being basic with your gift choices, there’s nothing wrong with putting a spin on old themes.

These merino wool socks, this book on American style barbecue sauces or this awesome Leatherman Skeletool all-in-one multitool are great examples of that.

And rather than just going down the grog shop and grabbing the same bottle as last year for him, here are some other ideas that’ll still tick a Father’s Day box, but that will also add a bit of variety too.

Here are nine spirits to switch up a Father’s Day gift to be something really special. 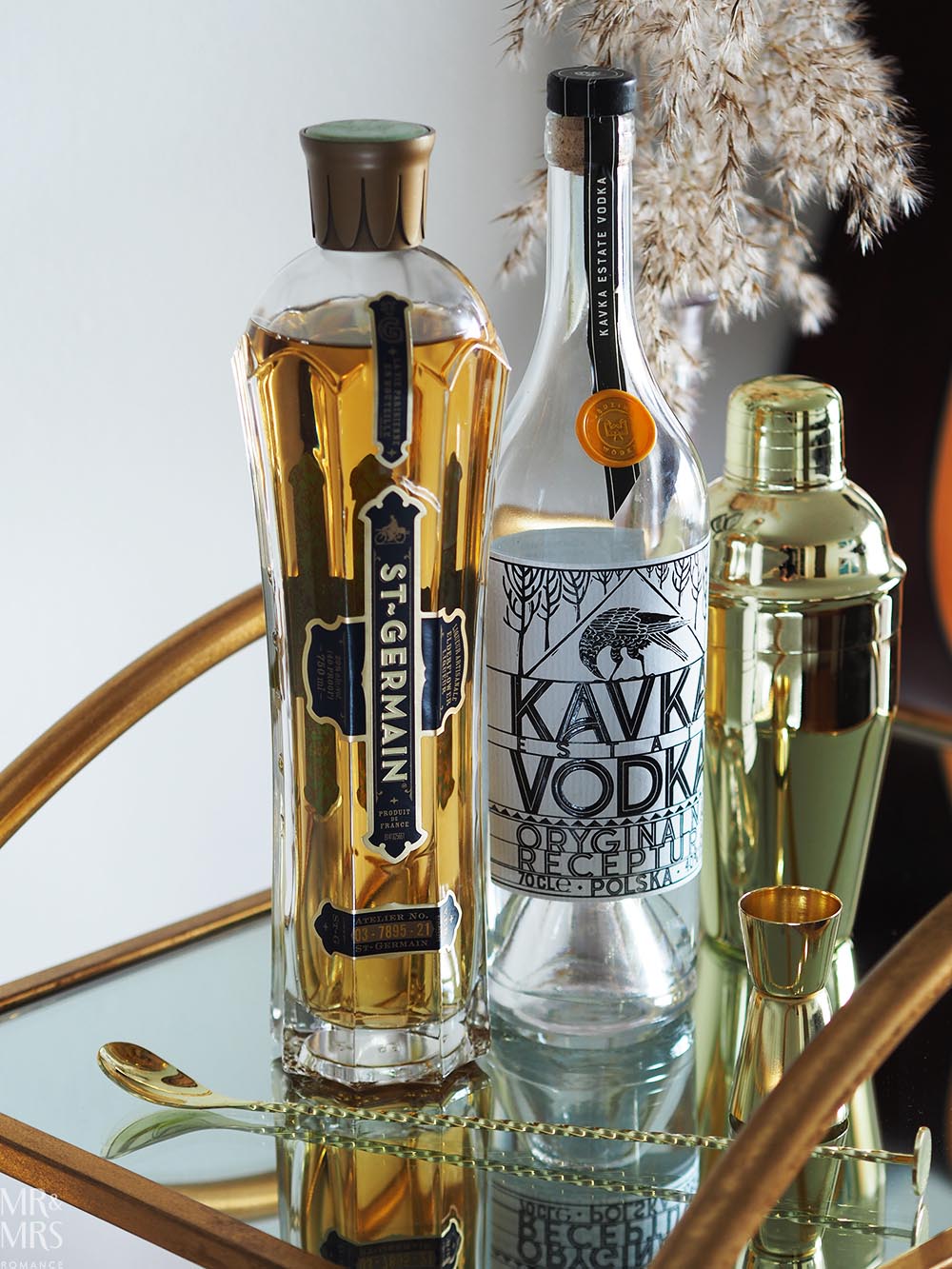 For the vodka drinker

Everyone’s heard of Grey Goose, Absolut and Stoli, and they’re all fine, but what about something with a little more nuance?

Kavka Vodka is a traditional Polish vodka, whose recipes predate Russian vodkas. Smooth as glass but with incredible depth and texture, this vodka shows you just how good the real stuff can taste.

Apart from being in the most beautiful bottle we’ve ever seen, St Germain elderflower liqueur is a cocktail-maker’s best friend.

This artisanal French liqueur, made from hand-selected elderflowers, brings a unique range of flavours—from sweetness to citrus, and floral and tropical fruit notes—to a drink. Just like this. And did I mention it looks pretty cool on your bar? 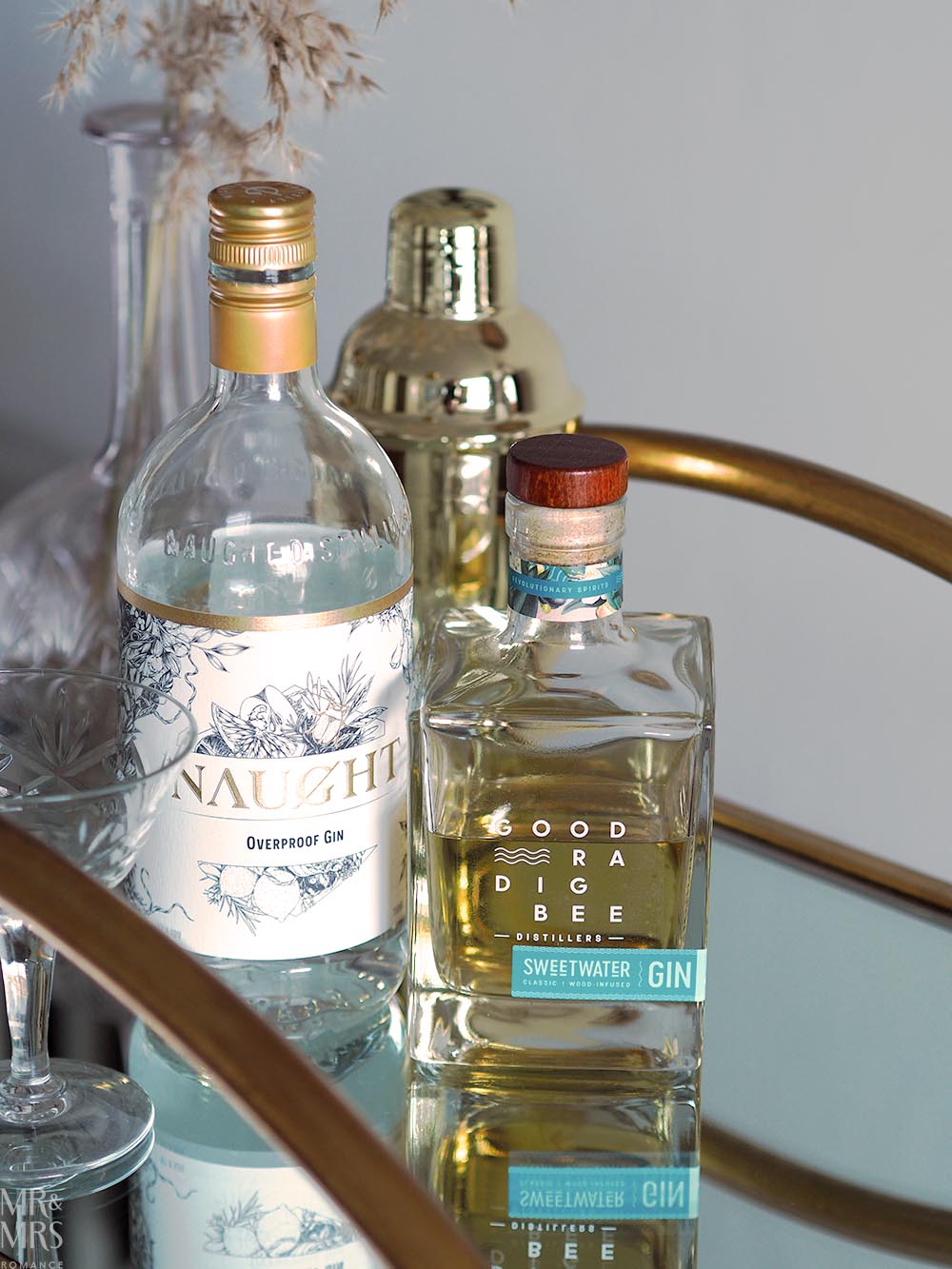 For the gin sipper

From the northern suburbs of Melbourne VIC, Naught Distillery has four excellent gins, which you can read about here. But their navy strength gin—the Naught Overproof—is the best.

Sitting at 57.4% ABV, this gin should blow your head off, but it’s smooth and packed with flavour. Pink lady apples, citrus, spice and a savoury, almost smoky juniper note bring so much to any gin cocktail you put it in.

There are a few barrel-aged gins around, but not many are using native hardwood like Goodradigbee, who have created cube-like barrels from ironbark heartwood.

The woody spice from the ironbark sits beautifully amongst the gin’s botanicals of anise myrtle native citrus, highland pepper berries, Batlow apples and juniper. This is a great sipping gin—neat or on the rocks—and even works well in a dirty martini.

You can read more about Goodradigbee’s three gins here. 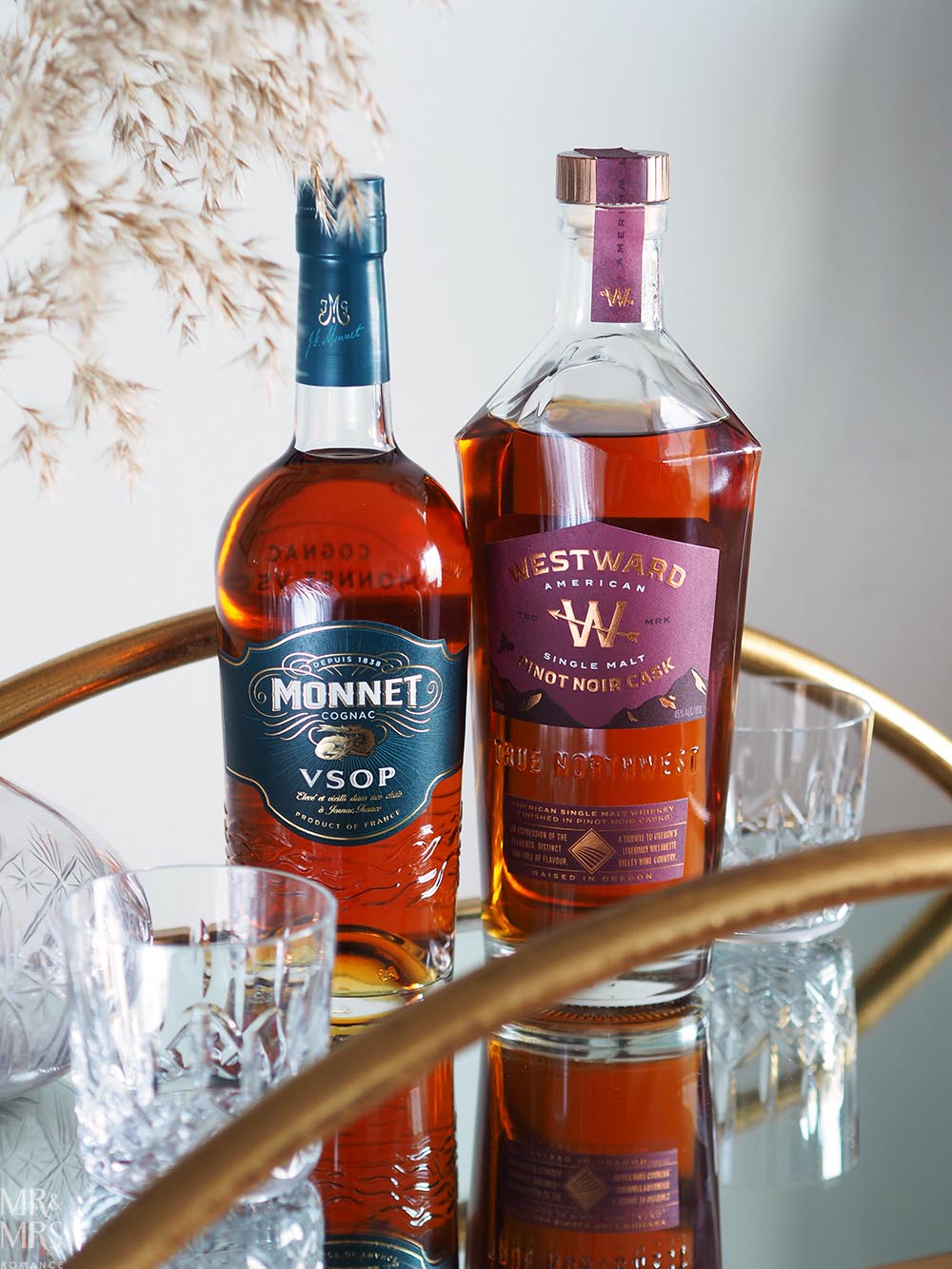 For the whiskey drinker

I could write a whole story on whisky recommendations—especially with so many superb Aussie whiskies out there at the moment.

But I’ve been a fan of Westward Distillery for years now. Coming from a brewing background, this American single malt whiskey distillery (as opposed to Bourbon or Rye, which is more common in the States) has taken their whiskey even further by ageing it in ex-Pinot Noir casks.

You can read our full review on Westward’s Pinot Noir Cask single malt here, but take it from me: this stuff’s the business.

For the cognac connoisseur

Hennesy, Remy and Courvoisier step aside. This is my new favourite VSOP. And with a heritage going back to 1838, the House of Monnet has a vaunted history of producing some of the finest au-de-vie spirits in the world.

Aged for a minimum of four years in French oak casks from the Limousine region, Monnet’s VSOP Cognac is magnificent. Loaded with rich fruits, honey and nougat, spice, leather and vanilla, this cognac is in a league of its own. 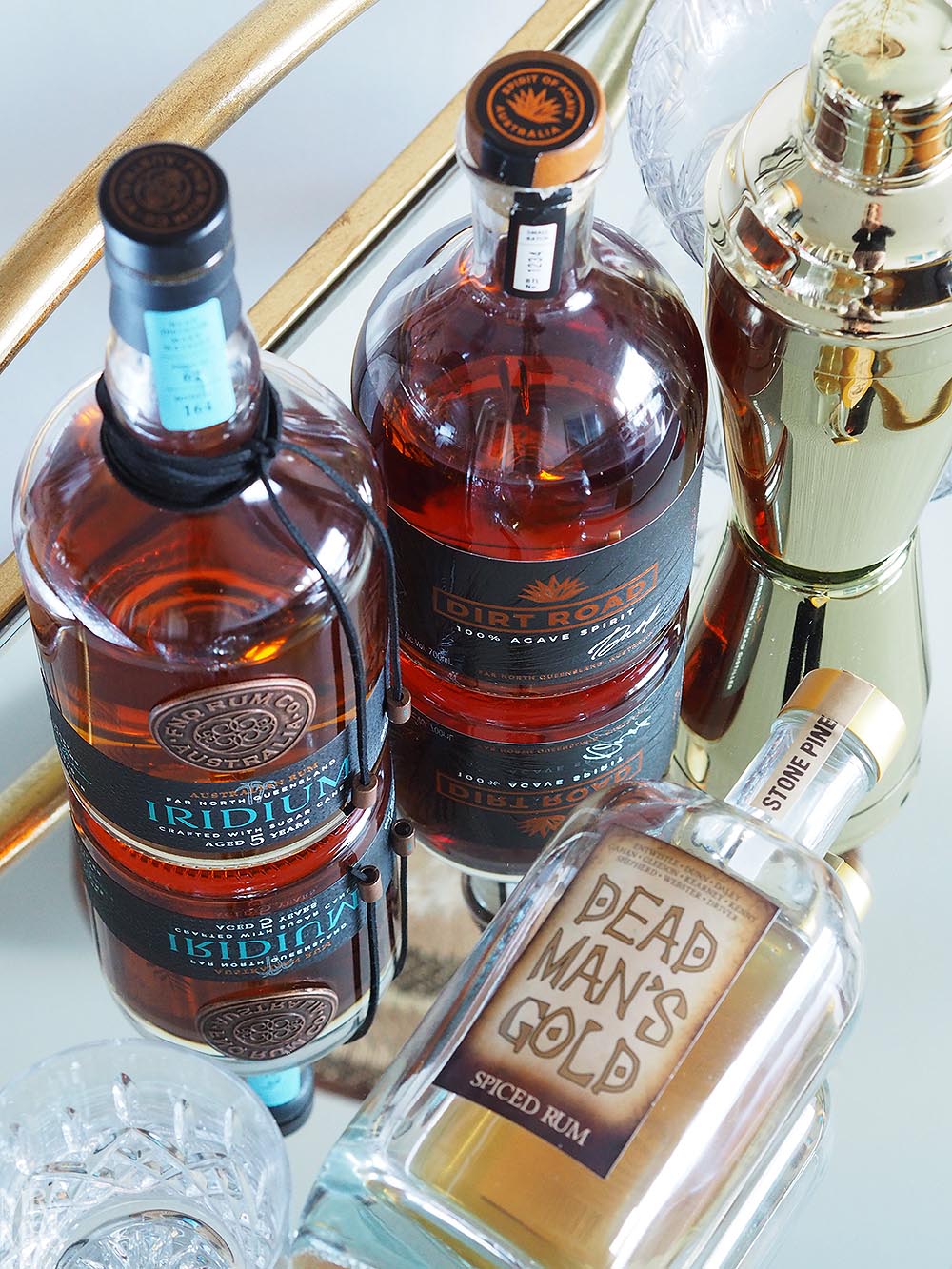 For the tequila aficionado

Of course, to call tequila tequila, it must be made with agave plants grown and distilled in Mexico. But having perfect growing conditions for these giant spiky succulents here in Australia means craft distillers here are creating some superb iterations of this iconic Mexican spirit.

You also taste vanilla and toffee, but there’s also a nuttiness and agave ‘funk’ that grounds this excellent spirit. Sip it neat or swap it in for whisky in any classic cocktail.

For the rum rebel

Considering all the sugar cane that grows here, it’s never made sense to me that rum isn’t Australia’s national spirit. Having said that, rum’s popularity is growing again—especially since people are discovering it’s not all Bundaberg.

From Mount Uncle Distillery—the same distillery that makes Dirt Road Dark, Iridium Rum from Far North Queensland is a superb example of just how good Aussie rum can be.

Made with sugar cane syrup rather than more commonly used molasses, this gold rum—aged for at least five years in ex-red wine barrels—is superb. Smooth and bursting with fudge, cinnamon, herbs and honey, this is a rum fan’s rum.

But if spiced rum is the flavour of the day, throw away your Captain Morgan and Sailor Jerry. Stone Pine Distillery in Bathurst NSW makes Dead Man’s Gold.

Check out our review of Dead Man’s Gold here. 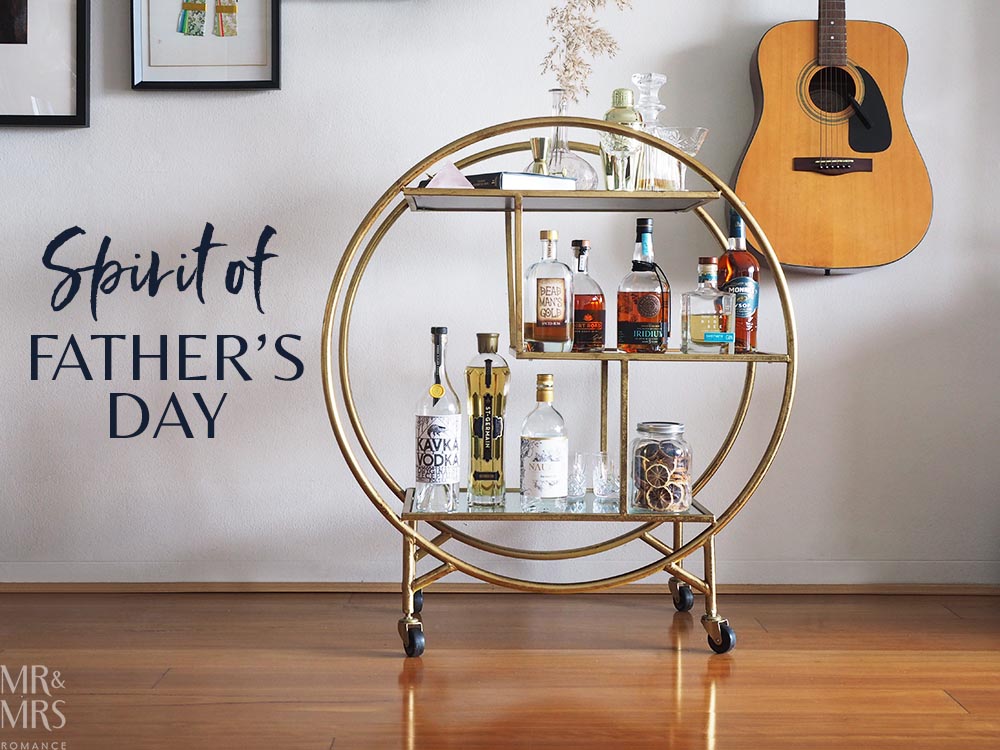 Mrs Romance has tried to convince me for years that soup is a perfectly acceptable dinner option. Whatever she made for me in the…