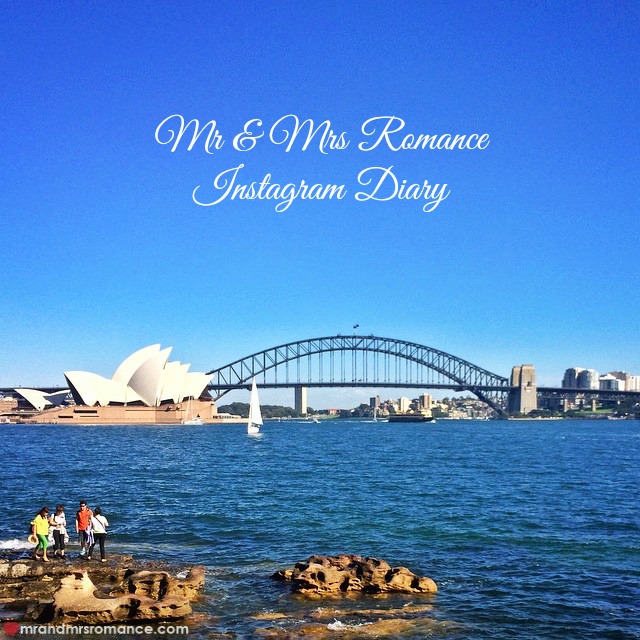 We’re now officially in the 2nd half of the year! How about that. Soon we’ll be seeing Christmas decorations in the shops no doubt.

In the meantime, we’ve been having the best week. Visits from good friends, feasts in new restaurants and then best of all, we head off on a dream trip. Hope your week was a good one too. We want to hear all about it so tell us your highlights in the comments at the bottom of the post. 🙂 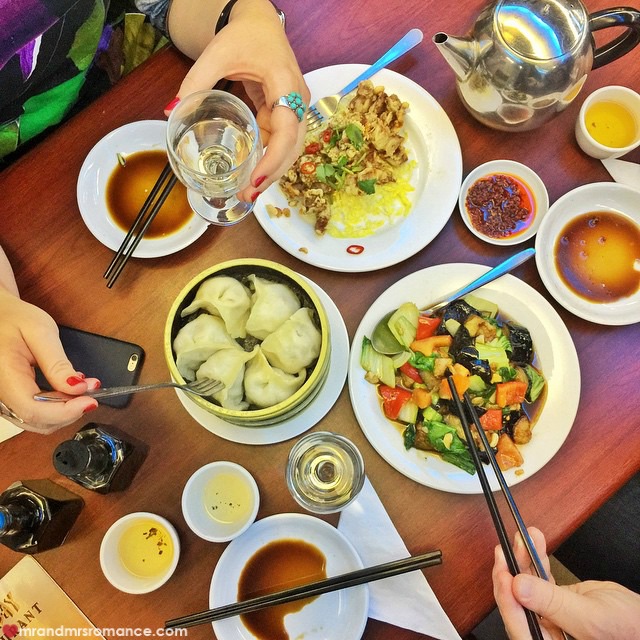 We’re graced with Carly from Smaggle.com‘s delightful presence this evening. She’s up in Sydney for work so we’ve taken her out for a dumpling feast. We’re in Seabay – a dumpling institution – and I’ve got a feeling we’re going to leave feeling quite full!

I’ve been staring at this set of photos since we were at Bondi last week wondering what to do with them. I took a Photo Burst on my iPhone, which is where you press and hold the camera shutter on your phone and it takes like a million shots a minute [ed. it’s about 300 per min.] – it’s actually one of our favourite features for taking photos of lightning with your iPhone.

I decided I’d make this gif out of the photos, so I used the Party Party app ($1.29) that creates gifs on your mobile. Brilliant, isn’t it? So glad I did – I’m really happy with the result. 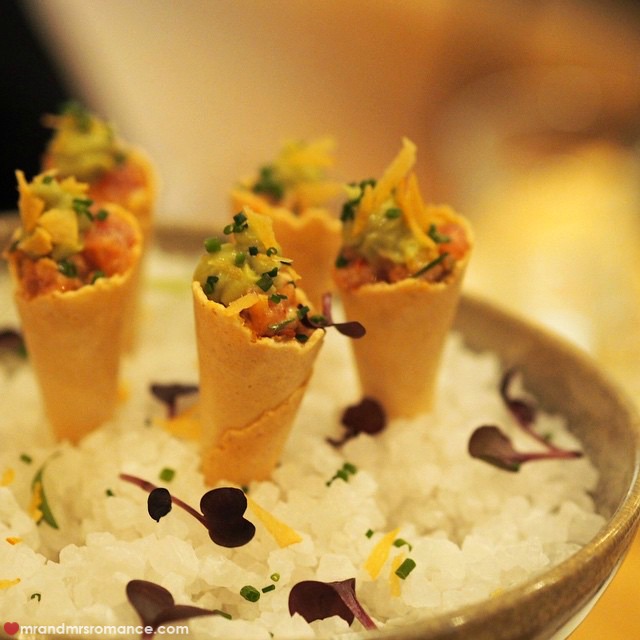 Tonight we’re at Char & Co in Sydney’s Double Bay. We’re here to check out their new winter menu. Char & Co is a Brazilian churrasco (pronounced “shoo-has-co”), which is a traditional Brazilian barbecue restaurant. The meat’s always slow-roasted on spits and is always delicious.

We’re very impressed with everything that we try here, but I really do love these little yellow fin tuna belly ceviche served in a shortcrust cone. Mustn’t forget to mention the micro herbs of course.

Keep an eye out for our review of Char & Co. Coming soon! 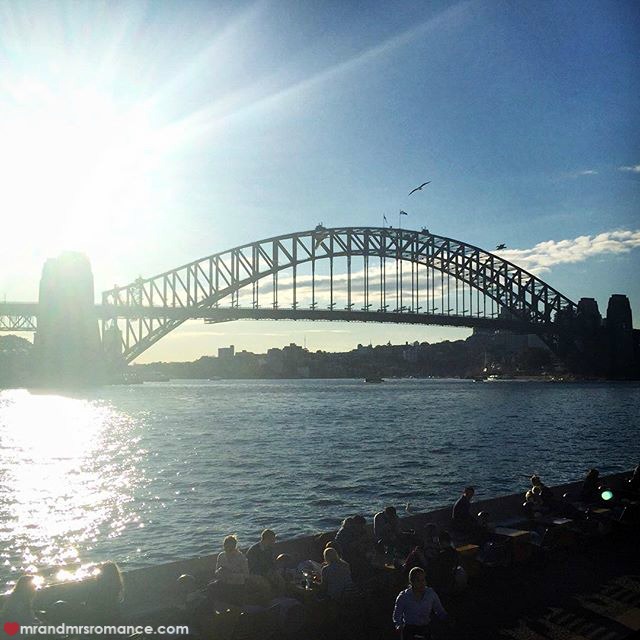 Mrs Romance is – once again – out and about the waterside today. The harbour looks particularly sparkly today, in spite of it being a bit chilly. Can’t fault this view from the Opera House looking down on the patrons of Opera Bar. 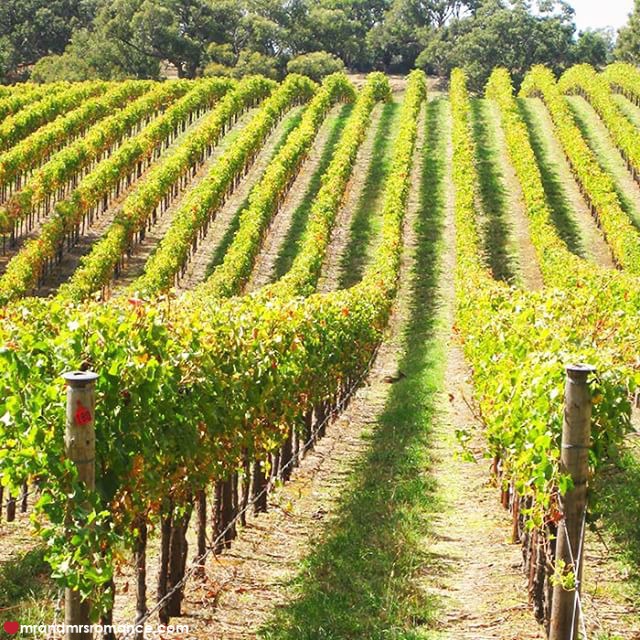 Today we thought we’d share our experience of Orange, NSW. It’s a good 3-hour drive west to Orange from Sydney, so if you’re only there for a weekend, you need to make the most of your time. That’s why we’ve made a whirlwind 48-hour guide to Orange, where you can maximise your wine time while still getting your square 3 and take in what the town itself has to offer.

Check out our 48-hour guide to Orange, NSW here. 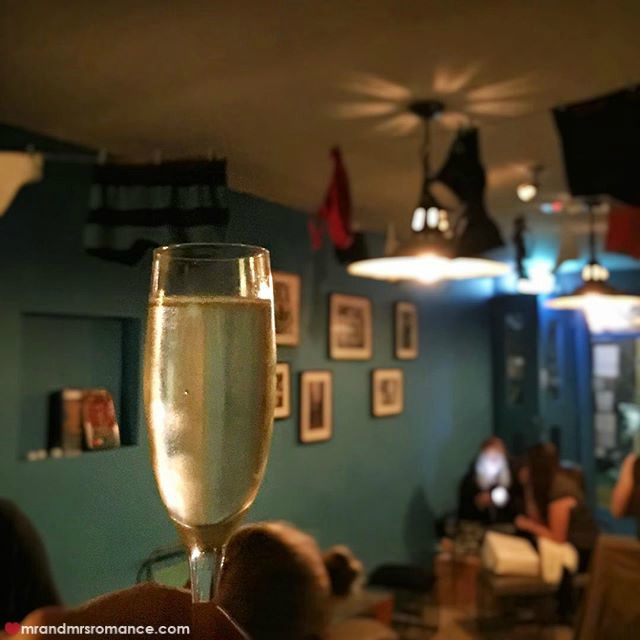 We’re excited to have been invited to the inaugural #ketchup event hosted by Bob from the Jugernauts and Chris from the AU Review. We have a feeling the venue – the recently re-opened Darlie Laundromatic (now closed) on Palmer St, Darlinghurst – is going to be seeing a lot of us. Super cute with a great vibe to it, this small bar is definitely one to check out.

The sparkling from Handpicked Wines is delicious – as is all the other catering for this fun night out. It’s great to see Bob and Chris of course, but also to meet some new friends too. 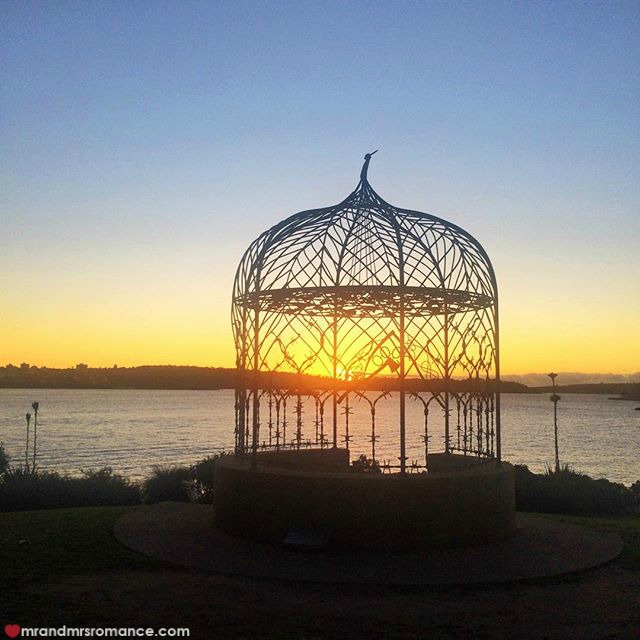 Somehow, in spite of Bob and Chris’ best efforts, Mrs Romance is still up early this morning checking out the views at sunrise. This pergola in the Botanic Gardens would be my new home – but the lack of roof might be an issue. Beautiful though, isn’t it? 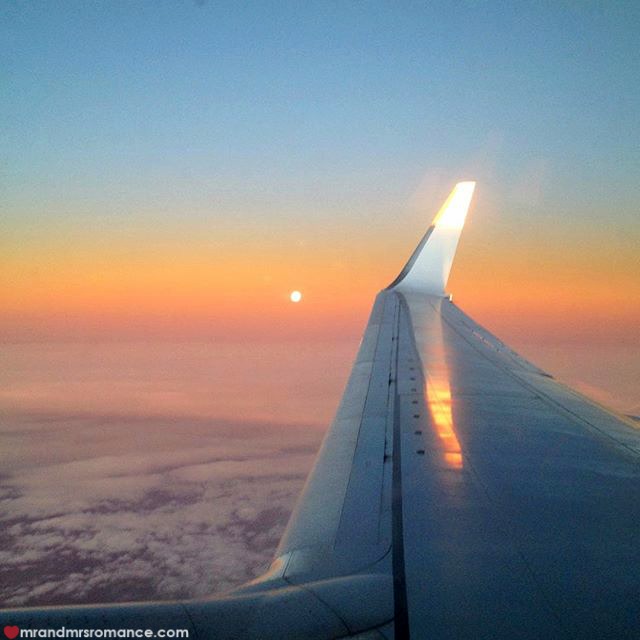 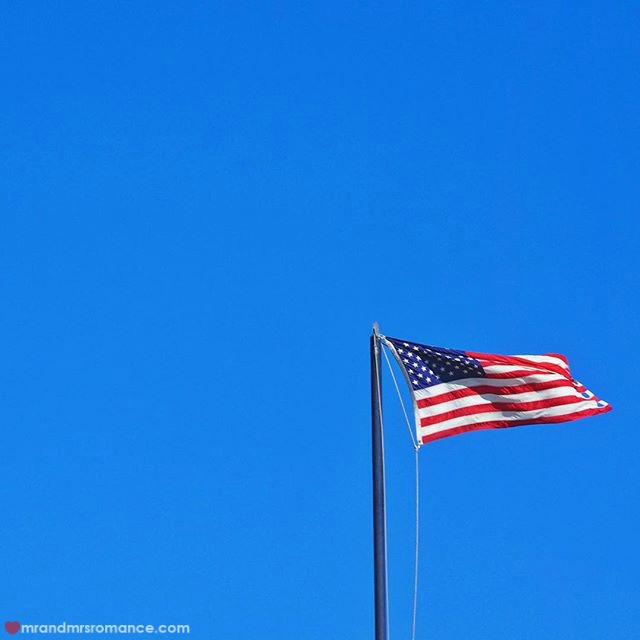 A nod to our trans-Pacific friends in the States: it’s the 4th July today – Independence Day. Here’s to celebrating cutting the ties to those pesky Brits and fledgling America starting out on its own all those years ago in 1776. Hope everyone over there has a good day. 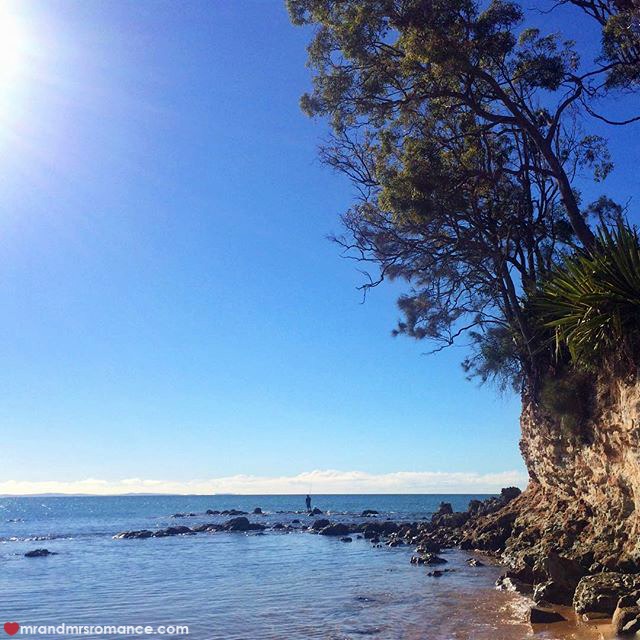 We’re only here in Brisbane for a day but we’re still making the most of it. Down by the water on the Redcliffe peninsular, the views are so peaceful. Great to be able to spend some time with my bro and his lovely wife and kids. 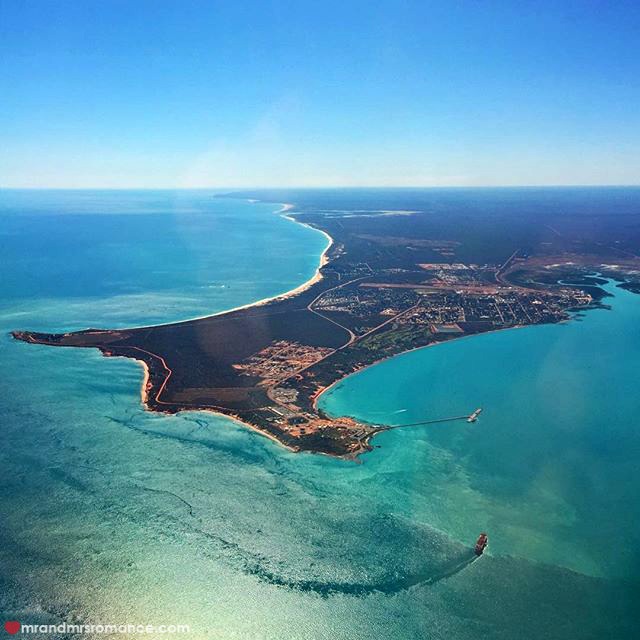 And we’re off again. It’s a long 5-hour flight to Broome in the north-west of Western Australia. Why long, you may ask. 5 hours isn’t much of a flight. Apart from the Qantas flight crew being very friendly and helpful, and Mrs Romance being the best travel companion as always, nothing was much fun about this flight.

The man behind me insisted on juggling his tray throughout the flight, the lady in front reclined her seat for the majority, the family of 50(?) across the aisle thought it’d be a good idea to let their kids play iPad games with the volume on full [bleep, bloop, ching-clang-bang – and that was just my mind], and I stupidly chose the chicken curry for lunch when we hadn’t even had breakfast.

Still, the view from the plane as we’re coming in to land over Broome is – well – you can see for yourself. We even spot 2 pods of whales from the plane! Another life goal ticked. 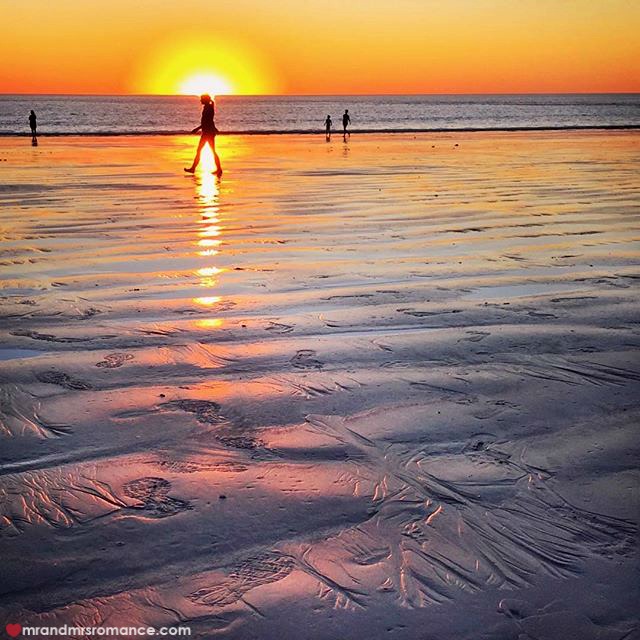 The view from down on the ground here in Broome is even more spectacular than the one from the sky! How about this sunset – it’s what Cable Beach is famous for and I can see why.

Cable Beach is an incredible place. The sand stretches around the bay for about 4km, but at low tide, the water goes out to about 500m, the incline is so shallow. People swimming have to go out so far before the water’s even over their knees. It’s amazing.

Watch this space for more of our Instagram photos of Broome. Over the next 2 weeks we’ll be heading out into the Indian Ocean sailing up the Darwin on an expedition with National Geographic. Can’t wait. We’ll also have our take on Broome for you too.

In the meantime, how’s your week been? Have you ever seen anything amazing from your window of a plane? Tell us in the comments!

A new boutique, a new hobby and a very Grand opening

This week has been a lot of schmoozing, which is a lot of fun. Launches of Nespresso’s latest (and possibly greatest) boutique in Sydney…