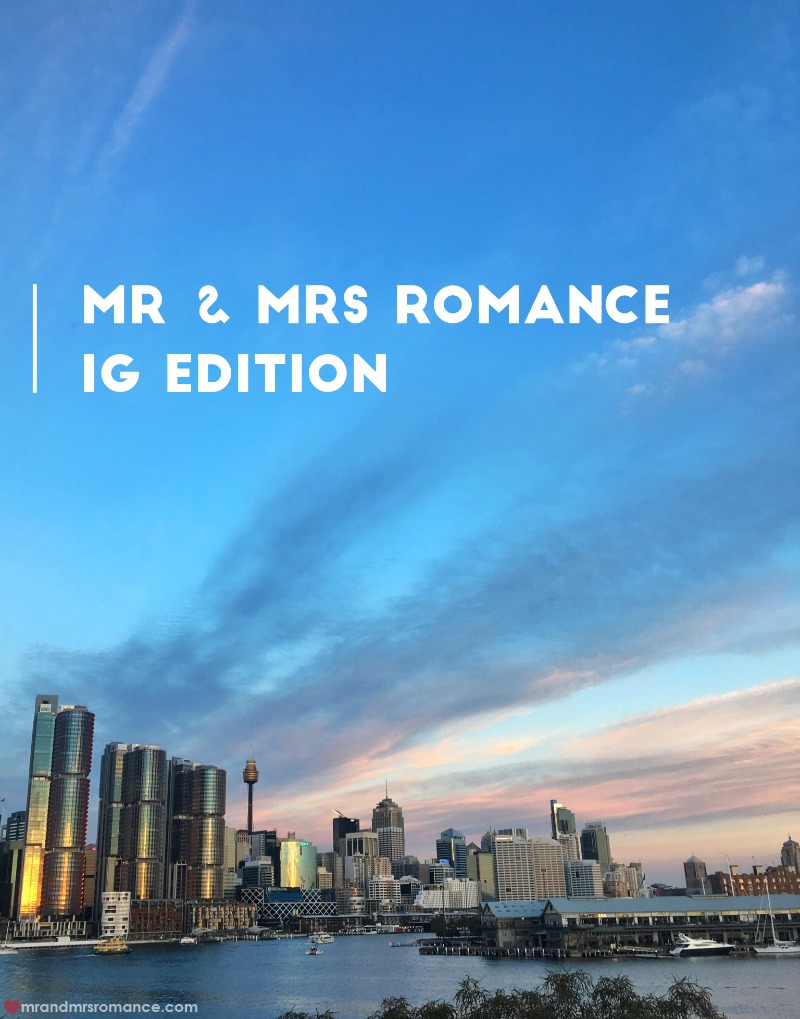 As much as we absolutely loved being in Europe for so long – and as busy as we are now catching up on work – it’s good to be back in Sydney.

This whole week – a fortnight since we arrived home – has been nose to the grindstone getting things done. That’s meant very little time for anything else. Having said that there have been a few fun things happening this week. 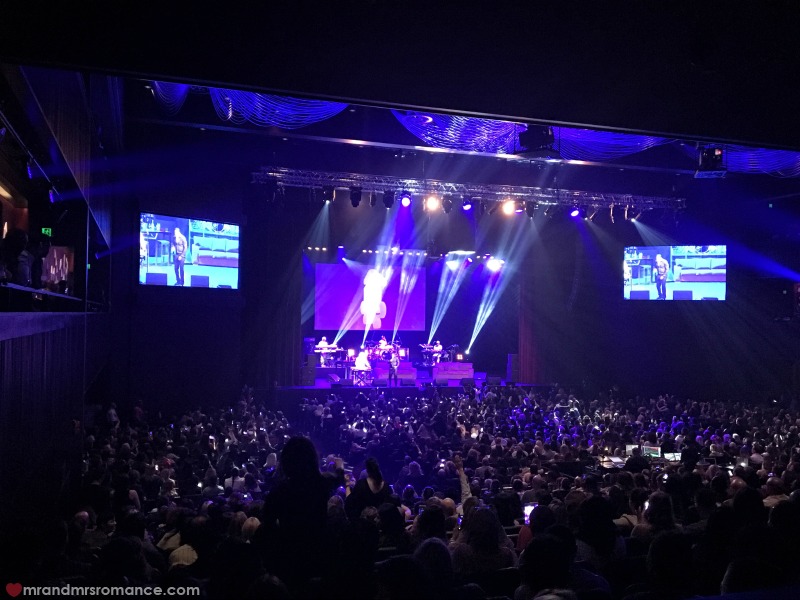 It’s Saturday night and we’re off to a music gig! The Star Casino here in Sydney has invited us along to their multi-award-winning Event Centre to check out one of their VIP suites, and they’ve even found an appropriate concert for us enjoy too.

Keith Sweat – a real R&B blast from the past – is touring at the moment and we’re experiencing him in all his glory. 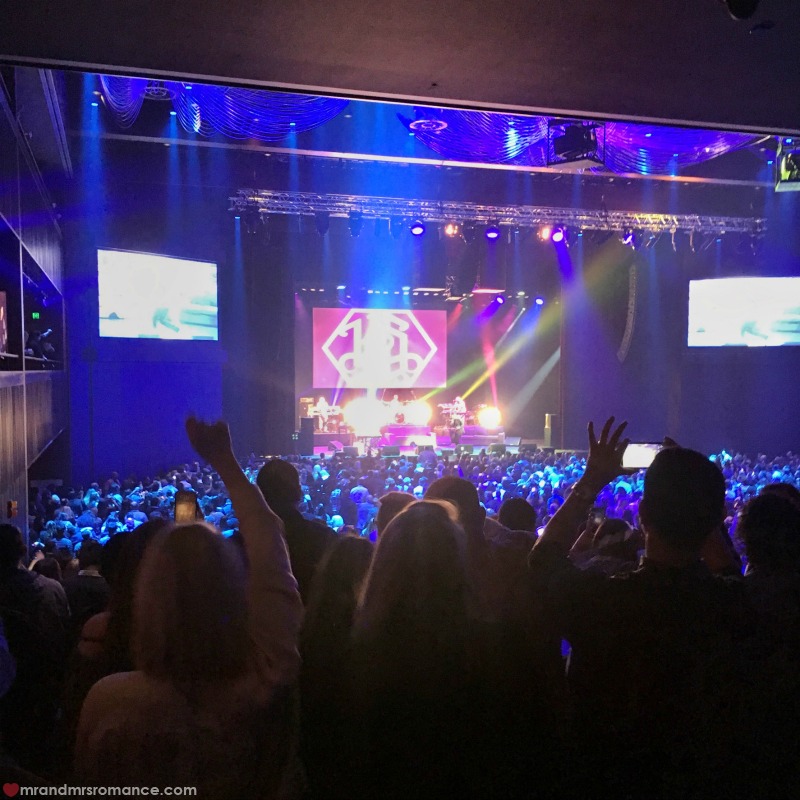 The crowd are going off tonight – and no wonder. Even from our regal spot high at the back of the Event Centre, which is decently catered and pretty comfy by the way, Keith’s really putting on a show.

He’s showing off his new album Dress to Impress as well as some absolute ‘80s and ‘90s classics. The place is packed to capacity – almost 1800 people. 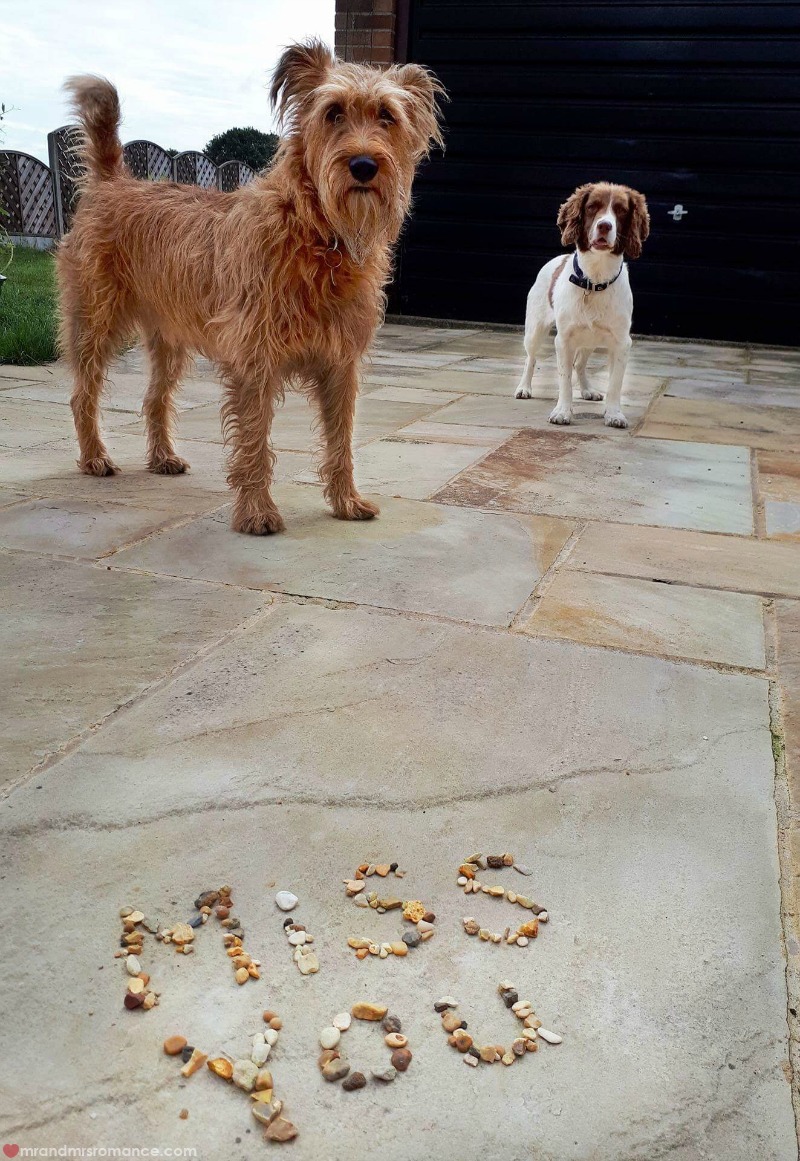 Meanwhile back in the UK, our friends Clare and Dave have news for us. It looks like their dogs are missing us a bit!

While we were staying with Clare and Dave, their Irish Terrier Ruby and Flo their Springer Spaniel took full advantage of our attention. And the novelty of having dogs around meant we were more than happy to give it to them.

Flo has a bit of a weird fascination with fetching stones. It’s a habit Clare and Dave try to discourage, but Flo seems hell bent on wearing her teeth down on the pebbles on the garden boarders and the gravel drive.

Her spelling seems to be coming on though. 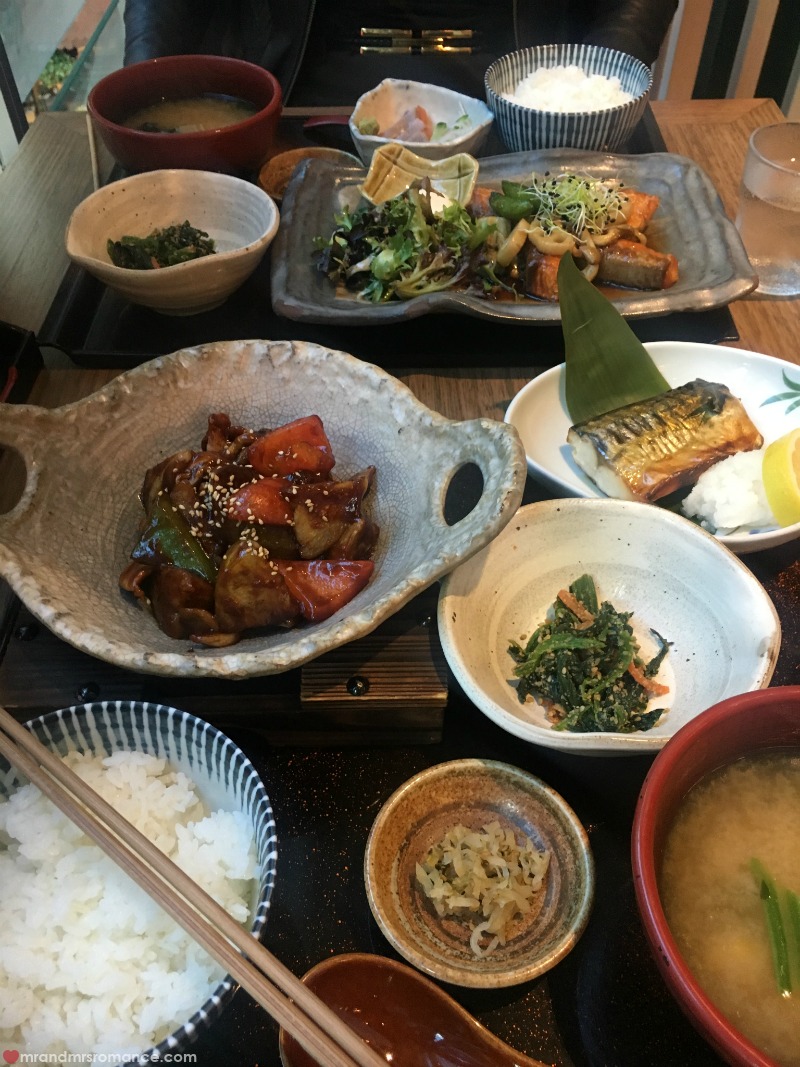 Mrs Romance is out with our friend Tash this lunchtime. I’m glad I’m not hungry and didn’t want Japanese for lunch or anything. And I didn’t want to be invited along anyway either. So I’m glad they didn’t ask.

This is Yayoi Japanese Teishoku Restaurant in Galleries Victoria in Sydney city (there’s another on in Chatswood) and it looks amazing. Mrs Romance certainly came home quite full and happy! 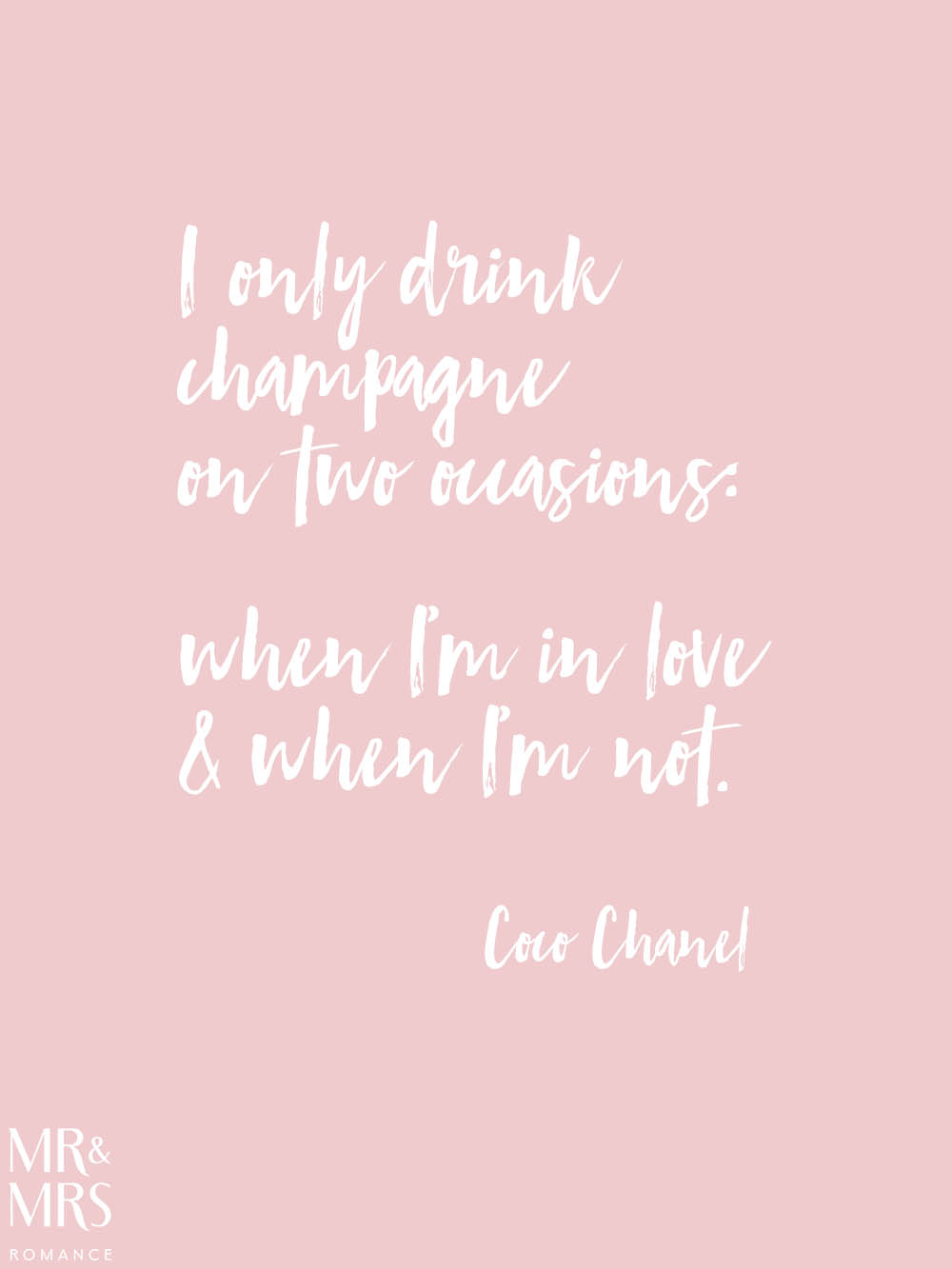 This week we’re running a competition with House of Lanson Champagne where you can win super-VIP tickets to Tina Arena’s up-coming concert Innocence to Understanding worth $1000 plus a bottle of Lanson bubbly. 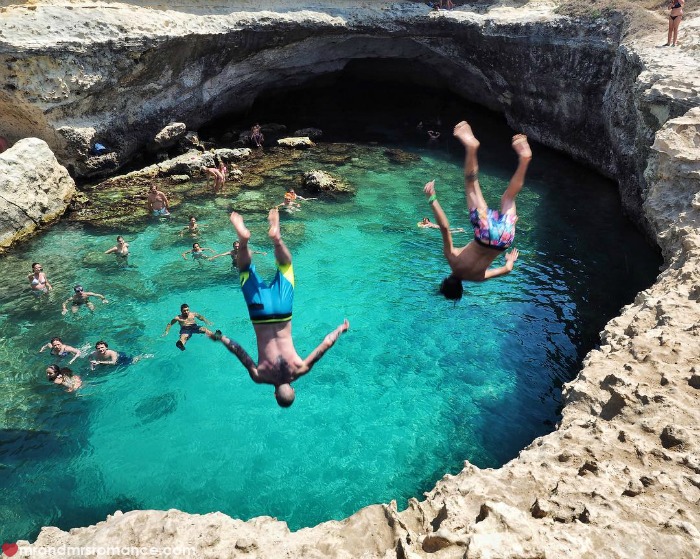 On our journey round the southeastern region of Italy – Puglia – we came to this amazing spot. It’s known as Grotta de la Poesi – Grotto of the Poems.

Locals come here to leap into the crystal waters of the Adriatic as it flows under the rock to this cenote. It’s a beautiful sight and – thanks to the acrobatics – even more breathtaking.

See some more of Mrs Romance’s incredible photography and perhaps find more photographic inspiration yourself in our post on how to find your photography vision. 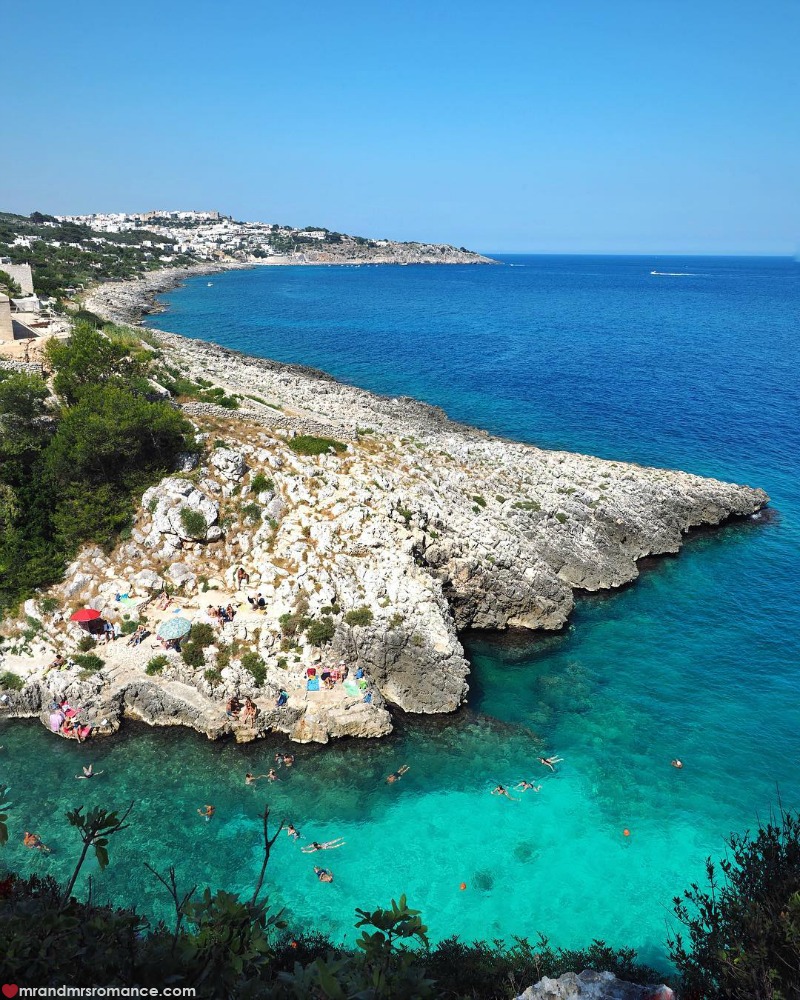 The stunning coastal town of Otranto on the easternmost point of Italy is as close as you can get to Albania. On clear days you can even see the cliffs of Sazan from here. 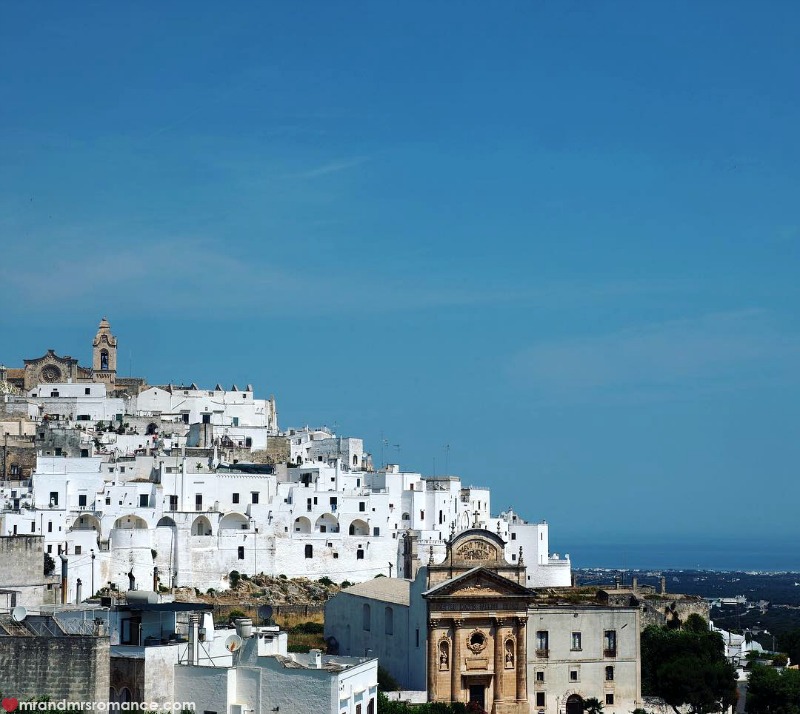 Further inland and north from Otranto is Ostuni. This spectacular town, elevated high enough to easily see the sea, is whitewashed every year by its residents.

Every single building here is gleaming white and gives even more to the Greek influence of this area. 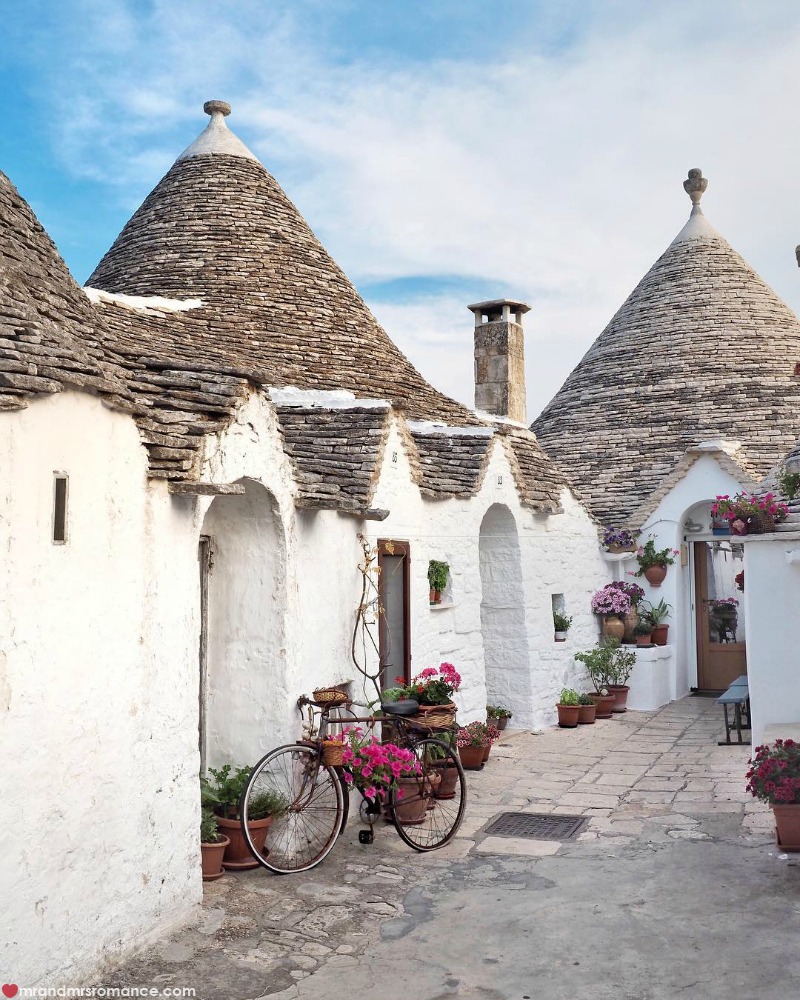 The trulli of Alberobello are iconic of the Puglia region. This town almost feels fake there are so many of these funny looking buildings, but they’re all UNESCO Heritage listed and are important to the culture of the area.

You can stay in some of these trulli and there are restaurants and shops inside some too. We stayed in a little trulli village outside Alberobello called Le Dieci Porte, which has been renovated from ruins by a lovely couple Stellar and Christophe.

They tell us these buildings were once houses for peasants in feudal times. The ‘baron’ of the area demanded taxes from every permanent structure, but as the trulli were seen as shepherds’ huts, they weren’t taxed. Soon everyone was living on them! 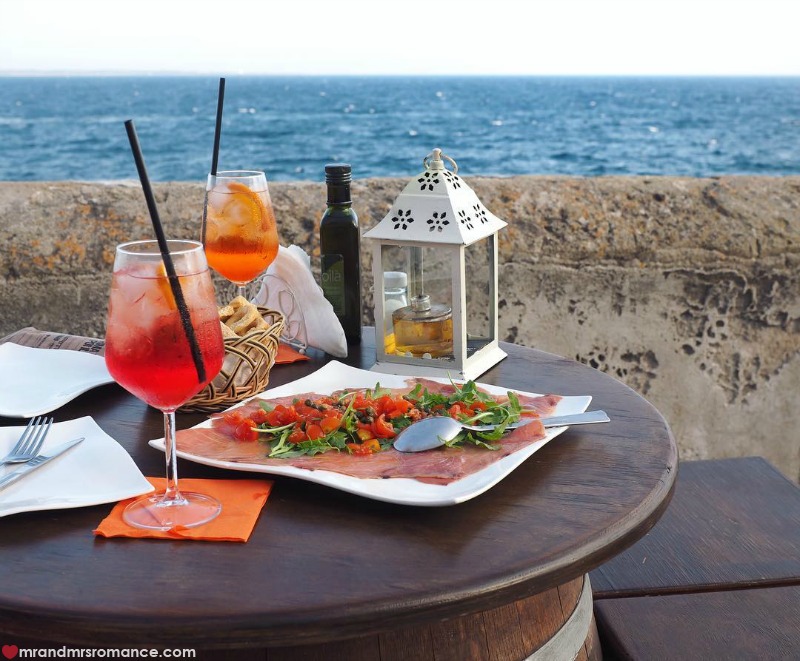 Spritz Aperol, beautiful ceviche and a view out over the Ionian Sea. It doesn’t get much better than that, does it? This is in Gallipoli on the western side of the stiletto heel of Italy.

Gallipoli gets its name from the Greeks who once lived here. ‘Kali poli’ – meaning ‘beautiful city’ eventually became Gallipoli, and beautiful this town certainly is.

If you look on a map, the old part of Gallipoli is a fortified town on an island accessible only by a little bridge. It’s a bit scary the first time you drive over it, but with a meal like this waiting for you, it’s worth it! 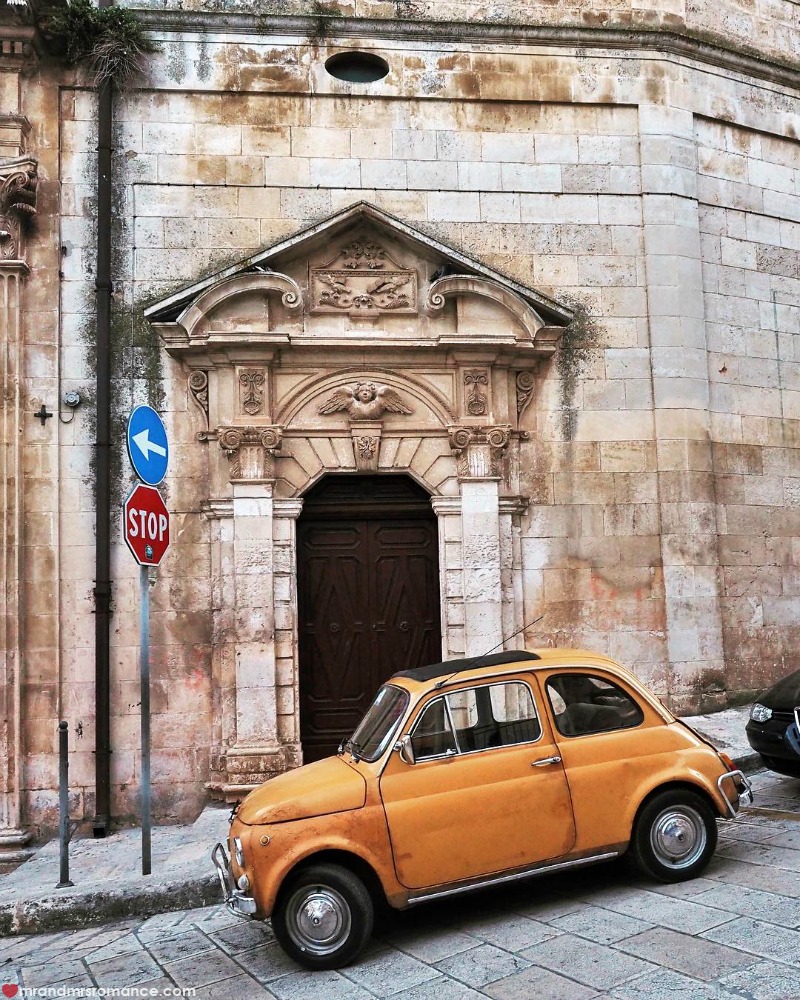 It’s not a trip to Italy without a photo of one of these little cars. The original Fiat Cinquecento is one of the most Italian things you can see. And it seems that only gigantic men are allowed to drive them.

How they get in and out of these little things is really something to see! 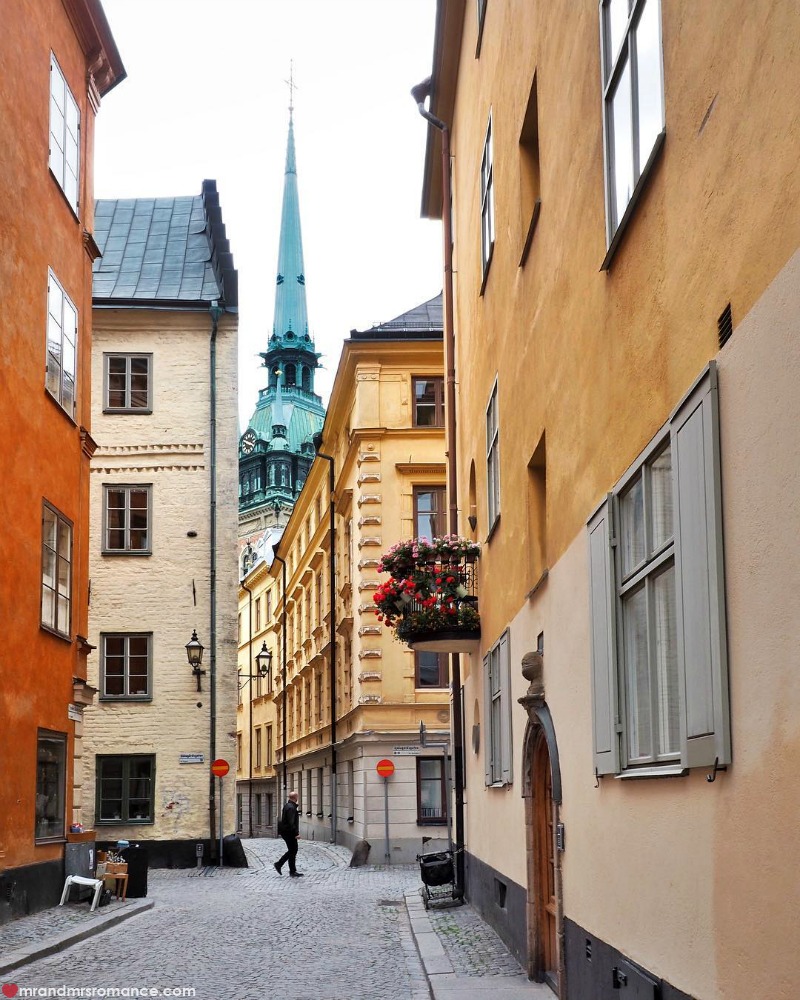 From Puglia, we went to Sweden. Stockholm is such an iconic northern European city, and the old part – Gamla Stan – is a maze of lofty buildings, old spires and cobbles. 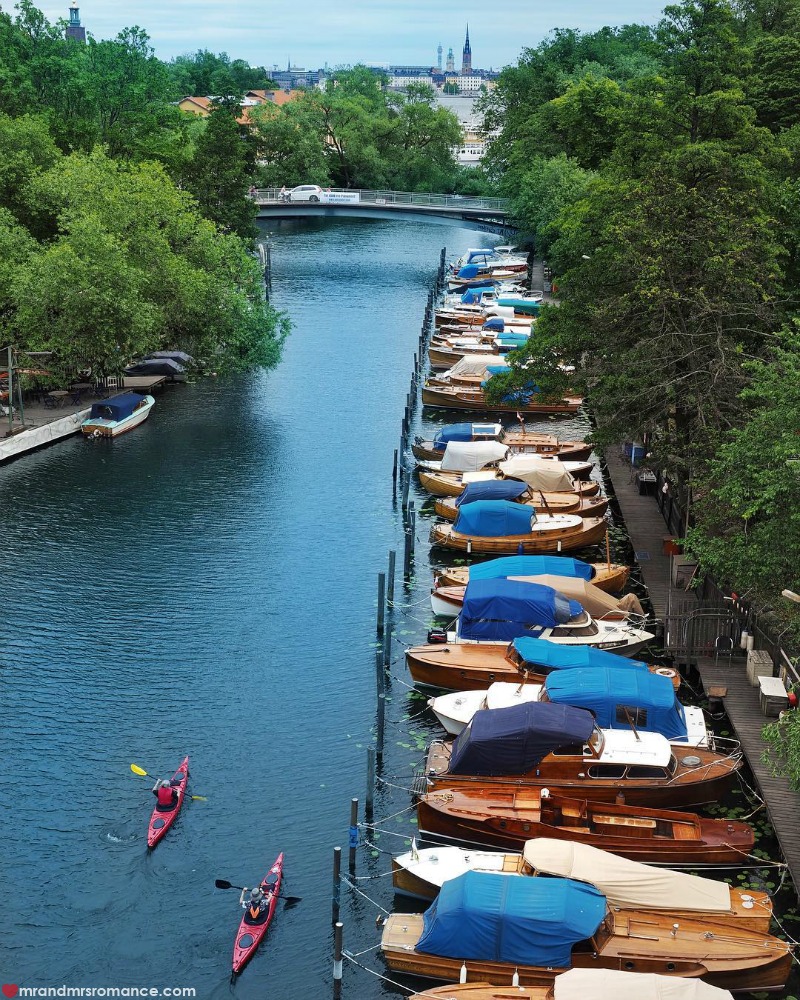 Further out of the city, the waterways around Stockholm surround it and make it somehow even more beautiful. This view east from one of the many bridges shows how much life there is here in the summer.

In the winter though, it’s so cold people drive their cars onto the ice. That’s why everyone makes the most of their kayaks when they can. 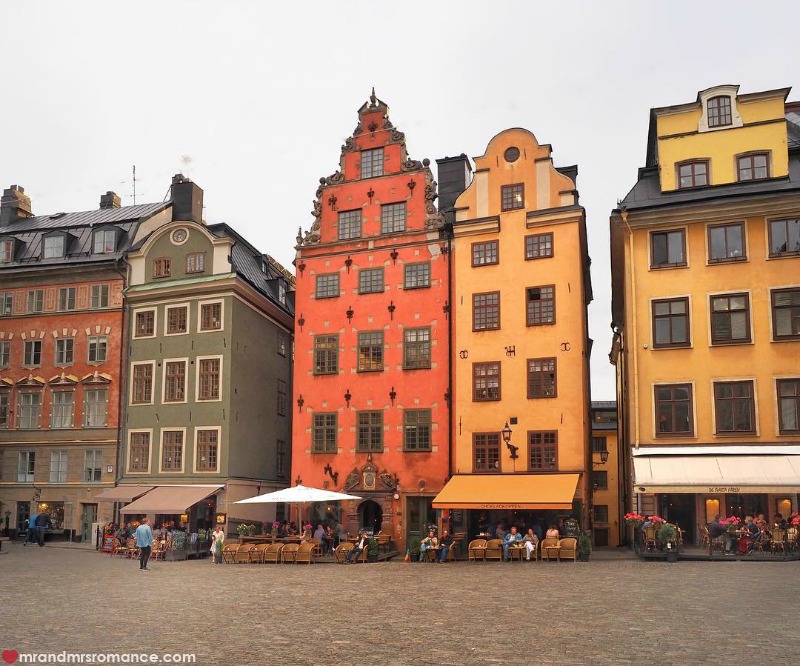 Stortorget is Stockholm’s oldest square and is home to beautiful Christmas markets in December. During the summer, the beautiful coloured buildings are home to al fresco diners and sightseers. 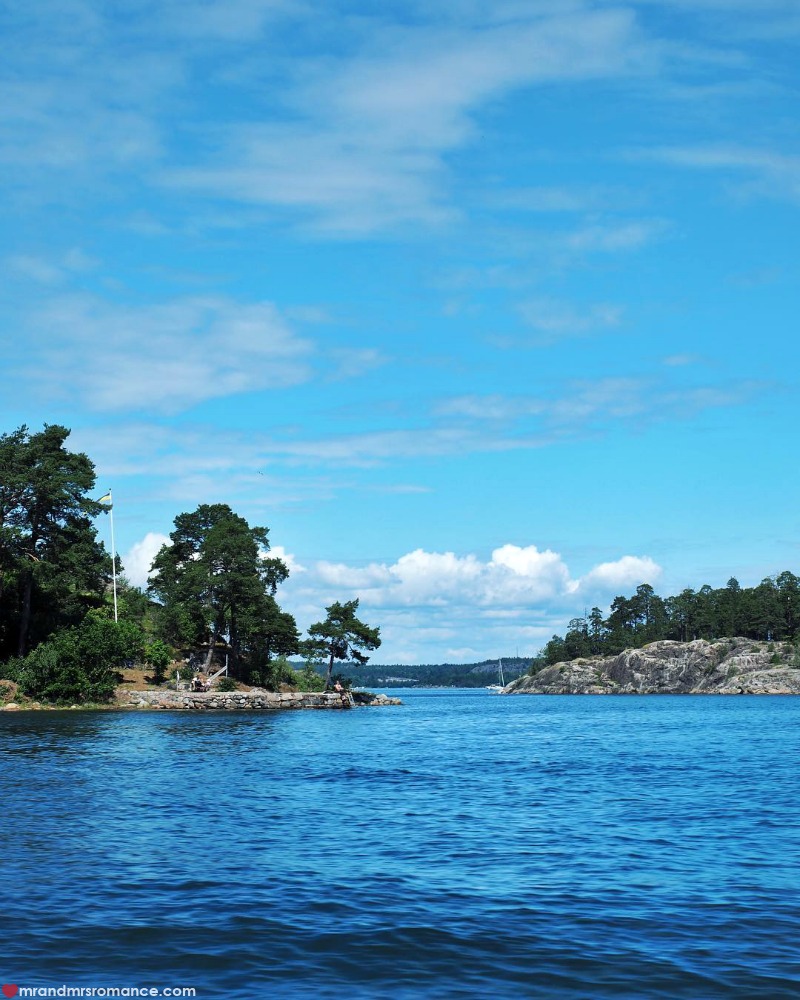 Out on the water around Stockholm, you get a sense of how much the Swedes love their natural surroundings as much as their architecture. We’re only a 20-minute drive from the centre of Stockholm from here – about 8km as the crow flies – but it feels like we’re a lot further away. 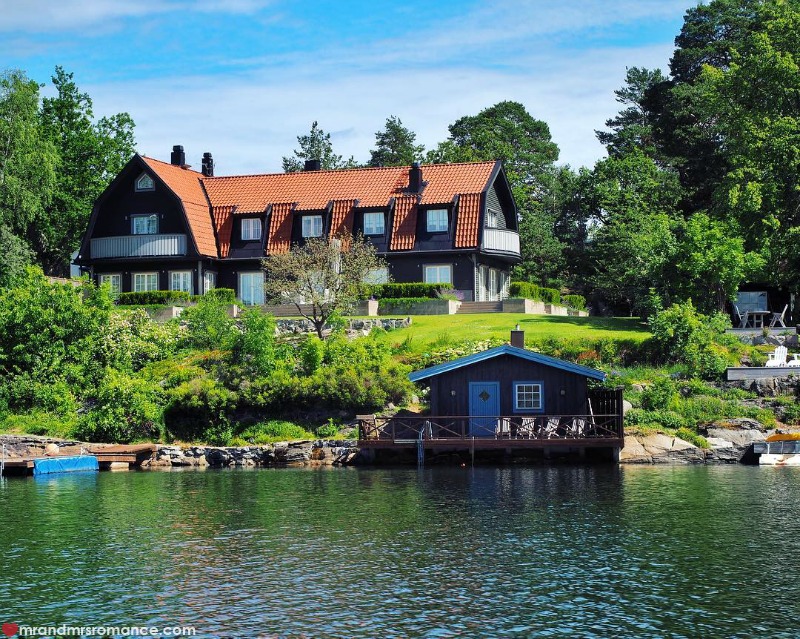 Also from the water we got to see some of the amazing homes right on the estuary. Perfect Swedish style with views to die for; difficult not to be envious of whoever lives here. 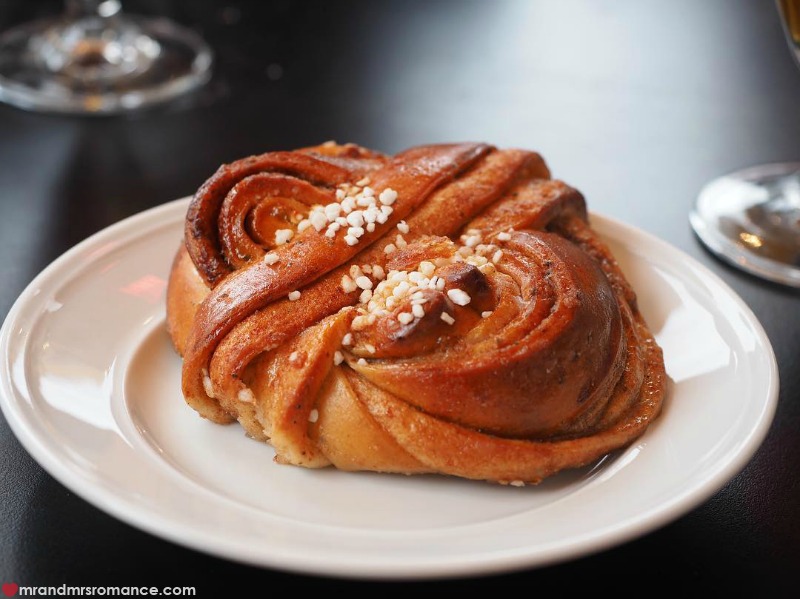 The food in Sweden is excellent. There are so many interesting delicacies that are quite different to anything else you’re likely to find elsewhere.

Our friends here made sure we tried as many really Swedish dishes as possible while we were there. This is a kanembullar – literally ‘cinnamon roll’.

But for some reason this was different to cinnamon rolls (or ‘cinnamon scrolls’ in Australia) we’ve had. Perhaps once again it was the unique architecture of it that set it apart.

Since international and interstate travel is off the cards for us, Christina and I have been finding other ways to entertain both ourselves and…