When you think of Swedish food, thoughts automatically go to meatballs and that’s pretty much it. But this beautiful country at the top of the world has so much more than that. Here are 10 things to eat in Sweden. 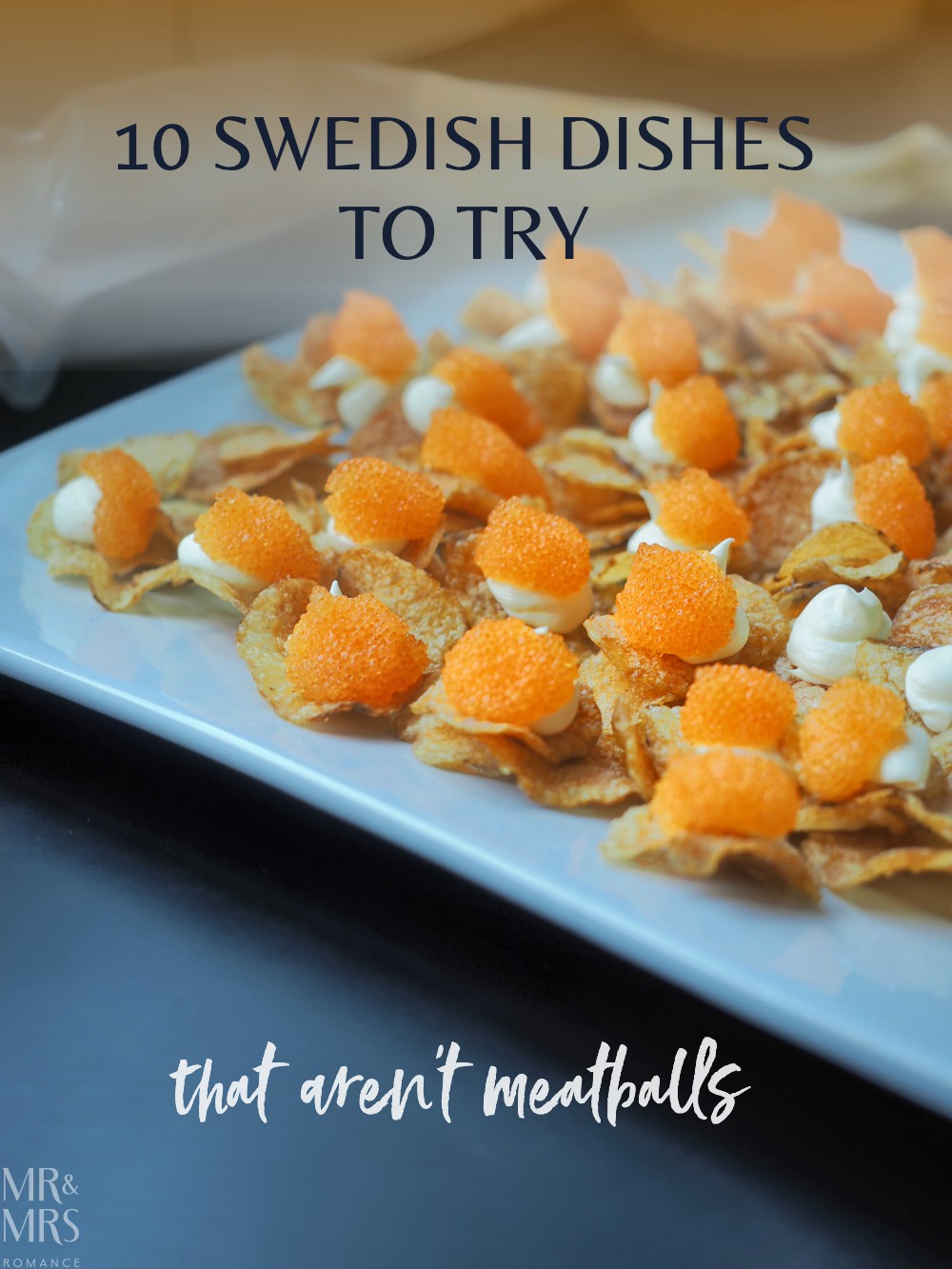 Few things are more compatible than food and travel. It’s such a motivator for exploring beyond the realms of your own country – or even travelling within it.

The pop and crackle of a street hawker’s skillets, the smoke, heat and sweet smells of a hickory barbecue, the joy and smiles and the long blink of satisfaction as you discover a new wonderful flavour. It’s amazing we’re ever home at all.

But one place that we visited where we were neither travelling for the food nor expecting much in the culinary department was Sweden. 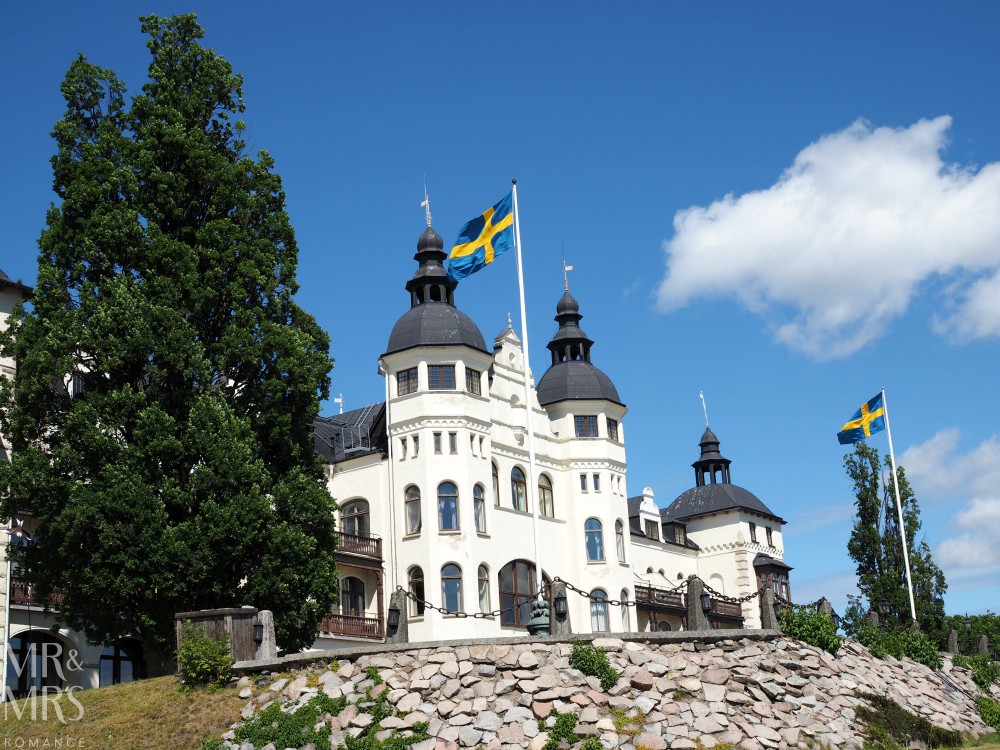 Freezing winters, 24-hour summer days, Ikea and meatballs aside, when you think of Sweden, you have a few inbuilt expectations. Incredible scenery, beautiful waterways, elegant yet unostentatious architecture and irritatingly attractive people are usually what springs to mind.

Our Swedish friends, who we were in Stockholm to catch up with, tick the last box with no problem, and the country’s capital fulfilled our other assumptions.

But what took us by surprise was the range of delicious things to eat here – not least the things our friends cooked up for us in their predictably sublime home full of annoyingly sleek furniture and minimalist style that seems to come so easily to this nation. 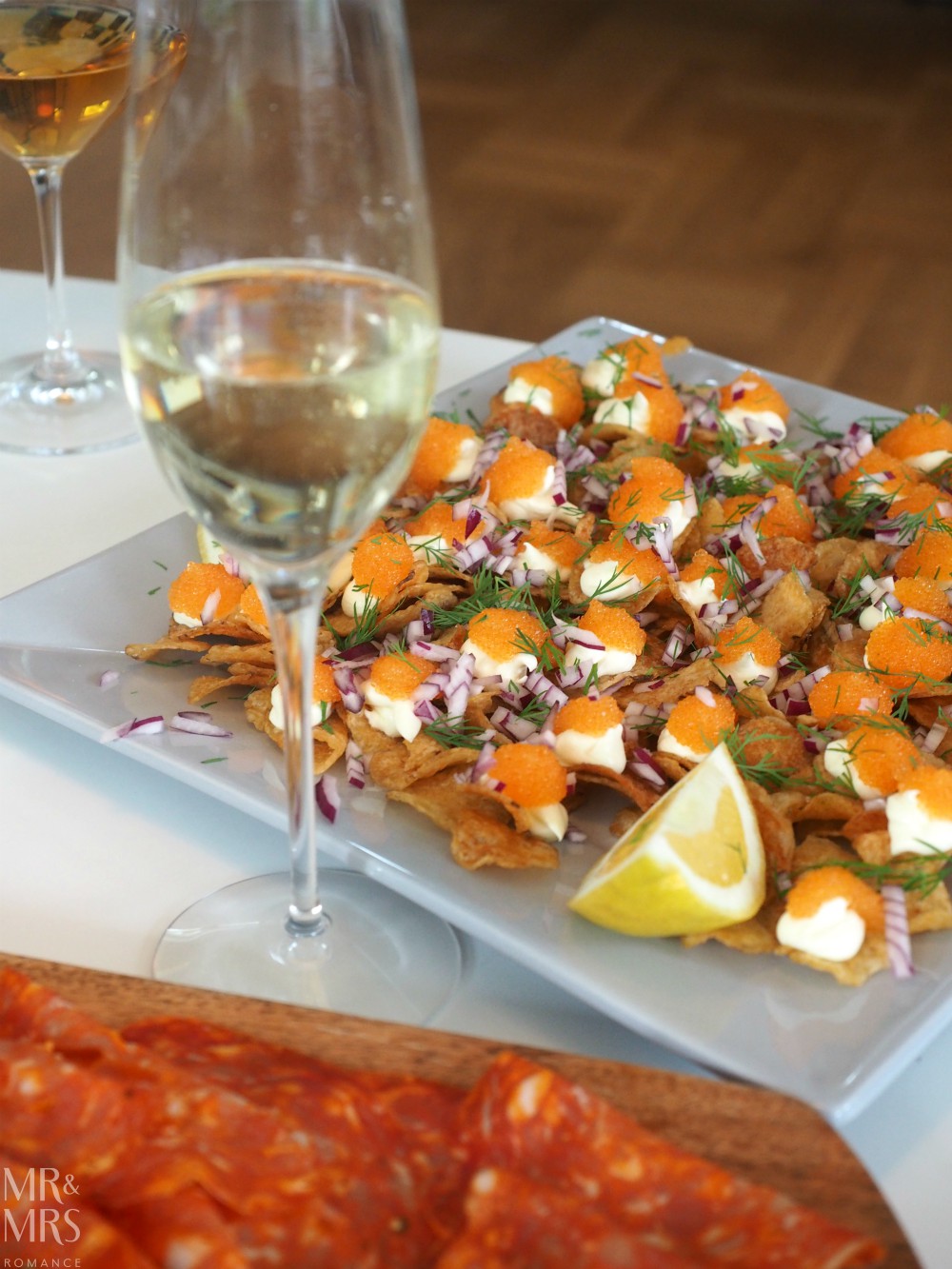 10 Swedish dishes you have to try that aren’t meatballs

These are dishes or components of dishes we’ve tried. There are many more delicious things you can find in Sweden. If you have any recommendations for the next time we’re up there, please tell us in the comments below! 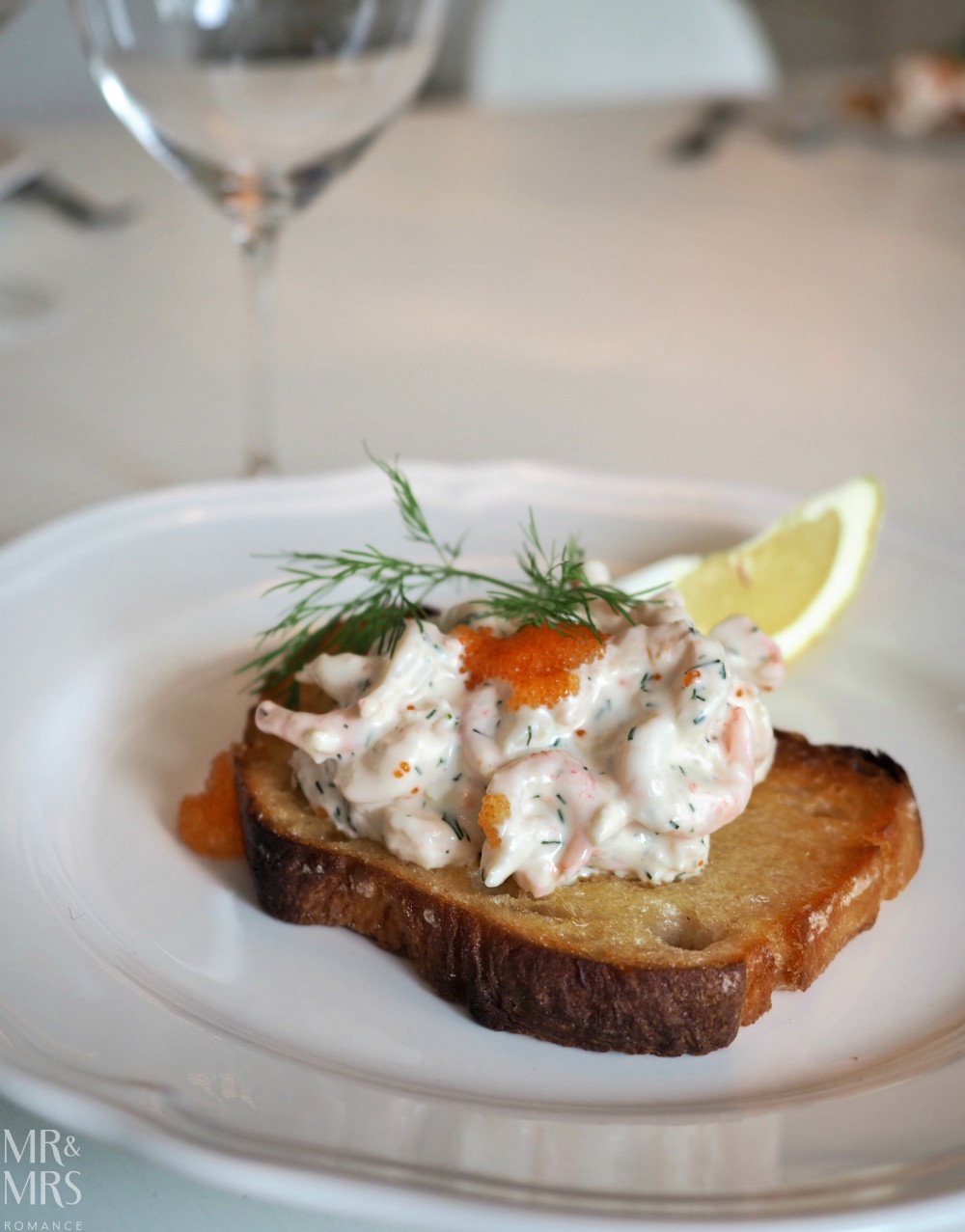 This tasty appetiser is a kind of open sandwich. Grilled white bread with a mix of small prawns, mayonnaise Dijon mustard on tip. It’s then garnished with whitefish roe – usually löjrom (see below)or trout roe – and a slice of lemon 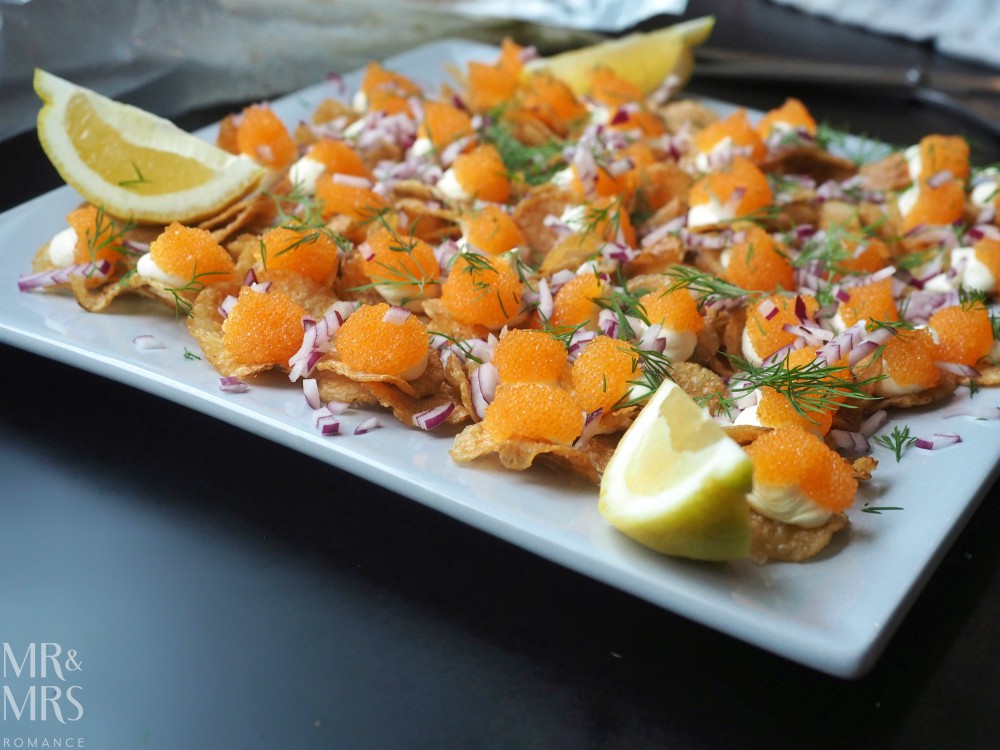 This small, bright orange roe or ‘caviar’ has a wonderful texture and is sweet rather than salty. It’s a popular garnish as with toast skagan or can be a dish of its own. Here’s a site with more on löjrom.

It’s served as a snack with creme fraiche, diced red onion and chives on blinis or on crispy wanton shells.

Our friends had the bright idea of serving it on a bed of thick-cut kettle chips! 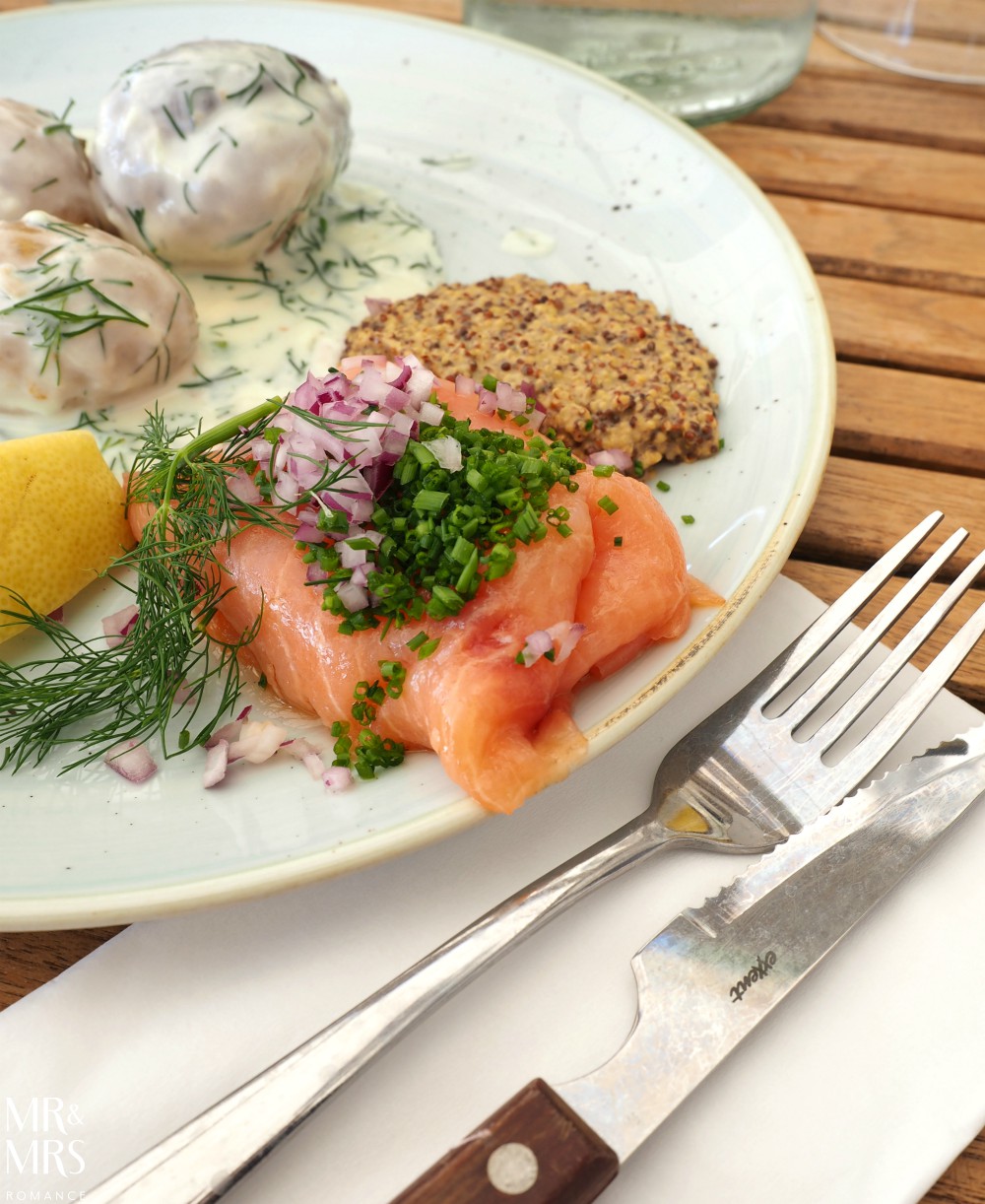 This thinly sliced cured salmon is one of the most popular exports from Scandinavia and you can find it on menus all over the world. A light, refreshing appetiser, gravlax – also sometimes called gravad lax in Sweden – is salmon cured with salt, sugar and dill.

The way we had it is traditional in Sweden, served with boiled potatoes with a dill and mustard sauce called hovmästarsås and wholegrain mustard. 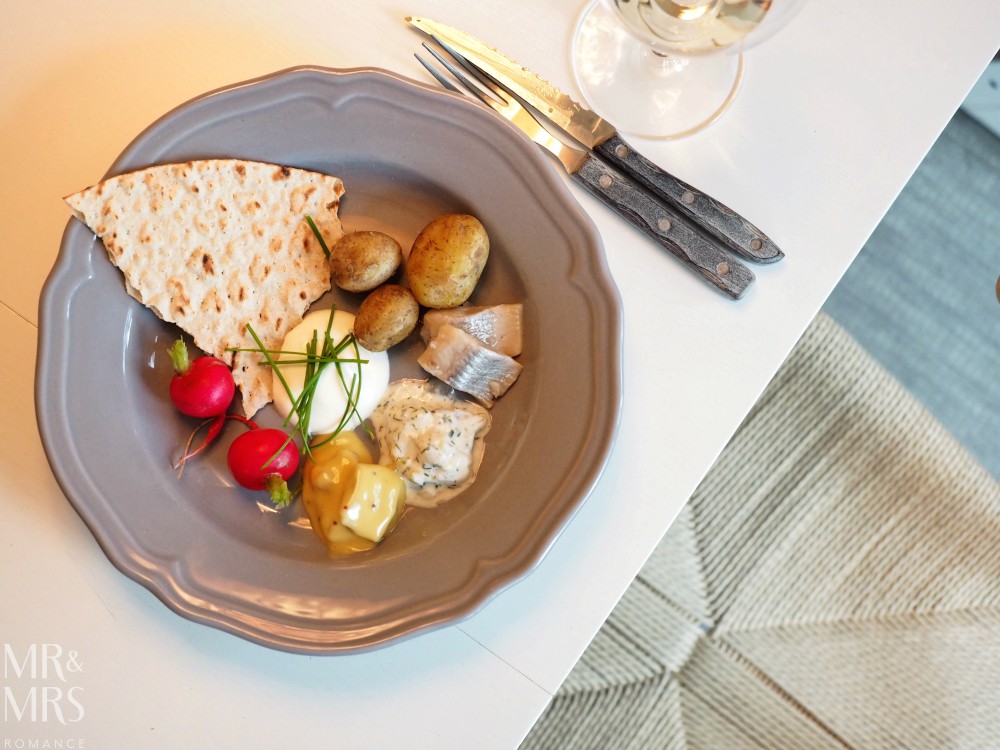 Pickled herring is often seen as ‘celebration’ dish in Sweden, especially around midsummer, Easter and Christmas. The salted herring fillets are pickled in a vinegar and sugar solution with herbs and spices. You eat them alongside things like boiled potatoes and a special sauce called senapssås.

This dish reminds me of the rollmop herring my family used to love when I was a kid. I thought it was one of those weird English dishes no one else did, but it’s popular all across northern Europe.

Our friends fed us this with inlagd sill, as is tradition. It’s a bright, piquant mustard emulsion that goes really well with the dense flavours of the pickled herring.

We also had some hovmästarsås you’ll often find with gravlax and creme fraiche, plus a special Swedish cracker bread called tunnbröd.

This flatbread is very traditional in Sweden and can be either soft of hard like a cracker. It’s a fairly neutral flavour, which allows the other tastes from the dish to shine.

We had the cracker type of tunnbröd at our friends’ house, which also goes really well with another flavour institution: Kalles spread! 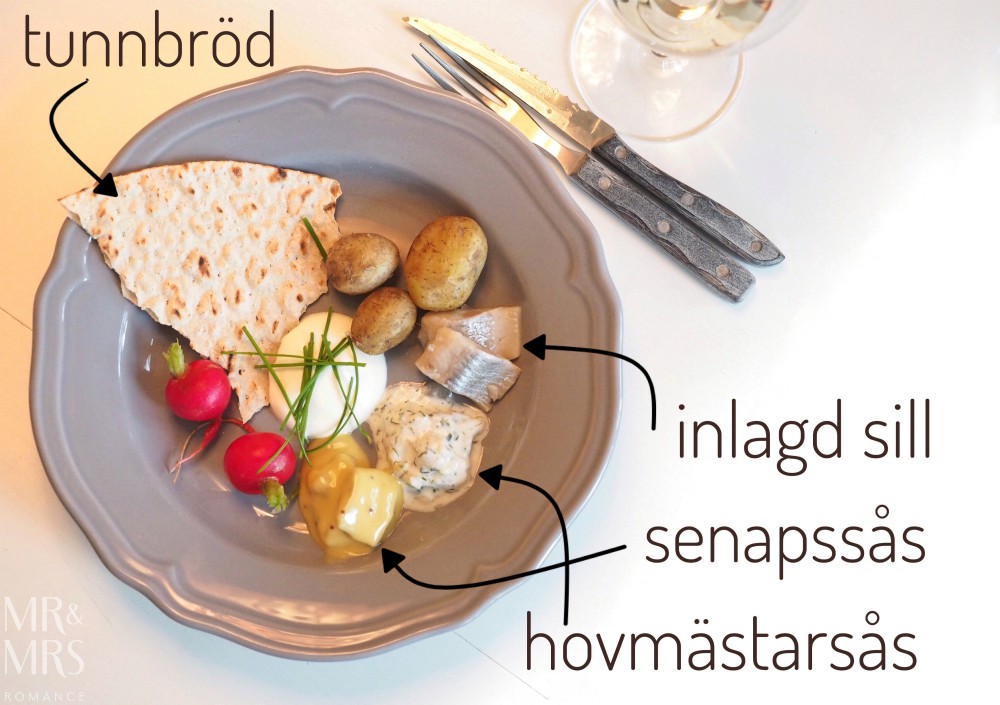 This strange pink spread comes in a tube like toothpaste. It has a very pungent smell and flavour, and even polarises Swedish people. Of our friends, he loves it and she hates it!

I really like it as it reminds me of the cod roe you can get in fish and chip shops in the UK. It’s quite fishy but also somehow a little cheesy. You can (and should) put Kalles on most things, but it goes really well just on tunnbröd.

This is ubiquitous in Swedish homes and you can even buy it in Ikea! 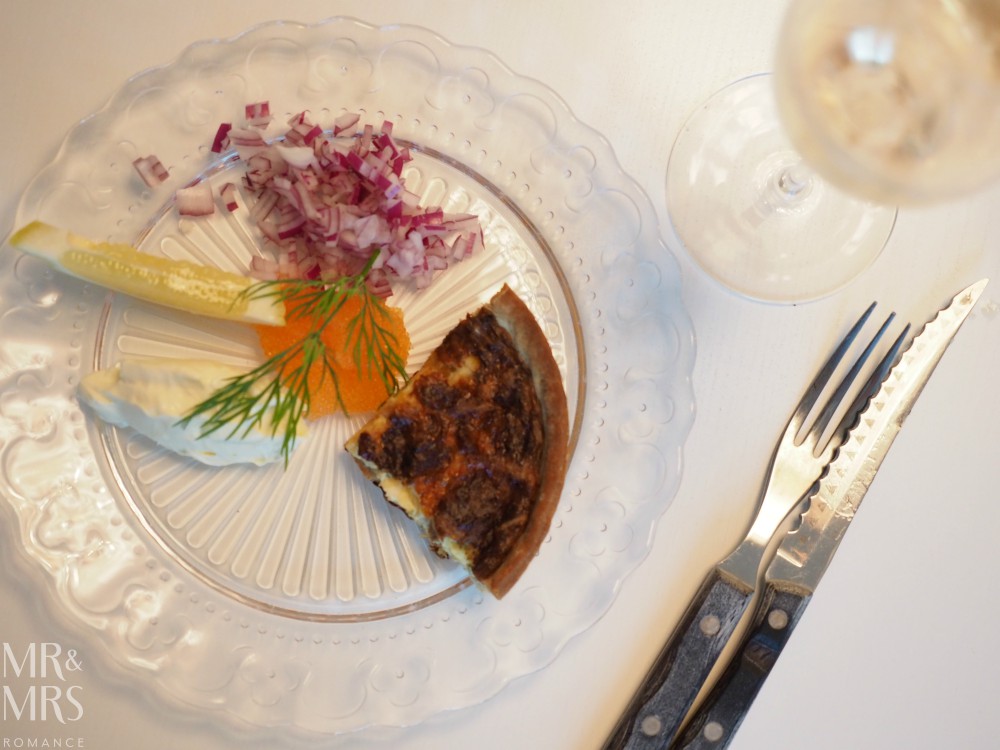 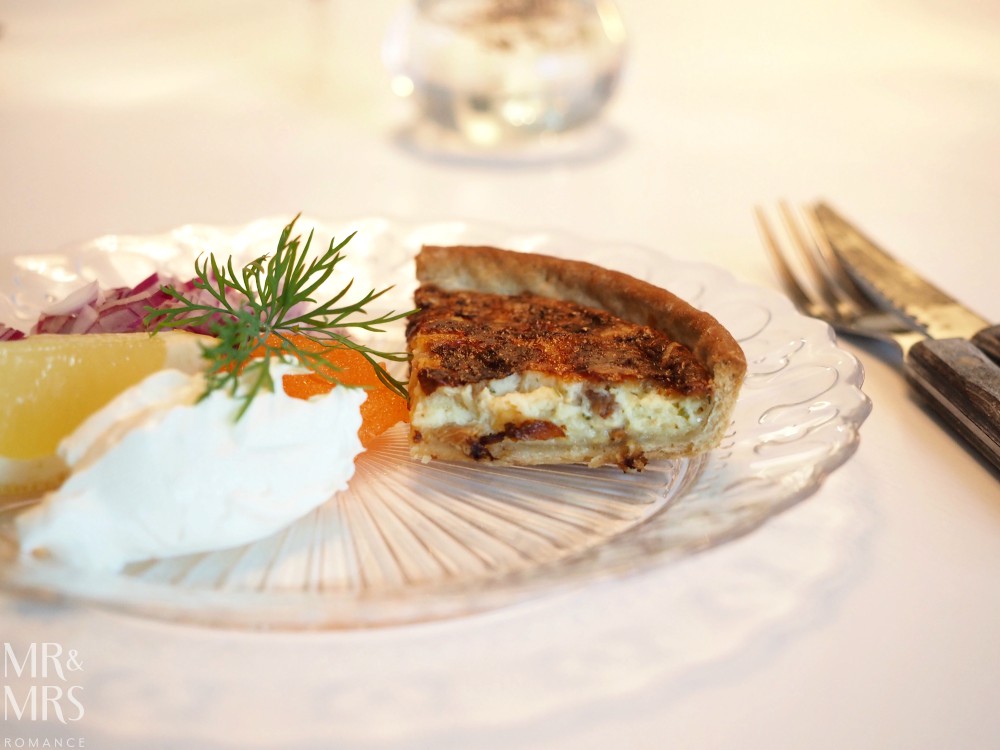 Another popular dish for midsummer (no prizes for guessing what time of year we were in Sweden!) is västerbottensostpaj. It’s a pie – hence ‘paj’ in the name made with våsterbotten cheese, which is similar to gruyere.

We enjoyed our piece of this excellent homemade pie with some creme fraiche and – of course – some löjrom fish roe!

One thing we weren’t expecting in Sweden was the quality of pastries we found. But Swedes love to cosy up with friends and family to enjoy works of art like this and enjoy ‘fika’. 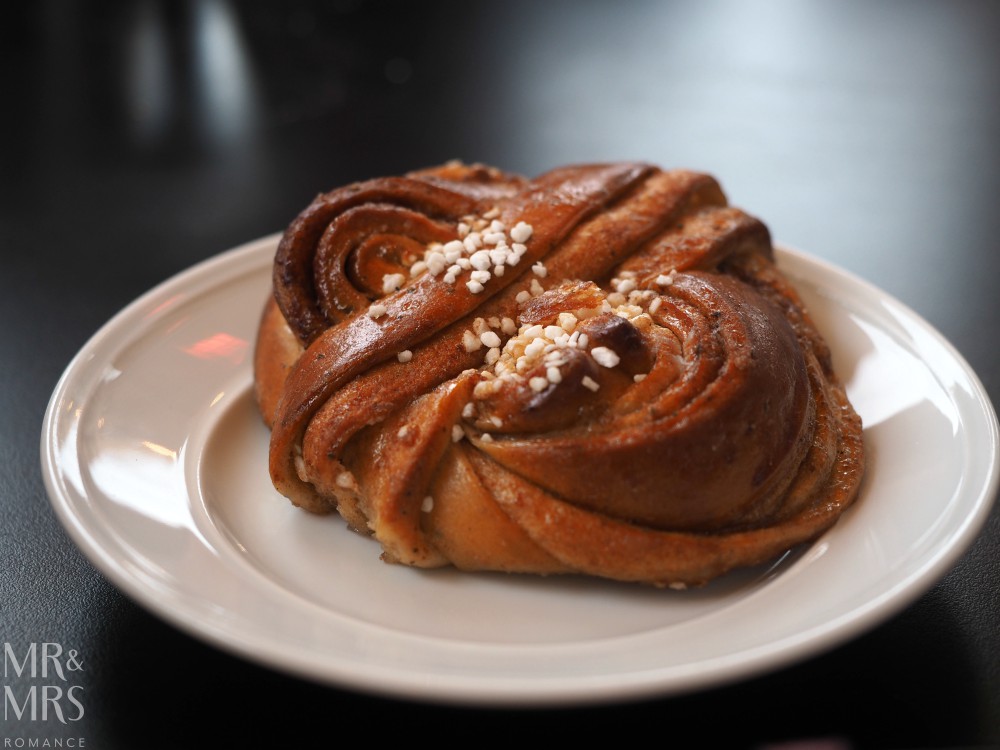 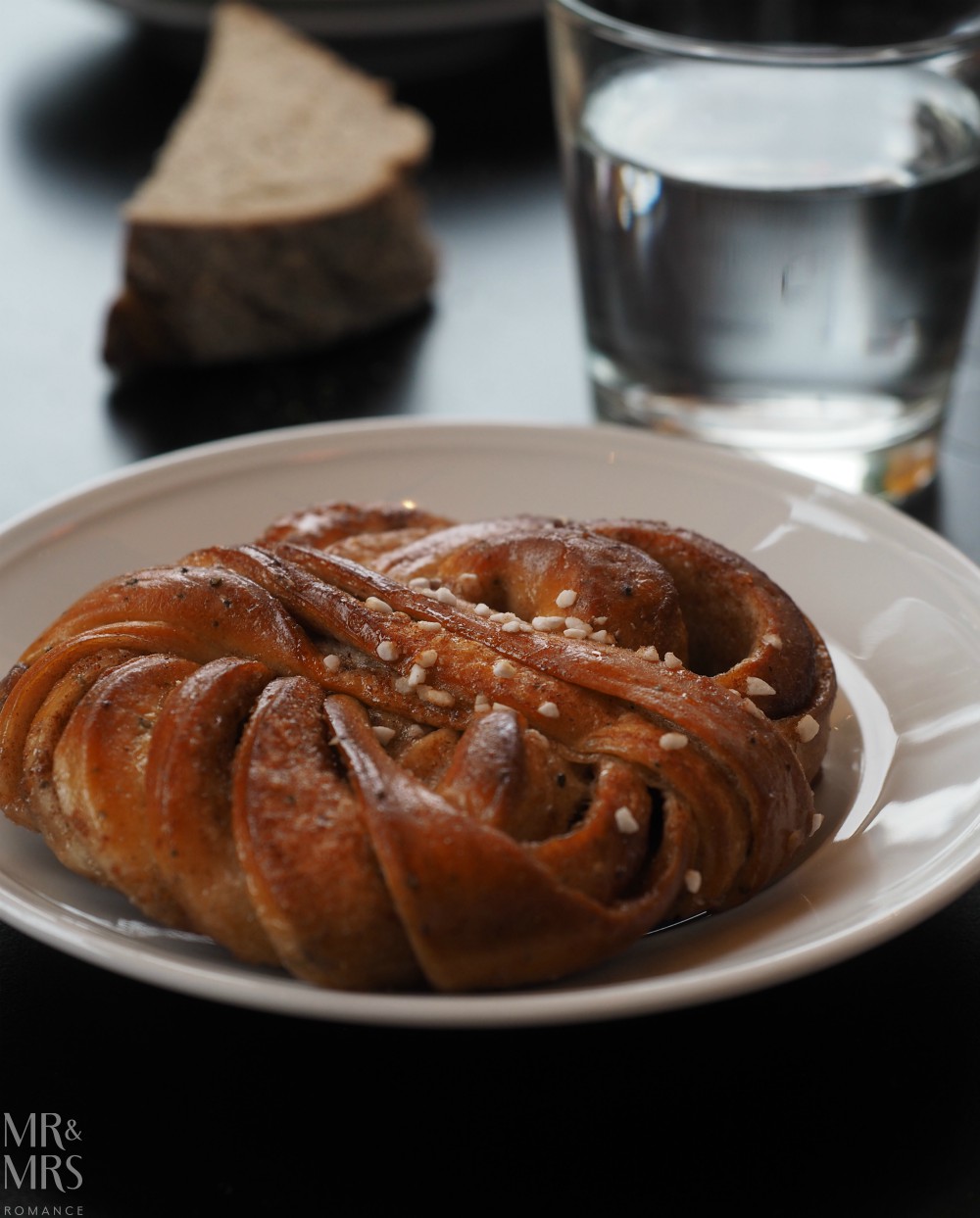 Fika is one of those words that has no direct translation in English. On the face of it, fika means to take a coffee break with a snack, but beneath that, there’s a whole cultural concept to it.

Catching up with those close to you, making time to relax and reconnect, fika is a state of mind that’s important to everyday life in Sweden. And pastries like this can only help! 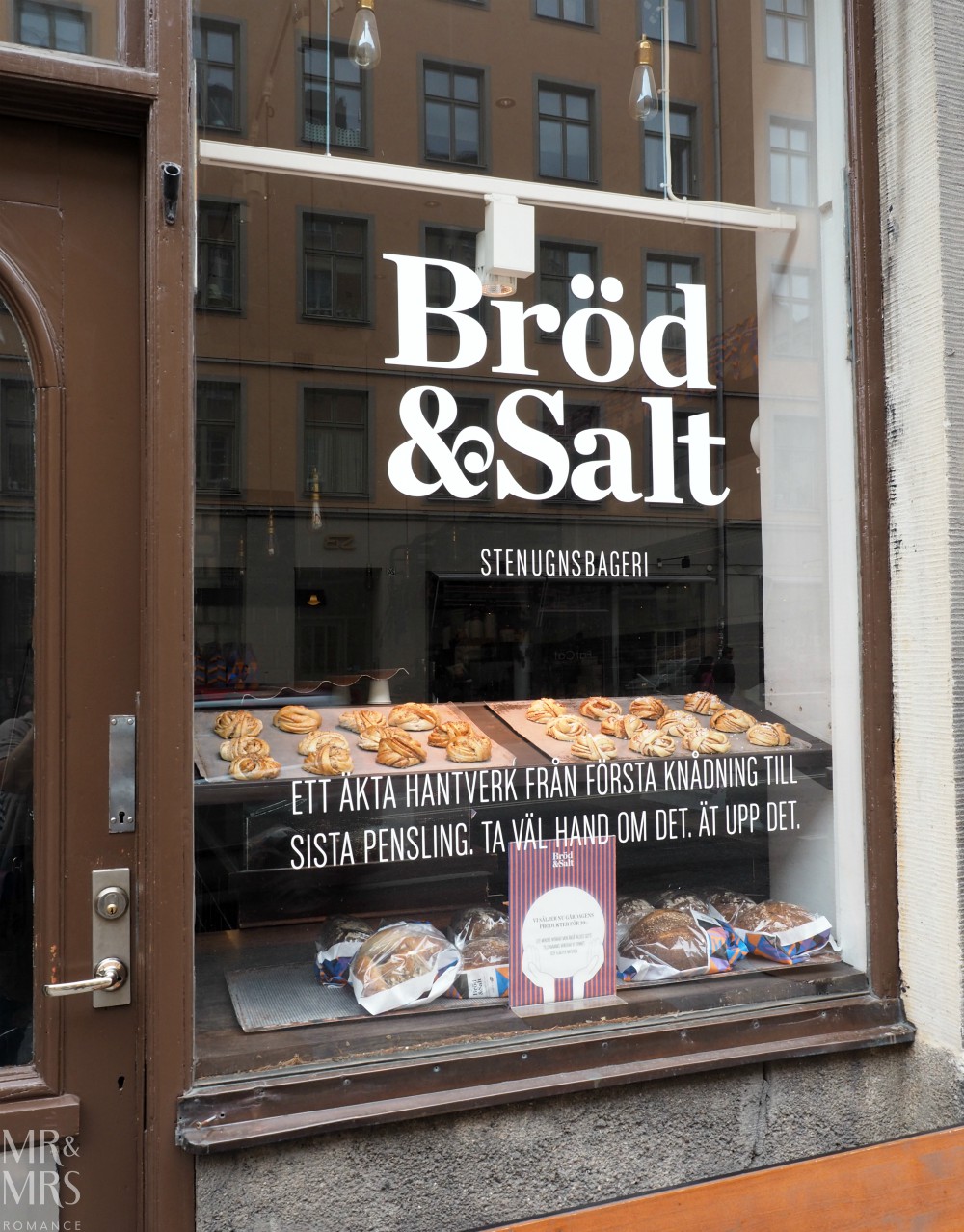 The craft beer scene in Sweden – especially in Stockholm – is thriving. Nacka is a local brewery in Saltsj?baden, a beautiful waterside suburb on the east side of the city. 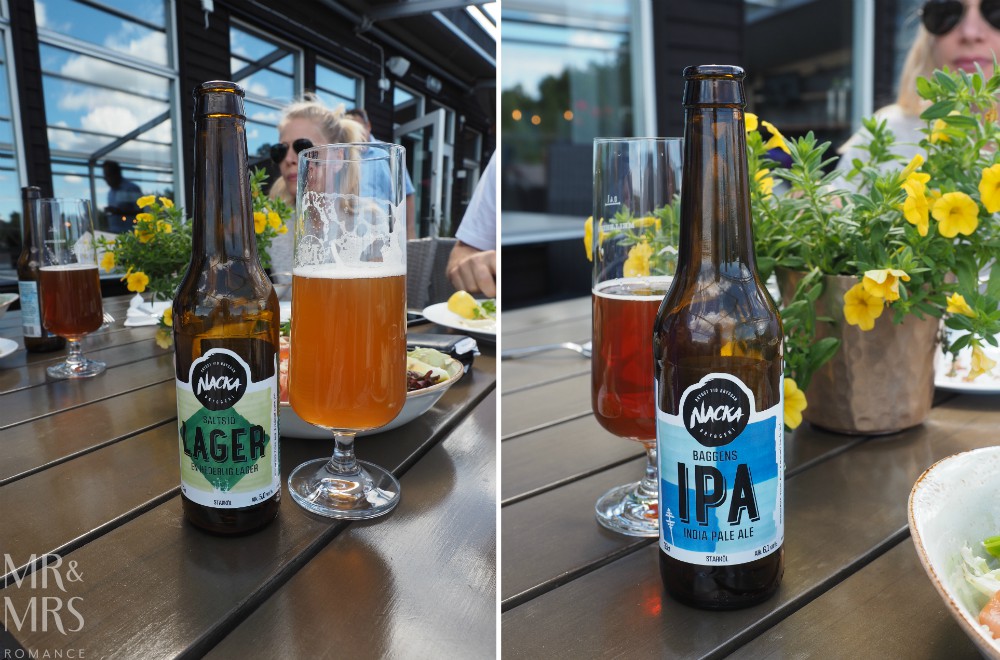 The lager is refreshing and well balanced while the IPA is dark, well-hopped and packed with flavour. If you see this beer anywhere, buy it immediately.

Of course we had to try them! But they were actually a little hard to find in Sweden and we ended finding some on a kids’ menu! It was worth the hunt though.

These little meatballs in a rich creamy gravy were tasty and also came with another Swedish treasure: lingonberries. 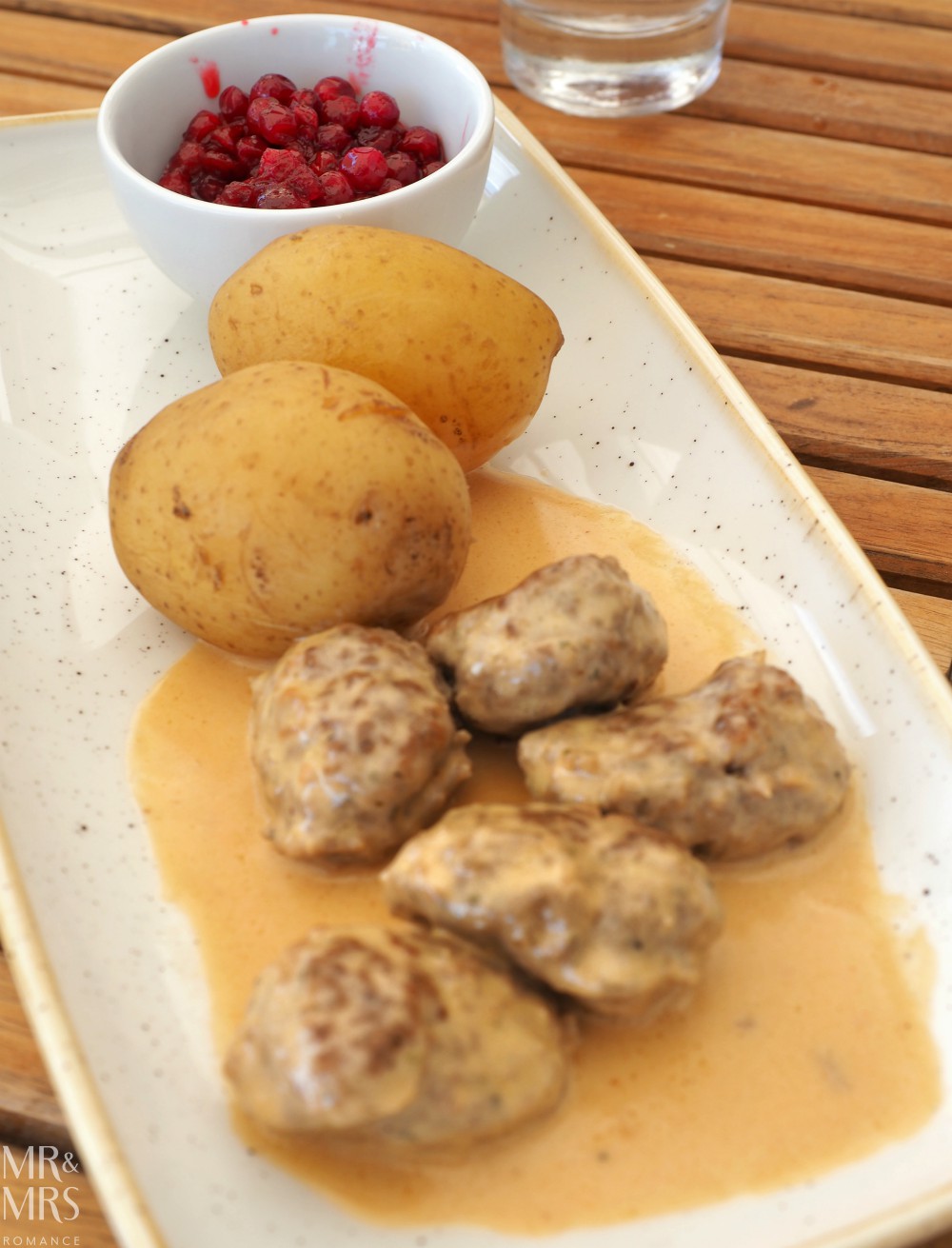 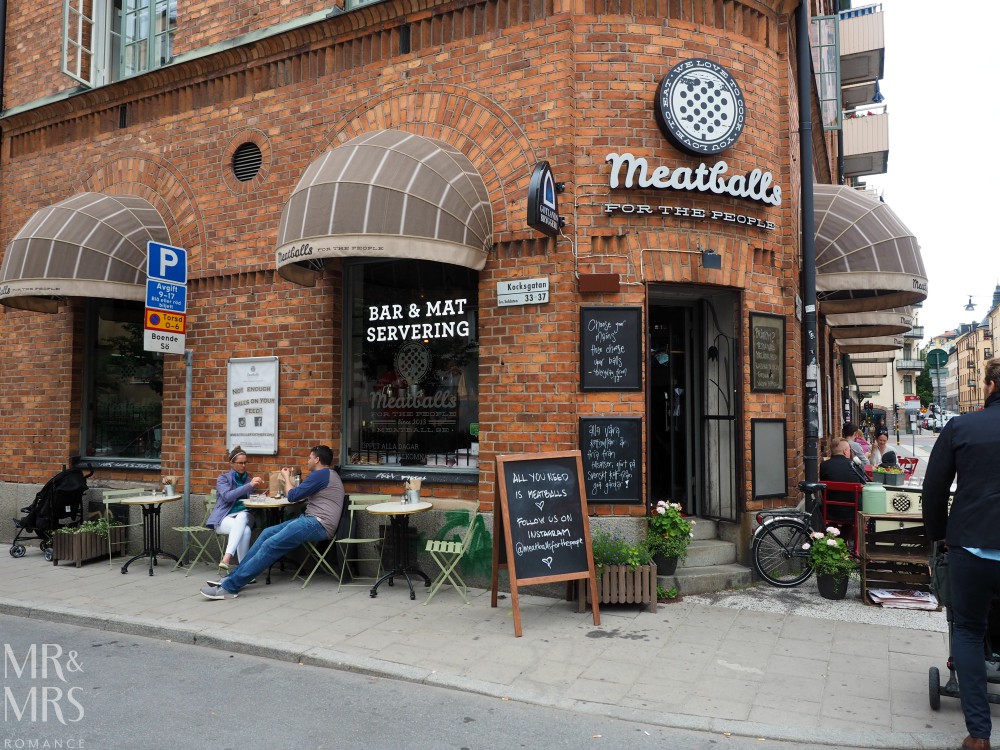 It wasn’t until later that we discovered a place dedicated to Swedish meatballs, and by that time our curiosity had been sated.

To see more of what we got up to in Sweden, check out our Swedish travel diary.

And if you want to see the best places to take photos in Stockholm, here’s our story and video.

Do you have a favourite Swedish dish? Have you ever travelled somewhere that’s surprised you with its food? Tell us in the comments! 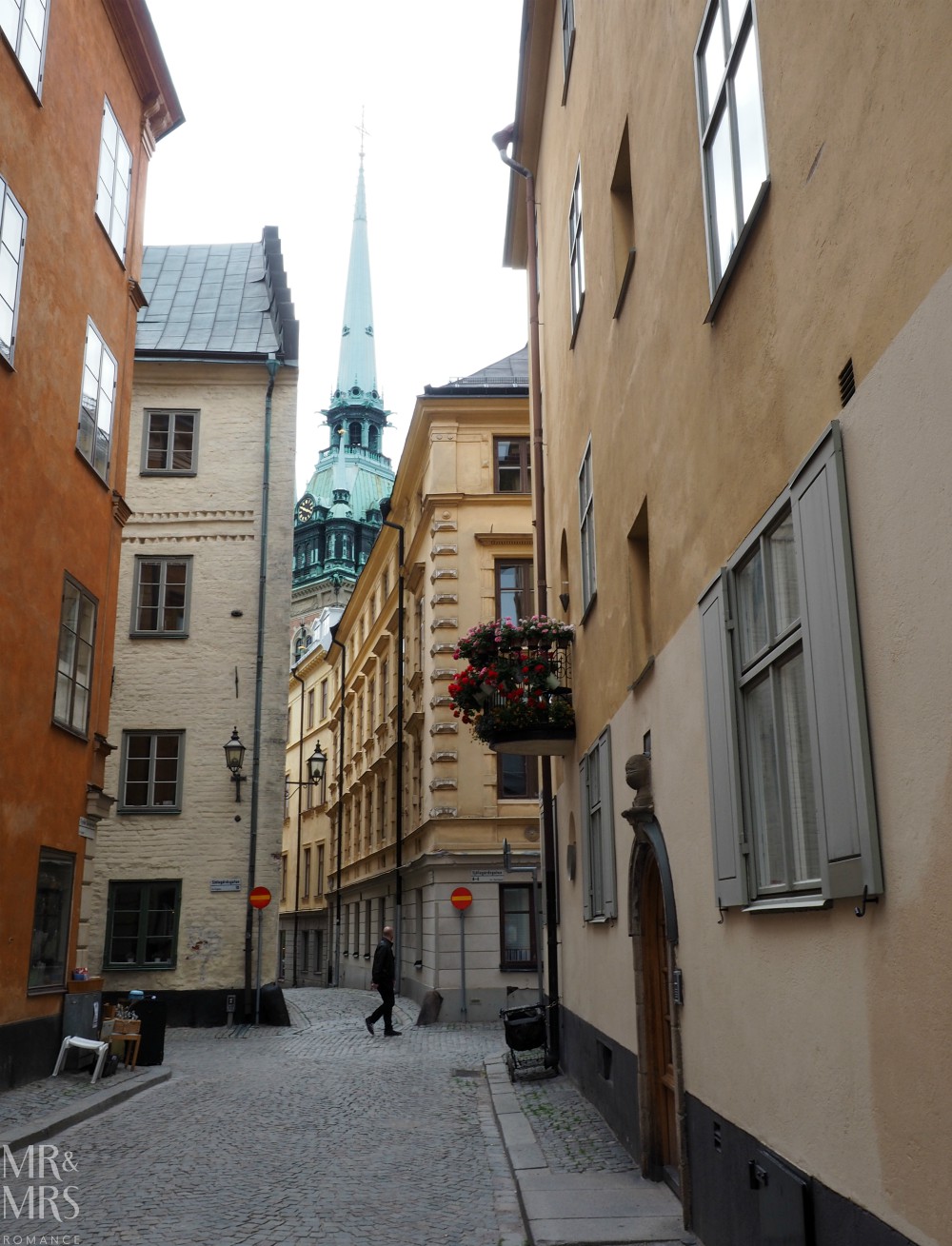 Pinot Noir—why it’s so misunderstood + 9 of our favourites