Being able to see Sweden’s capital Stockholm with a local’s eye brings this already fascinating city to life. Here’s how you can see the real Stockholm – and where to get the best photos too!

Brought to you by Olympus 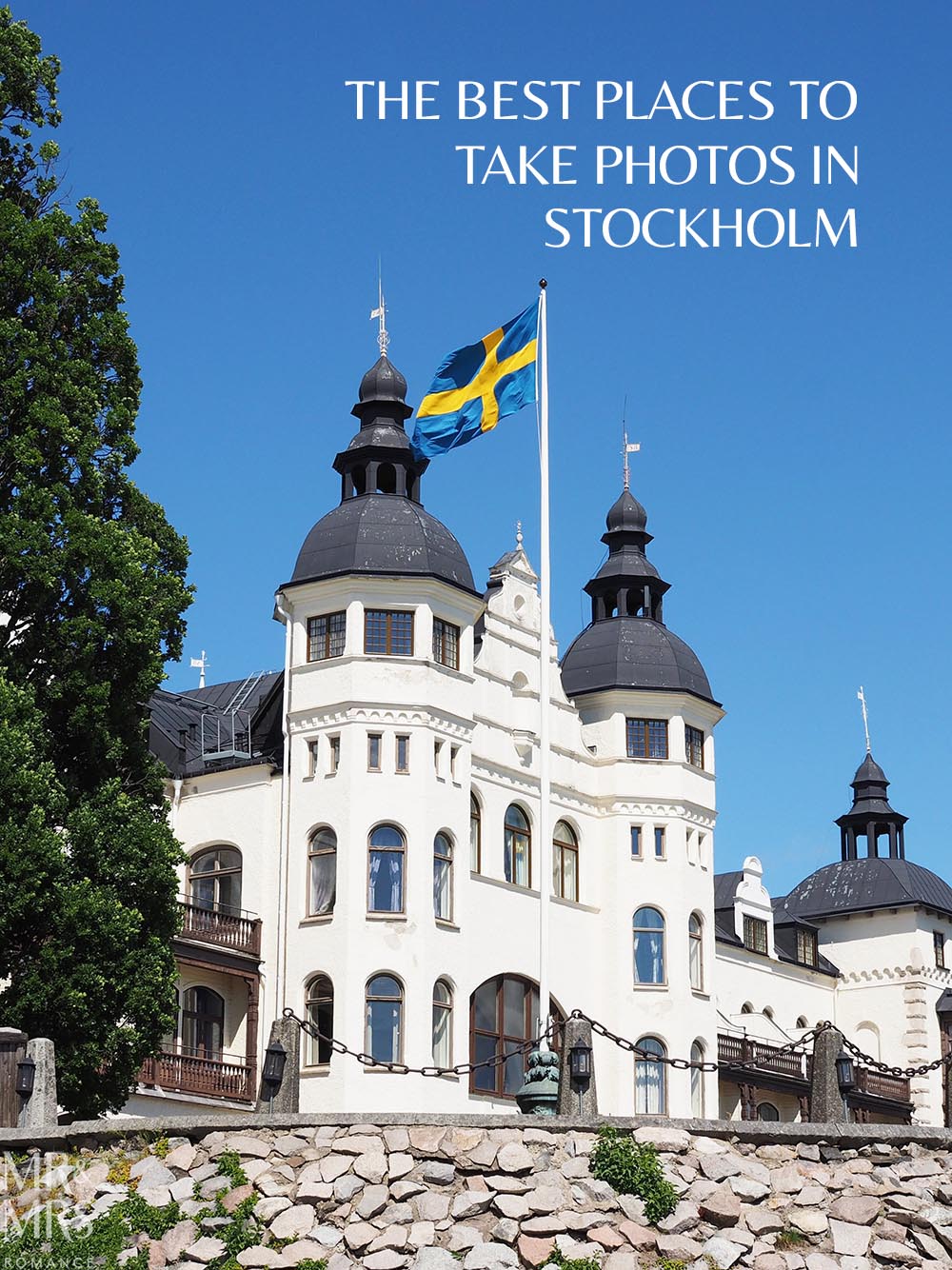 The two places – Puglia and Stockholm – are about as distant from each other as you can get.

Geographically, Stockholm and Puglia are like the north and south poles of Europe. In fact other than Reykjavík in Iceland, Stockholm is one of the furthest European capitals from Puglia.

Culturally, you couldn’t get two more different places. Both peoples are lovely, welcoming and friendly, but aesthetically, linguistically and gastronomically they are two ends of a spectrum.

Why were we so intent on getting from one side of the Continent to the other?

Back in 2000, Mrs Romance and I met our incredible friend Ida.

It was one of those friendships that came about from such a complicated chain of other chance meetings and friendships that, if you think too much about it and the odds that you’d ever meet, you’d go mad.

But some 17 years later, after losing touch and – as my mum likes to say: “life getting in the way of our best intentions”, we reconnected on Instagram.

The next thing we know, we’re staying in her stunning Scandi mid-century house in Stockholm with her beautiful family.

And the next thing after that, we’re experiencing fika (the Swedish art of eating pastries while catching up with friends and family!) in one of the most fascinating, mysterious northern European cities with a local. And we’re getting a perspective most visitors never experience.

Check out our video of the highlights of our guide to Stockholm here.

On this trip to Europe, we were travelling with two of Olympus’s OM-D mirrorless cameras – the OM-D E-M1 and the E-M5 Mark II.

They’re perfect travel cameras because they’re light weight and small enough to carry round all day, but they’re also incredibly powerful and versatile. They produce DSLR quality but have amazing automatic functions, which make shooting on the go easier. 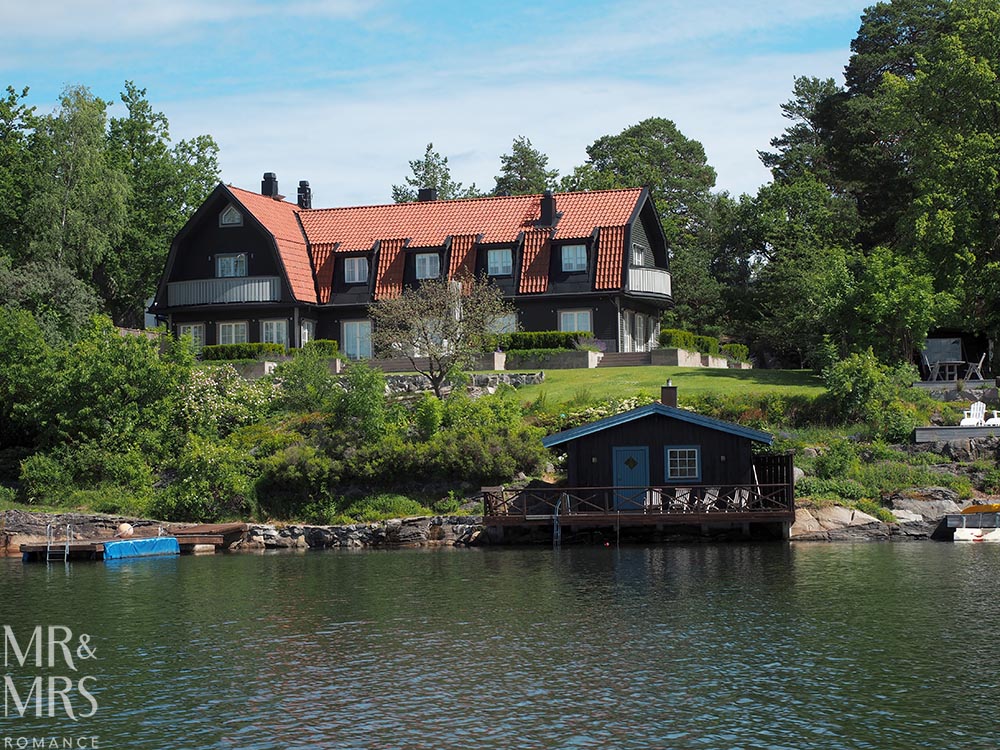 An exclusive suburb to the east of Stockholm, Solsidan could be compared to Point Piper in Sydney.

There’s even a TV comedy of the same name. Best explored by boat, so you can make a wishlist of the houses you’d like to live in. 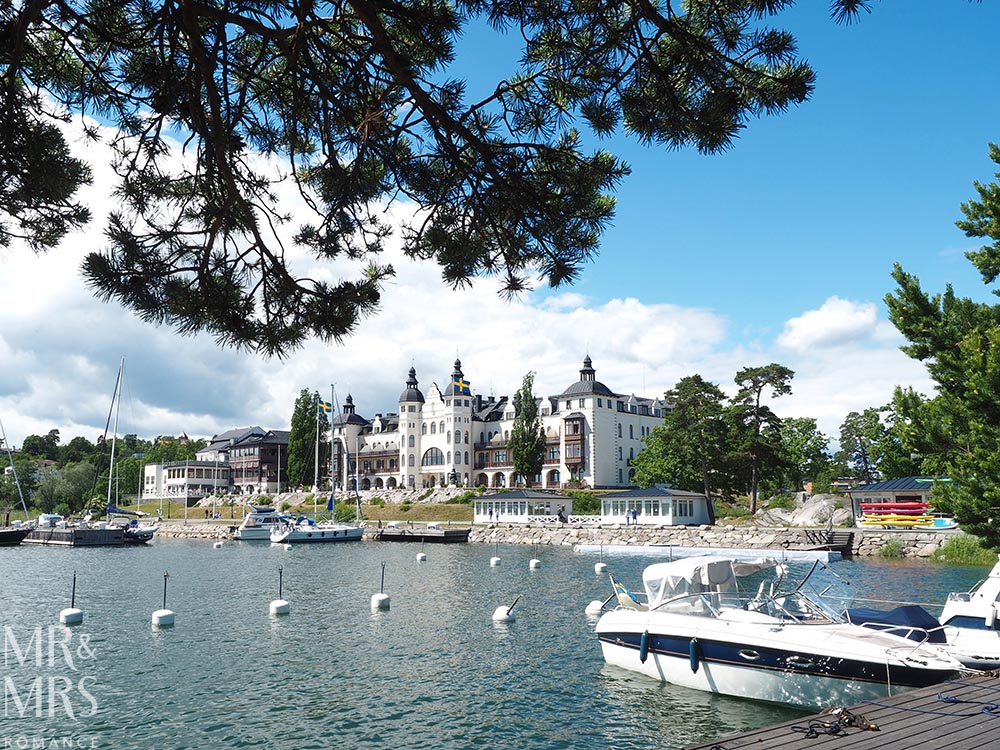 Another stunning suburb next to Solsidan, Saltsjöbaden literally means the “Salt Sea baths”. Easily accessible from central Stockholm by bus or train, there are beautiful walks around the shoreline.

The Grand Hotel Saltsjöbaden may not be as grand as it once was, but the traditional baths are still a drawcard here. Stop for lunch at Holmen Kök & Bar too for some delicious Swedish fare. 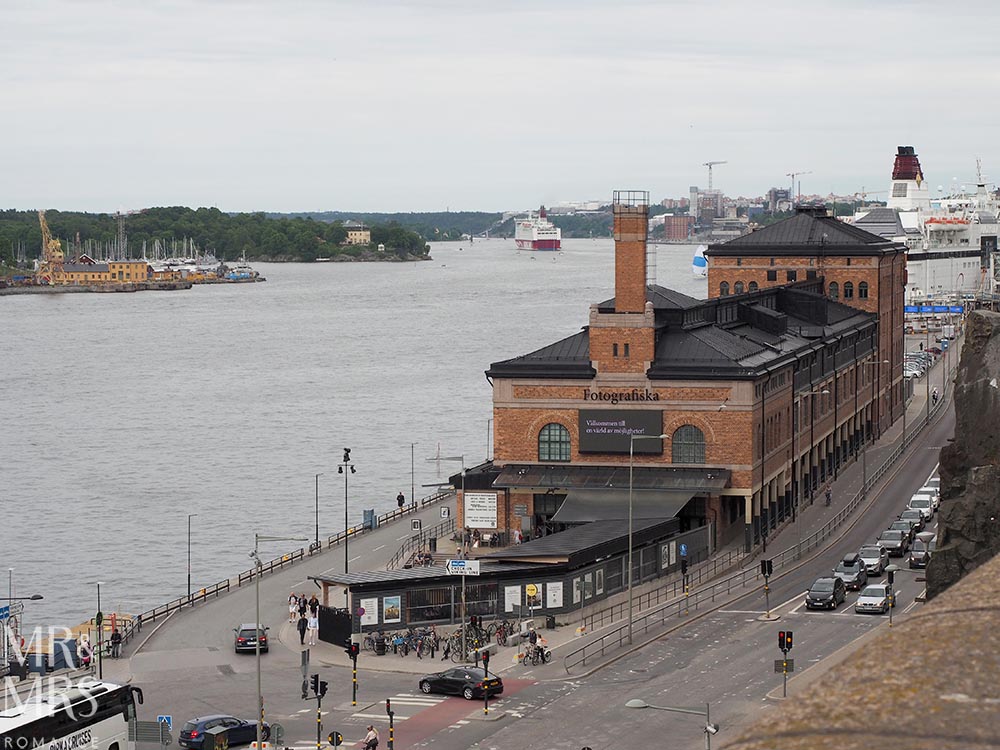 Take a break from shooting to find inspiration at Fotografiska, the centre for contemporary photography, located in the east of Södermalm.

With a huge range of gallery spaces, there are changing exhibitions all year round here. The rooftop café has amazing views or head up to the Fjällgatan lookout above. 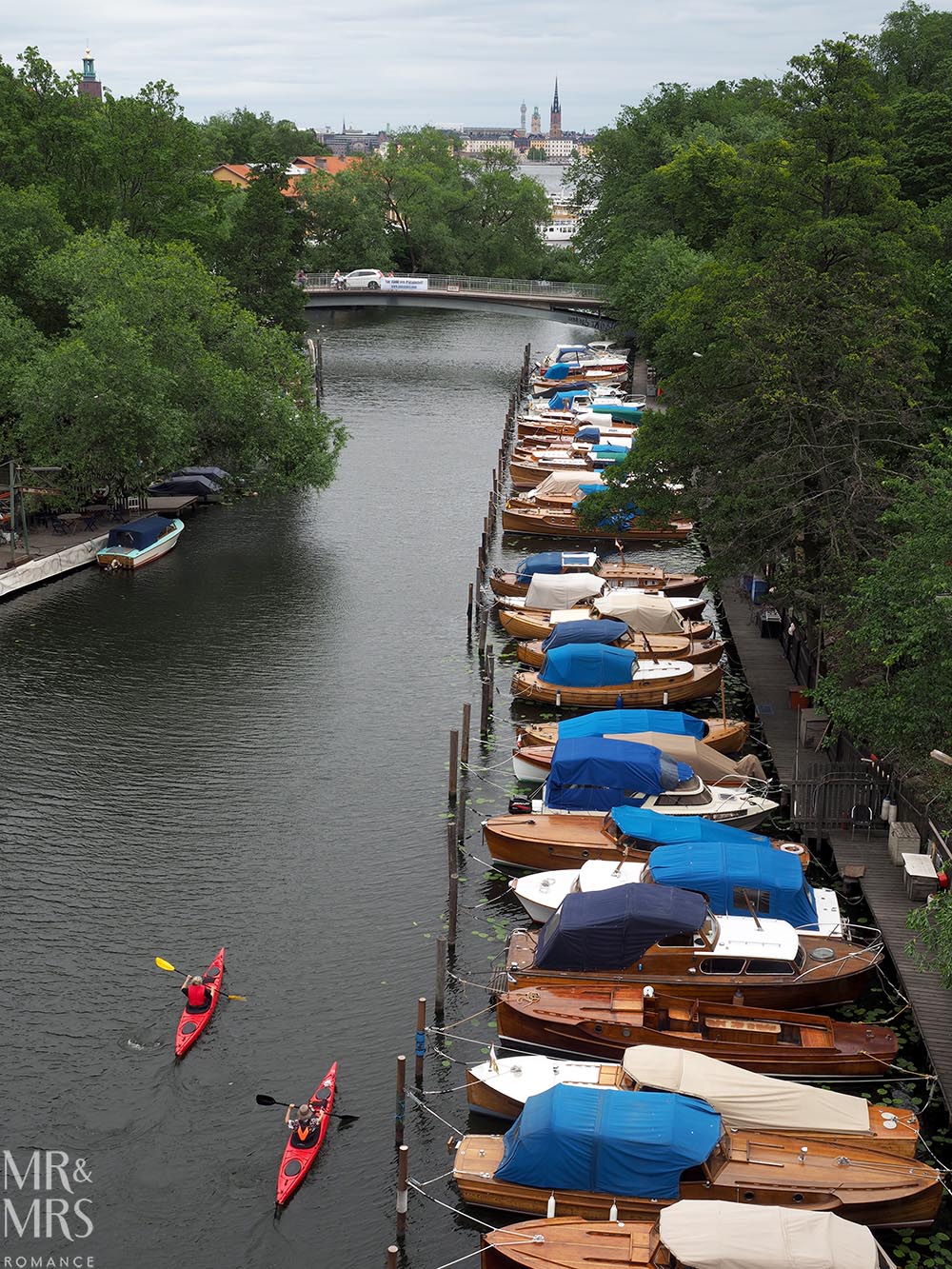 Walking across Vasterbron Bridge, you have sweeping views of Stockholm, but step down onto Långholmen and you’ll find a green oasis.

The island used to house a prison, which is now a hotel. There are also a few tiny beaches here and it’s a popular picnic spot in summer. 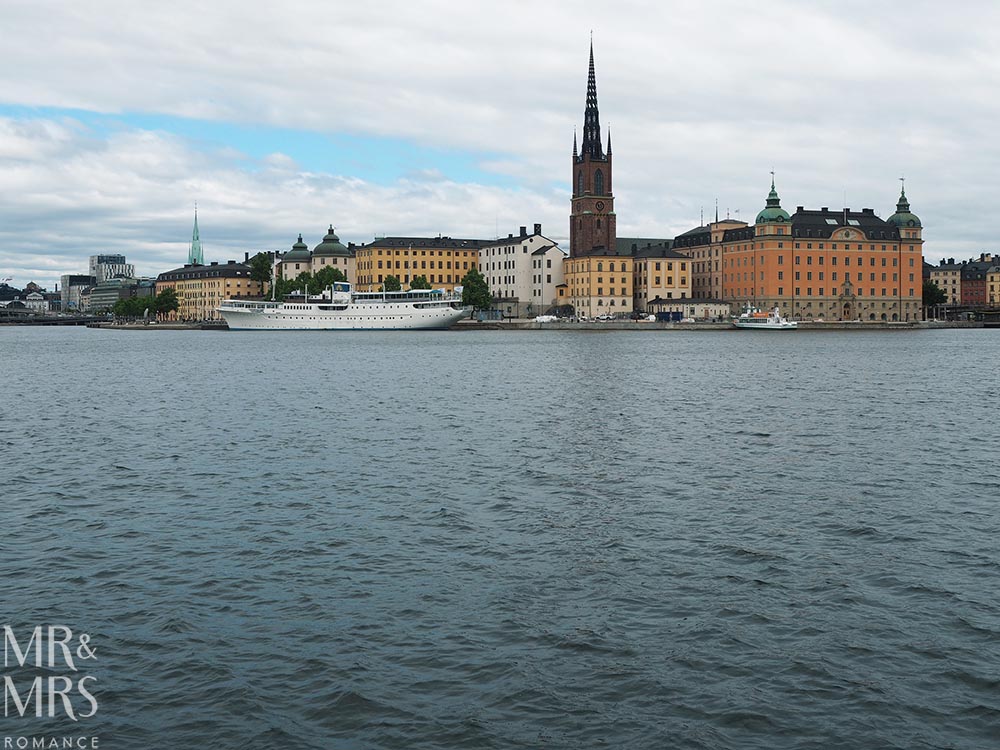 One of the coolest neighbourhoods in Stockholm, you’ll find great views by the water.

It’s probably the most hipster part of town and has a bohemian feel with vintage shops and cafes. Just call it Söder, to sound like a local. 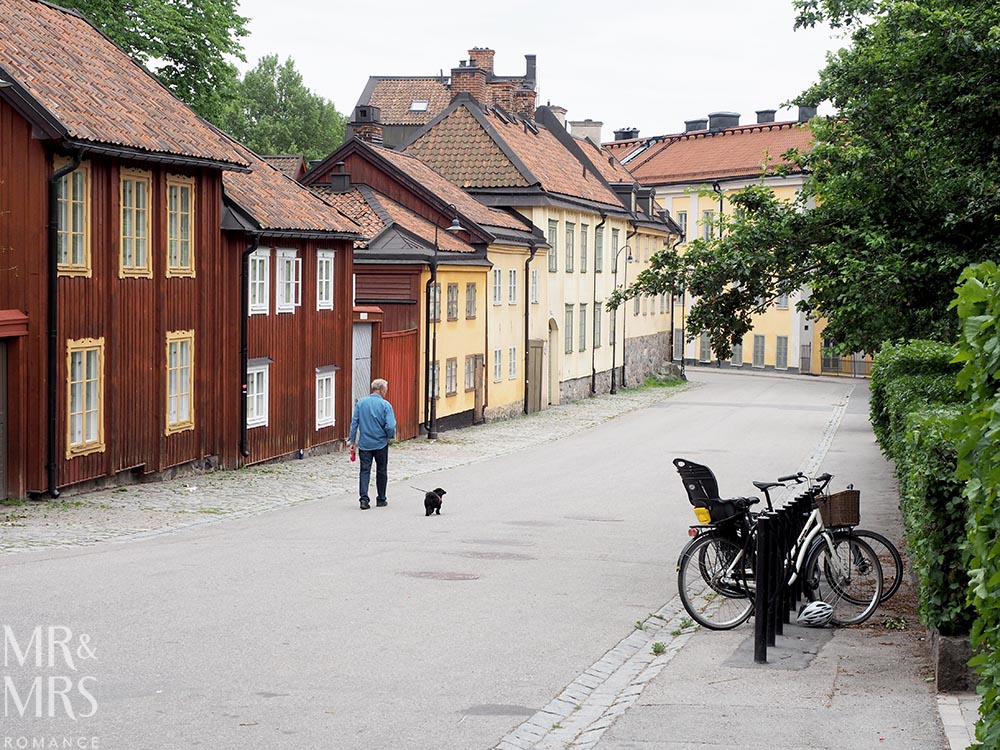 While you’re exploring Söder, make sure to visit Nytorget. This was the site of open-air markets but is now a hipster hangout for al fresco bars and cafes.

It’s a great place to fika, that’s the Swedish art of eating pastries while catching up with friends and family. I love that there’s a word just for that! 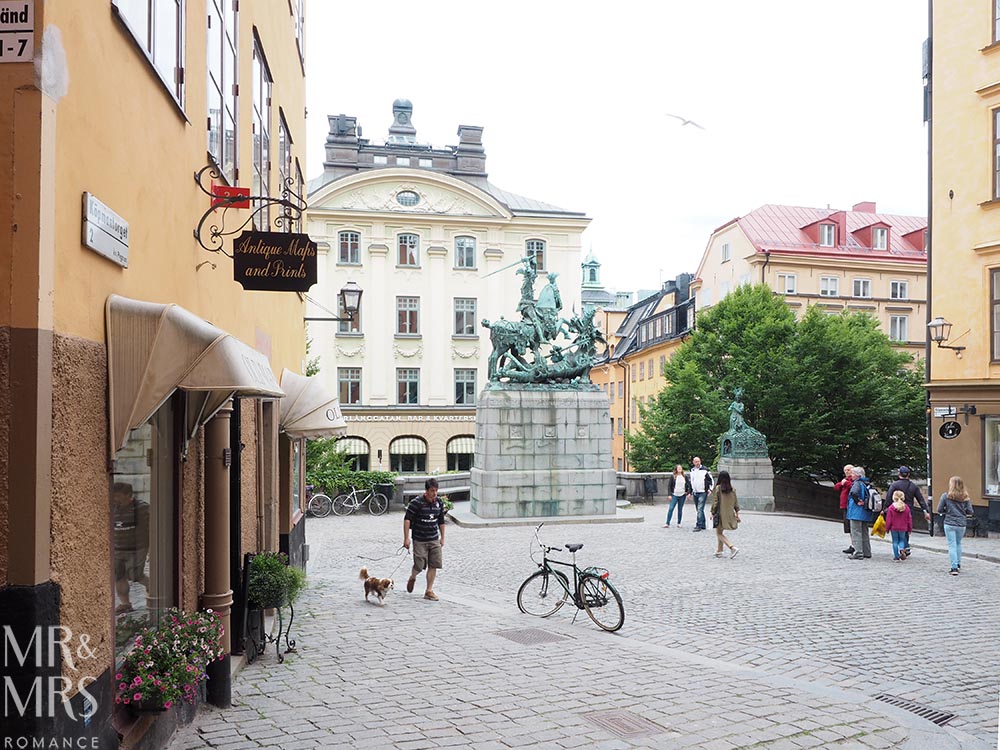 In the old town of Stockholm, you’ll stumble across so many gorgeous street corners, but Köpmanbrinken is worth finding.

It translates as “Merchant’s Slope” and has a bronze replica of the stature of St George rescuing his princess from the dragon. The original is in the cathedral Storkyrkan. 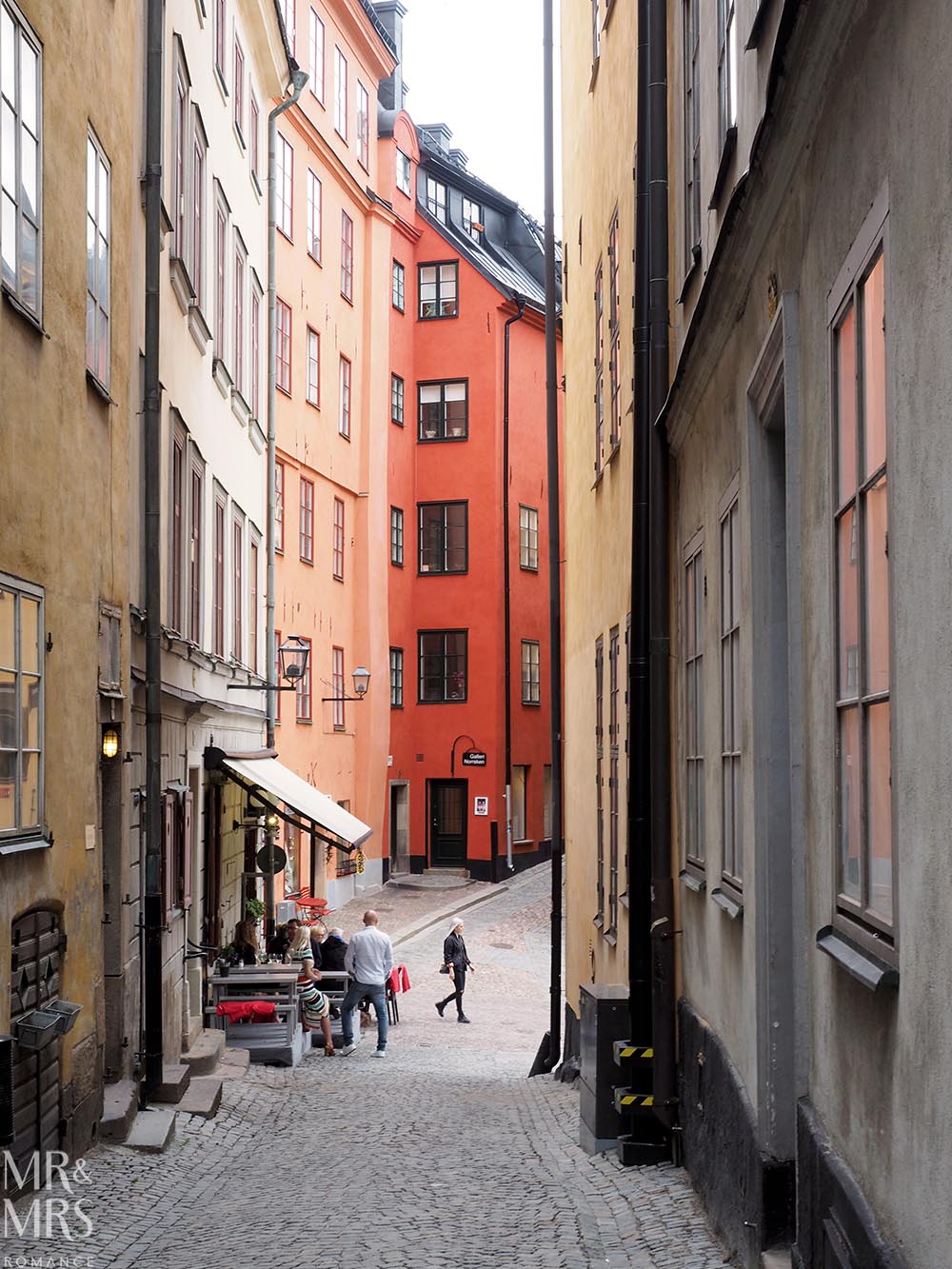 Gamla Stan, the Old Town, is like walking through a living medieval museum. This is where Stockholm was founded in 1252 and you can easily get lost in the cobblestone streets and stumble across stunning scenes.

With cathedrals, the Royal Palace and the Nobel Museum, you can get lost for days on this tiny island. Try and find Mårten Trotzigs grand, the tiniest alley that’s only 90cm wide. Not too much fika before you go though! 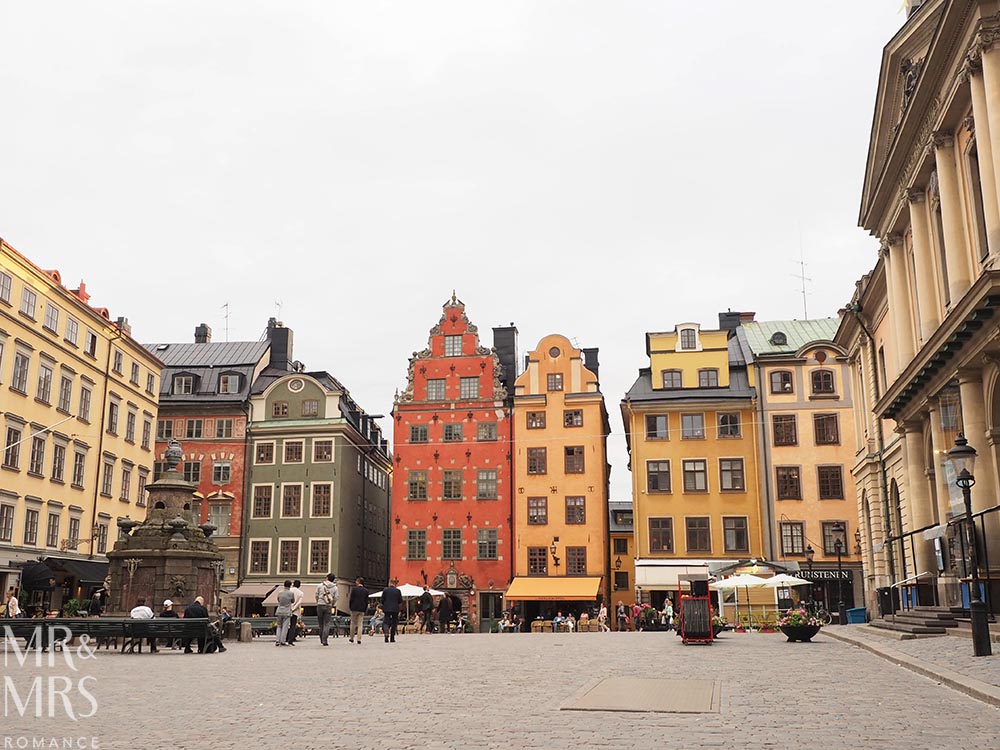 Stortorget is the oldest square in Gamla Stan, surrounded by these iconic merchants’ houses and home to the Christmas markets. This pretty square is a bit touristy, but still worth a visit for the history.

Look out for the cannonball stuck into the corner of no.7 – legend says it was fired at the Danish King during the Stockholm Bloodbath of 1520. 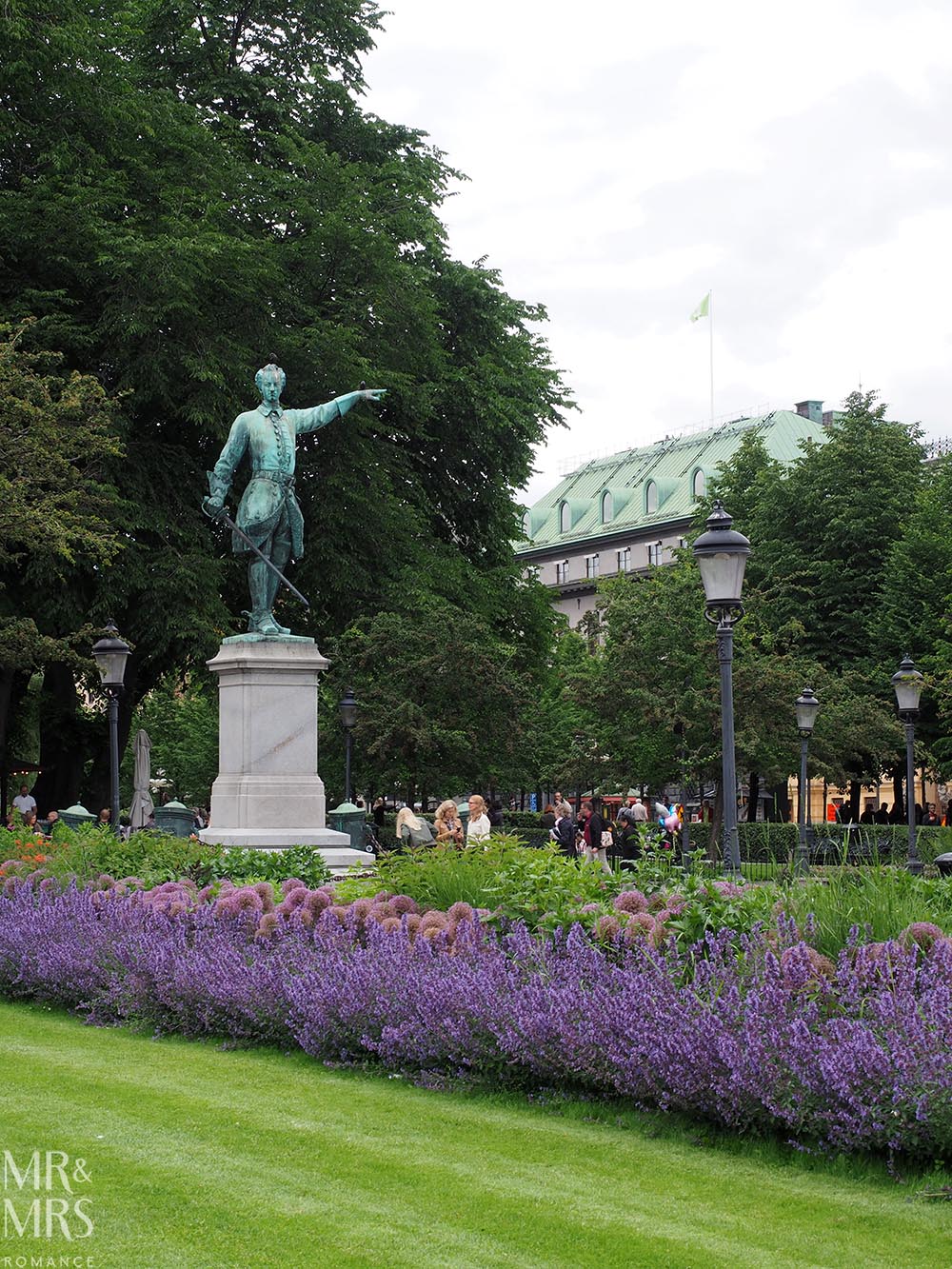 Kungsträdgården, the “King’s Garden” is known as Kungsan by the locals. Dating back to the Middle Ages, this sprawling park hosts outdoor concerts in summer and an ice rink in winter. It’s the perfect spot for people watching with outdoor cafes throughout. 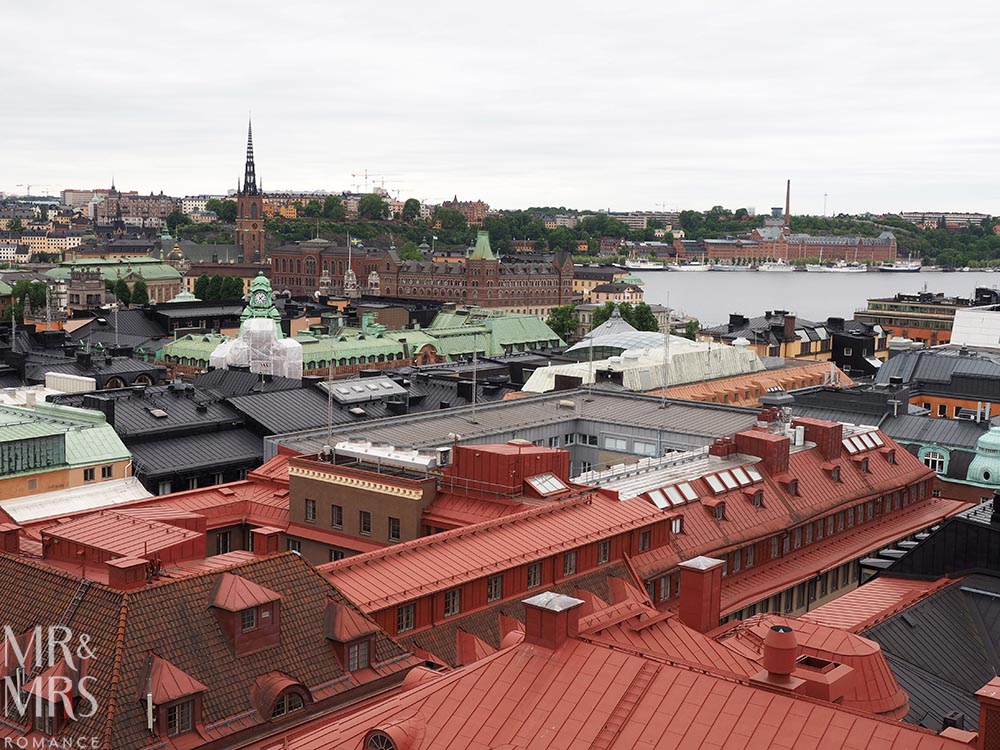 Head to Tak bar and restaurant in Norrmalm and find yourself a spot on the rooftop terrace. Not only is a cool place to hang out, but you’ll have views over to Gamla Stan like this.

The locals love a rooftop bar. Although Tak (literally ‘roof’ in Swedish) is probably the best in the city, the large number of rooftop drinking and dining spots in Stockholm speaks of an obsession we can relate too. 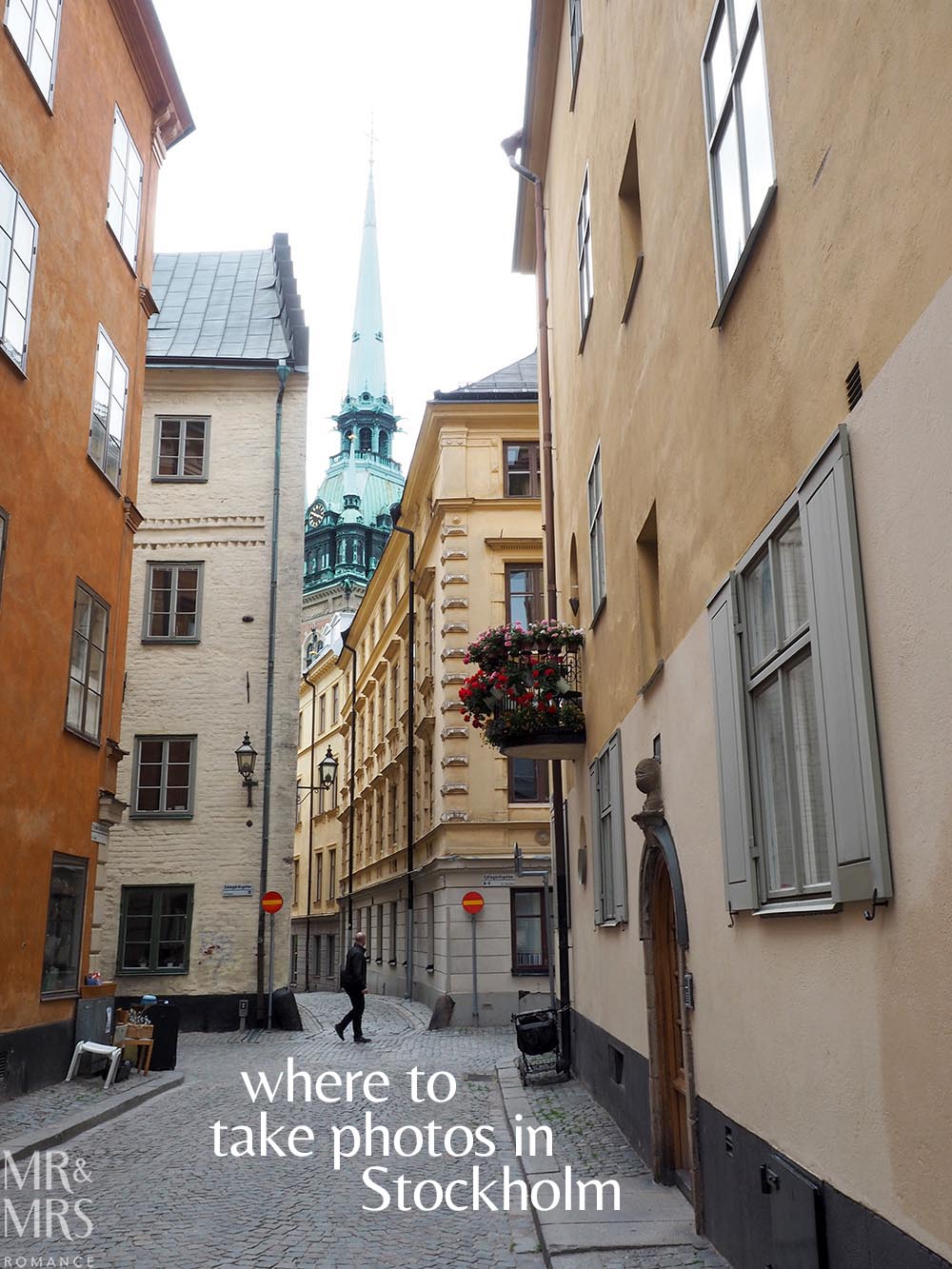 How to cross the Continent

So what was the likelihood that our journey from Puglia – the south-easternmost part of Italy – to Stockholm was going to be an easy one?

Actually, it was surprisingly simple.

And it’s a journey we highly recommend.

You can fly from Brindisi International Airport direct to Stockholm’s tertiary airport Skavsta every day, and it’s not even that expensive. Just be prepared for a bit of a coach ride into town.

Read more about our time in Puglia here.

Want to see more of our travel and food photography tips? Click here. 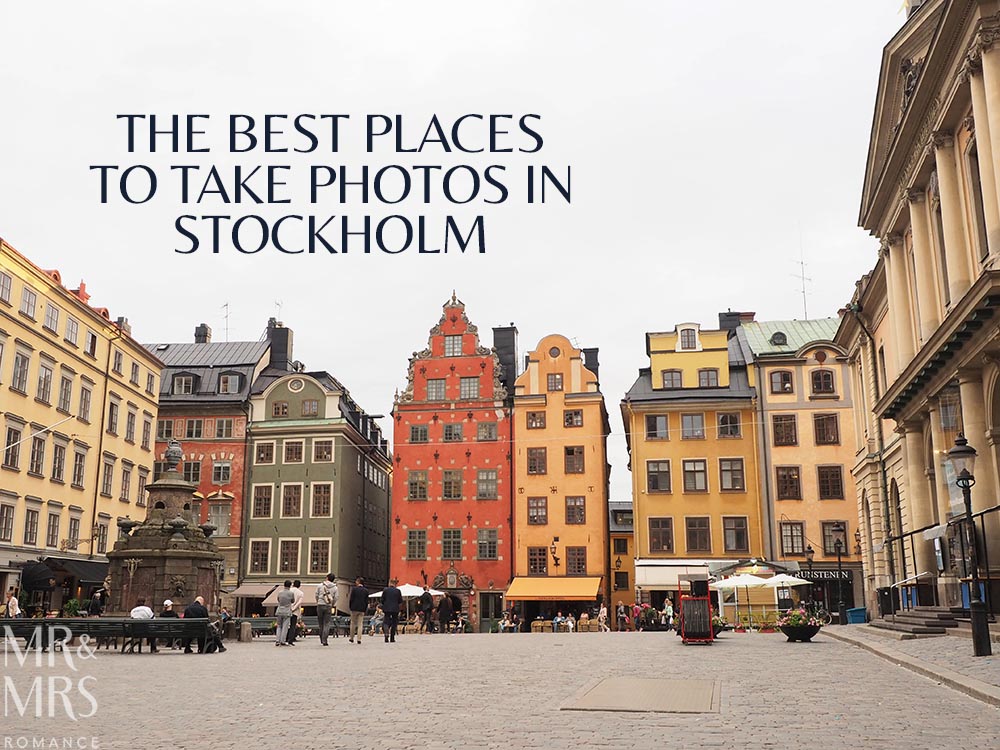 Have you ever been to Stockholm? Do you have a photography tip you can share with us for making the most of a destination? What’s the most unexpected connecting flight you’ve ever had? Tell us in the comments!

For years there’s been a void between the humble pub chip and it’s south-of-the-border cousin, nachos. Thanks to our recent trip to San Francisco,…